I’ve always been fascinated by people who are gathered together in masses with the shared interest for “unusual” things. Be it computer gaming, military vehicles – or in this case – Japanese pop-culture. 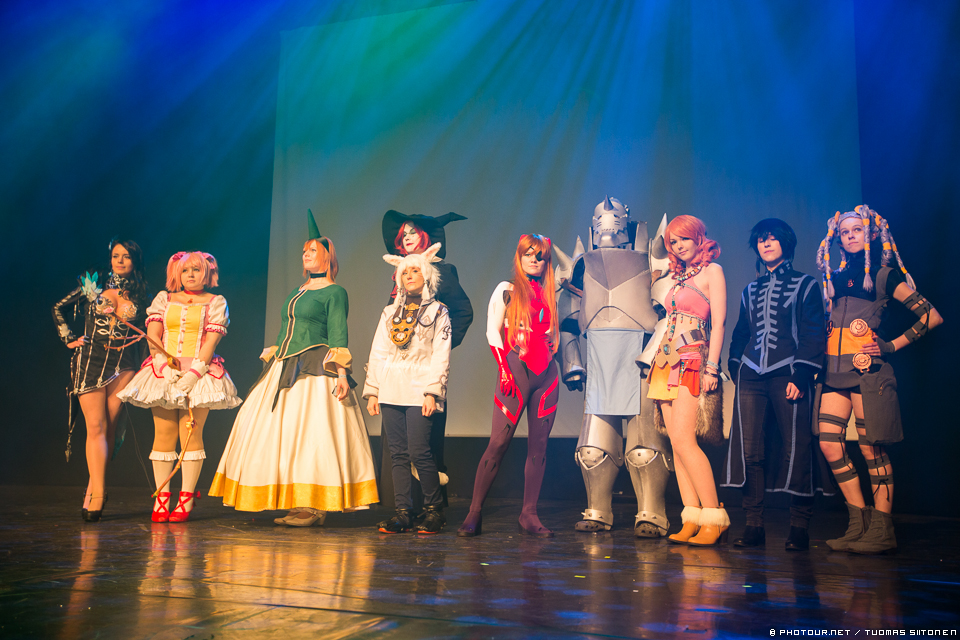 I’m not a person who’s actively researching Japanese pop-culture by any means. Sure, I’ve watched a few series of anime here and there, but I’ve never been anyhow into it with much enthusiasm.

But some people are, and some of these people even spend months in creating a costume based on anime, manga or other such pop-culture reference, to be shown off to other enthusiasts.

When I heard that there would be a convention with a set age limit of 18, I really got interested. Quite usually the anime fans are stereotyped as 13-year-old screaming children who are constantly blocking the pathways of the convention and hugging.

Yeah, hugging. Suddenly, without a warning, without any questions, the children might run towards you and start hugging you. As a person who likes his boundaries, that is really disturbing.

I was not disappointed by the event.

The atmosphere of the convention was quite different from the last time I had visited one. Everyone was more polite, people did not push to get through and overall the feeling was much more… united. It truly was the most mature convention I had ever attended.

I wish there’d be another like this before next year. Even to a person who’s not actually a fan of Japanese pop-culture, this convention was truly a wonderful experience. I miss it already.

Photographing the event was quite challenging, but not for the obvious reasons. The people cosplaying loved to pose for the cameras and did so whenever a camera pointed at them, even without asking to strike a pose. This was rather problematic for me, as I didn’t want poses – I wanted to document the event and its people in natural state.

Now don’t get me wrong: I absolutely adored the cosplays and understand the effort that had gone into the outfits, but if I were to do what everyone else was taking photos of – the outfits and related poses – I wouldn’t have practically done anything of my own.

It’s just like taking photos of a wonderful painting: sure, the painting is beautiful, but the photograph of the painting is worthless as it’s just a duplication of the original masterpiece.

Naturally it’d all be different if I would’ve arranged a specific photoshoot with original ideas and proper planning, but I simply did not have time for that. Perhaps I should try that later on with somebody.

Besides, there were dozens of photographers who wanted to record the actual outfits. And I got hundreds of other photos too, but these are the ones I absolutely want to share. Perhaps I’ll publish some of the ones with less atmosphere (but more costumes) later.

All glory to the people who made their outfits. The overall quality of the cosplays was amazing.

Ps: if these photos aren’t enough, I’ve released some more due to multiple requests:
https://photour.net/desucon-frostbite-2014-more-photos/ 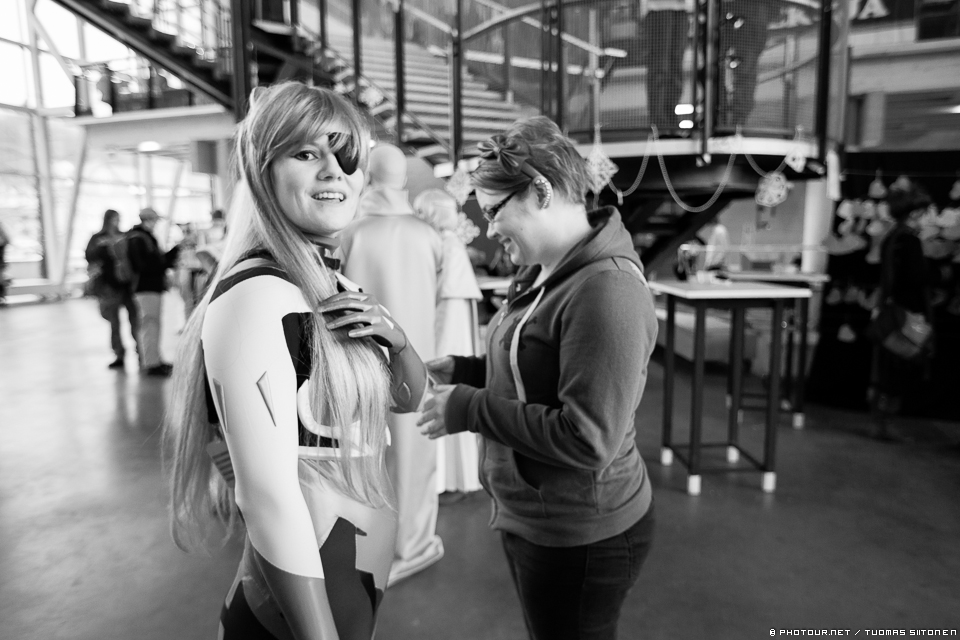 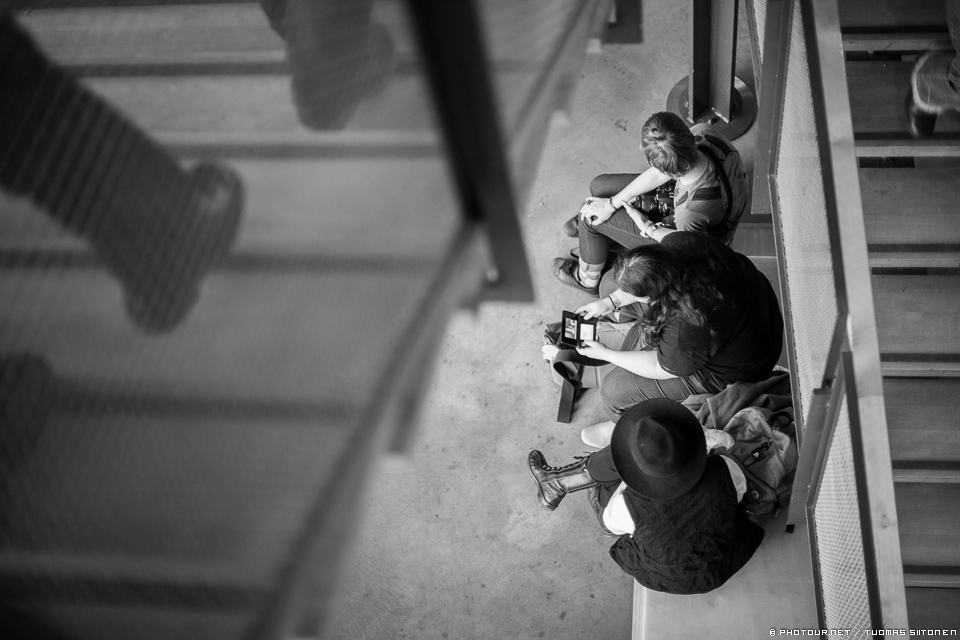 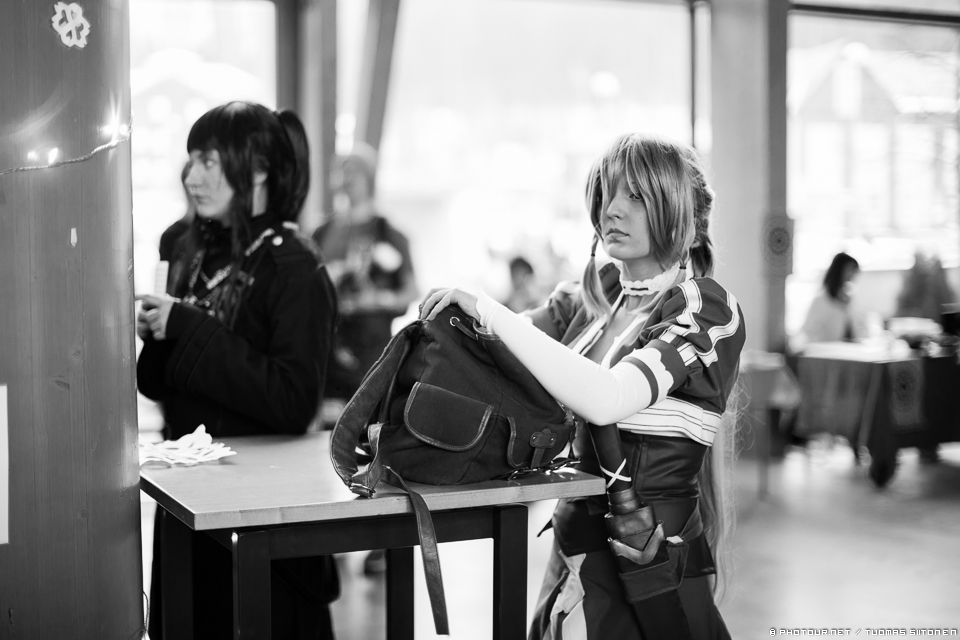 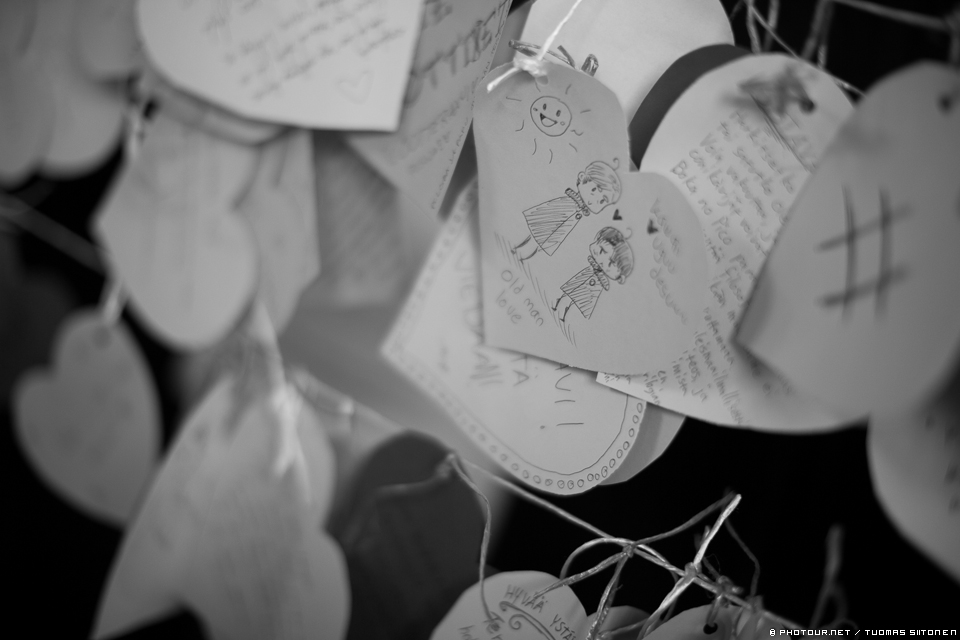 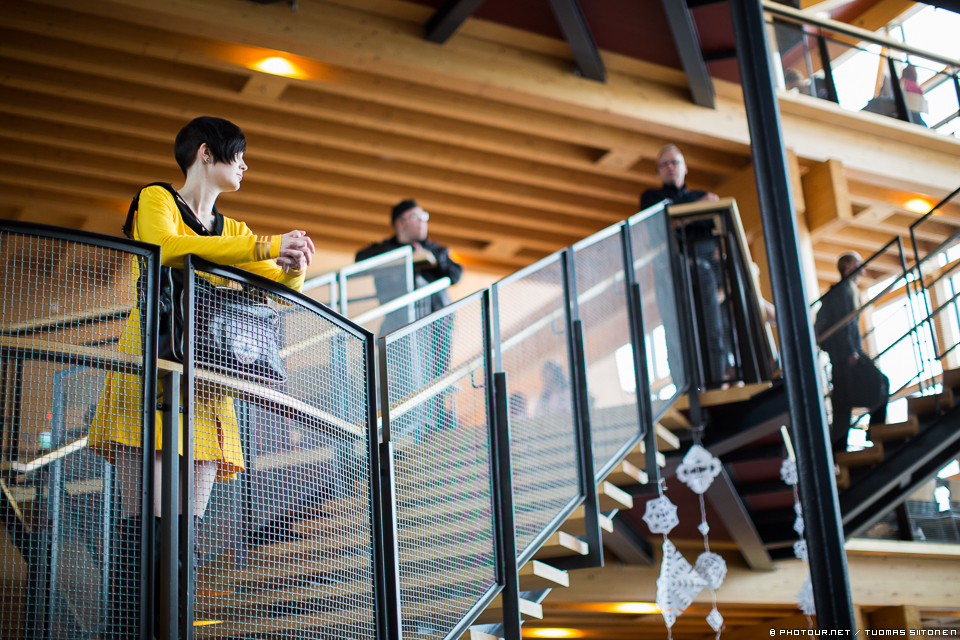 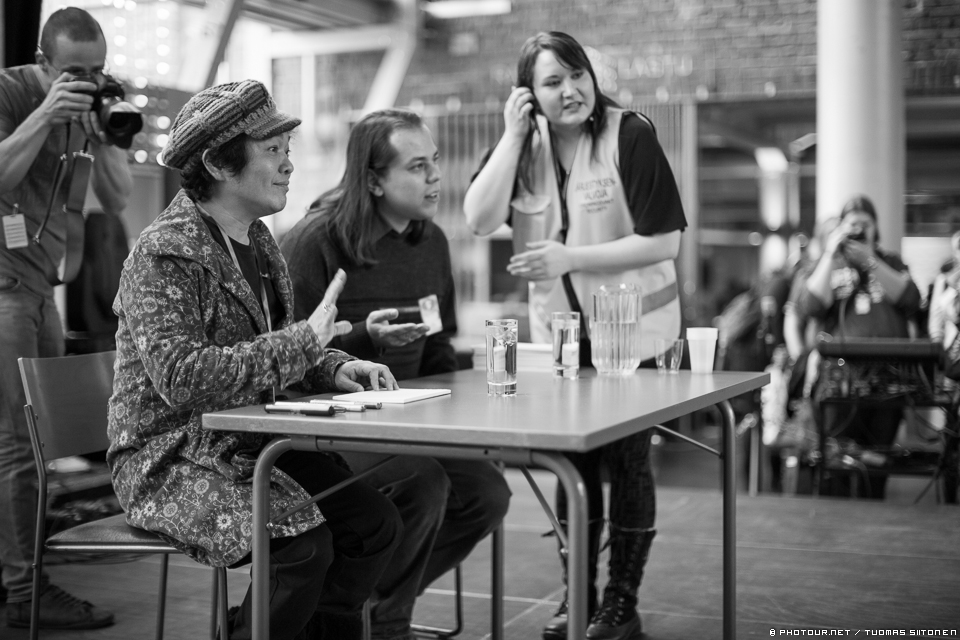 Kappei Yamaguchi handing out autographs. The line was packed with people. 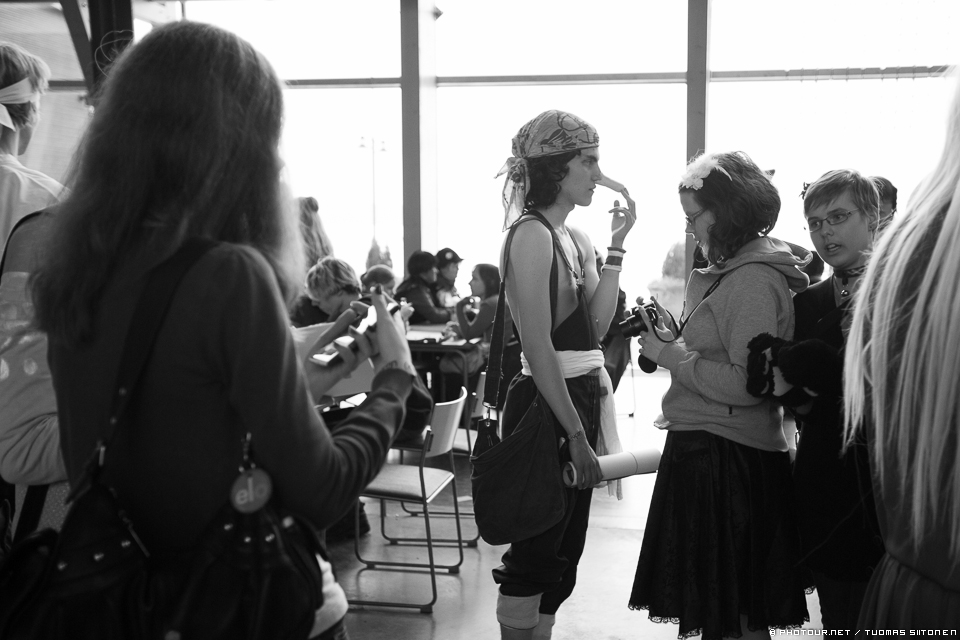 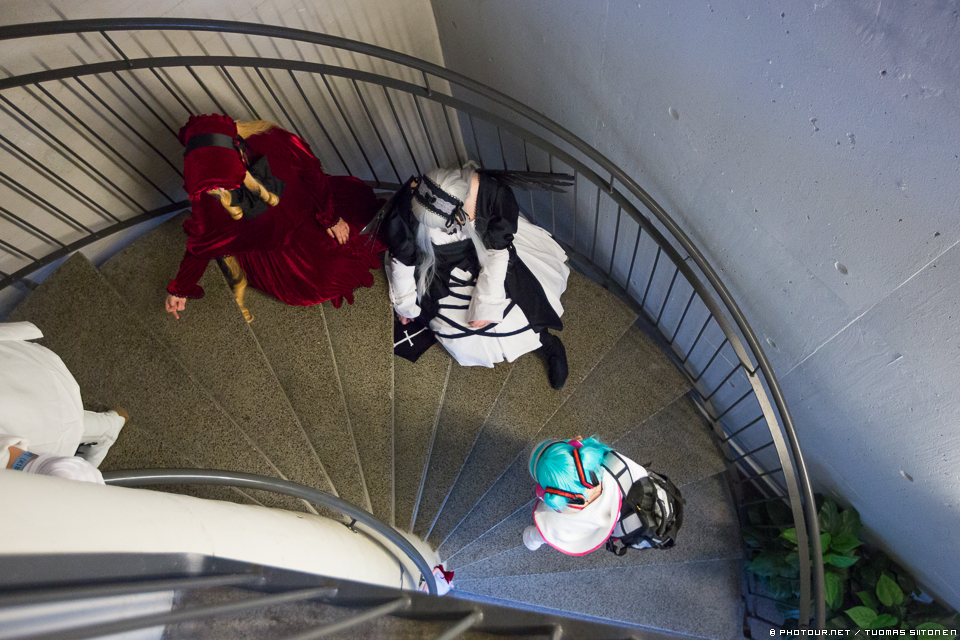 I think she’s giving the finger to the staircase. The staircase deserves it. 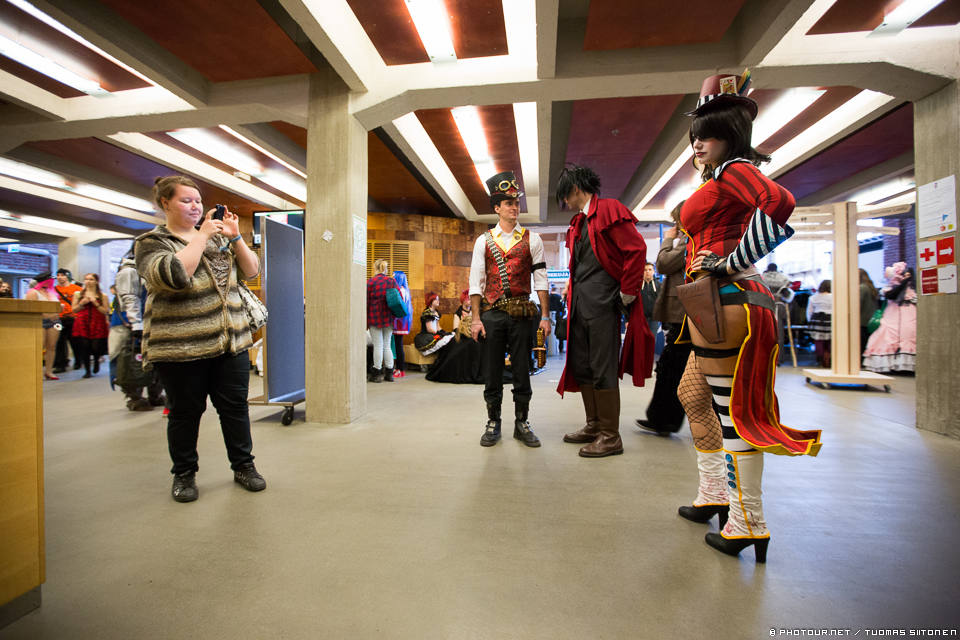 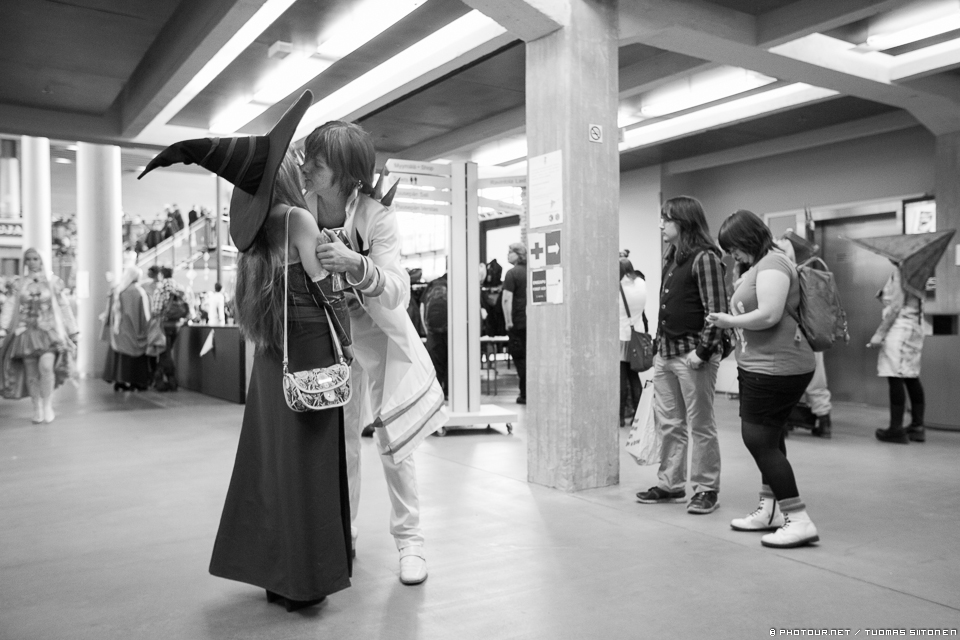 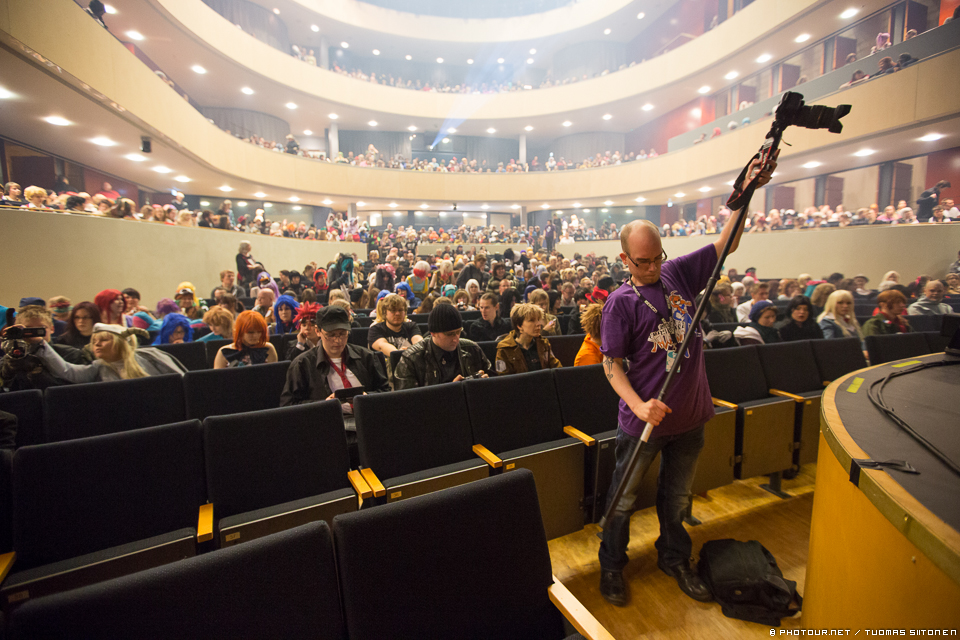 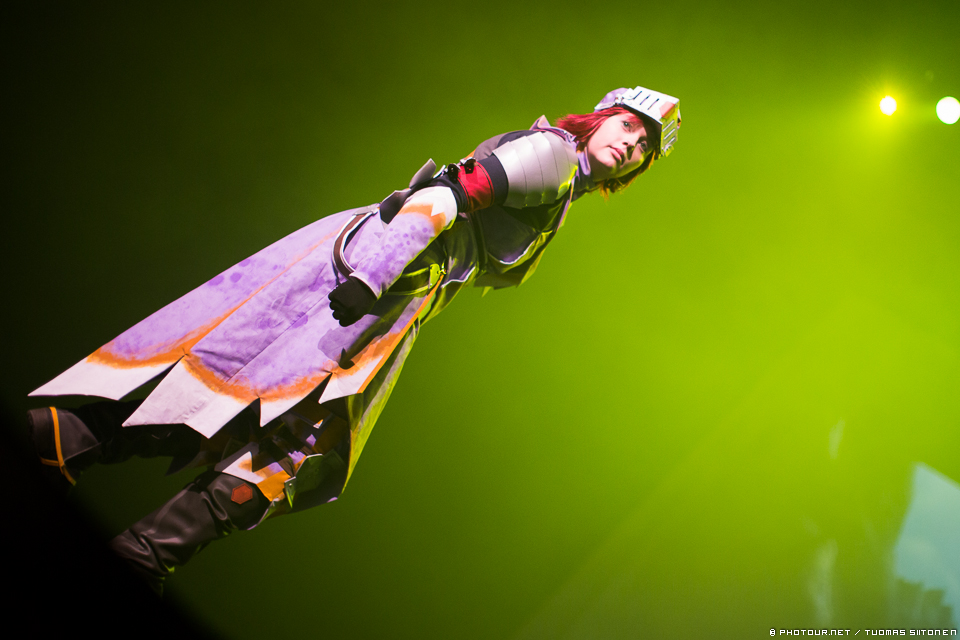 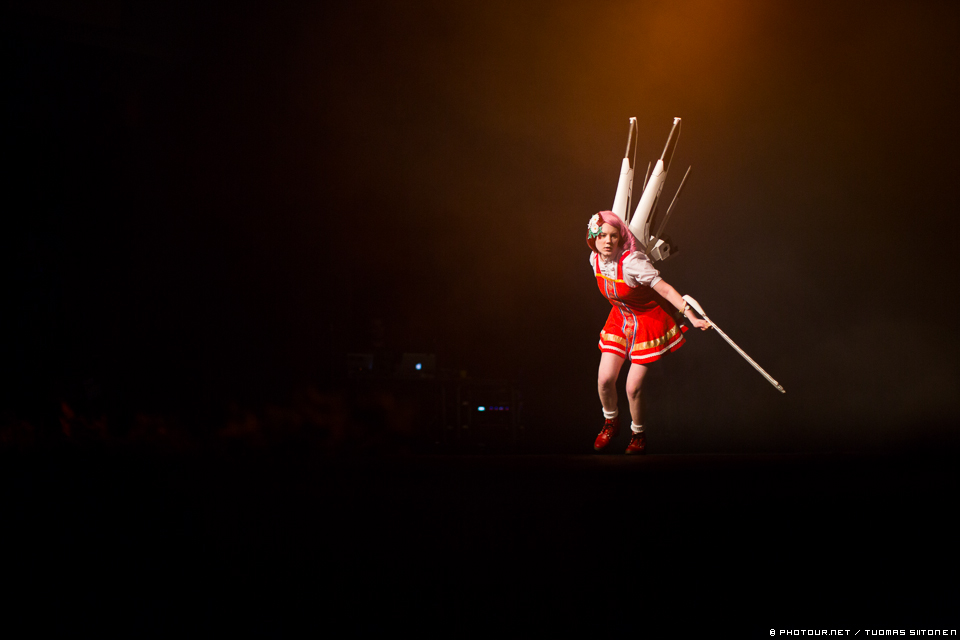 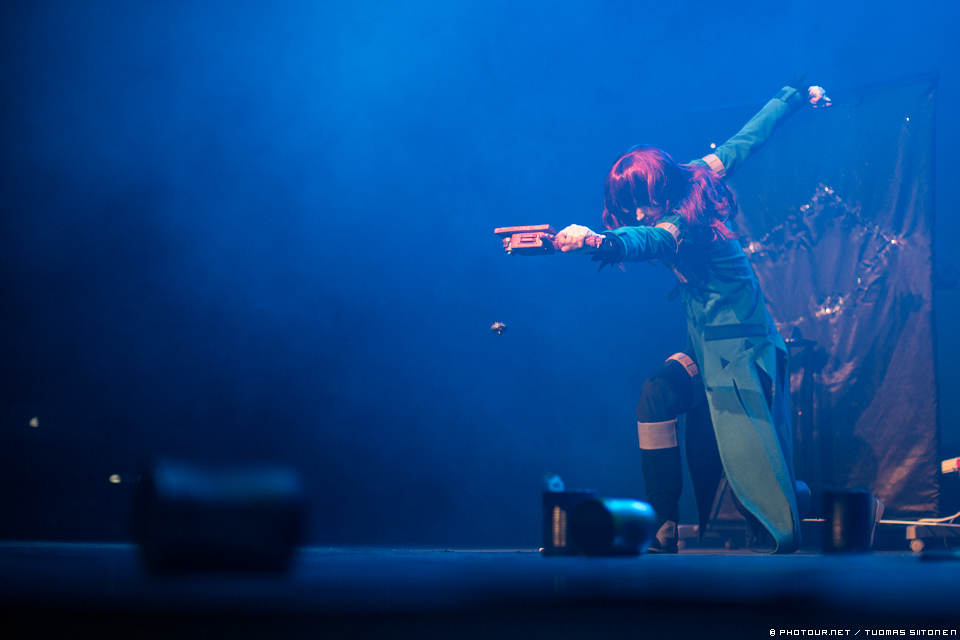 The winner of the elimination round of Nordic Cosplay Championship, Päivi Asikainen, who will be sent to represent Finland in the NCC. 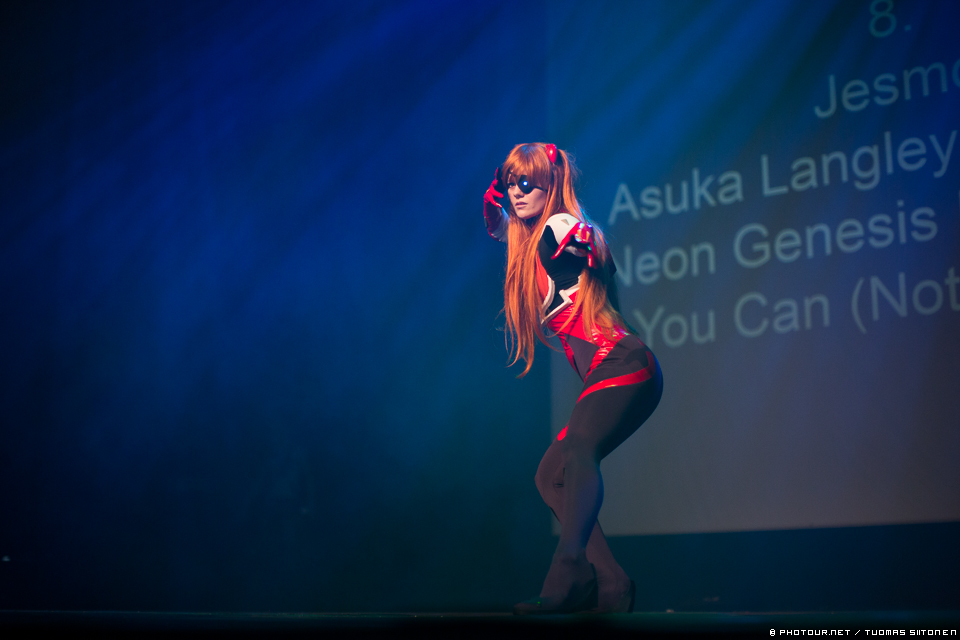 Jesmo, the winner of the Hall Cosplay competition, where the competitors were chosen from the partygoers. 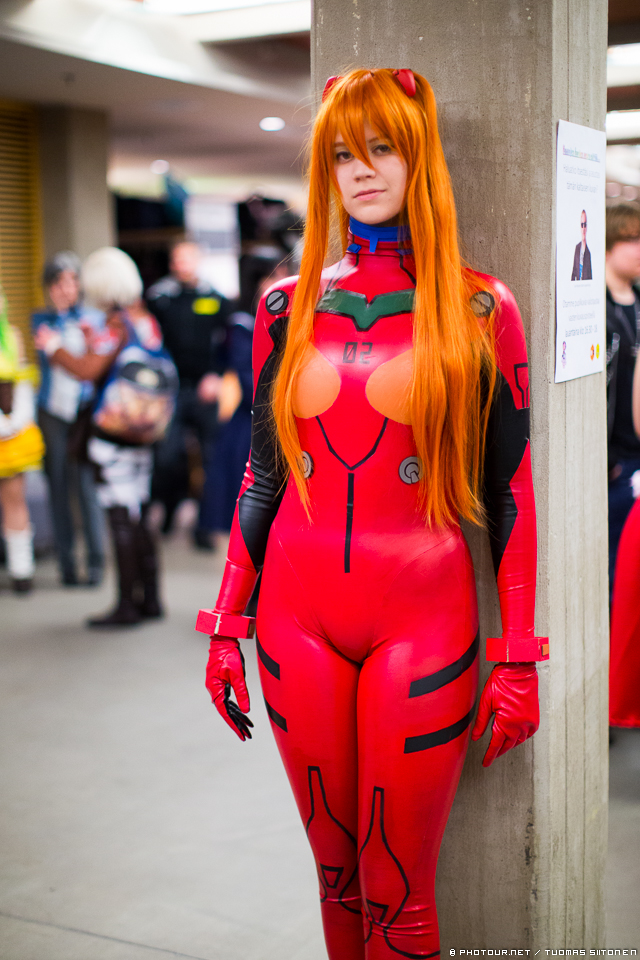 A different version of the same character. 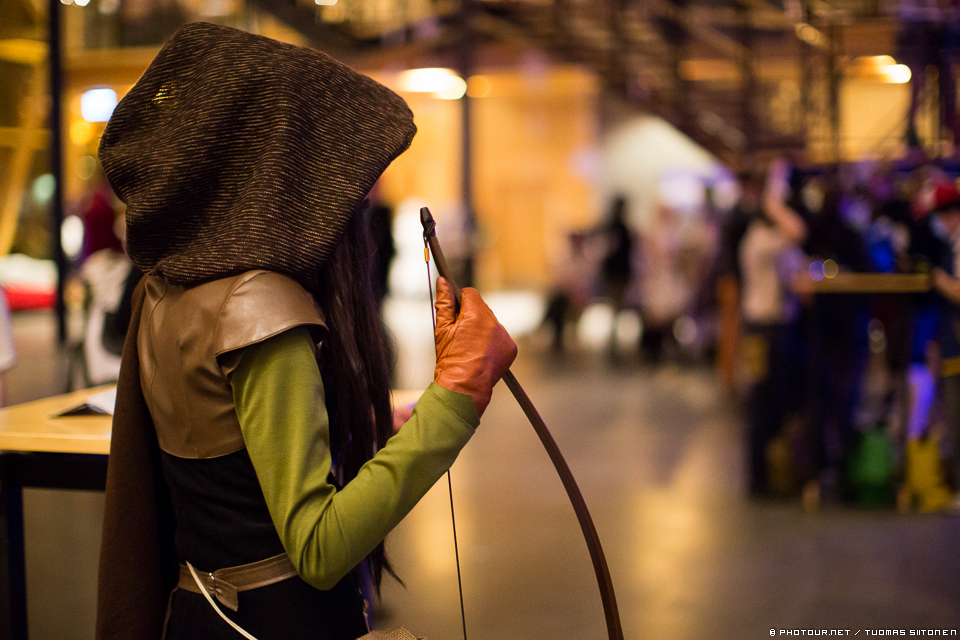 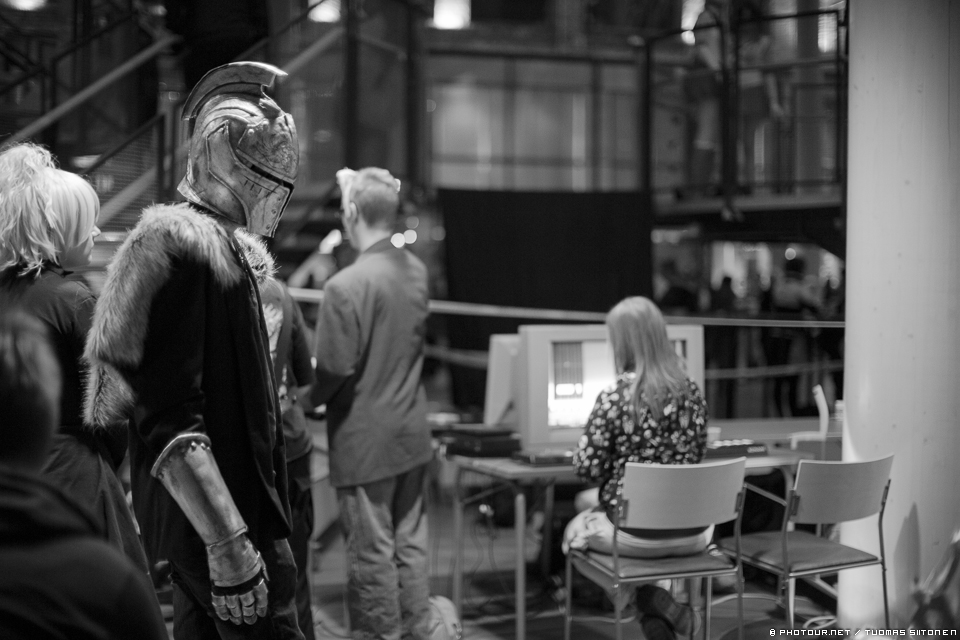 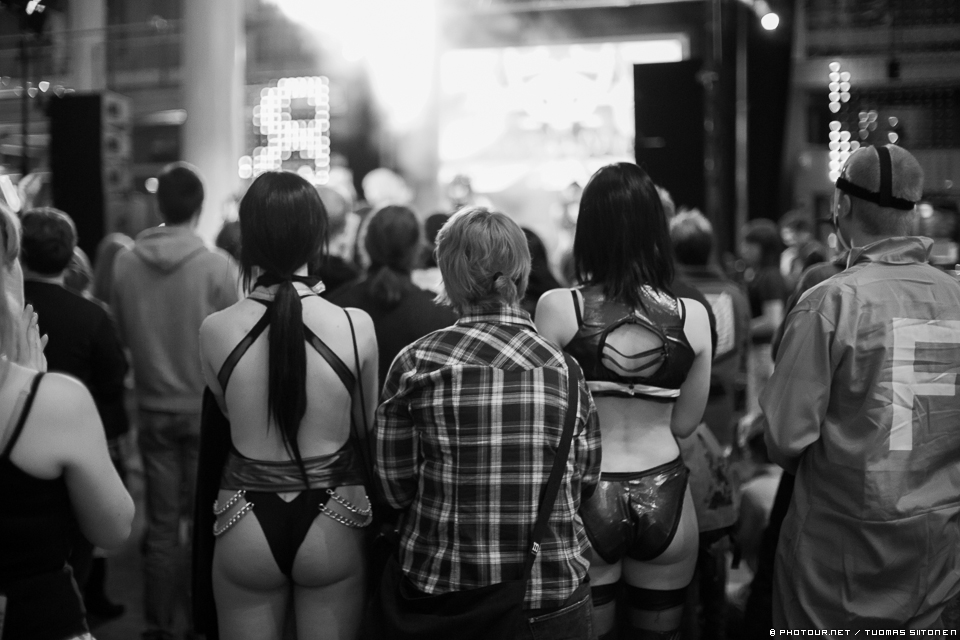 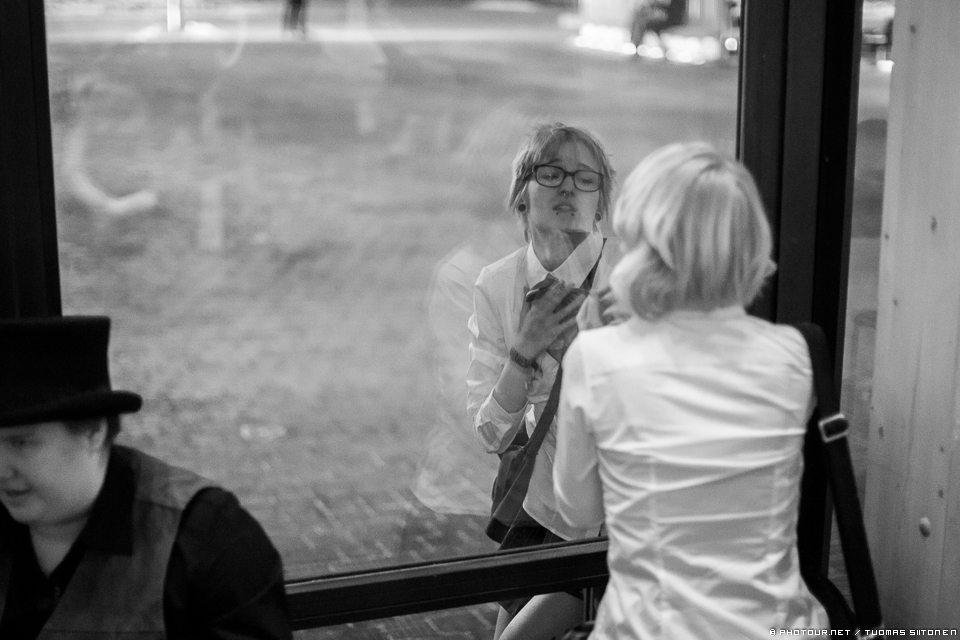 So close, yet so far away. 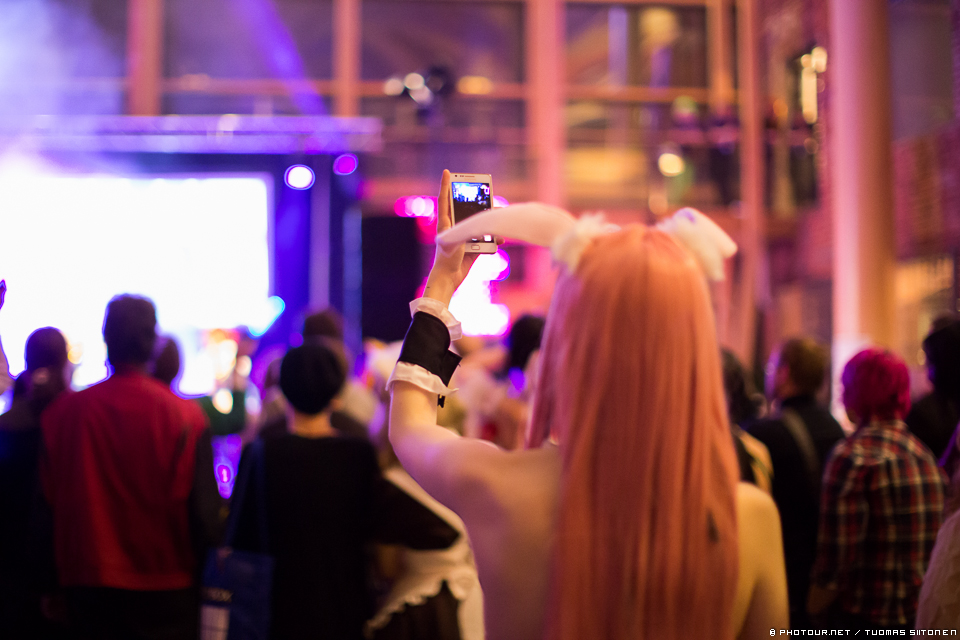 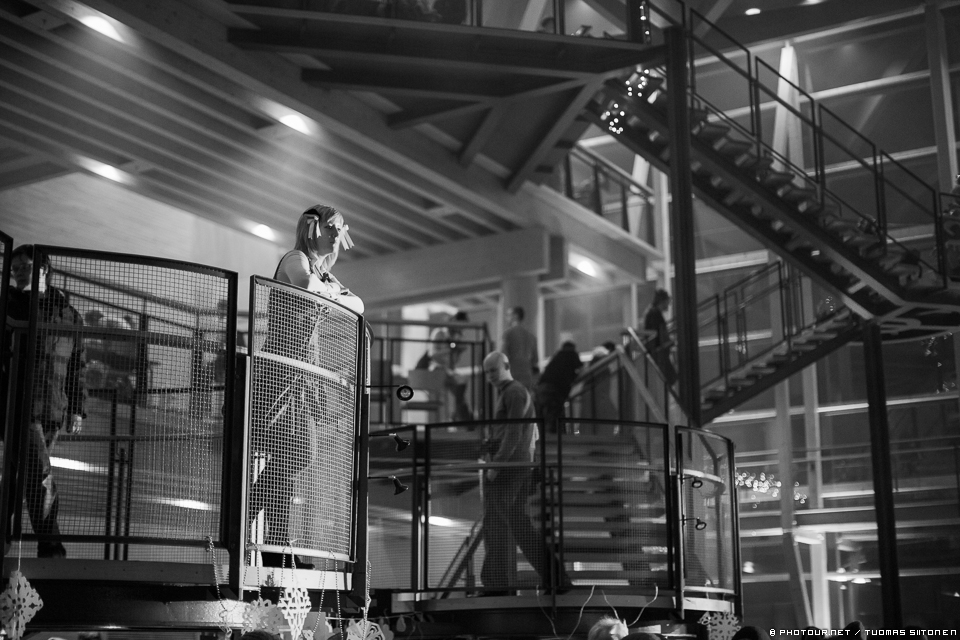