If I had to create an unveiling video of the new Canon’s ultra-wide EF 11-24mm f/4L , it’d be the monolith clip from 2001: A Space Odyssey, with the monolith replaced with the lens.

For some reason I had believed that the 11-24mm would be released for market at June, as Canon’s Professional Services had only one preview piece, but alas, no. The lens was released on February, and when I noticed that Verkkokauppa had one single lens at their warehouse, I ordered it straight away.

Let’s look into it with the assistance of fishers from Helsinki’s Hietaniemi beach. But first, some specifications.

The lens is constructed in 11 groups and has 16 elements. It has 9 diaphragm blades and its closing focusing distance is 0.28 metres.

As the lens is part of Canon’s L-series, it’s built like a tank. A tank put in a plastic shell, but a tank nevertheless; it’s a solid workhorse. But the chassis itself isn’t what worries me; it’s the huge front lens. It’s so huge and peeks so far from the lens that – if carried carelessly on a shoulder strap – the lens will hit something and get scratches in it. Or a door might open and hit the lens in the face, just as happened with my colleague and his 14mm f/2.8. 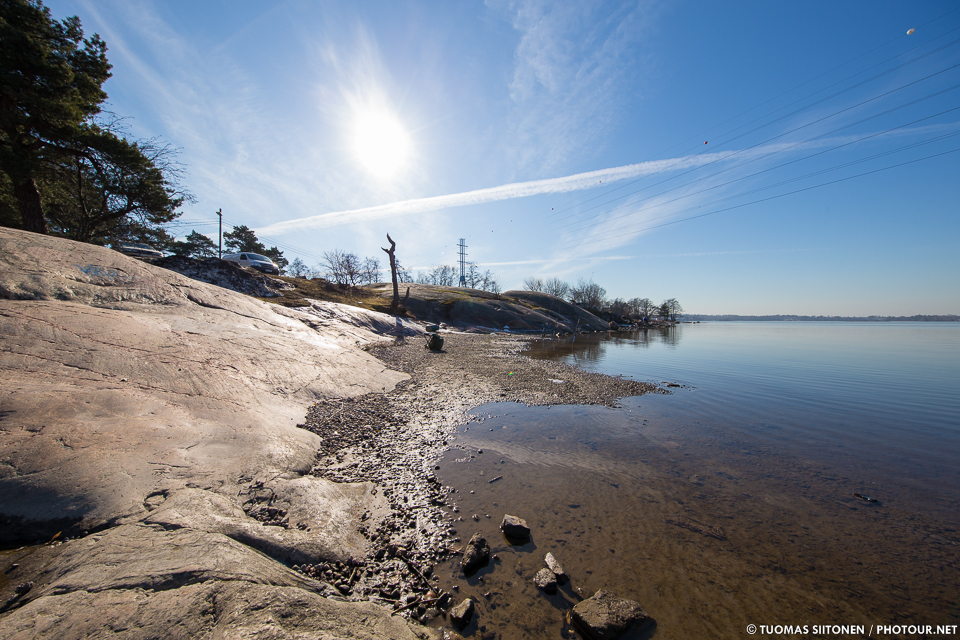 The 11-24mm is at home in landscape photography. Only minor flaring can be seen as the little green spot at the middle of the image. 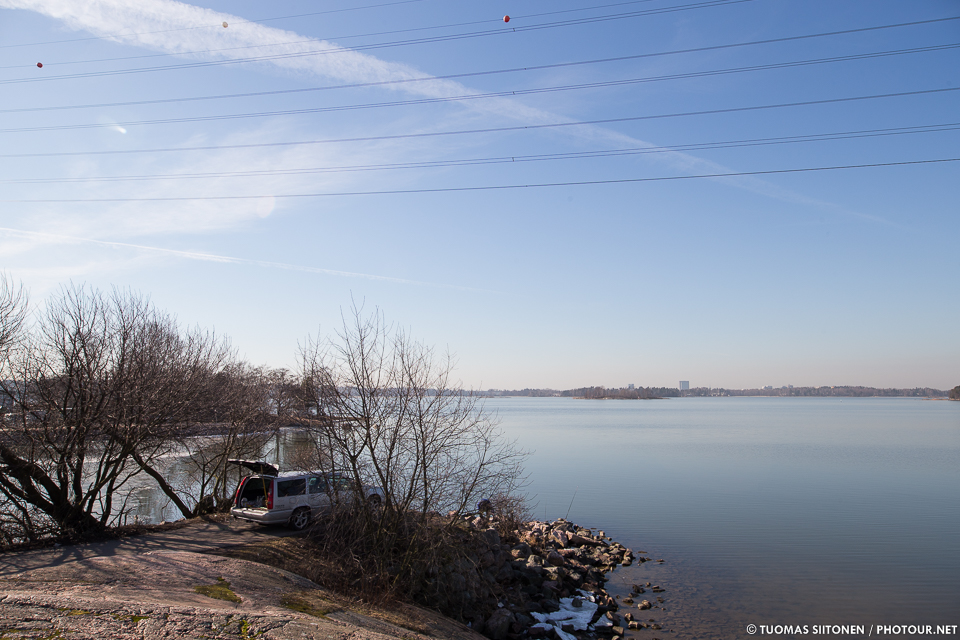 At 24mm the lens excels as it should. Little flaring is seen at the left-hand top corner.

Now that we’ve got through all that silly stuff, let’s get into what really matters: taking photos with the lens. And it’s harder than it sounds – especially when shooting at the lens’s widest end.

The world is so… wide. It’s like playing Quake with a FOV of 120. That’s not too far, actually, as 11-24’s widest field of view is 117º. It’s crazy – especially how it has only very slight barrel distortion.

When you look through the viewfinder, things seem normal at first, but when you move the lens – or something moves in its frame – you see how wide it the lens actually is. You start to see things differently. You have to be extremely close to avoid leaving the image empty. Plus, using the lens at its widest when shooting portraits is not the best idea, as it distorts the figure. 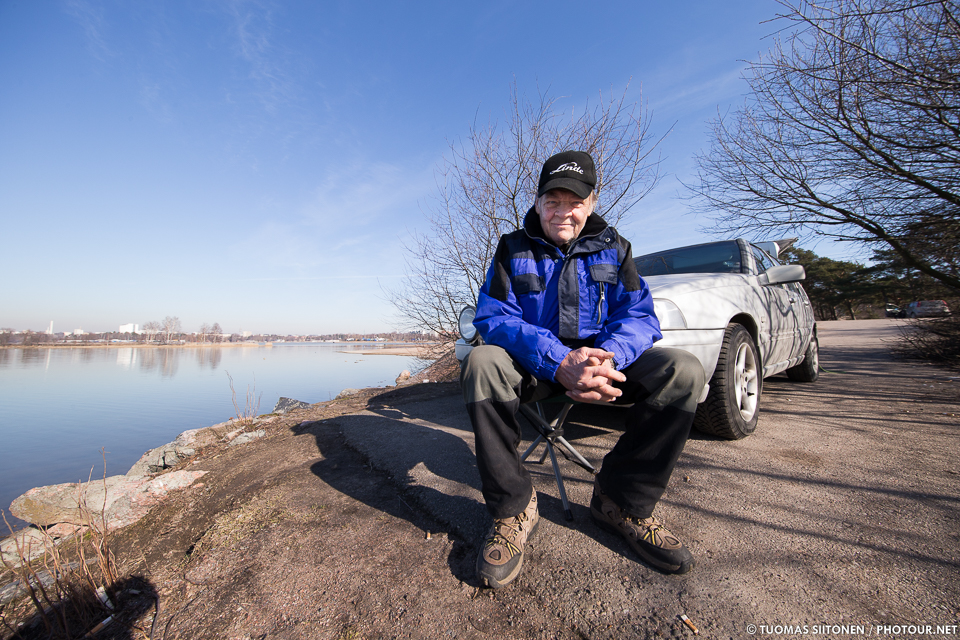 This wonderful fisherman was catching whitefish from Hietaranta beach at Helsinki. Not much luck today, only a half-kilo fish had bitten the bait. This photo was shot at 11 millimiters with aperture of f/8. You can see the lens’s distortion at the fisherman’s cap. Not much visible barrel distortion. Notice photographer’s shadow at left corner.

Looking at the images of the first shoots, this lens is also extremely sharp, it has a wonderful contrast and the colours are vivid.

And then you start hating your shadow. When the sun is near the horizon, your shadow starts appearing in every single image. Some angles are just simply out of question because your shadow intrudes the image. And when you think that you’ve adjusted your view perfectly, you then look at the image and see that fuzzy-haired little bastard in the corner of the image.

I now understand why Peter Pan had beef with his shadow; he probably had this lens.

Is the lens worth the excruciating cost of 3,500 euros?

It can be, if you shoot architecture, landscapes or perhaps even press photography, especially when many broadsheet newspapers are turning into tabloid format with less space for series of photos. This lens will most likely be the cornerstone of real estate and landscape photography, and that itself can be the reason to get the lens if you do that professionally. It’s a tool to suit your professional career, but with this price it’s not likely to be very popular among hobbyists. But then again, you can’t get another lens like this. 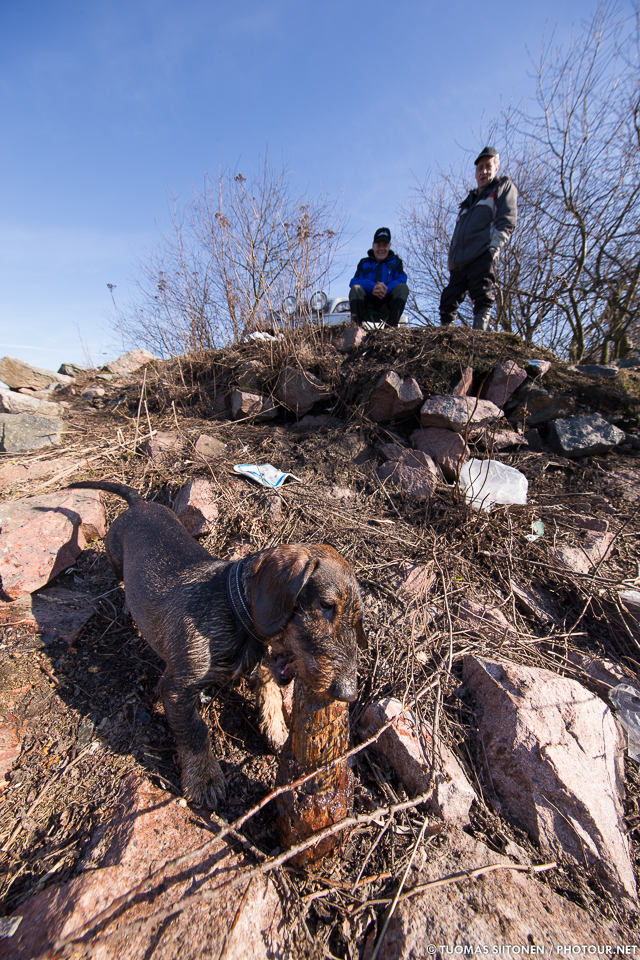 When you just have to fit every single element into the photo. 11mm @ f/8.

There are no questions whether this lens is an excellent one – it’s beyond that. And when it’s that good, there’s really no need to compare graphs – at least that’s how I feel it. The real-world problem is the actual need for an extreme lens like this. And truth be told, 16-35mm was not enough for me.

Note: During the first-day test with Canon’s 1D X, I managed to get two Err80’s with the latest firmware (2.0.3), which is somewhat worrying. The errors happened when focusing and it requires a removal of the battery. I’ve contacted Canon’s Professional Services and I will update this spot when new info comes in.

Note 2: Canon Professional Services estimated that the errors are most likely due to my 1D X’s electronics failing at some level, thus the general “Error 80” message. Dropping the camera to a service point as soon as the urgent photo gigs have been dealt with. 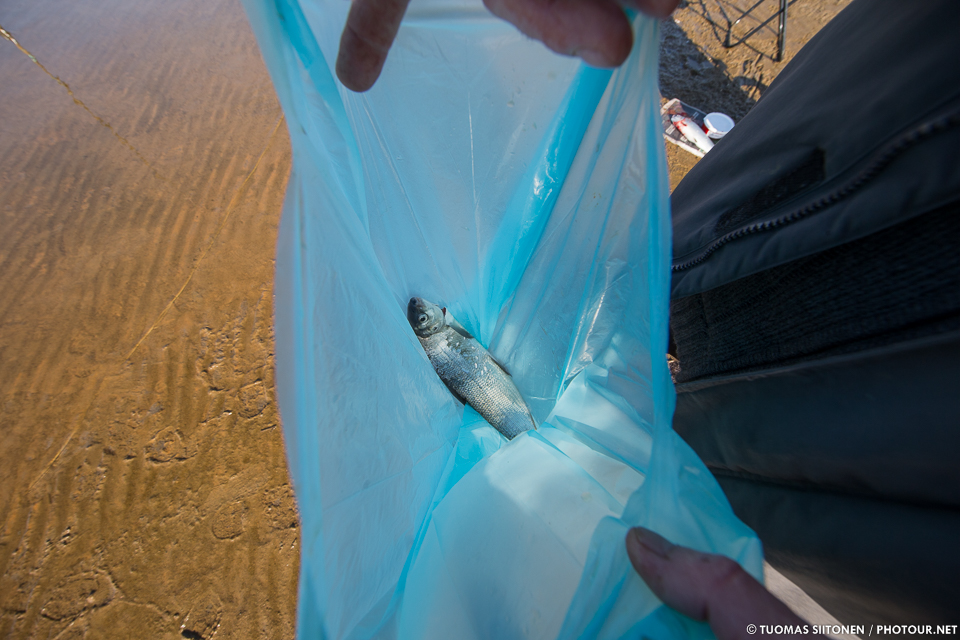 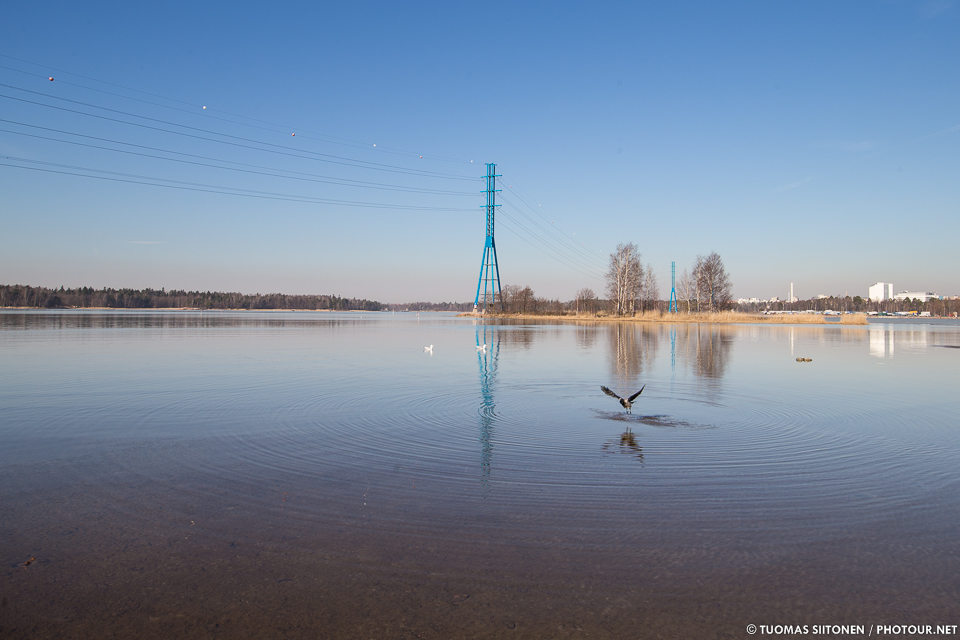 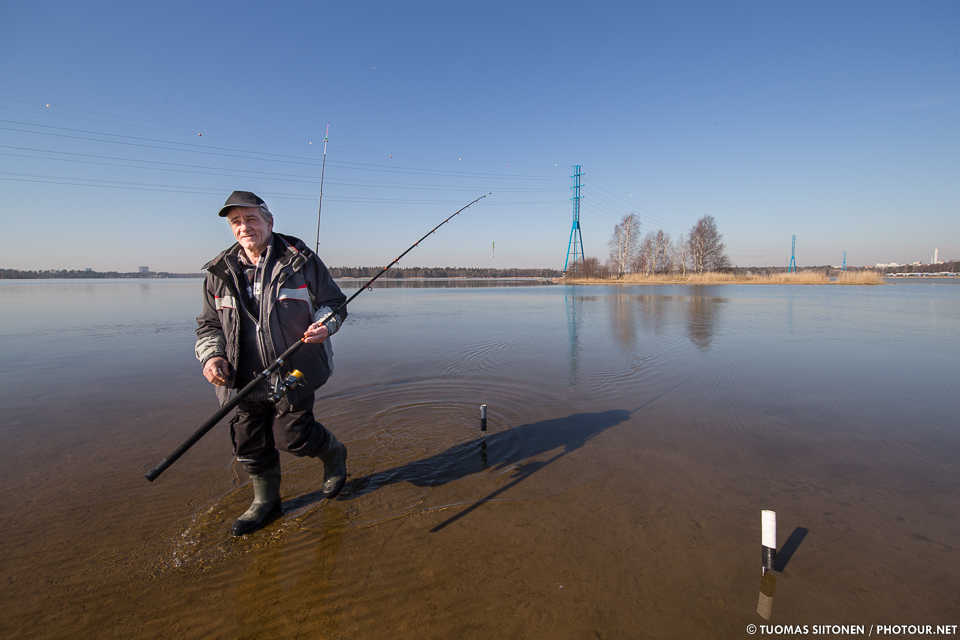 The danger of the lens persented: too much empty space. 15mm @ f/8.

EDIT! Apparently 11-24 is also awesome for shooting the northern lights. 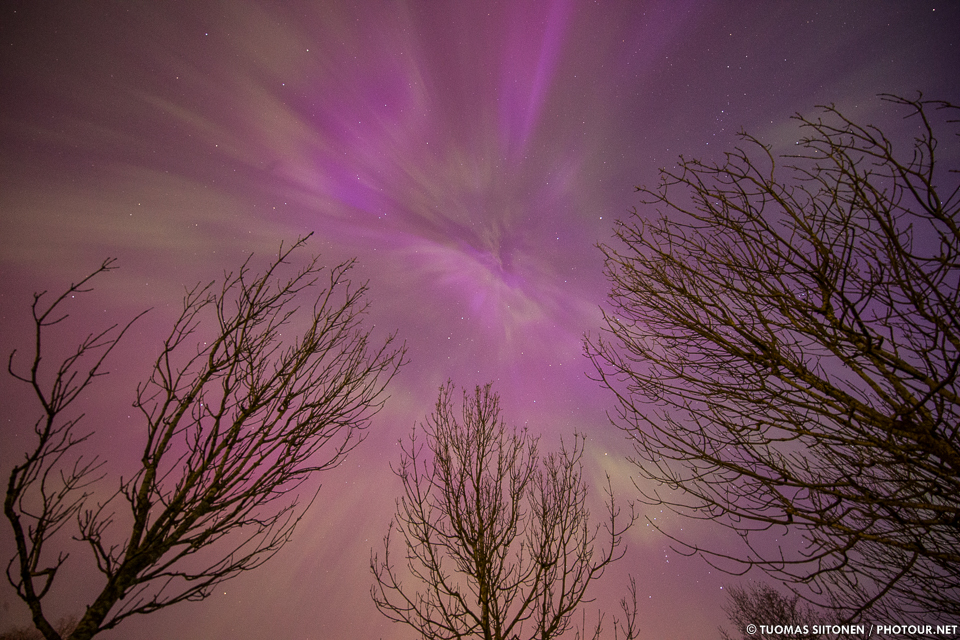 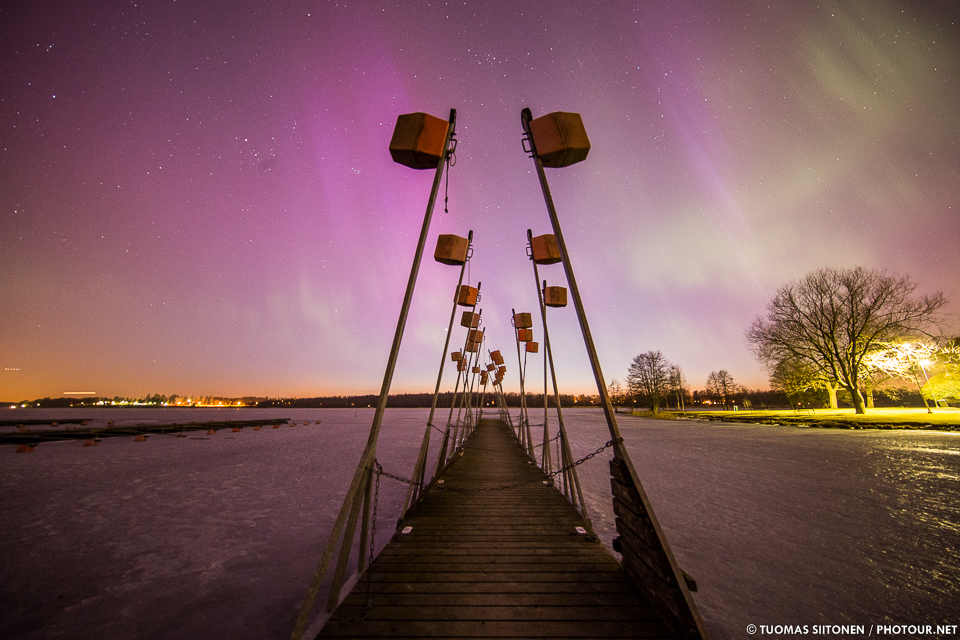 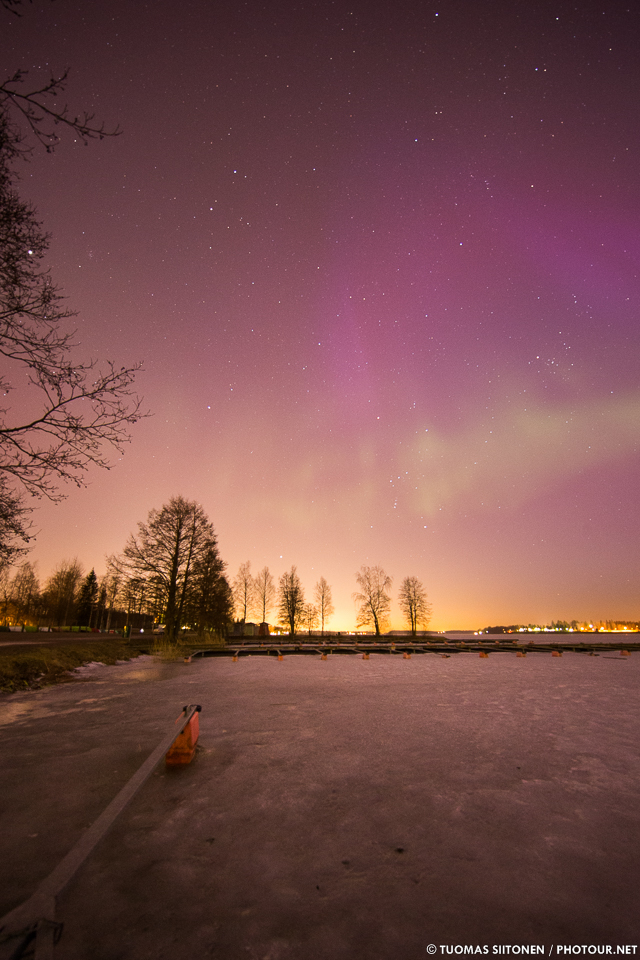