So there I was, ending up a meeting by the Pressiklubi, when a friend of mine told me that there’s a some kind of a victory party going on, celebrating the Finnish U20 (under 20 years) National hockey team’s gold medals. I peeked through window, and there it was, indeed; thousands of people waving around Finnish flags.

This is exactly why I bring my camera with me everywhere, just like I had done so today. With a spare lens, too. It weights a ton, but I simply don’t feel whole if I’m leaving home without it.

The crowd was packed in a quite tight package, thus I couldn’t get into the inner layers of it, right where the atmosphere was at its best. To be honest, I wasn’t that interested on what was happening on the stage, but after a while of wandering around I found my way in to the press enclosure between the stage and the audience.

After the players drove away in their limousines, the audience scattered around the city aimlessly without the intention to keep the spirit up, unlike on 2011, when Finland won gold in the Ice Hockey World Championships.

Too bad. I would’ve wanted to capture the true spirit of the own celebrating groups, not just the tight-packed audience of few thousand people in front of a tiny stage. 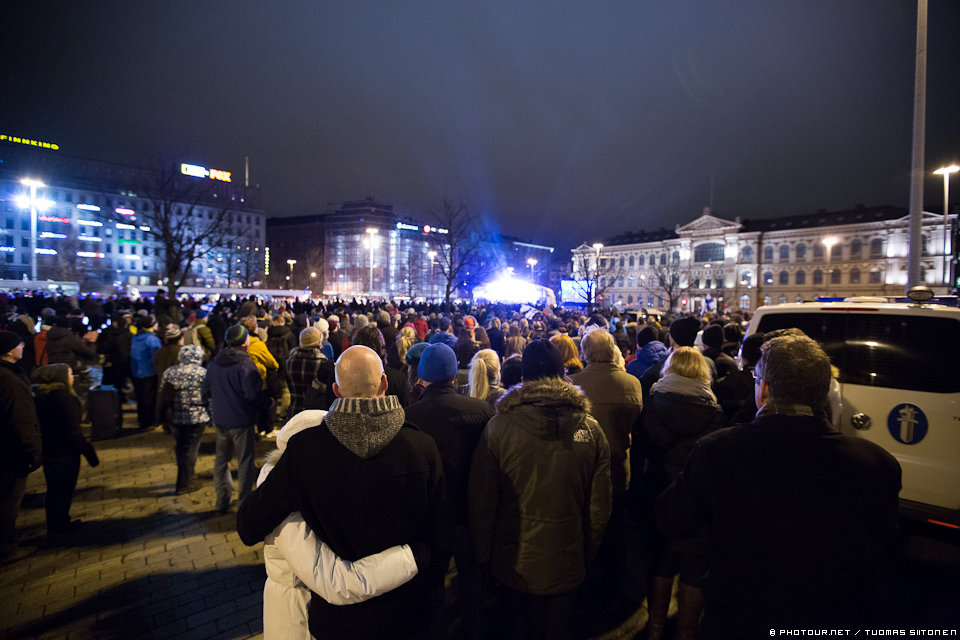 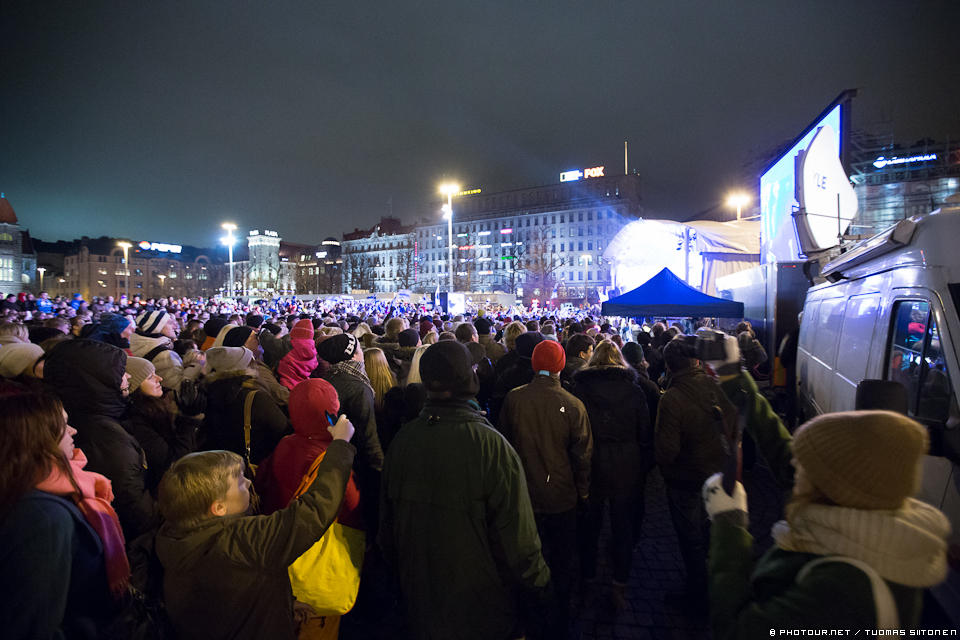 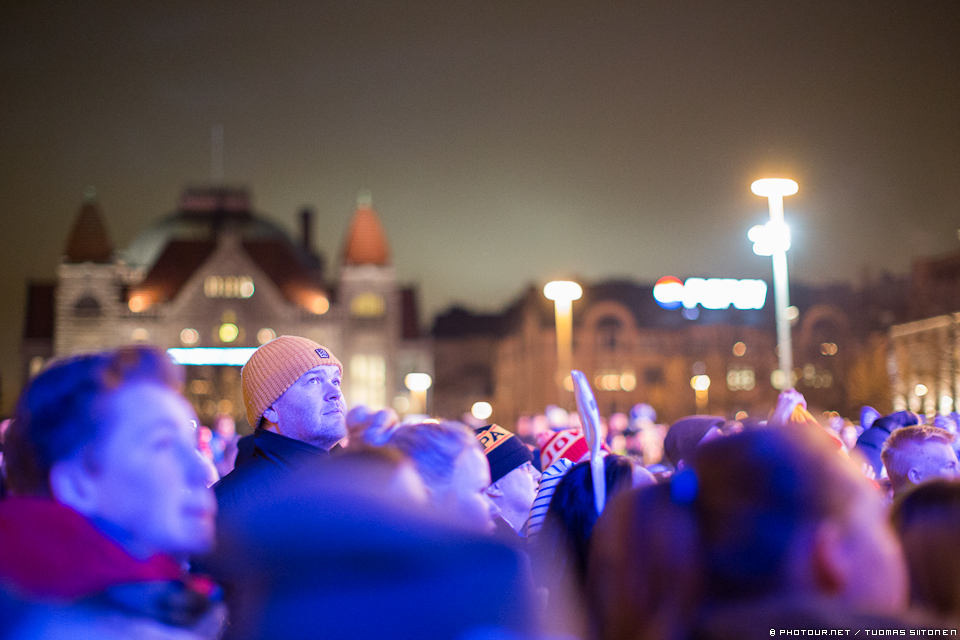 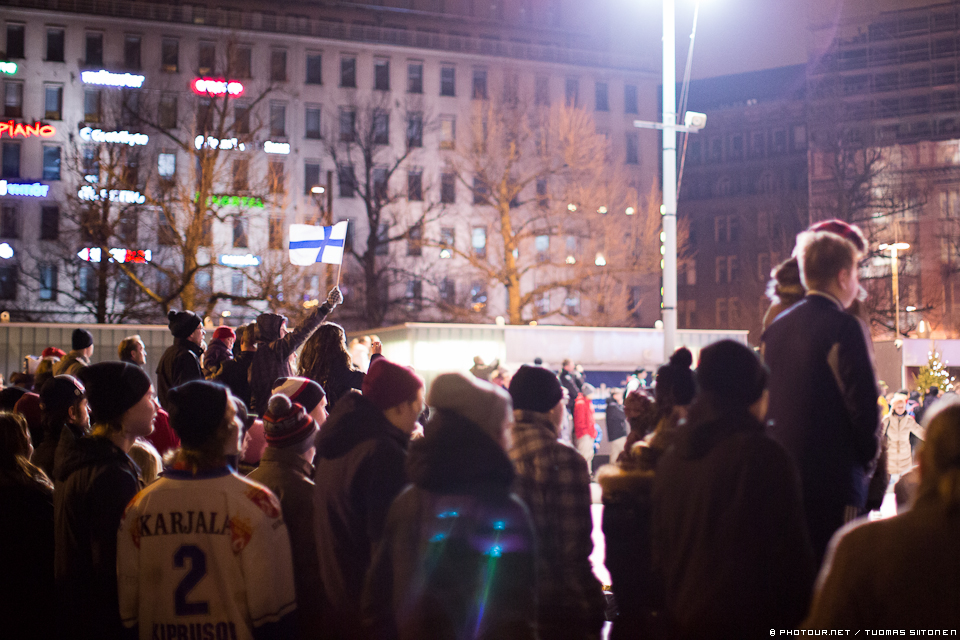 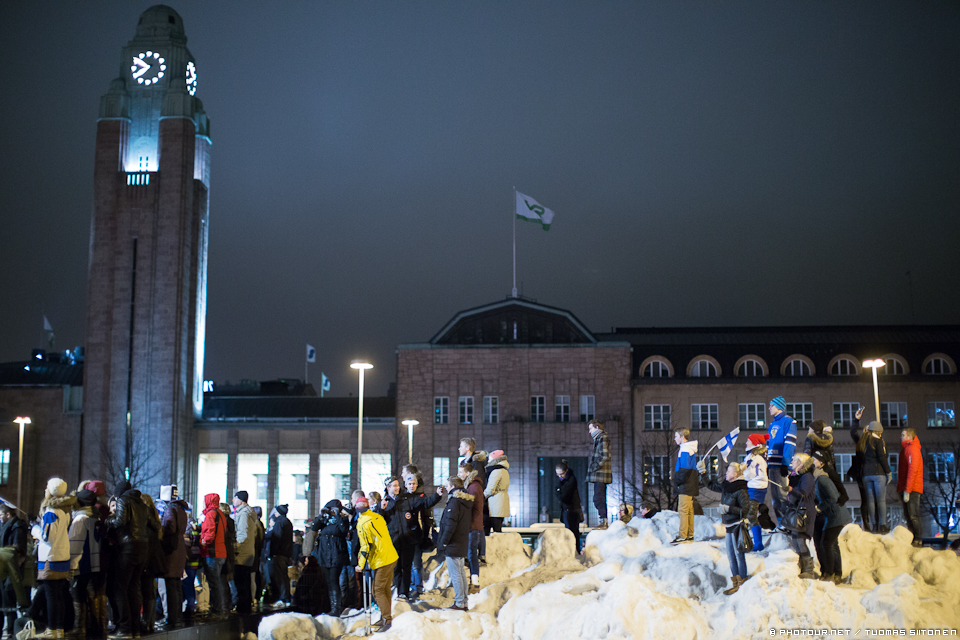 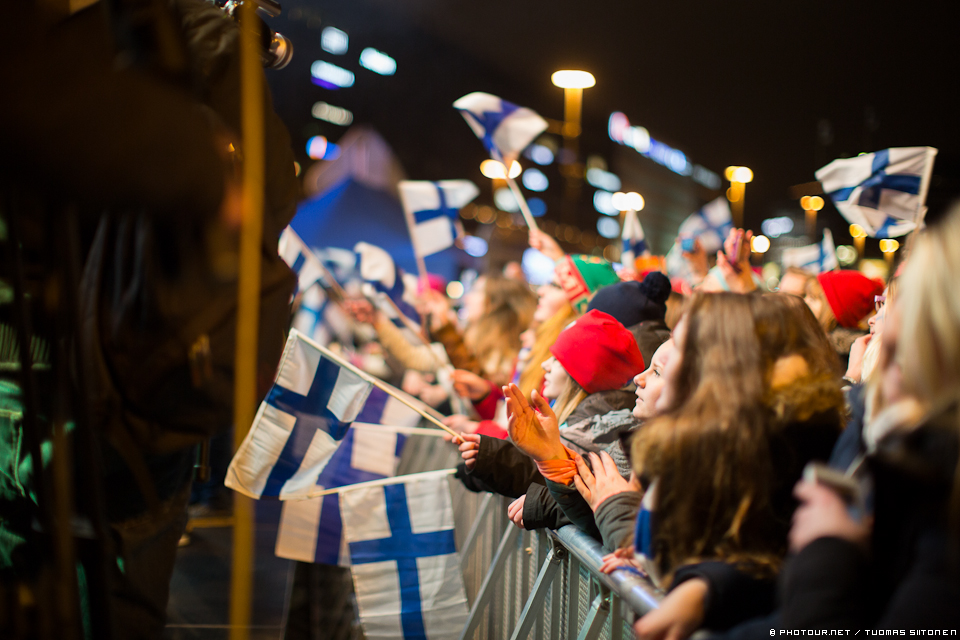 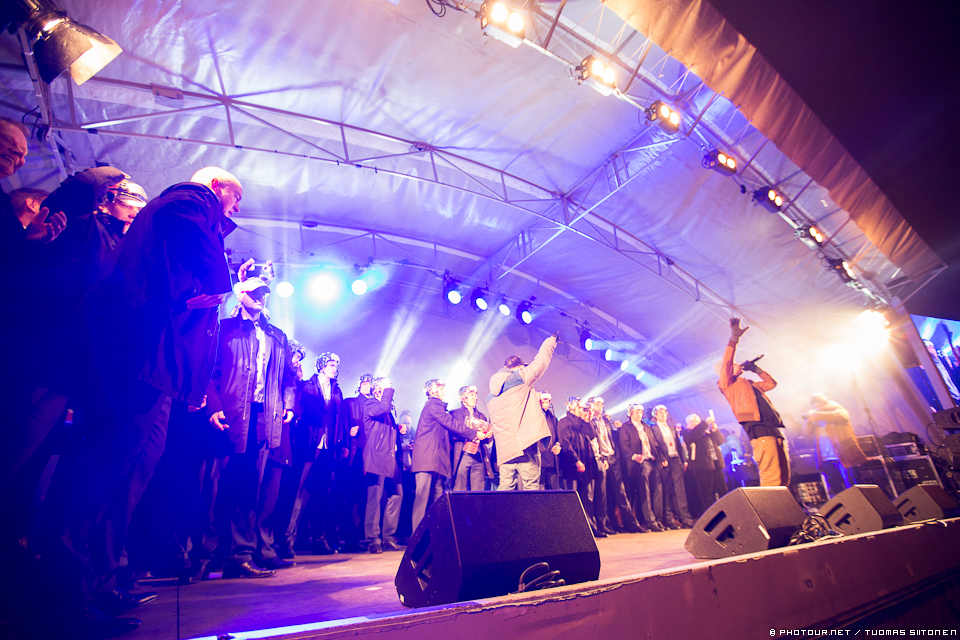 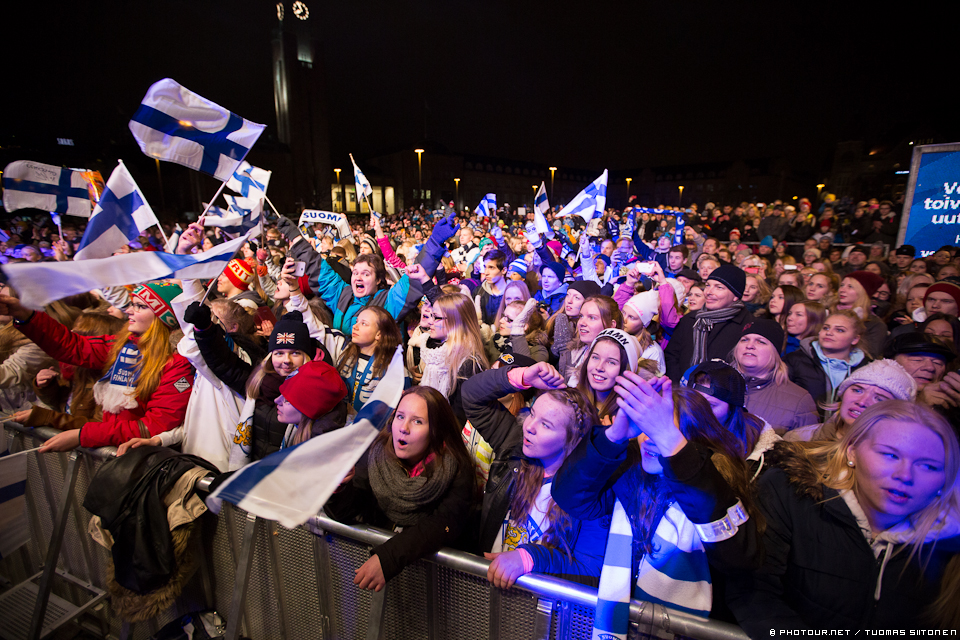 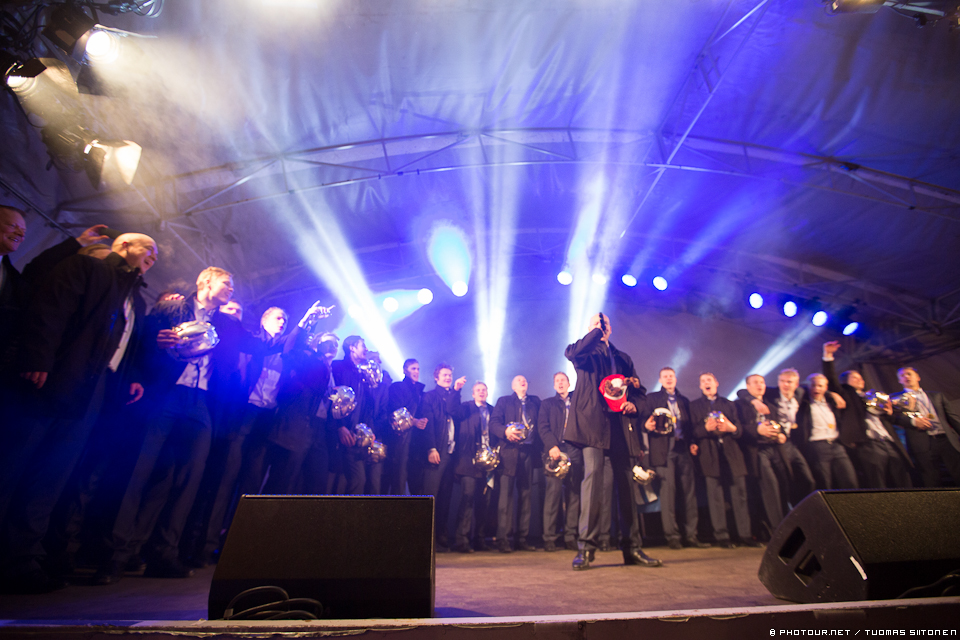 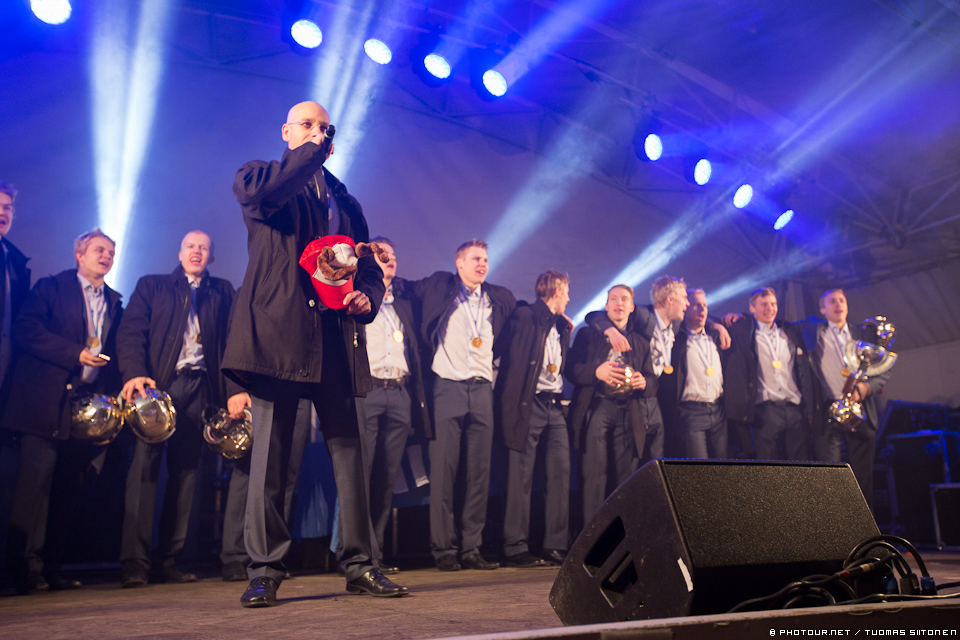 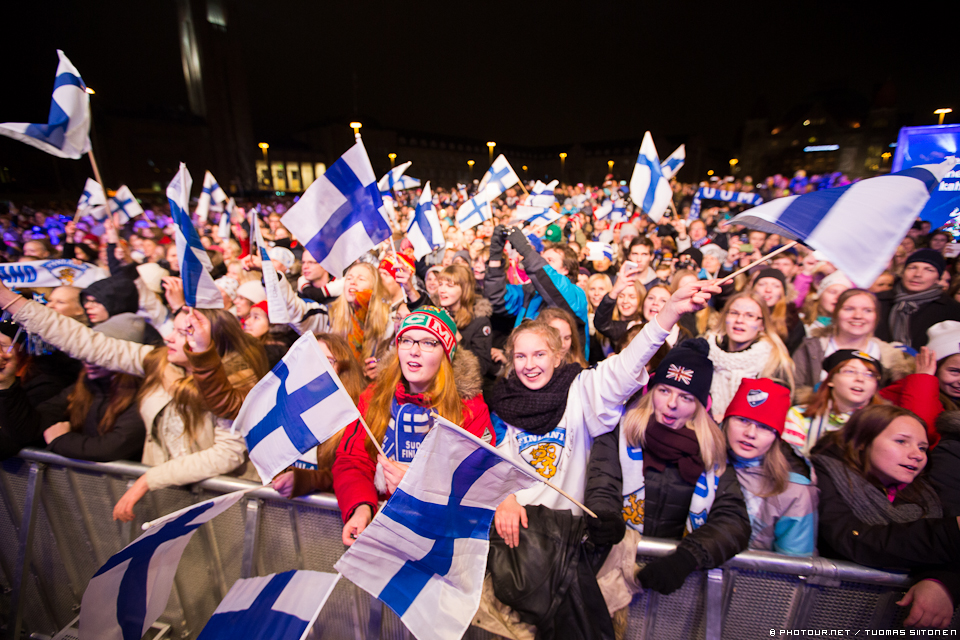 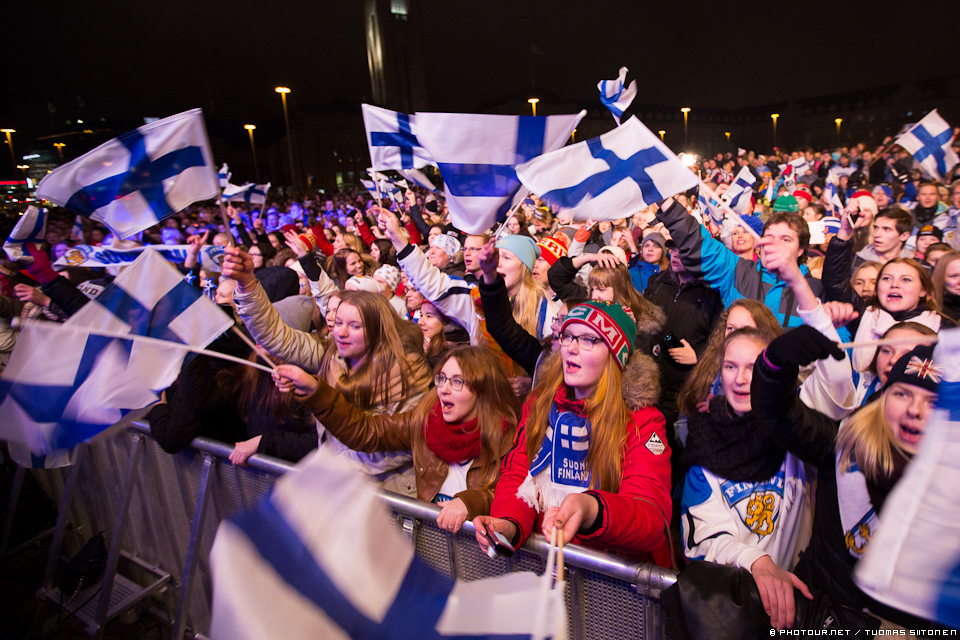 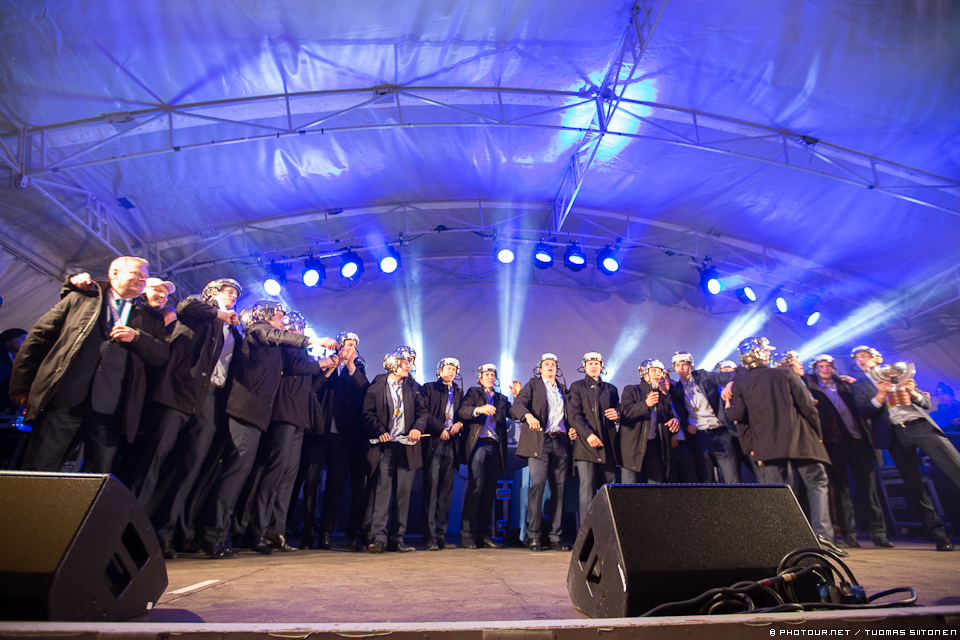 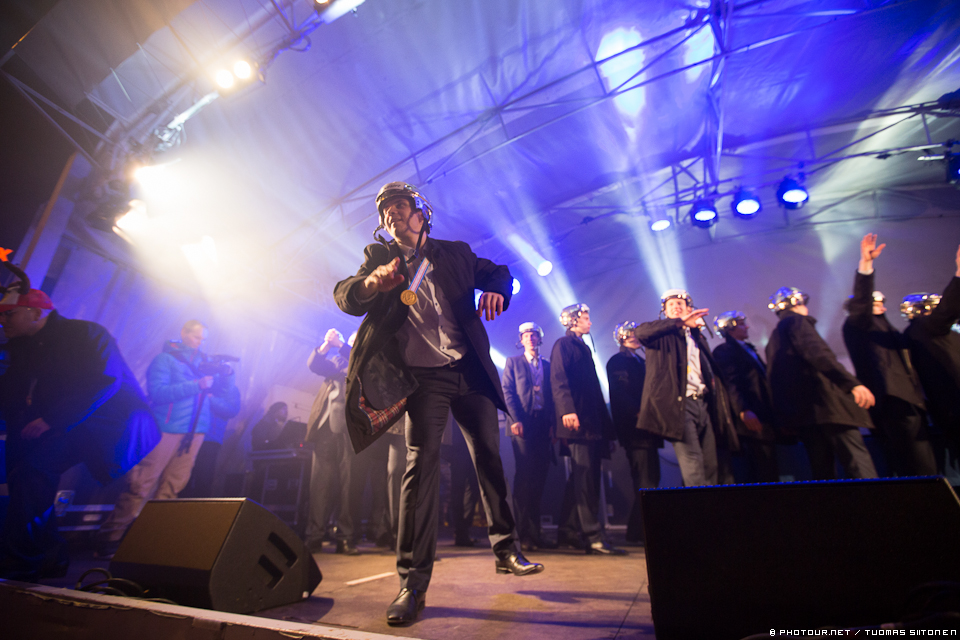 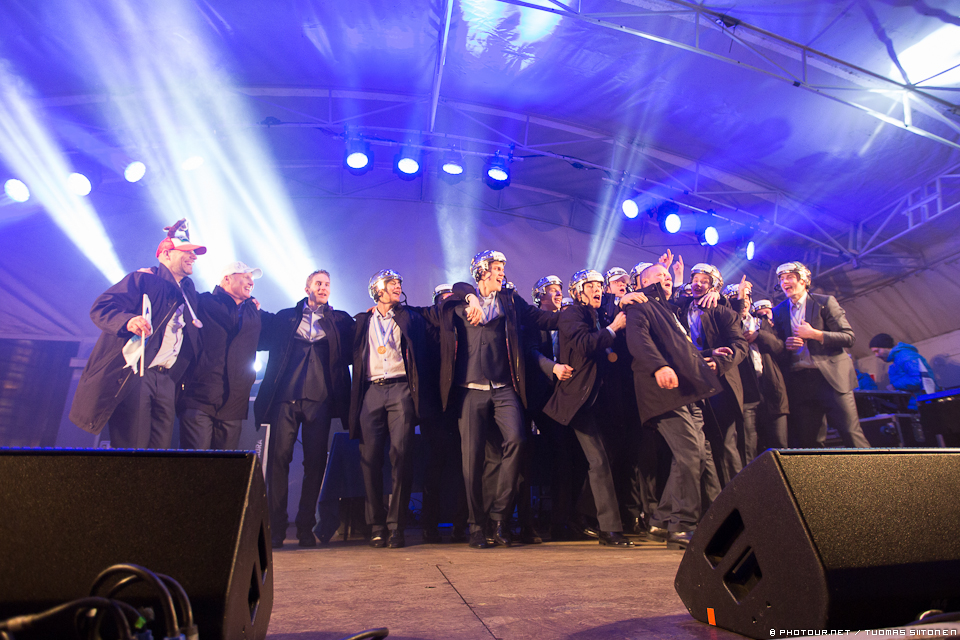 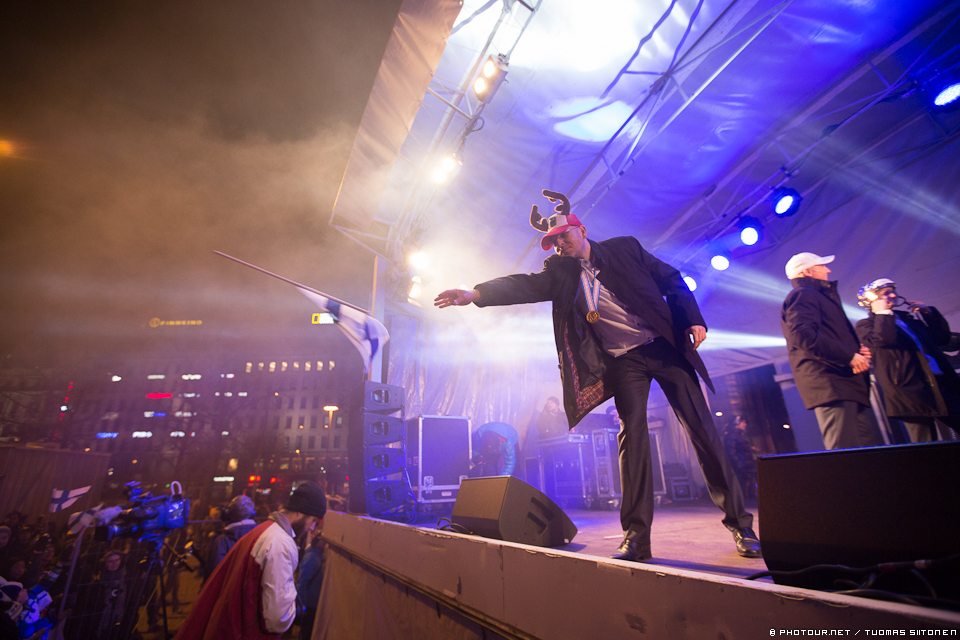