Since June I’ve been working as a reporter for a local newspaper Keski-Uusimaa. The newspaper consists of the Middle Uusimaa area of Järvenpää, Tuusula and Kerava.

As it comes naturally, I usually take the photos for my articles. The photos I’ve taken are almost always portraits of people, as that’s how our newspaper works – and that’s what people are interested in; other people. Thus I thought that it’d only be suitable to start a brief series of portraits on a monthly basis.

Now that I’m on a sick leave due to a broken leg, I’ve got time to curate the said photos. And to avoid any problems, yes, I’ve confirmed from the newspaper’s editor-of-chief that publishing the photos in an internet publication such as Photour.net is completely fine. 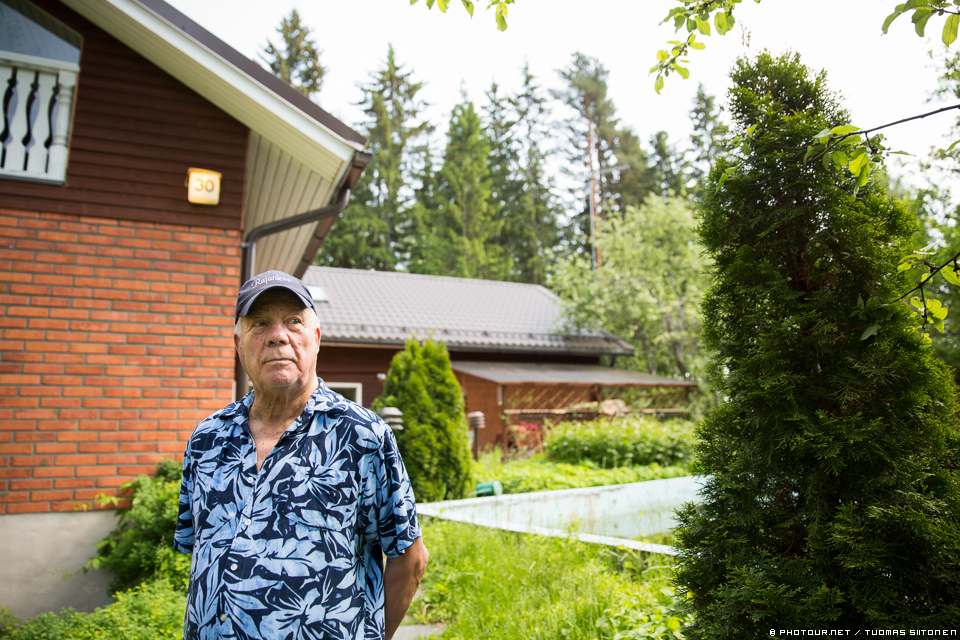 A man who was appointed for the best person from Kerava -award. 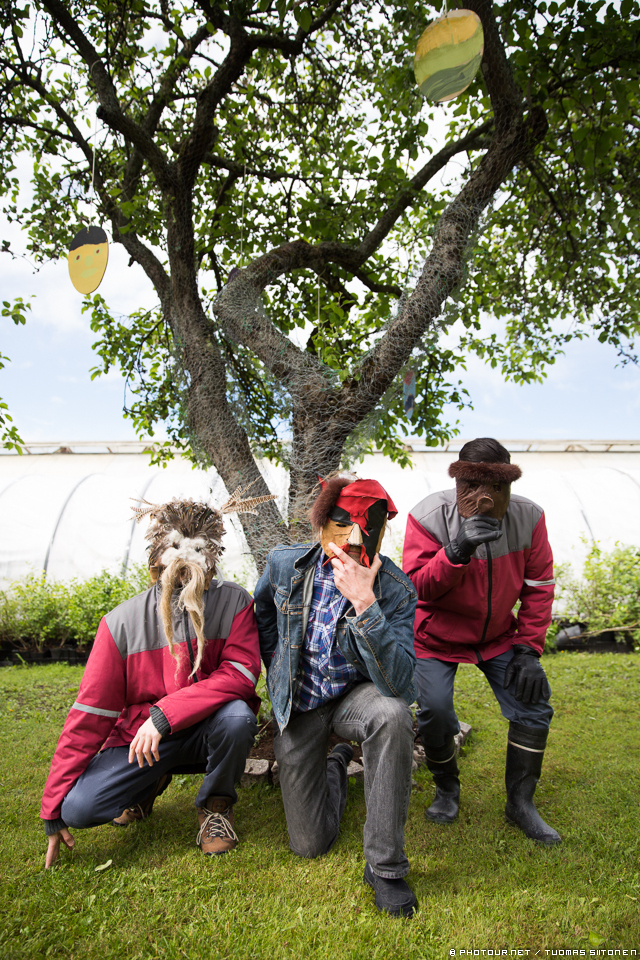 Two prisoners from Kerava’s prison, with their art counselor in the middle, presenting their long-lasting art project, that includes both the masks and the tree behind them. 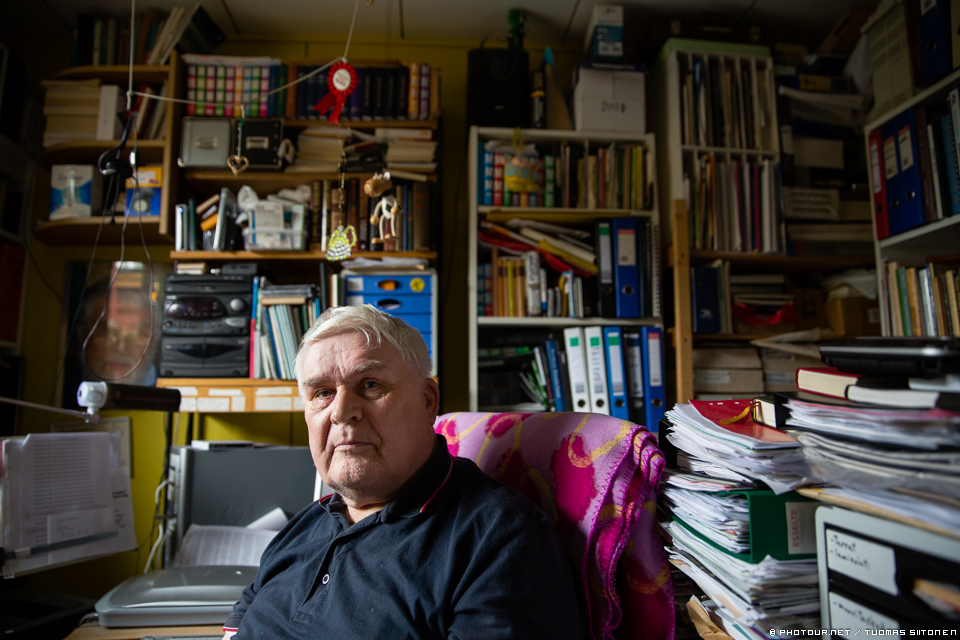 A weather-enthusiastic from Tuusula photographed in his office. 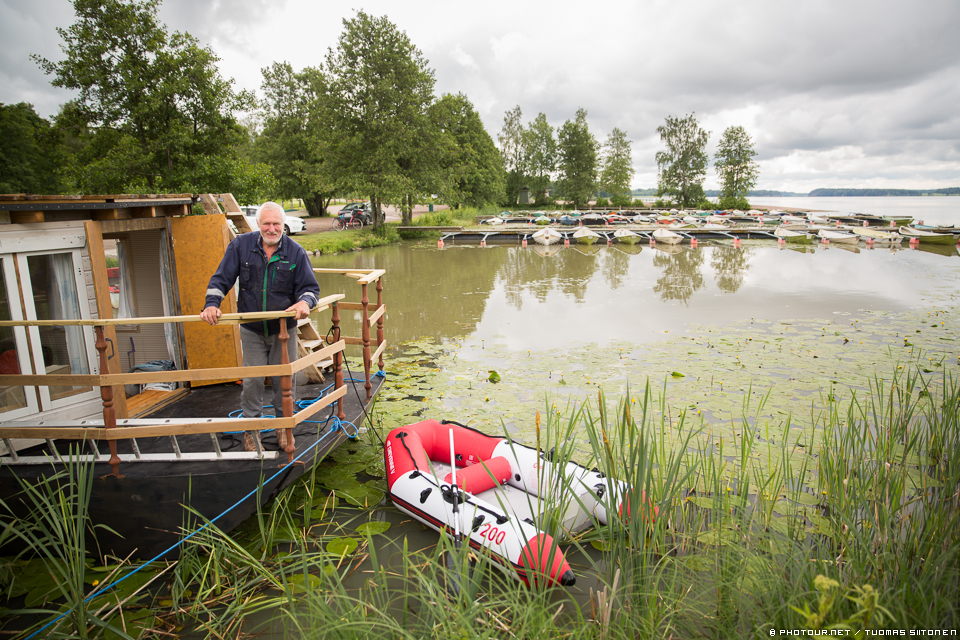 A man who drove his boat, which includes a Sauna, to Lake Tuusula for the duration of the yearly event, Puistoblues 2014. 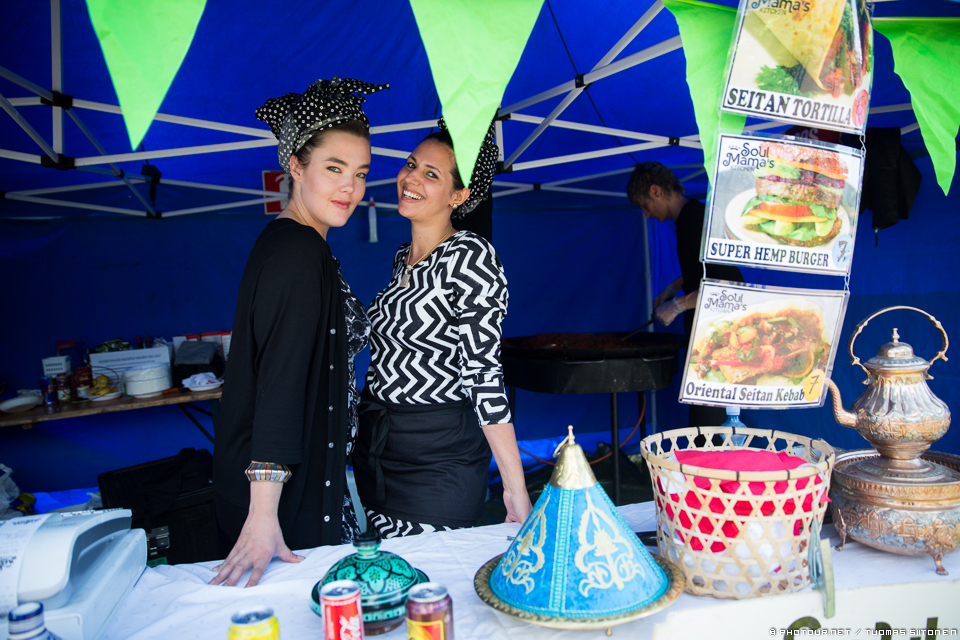 The girls of Soul Mama’s street food booth at Puistoblues 2014. 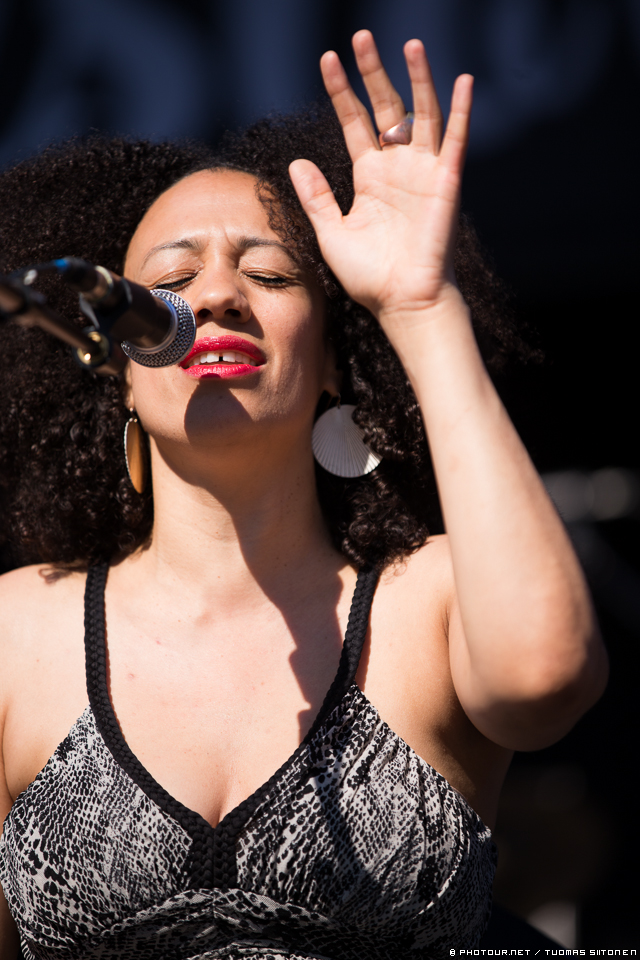 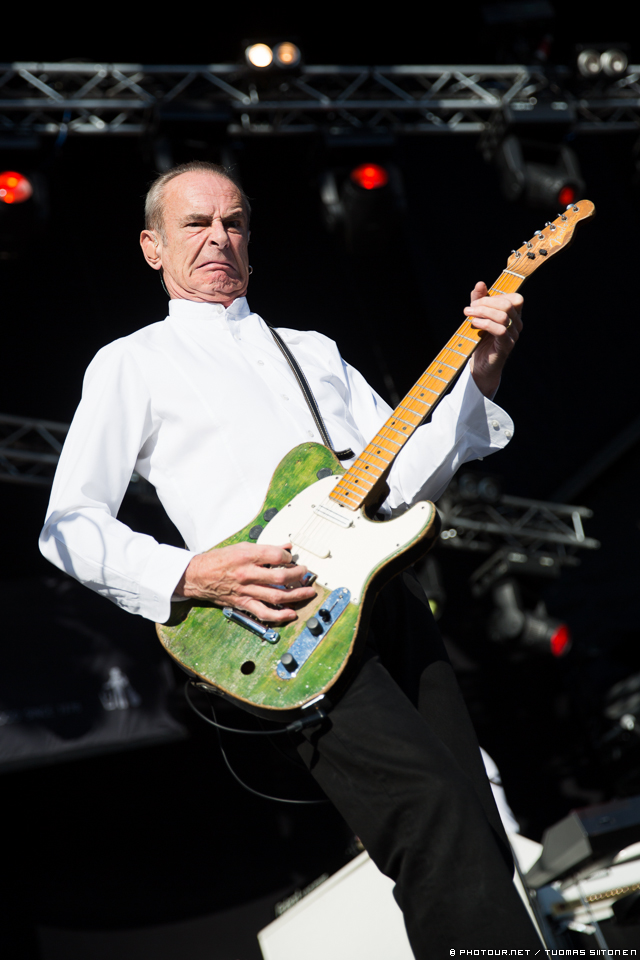 Francis Rossi of Status Quo smirking at me. Status Quo was the main performer at Puistoblues 2014.