As this is a practically a spinoff of a Project L, there aren’t that many behind the scenes photos. Actually, at first we weren’t even planning to show anything, but as things go, behind the scene photos are often the most interesting ones.

We set up a portable studio at the models’ house, with three Canon’s 600-EX-RTs, a shoot-through umbrella, a reflector and a white background. Even though I’m not that keen on shooting shiny surfaces with an umbrella, I’m a lazy bastard and erecting an umbrella with a strobe is so much faster than erecting my Elinchroms with huge softboxes.

Some of the original photos show the umbrella’s strands on the reflection on a shiny surface, but it’s tolerable, perhaps even suiting to the setting.

As it always is, shooting in a studio environment requires precision; the suit has to be shiny and clean out of any dust particles or… cat hair. We polished and polished, and by the naked eye the material was perfect. But of course, at the flash of the strobe everything was revealed; cat hair everywhere. And I mean everywhere.

In an apartment with cats, you can never truly get rid of the cat hair, so we did as much as we could by cleaning. Yet I sat photoshopping the images for hours. Many, many hours. It’s a rather tedious job, as it requires little skill, but plenty of patience. 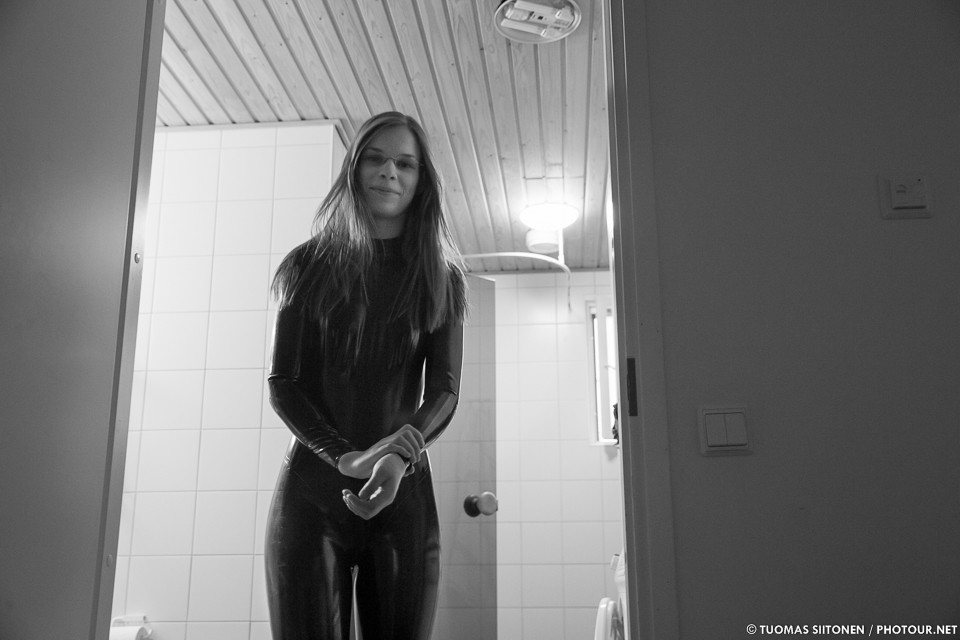 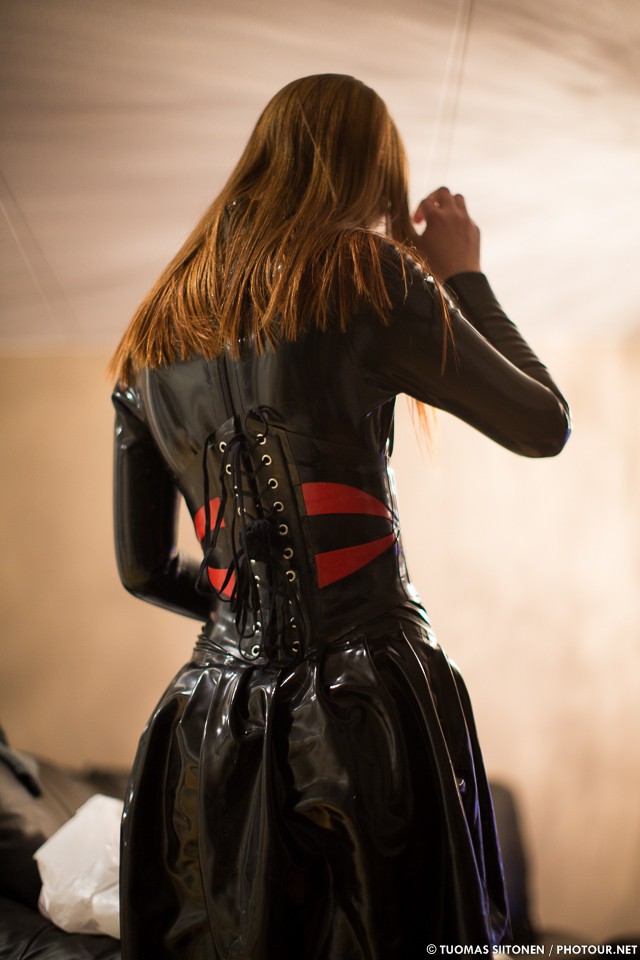 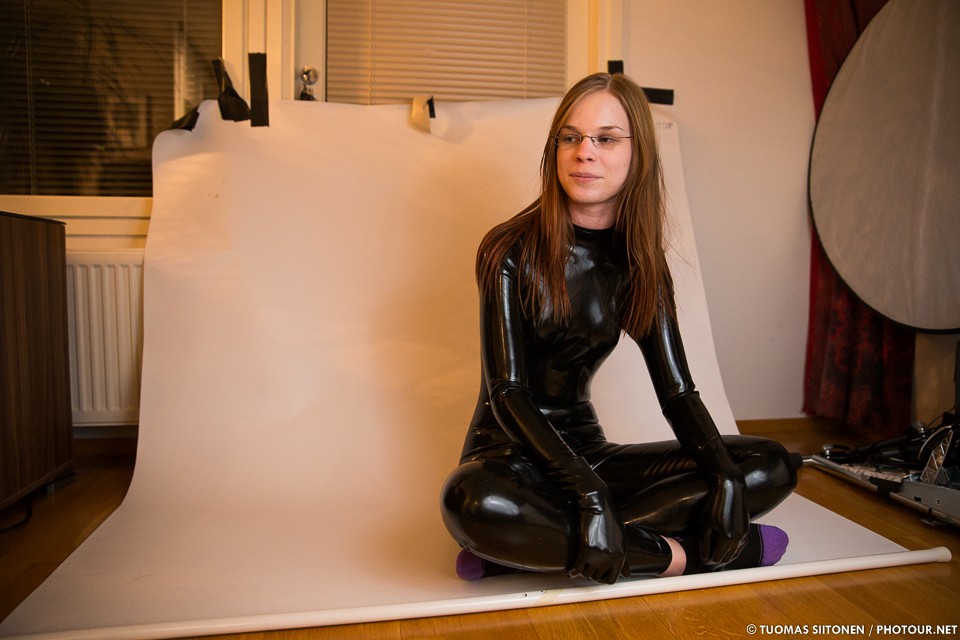 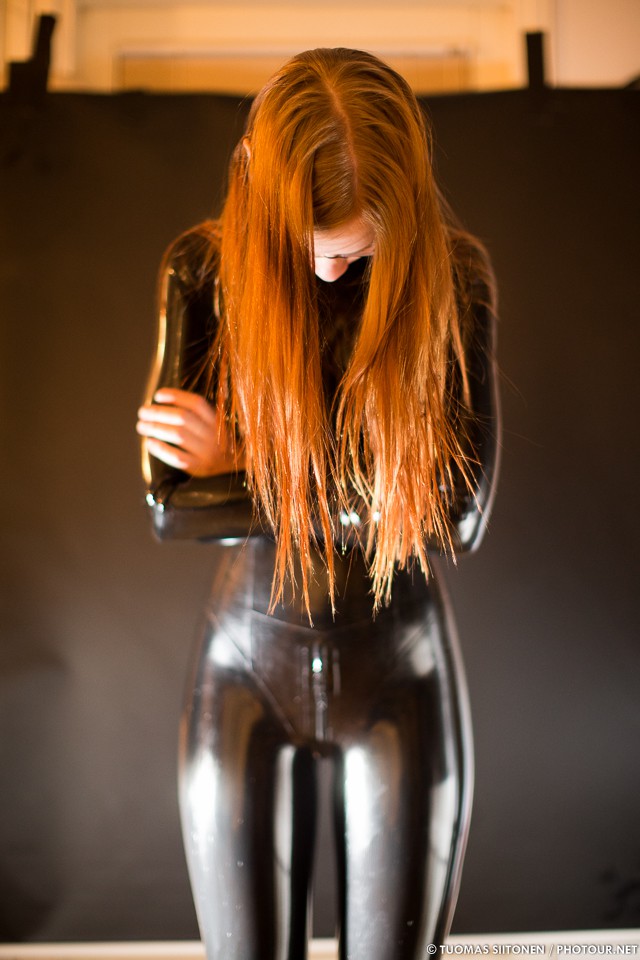 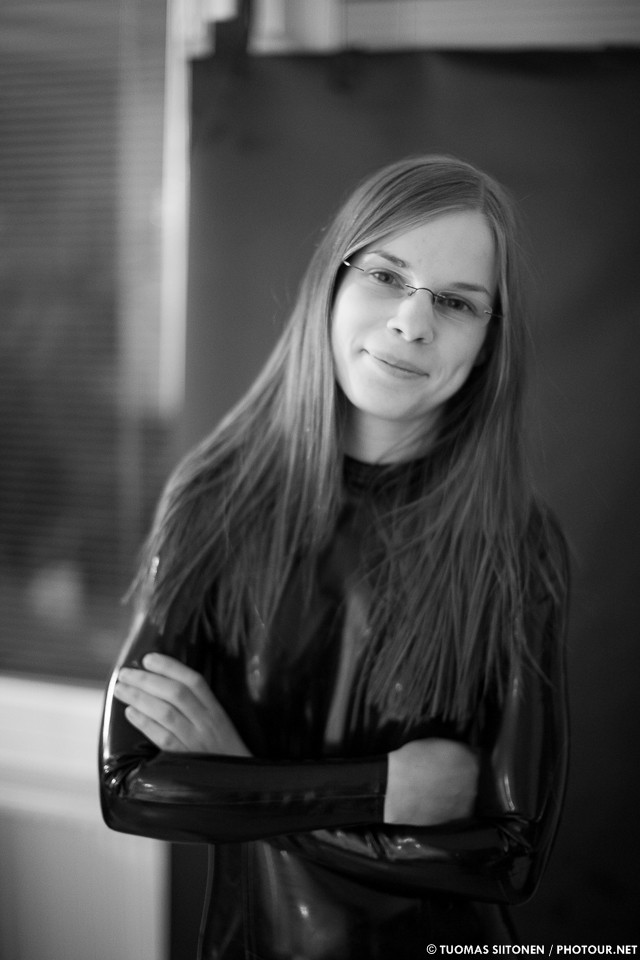