For the fourteenth part we headed ourselves to Kruunuvuorenranta’s abandoned mansions. Once upon a time it was a flourishing neighbourhood with fancy mansions, but due to inefficient bureaucracy the place is practically a ghost town.

Although, if it weren’t for the bureaucracy, the mansions would’ve been demolished ages ago, as Aarne J. Aarnio’s plan was. He was supposed to change the fancy neighbourhood to a simple man’s borough on 1955, when he bought the area.
While the bureaucracy failed and the original zoning of the area didn’t fit with Aarnio’s plans, the mansions were left with no caretakers. Sure, there were tenants in the mansions, but as people didn’t really know what would happen the next day, nobody wanted to invest on taking care of their rented houses. What if the effort would’ve been in vain?

Nevertheless, the area is nowadays almost completely abandoned. Vandalism, thieves, arsonists and the harsh Finnish climate has struck the houses – many of them have completely vanished from the existence. Foundations can’t last forever, and when one brick fails, another one will follow soon.

The existence of the area is not news for many, and it’s really not a secret how to get there. Neither of us had been there before, but a quick search on the internet revealed quite specific directions to the place.

I’m still somewhat amazed how little a polished latex catsuit draws attention when it’s worn with regular clothing hiding the “critical” parts. As we walked through a wealthier-than-average neighbourhood to reach Kruunuvuorenranta, nobody seemed to bat an eye. Not a mother of two little children who were joyriding around with their tricycles, not the (quite a) few joggers that we encountered. Not the other urban explorators that we saw.

The behind the scenes and outtake photos will be released, as usual, few days after. 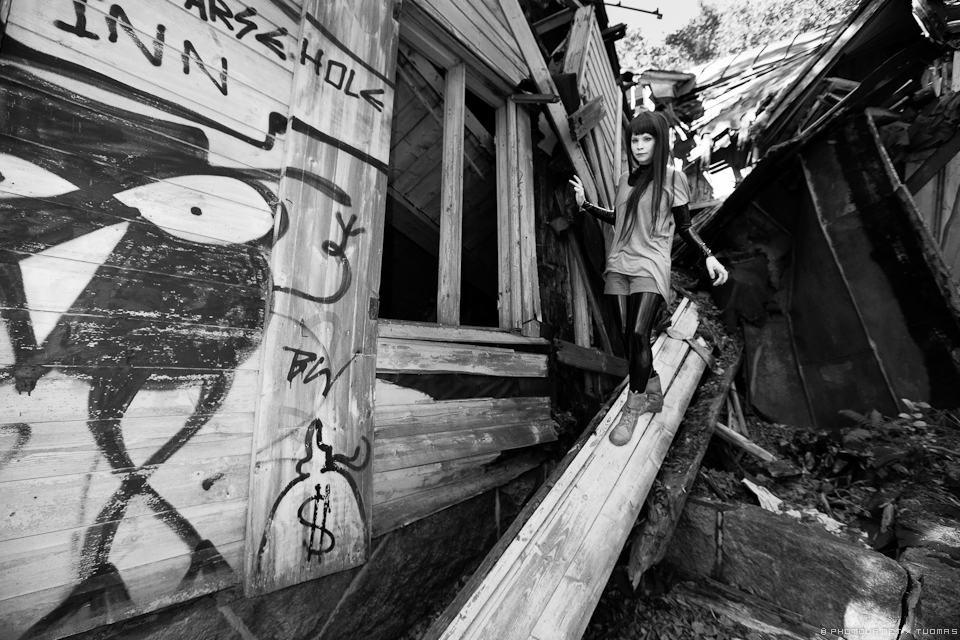 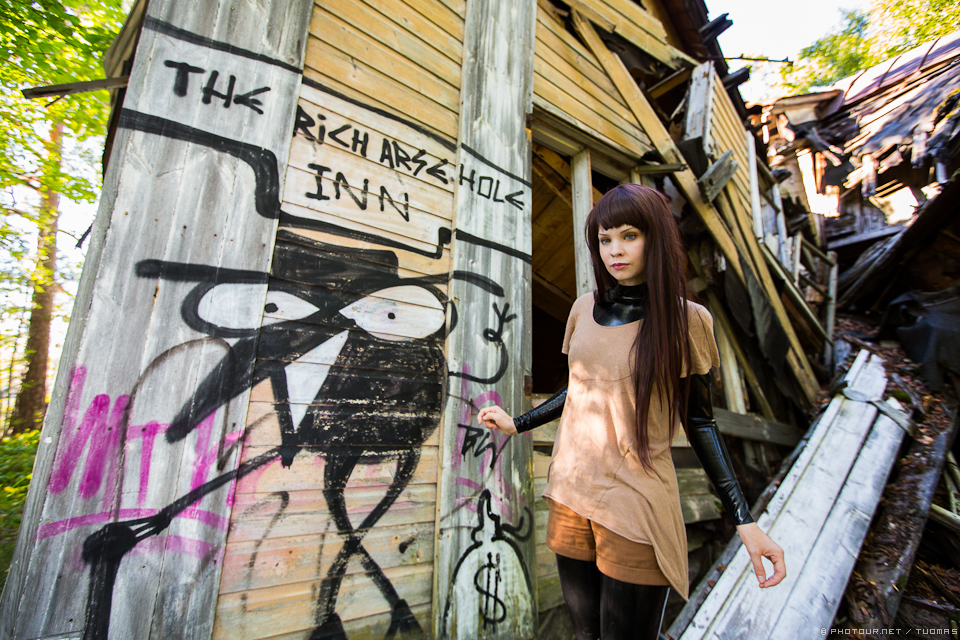 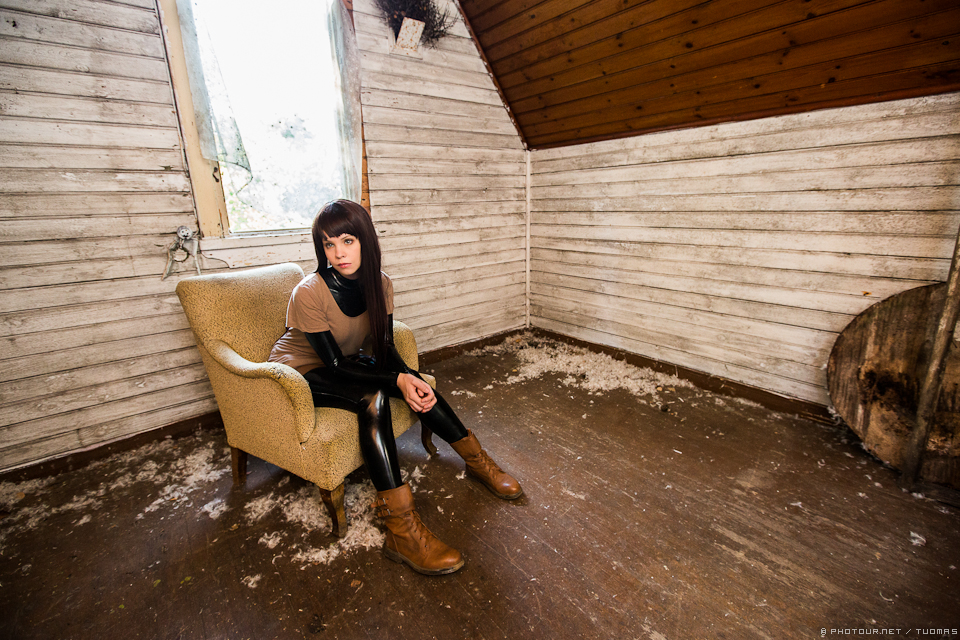 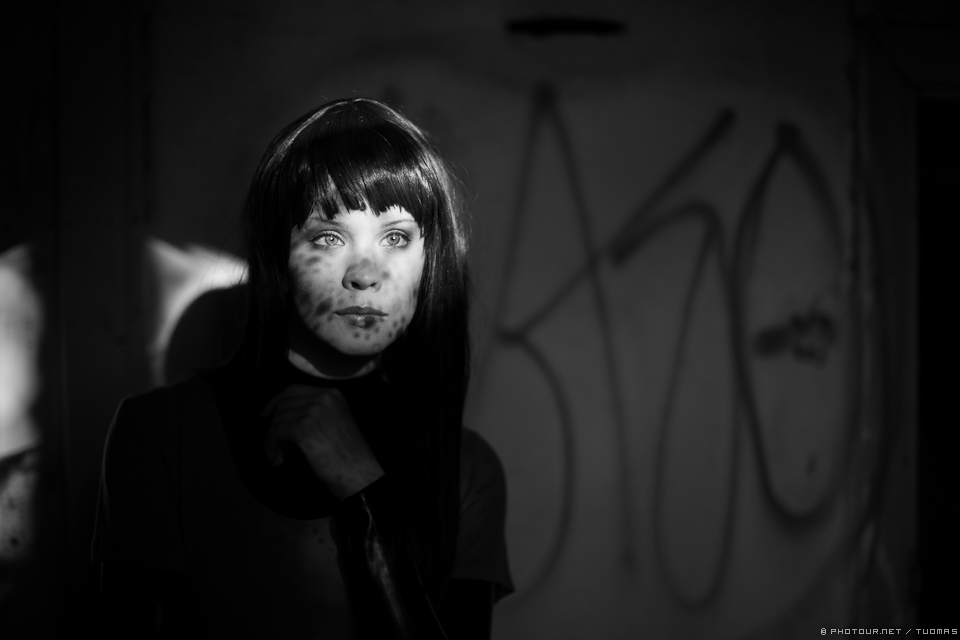 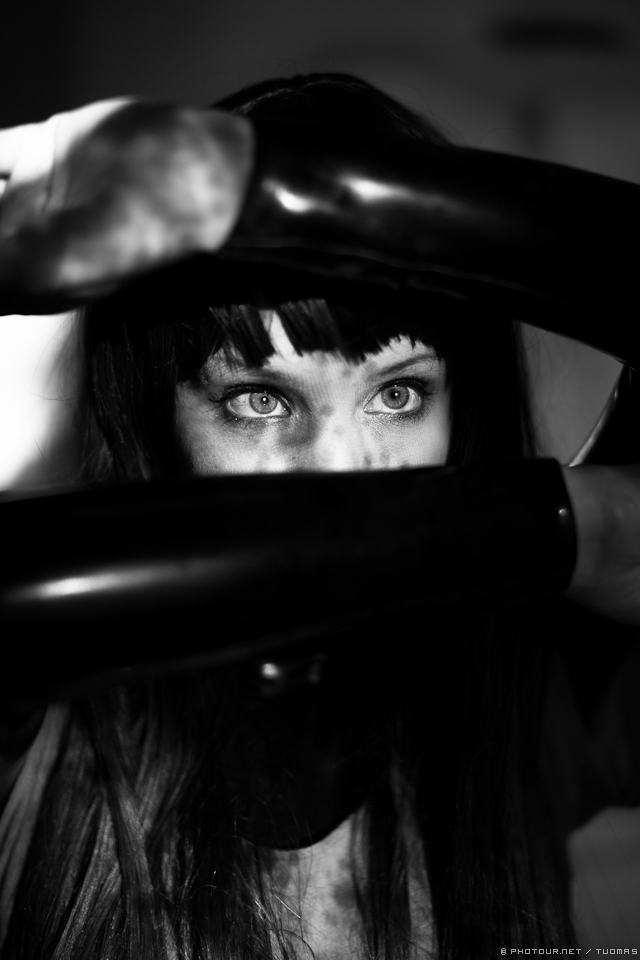 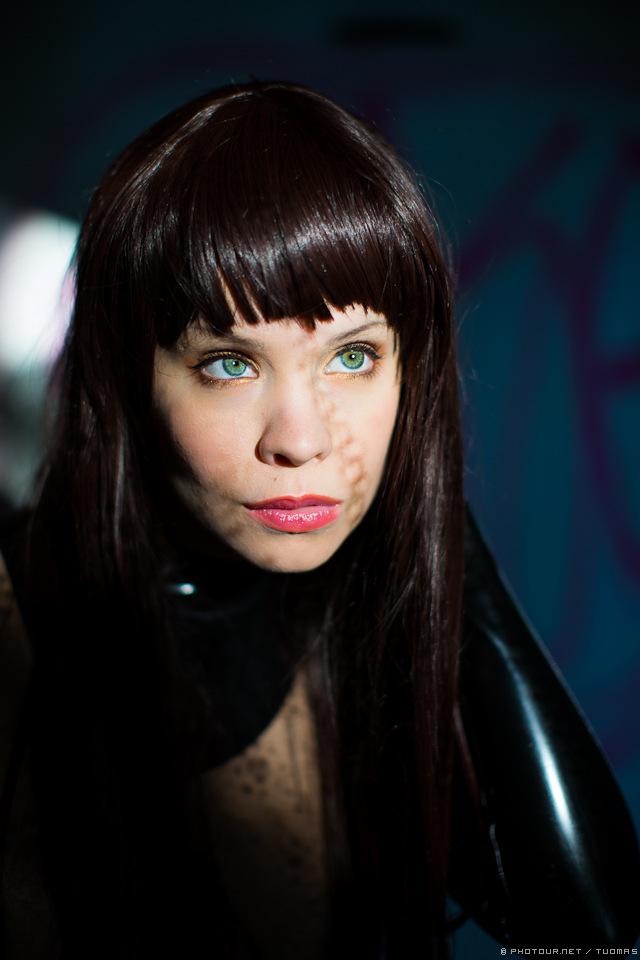 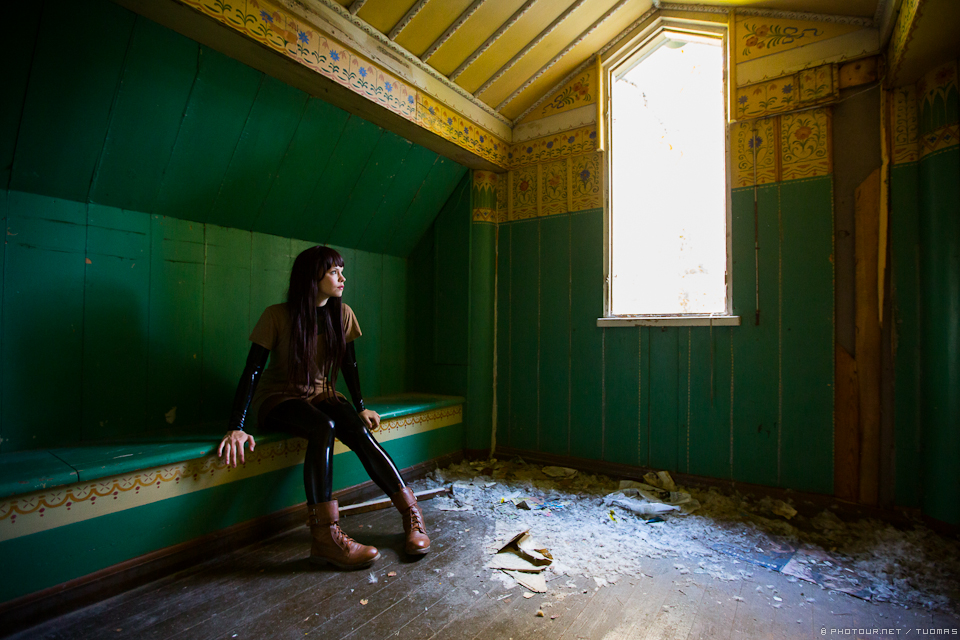 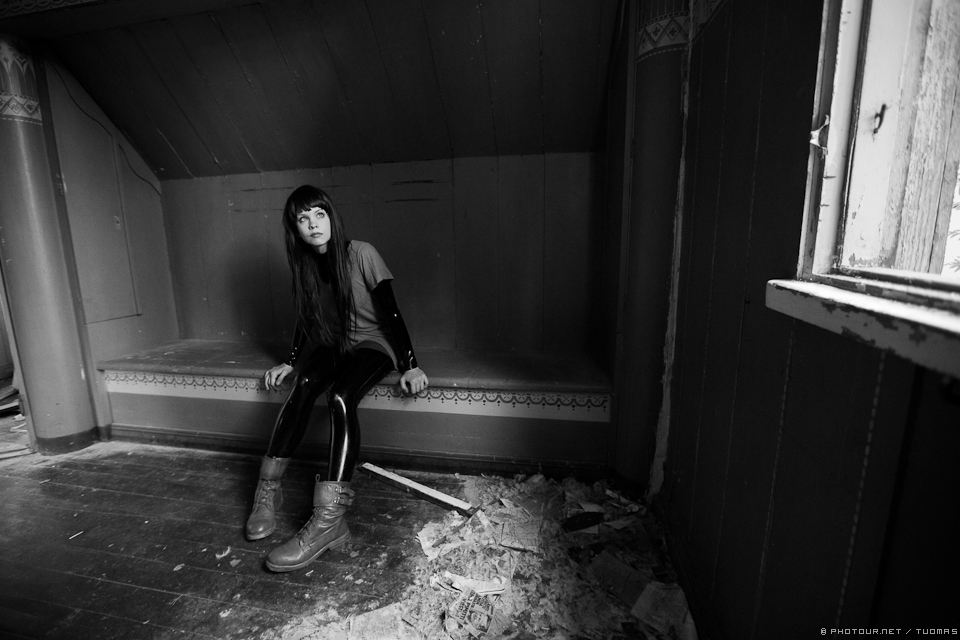 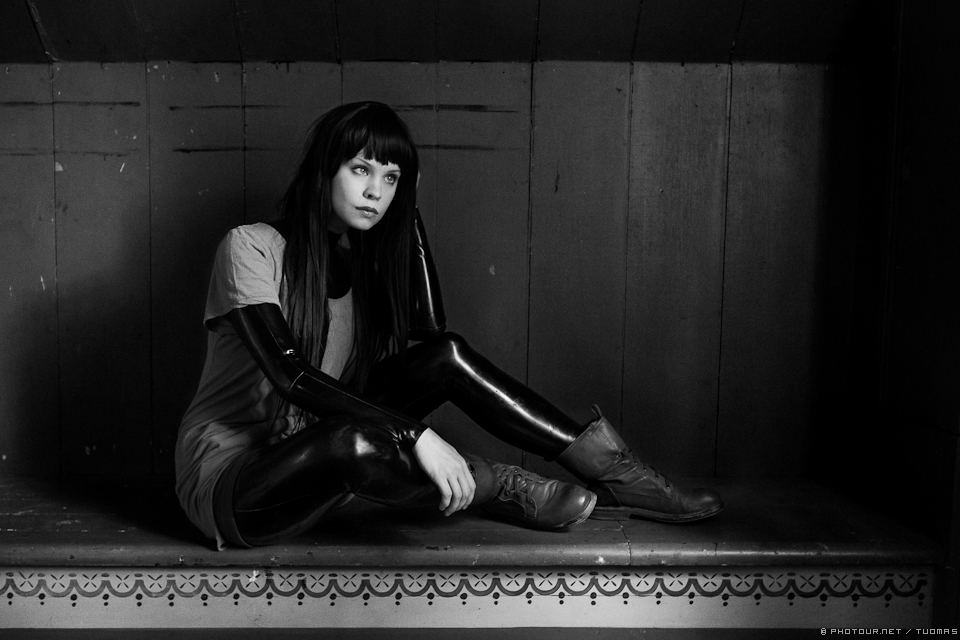 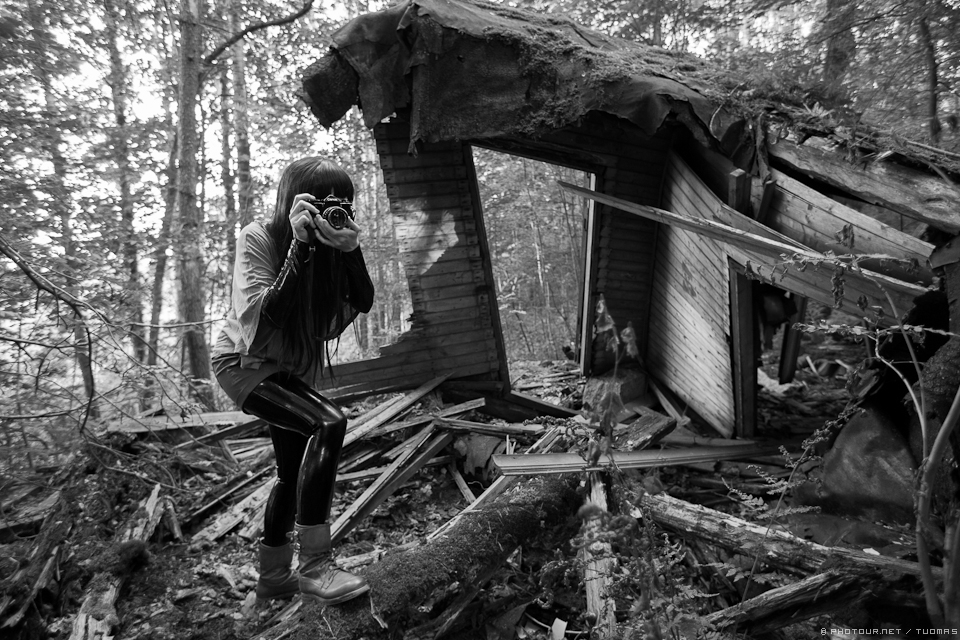 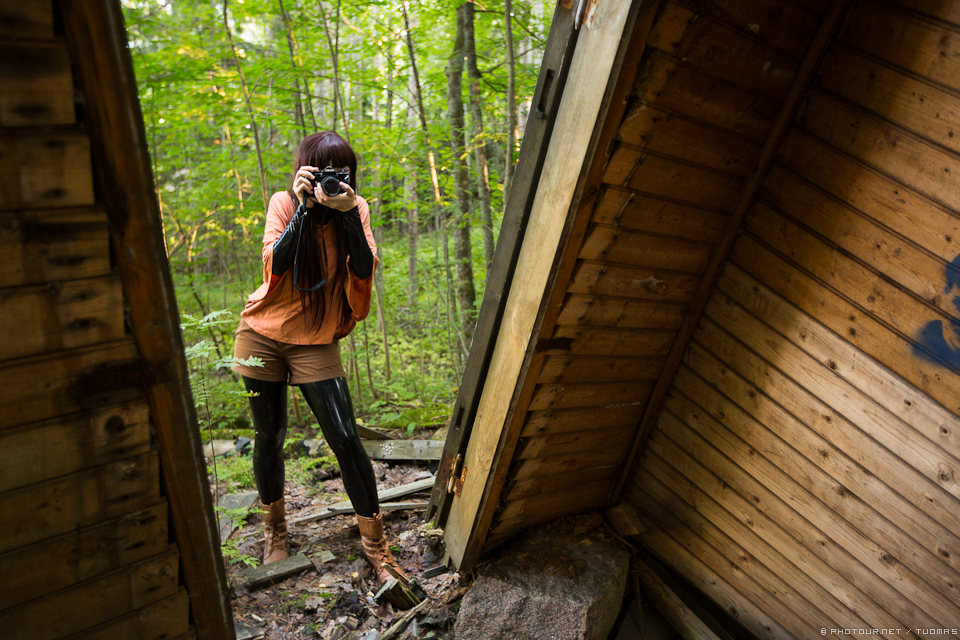