Whereas the rest of the world has seemed to be frozen solid for the start of the winter, the Northern Europe hadn’t even had snow on the ground. It was the first snow-free Christmas I could remember. So naturally, when I had planned an outdoor photoshoot, winter came crashing in with a light snowfall.

Okay, snow’s better than the dark, grey ambience of a Finnish autumn-ish weather. But as comes the snow, cold temperatures follow. And it was about -15 Celsius out there. I thought I’d be fine with temperatures like that that, after all it’s all about layering, but the poor model didn’t really have any choices on that matter – anything you wear under latex would’ve showed through.

Even though we tried to keep our time spent outside at minimum by visiting a café and a pub, the cold weather was really consuming and difficult. Even to myself. Thus we moved inside and abandoned most of the plans.

After eating lunch, we proceeded to just fool around in the apartment and ended up going crazy.

Okay, wearing latex while going mad isn’t most probably the most “everyday” occurrence, but I decided to take some artistic liberties. Perhaps one could argue that the Finnish weather and winter depression leads to madness and how it portraits the modern and future Finns via the futuristic clothing. (I’m joking.)

The end result didn’t work as I had planned. The view of this project is rather scattered and fails to follow the predesigned outlook. But we did something else, something different. And I’m satisfied with it. We’re all a bit crazy here.

Oh, and and thank you Latex by Tiina Rikala for generously borrowing the straitjacket! Go check her site, she’s a great latex designer. And to my knowledge the only commercial Finnish latex designer.

The behind the scenes and outtake photos will be published few days after. And a video! 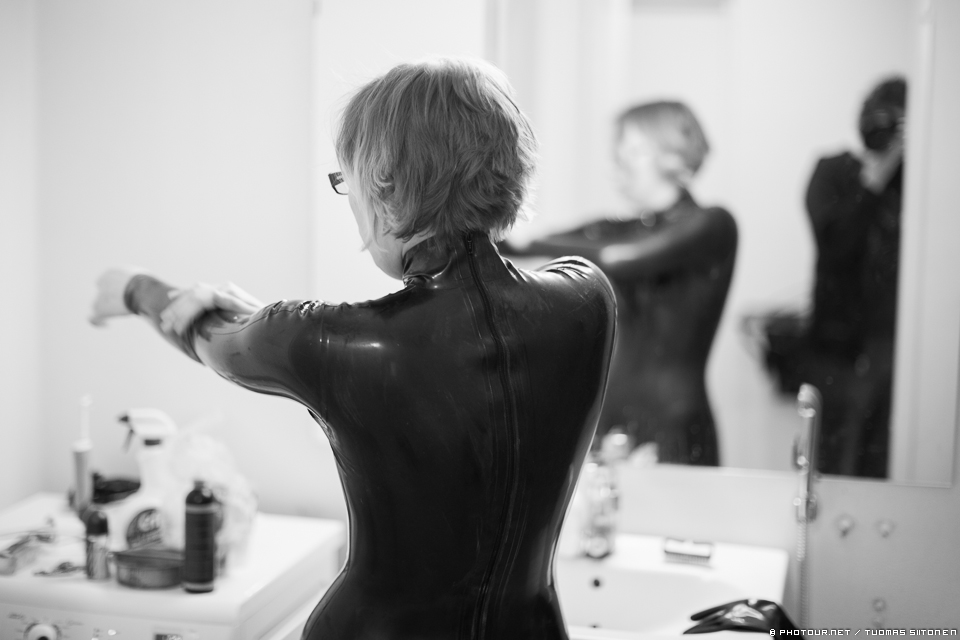 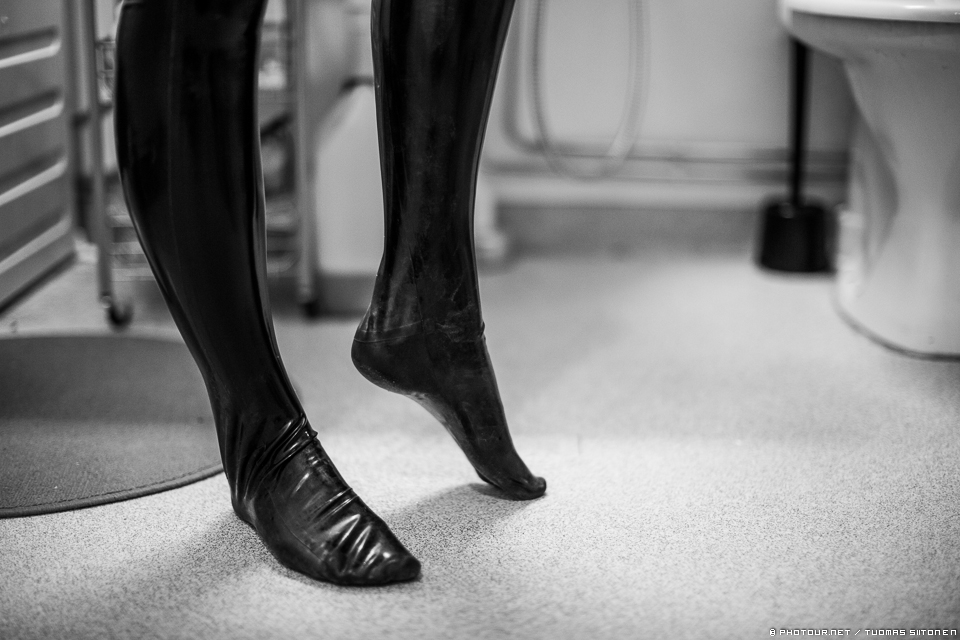 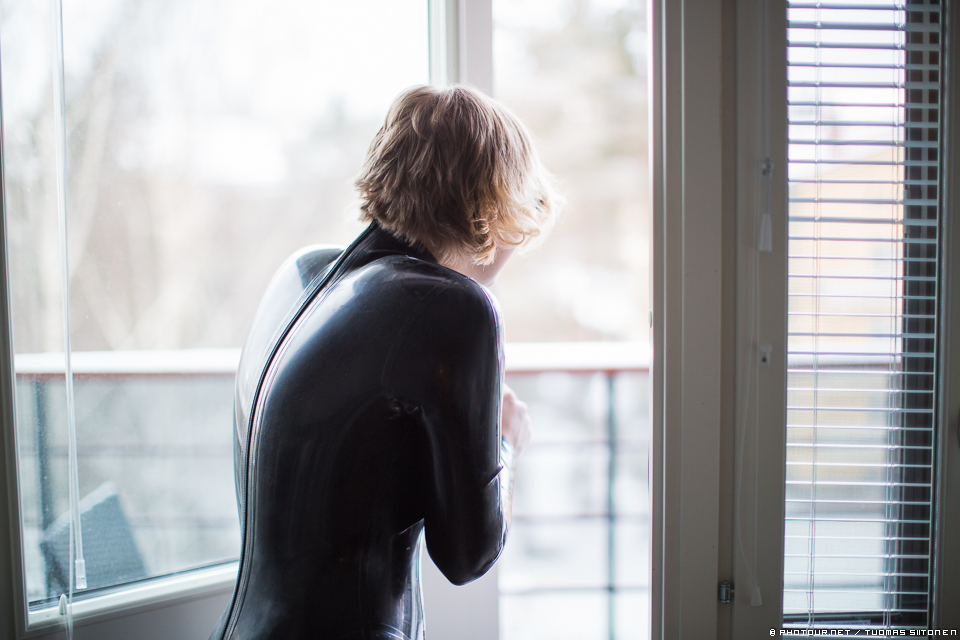 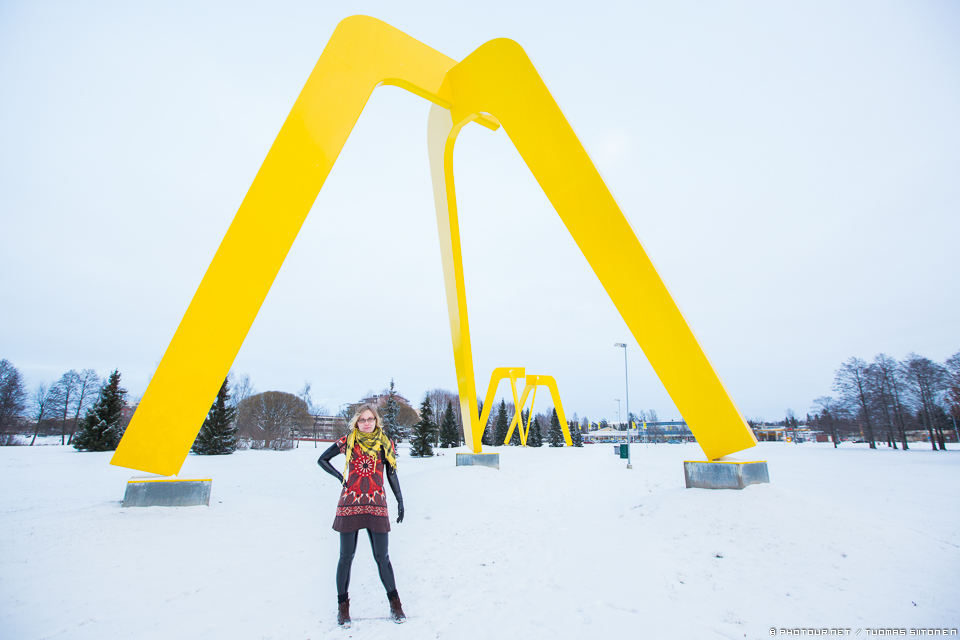 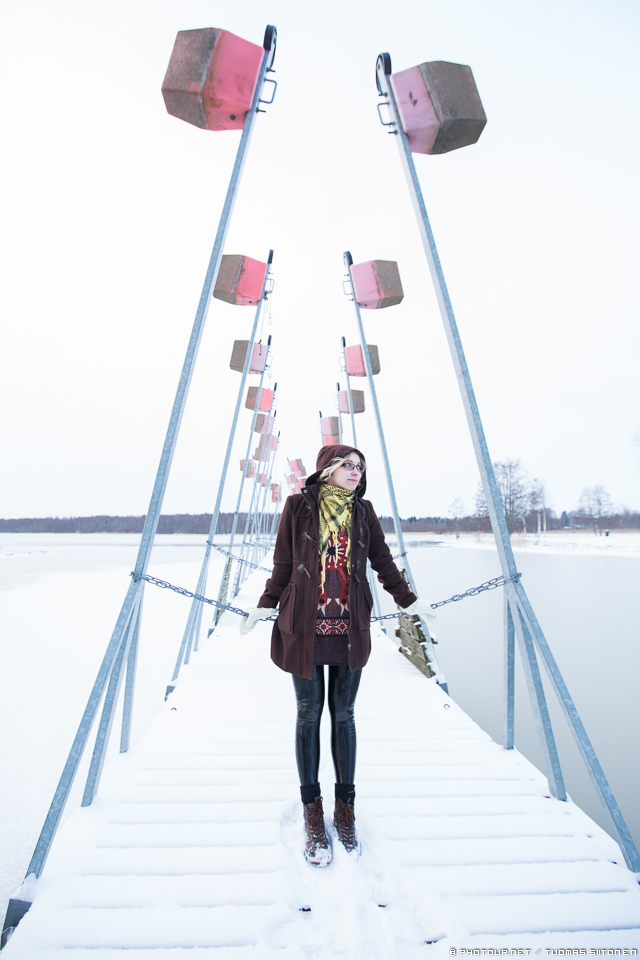 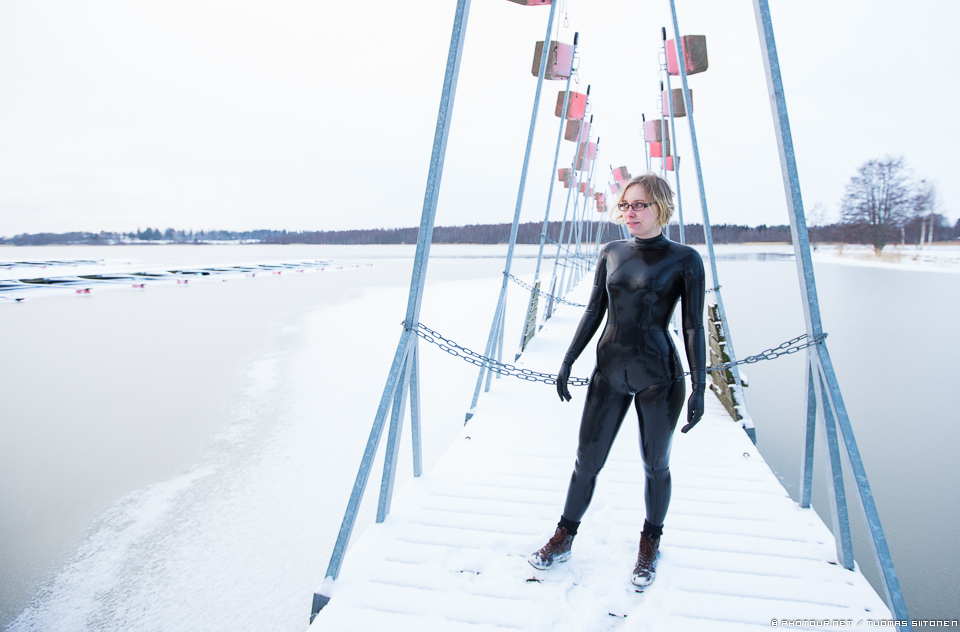 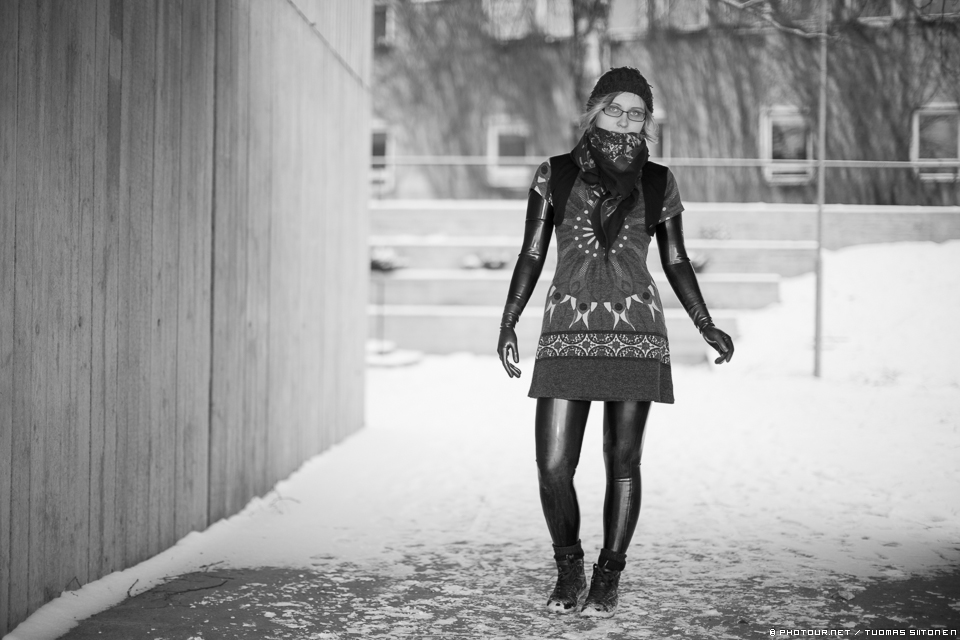 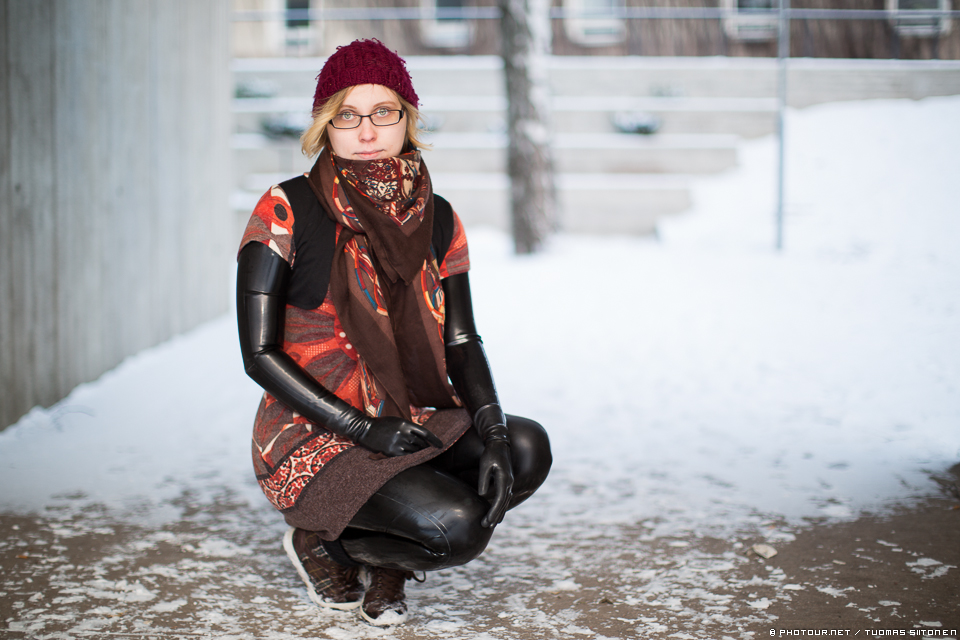 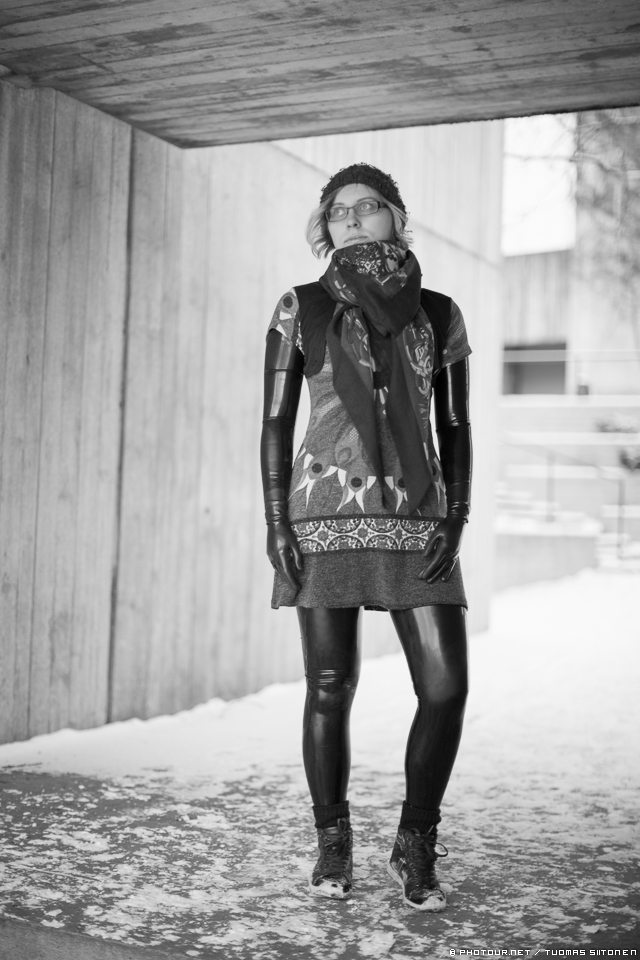 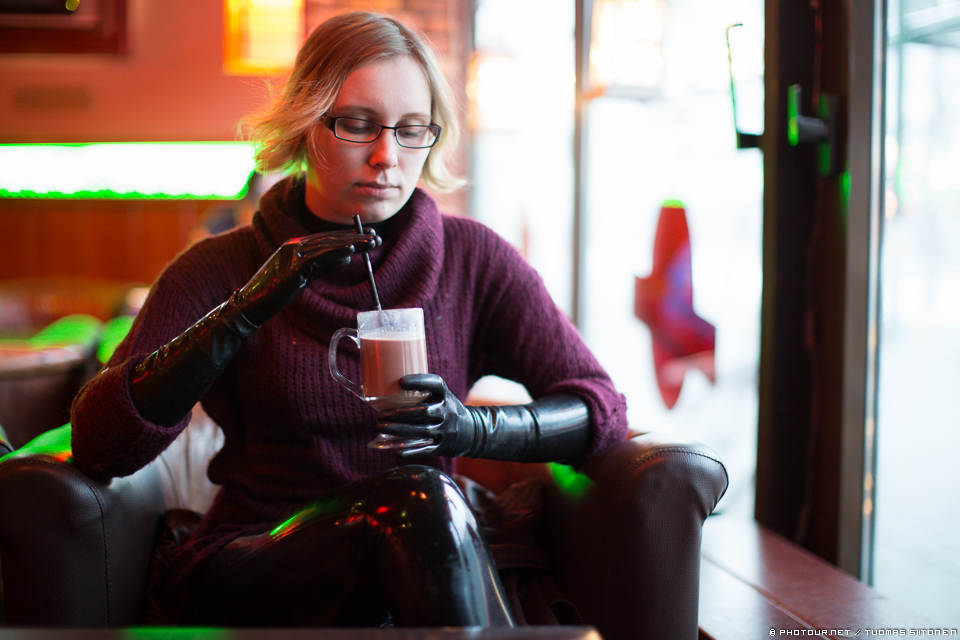 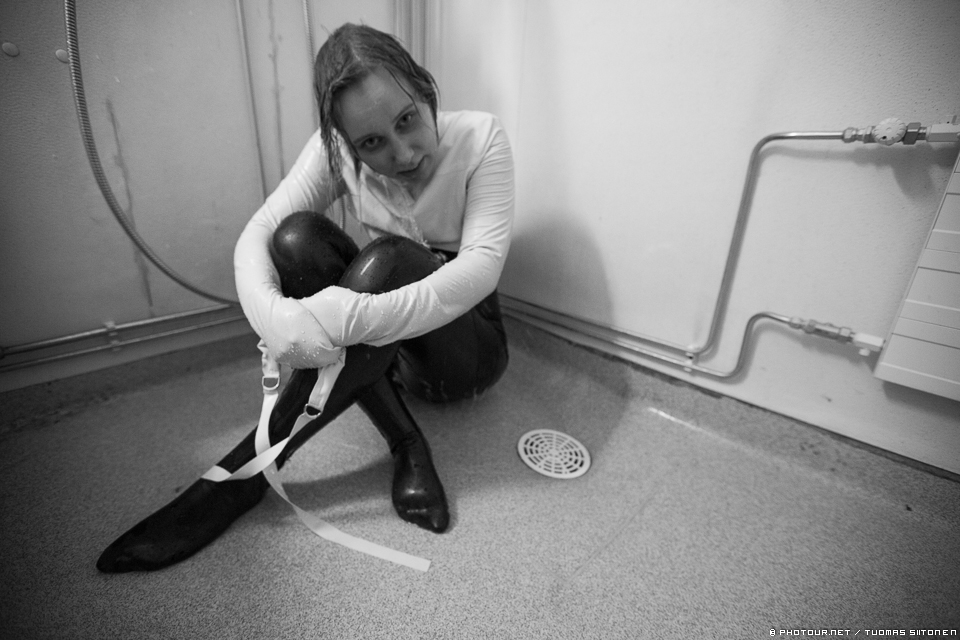 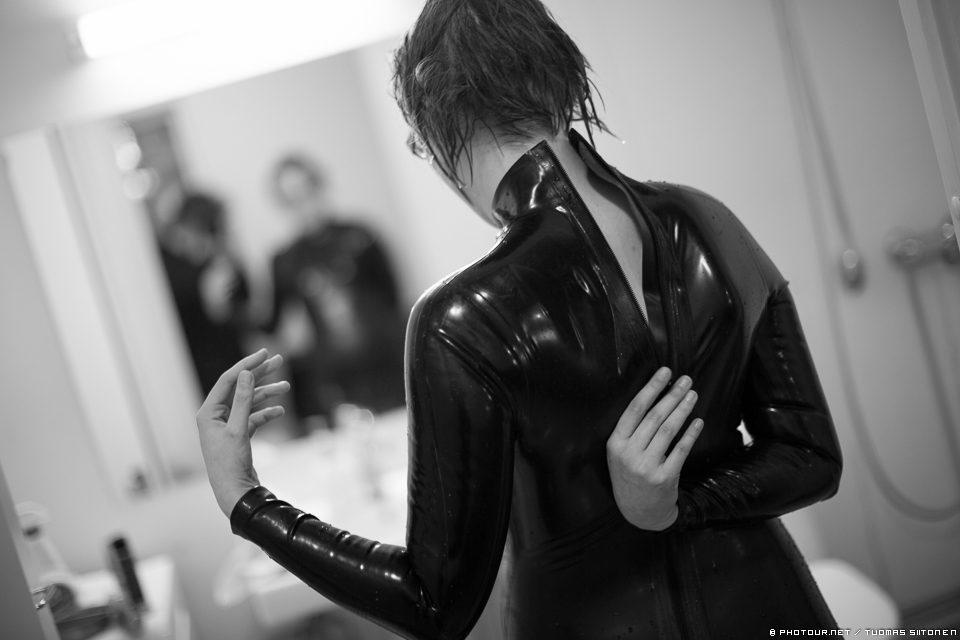