It’s almost Halloween! Even though Halloween isn’t really that important in Finland, it seems that it’s getting more and more popular each year. Not by much, but a step forward is a step forwards, regardless of its length.

The 29th part’s milieu surrounds around Tampere again. Before I proceed into the project itself, I really, really have to vent out this: drivers at Tampere really don’t care about traffic laws nor their surroundings. Usually in Finland a pedestrian crossing and pedestrians’ right of way on one is highly honoured, but not in Tampere. The drivers are just insane.

This time we reserved ourselves two days for the shoot, after all, Tampere is somewhat far from our base of operations in Southern Finland at Photour Headquarters. Our original plan was to have a fully Halloween-themed photoshoot, but when Tii put on her suit, we just started taking photos. We dropped by an old match factory, but it got way too dark. Not that darkness was scary or anything, but I didn’t have my Elinchroms with me, nor would the extension cords’ be long enough to be pulled from my van. The main reason to forfeit for the day was the danger; if you can’t see where you’re walking on an old building, you shouldn’t go in one.

Later on the evening Tii eventually dressed herself as an ice demon or something and we headed to town to a – not so surprisingly – Halloween party. Even though Tampere’s traffic is awful, the inhabitants are obviously used to seeing latex more often. Practically nobody questioned the material of the suit. But that’s not even the best part, as Tii won the 3rd place on the Halloween party’s outfit competition and a gift certificate to a local clothing store.

On the second day we headed straight back to the abandoned match factory. Even though the weather was grey and depressing, the weekly changing graffitis really lit the place. Figuratively.

As usual, the behind the scenes and outtake photos will be released few days after. With a video this time, too.


Advertisement for prints to support Project L and Photour 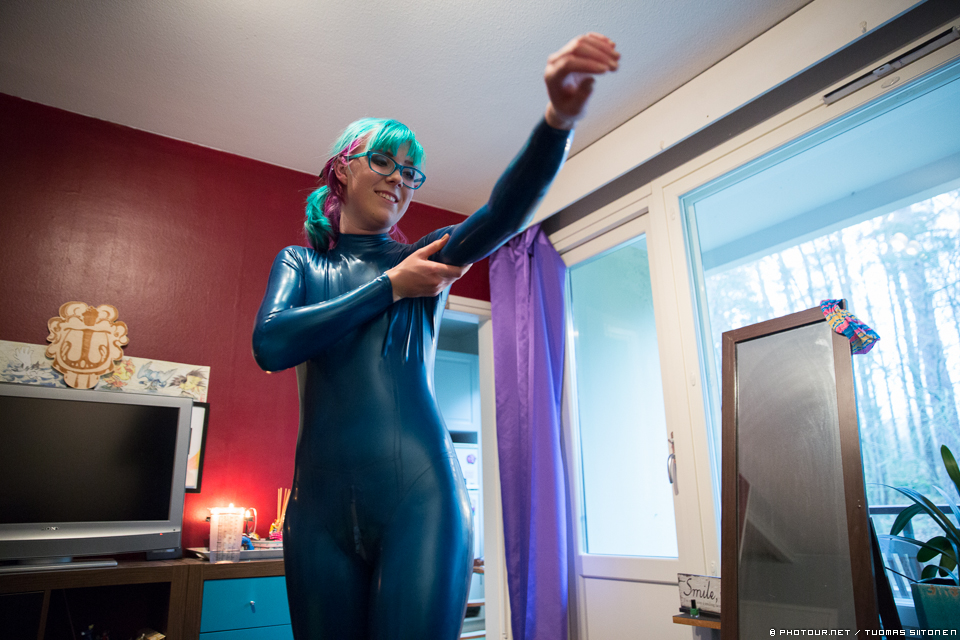 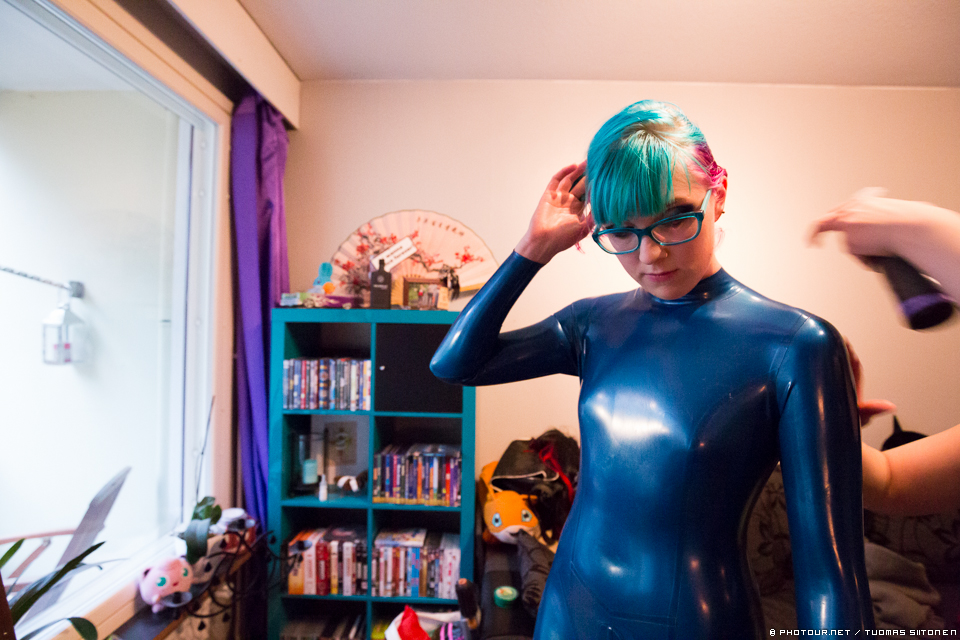 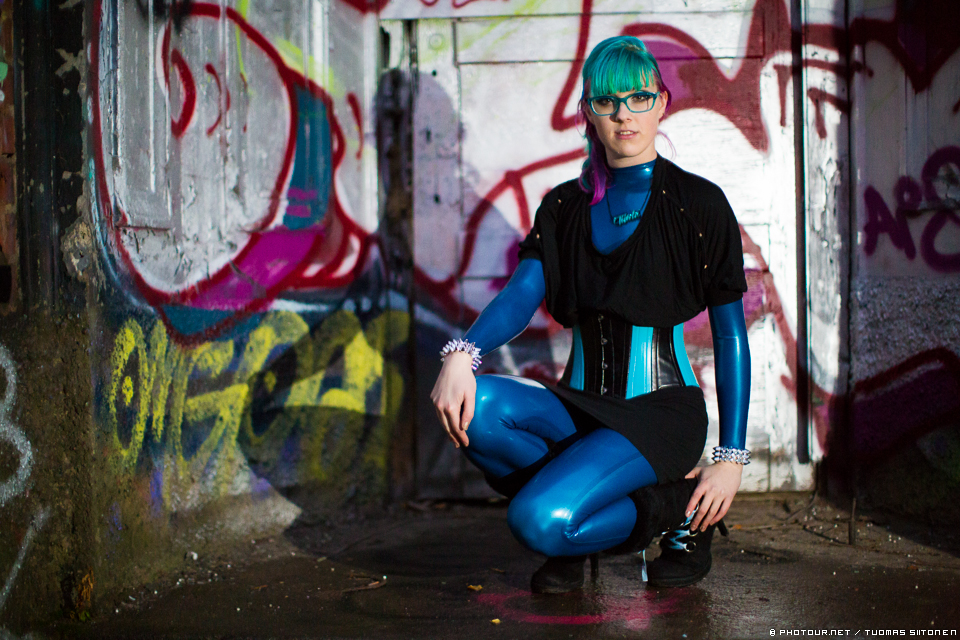 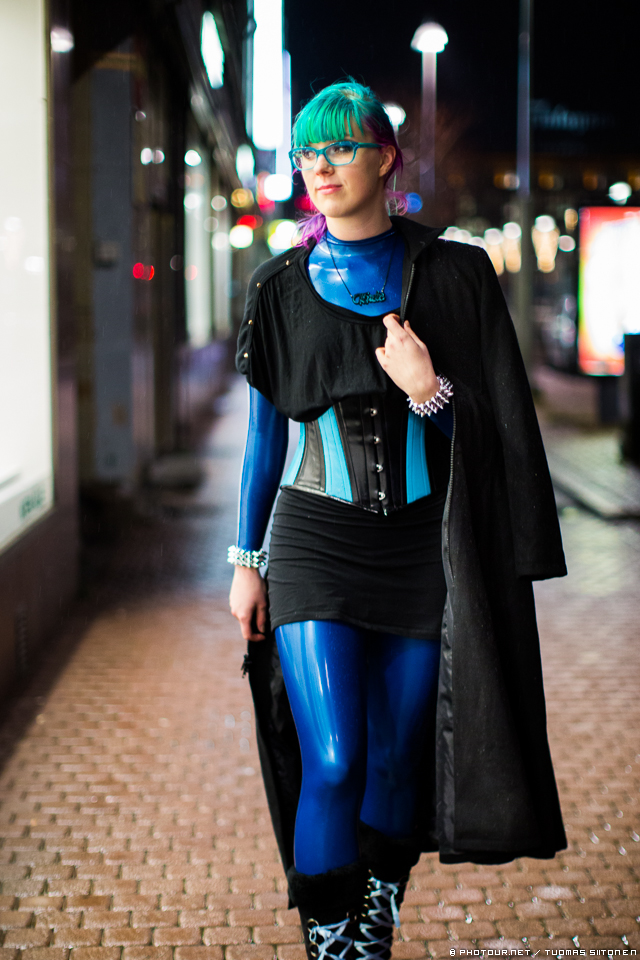 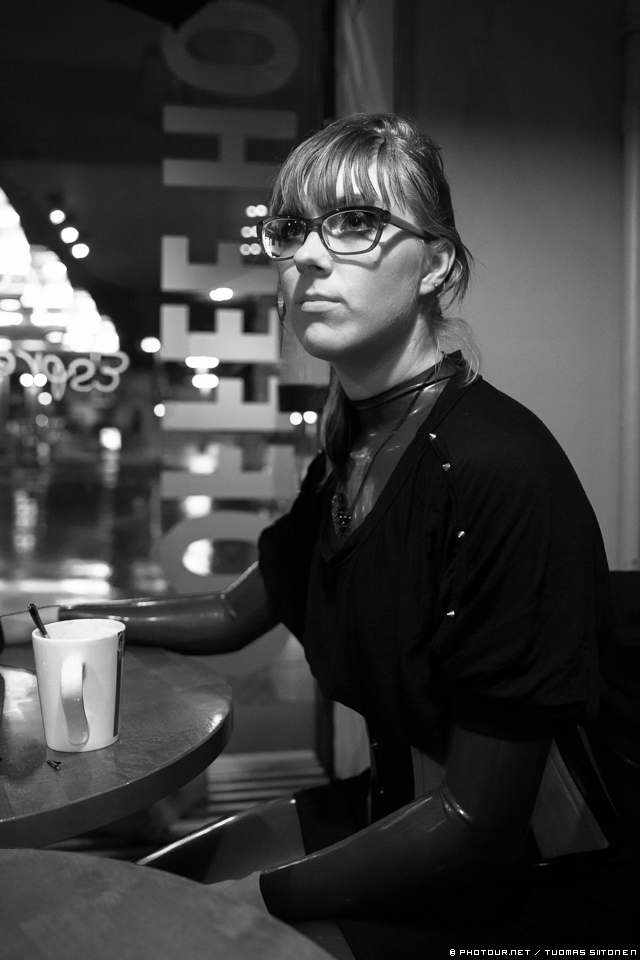 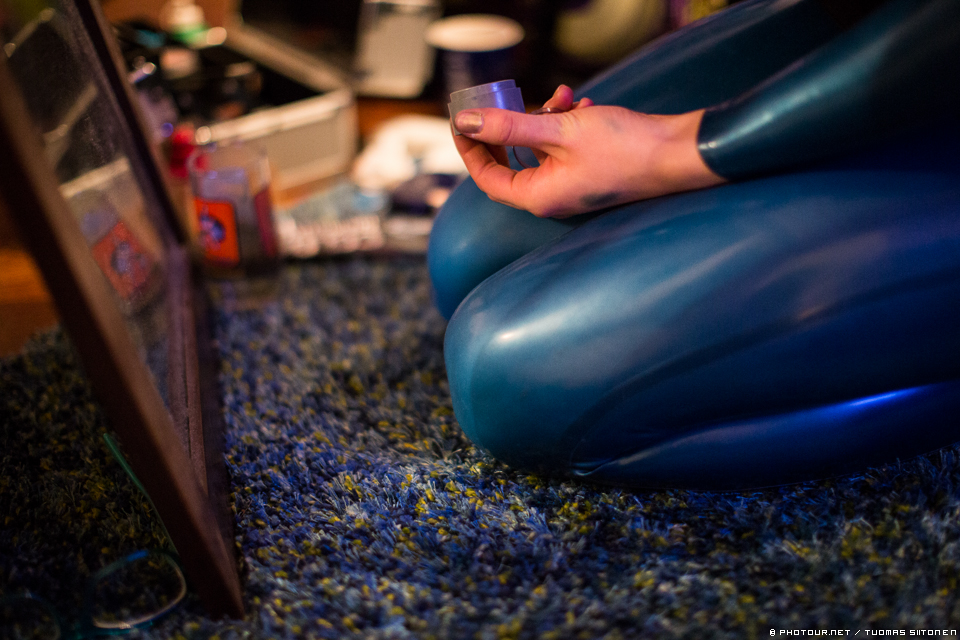 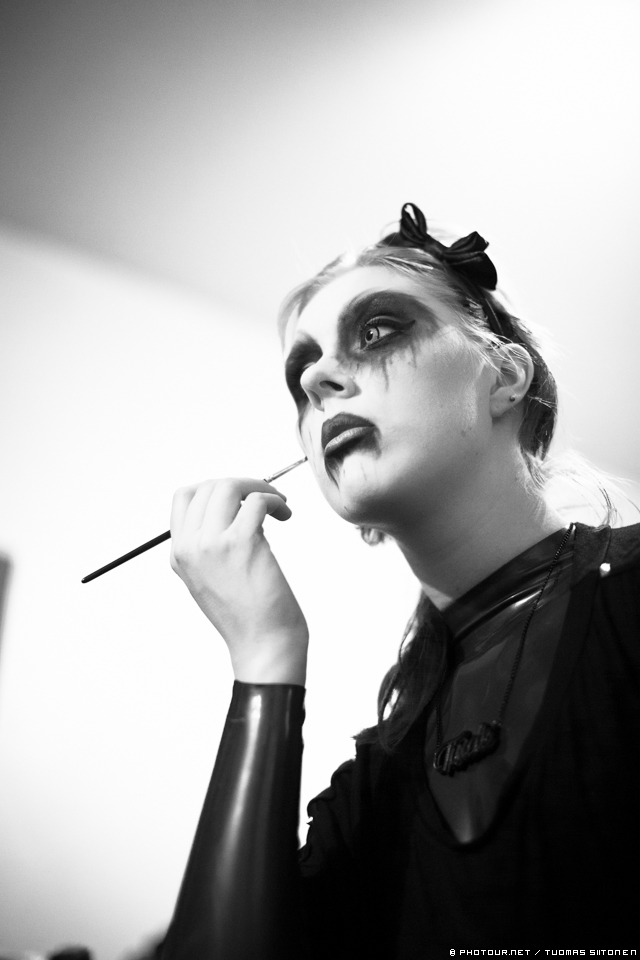 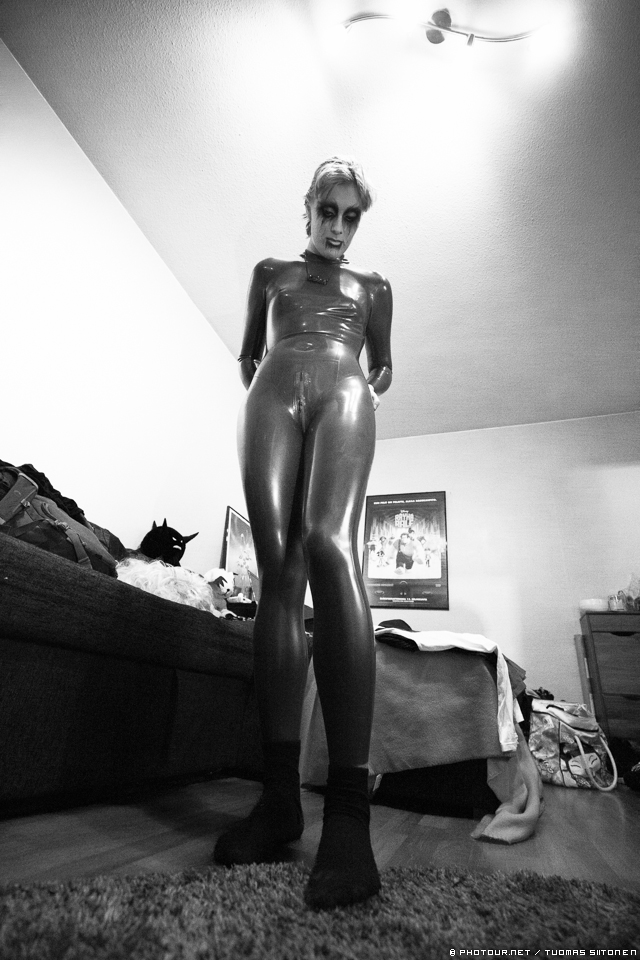 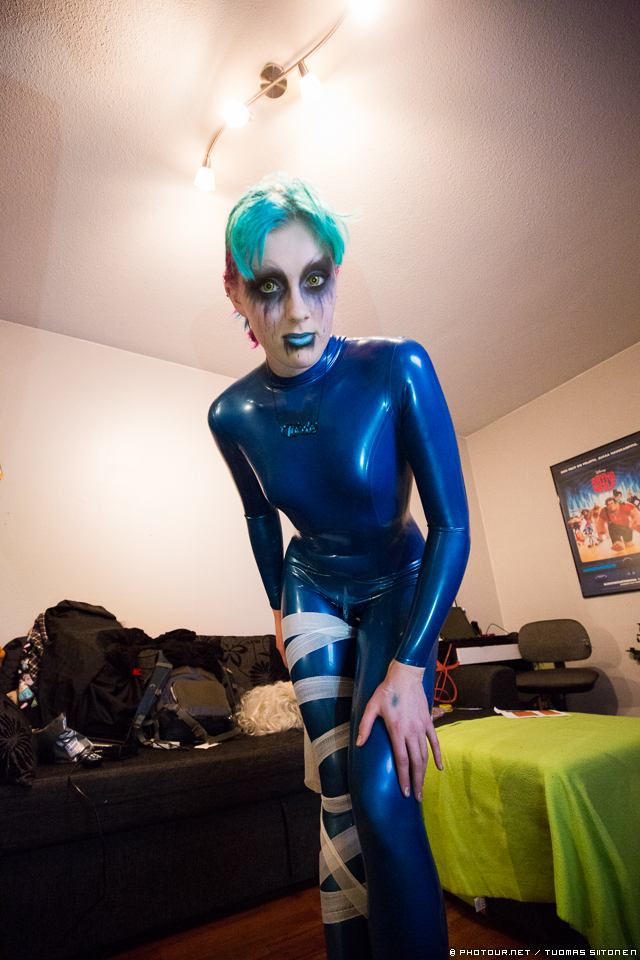 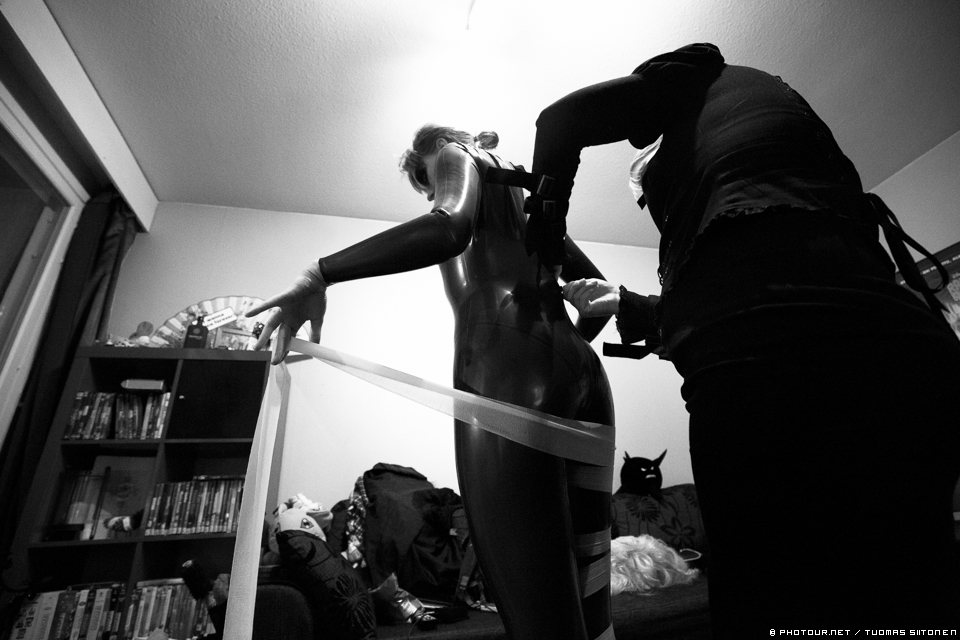 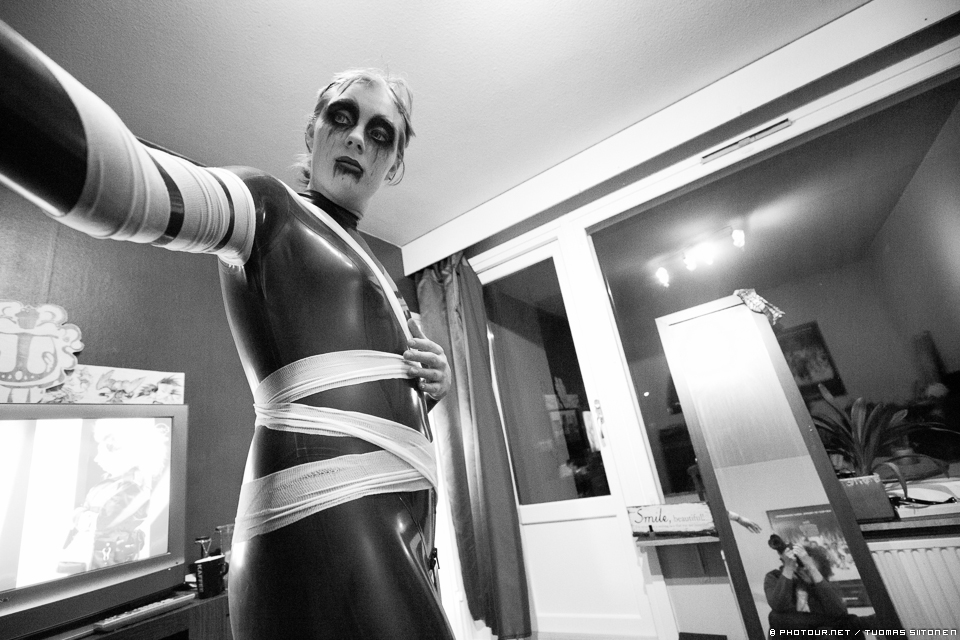 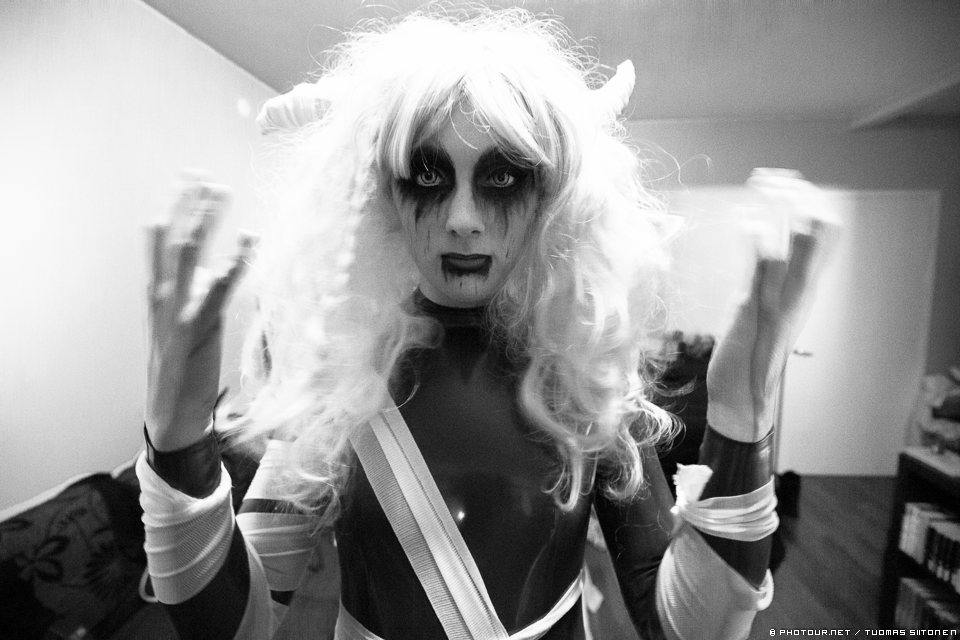 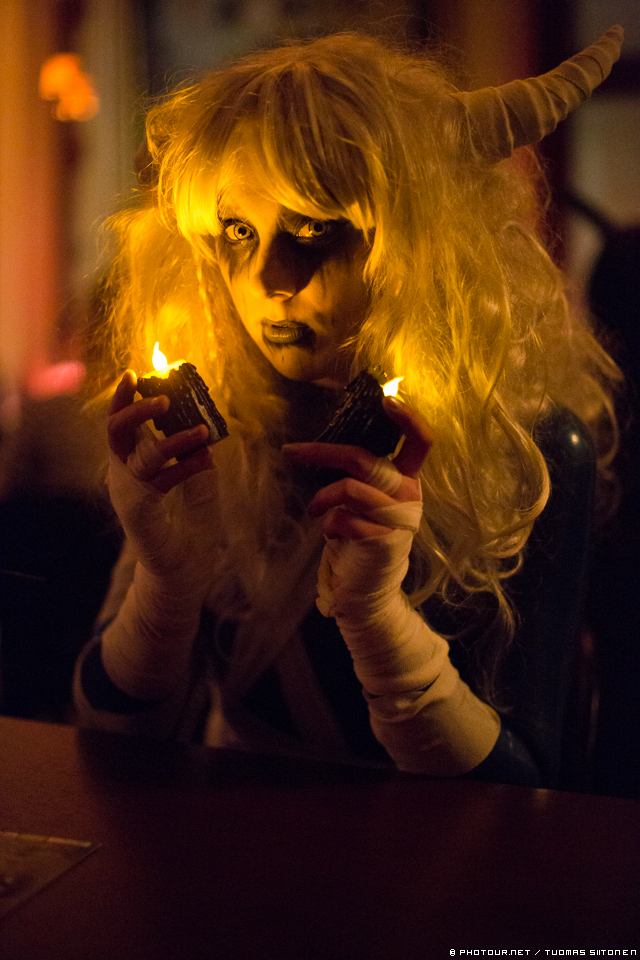 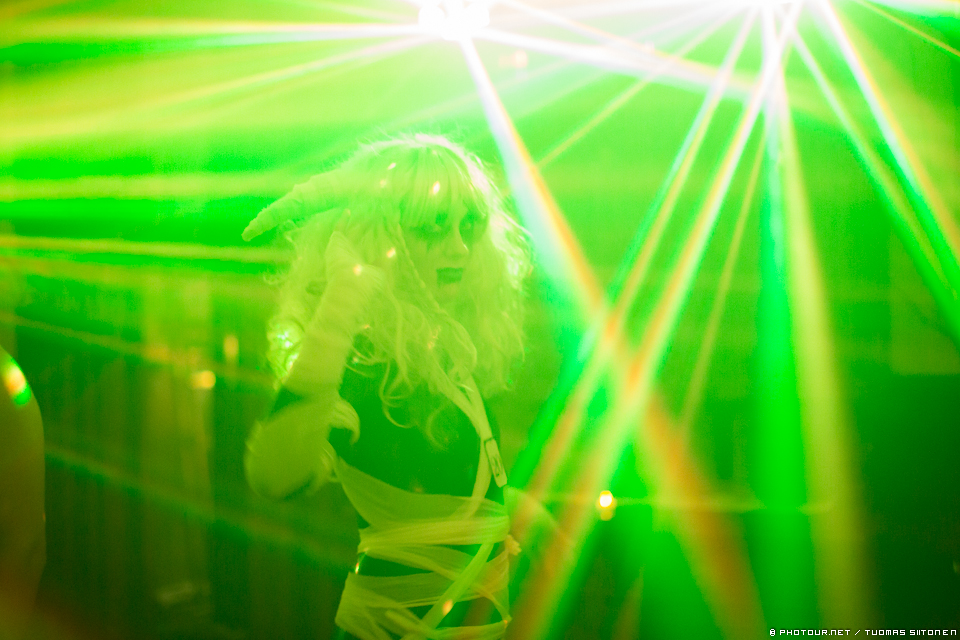 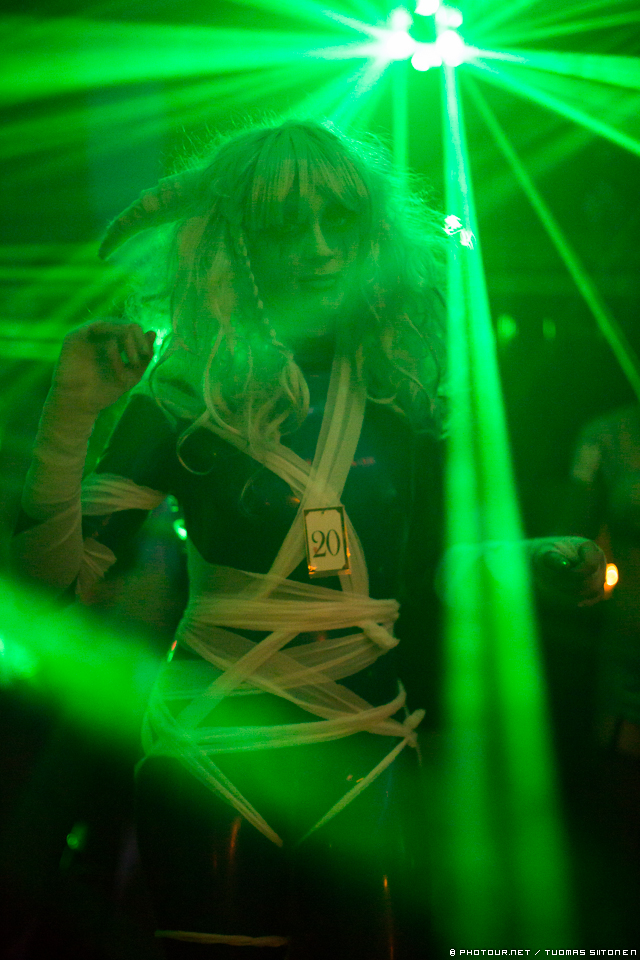 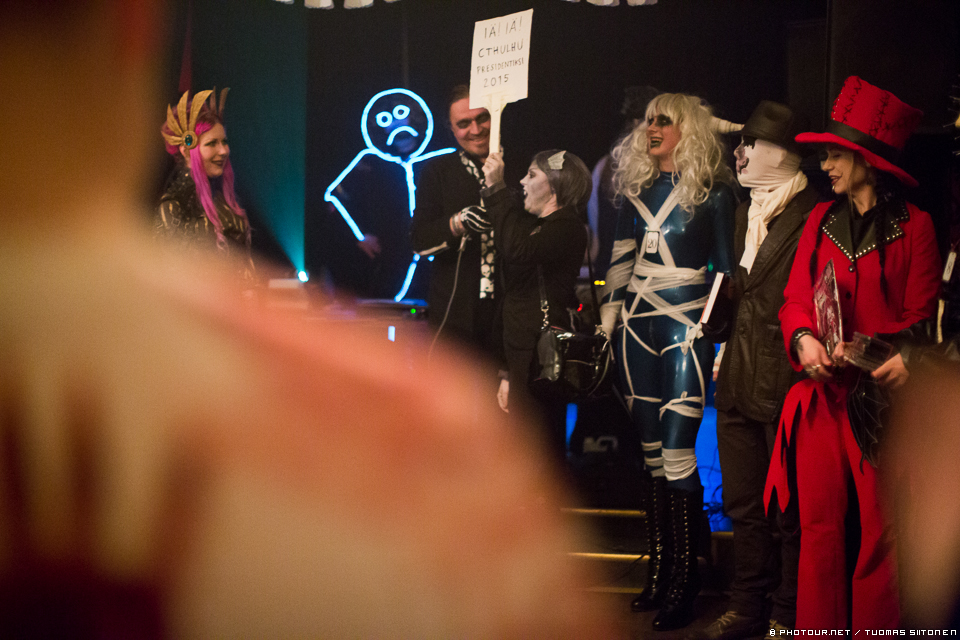 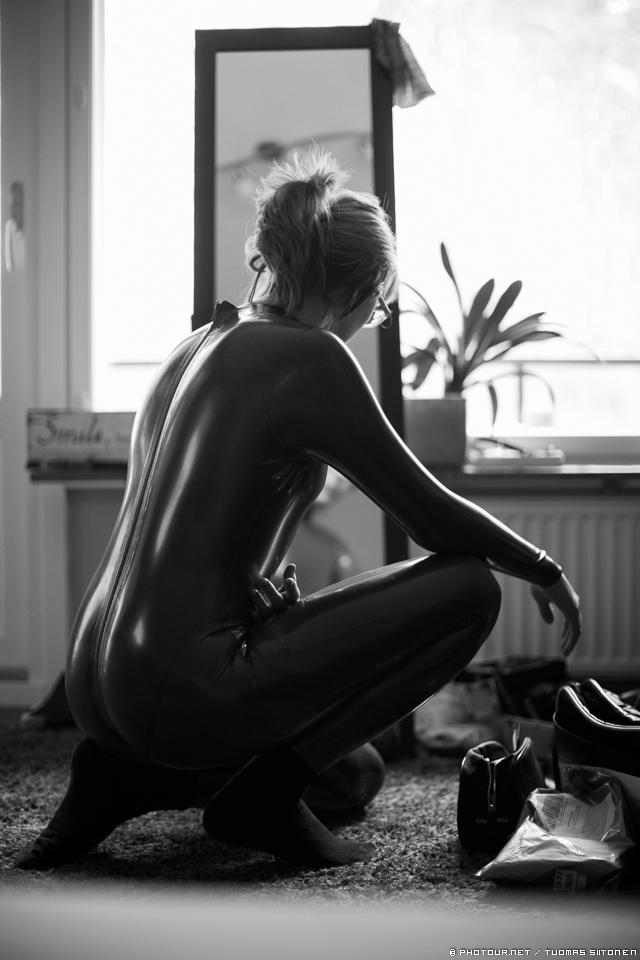 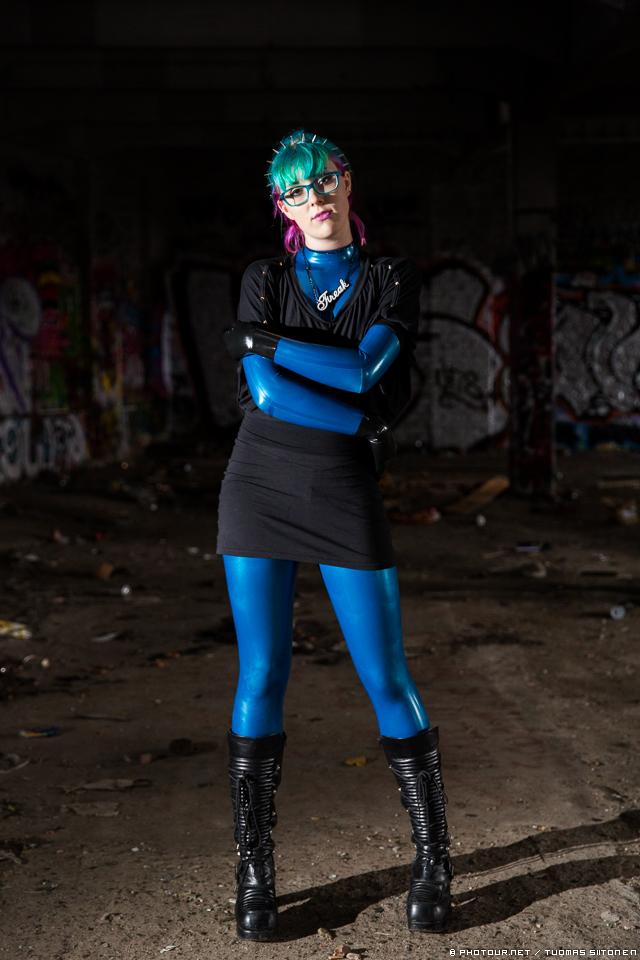 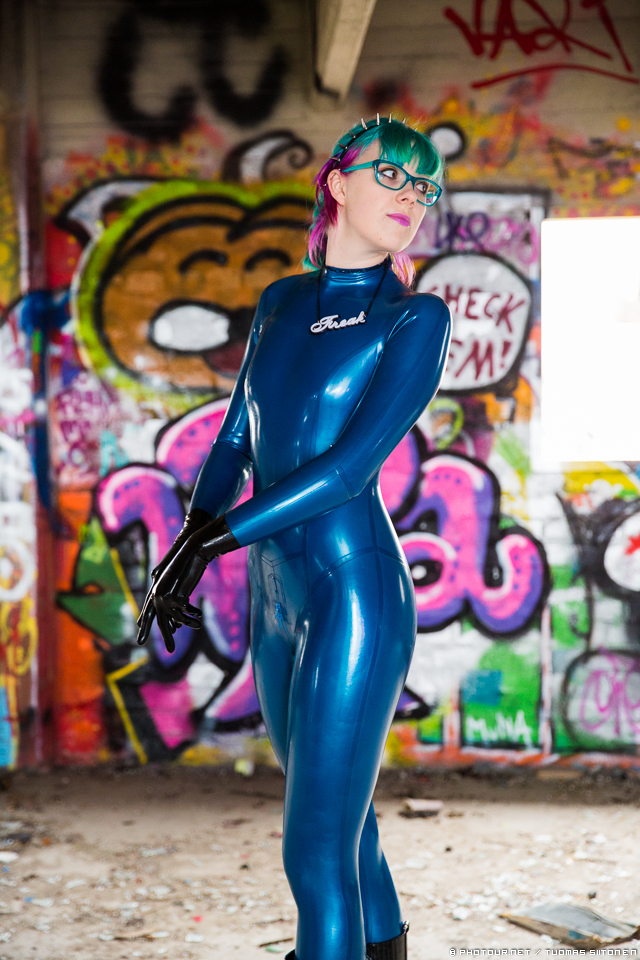 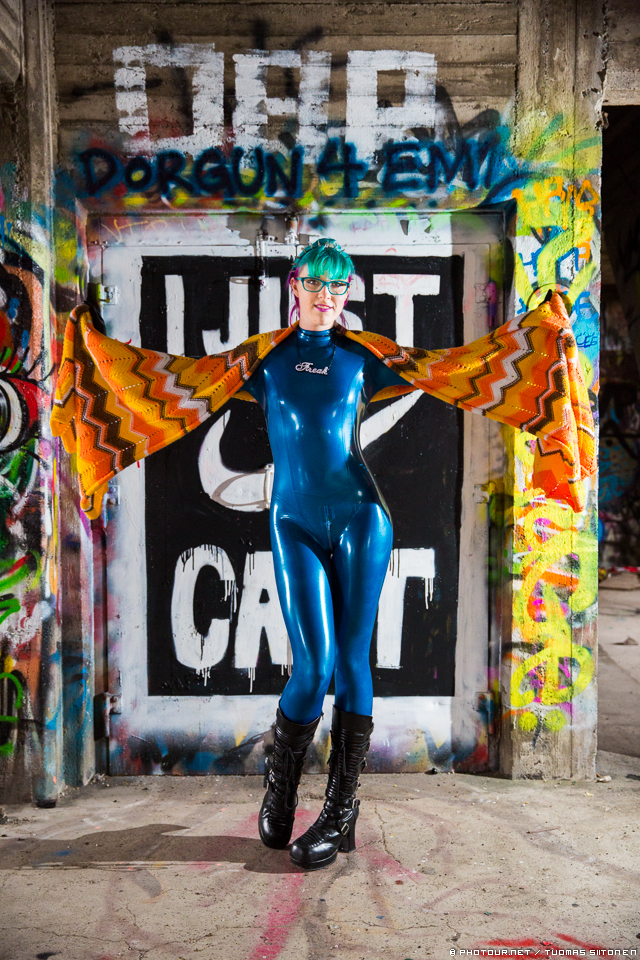 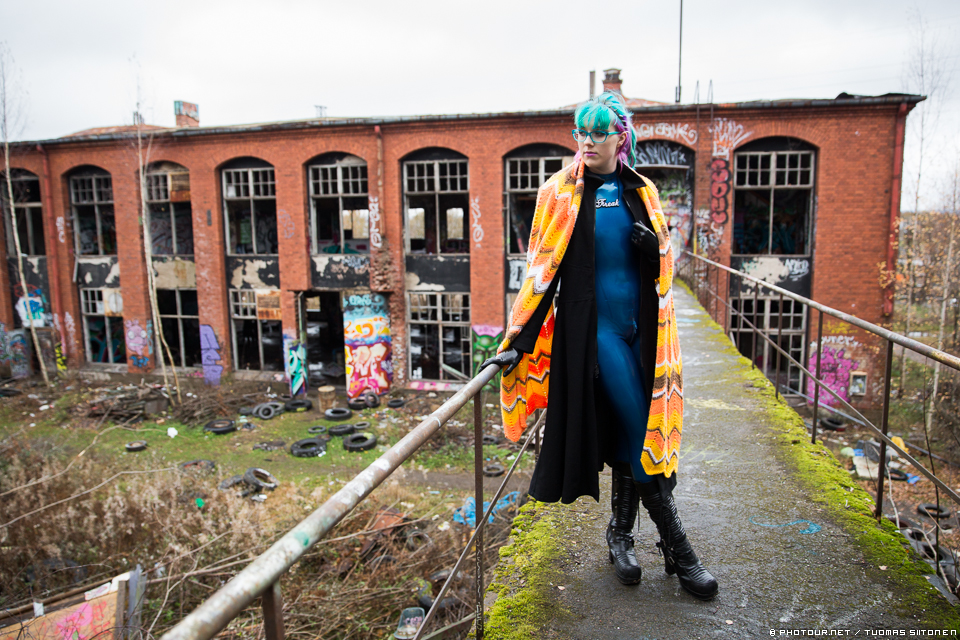 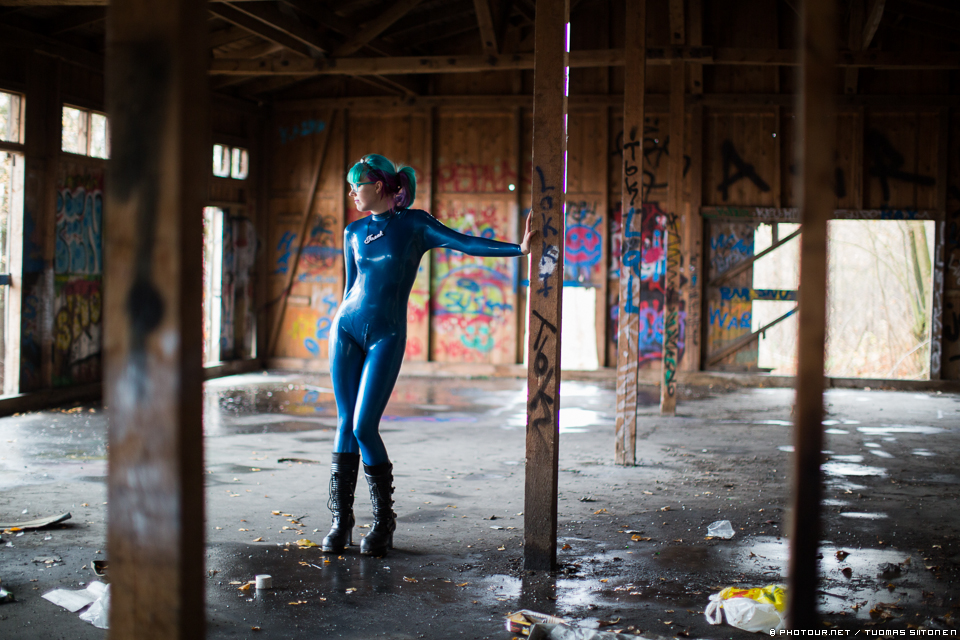 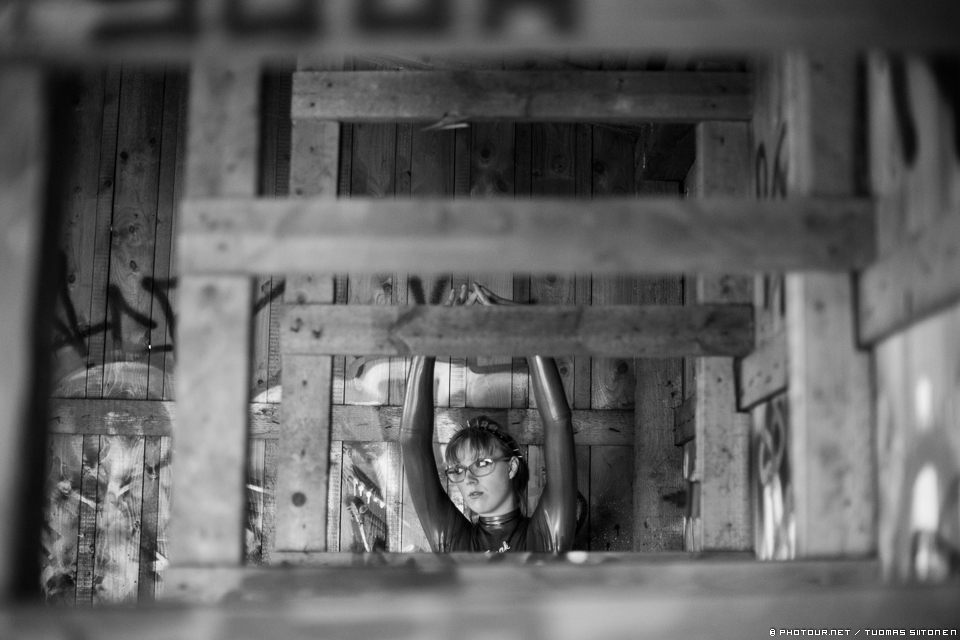