First of all, I just (like an hour or so before writing this) set up Photour.net’s page to Facebook as a way to gather Photour’s visitors, to get to know about the visitors’ interests and to give an easy way to keep in touch with the latest updates and ongoings to the site and Project L – and to update stuff and peek previews that do not necessarily even reach Photour.net itself.

Now, back to our scheduled Project L.

It’s been a while since I’ve posted a Project L, and that’s just honestly because Christmas times are often really, really busy and many of ours had timeschedule changes and so on. Better late than never, so here’s the 30th instalment of Project L.

The Finnish winter is undeniably cold. Sure, there are these silly, temporary periods when the weather turns only moderately cold, but this day was not one of them.

Starting off the day to drive to Tampere was already delayed, as my van’s doors were frozen shut by the nightly -20 °C (that’s -4 °F for you silly Yanks). I felt compassion for Tii, as she would have to pose in the freezing, windy conditions in mere latex. And as we know, latex does not insulate against coldness. At all.

The photoshoot started – luckily – with ease, as the morning’s wind had calmed down. We headed off to a nearby forest where the orange-coloured sun barely rose above the trees on the horizon even when it was already noon. Finnish winter days, even though beautiful, are often very short, lasting only a couple of hours. Thus we did not have much time.

From windbreak formed by the trees, we, rather boldly, headed off to a snowy rose garden at lake Näsijärvi’s shore. It started off nicely, but the sudden realisation that the car was quite far away really struck, as the cold, breezing wind struck us. I was somewhat fine with the weather, but poor Tii got a fair share of the coldness.

After that, we decided it was too cold to shoot outside for a while, so we headed off to Lempäälä’s Ideapark to enjoy some warmth of indoors. And some fine, Finnish cuisine: pizza.

Soon we were warm enough, so we headed to the centre of Tampere to freeze off Tii’s other buttock. The day had dawned to its end and twilight had set over the windy city, as the temperatures had fallen again. Sun did not shine where we roamed, though mostly because the sun was below the horizon.

Thus, we sought warmness from indoors, again. This time it was around Finlayson’s shopping-newsroom-restaurant-café area. Then I put Tii outside again to pose without anything other than the suit itself.

All and all, ignoring the drawback of Tii freezing her buttocks, the day was a success. We had luck with the weather being as sunny as promised and managed to showcase the Finnish winter in its true, cold colours. 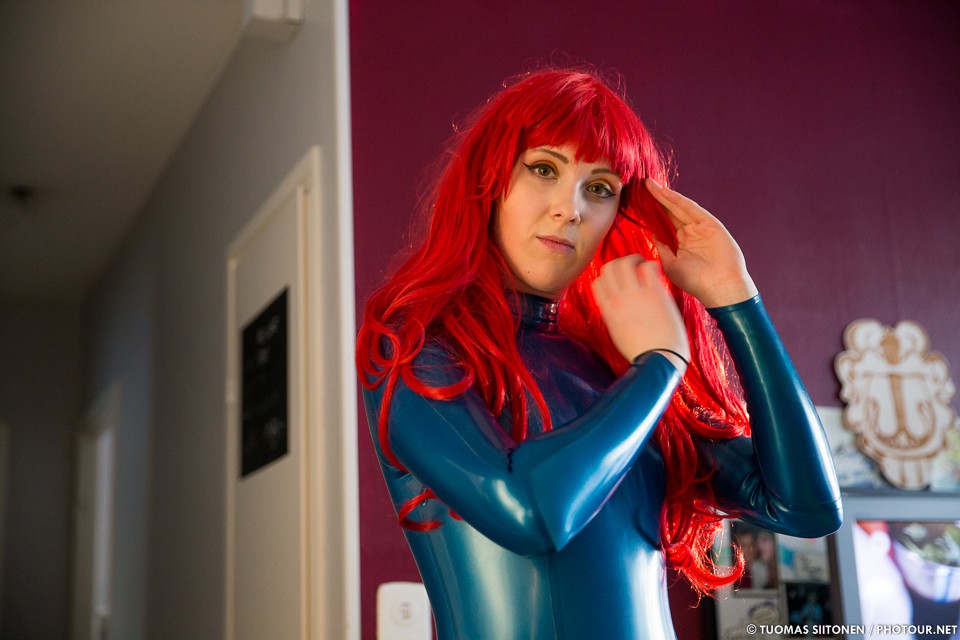 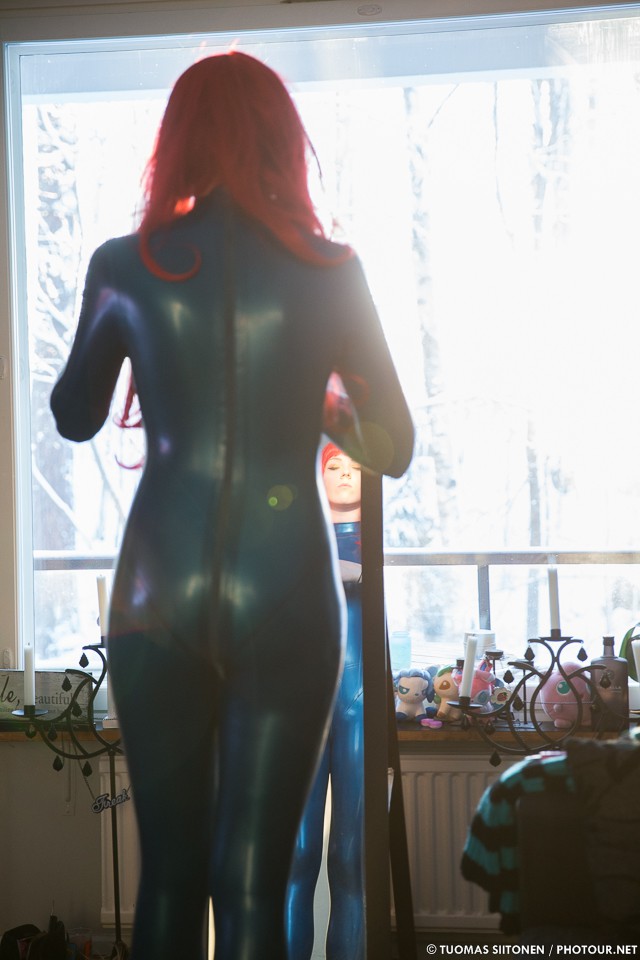 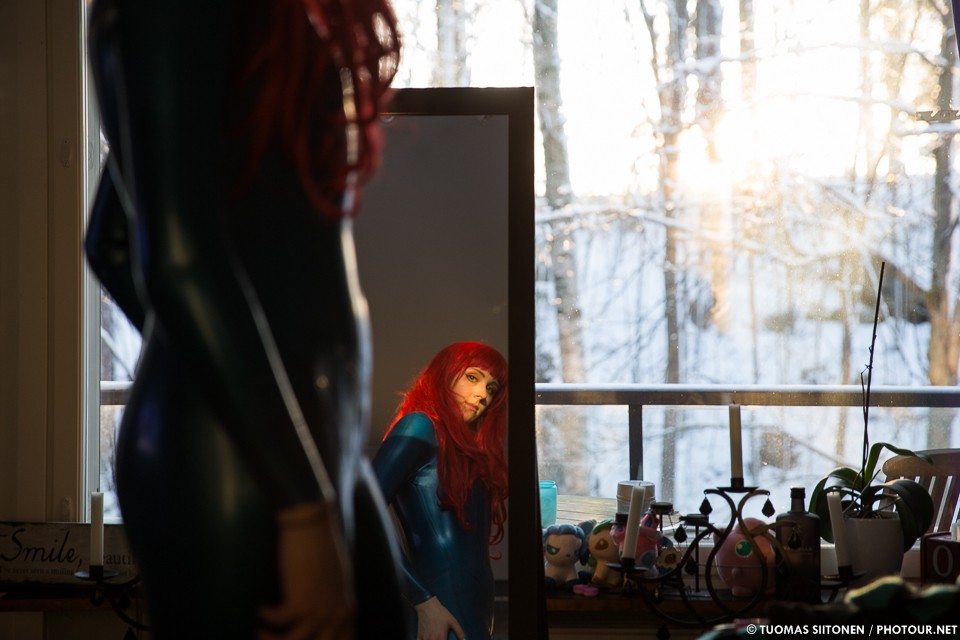 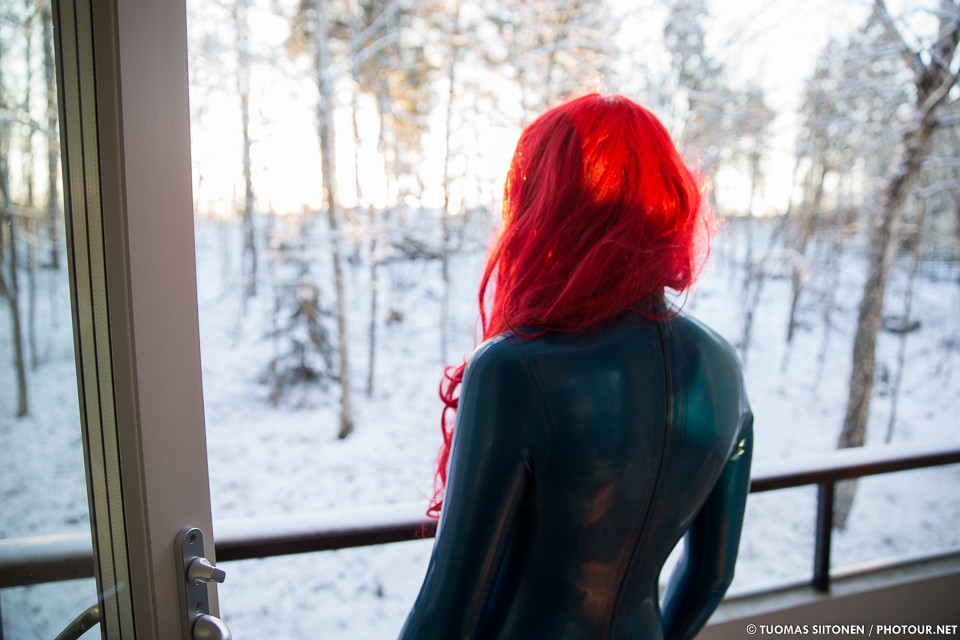 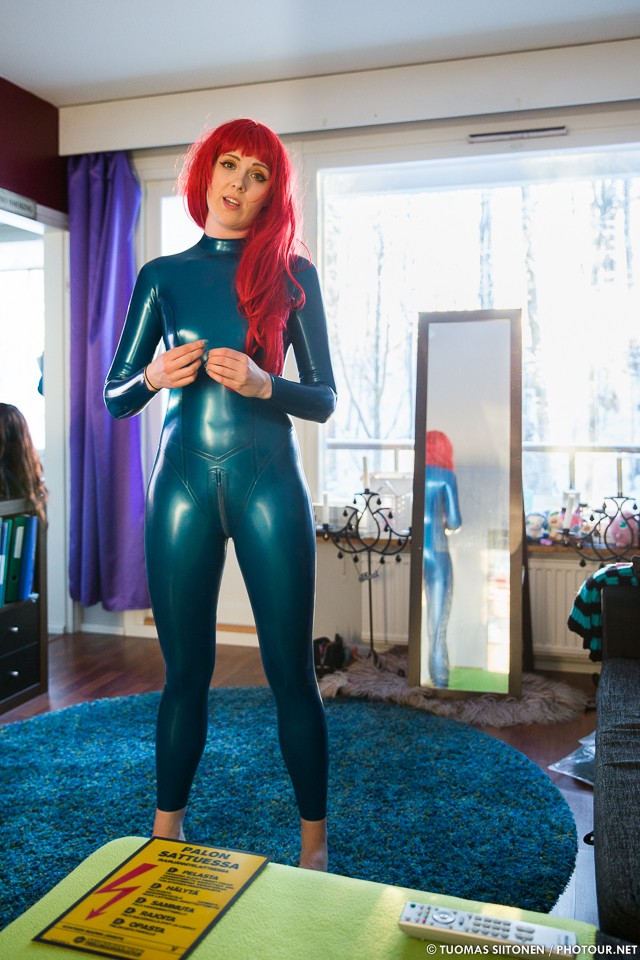 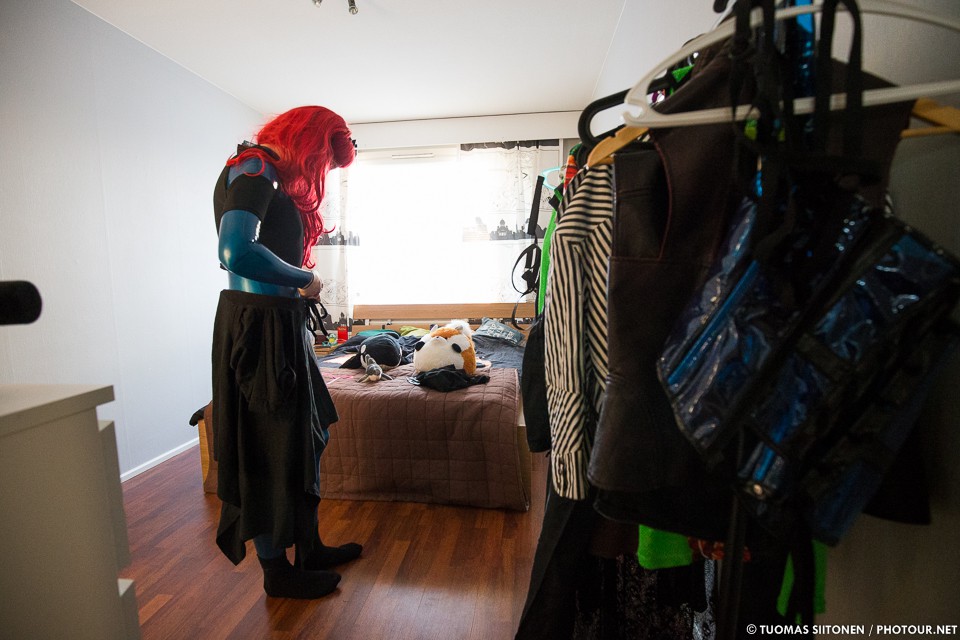 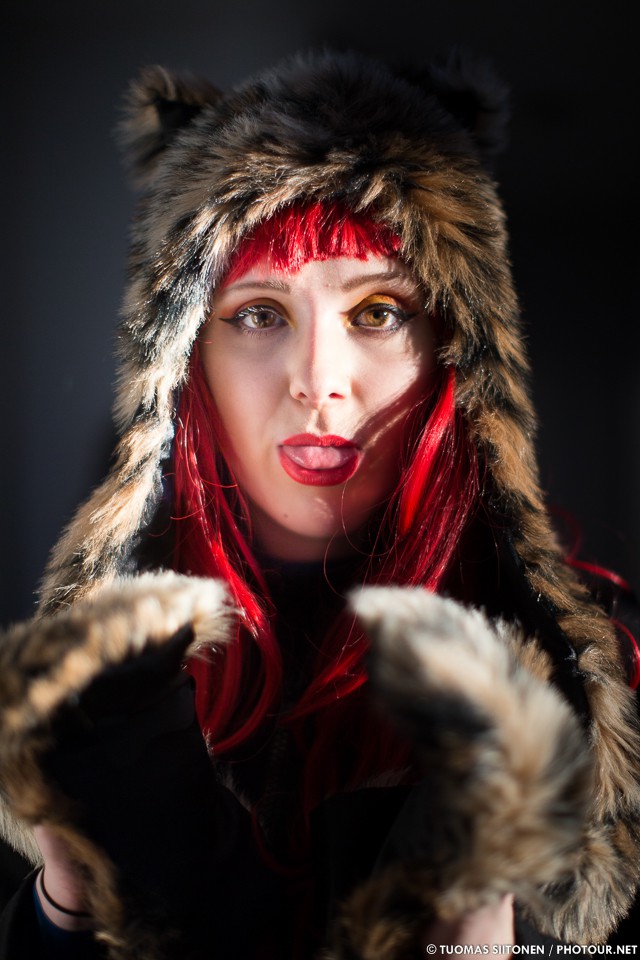 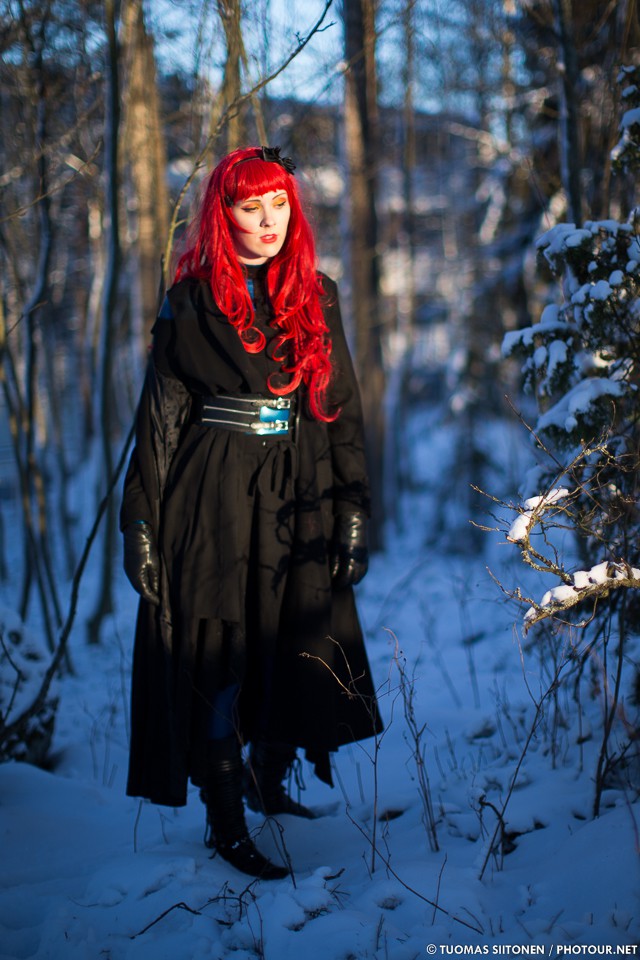 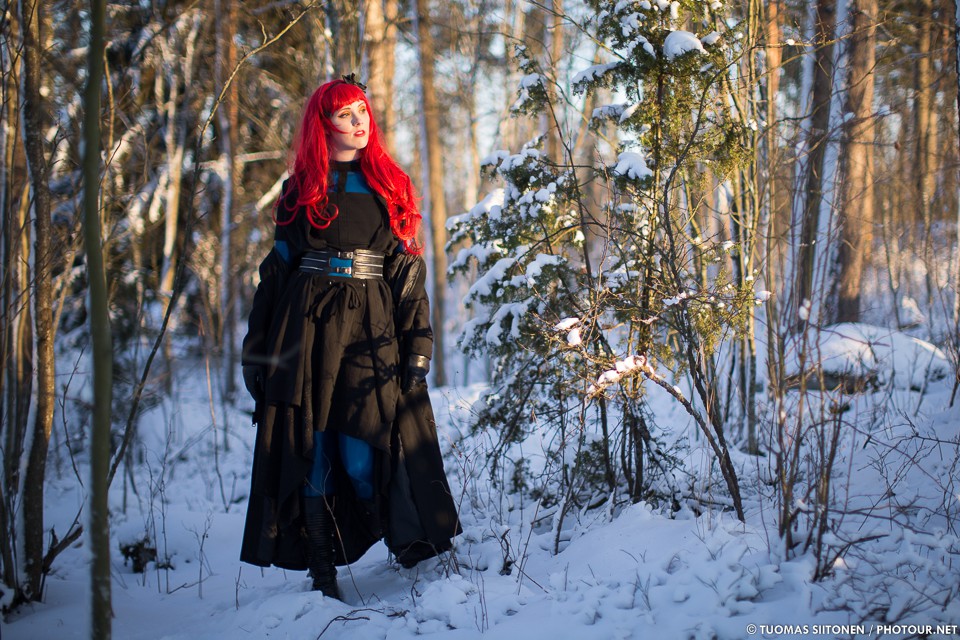 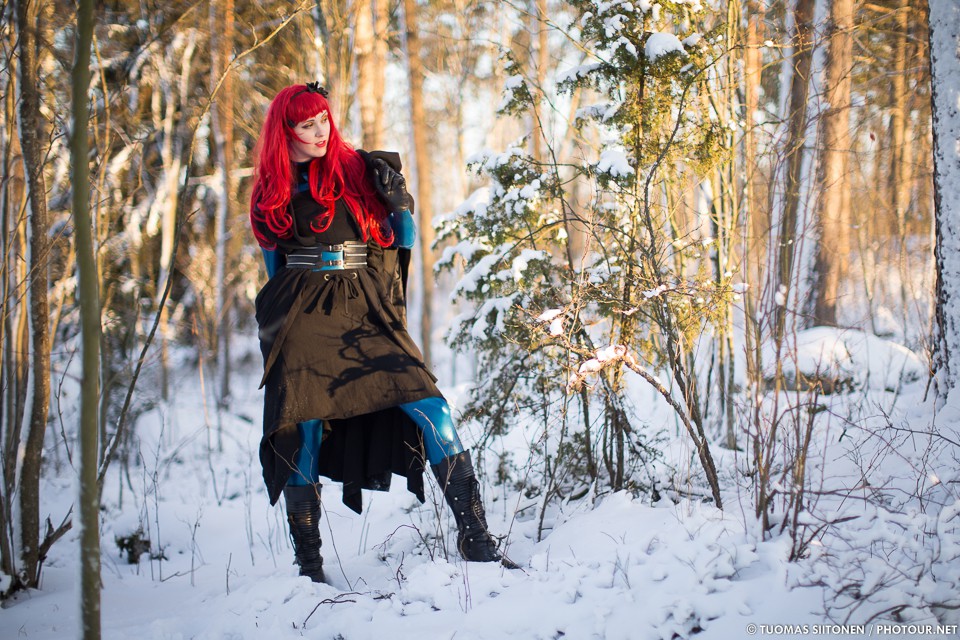 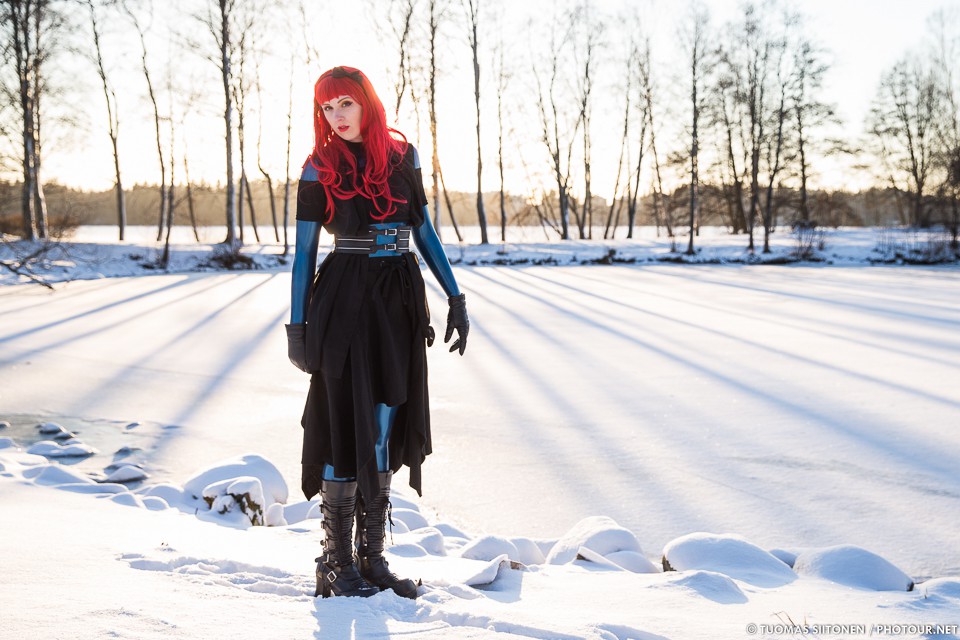 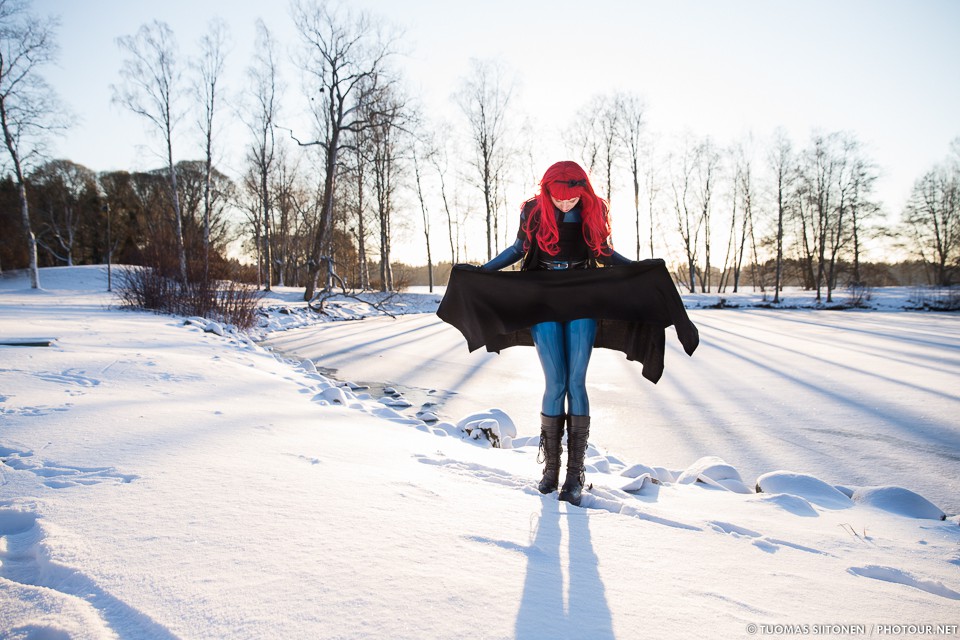 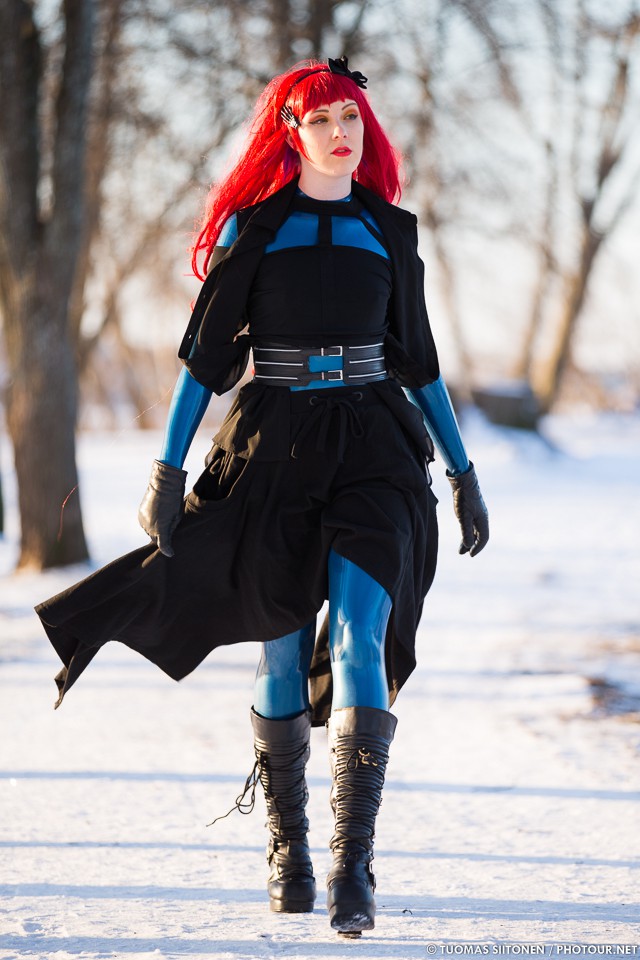 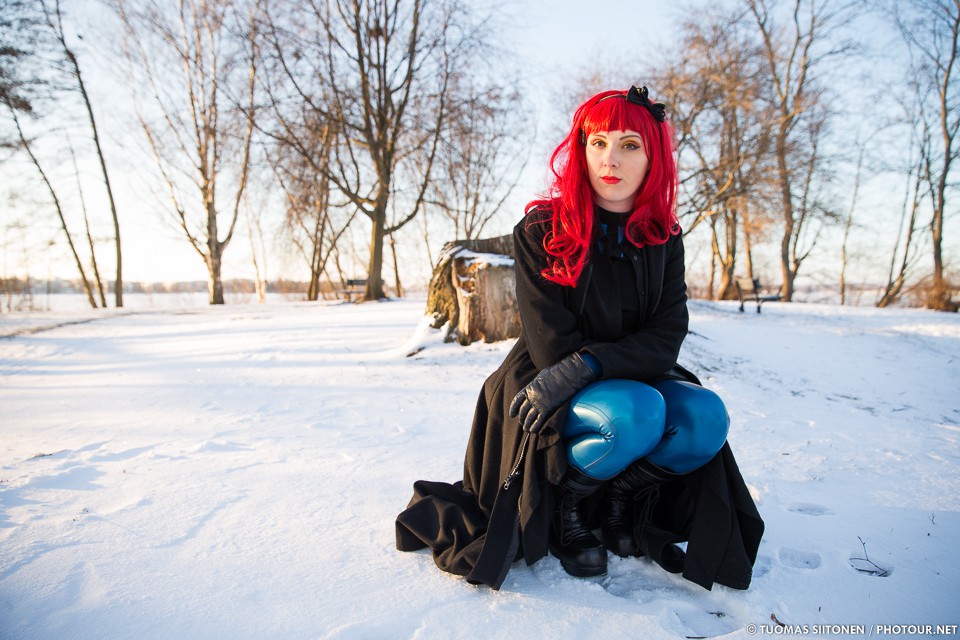 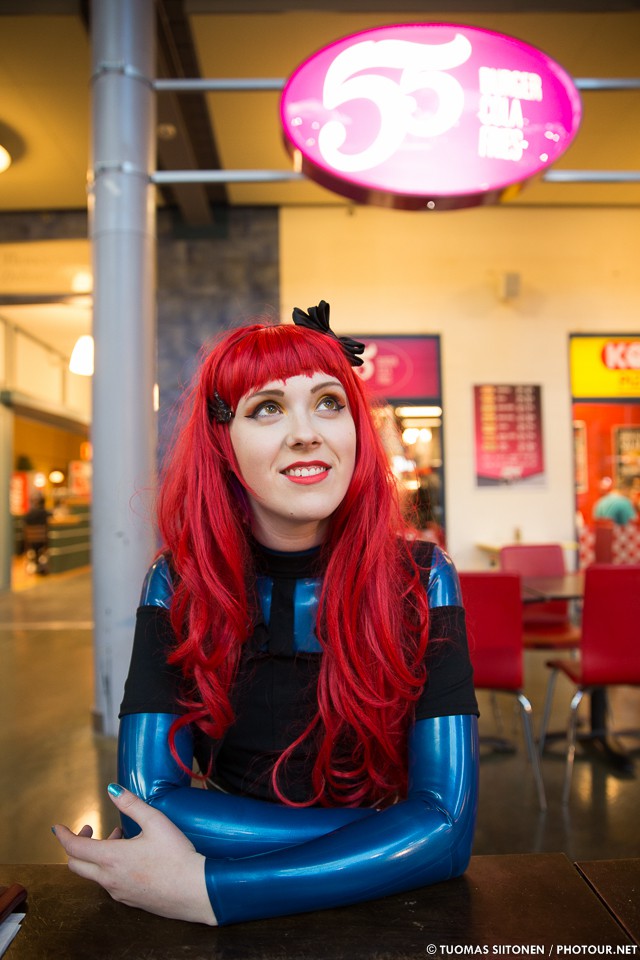 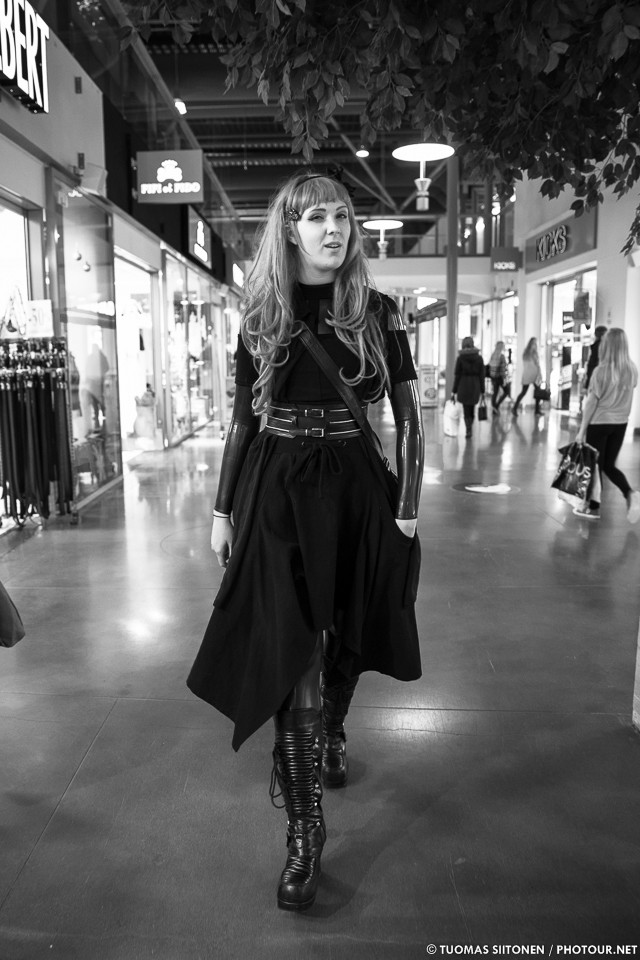 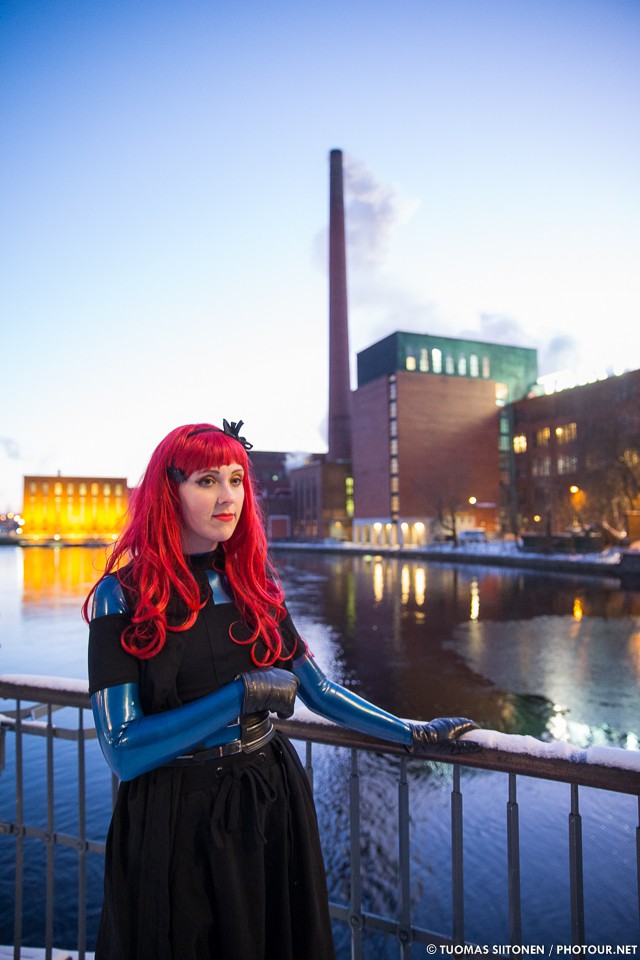 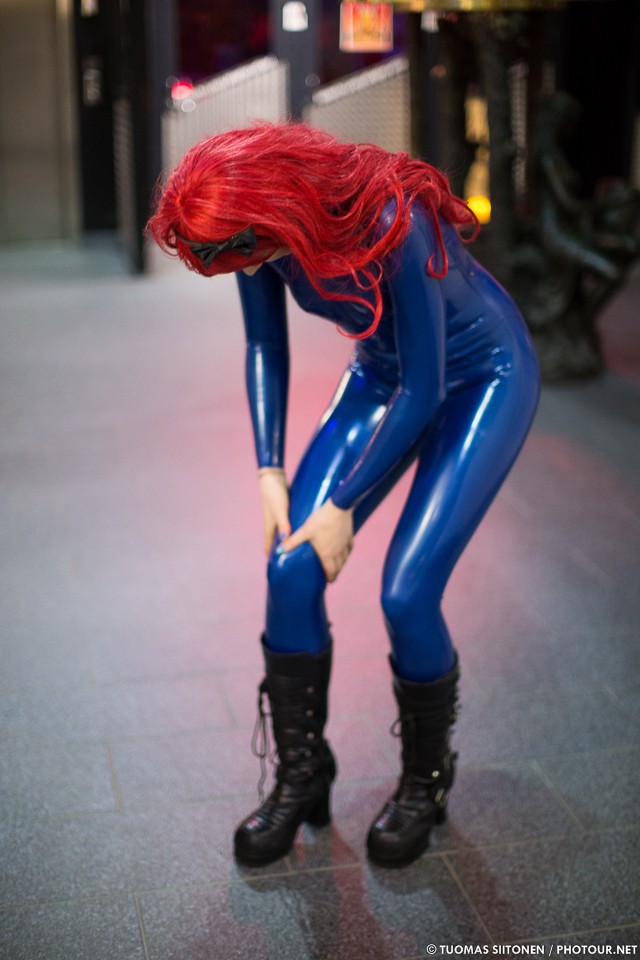 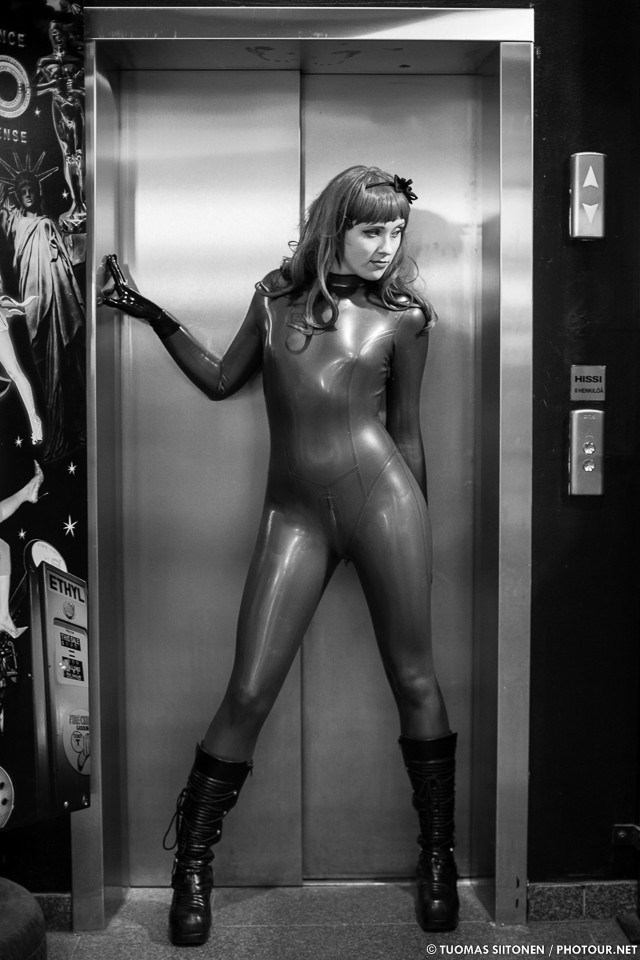 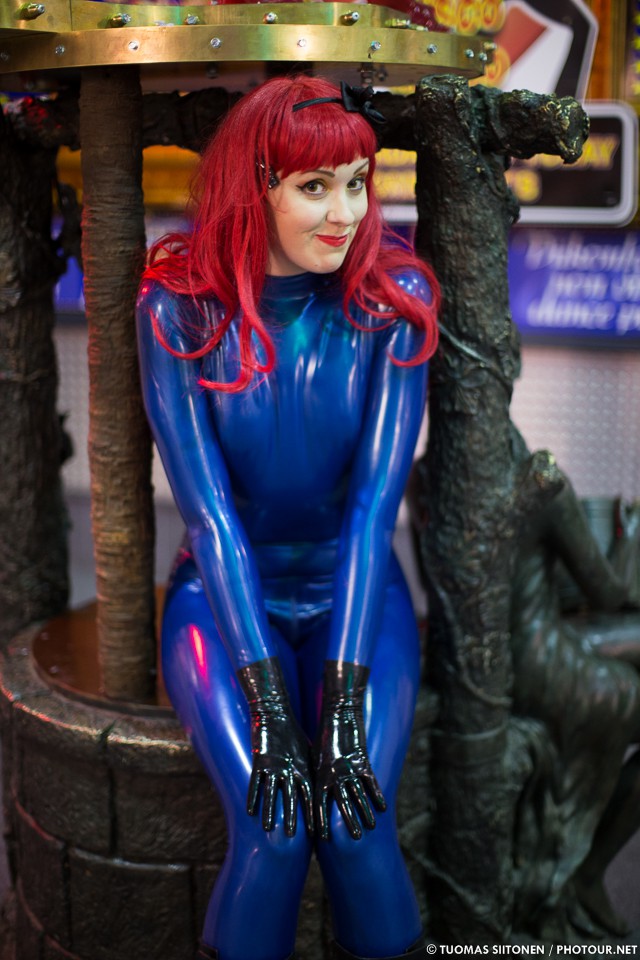 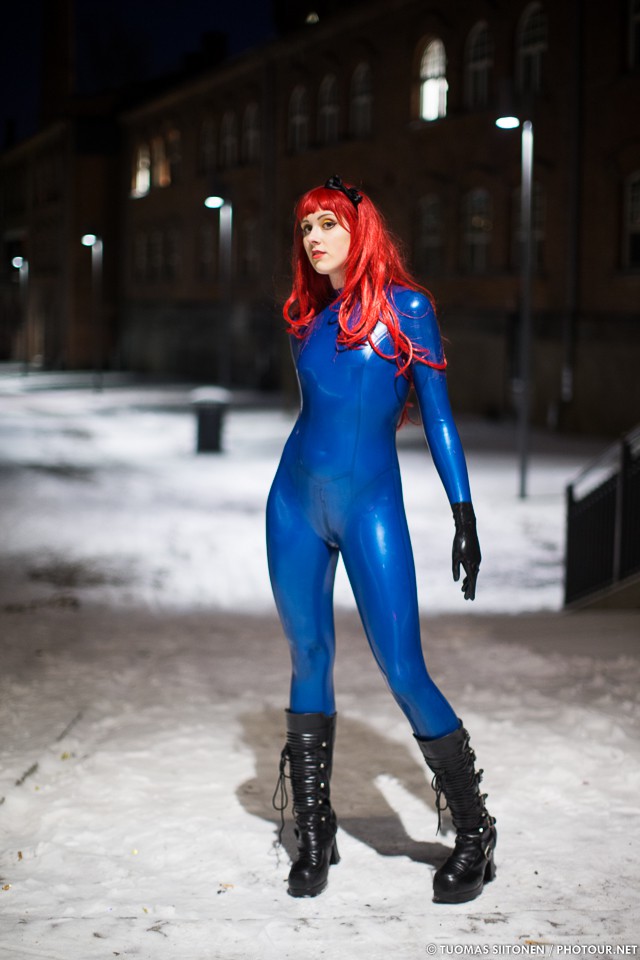 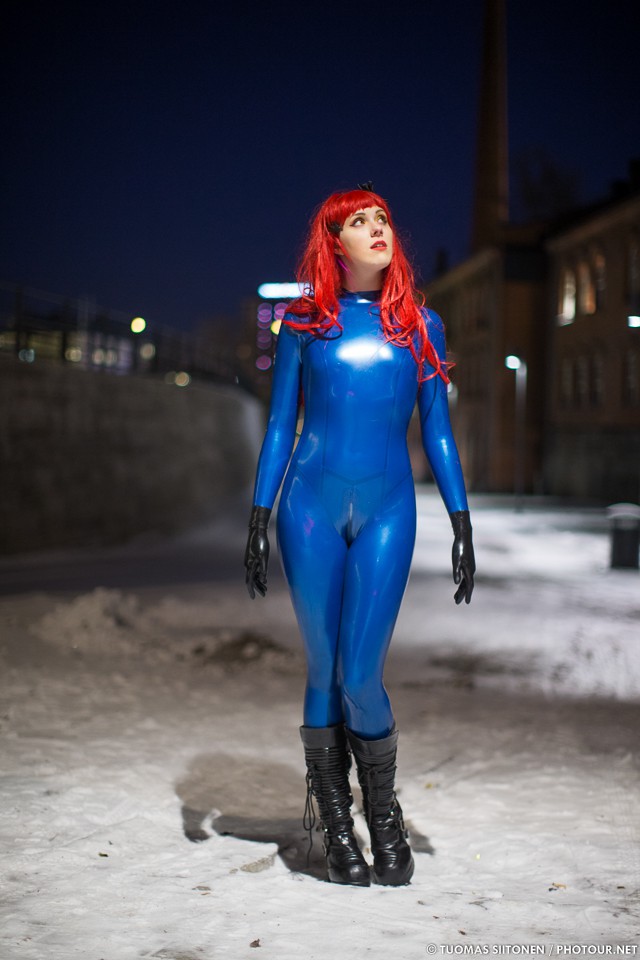 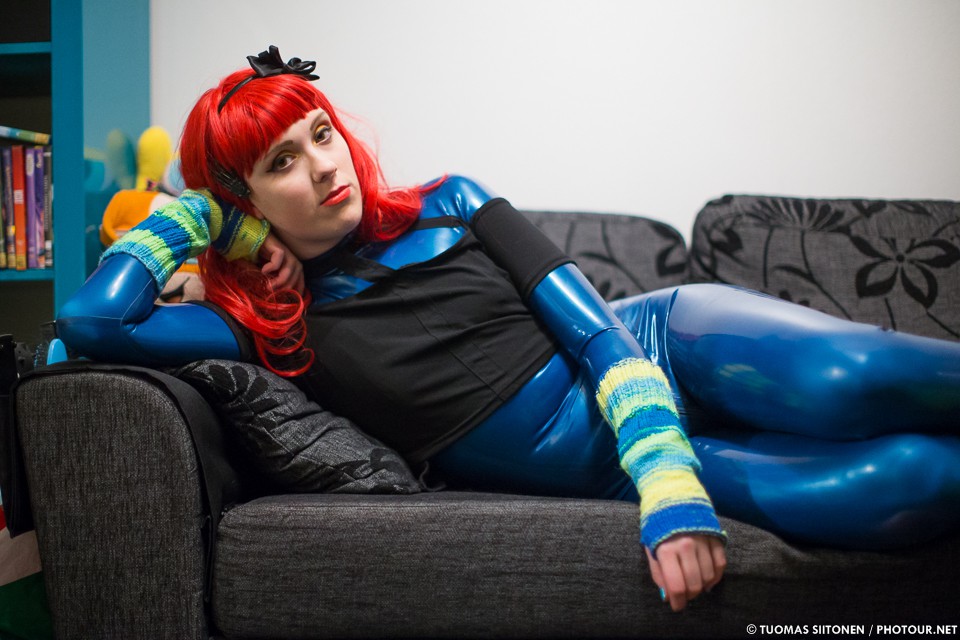 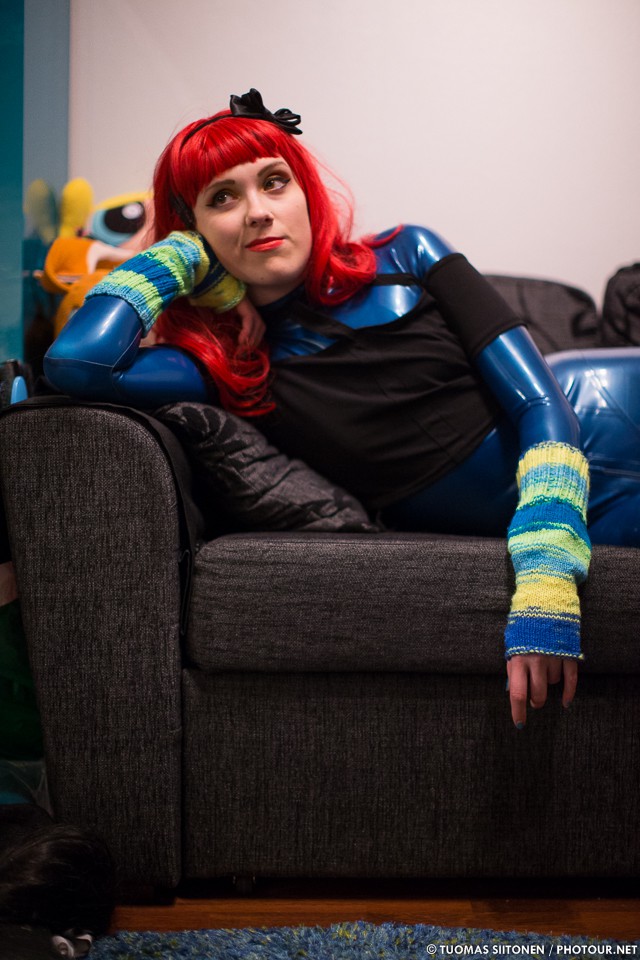 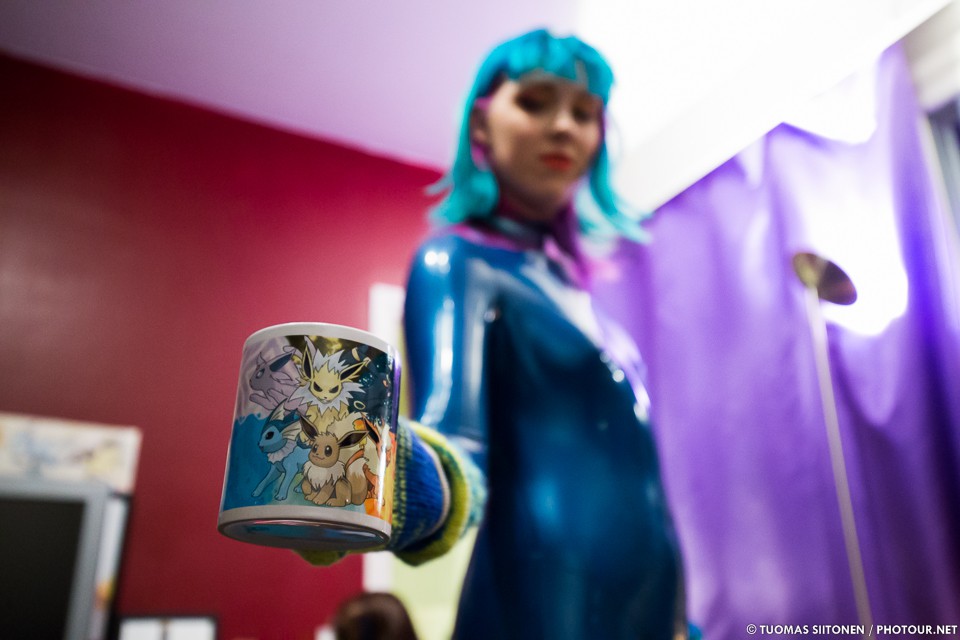 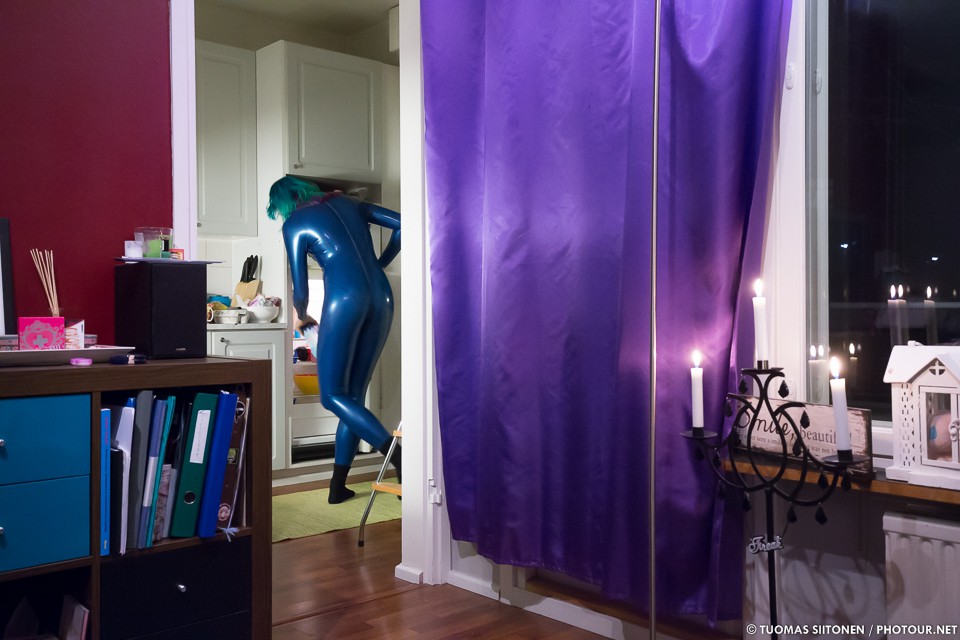 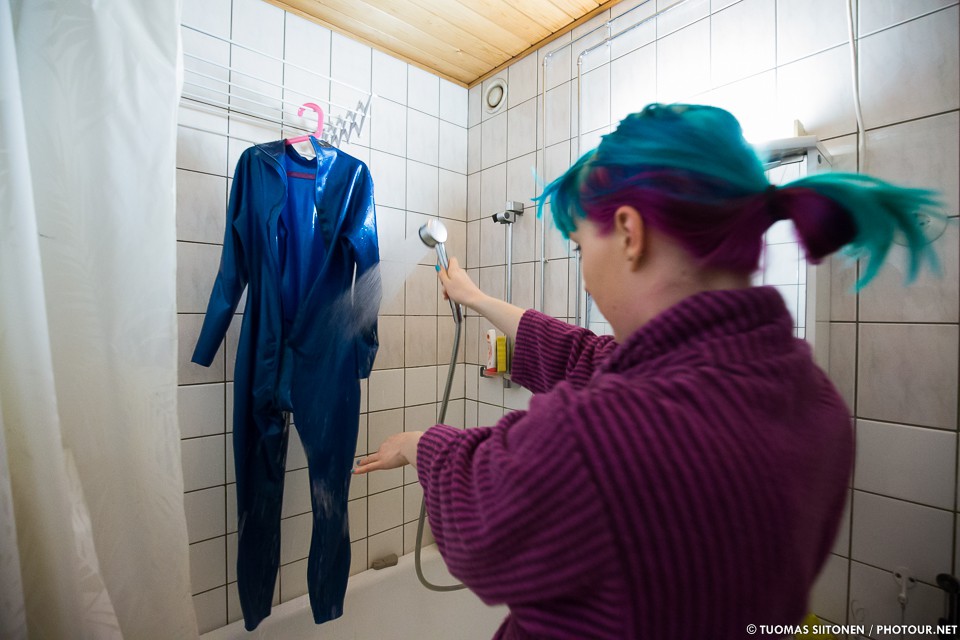