There are days when things just don’t go as planned. But as this was a three-day cruise to Stockholm, there were three possibilities to not go as planned.

The cold, breezing wind blowing from the thawed sea could’ve been a first sight of warning, but we didn’t pay that much attention to it – we were just glad that we got inside to the warmness of the ship.

When I initially booked our trip, I did it very lazily – all I saw was a cheap cabin on a ship that takes us to Stockholm and back. Never did I check the ship’s shows nor anything like that.

We expected a party boat, not a full-cramped ship with barely any entertainment and tons and tons of screaming children. Oh god. But at least Tii sang us some karaoke – and sang it beautifully!

At least the food was okay, even though the ever more swaying ship made walking around a tad difficult. And as we were tired from last few days – especially Desucon had me all worn out – we went to bed to have a fresh start for the next day.

Not soon after we had gone to bed, the ship really started to sway in the huge waves. Apparently a storm had hit the Baltic Sea and we were in the middle of it. Needless to say, we barely got any sleep that night.

When the morning arrived, we were eager to take our photoshoot to Stockholm’s centre. But no – of course not; the boat had to slow down during the night and we were almost two hours late from the schedule, thus leaving us only a handful of time to stay in Stockholm.

As if that wasn’t enough, we found a hole beginning to form in the catsuit’s armpit. Cursing our bad luck we rushed to a nearby bike shop in Stockholm’s Gamla stan and improvised an emergency patch from a bike tire kit – million times better to put a patch than to let the suit tear.

By the time we had our improvised latex repair kit on our hands, it was time to leave Stockholm to get back on the boat. I wish we could’ve shot more than a couple of frames in Stockholm, it’s truly a beautiful city.

The winds had calmed down and we arrived back to Helsinki in time. We were greeted with the cold breeze and blizzard at the shorelines of Katajanokka, from where we walked to the centrum to get some morning coffee and look back into the few days together.

Even though Tii had squeezed the catsuit on, the weather in Helsinki was way too cold and windy for her to pose after three tiring days on a rocking boat. She departed her train back to Tampere and I headed home to Järvenpää to import the photos and catch on some missed sleep.

We barely shot any video, so don’t have high hopes for moving pictures from the behind the scenes. We’ll have pictures, though! 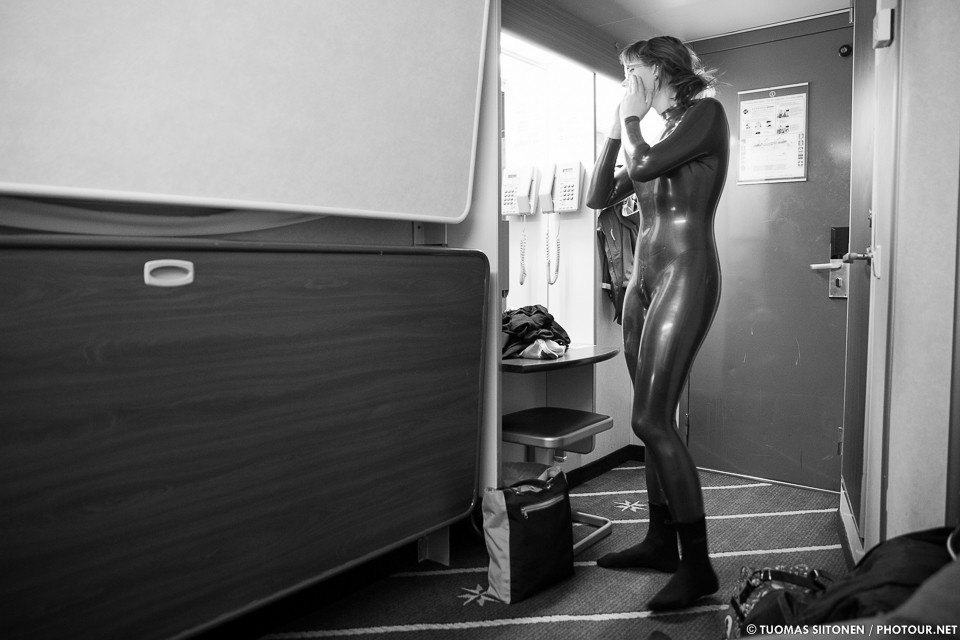 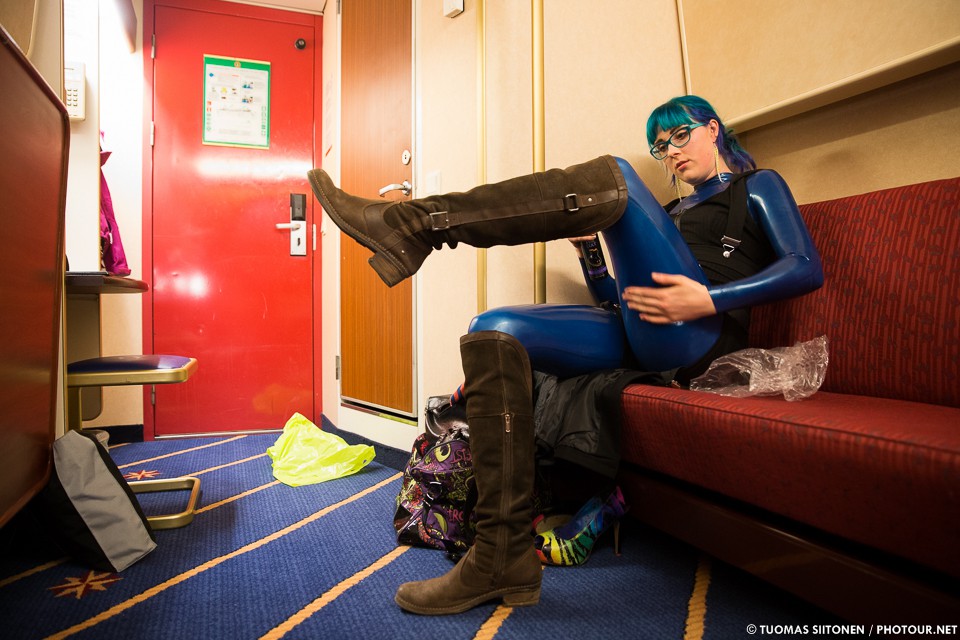 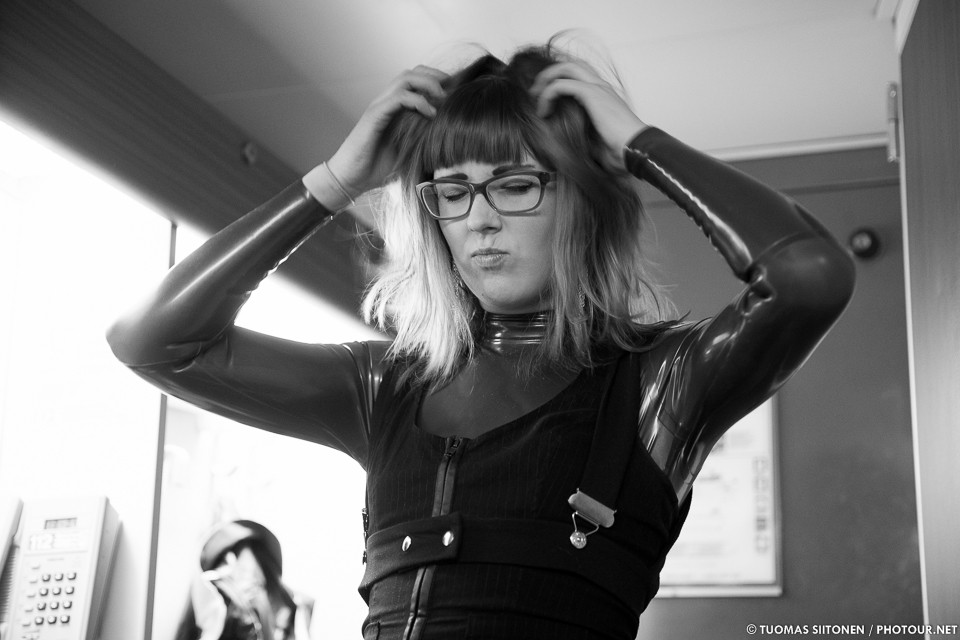 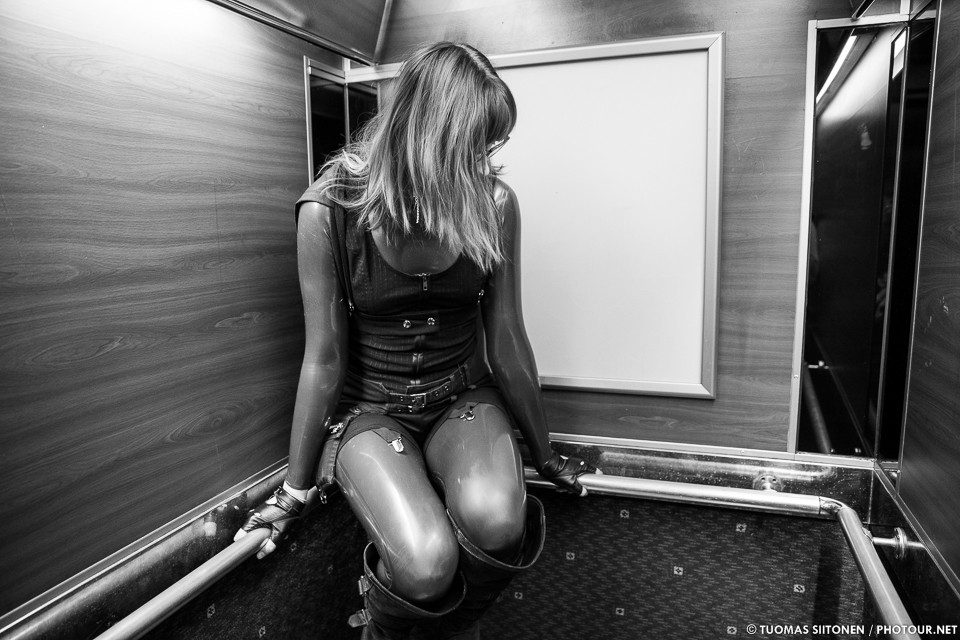 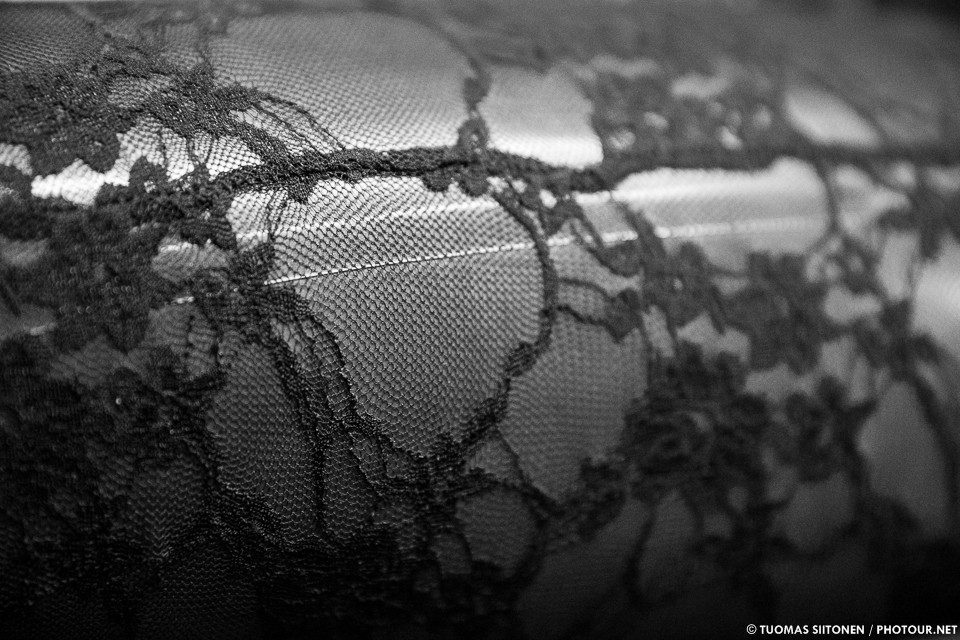 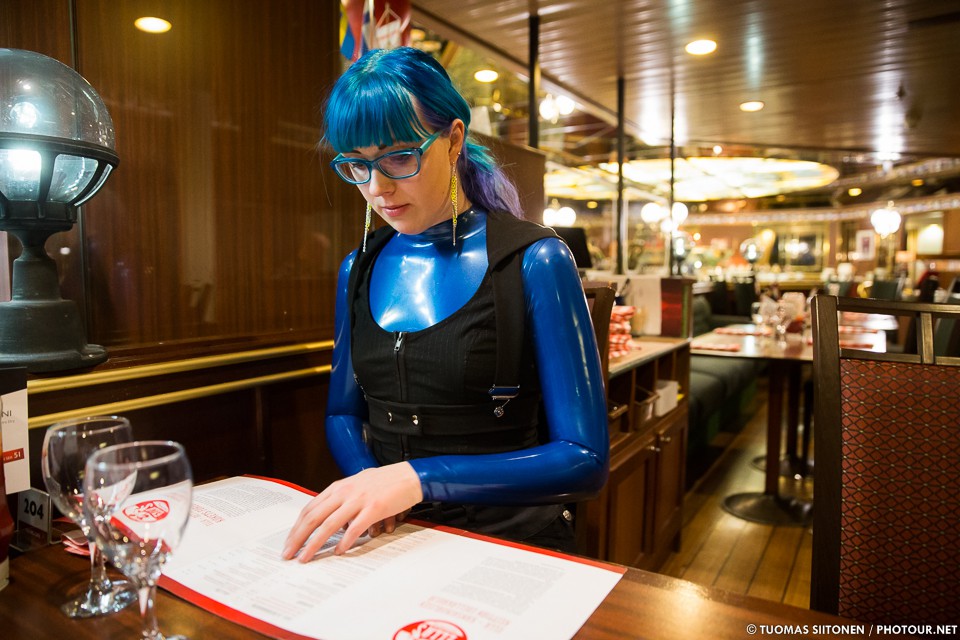 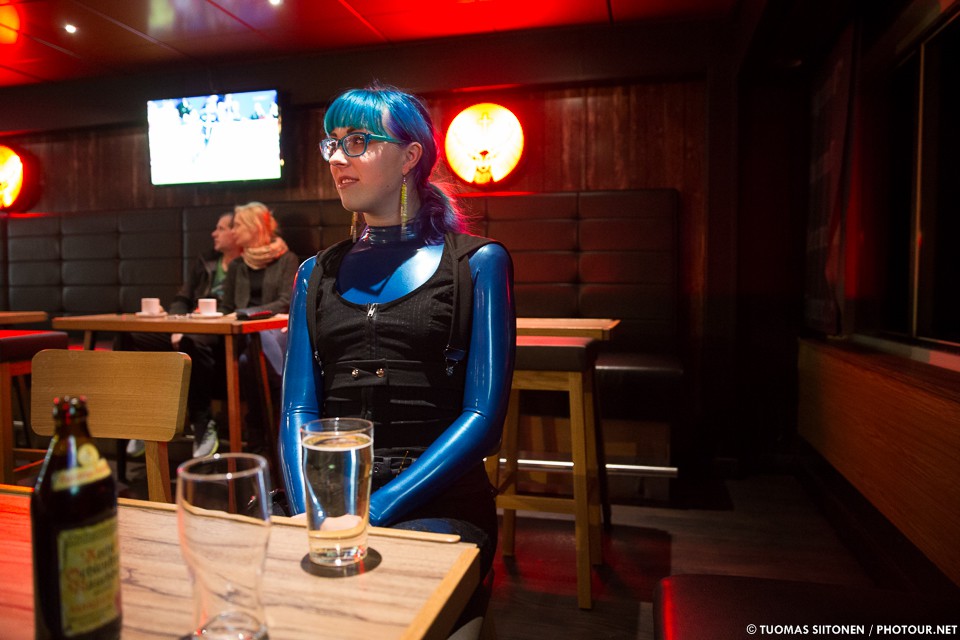 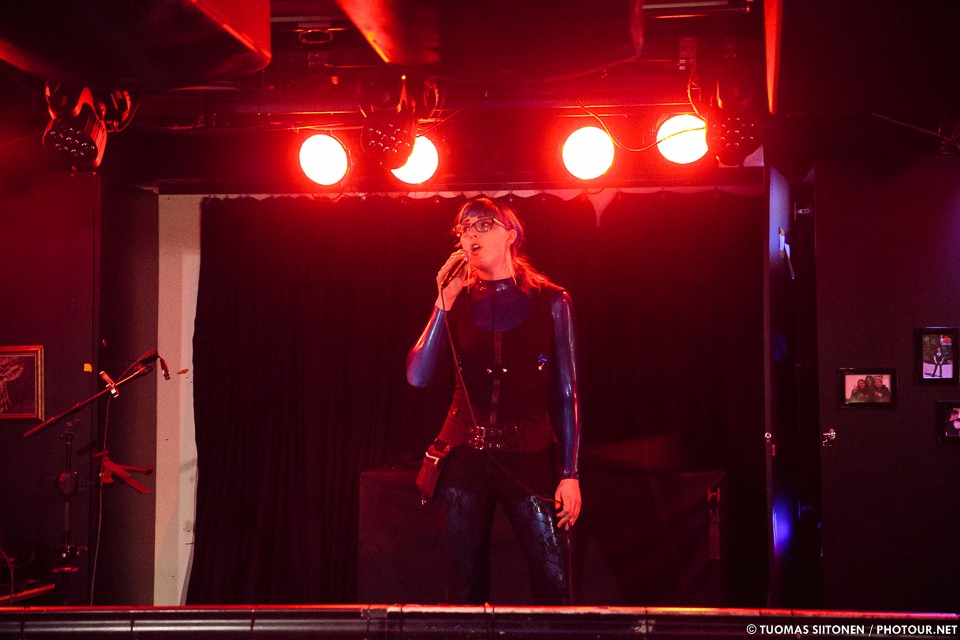 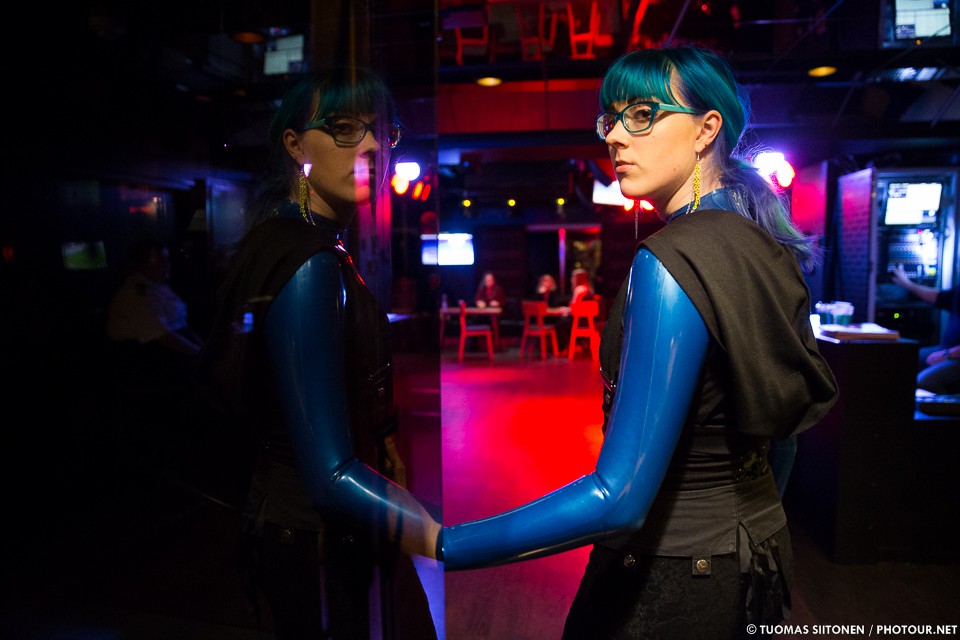 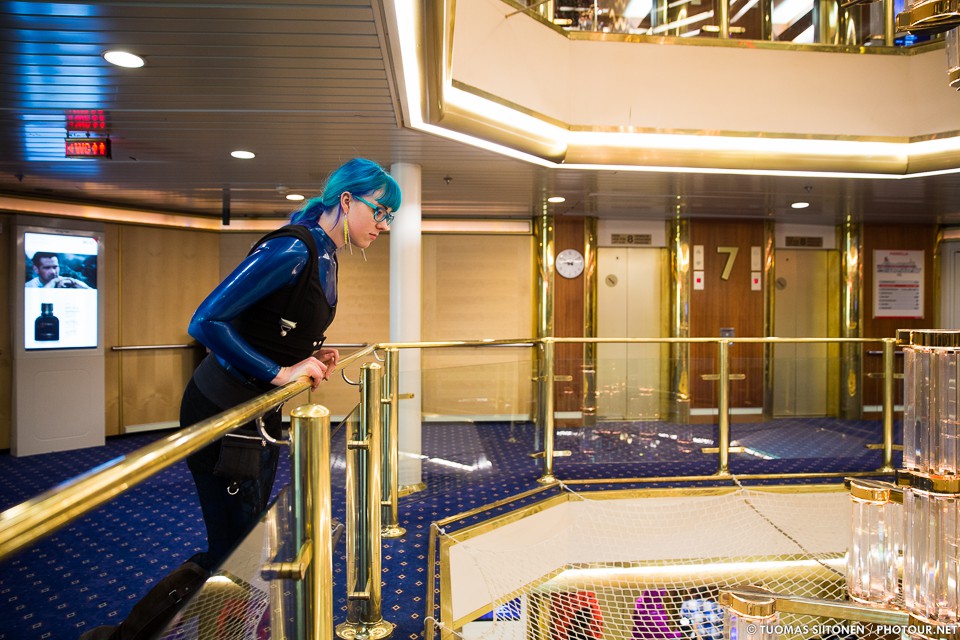 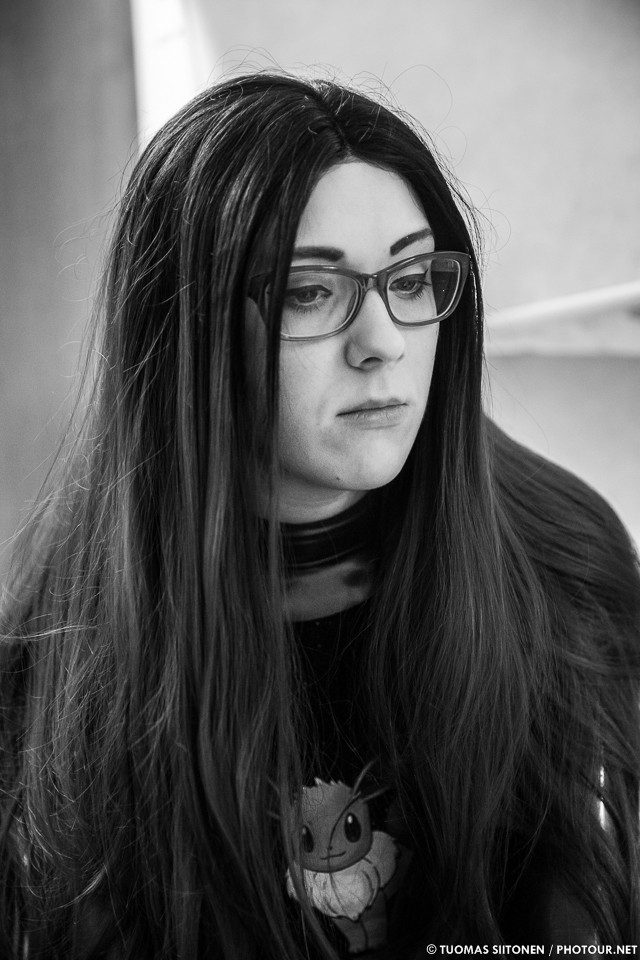 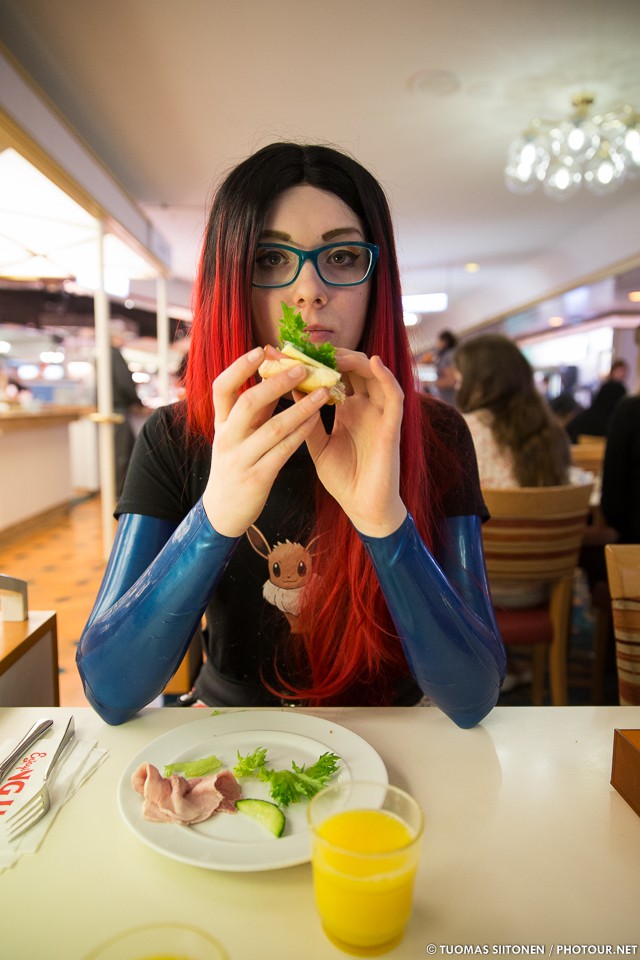 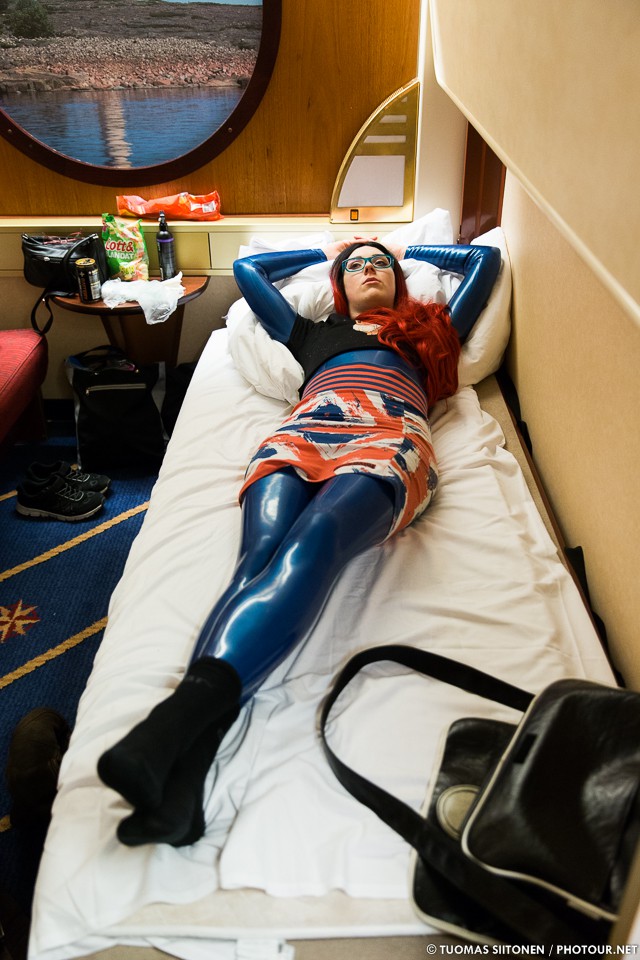 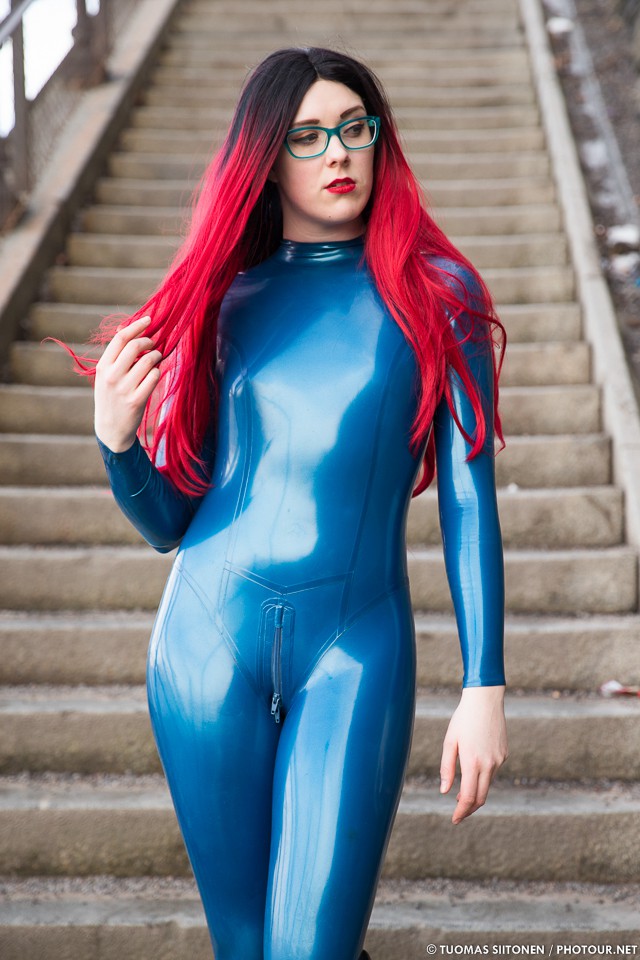 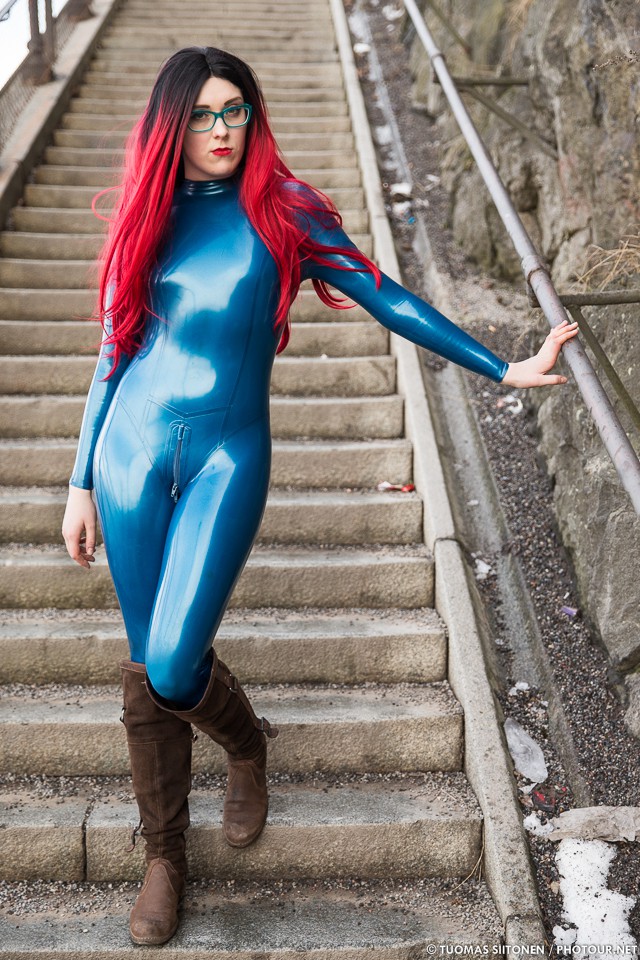 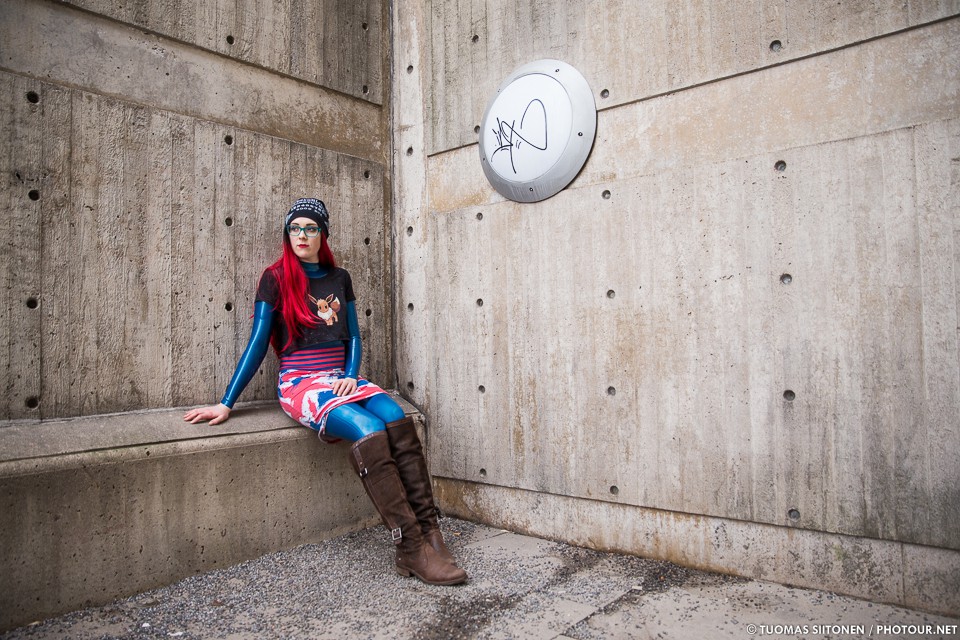