These are the behind the scenes and outtake photos of Project L: Part 35 – Spring of Helsinki.

Early days of spring in Finland look so very barren – grass is not yet green, trees don’t have leaves and the sun doesn’t rise that high above the horizon. It’s easy to capture just that – the barren nature and streets – but what’s more difficult is capturing the feeling of leaving the dark, murky winter behind.

To us Finns the spring – albeit barren – looks and feels amazing compared to what we had going or for the last few months of darkness. But as a photographer, I must understand that only about 17% of the site’s visitors come from Finland (according to Google Analytics’ estimate of last 30 days). Most come from the United States (22%) and Germany (18%).

Let’s be honest – I love Finland and especially its nature. But of course I can’t simply go out and show people what’s a norm to me; I must put what I show in context.

I’m not entirely pleased with this project’s photos’ colours and lighting as it always could be better – but then again, the photos show what our early spring looks like.

My trusty 1D X is on the shop due to its Error 80 bug, but the awesome guys at Finland’s Canon Professional Services borrowed me a camera for the duration of the repair – 1D C to be exact. The differences between 1D C and 1D X are extremely small, and so is the price difference nowadays.

What matters me most is that unlike 1D X, 1D C has a headphone jack to listen to your video recordings. That’s awesome. Oh, and 1D C shoots 4K-video. Uncompressed 4-2-2 if you’ve got an external recorder.

As much as I like working in partly cloudy weather, as the thin layers of clouds diffuse the light, this time it wasn’t so; the thin clouds hid thicker clouds behind them, thus the lighting conditions were constantly changing and I had to keep on changing the exposure on the fly.

“Why not use an automatic shooting mode”, someone might ask. “Because the exposure modes don’t really work that well with shiny surfaces, such as is with latex,” I would respond and continue: “Also I hate using automatic exposures as it outsources the mistakes in the lighting to the camera instead of me, the photographer.”

I also carried my off-the-camera strobe with me attached to a small, portable softbox, to soften the shadows of the model’s face. It’s a wonderful choice to carry on with me, but there’s one drawback – using the strobe on other hand and the already heavy 1D C with the 11-24 f/4L and its huge (and heavy) glass elements require plenty of strenght – which I don’t have enough. I’ll need to start lifting. 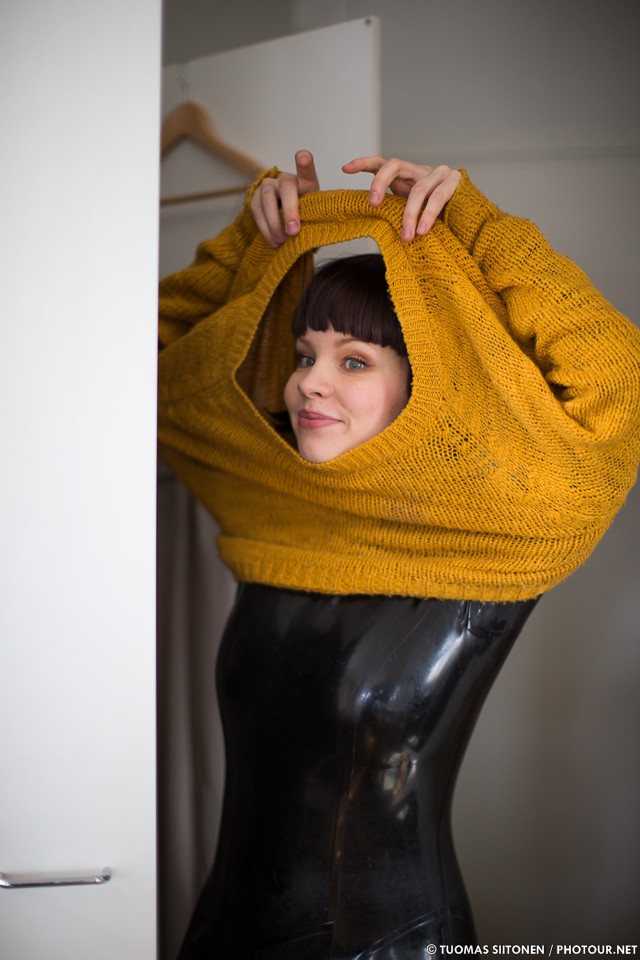 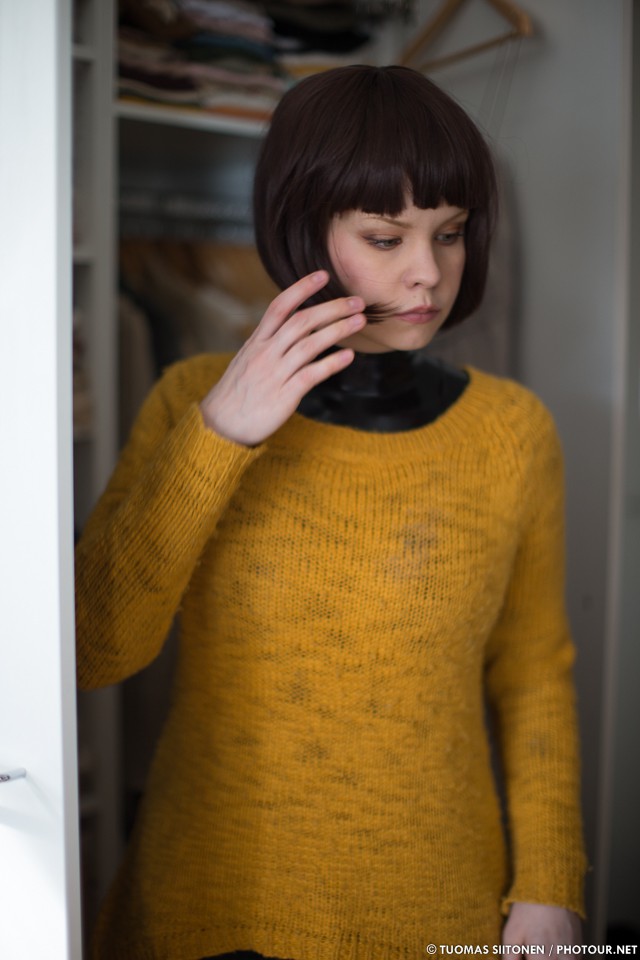 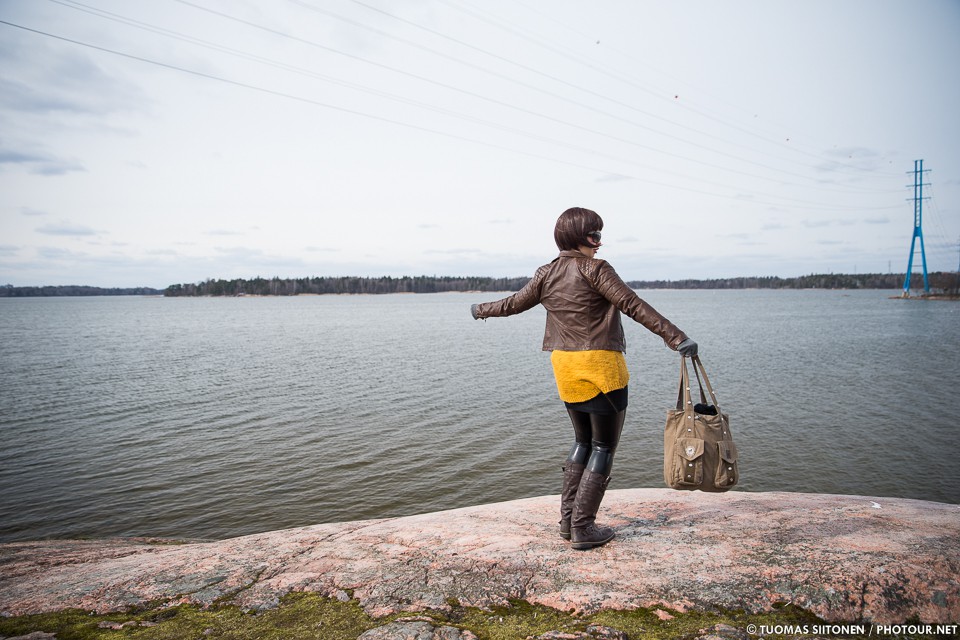 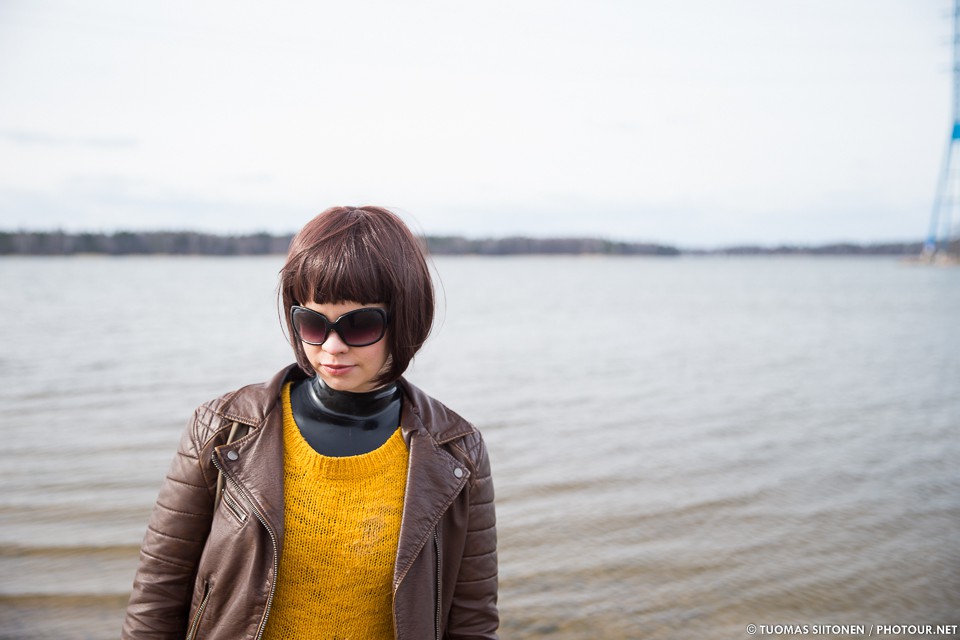 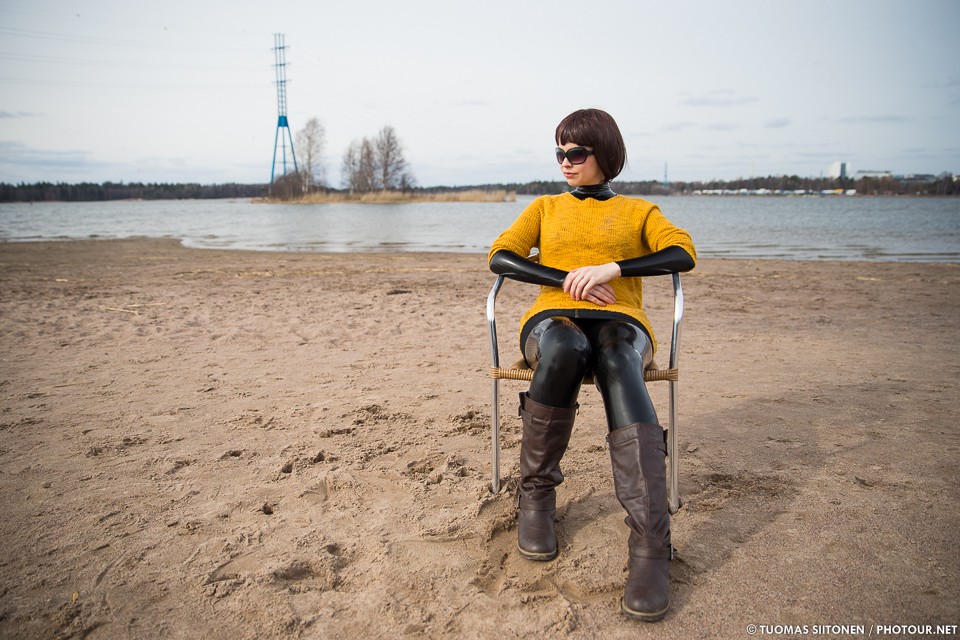 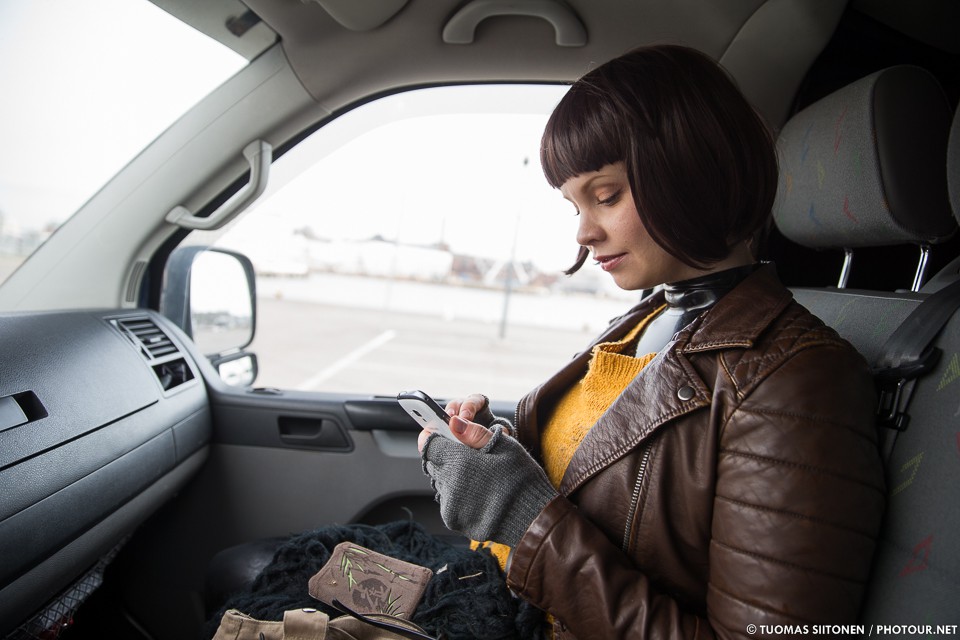 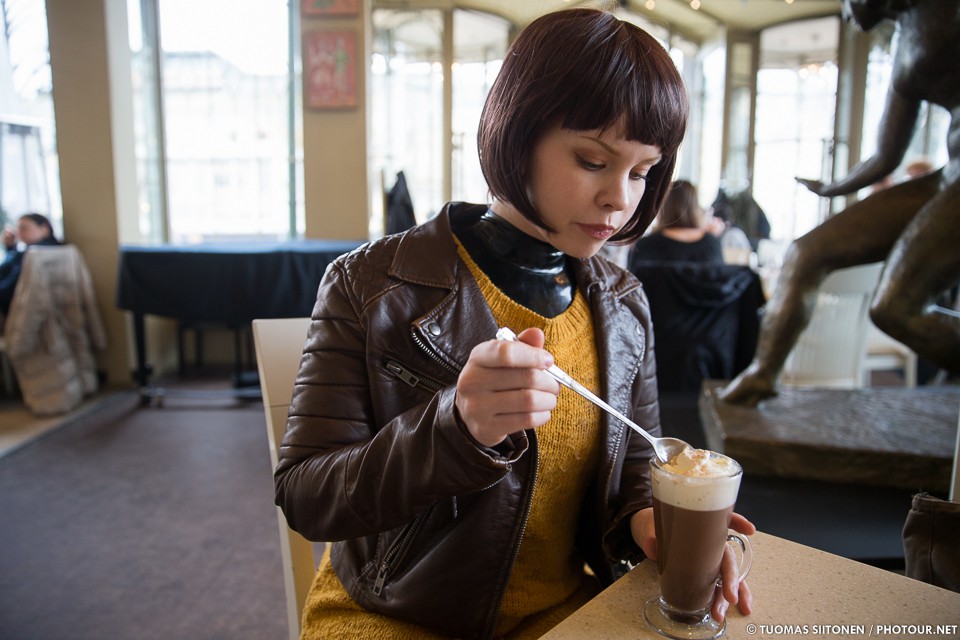 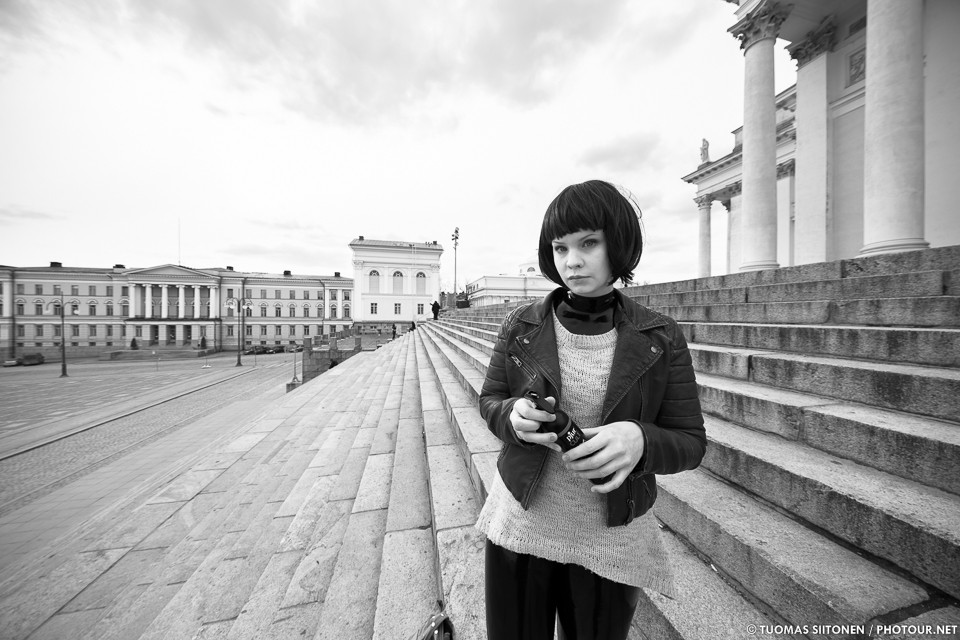 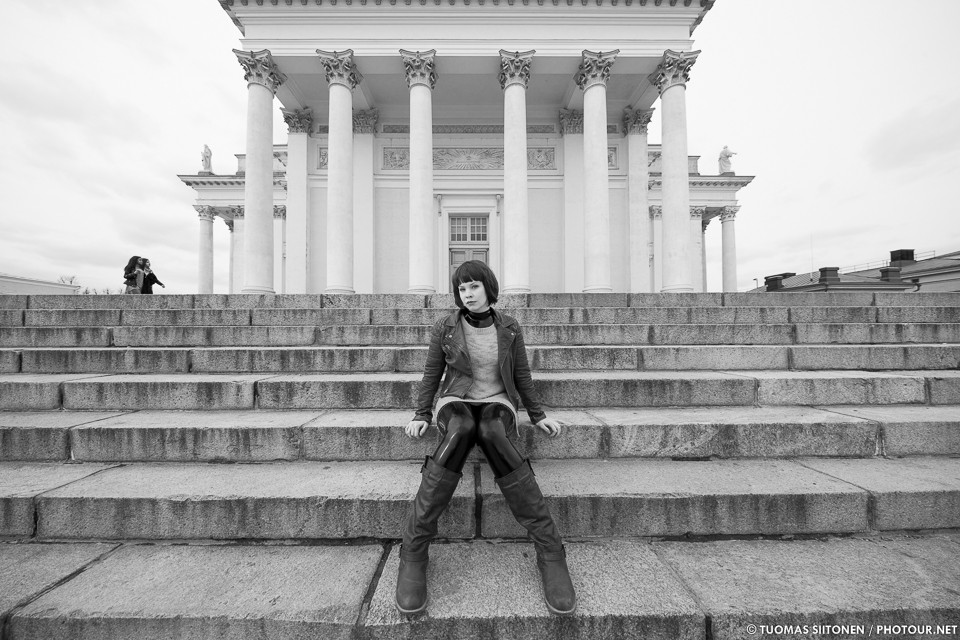 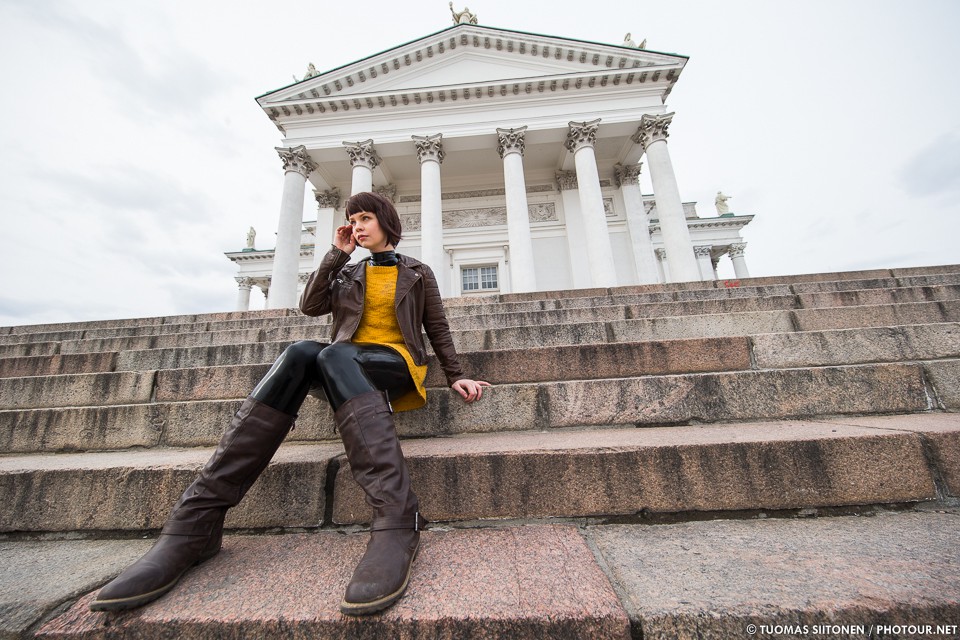 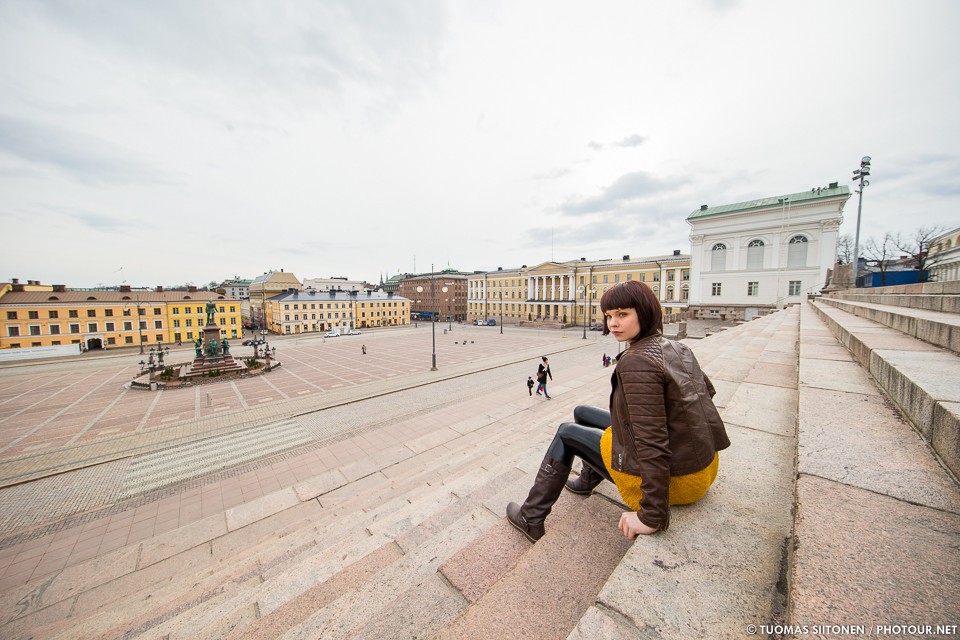 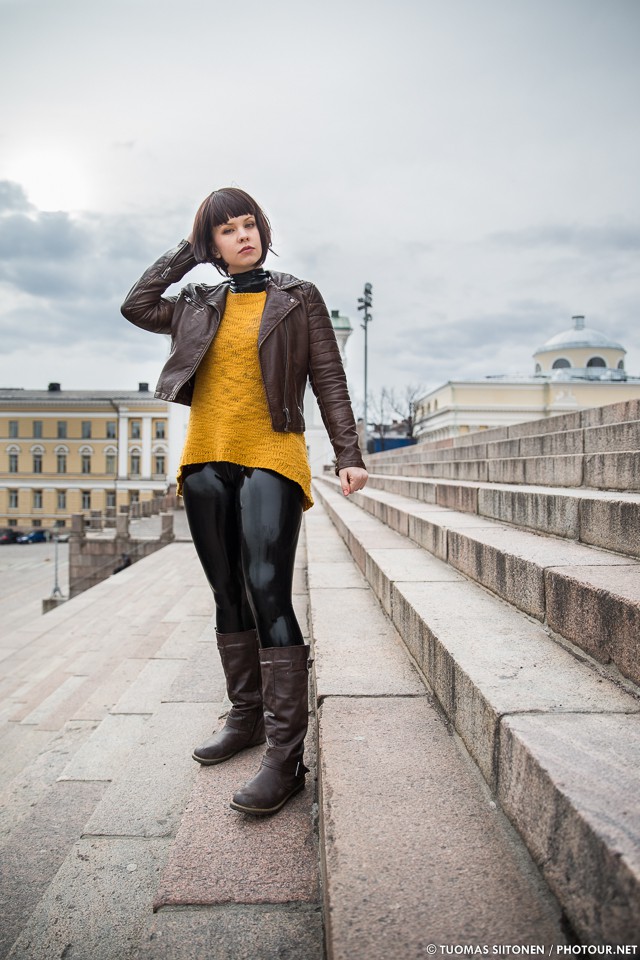 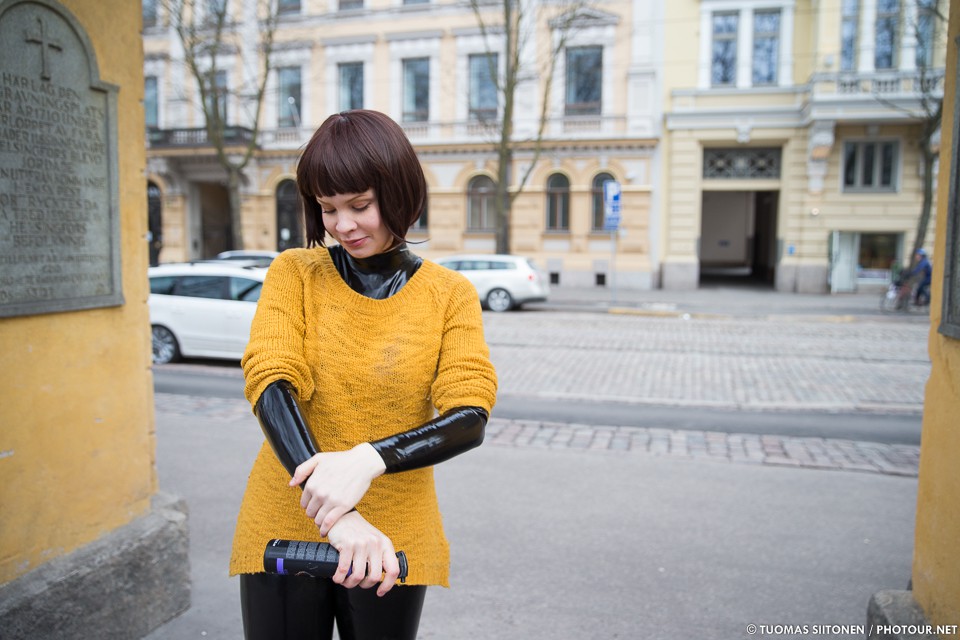 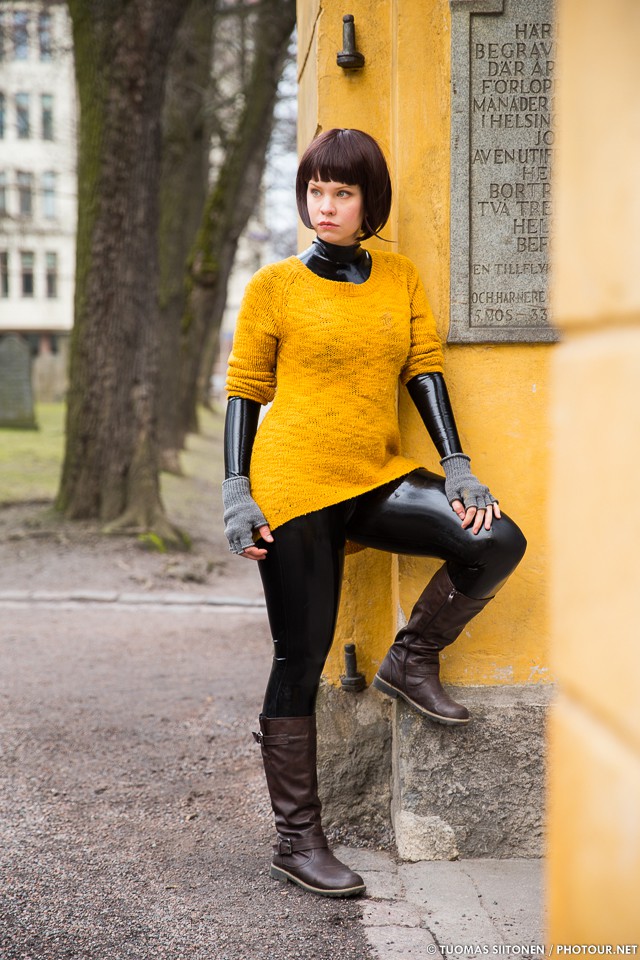 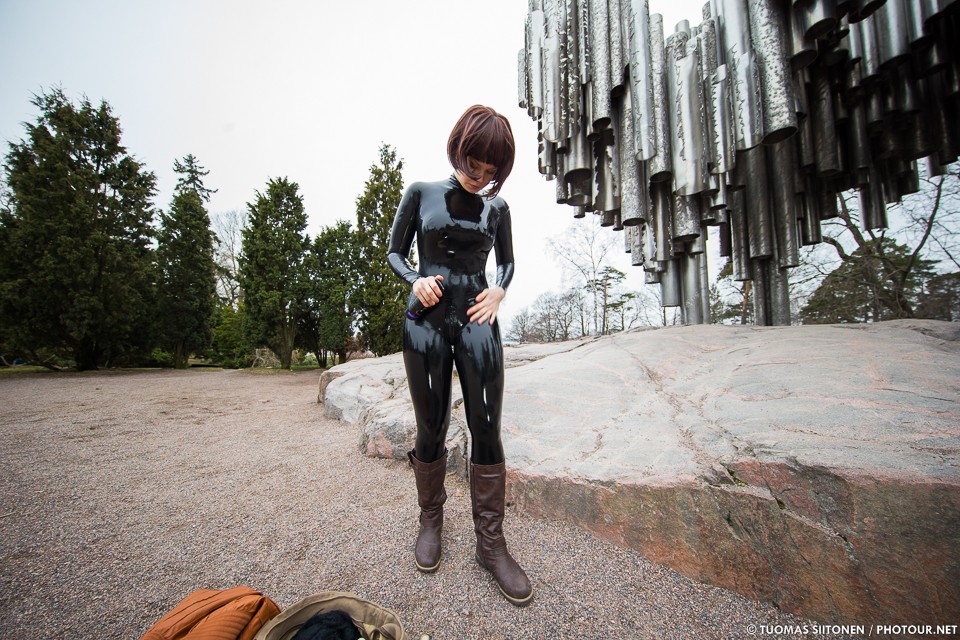 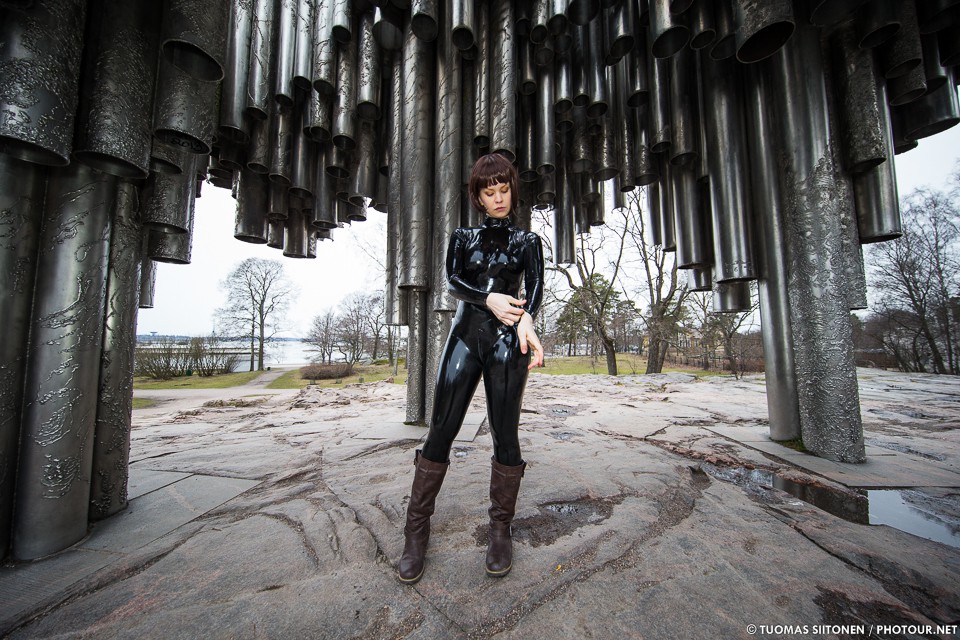 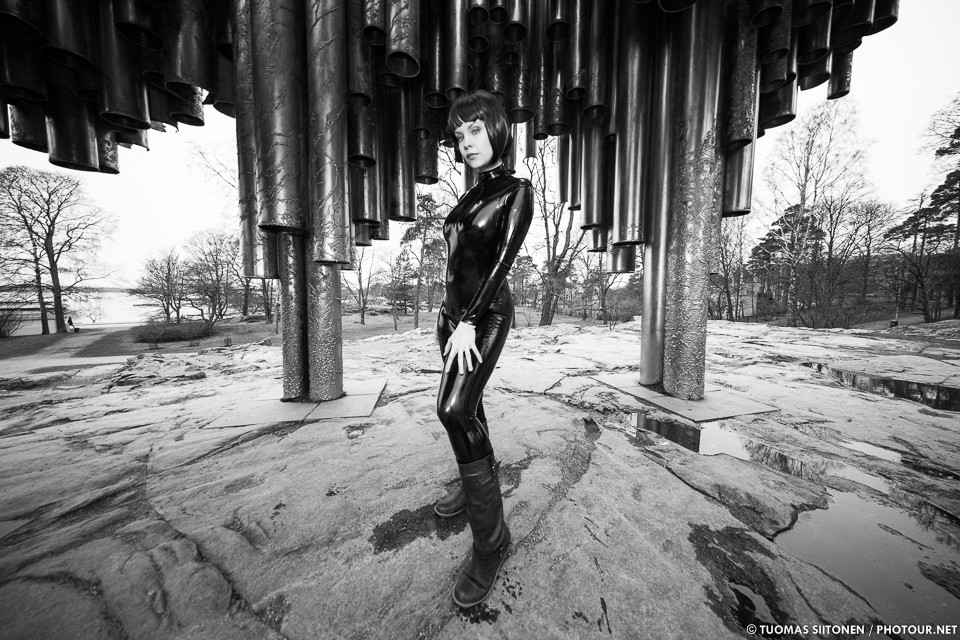 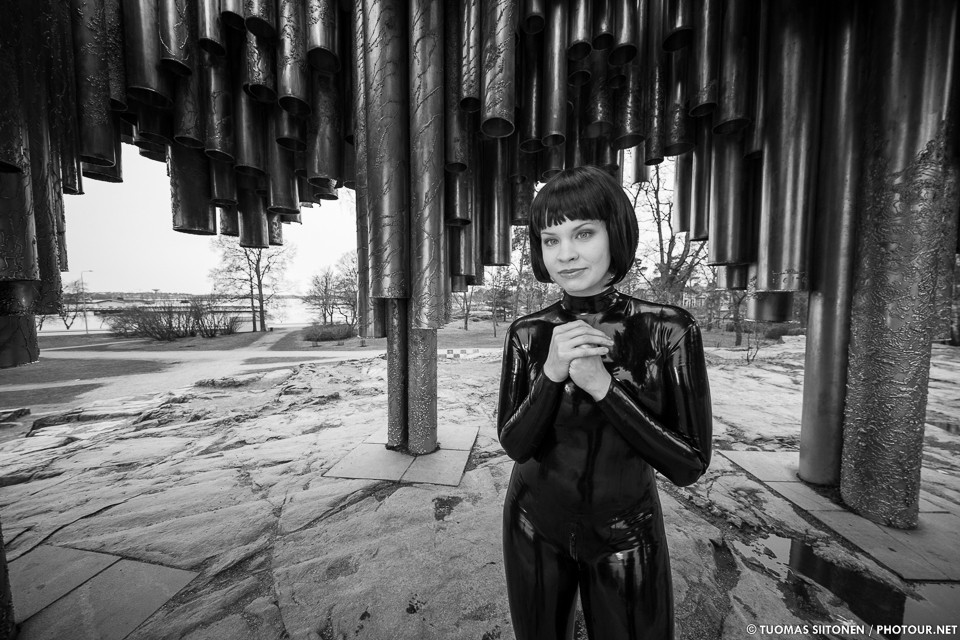 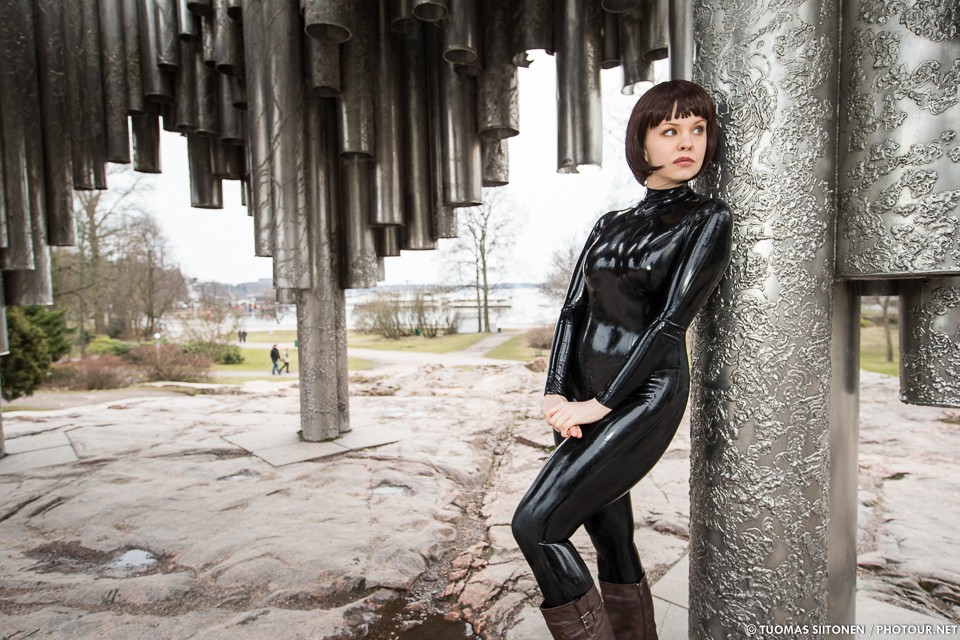 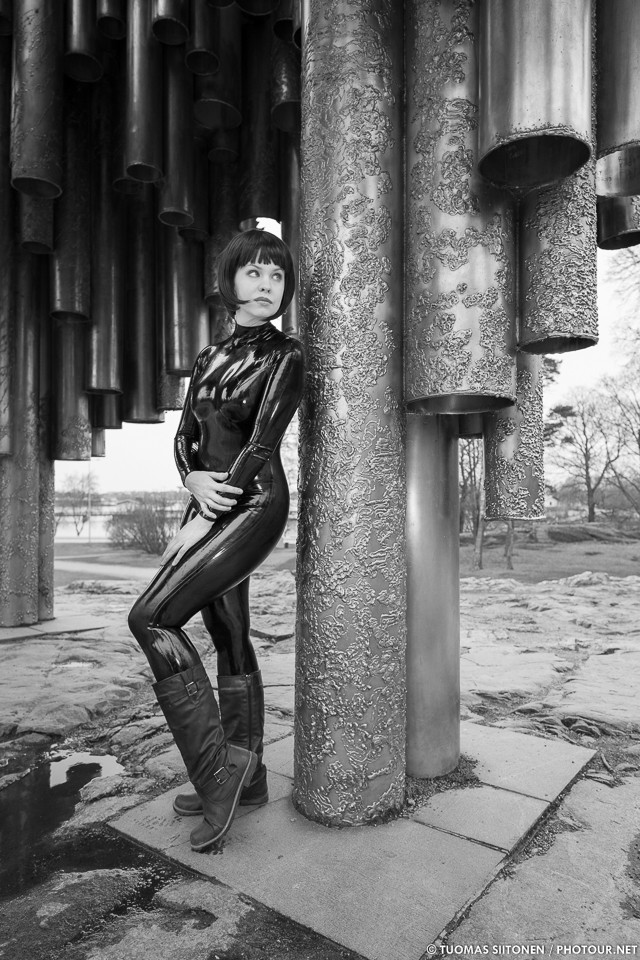 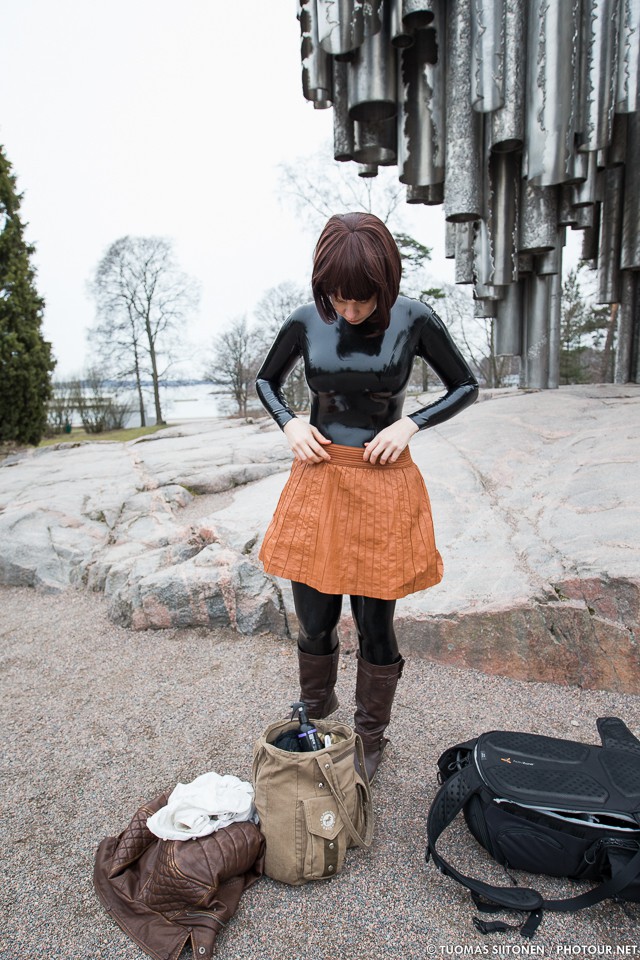 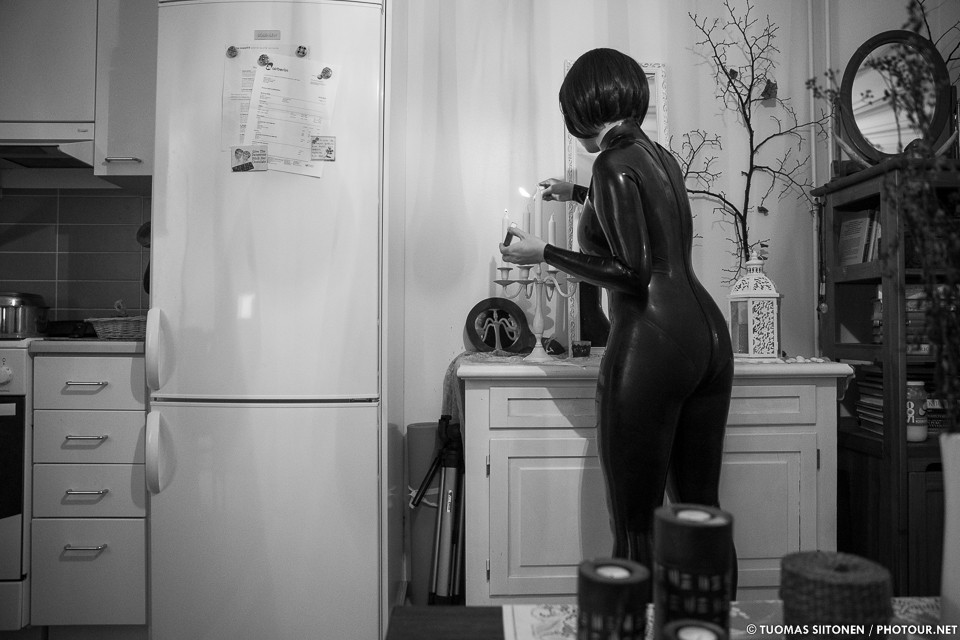 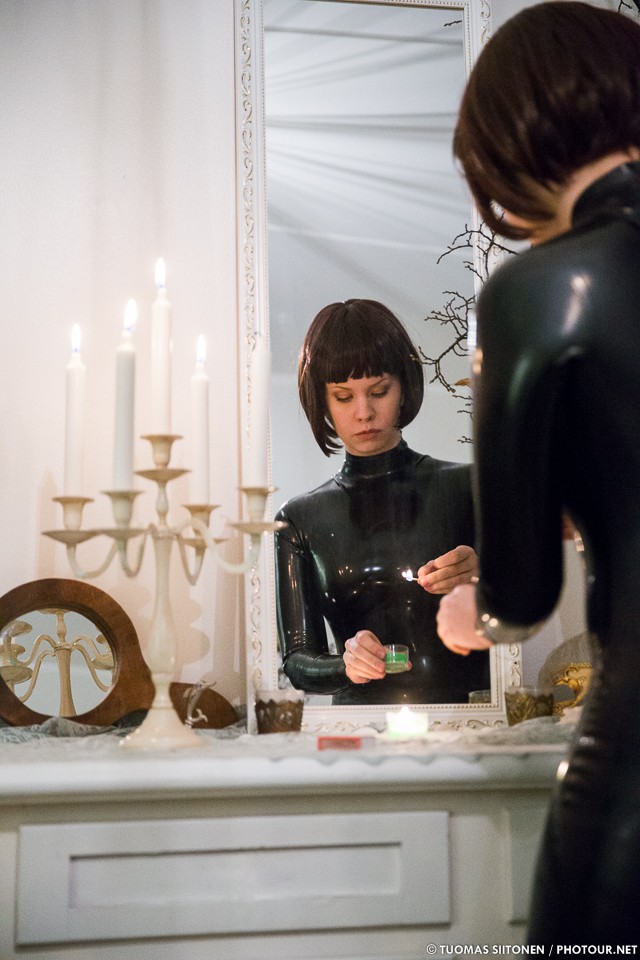 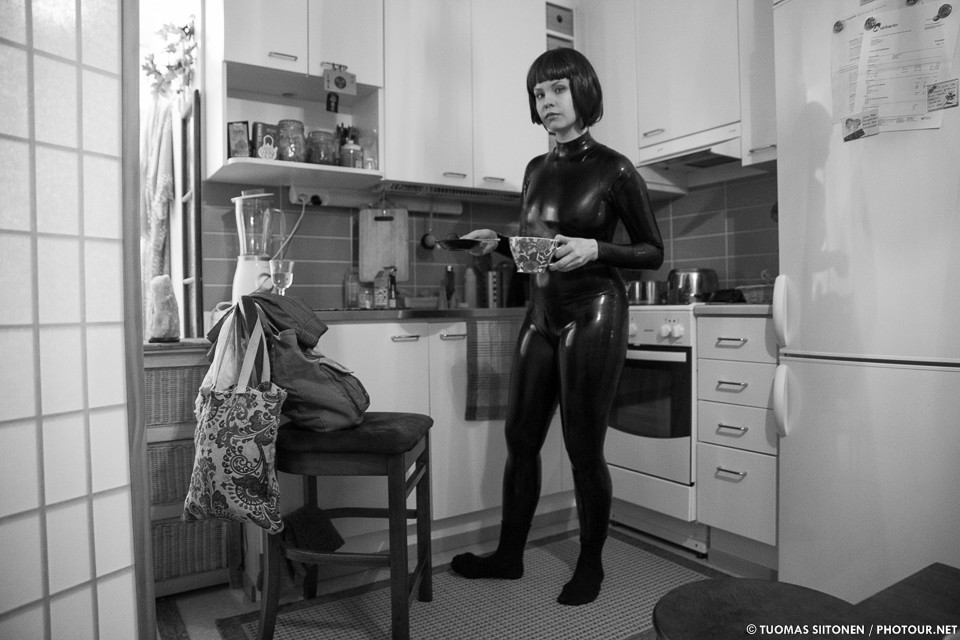 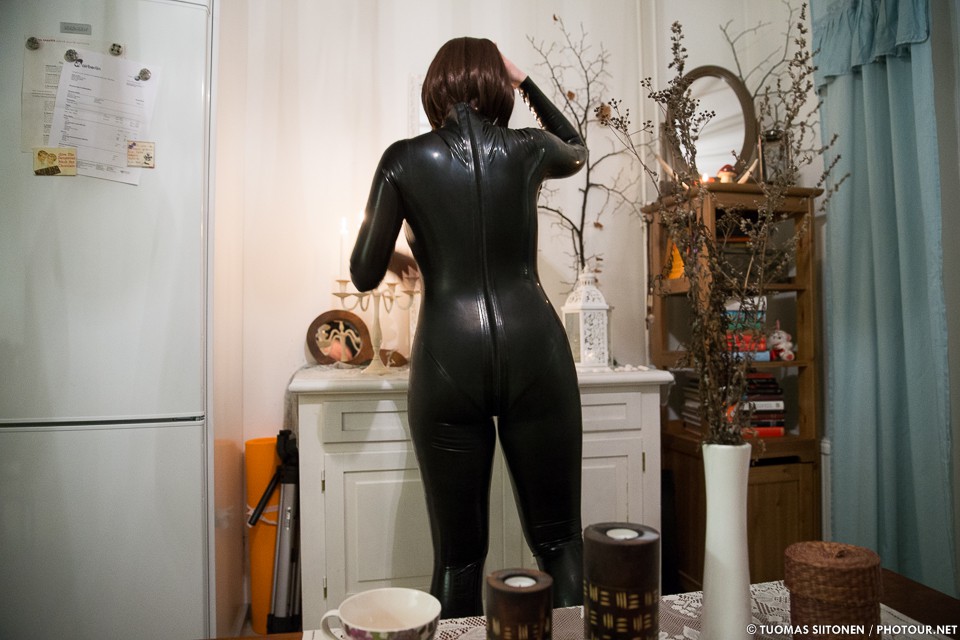 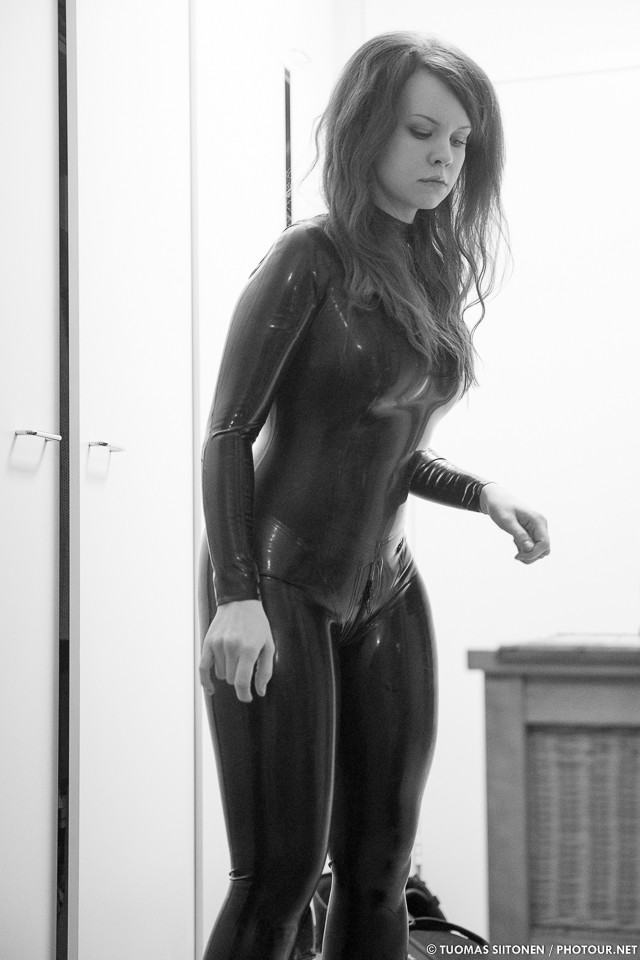