Okay. I admit. This is not very ”everyday” – not even for the model, Didi Ou. Hence the name, “Overly gothic”. But… it could be. It very well could be. I believe that we should live in a world where it shouldn’t matter how other people dress as long as it’s not obviously revealing, e.g. naked or very pronounced genital areas and such.

Before releasing the photos, I usually circle them through my friends to receive feedback and to have some grounds on where I’ll be focusing my final retouch of the images.

Yes. Yes you can. But how does that matter? The fabric, albeit a shiny one, covers more of the body than what most young Finnish girls wear on a warn summer’s day – a tank top (and following the latest fashion, bare stomach) and extremely short shorts. And nothing else. And that’s not really controversial or anyhow different – everybody does that.

But when a person puts on an outfit that shows only about the third of the skin, then it’s suddenly revealing – because the clothes differ from the norm.

Of course I can see how that happens, how the harnesses and straps convey that bondage-ish theme, but I really think they shouldn’t. Those avid to the scene know that those harnesses won’t restrict the movement at all, nor will they withstand any kind of external strain. The harnesses are simply accessories that enhance the clothes underneath.

Sure, it’s over the top. Sure, it’s not necessarily everyday life. But one should be able to wear what one wants.

No, I don’t personally dress in overly dramatic outfits. But that’s because I choose not to; I should be able to choose to wear silly stuff without getting mean looks or ridicule.

I think Didi said it best: “You’d better write there, that the world would be a perfect place to be if you only could walk around like that without someone calling you a whore.”

We shot the gothic photos at an old, abandoned Roman-style bathhouse in Tampere’s Epilä, which was easier to find that we presumed – so easy, that we walked about an extra kilometre uphill because we didn’t believe that it was so close to an existing road.

Even though the ruins of the bathhouse were mostly covered in spraypaint, the foliage was pretty much intact, so there were some routes that weren’t so obvious.

The old arch shown in the photos is at the edge of a yard and had we walked under it, we would’ve ended up in someone’s backyard. Originally this image had a “Private property, no trespassing through” sign, but I edited it out – and that’s something I don’t do often; I prefer to leave my images as is. But naturally, we obeyed the sign and didn’t go any further to avoid disturbing the residents.

After being overly gothic, we changed the outfit to suit the everyday life theme more. The gothic makeup didn’t really fit in that, thus we headed off to get a makeover by MaanoMeikkaa, a popular Finnish make-up artist. Check her YouTube account for wonderful, Finnish make-up videos and you might just catch a glimpes of Didi in latex, too!

But the long day took its toll – we were really tired and the latex socks started digging Didi’s toes, so we headed back to Didi’s place for some tequila and standup comedy. A wonderful end for a wonderful photoshoot.

As usual, the behind the scenes photos and outtakes will be released few days after. We shot some video, too, but I haven’t yet had the time to browse through them. If you’re Project L’s Patron, you’ll get to see the video before others, so perhaps you’d like to check that out at https://www.patreon.com/tuomas! 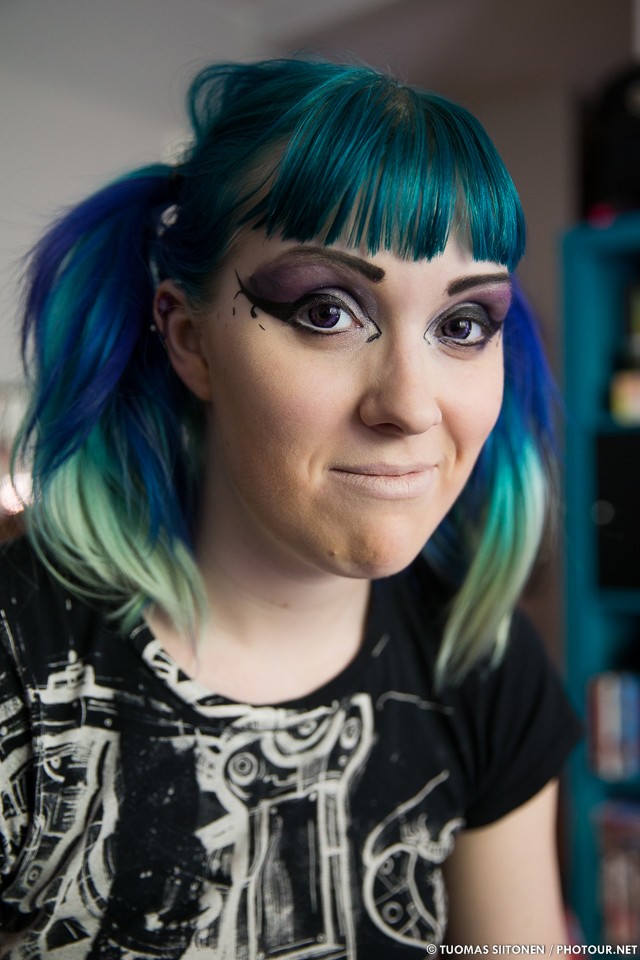 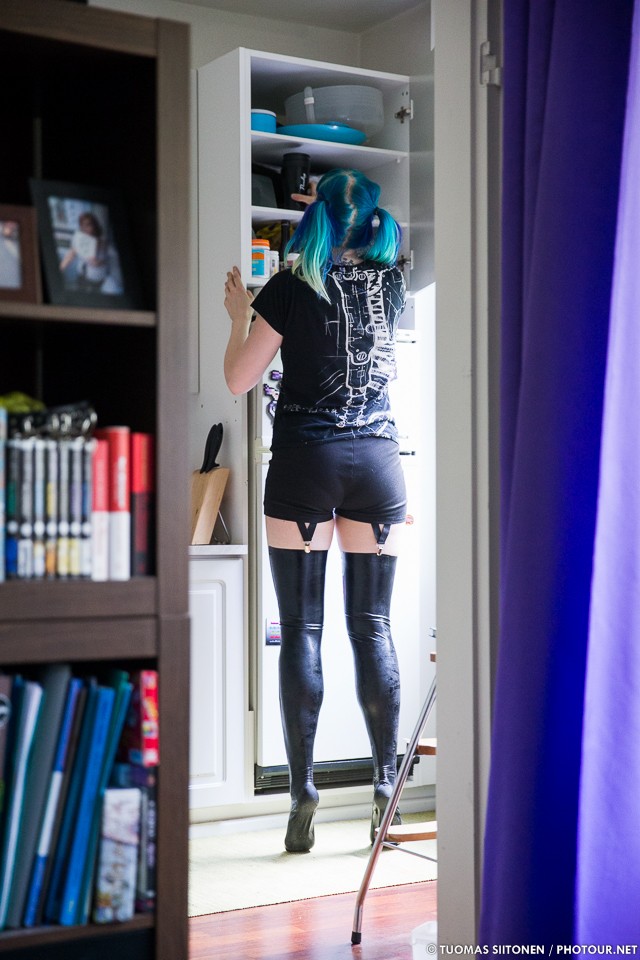 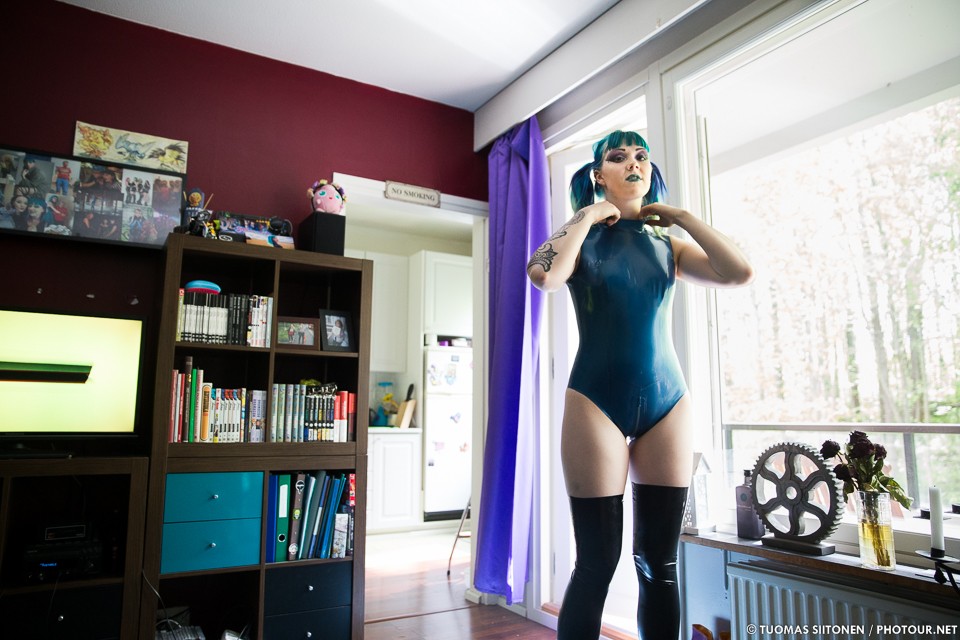 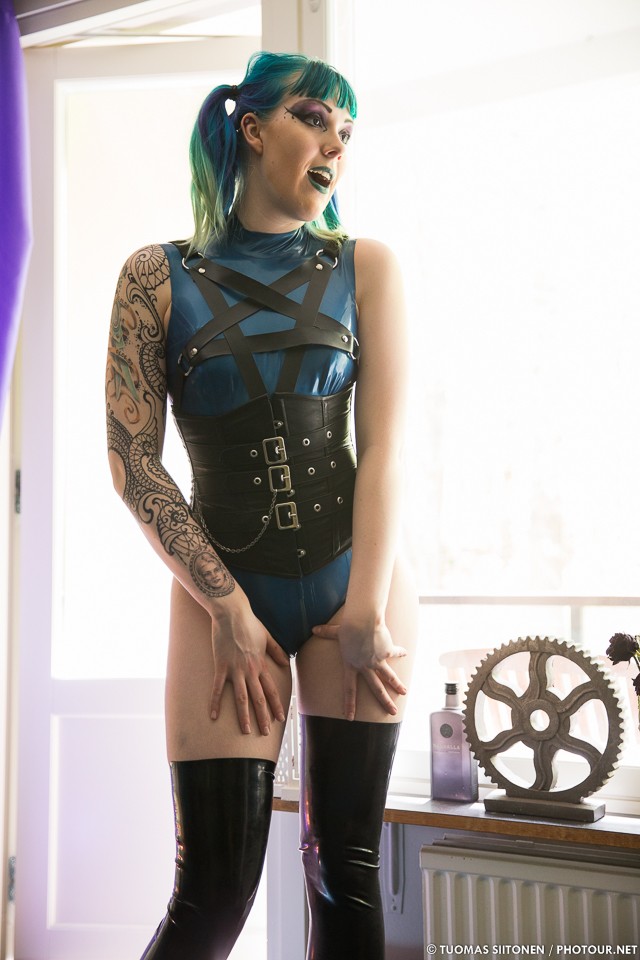 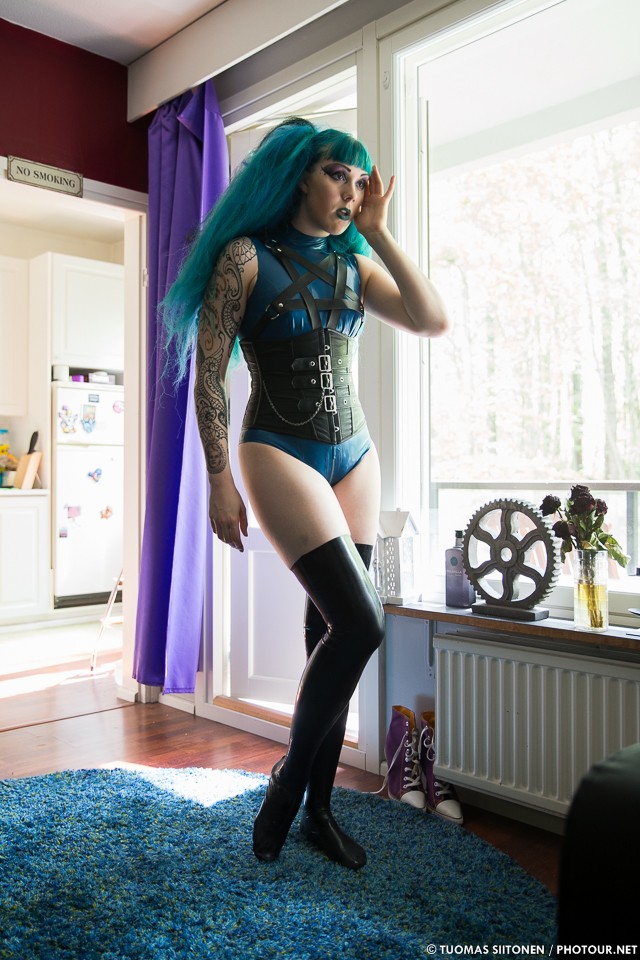 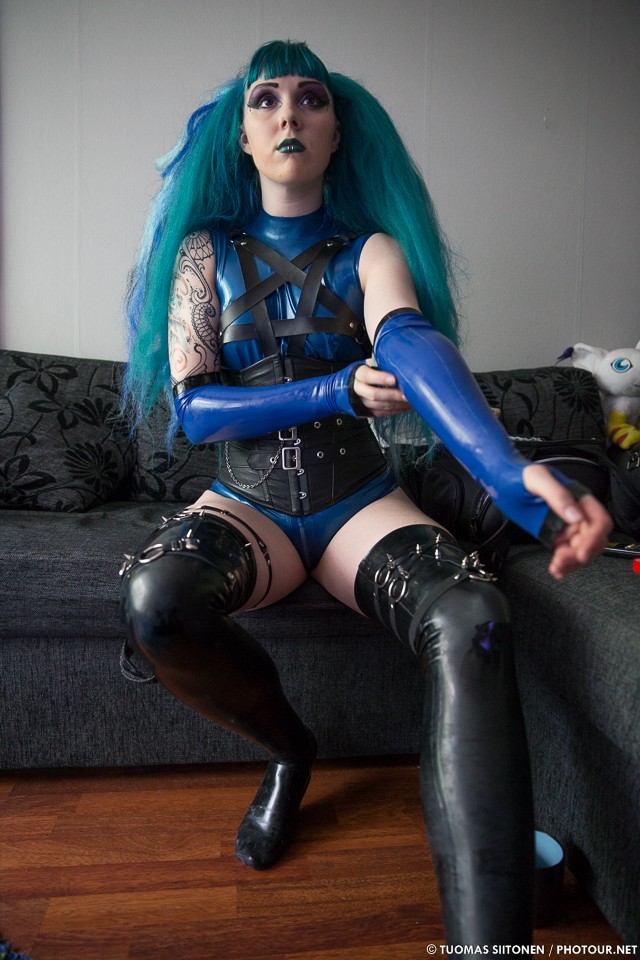 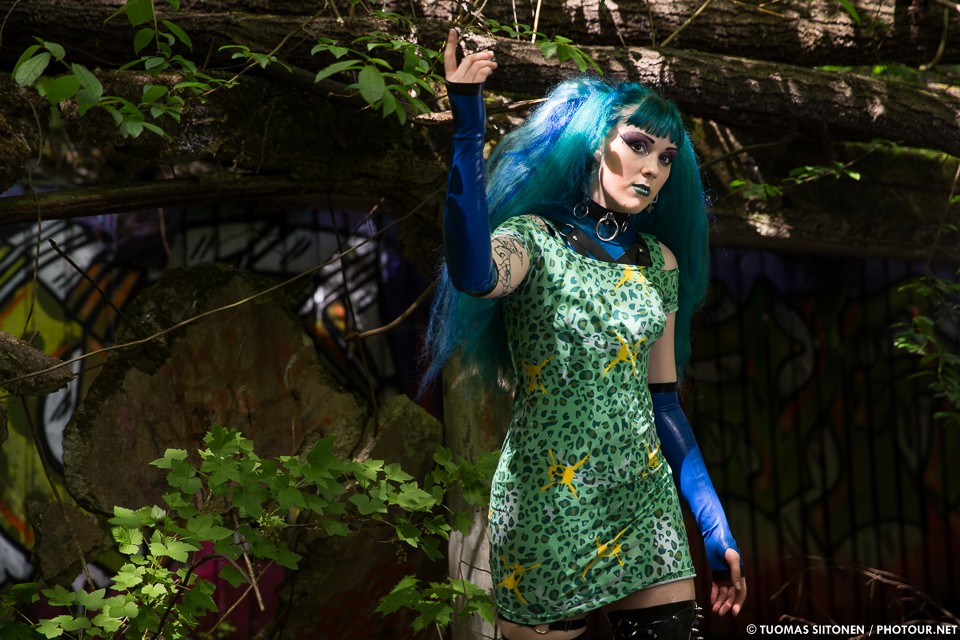 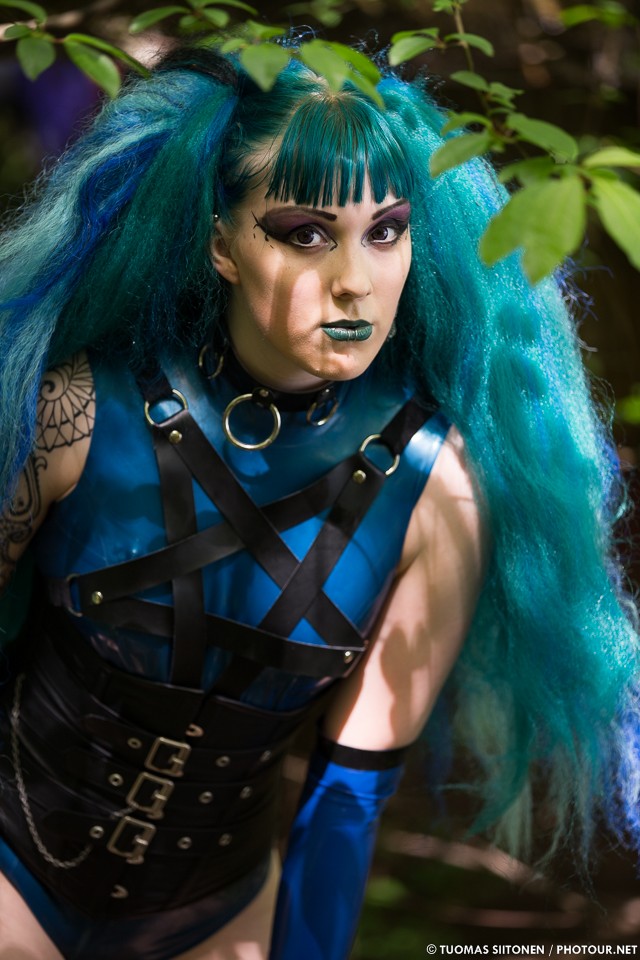 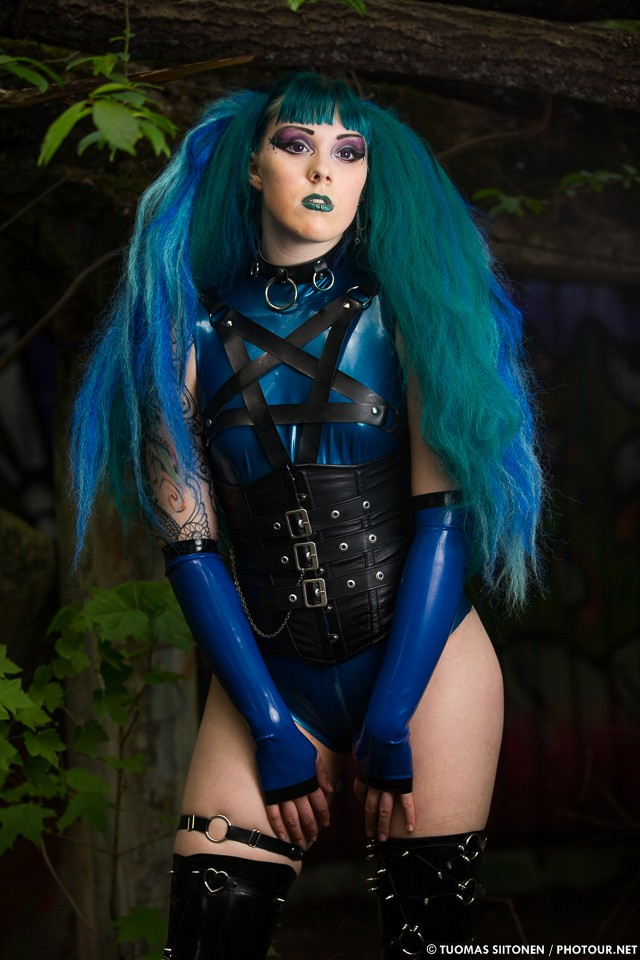 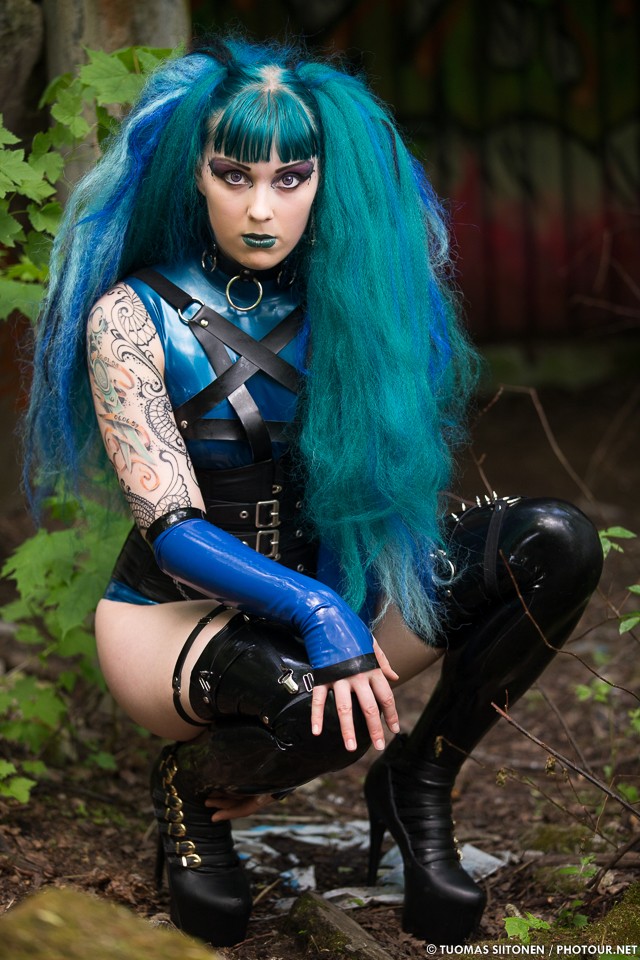 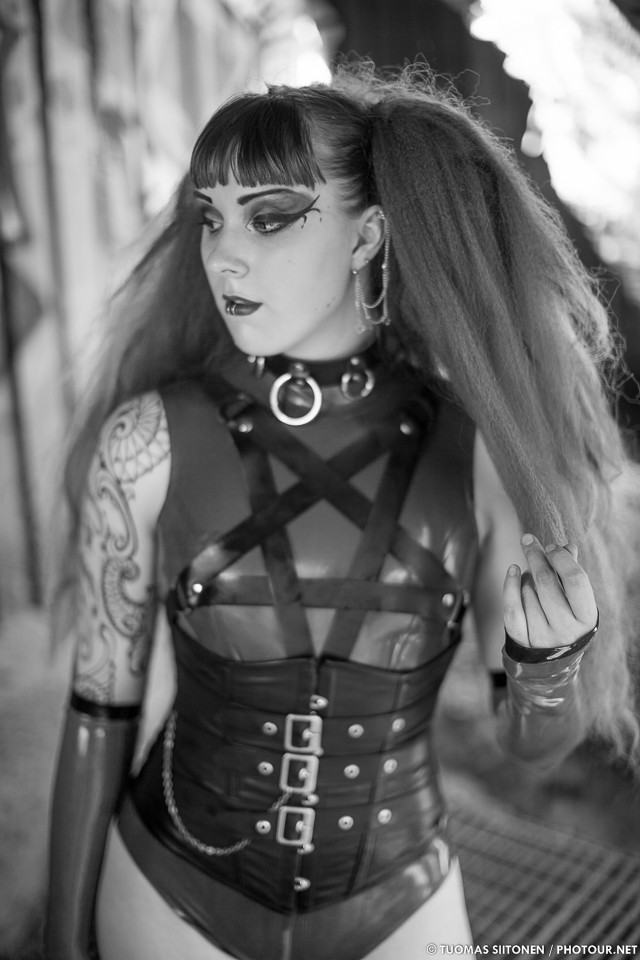 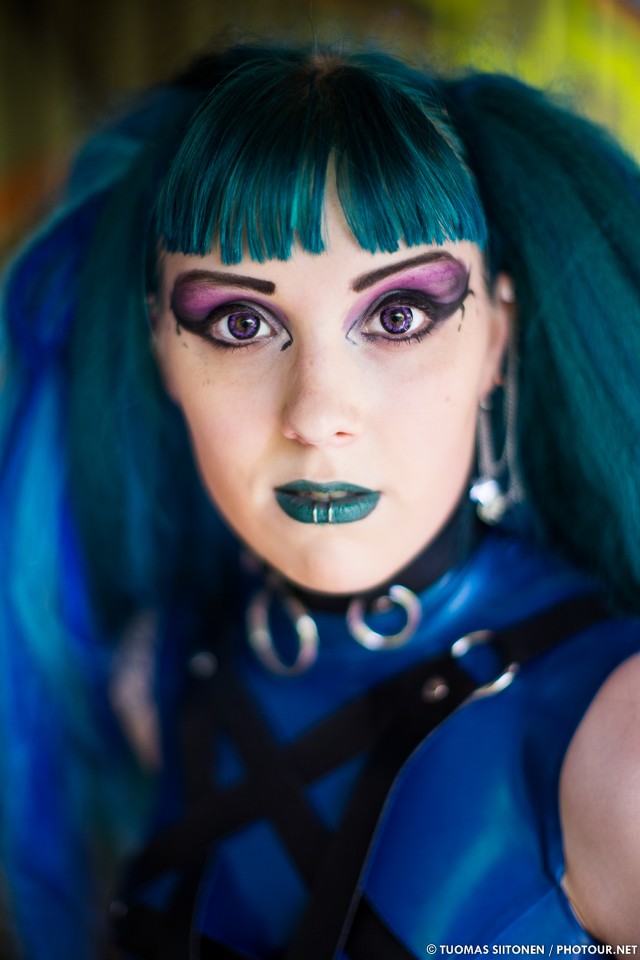 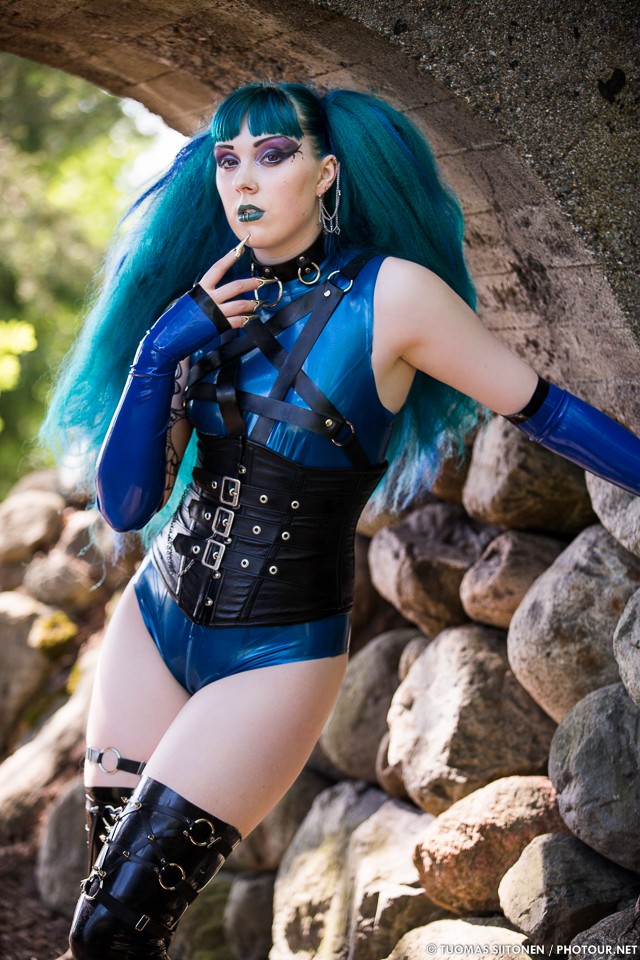 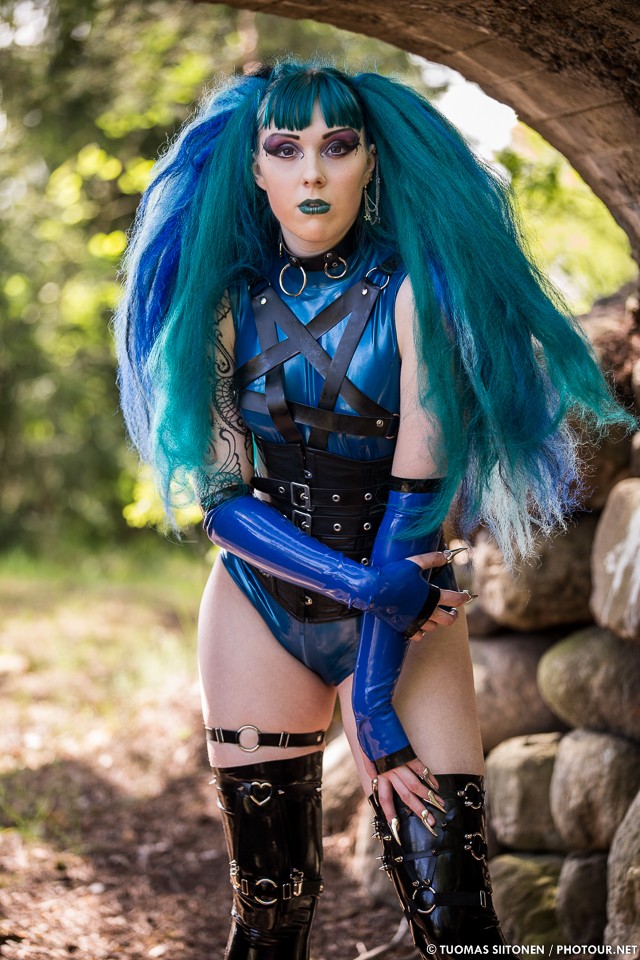 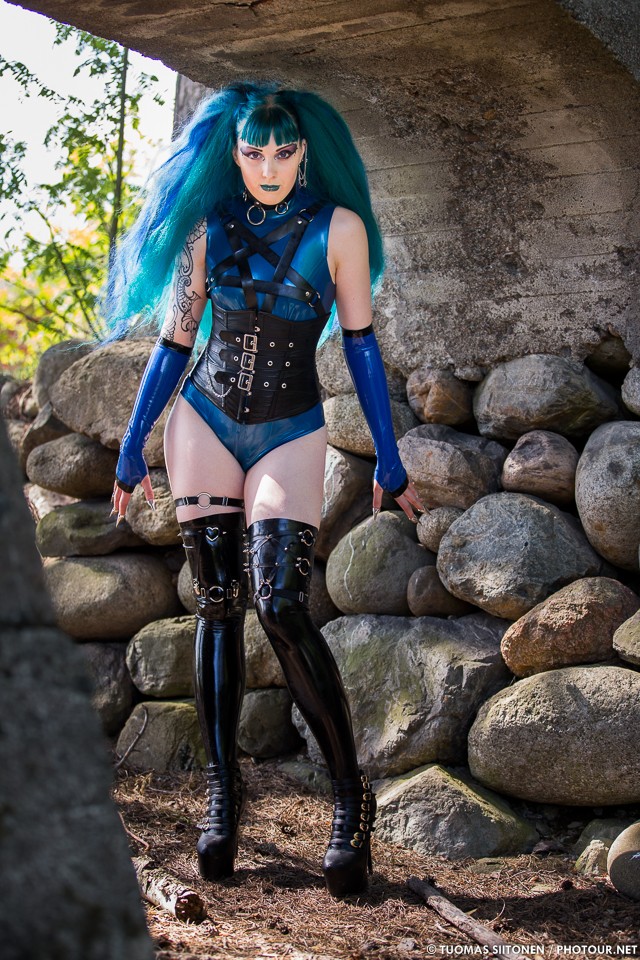 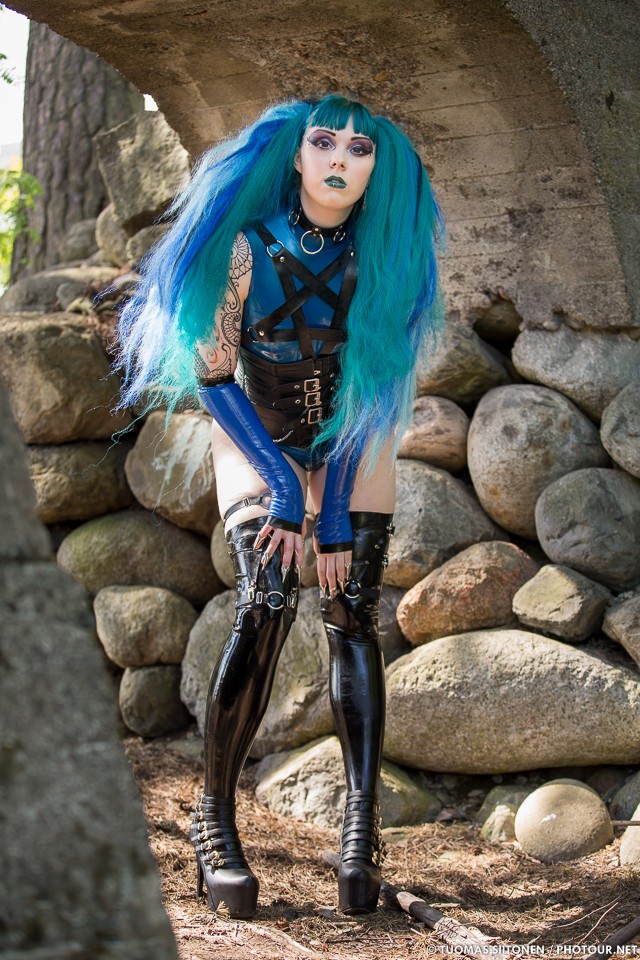 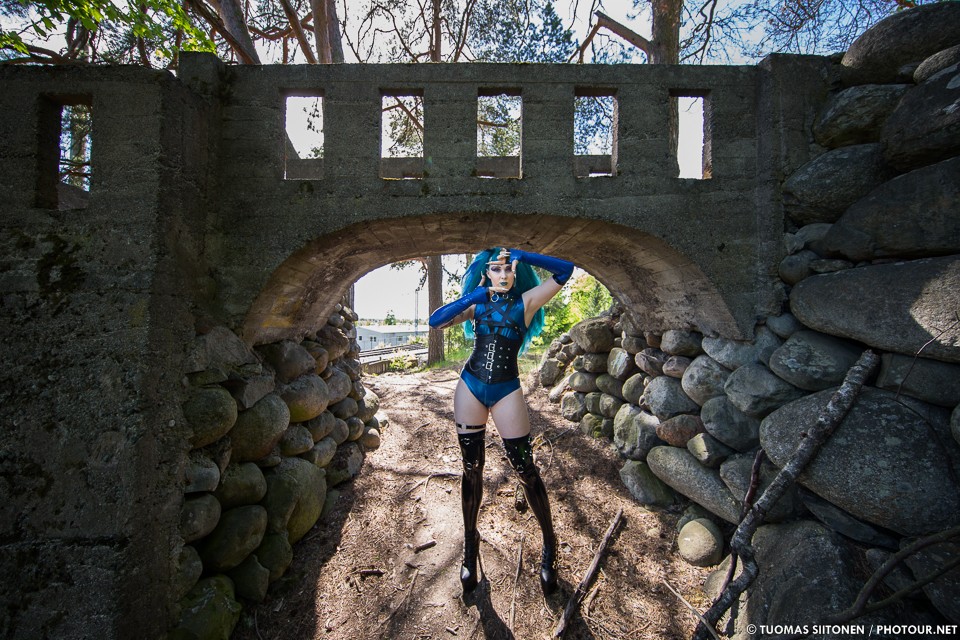 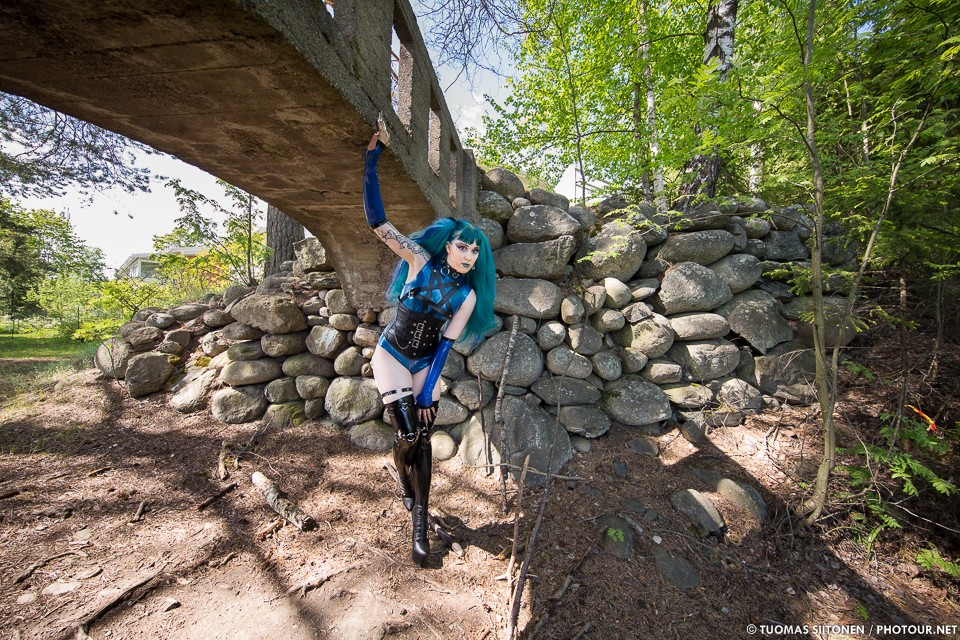 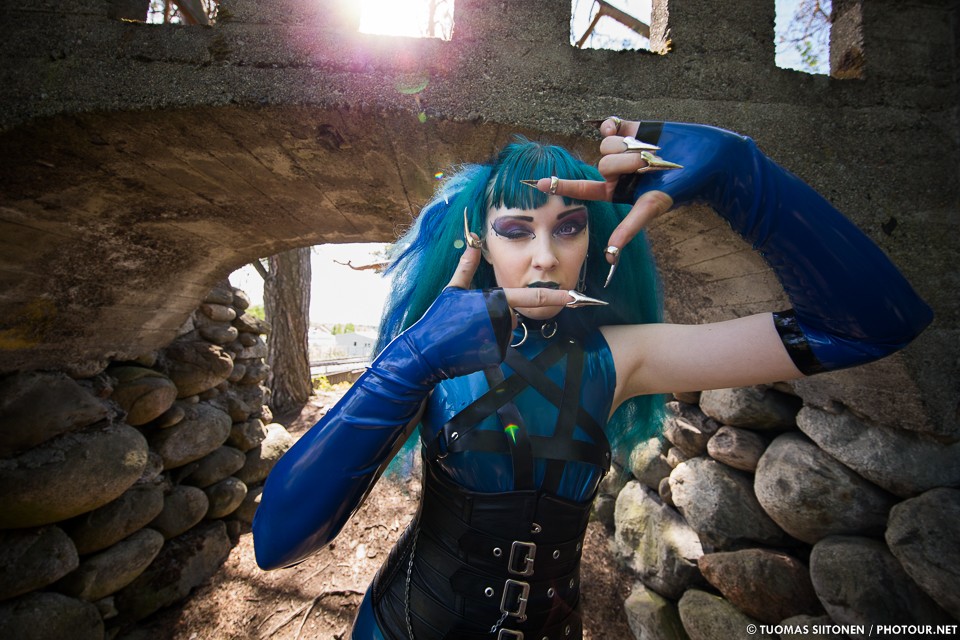 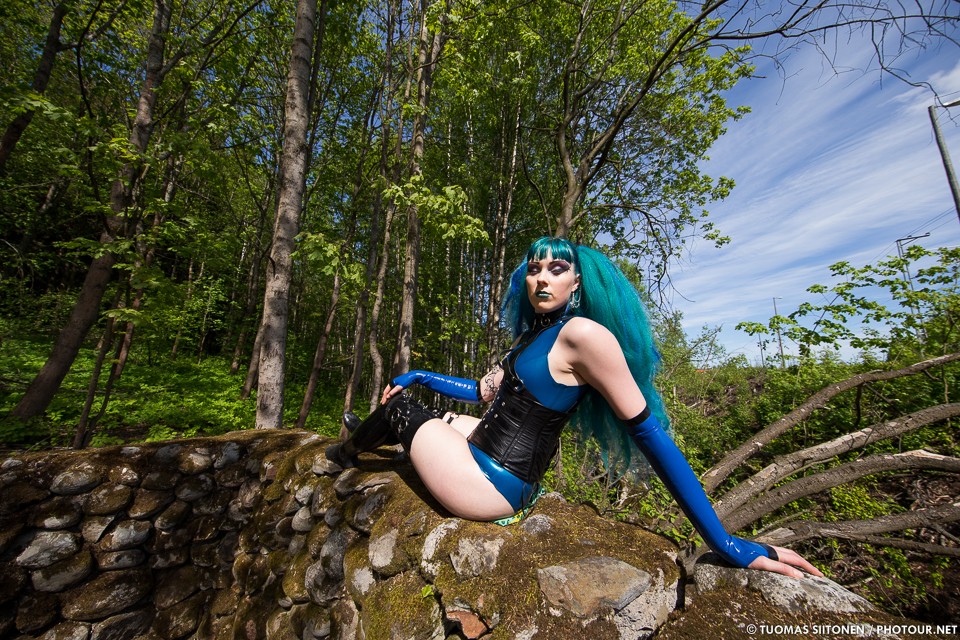 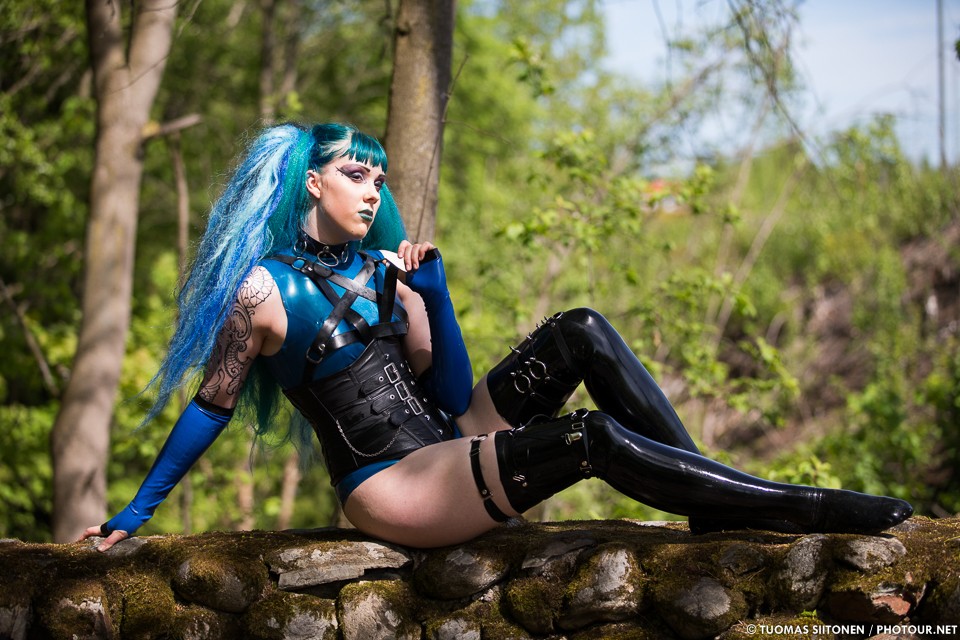 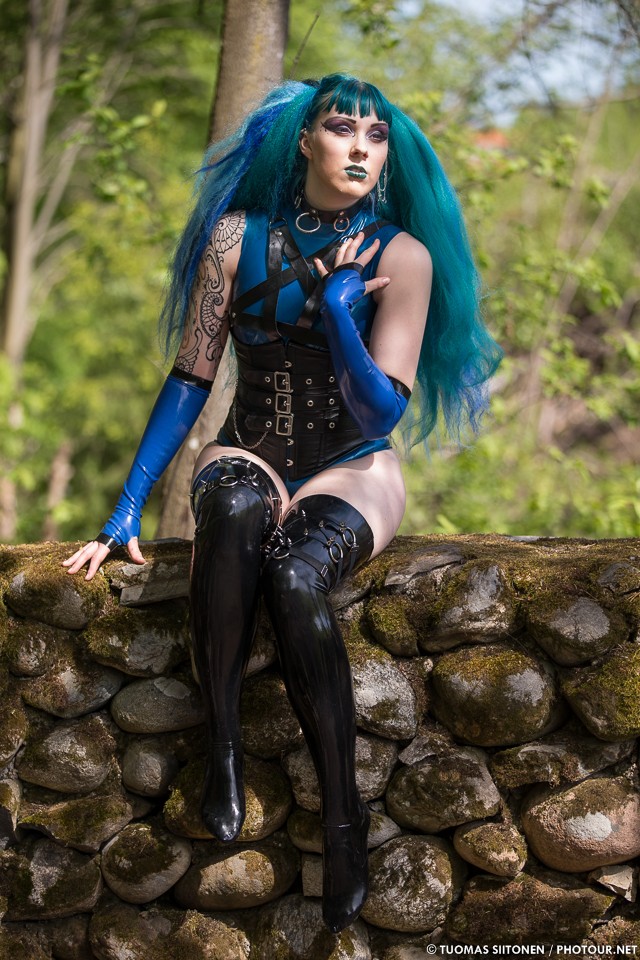 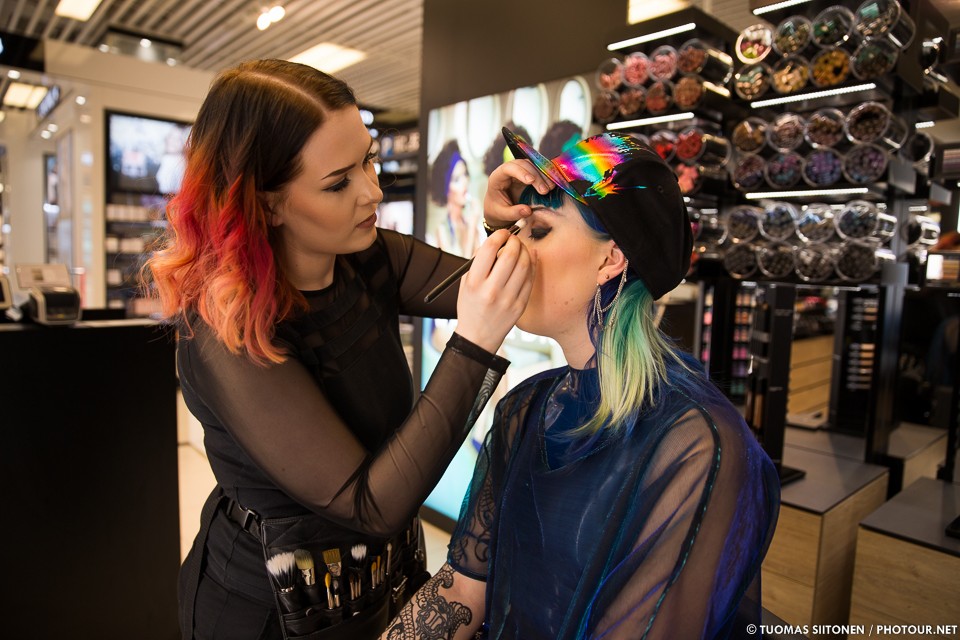 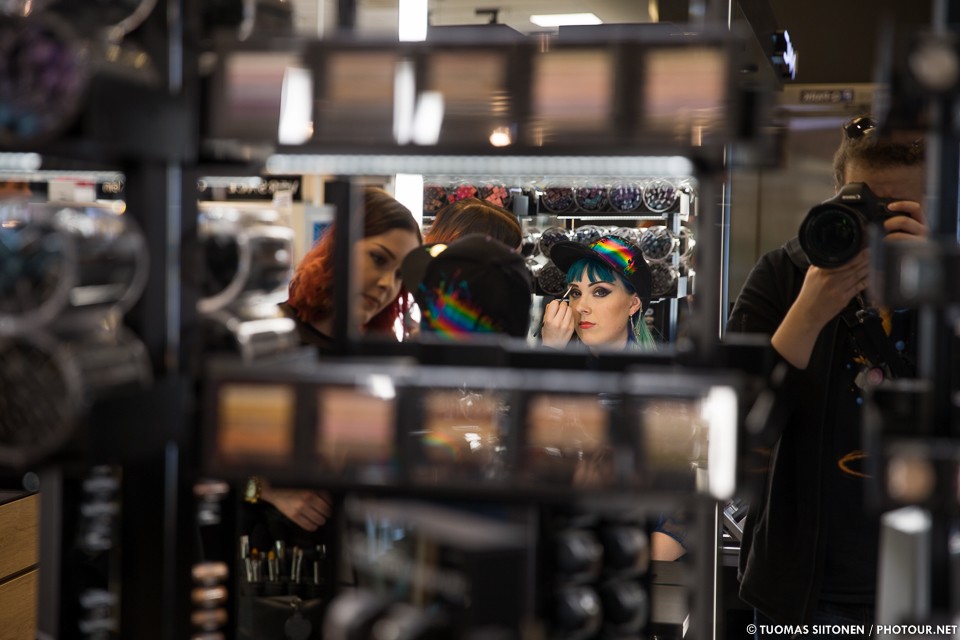 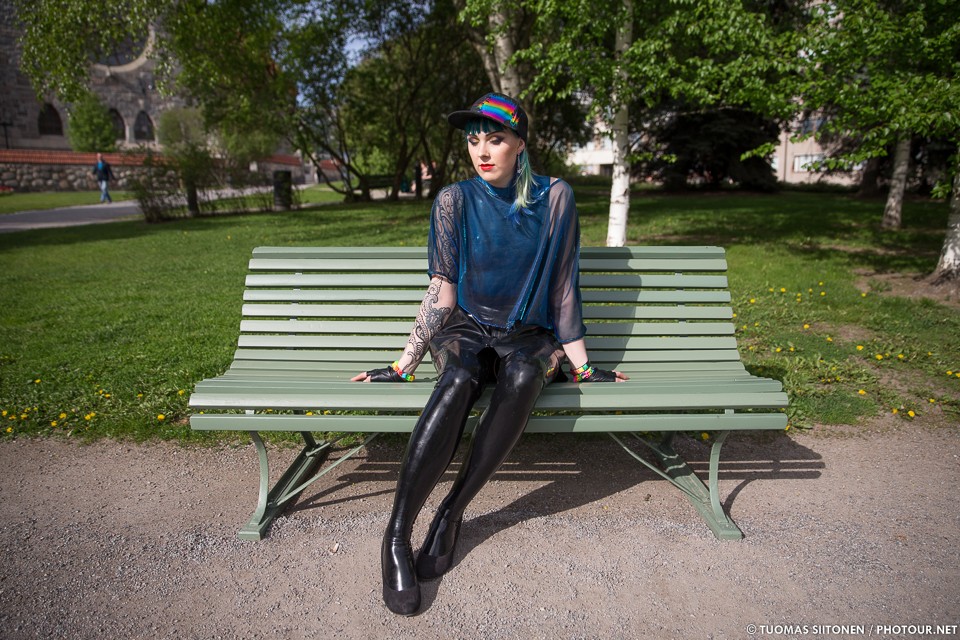 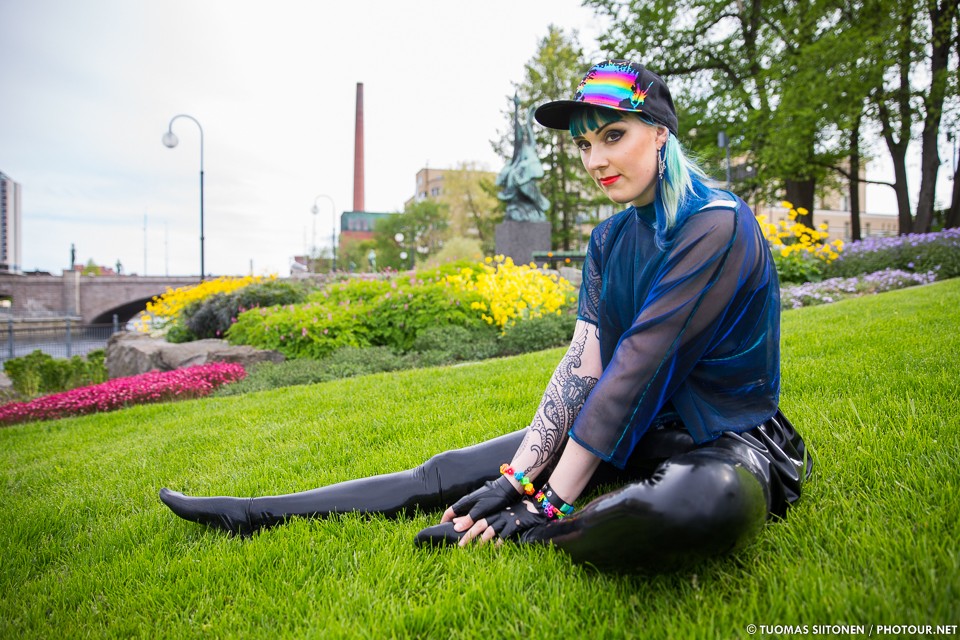 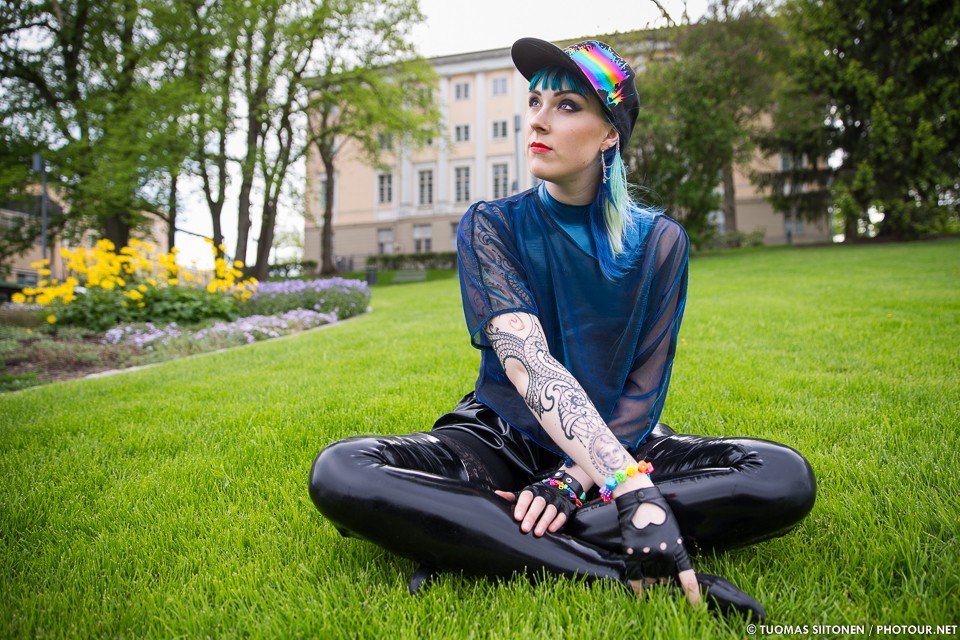