Hey, you know that common situation when your neighbour comes for a few drinks, and then you’re all suddenly streaming video games in latex? Well, that happened to us. Let’s rewind a bit.

Our neighbour and a good friend, Maria, came in for a few drinks to spend the evening with us. She’s a friendly, open-minded gal whose opinion of Project L was very interested before. It took as much as asking whether we should shoot the 48th part right now, right here. A cigarette break later the girls dressed themselves in latex.

Yeah, sometimes my life is nice.

Initially we thought about hitting the city, but then we somehow ended up getting a couple of web cameras from our neighbour and setting up a stream from the scratch. None of us had any previous experience from streaming, so even though the end result looked a “bit” rough, for a first attempt it was a great success. We averaged at somewhere near 27 viewers, which was a wonderful start – especially considering that the stream was running between midnight and 3 AM Finnish time.

Afterwards I browsed through the photos; there were practically photos of girls preparing for a night at home and then just sitting on the couch and playing video games and occasionally taking the dog out and visiting neighbours to scare them. I asked my Patrons whether I should make this into an actual project with the limited content, and the answer was a definite yes – so here we are.

The video embedded below is a heavily cut version from the original, because Nintendo’s automated copyright system issued a copyright claim on the original; because there was a small, silent part where there game’s audio got through to the girls’ mic. Fair use my ass. 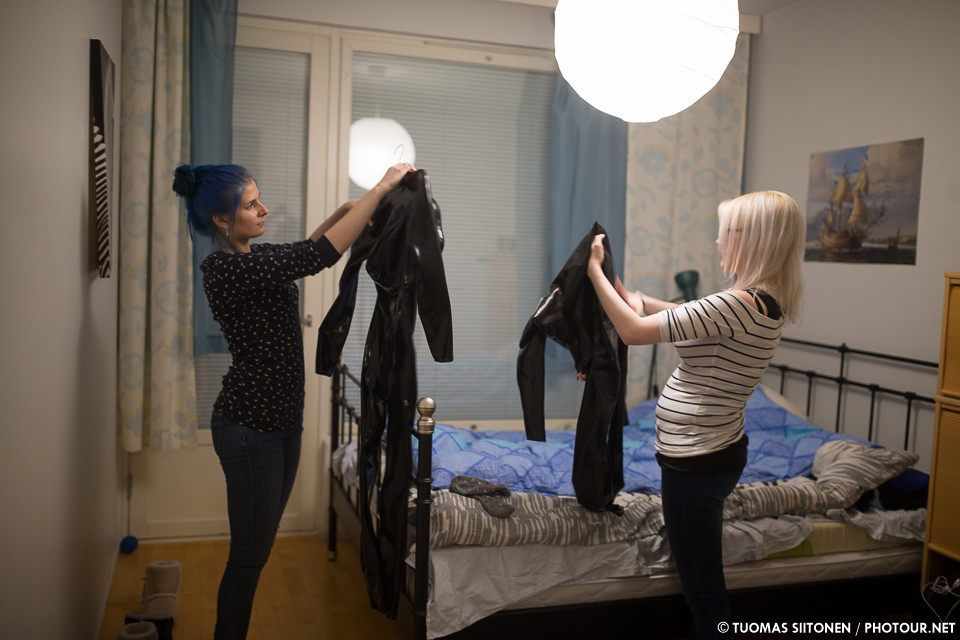 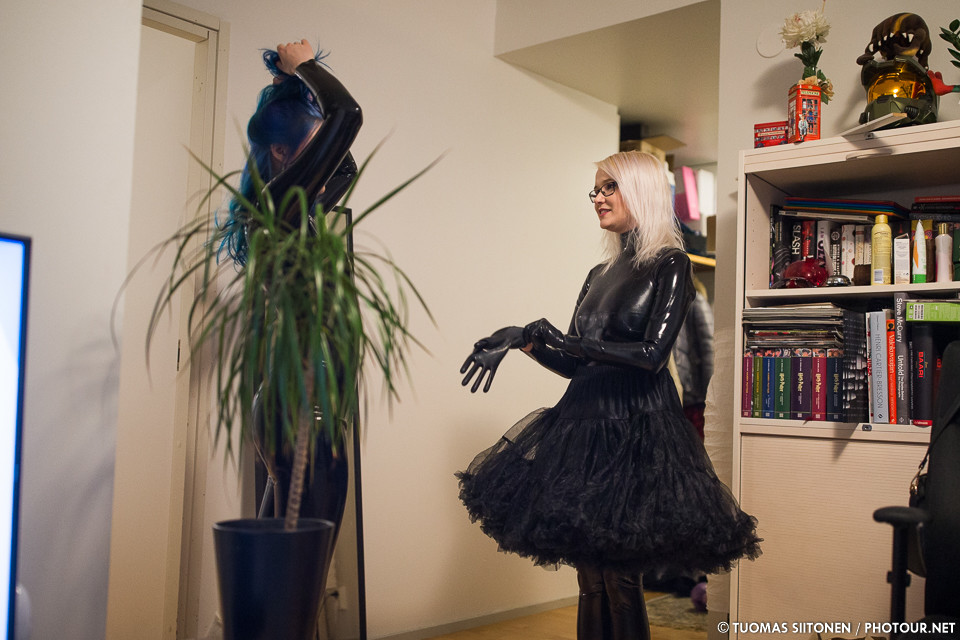 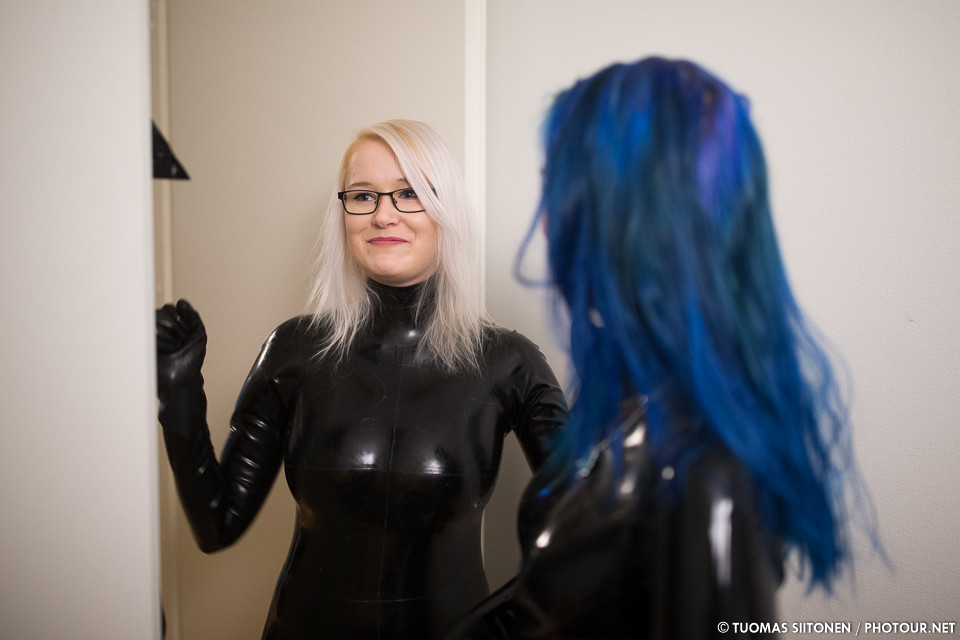 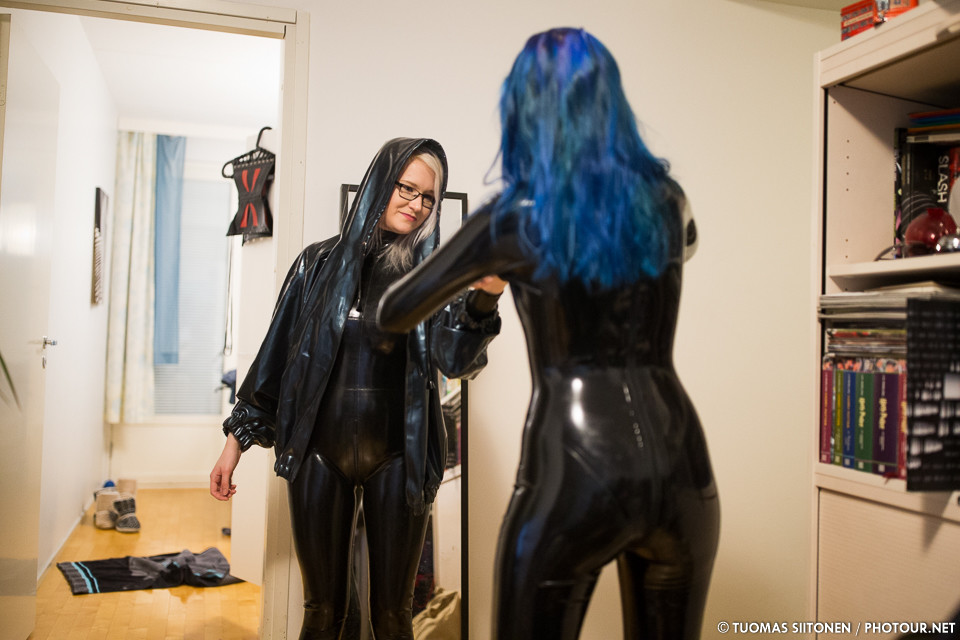 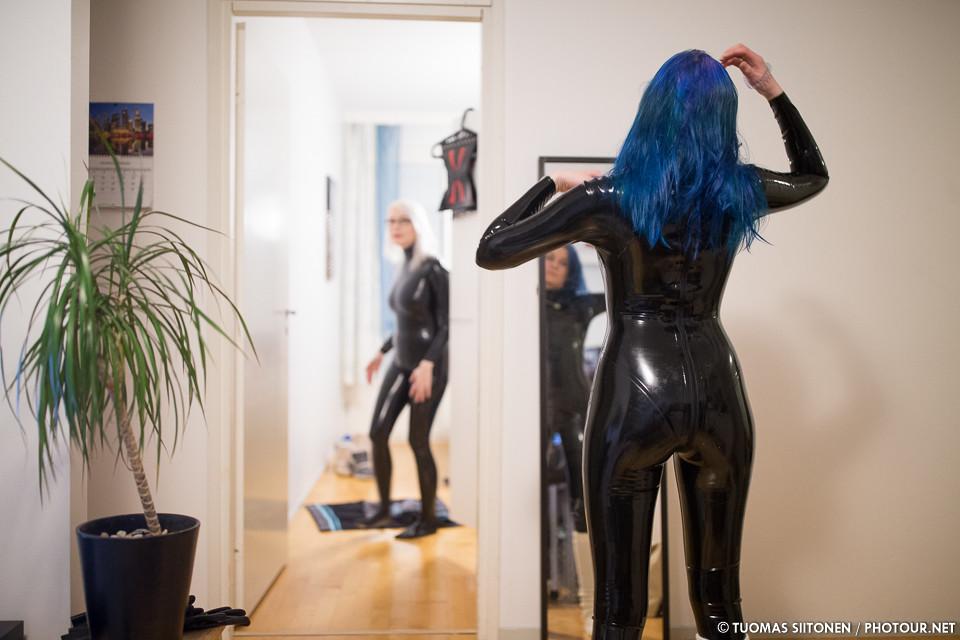 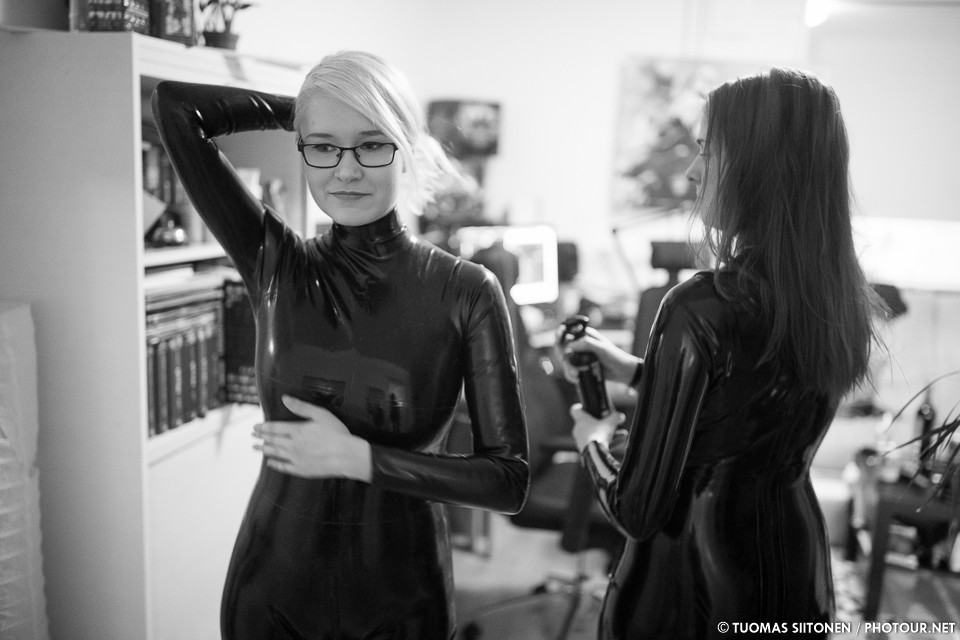 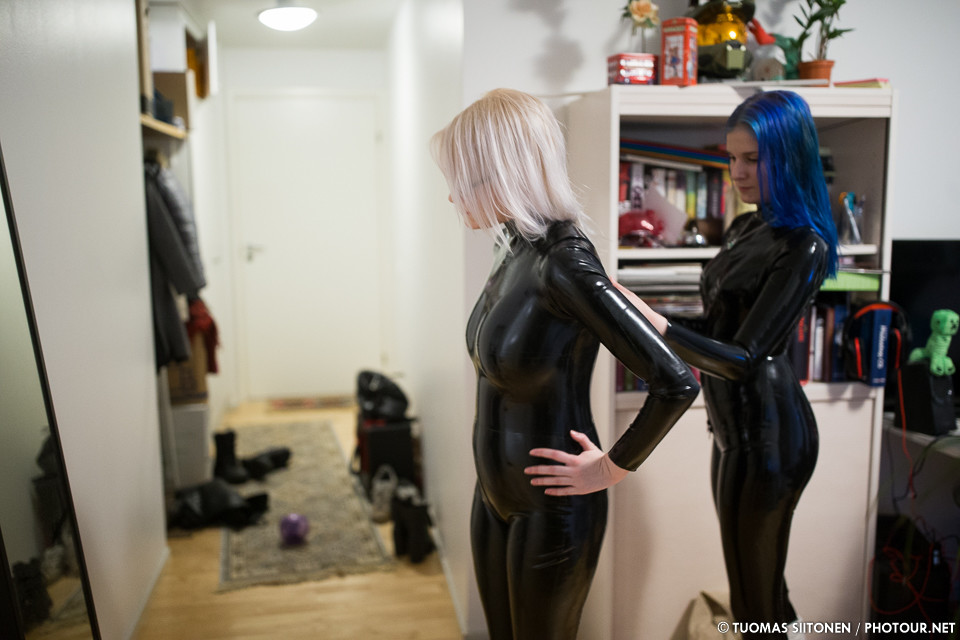 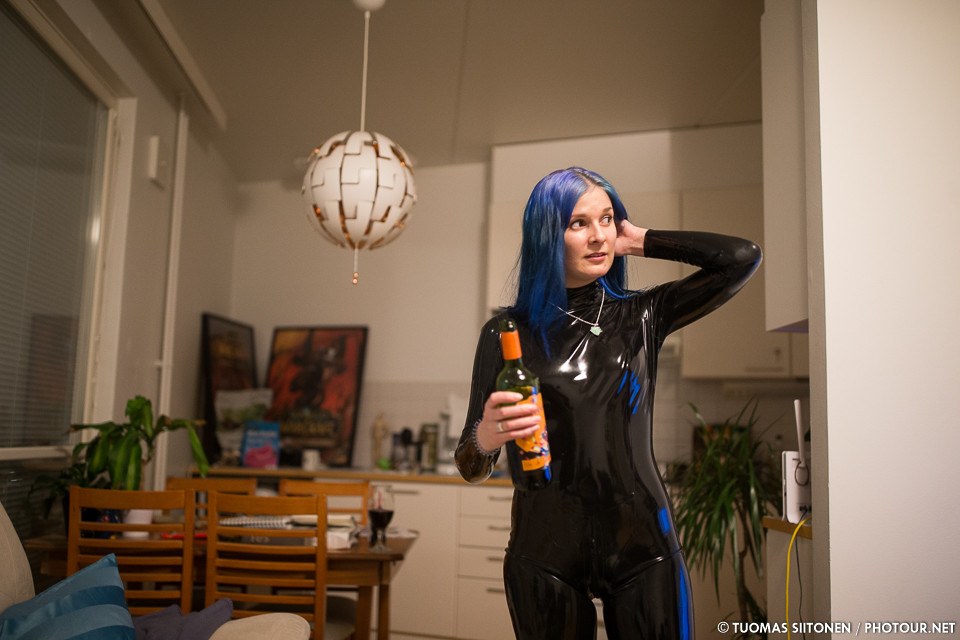 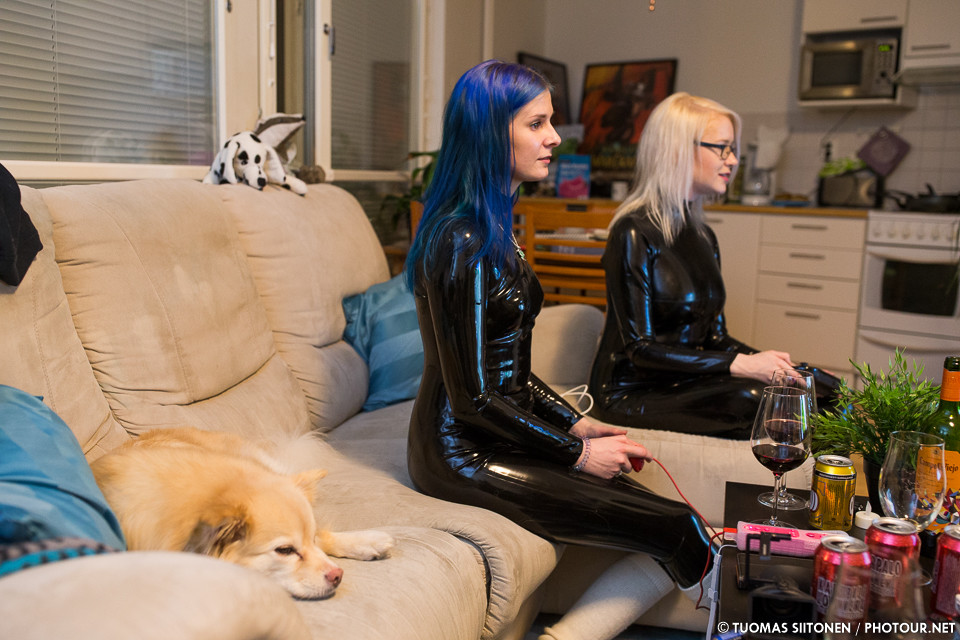 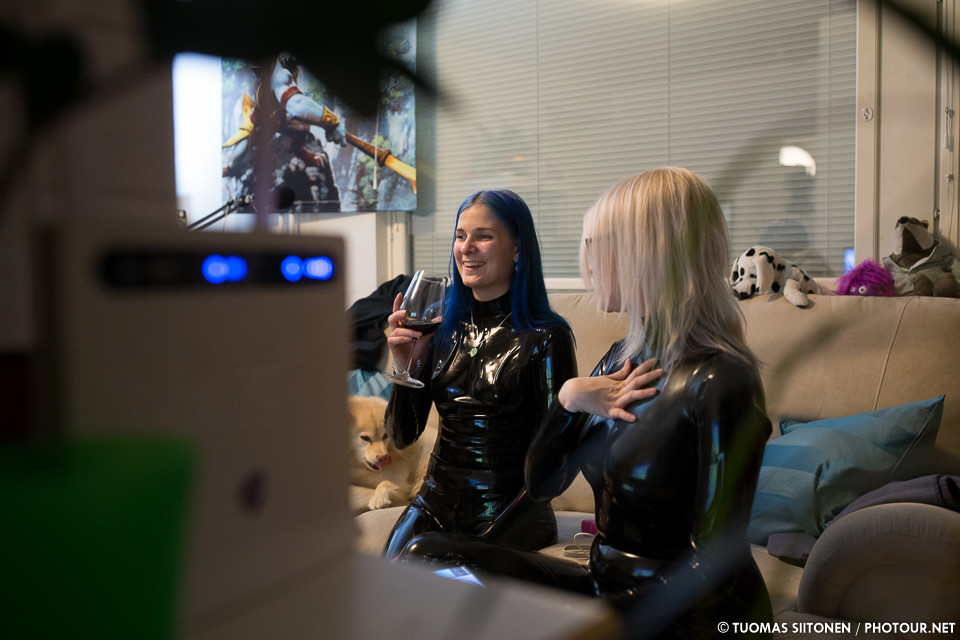 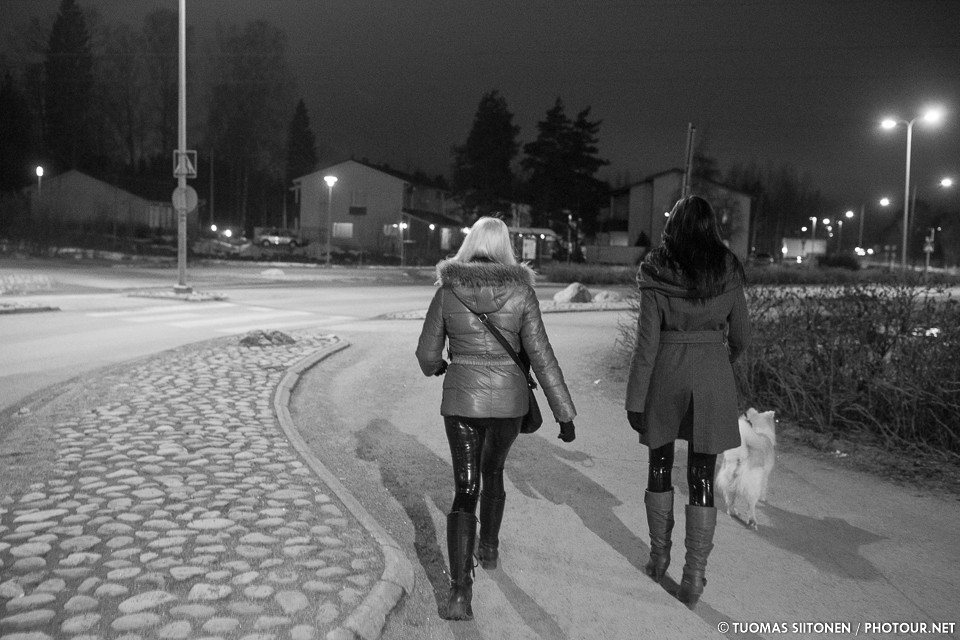 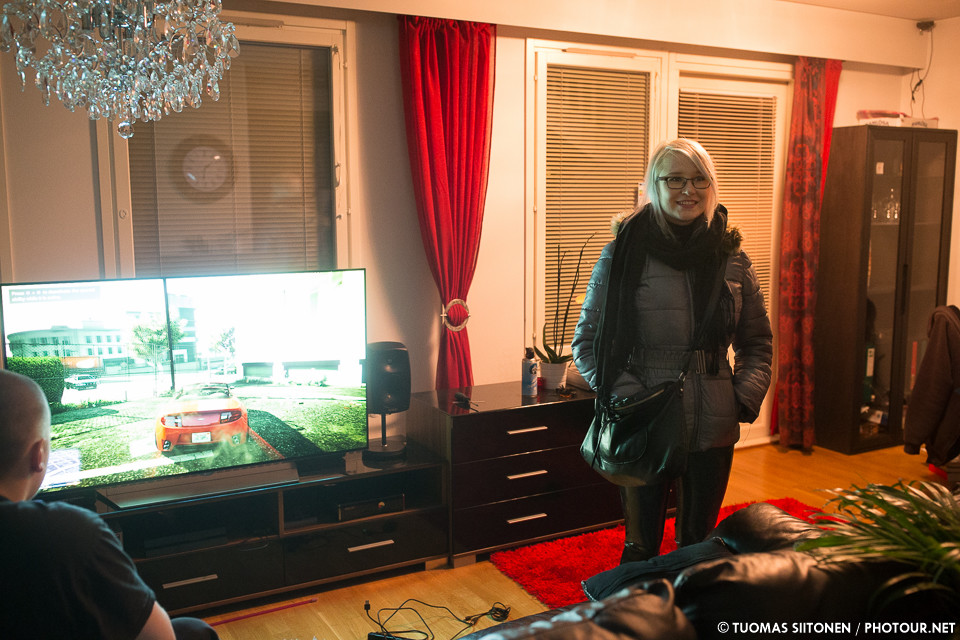 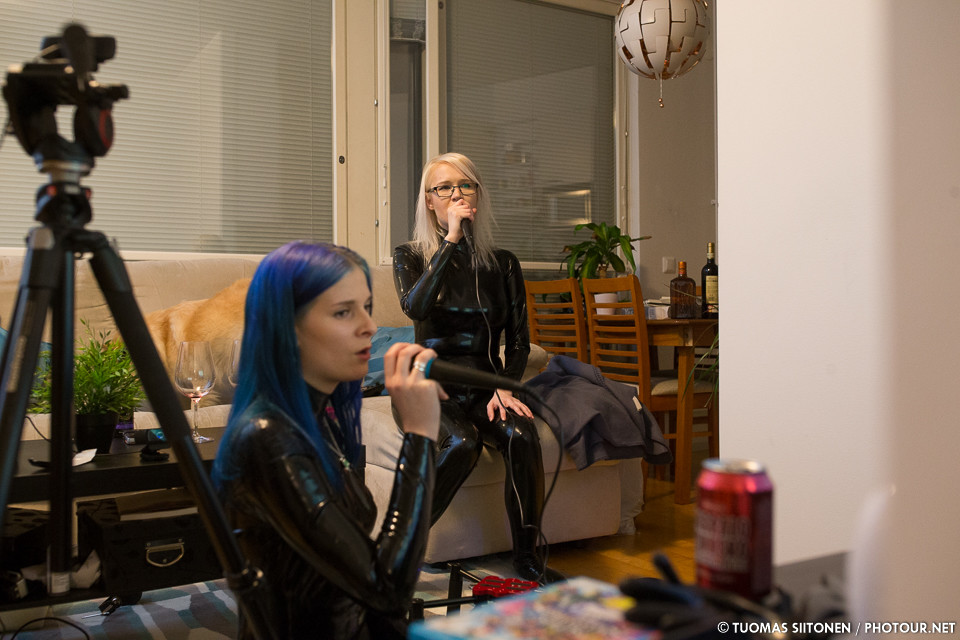 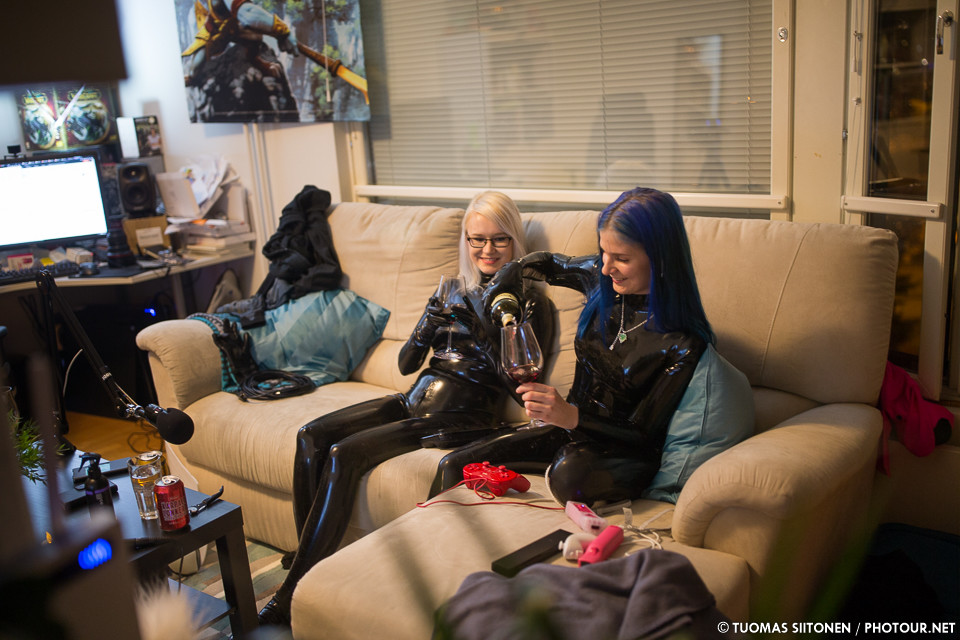 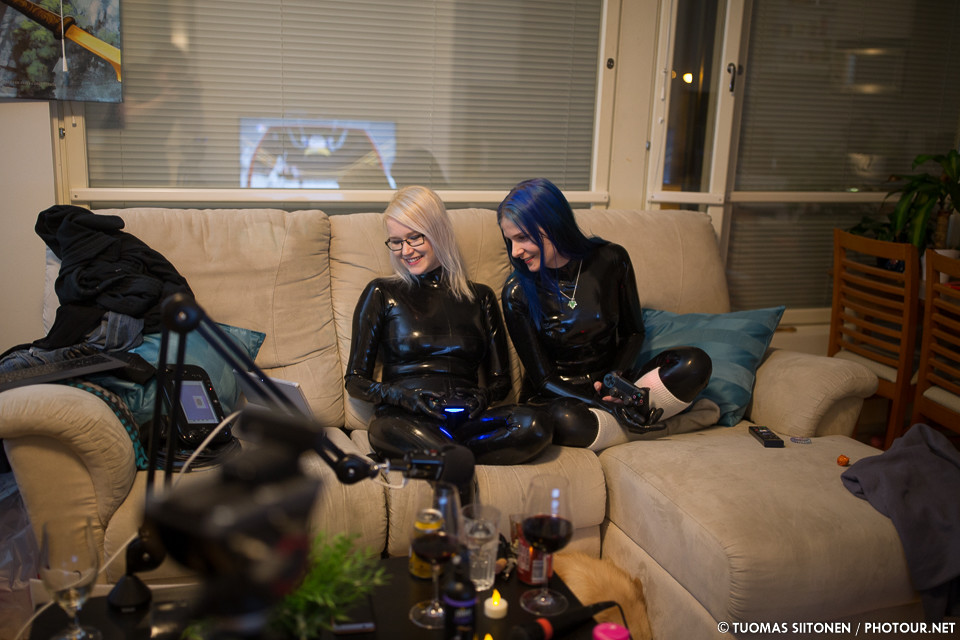 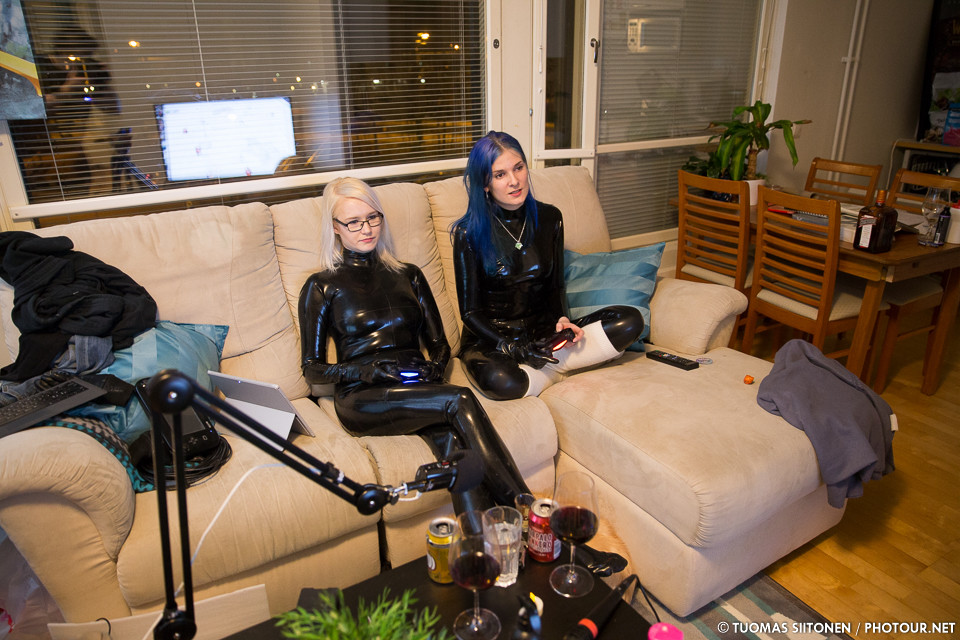 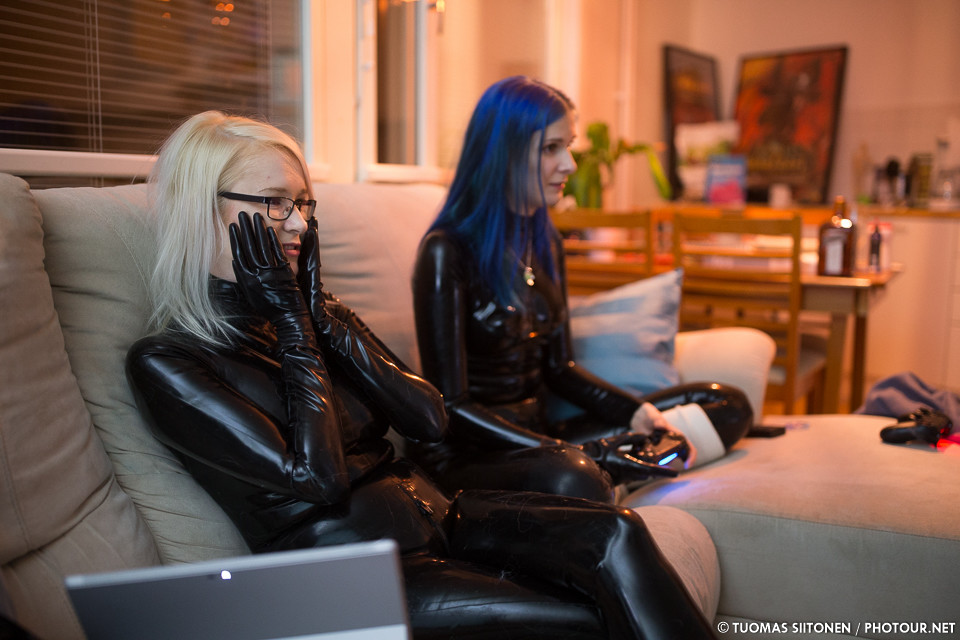 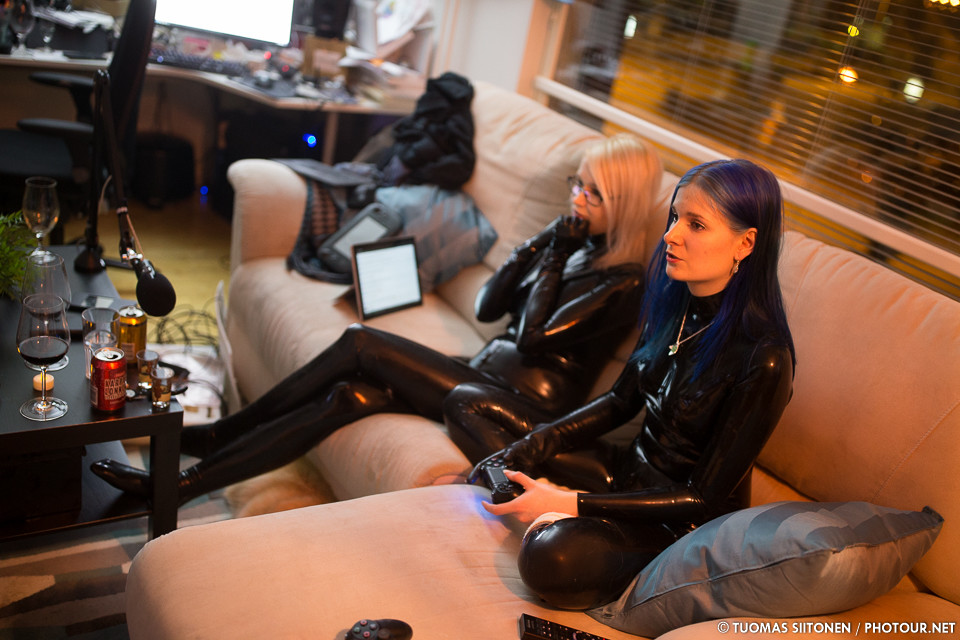 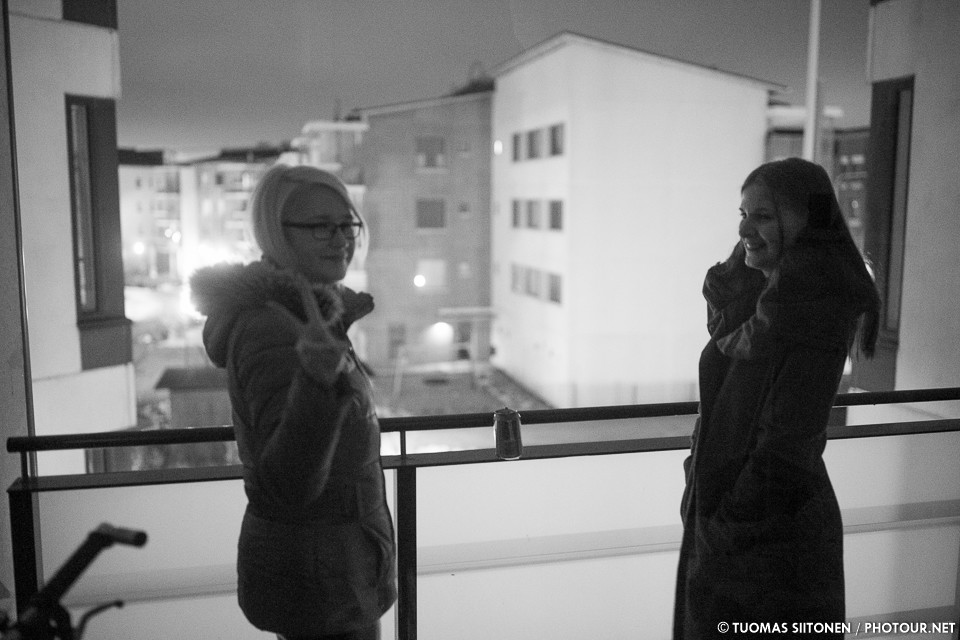 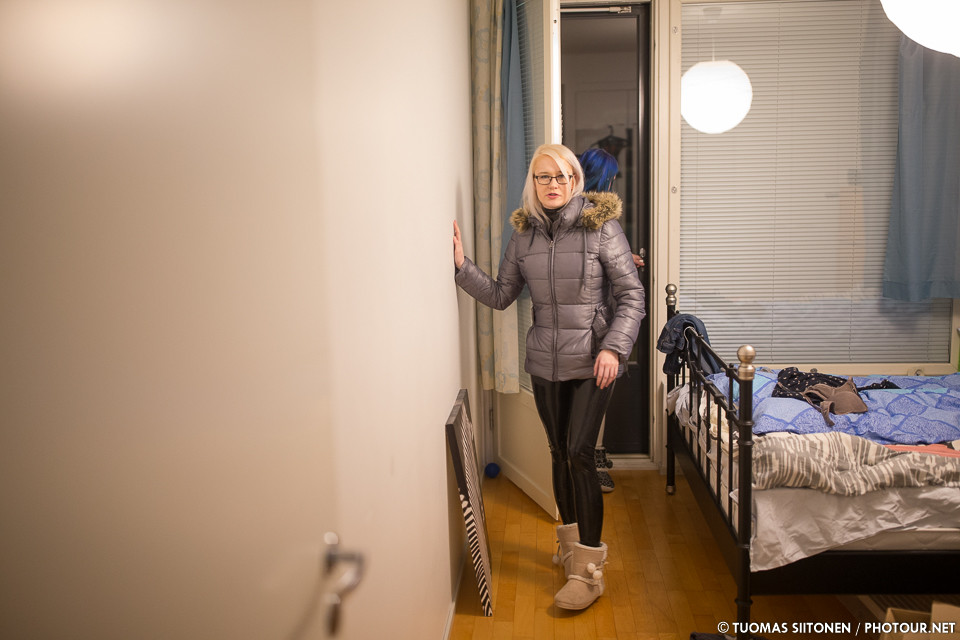 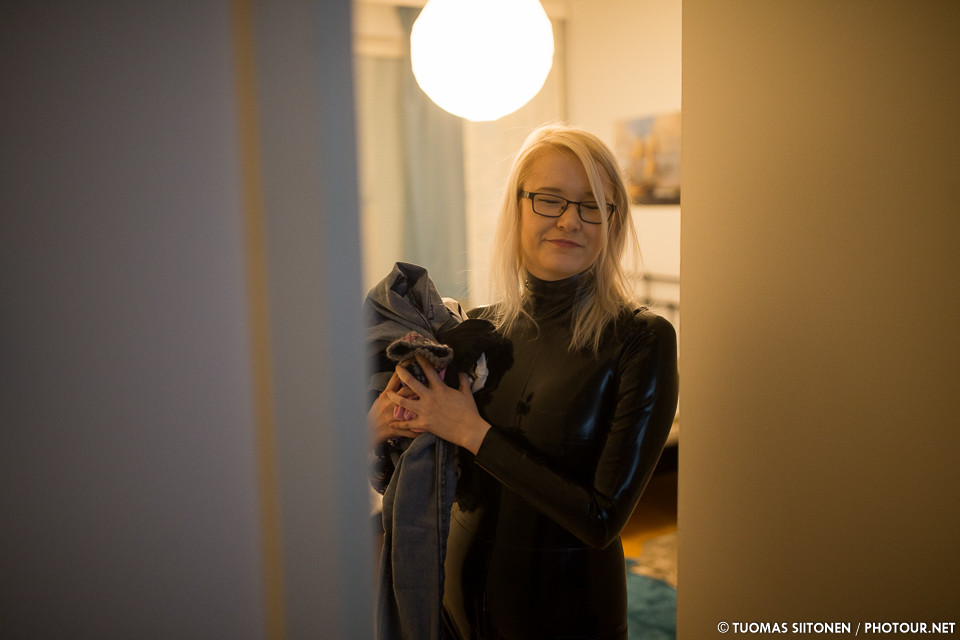 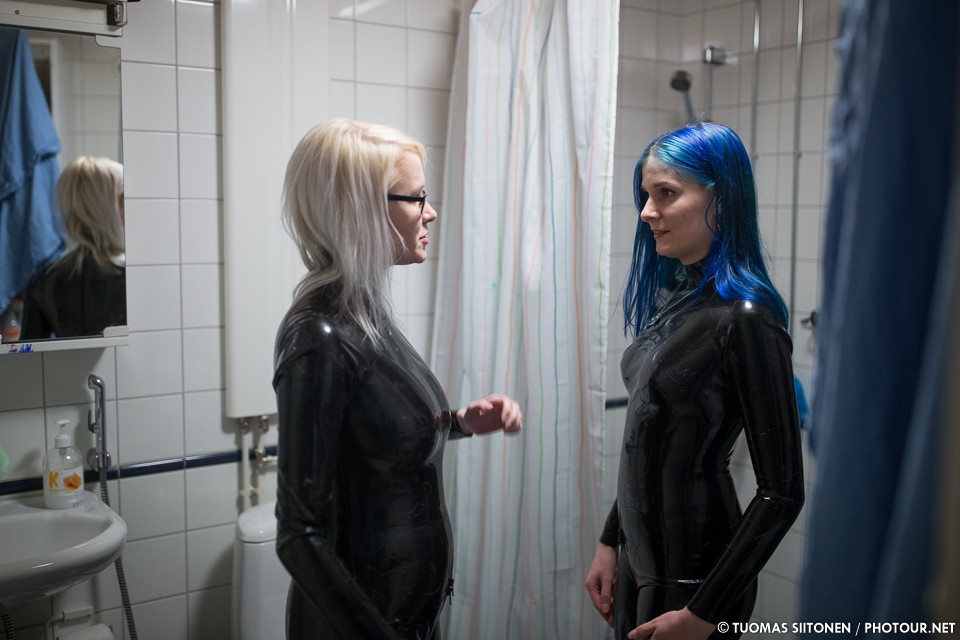 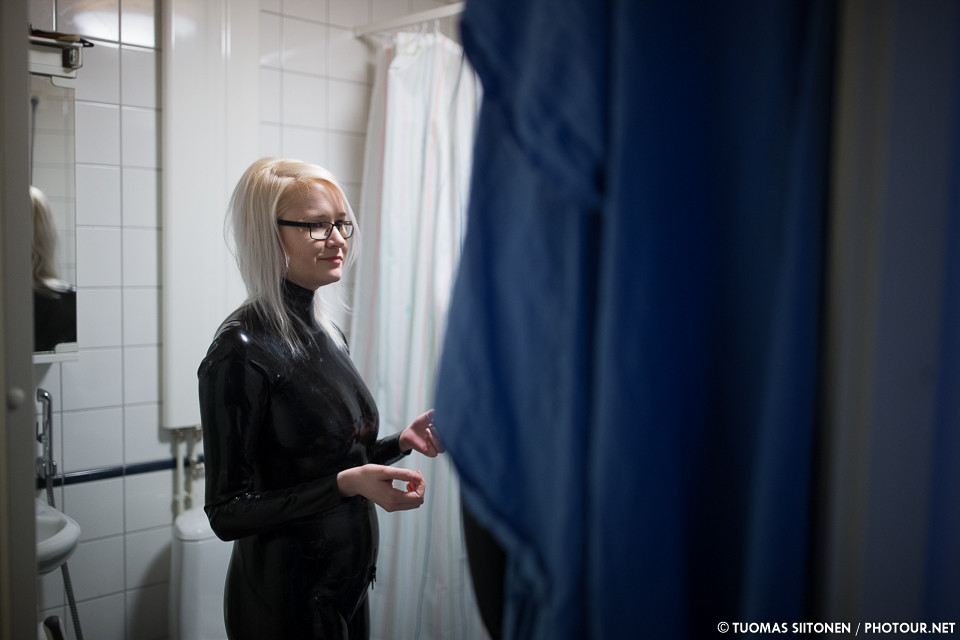