So it has come to this. Fifty parts of Project L – that’s half a hundred!

Who would’ve thought that we’d ever reach this milestone?

The start of the project was something that changed my view on many things – in photography and in life itself. Originally I was fascinated by latex and its properties in photography, its unique way to transform one’s body to this odd combination of solid and liquid state.

The original problem was that it was really hard to persuade people to model for me – me, whose only photographic achievements were from event photography. I had to face the truth, I knew very little about photographing people – plus I didn’t really have any proper equipment, e.g. proper flashes.

After the first few projects, though, things changed. People saw the photos and began to understand that latex is not just something that’s overwhelmingly sexual; they saw that it’s just a fabric, albeit a little different.

As I learned more, people’s interest grew at the same pace. It was easier and easier to get models – all I had to do was simply to just ask.
Then, only a year ago, along came Patreon. It didn’t take long to reach the first few goals, and I could finally get rid of Google’s ads, of which I had gotten tons of complains from. AdWord’s ads could open pop-ups and pop-unders without my consent, and that was really disgusting – advertising on the internet is okay, but only in decent limits.

As I’m writing this, each published project earns me around 258 dollars per project, excluding the transfer fees. That’s pretty awesome, I can do what I most want from my life and I get paid to do so. It doesn’t pay all the bills, though, as Finland is a very expensive country. Besides all the monetary gain goes through my enterprise, which makes it very impractical to pay anything to myself – thus whatever I earn, I put it back into Project L to refine it, to improve the quality of the projects.

It’s amazing how generous people have been. I’ve gotten a lot of support through Patreon, but I’ve also received donations in form of brand new latex clothes – especially from Paul, who has been extremely generous to the project.
Where will Project L go?

It’s pretty hard to guess, but we’re trying new things – focusing more on video content and even live streaming. Just few days ago I got confirmation from Twitch.tv’s customer service that streaming in latex is okay – so we’ll move from YouTube to Twitch, as Twitch has its own, proper user base that could be attracted to the project’s idea of being casual in latex; but the main focus of our future Twitch channel will absolutely be the gameplay and the interaction on the stream.

But what else could we do? That remains to be seen – and of course, you can give suggestions of what direction to steer Project L towards; what to do, and what not to. Just comment below!

I attempted to create a proper narrative of our two days of shooting with Leila and Maria. To start off with a wonderful picnic in Järvenpää’s Rantapuisto and to proceed to ready one’s self for an evening out in a different outfit, in this case, catsuit.

It’s funny, yet satisfying, how little people actually pay attention to shiny clothes. But of course, there are a few who look, but mostly girls; one girl even “accidentally” took a photo of the models at the bar with her flash on. How embarrassing for her, but rather hilarious to think of.
As usual, the behind the scenes and outtake photos will be released few days after. Probably with some video, too. I really hope we got enough. 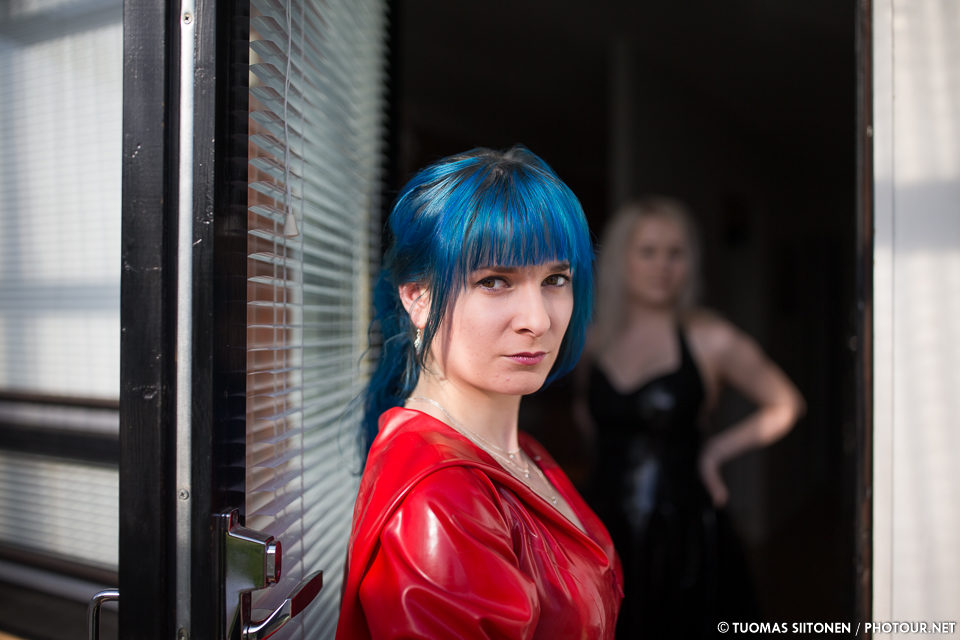 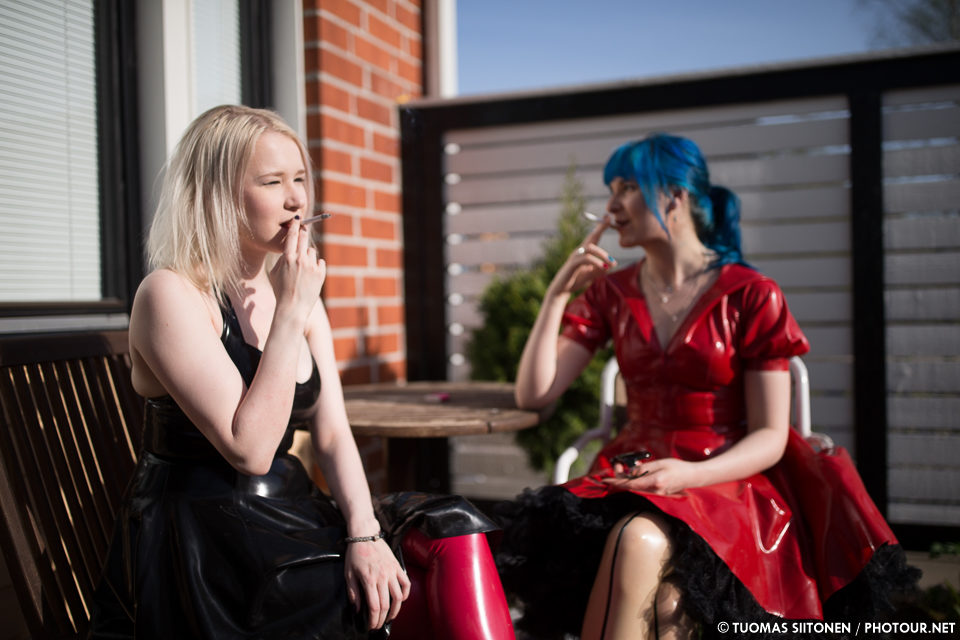 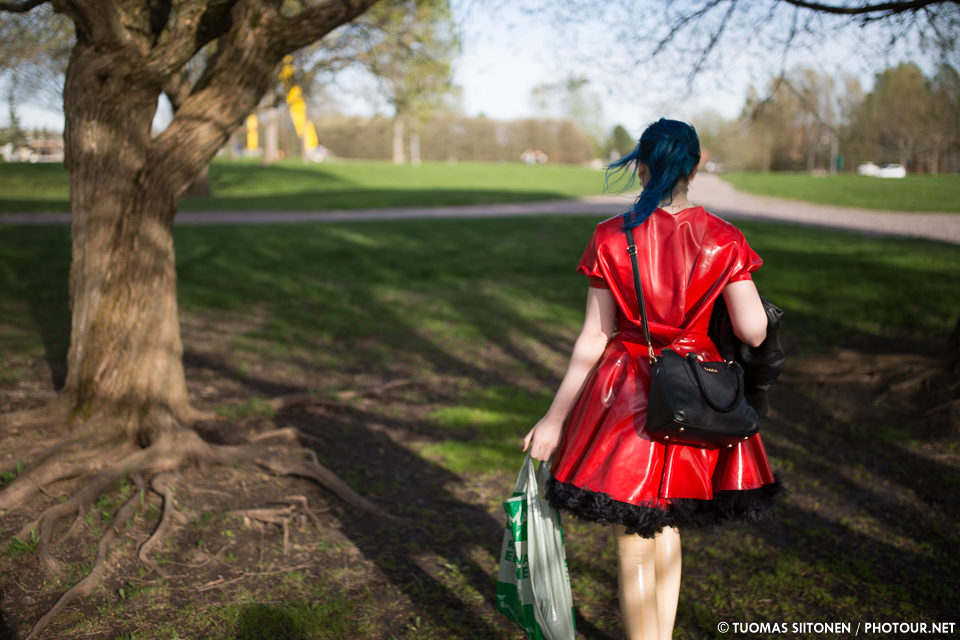 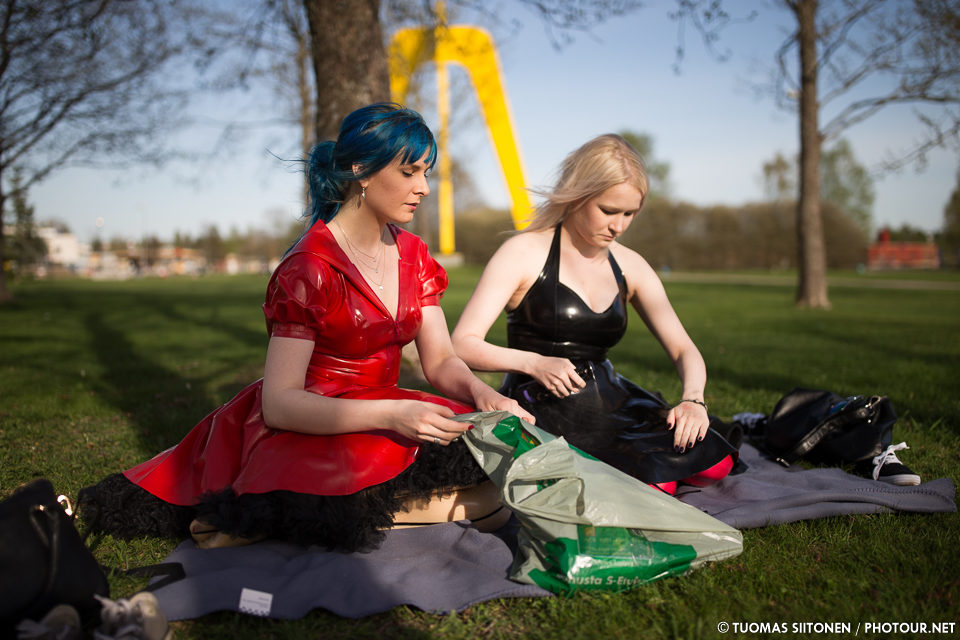 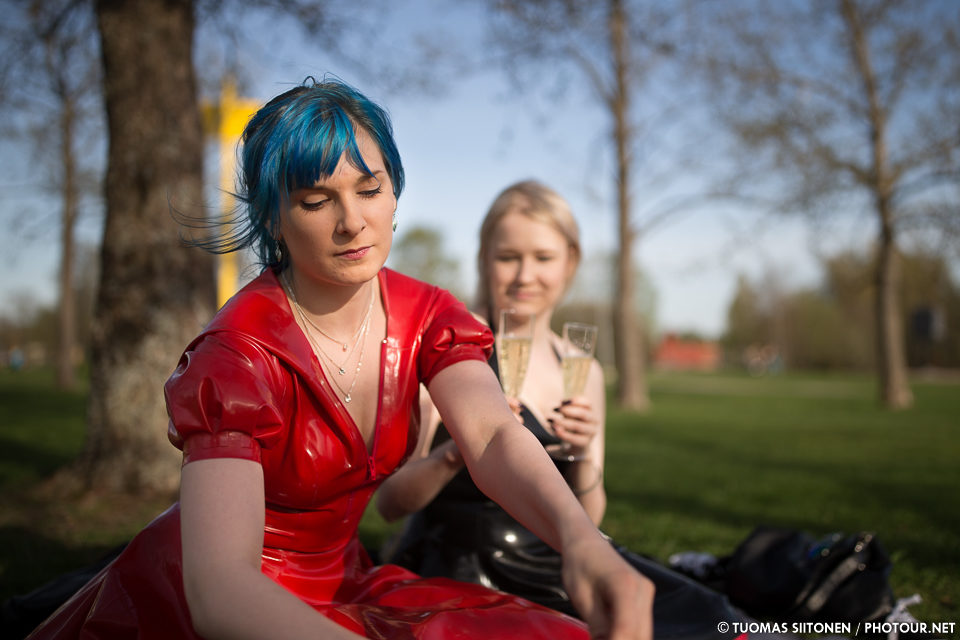 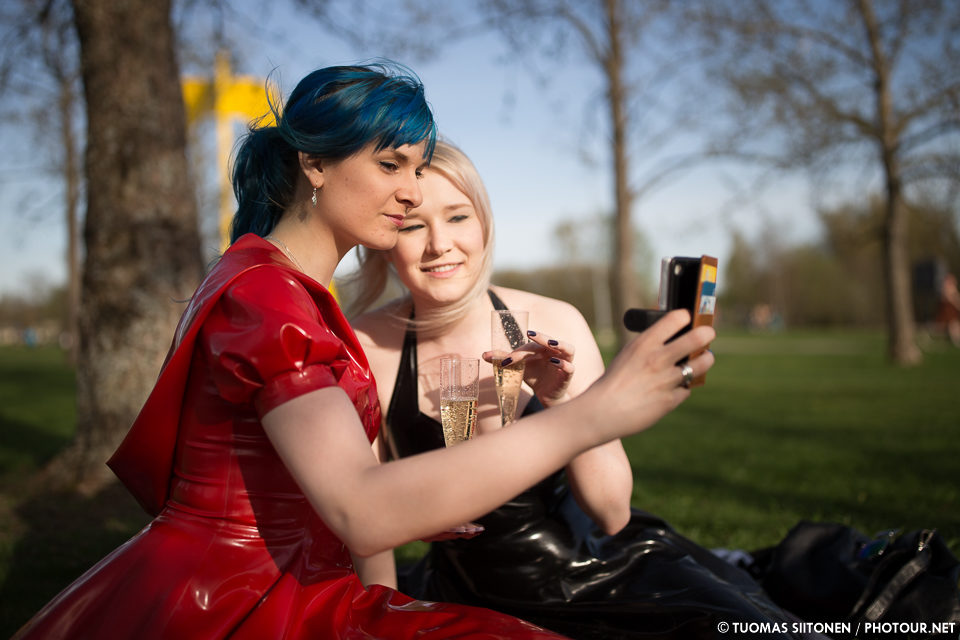 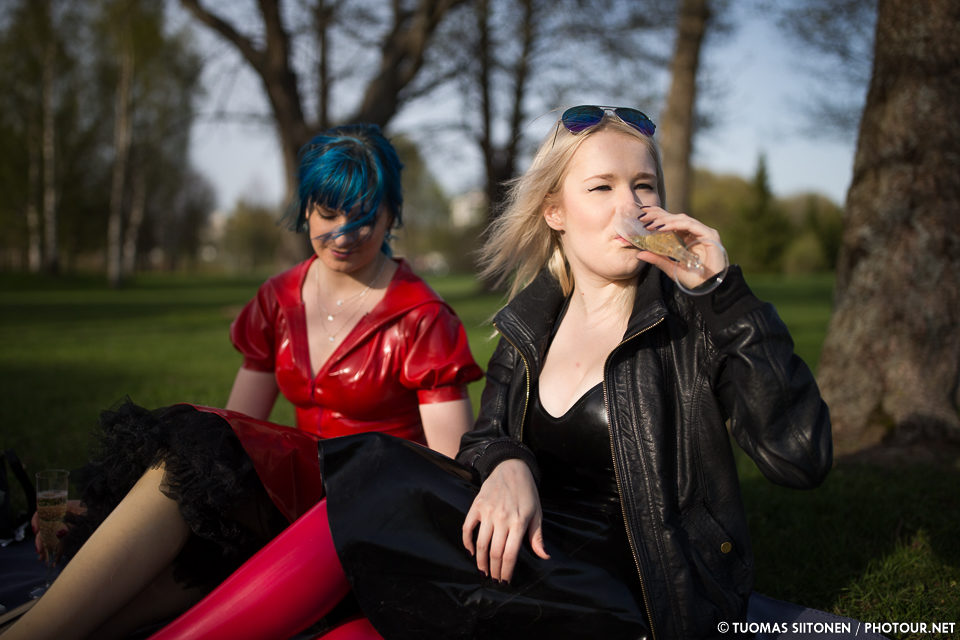 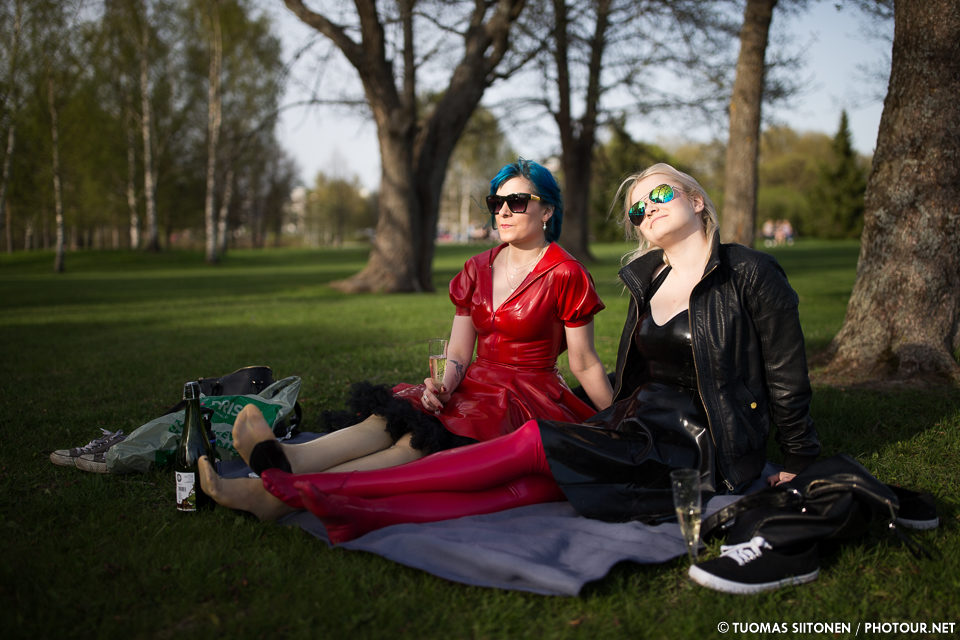 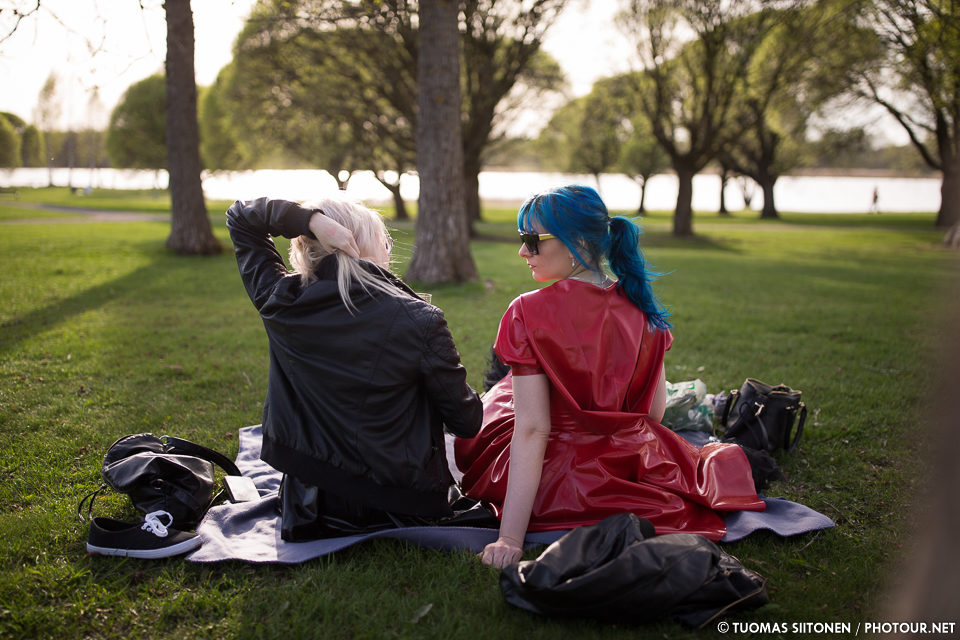 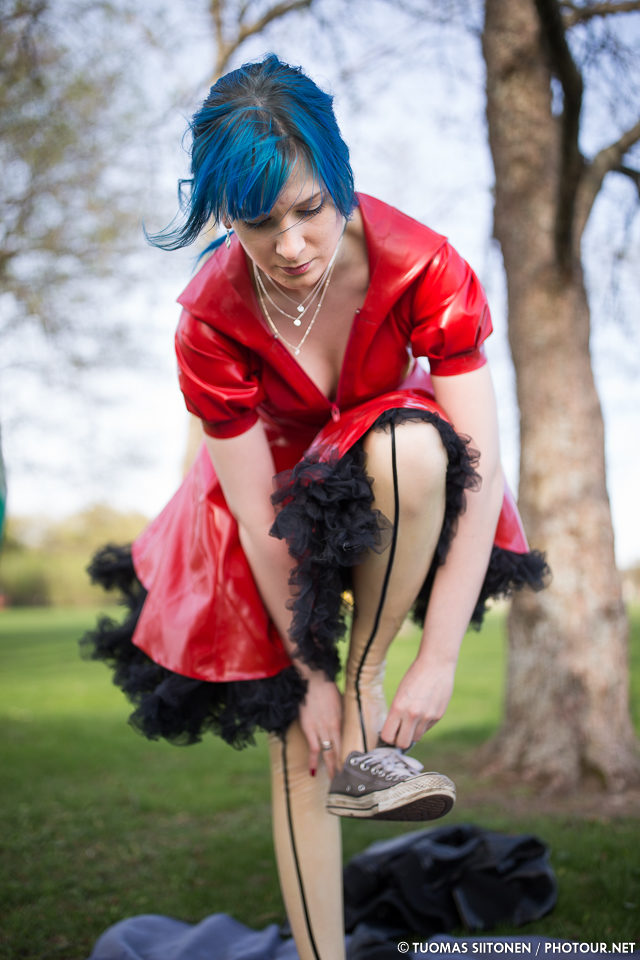 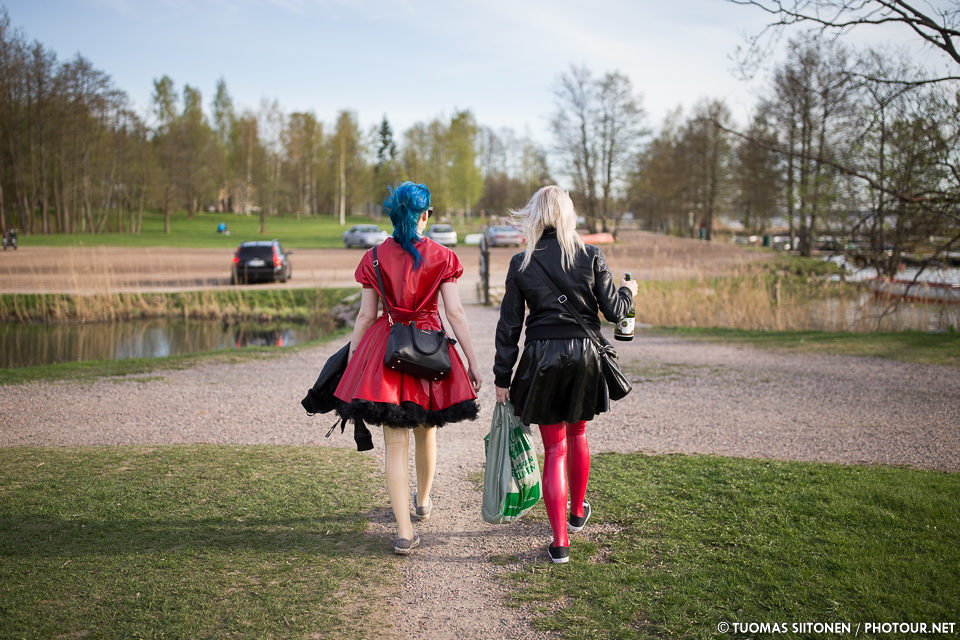 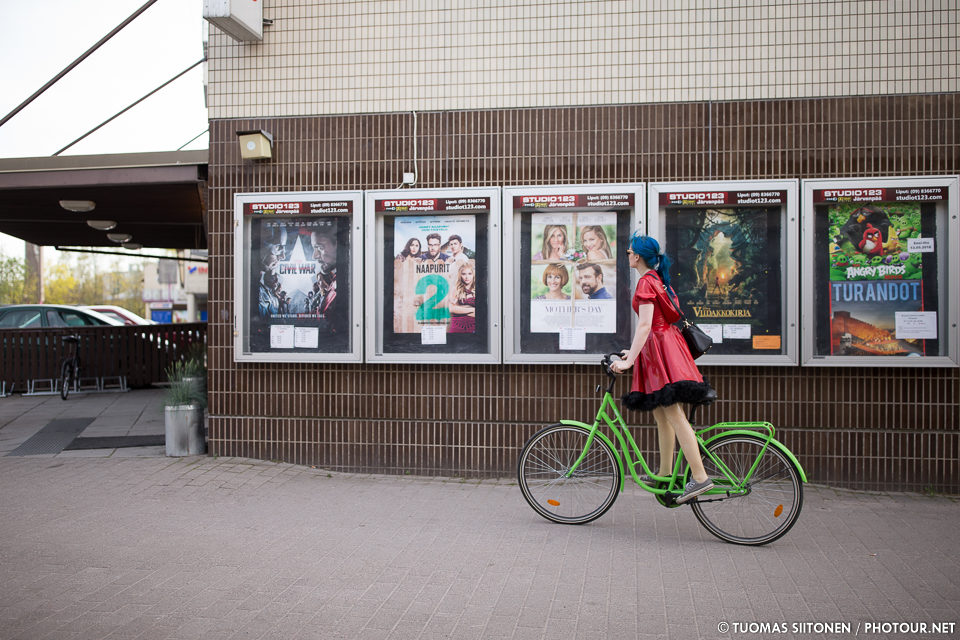 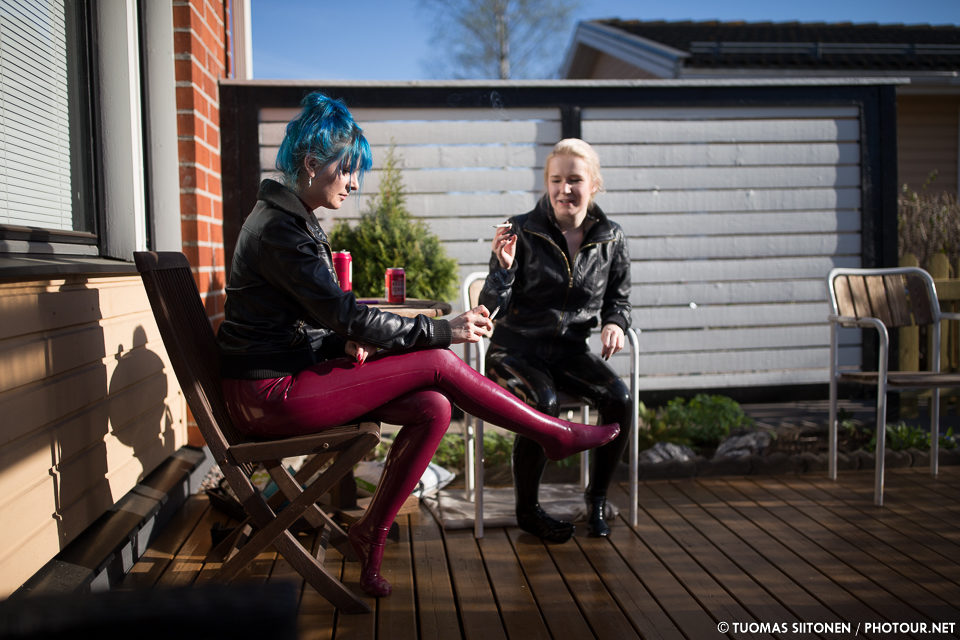 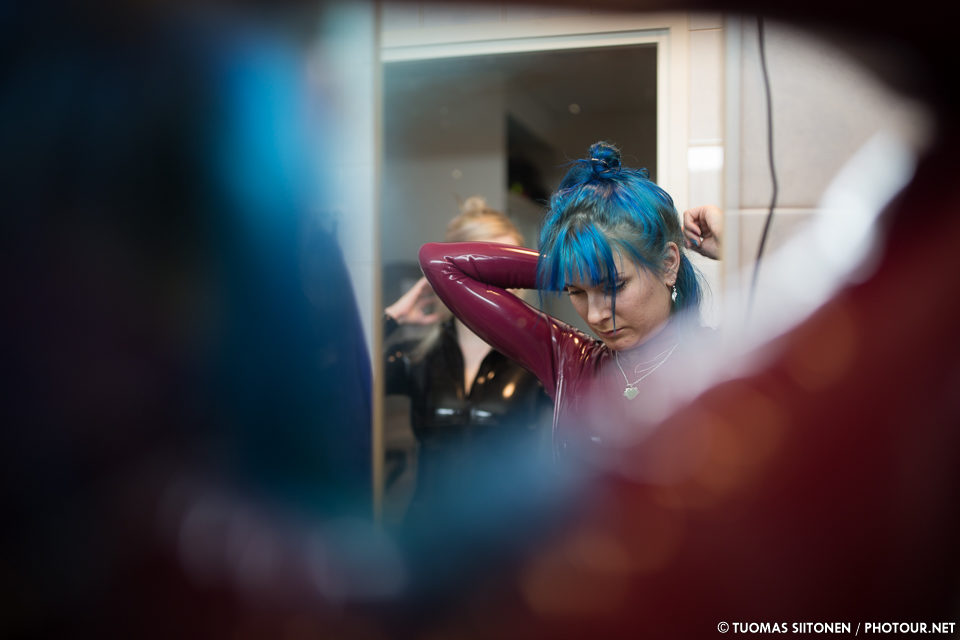 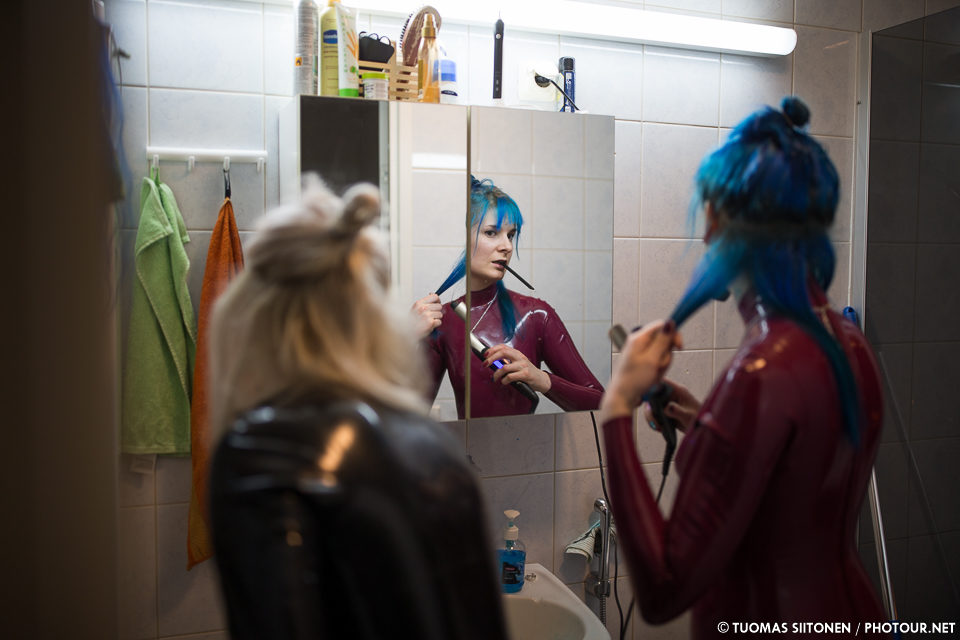 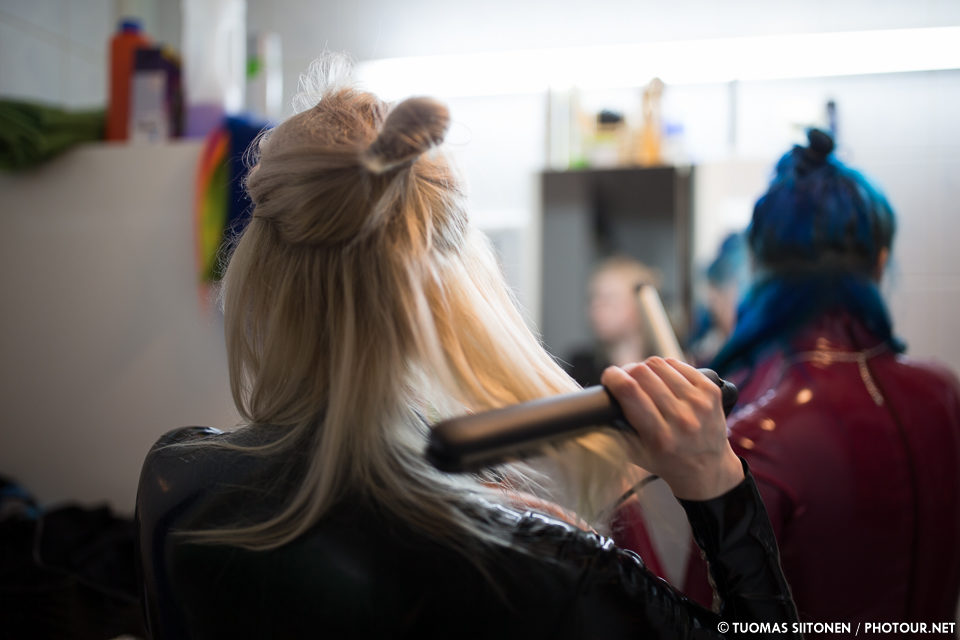 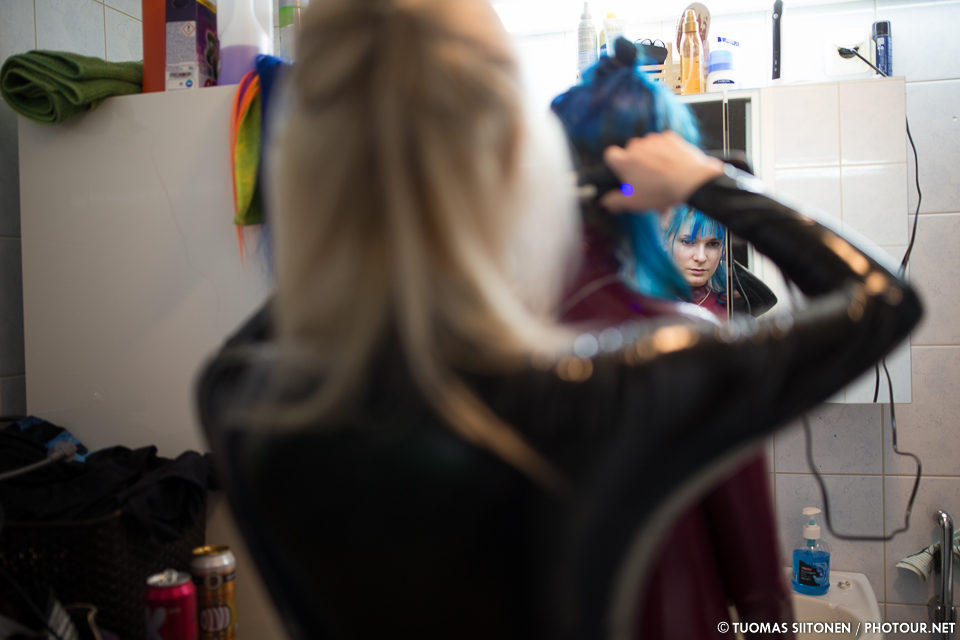 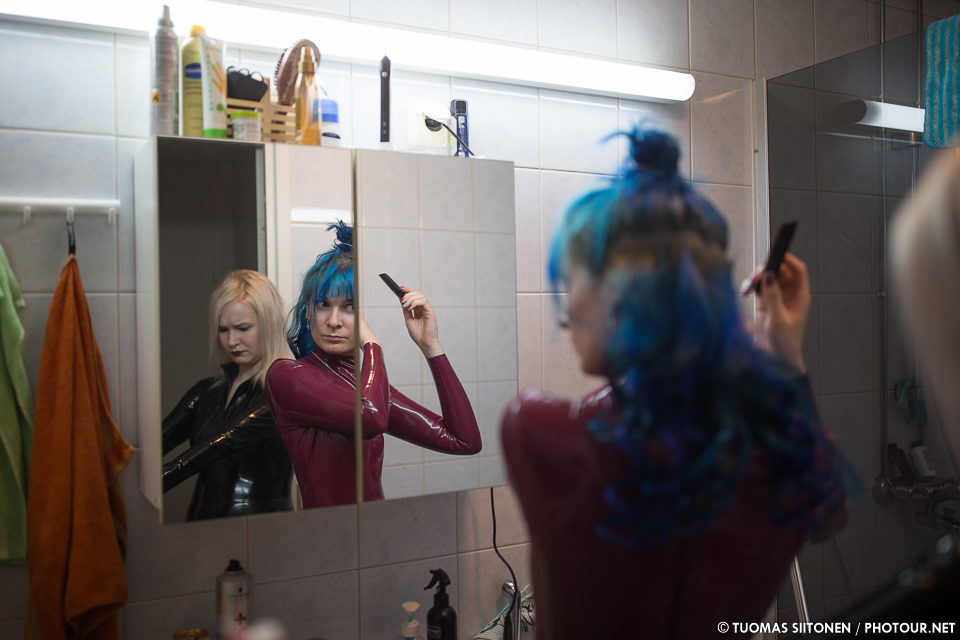 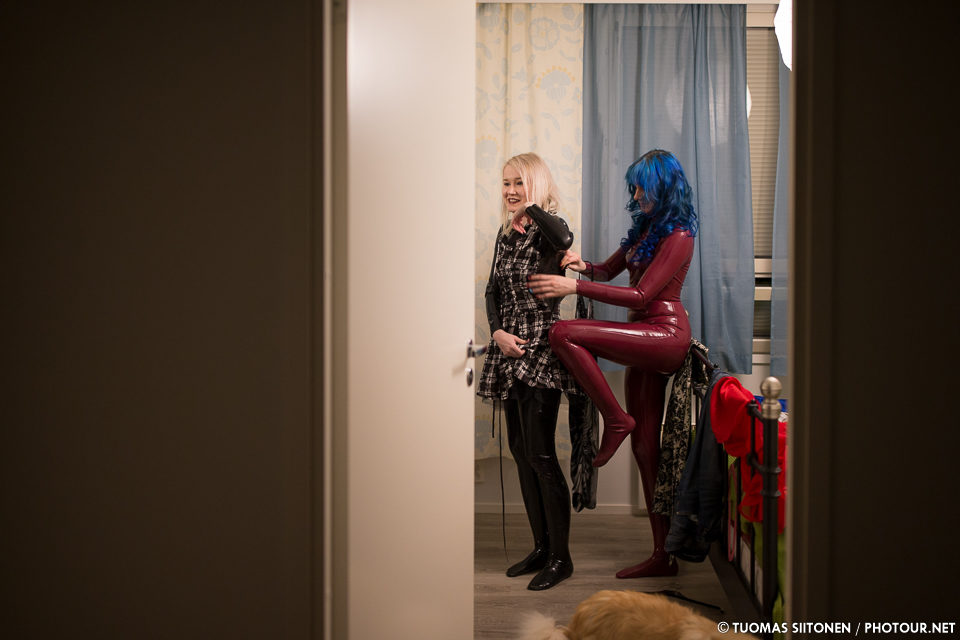 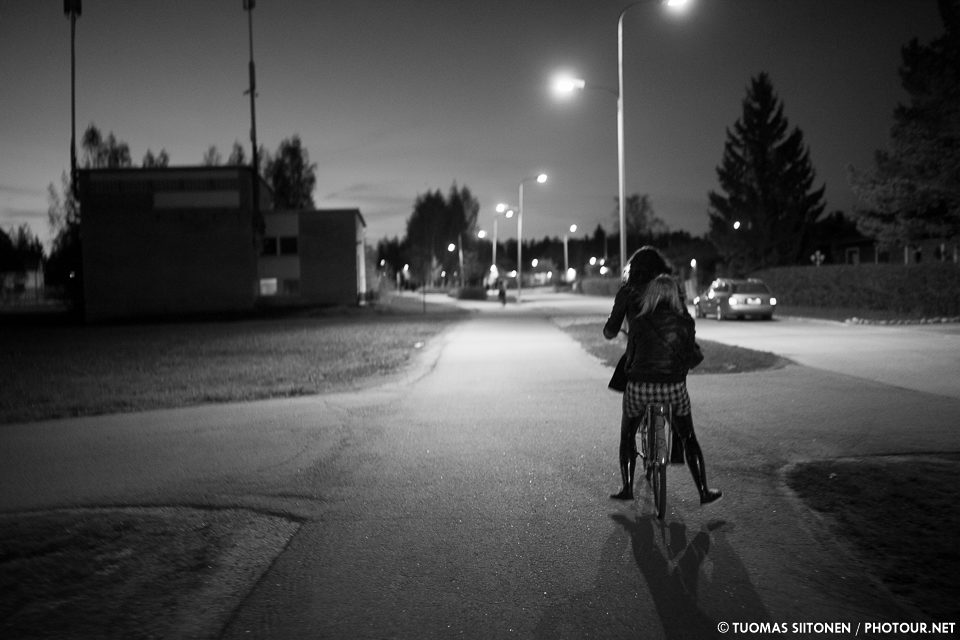 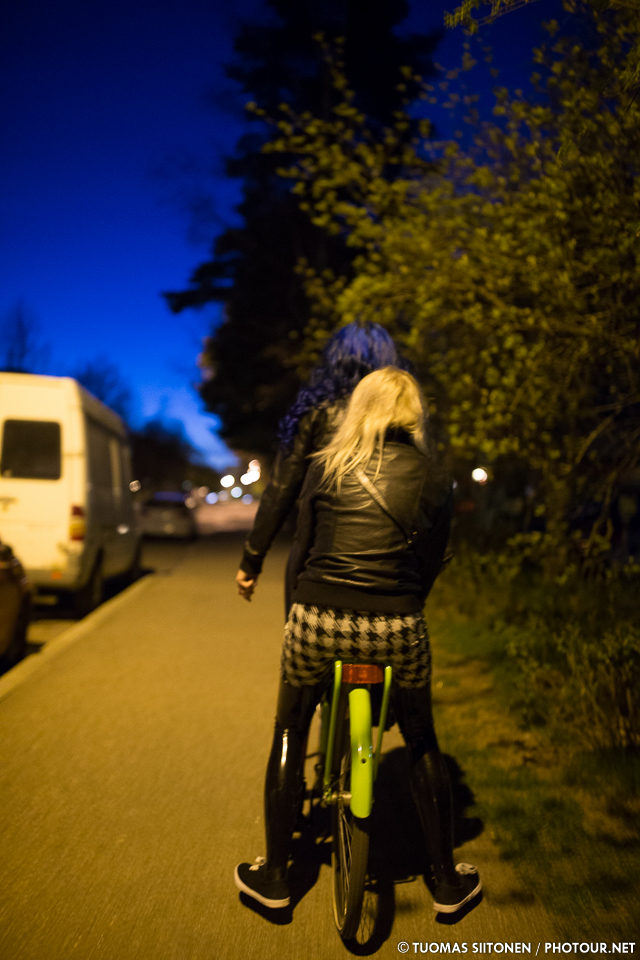 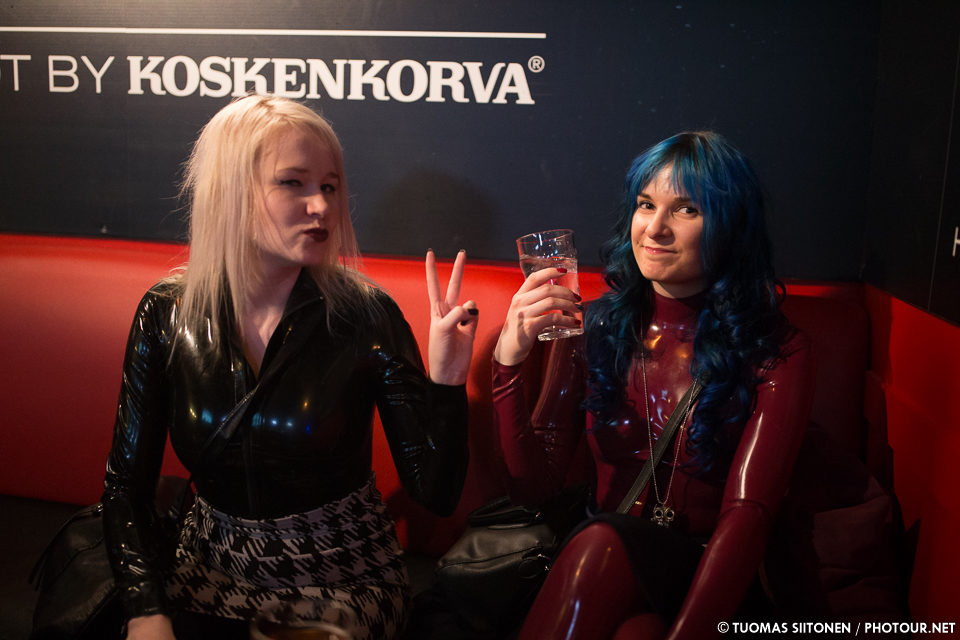 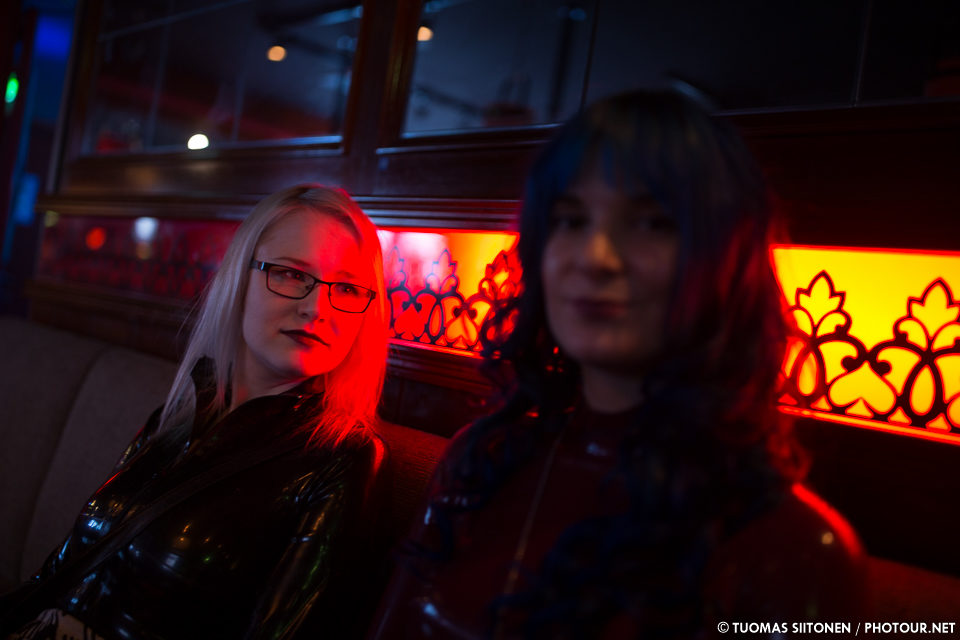 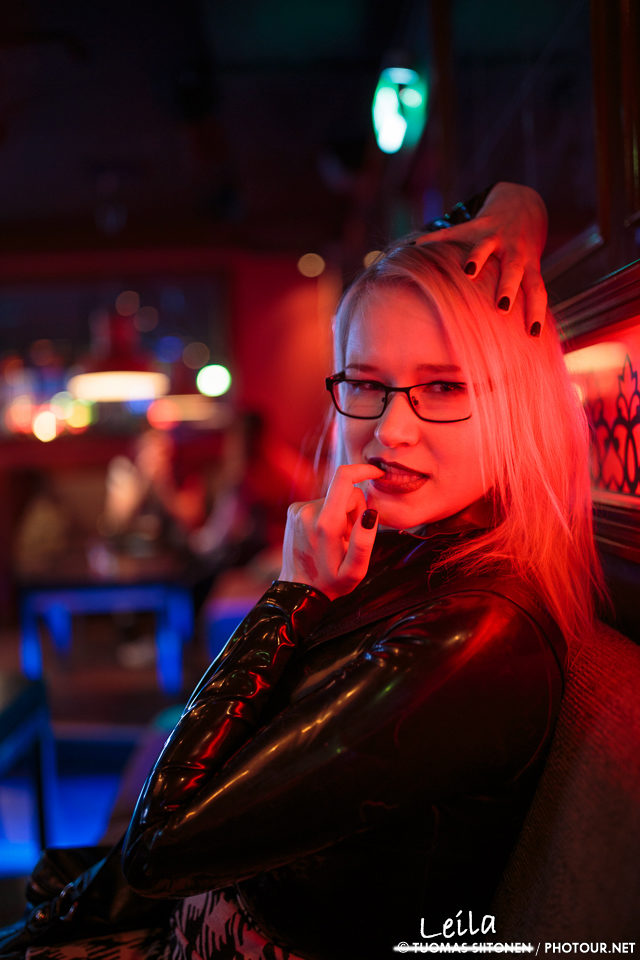 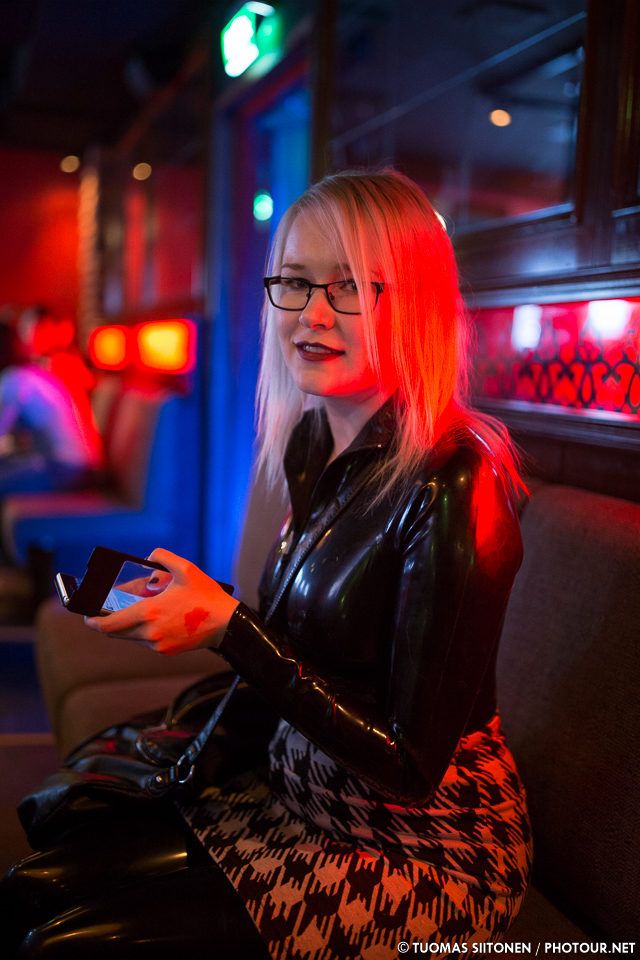 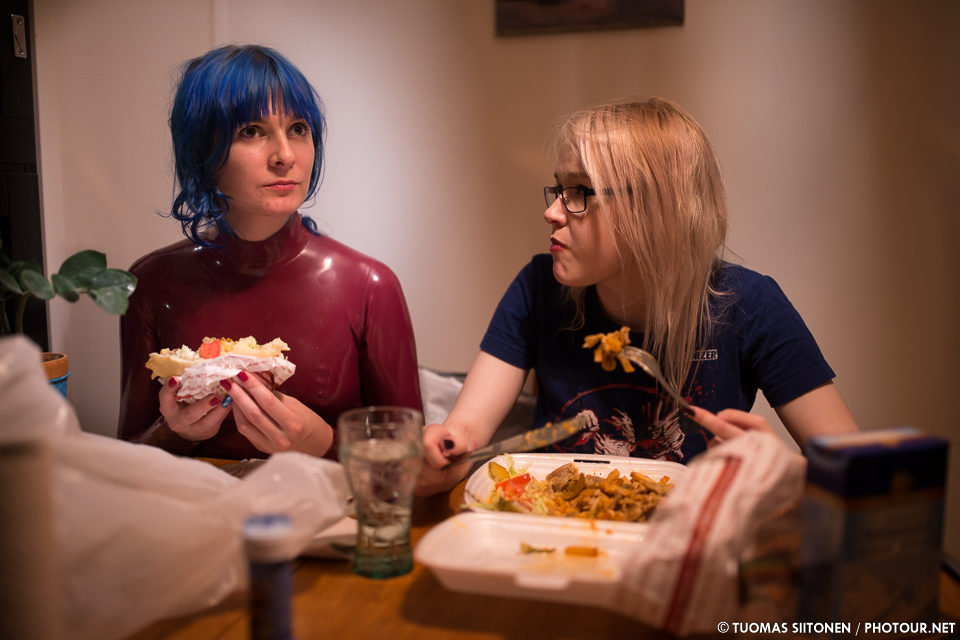 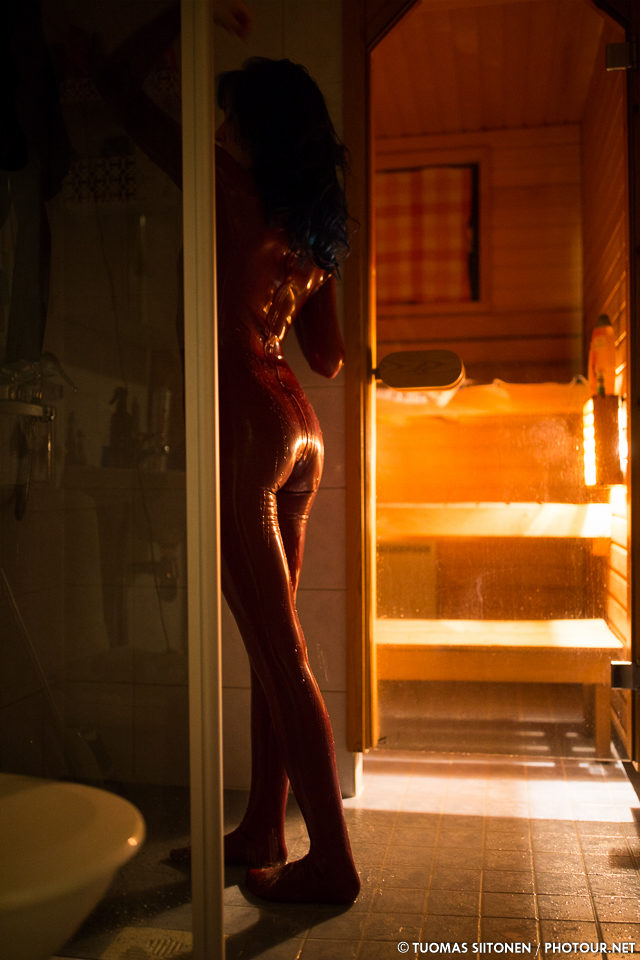 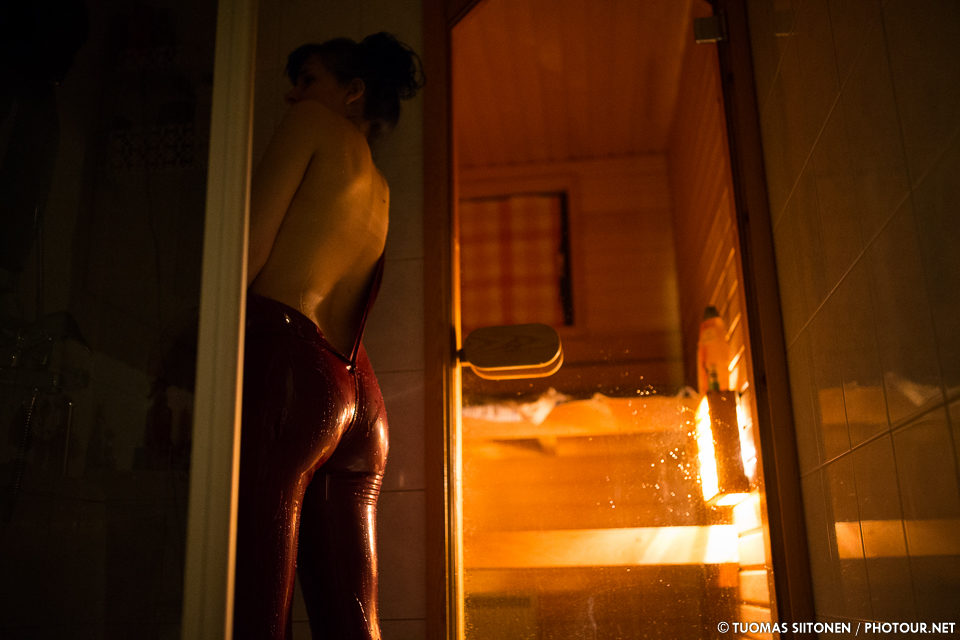