At first I wasn’t even sure whether I’d tag this under Project L, as the style was so different; so much light, little to no bokeh and – gasp – mostly in colour (besides the first photo which is everything like that)! This is due to new members of the family, Elinchrom D-Lite 4 IT and RX. With softboxes.

I have always felt that umbrellas do not really show off latex’s shine as they should, but instead show a round blob in the reflection. Softboxes, in the other hand, are a god’s gift to photographers. Sure, they are usually bloody annoying and slow to set up compared to umbrellas, but I feel that the plain, flat surface of light is much better.

If it weren’t for the model, this photoshoot would’ve been published as a plain “woo I’ve got new lightening equipment, look how the latex shines!”. But she was so natural and plain herself in the outfit, even with the heavy-breathing Brittish S-10 gas mask. It seemed that it was her natural state. And that’s what Project L is about. Life as it is, casual with a taste of shine in it. And no doubt, I will be working with her again.

Check the behind the scenes photos here!

I’ve also planned the next photoshoot to be held during the next weekend. Woo! I’m an active blogger! Ish. 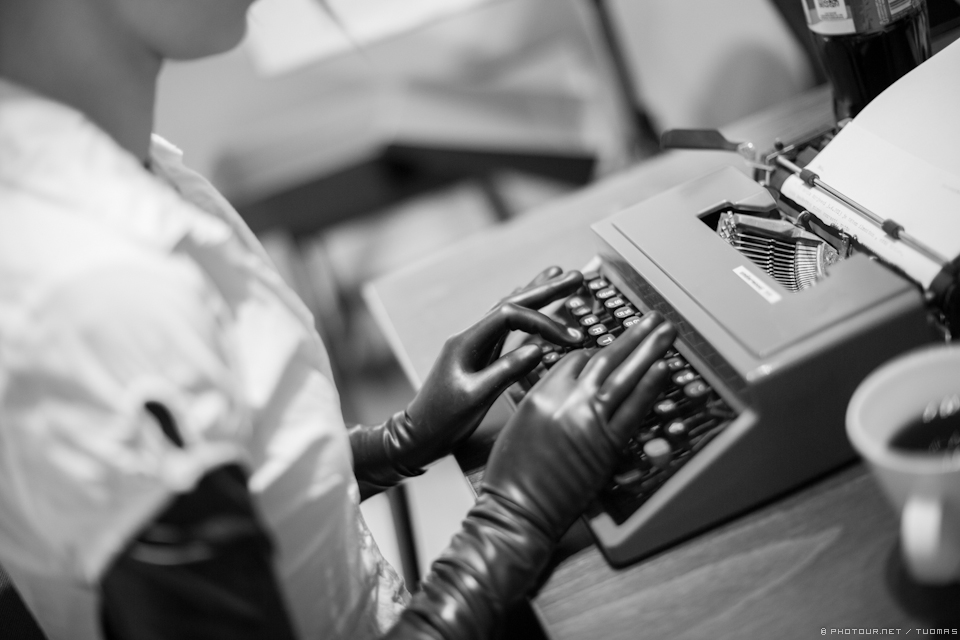 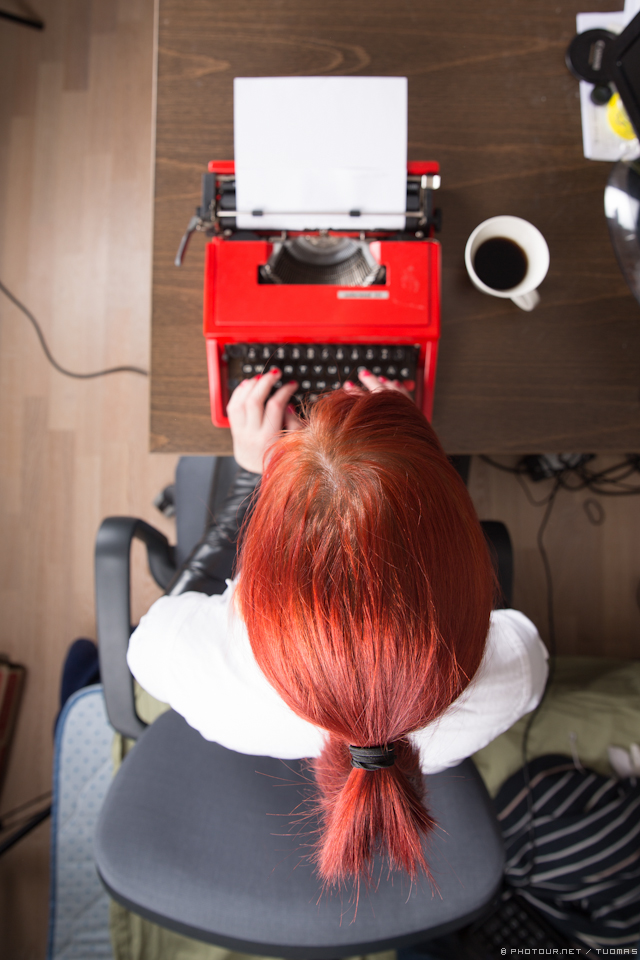 That’s actually Coca-Cola in the cup. 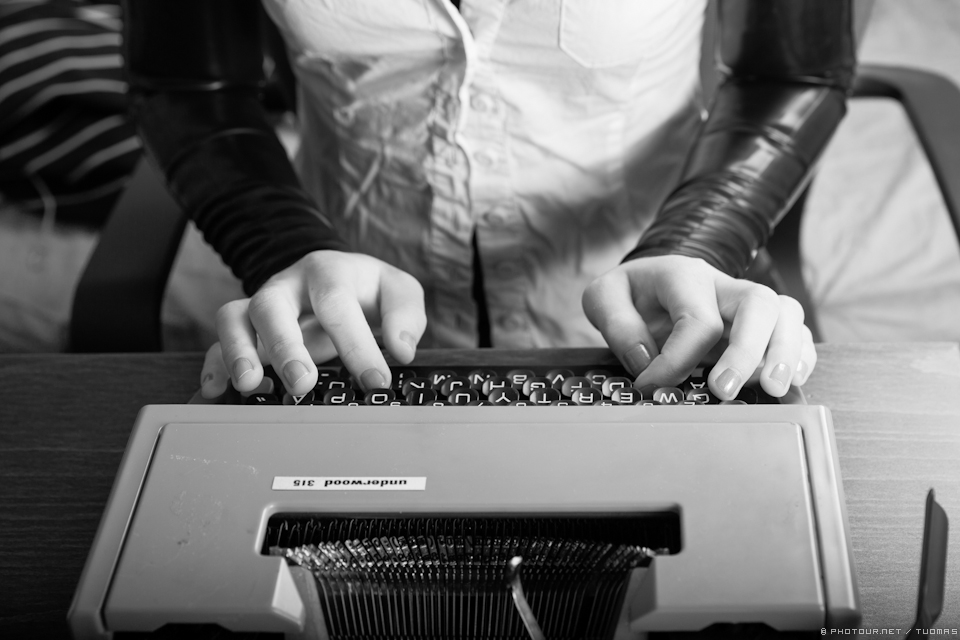 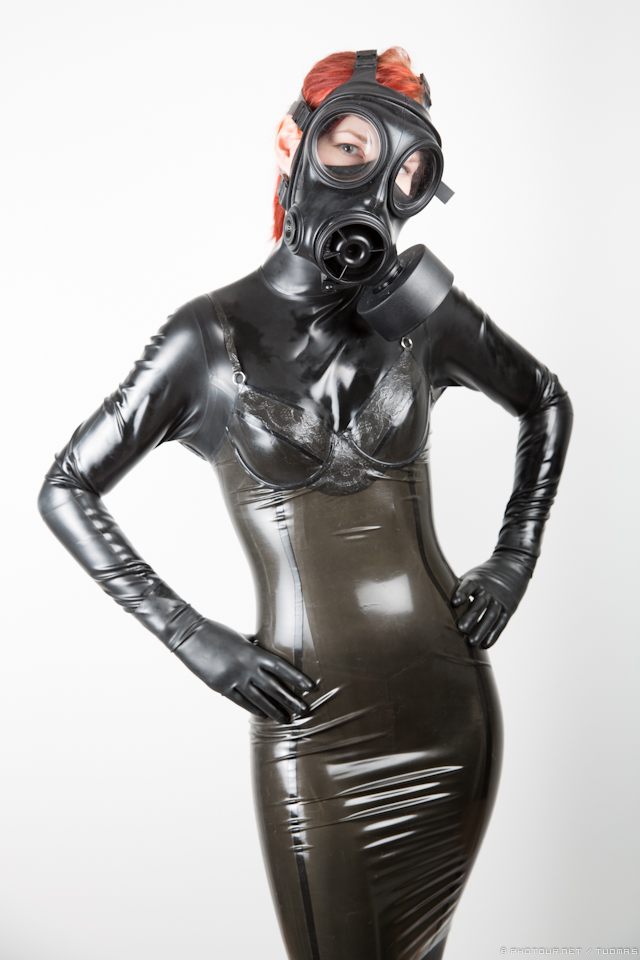 The dress has been generously borrowed by Latex by Tiina Rikala. 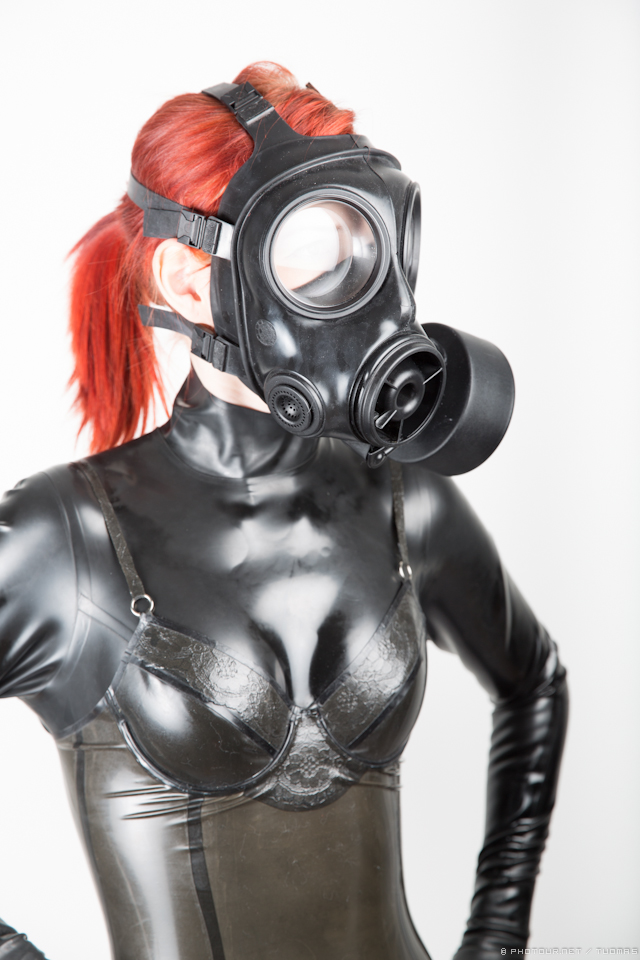 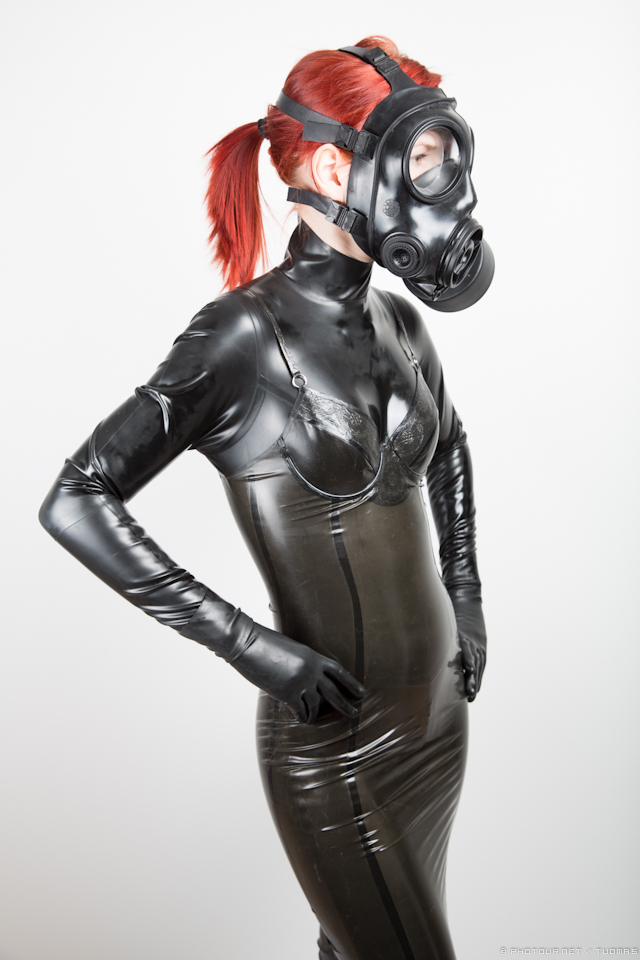 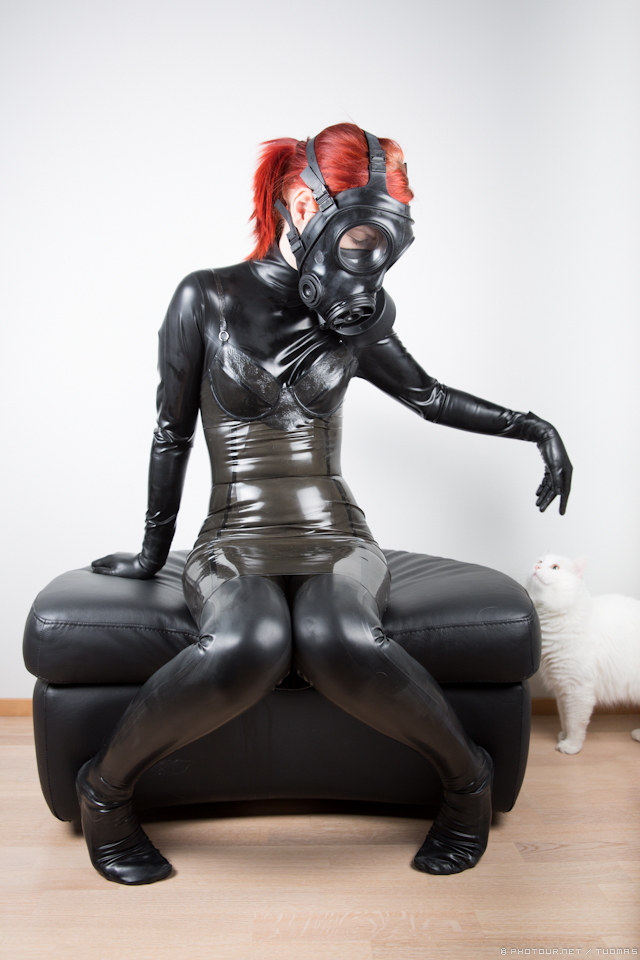 When there are cats – which are shedding their fur – on the house, you’re gonna have a bad time! We did a lot of polishing. And now we’re out of shining stuff. 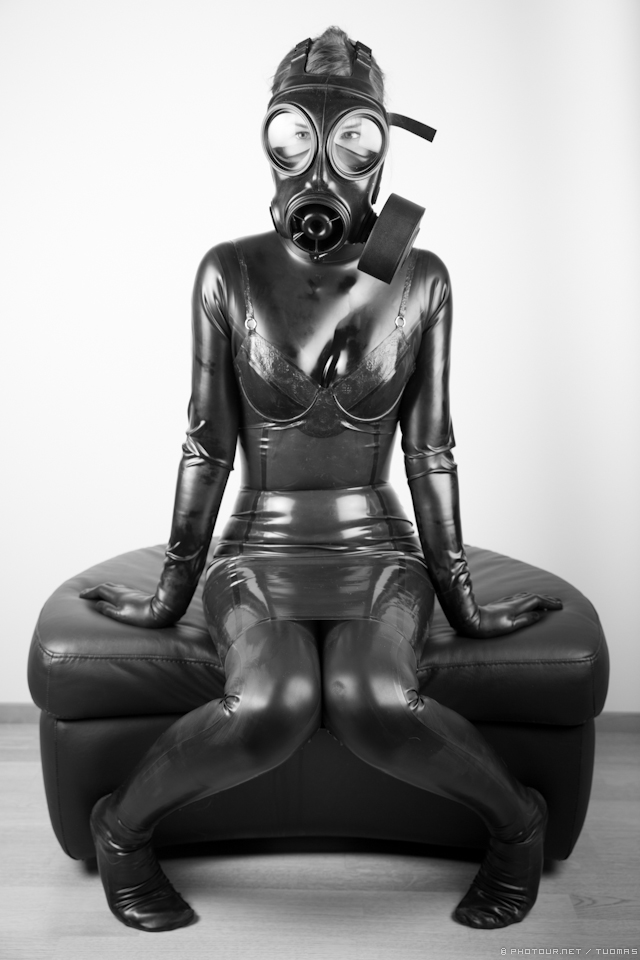 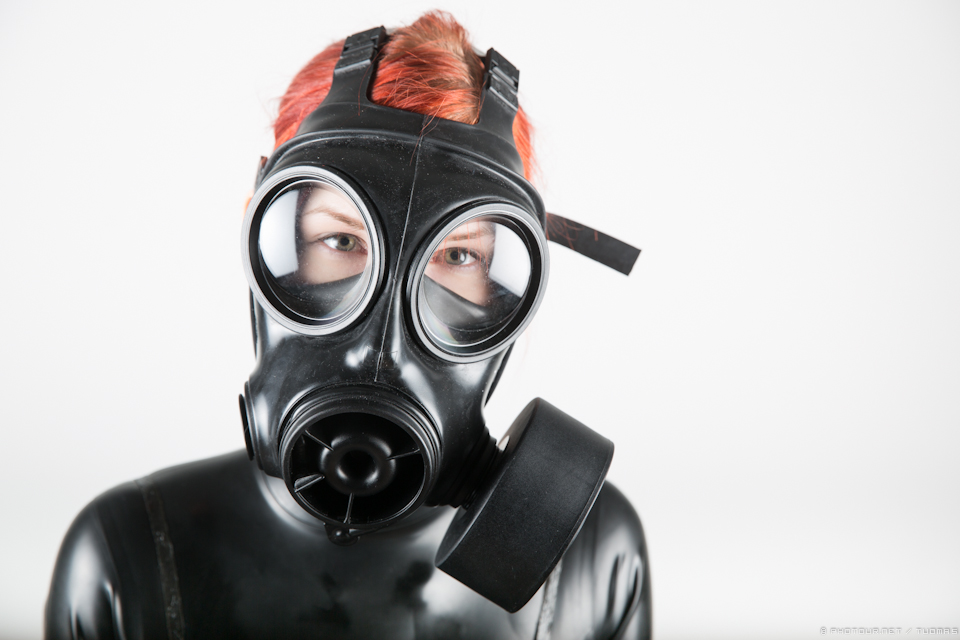 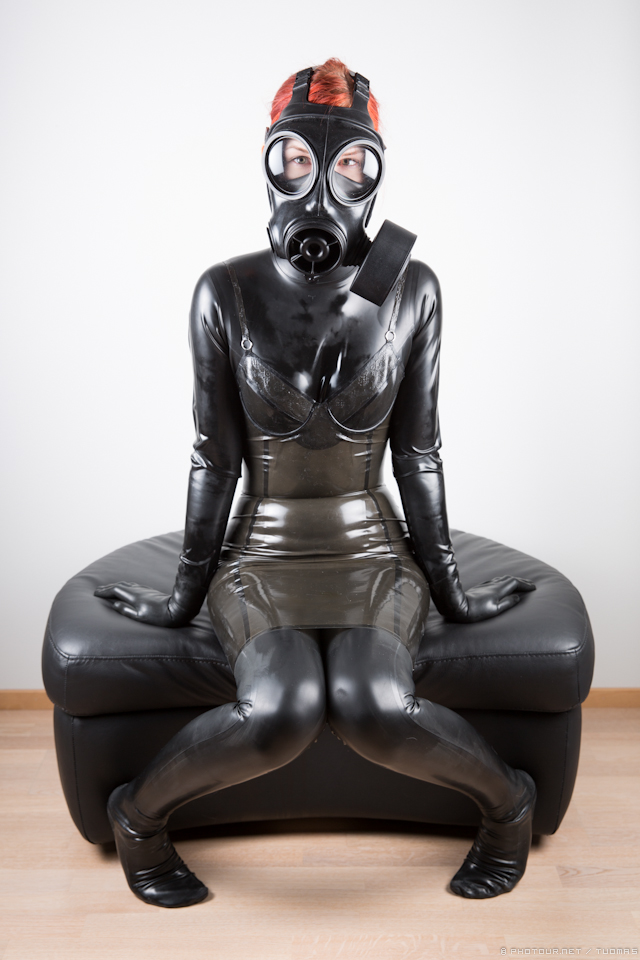 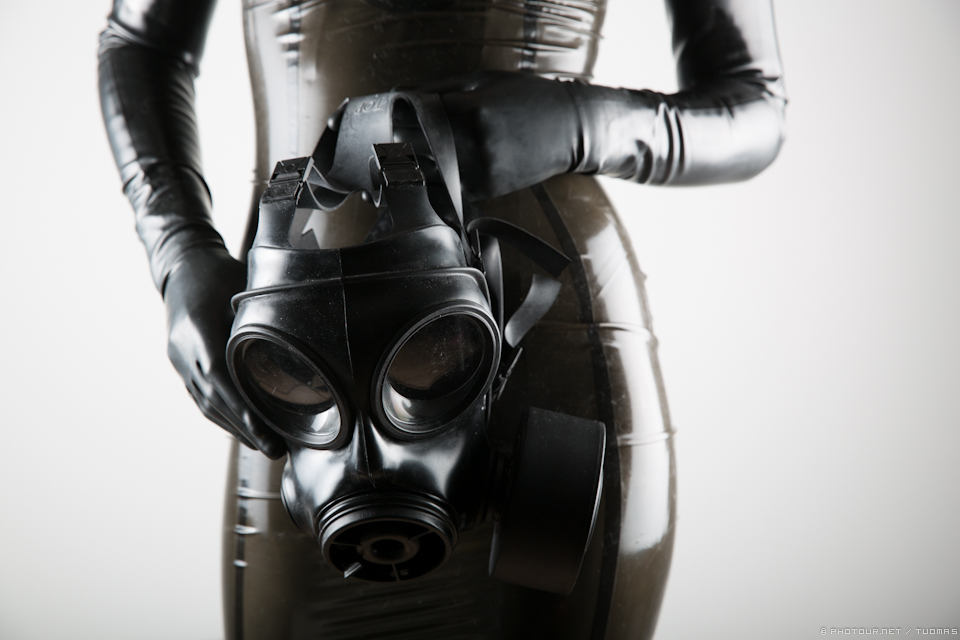 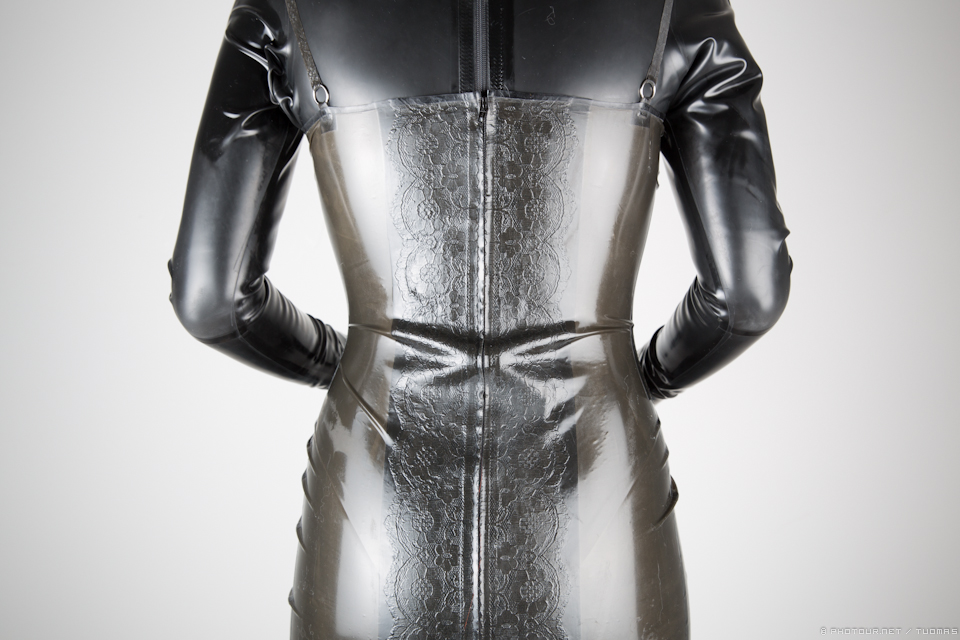 Dress by Latex by Tiina Rikala, showing how lace laminated by latex looks like.