Could you ever believe it? A Project L that actually followed its plan exactly, from the beginning to the end. And, obviously, this plan was not made by me, but Miia, who’s more accustomed to traveling in Helsinki via its public transportation system. (Which, by the way, is in so many ways superior of Malta’s public transportation…)

We started off with a hassle of deciding which suit to put on – and managed to break one, a well-worn black catsuit that’s been worn so damn many times and hasn’t been taken care of in years either… So we chose the metallic green neck-entry catsuit by Fantastic Rubber instead. Again.

We took the train and headed right into Helsinki’s centre, grabbed some sushi. After we had filled our bellies with raw fish, our next stop was Helsinki Psych Fest, which was covered in very psychedelic-looking lights and featured some even more psychedelic sounds and shows by various artists.

To our surprise the event was not fully booked by any standards, but the evening was young. I was happy to realise that the ultraviolet lighting combined with the venue’s psychedelic pieces of art actually captured rather decent-looking images on the camera’s sensor. I mean, it could’ve worked a lot better, too, but you can’t always get what you want in life.

Afterwards we headed off to visit Miia’s friend’s birthday party briefly. The friend was quite surprised, to say the least, to seeing an old friend wearing a full-body latex suit at his birthday party.

The weather was quite nice, actually! It was around -2 degrees Celsius, which was rather perfect to shoot latex in – when wearing a winter jacket covering the suit.

We captured quite a lot of video, too, so this time I should have a behind the scenes video available with a vlog!

Also remember that if you pledge $5 or more at Project L’s Patreon, you get access to high-resolution images and plenty of behind the scenes material, posts, images and even uncut videos! 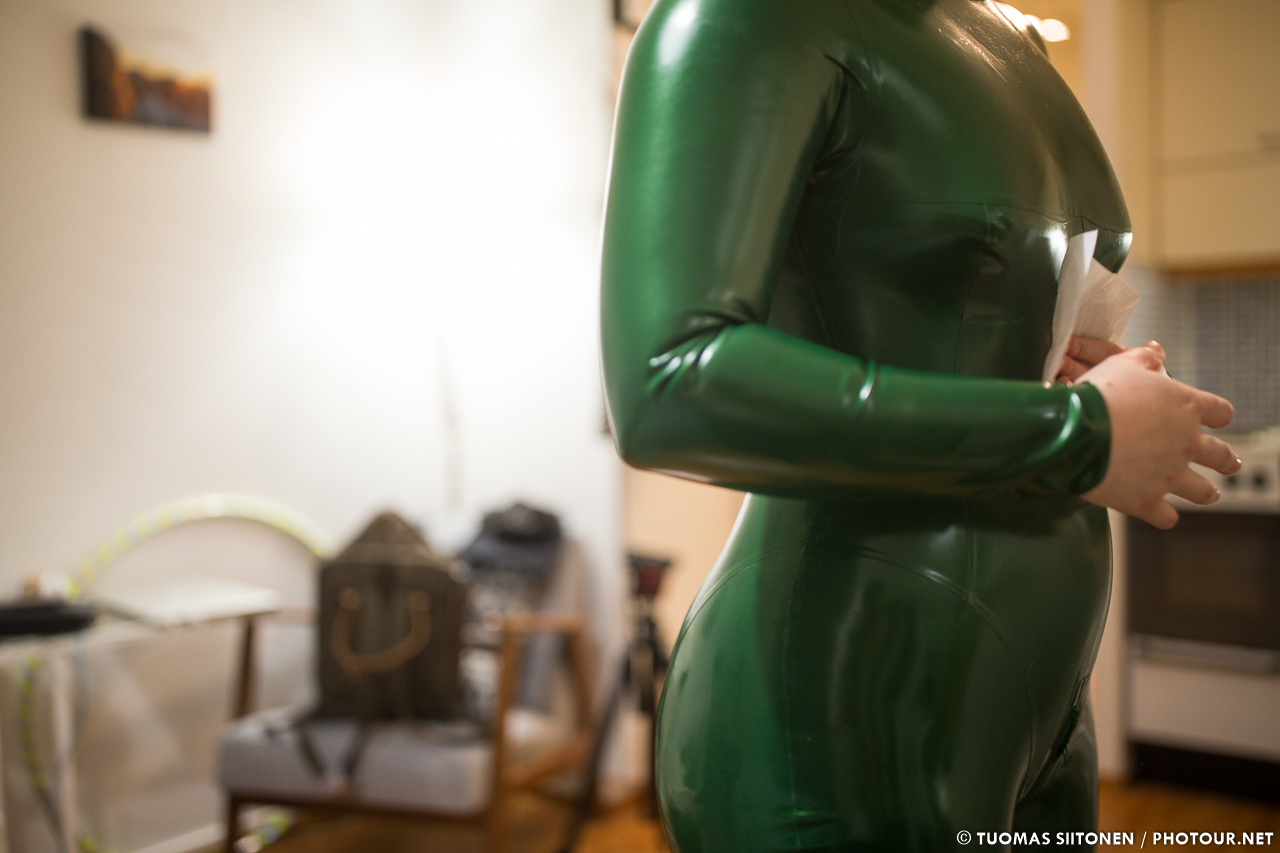 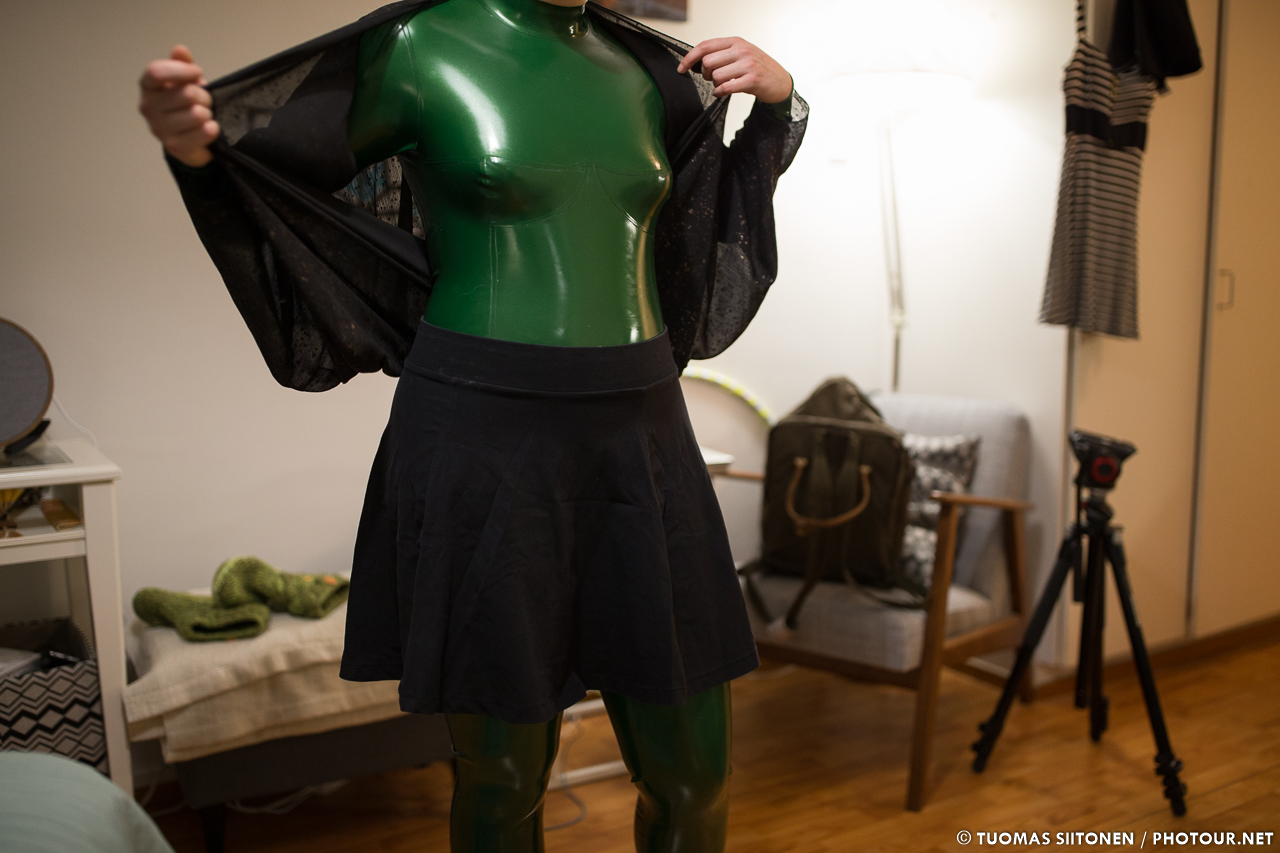 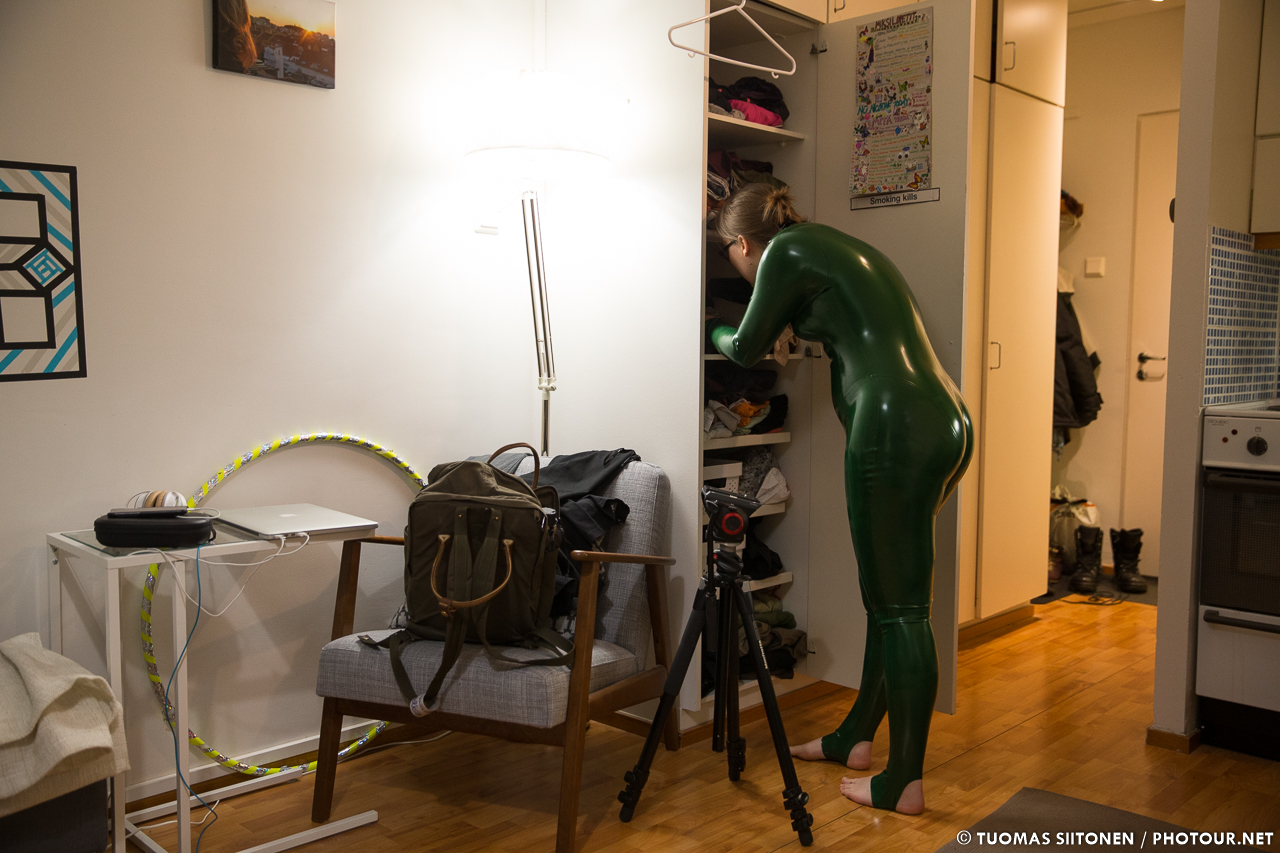 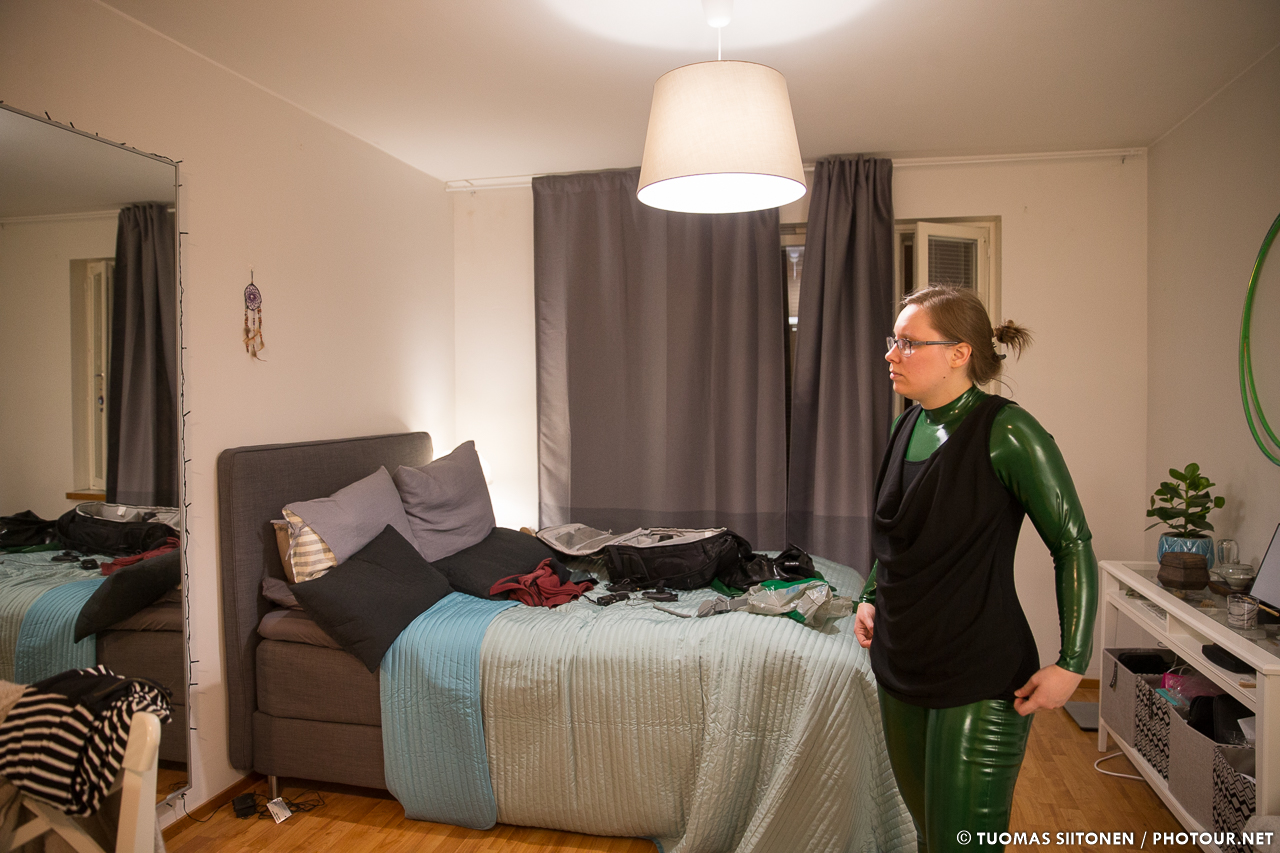 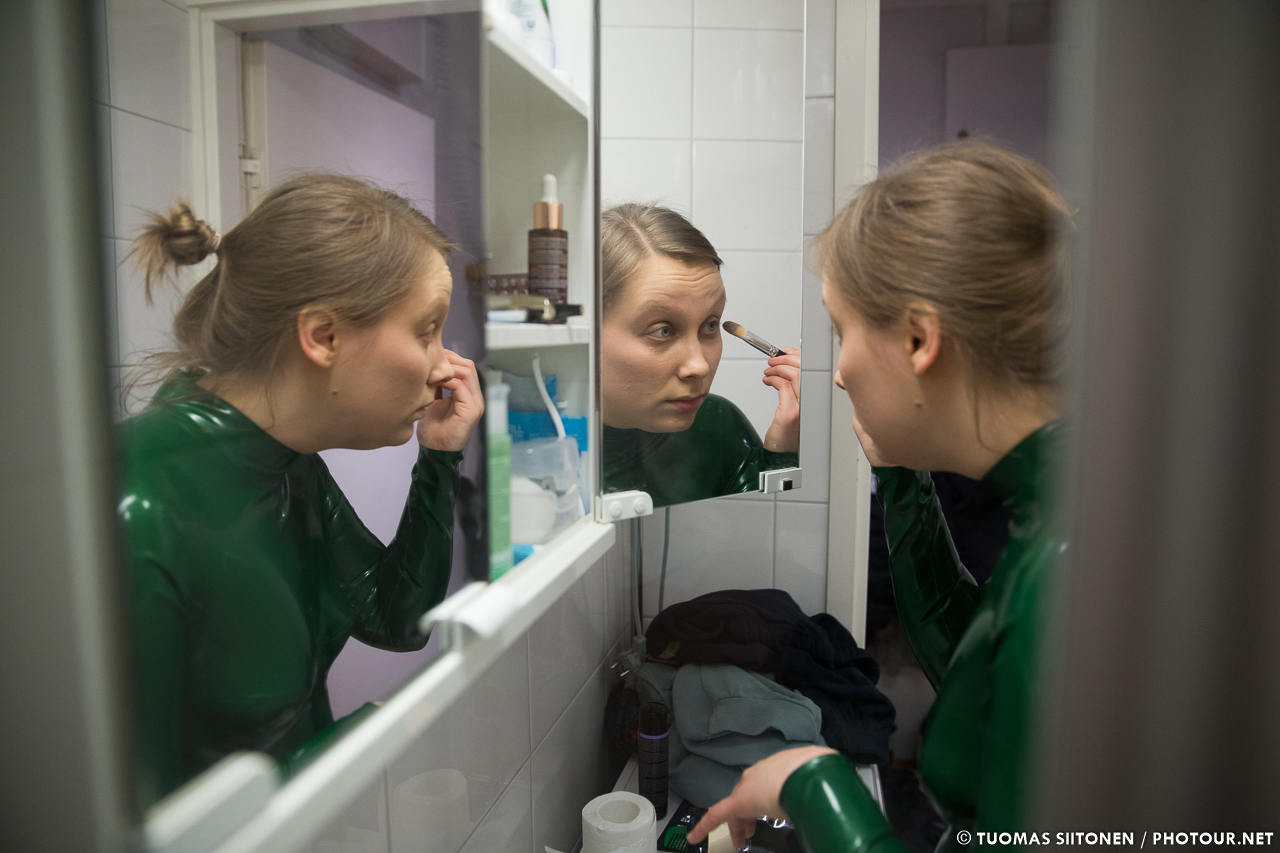 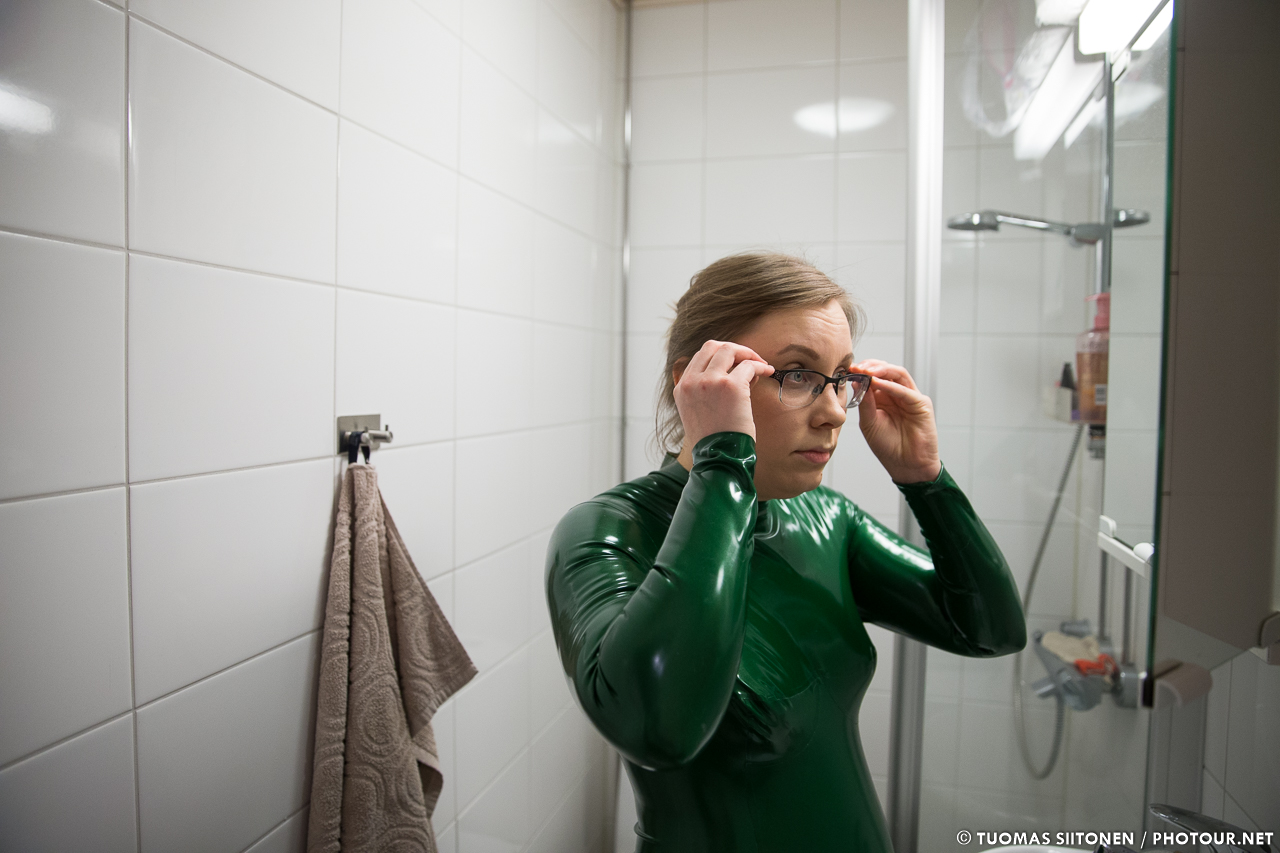 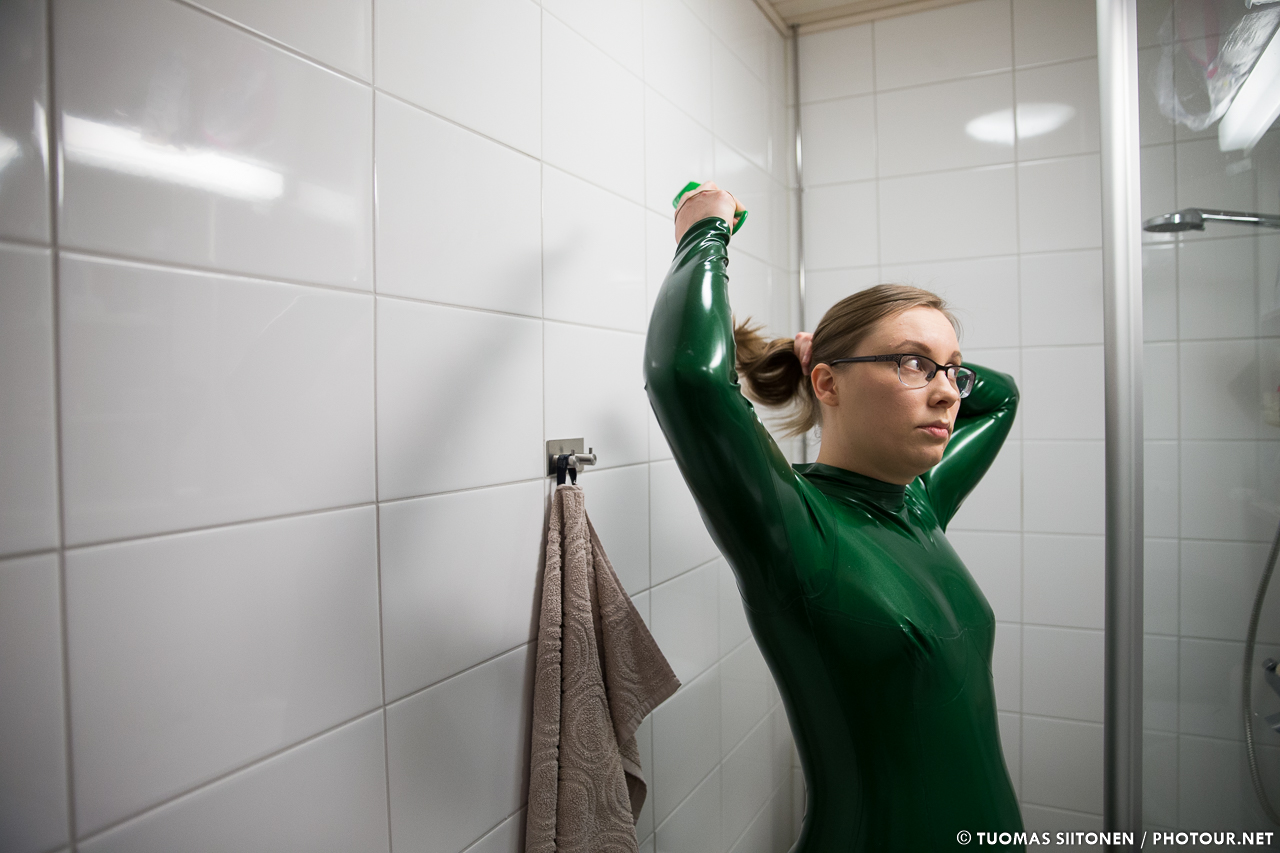 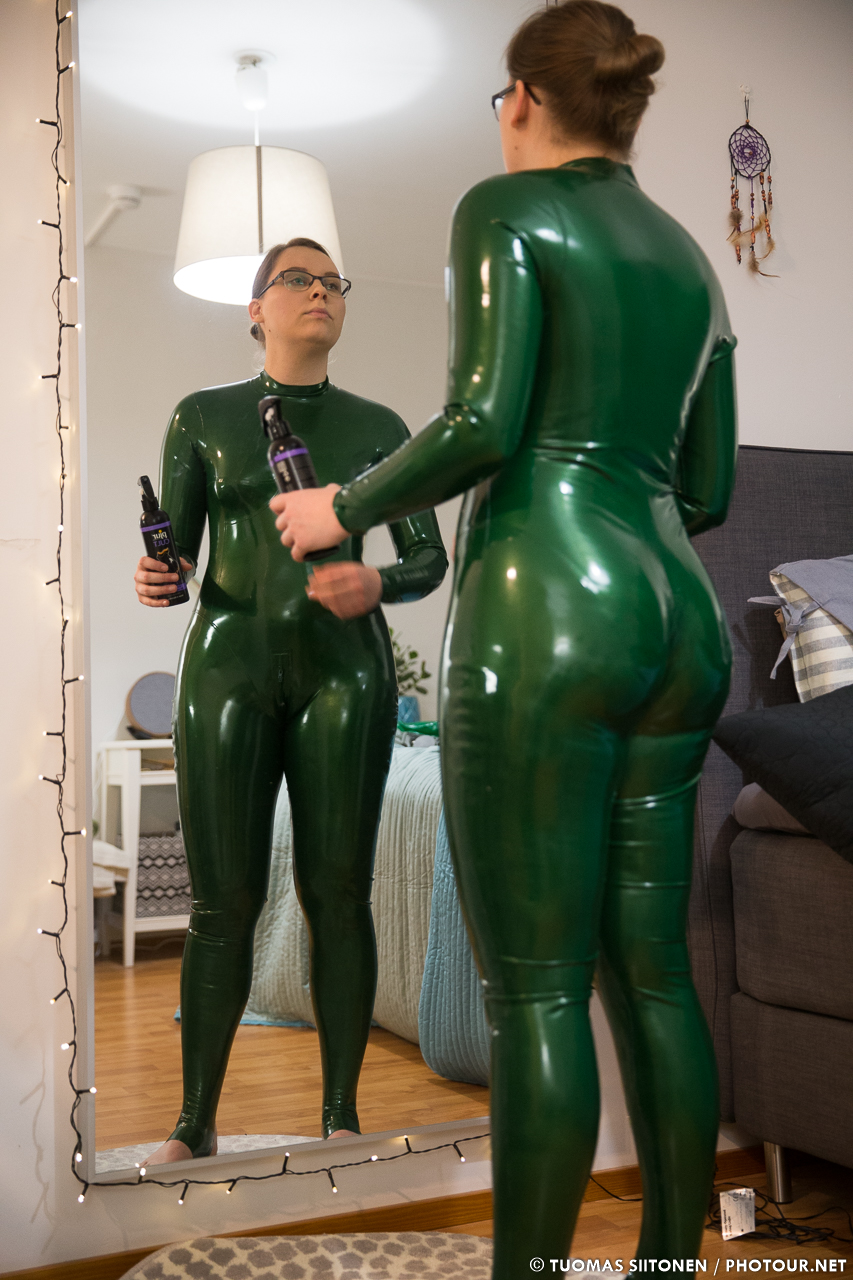 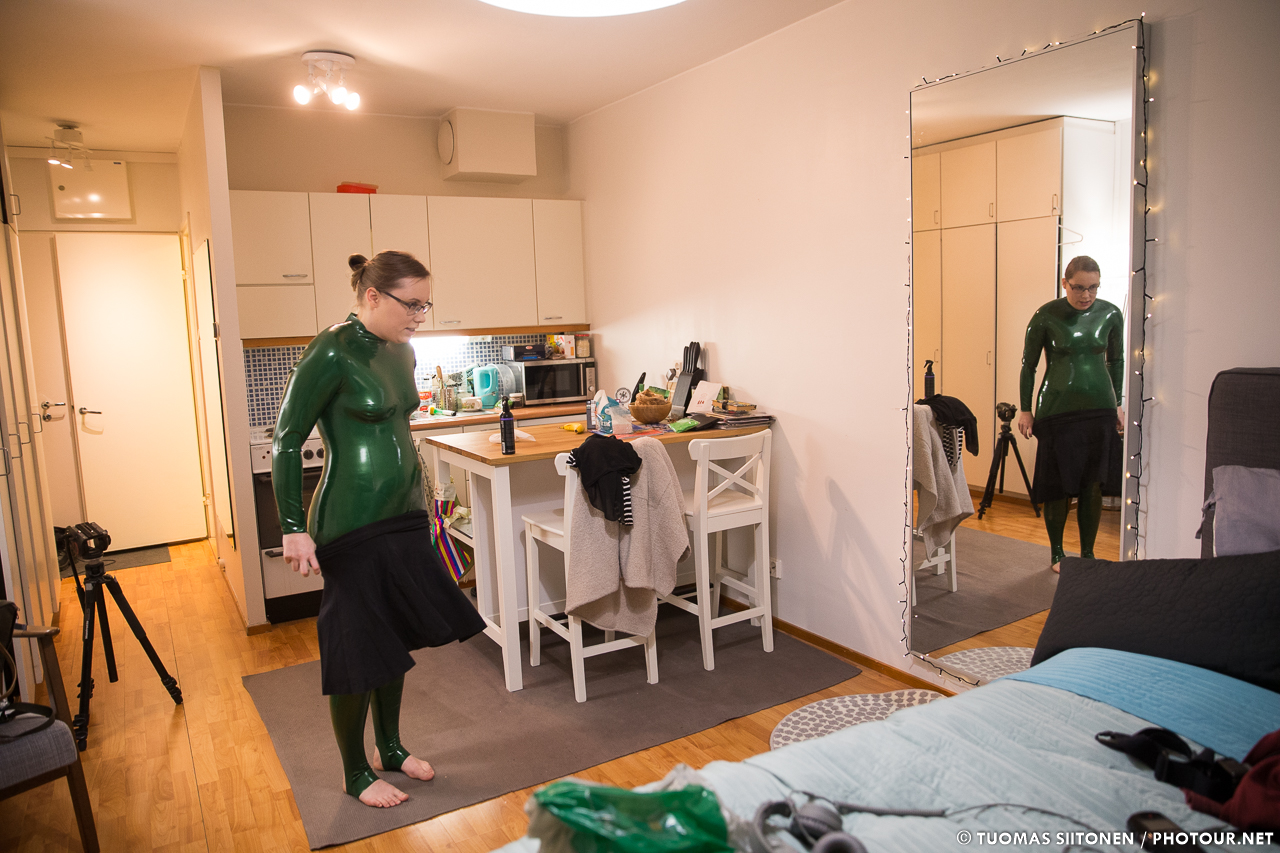 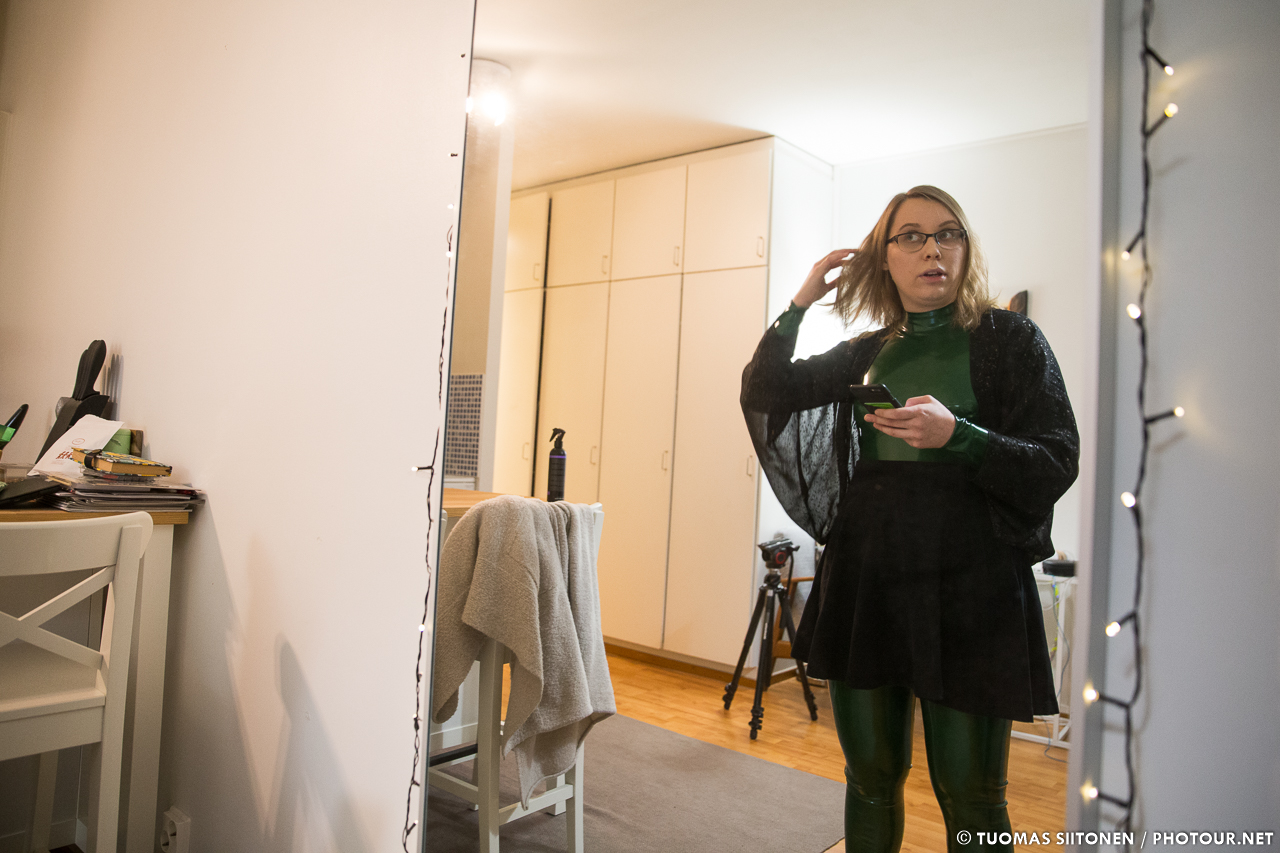 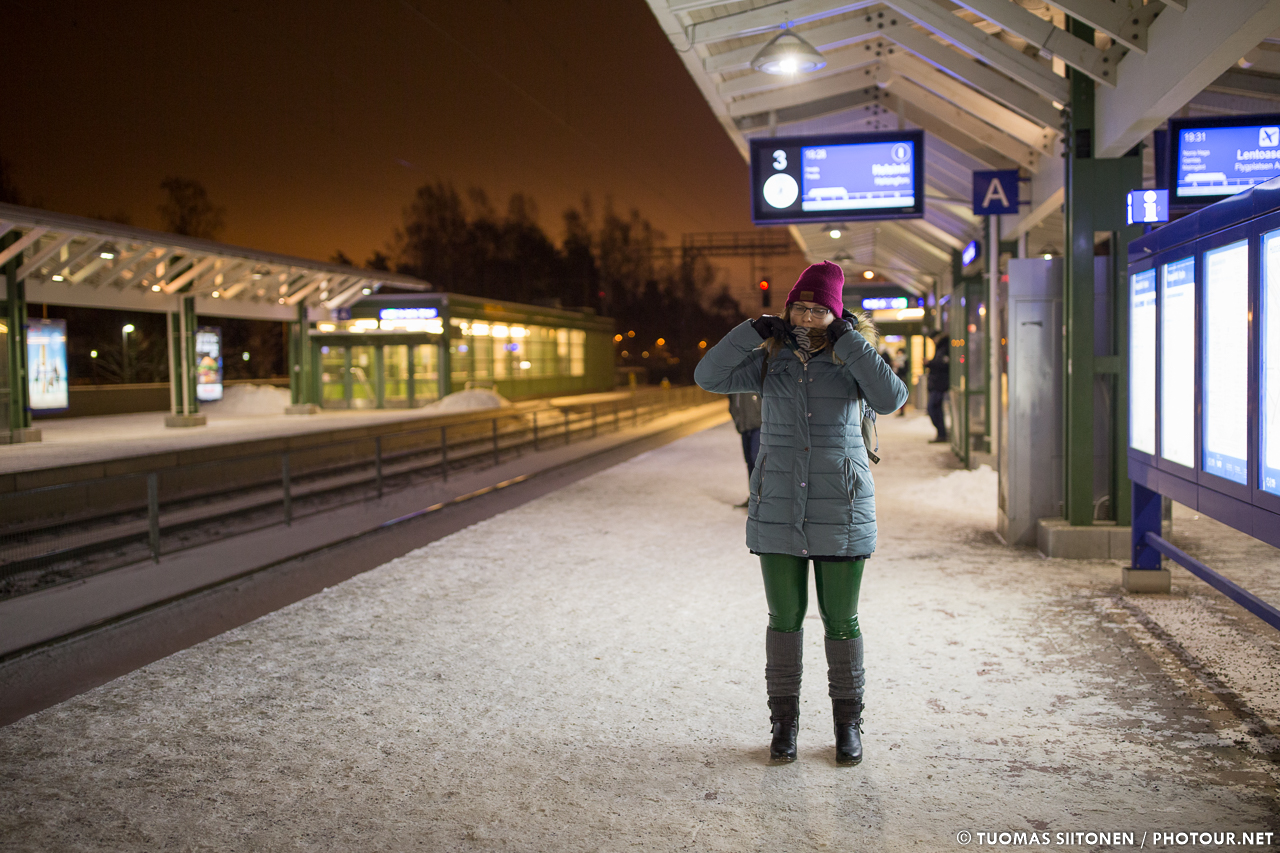 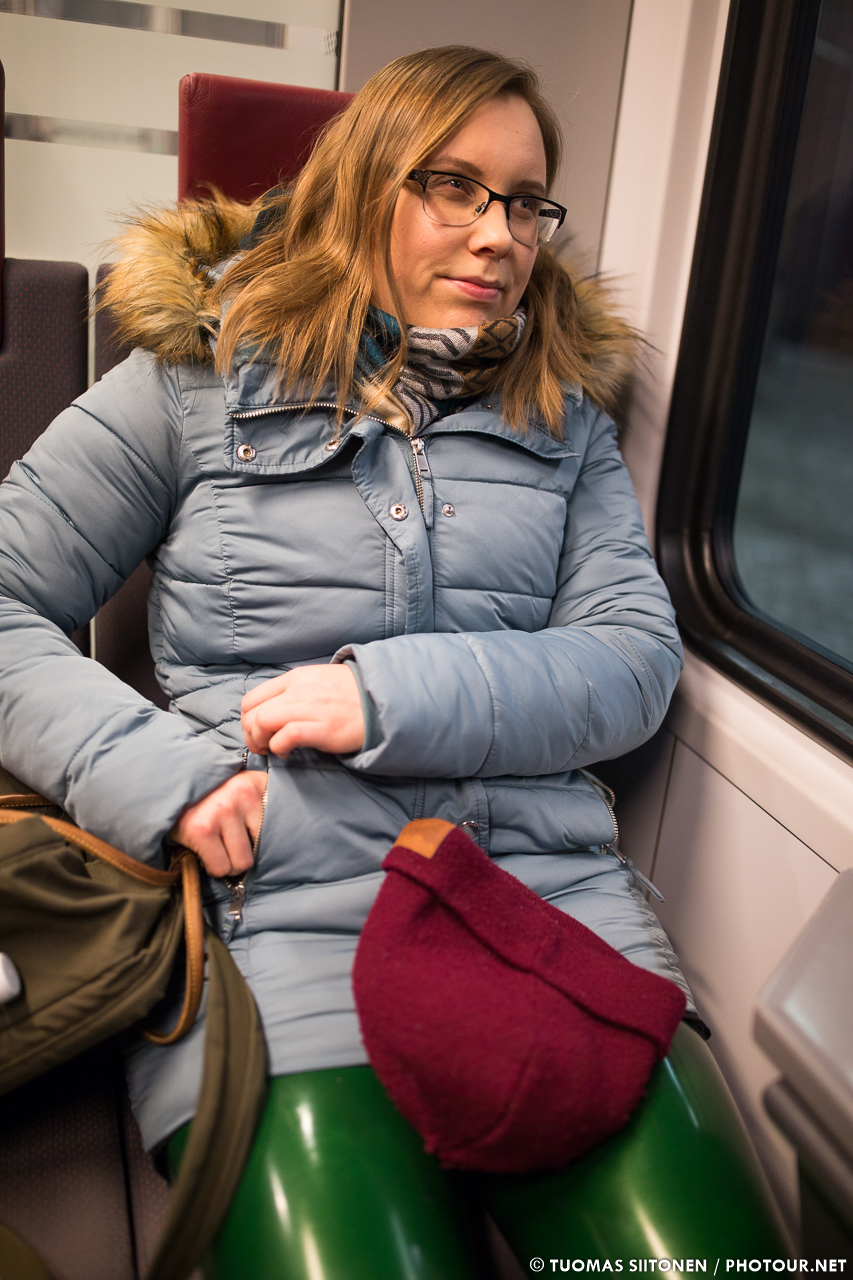 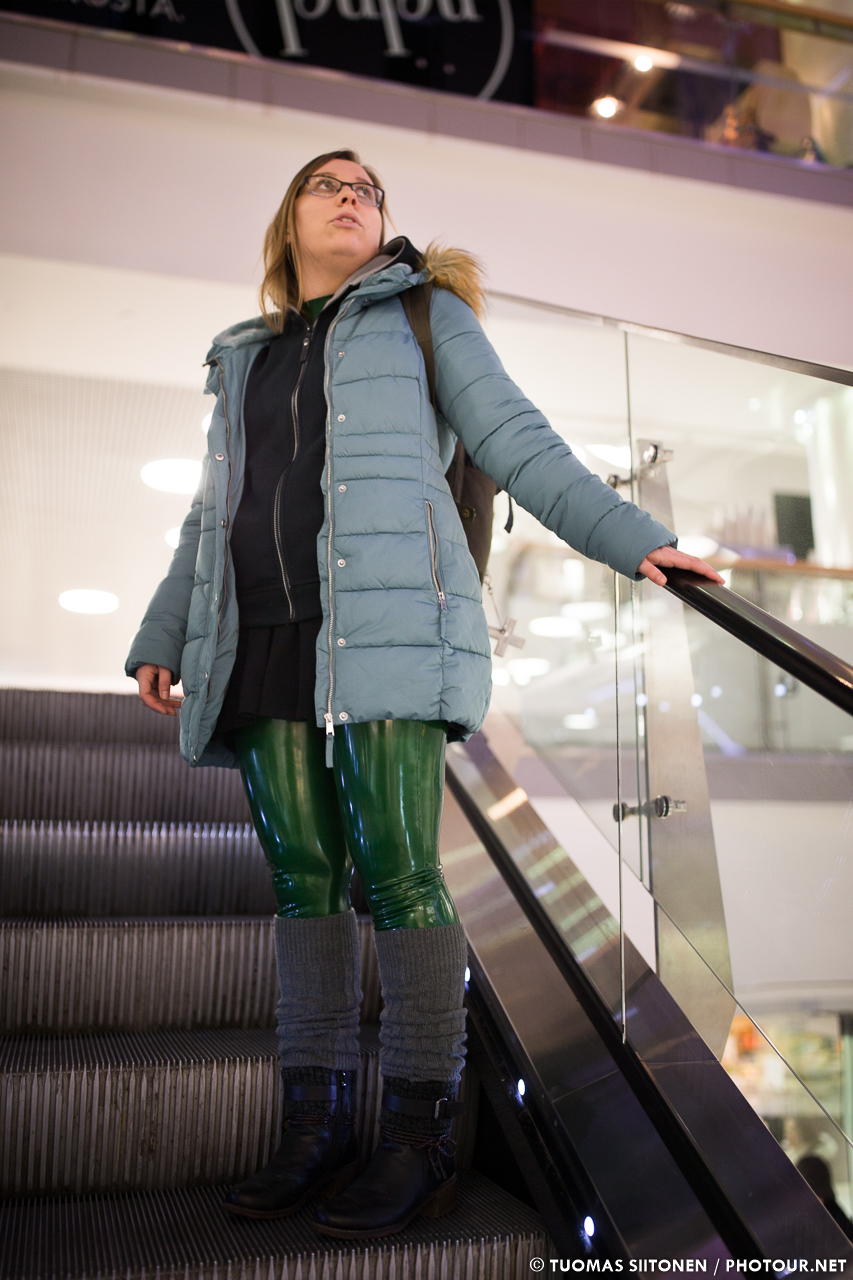 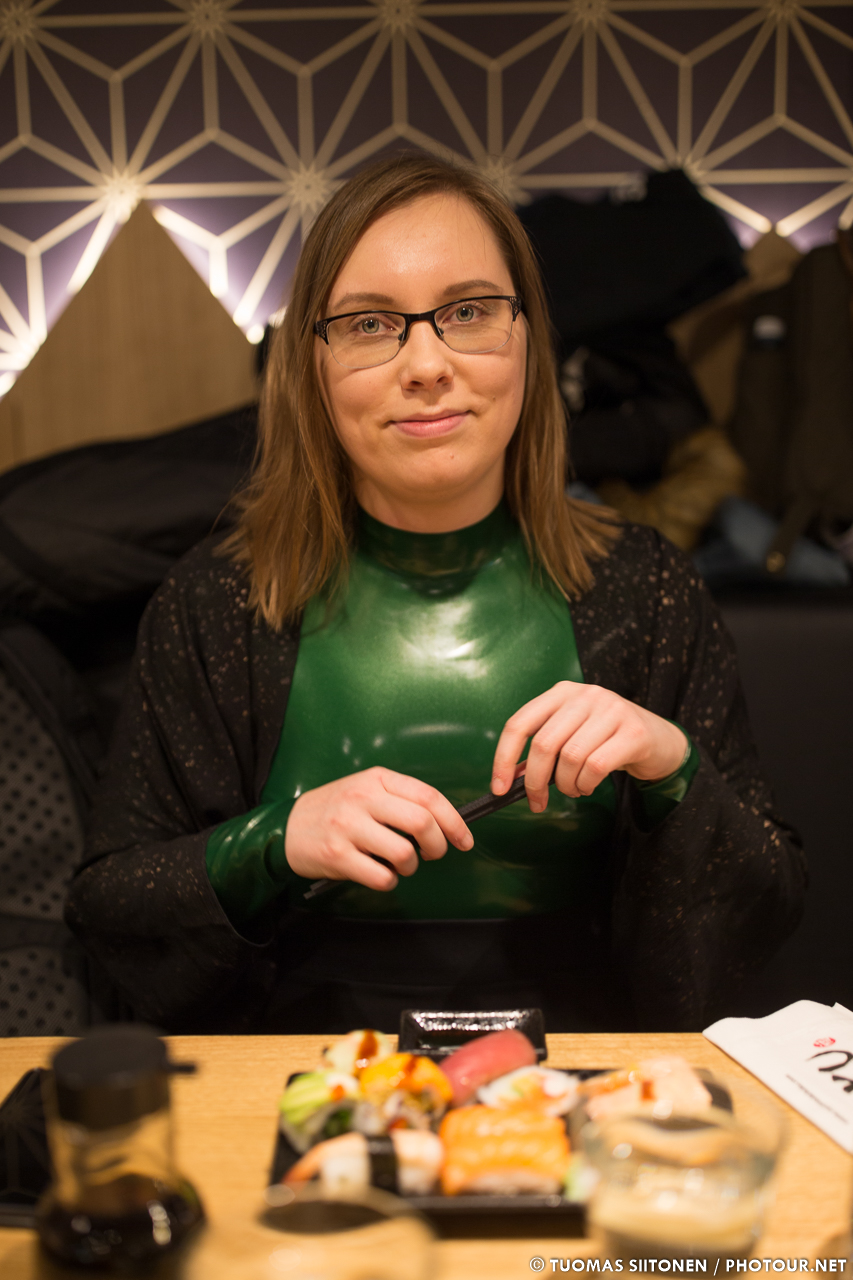 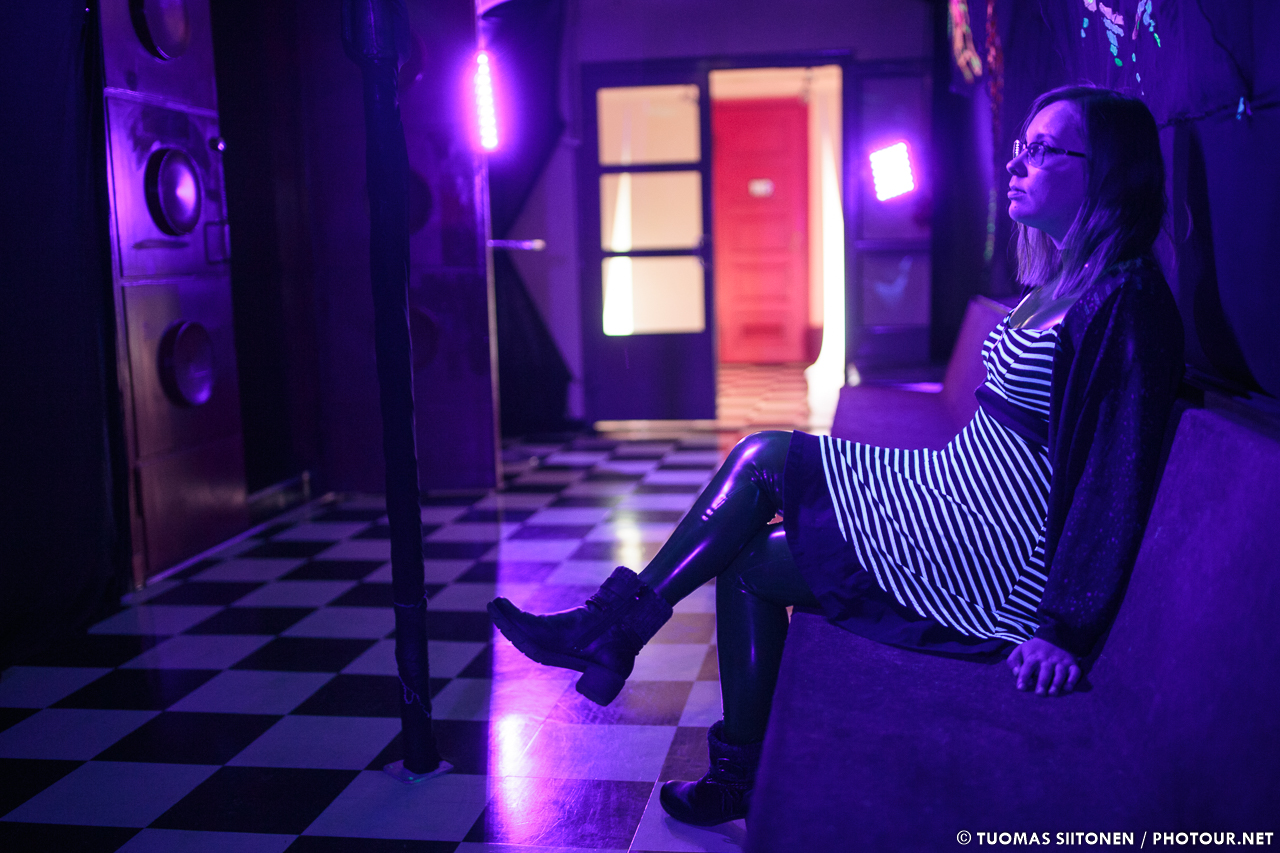 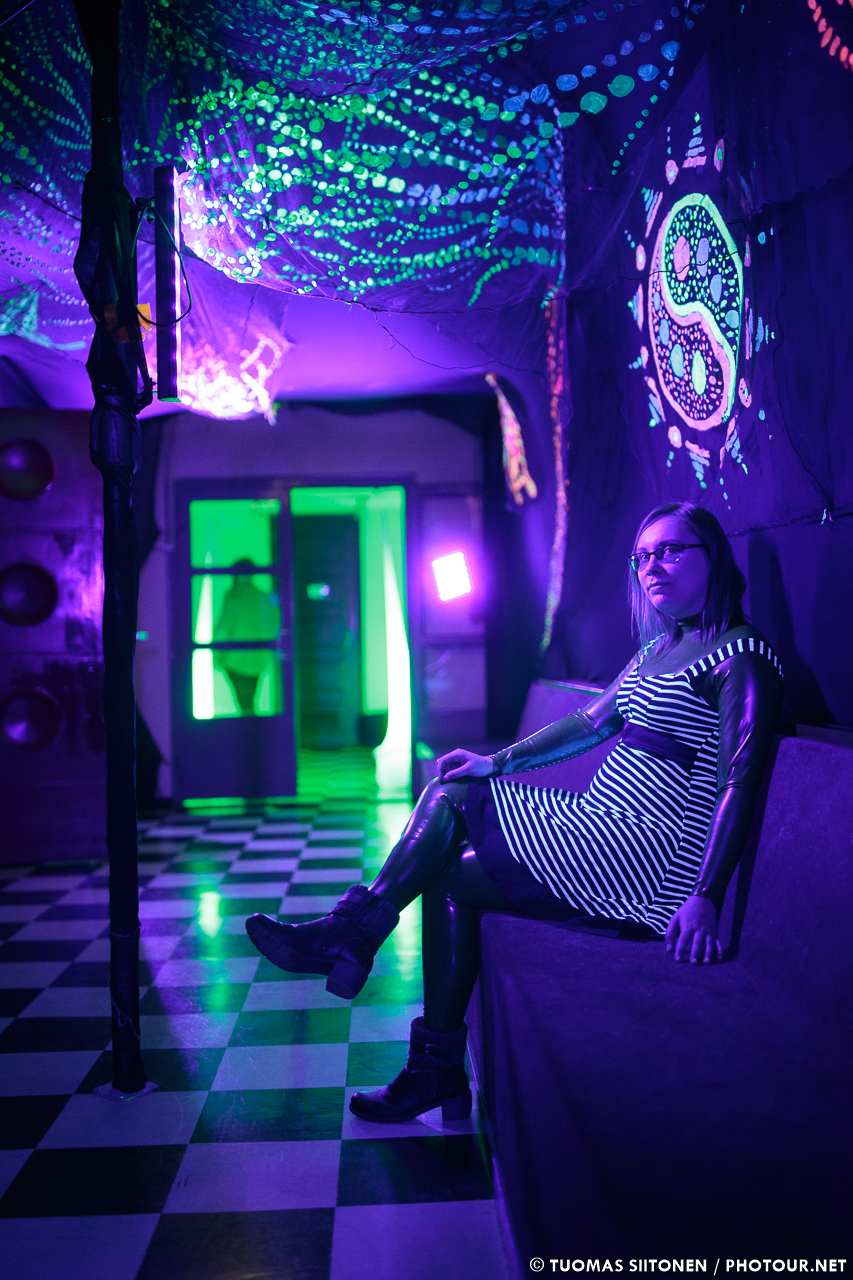 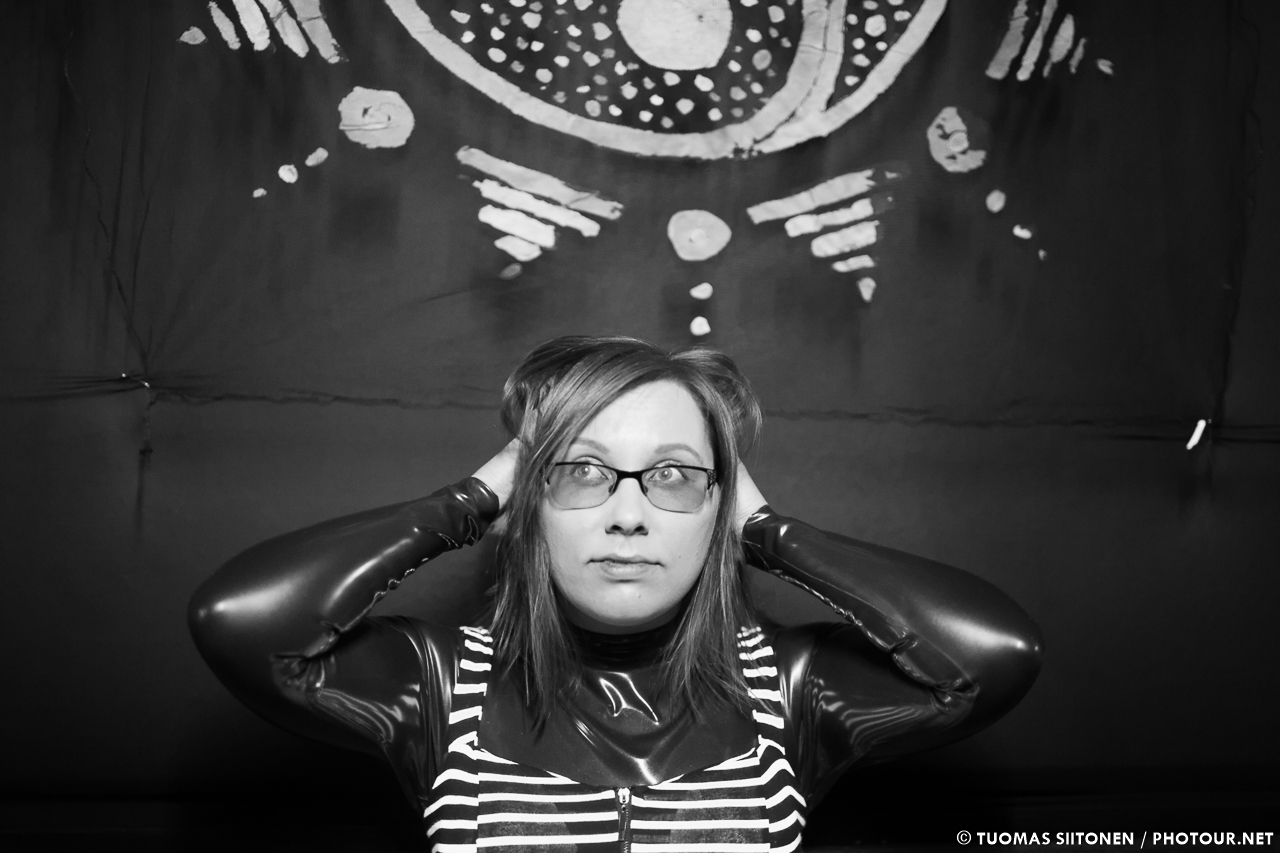 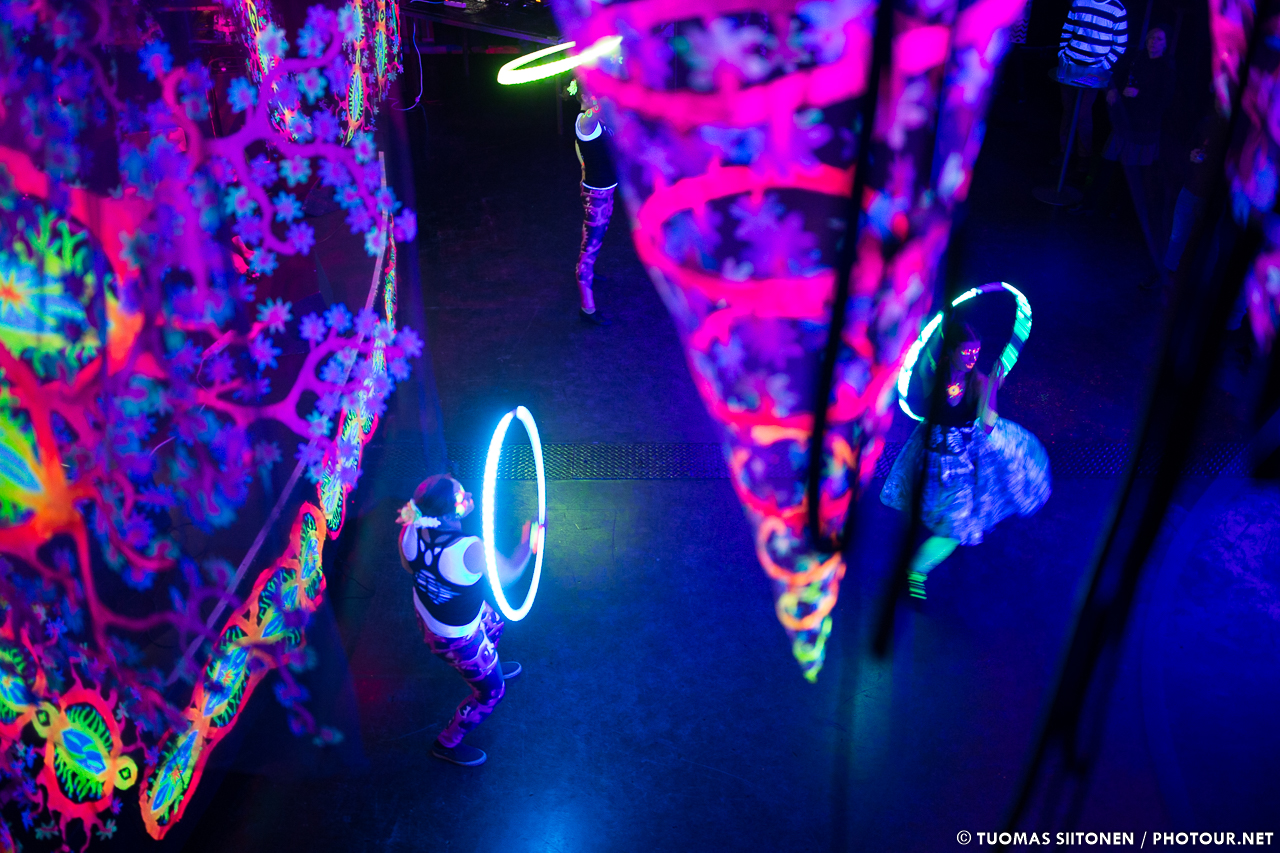 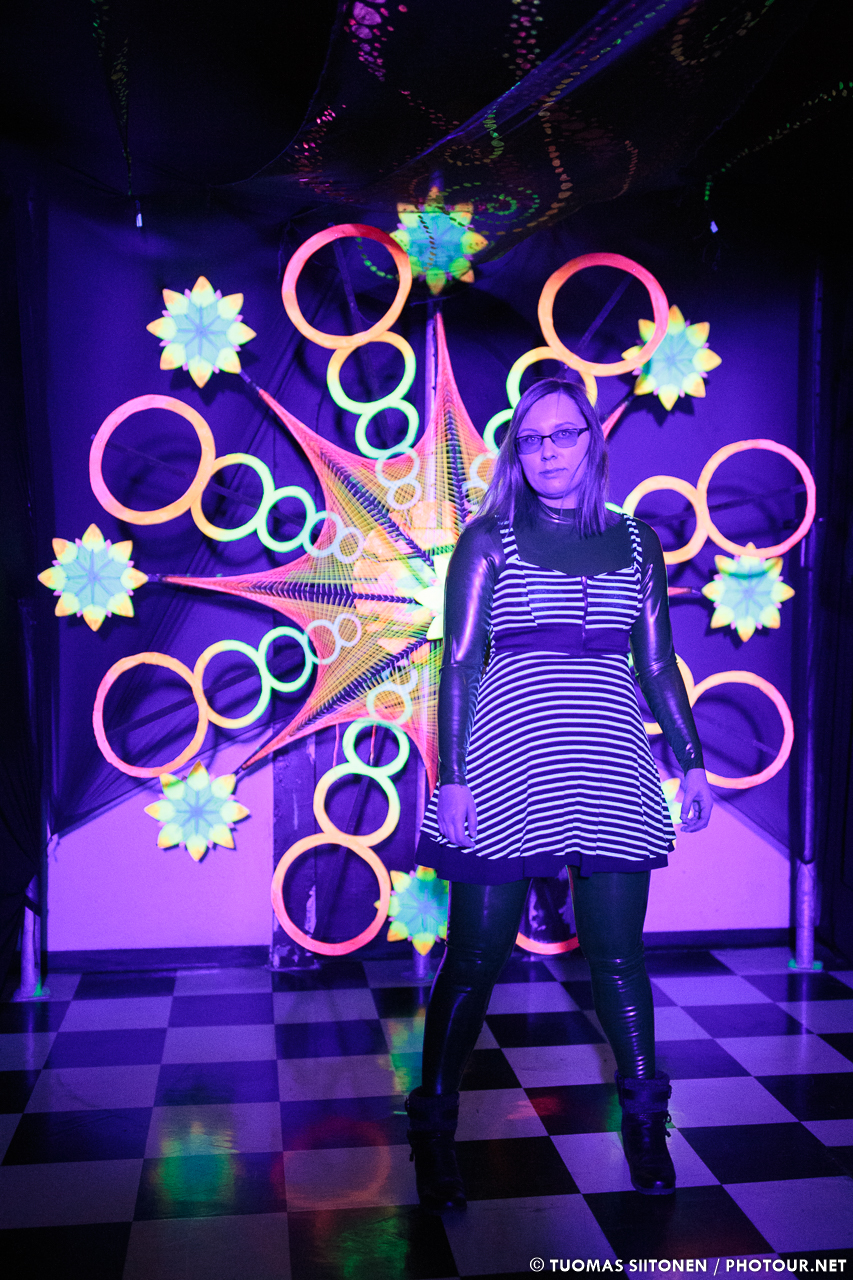 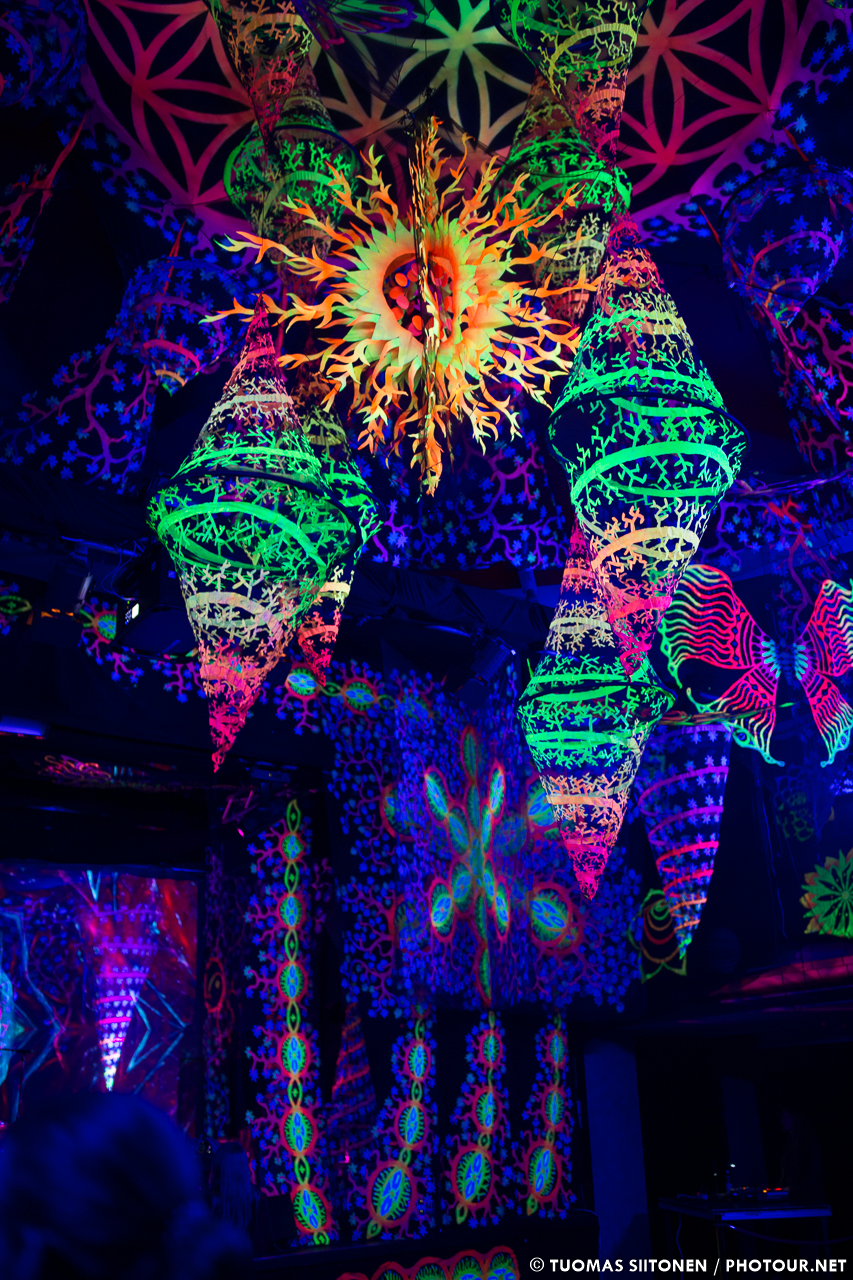 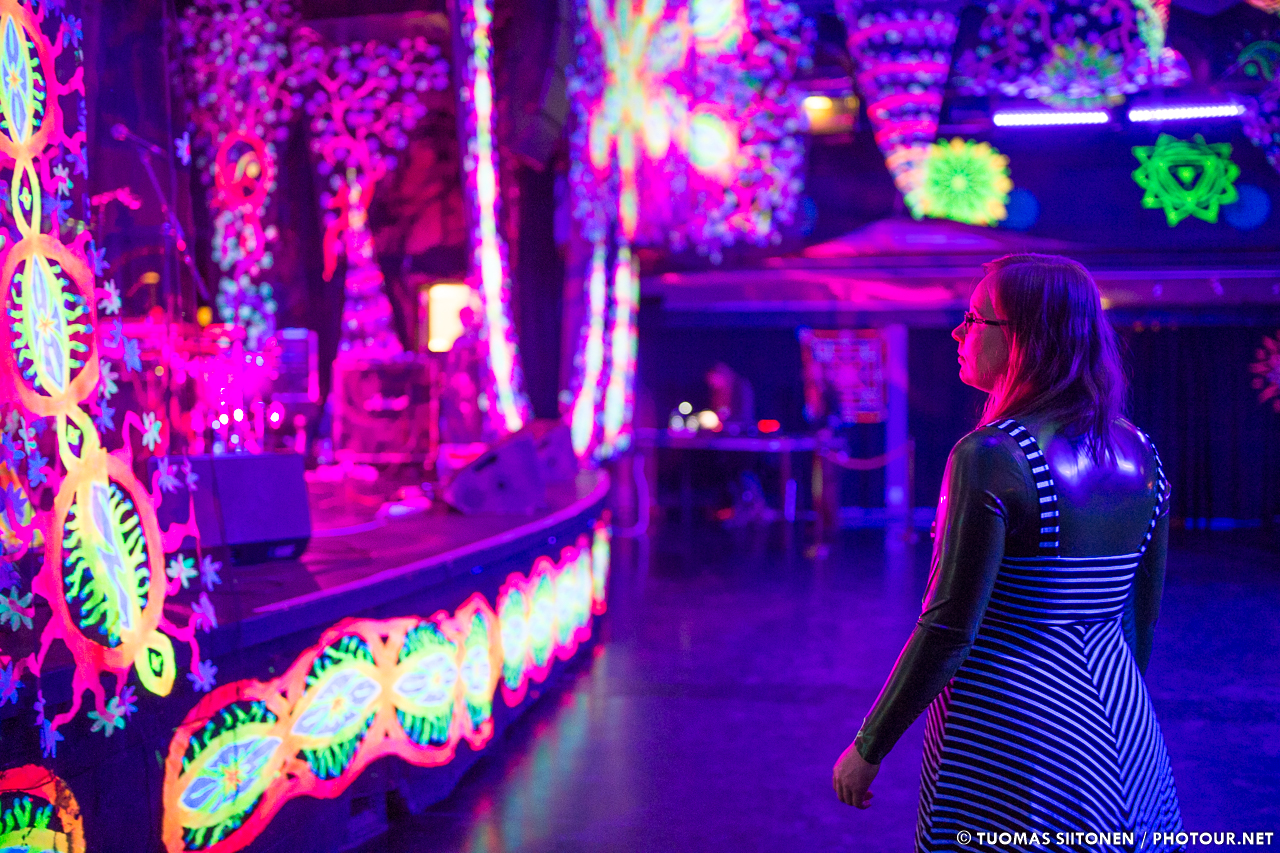 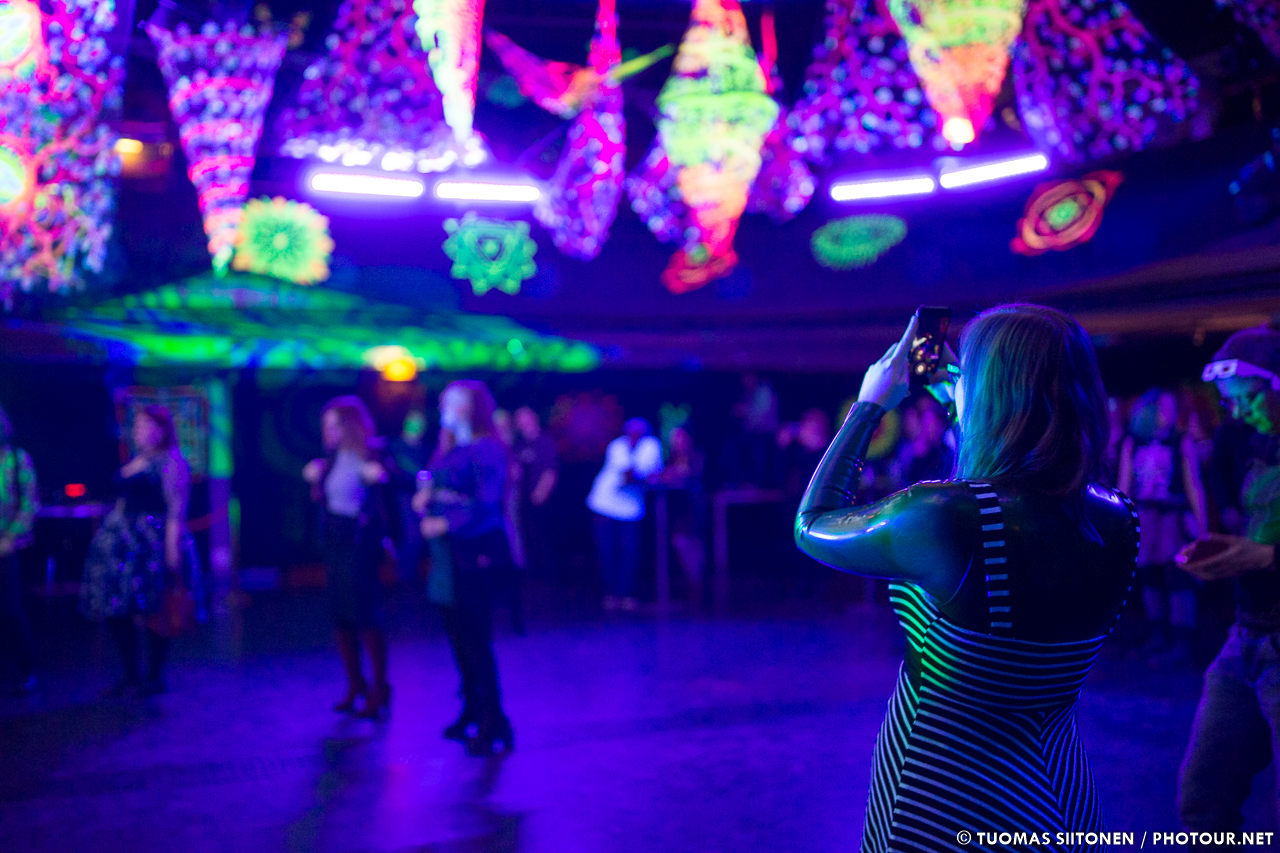 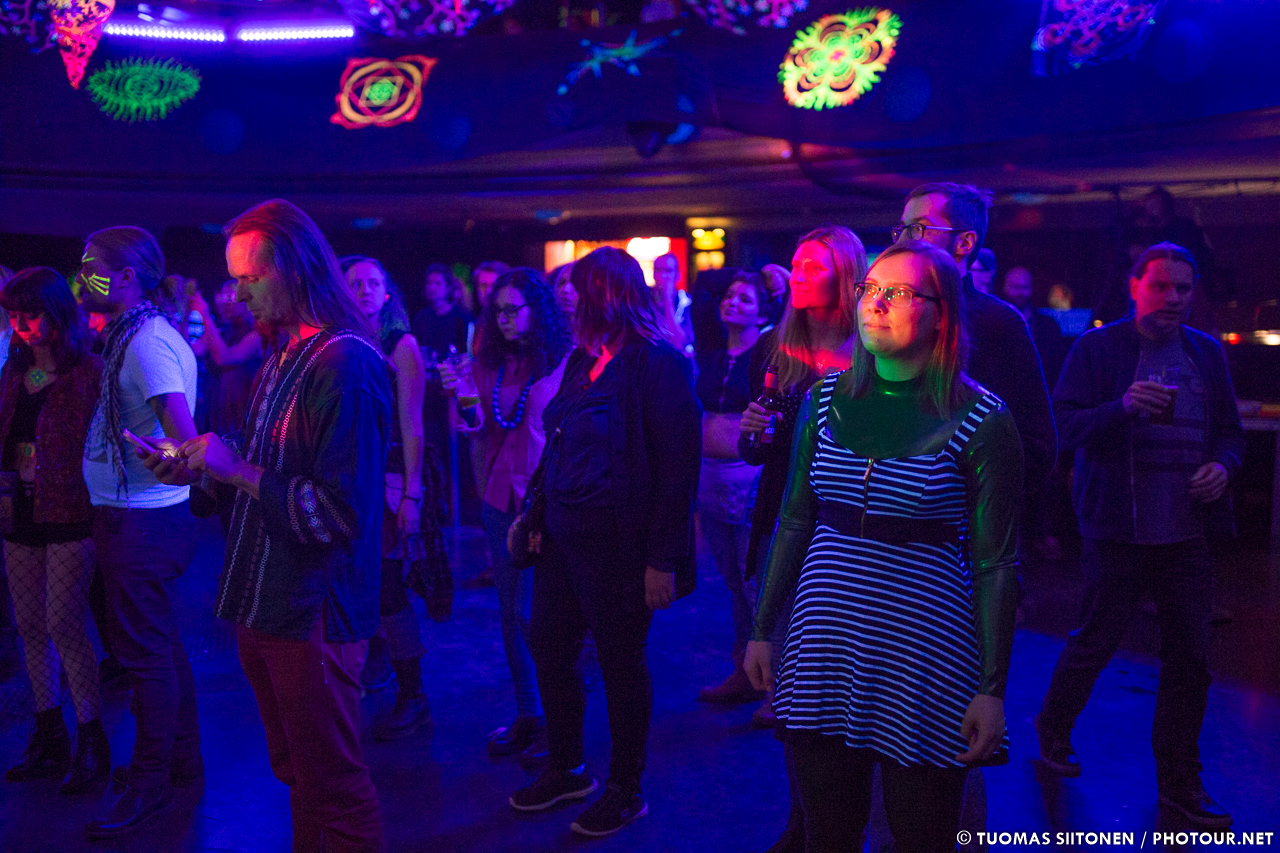 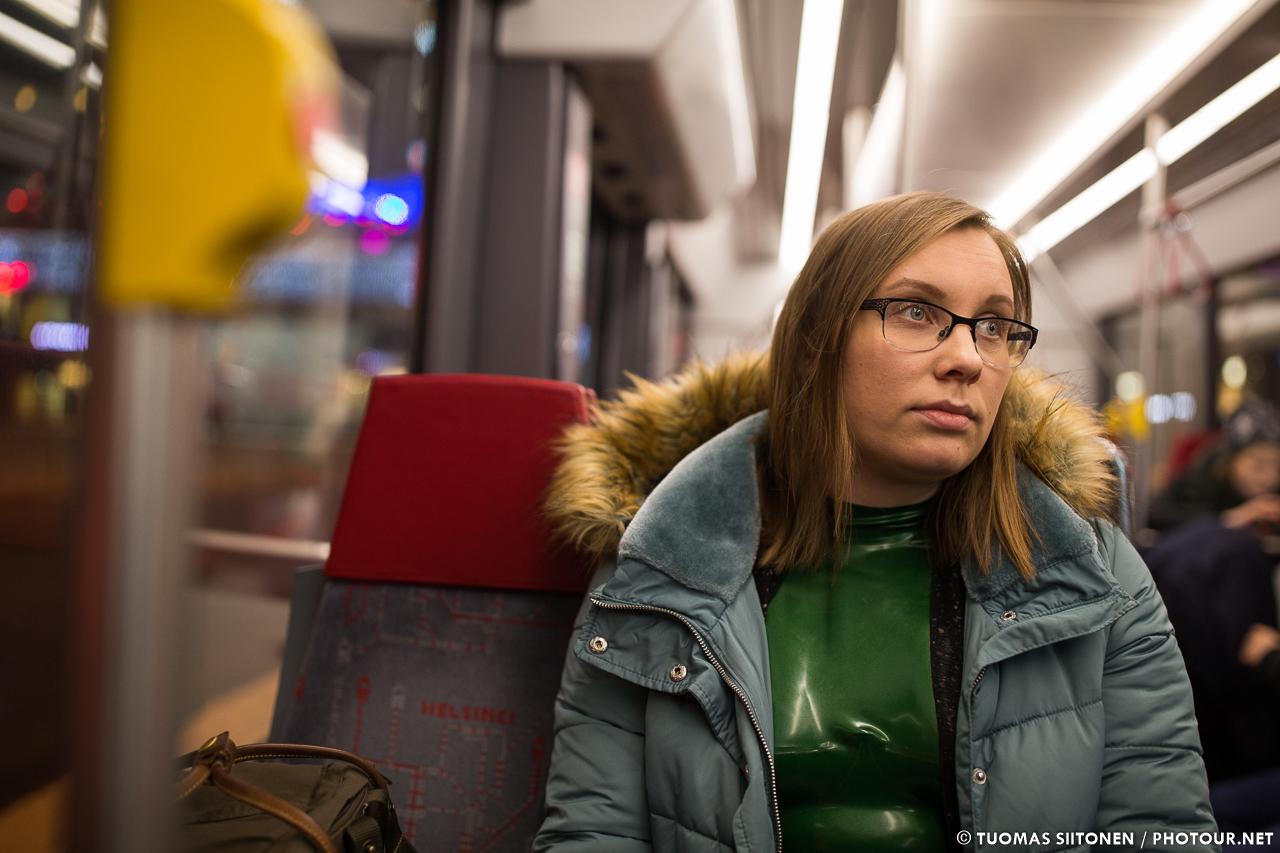 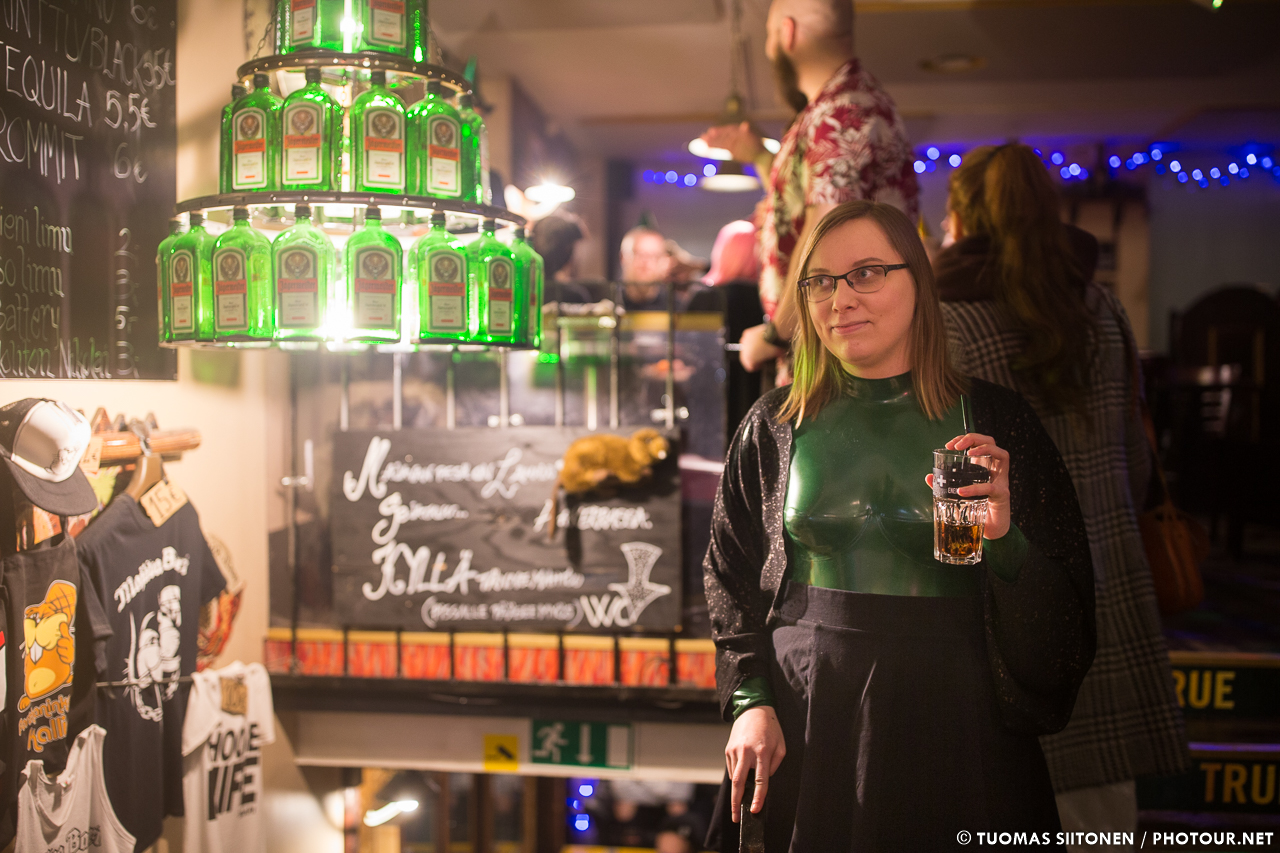 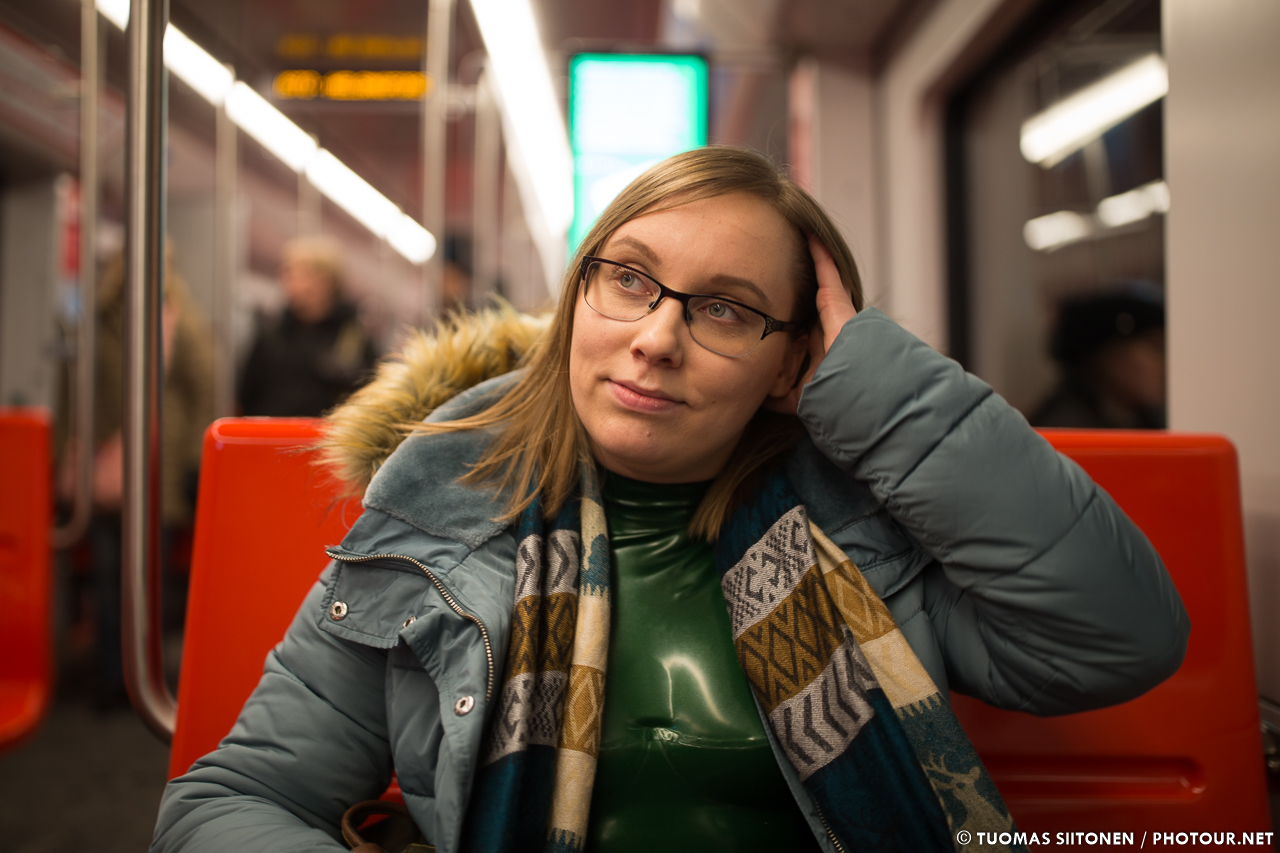 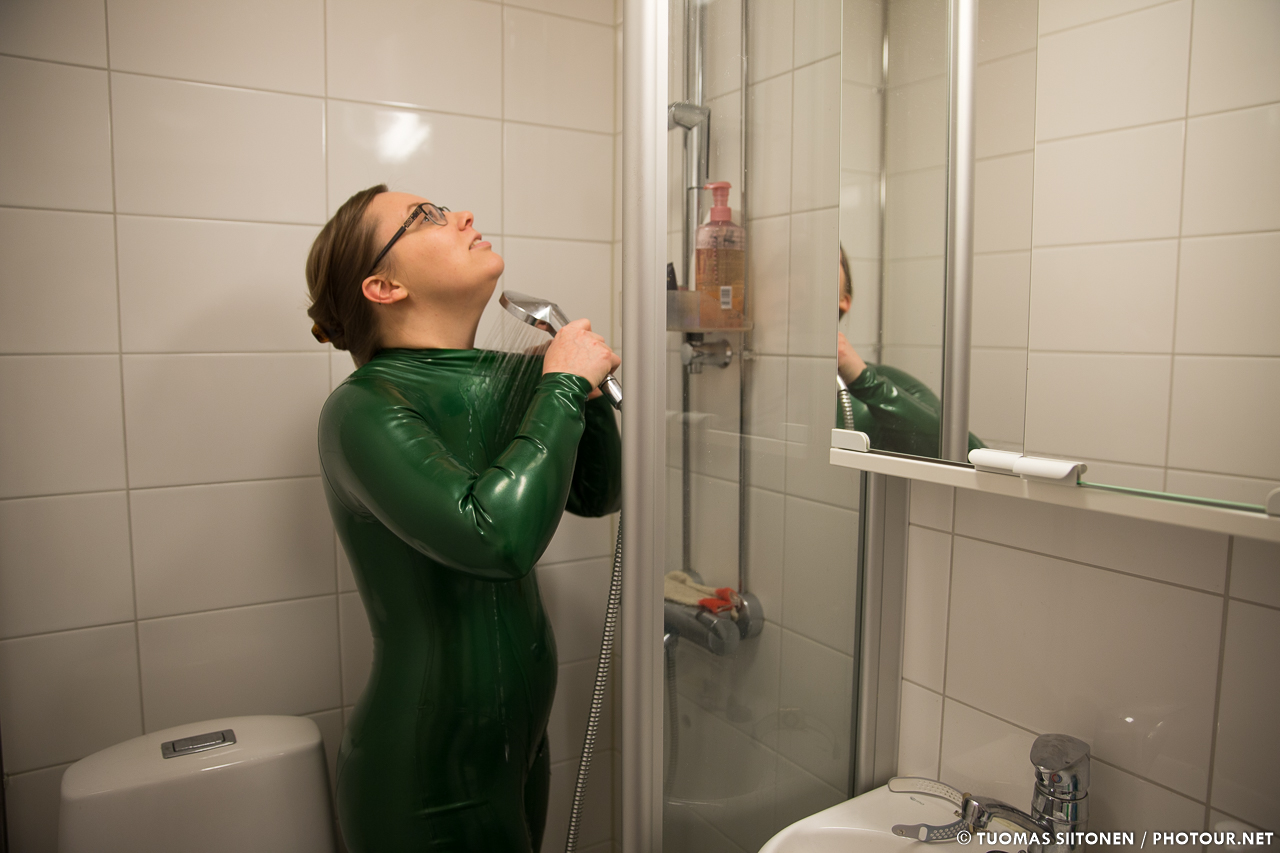