At first I was supposed to publish a lengthy photour about Gastro Helsinki 2014 and its outlook, but after seeking proper viewpoints for two days I had to accept my defeat.

Gastro Helsinki is a fair intended for professionals held every two years. As someone who’s worked quite a lot in restaurants and had his education on the field, I was very intrigued. This was the third Gastro Helsinki I had visited.

Even though I liked the fair and its exhibitors, I simply couldn’t push properly through the polished shell. The exhibitors were there to have their product presented in the prettiest way possible and it was obvious that many of them had planned their booth for months in advance, refining every little detail.

To me, as a photographer, it would’ve been the same to put the fair centre full of mannequins.

Now don’t get me wrong, Gastro Helsinki is a great event, but its outlook has been polished so much that there’s nothing to show via the element of photography. Only the people, of whom the most are behind thick personal shields that won’t come down.

I guess I should’ve known better.

In the eyes of a professional on the restaurant business, there weren’t really any new innovations or upcoming trends either. Besides the continued rise of espresso-based coffee products, of course. Even the so called effort on street food stuff was quite low-key. 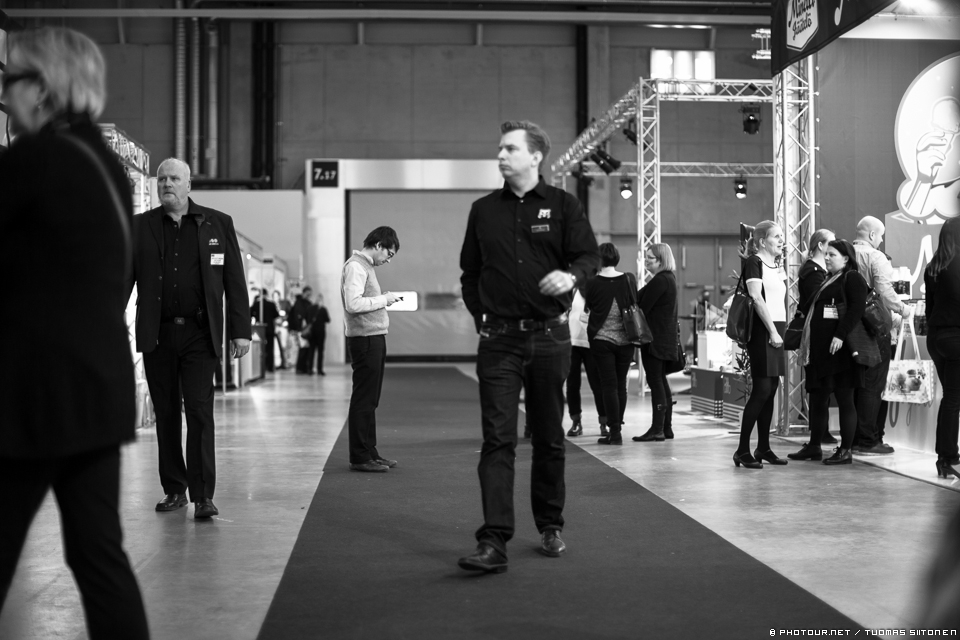 A man checks his cellphone whilst waiting for someone in Gastro Helsinki 2014. 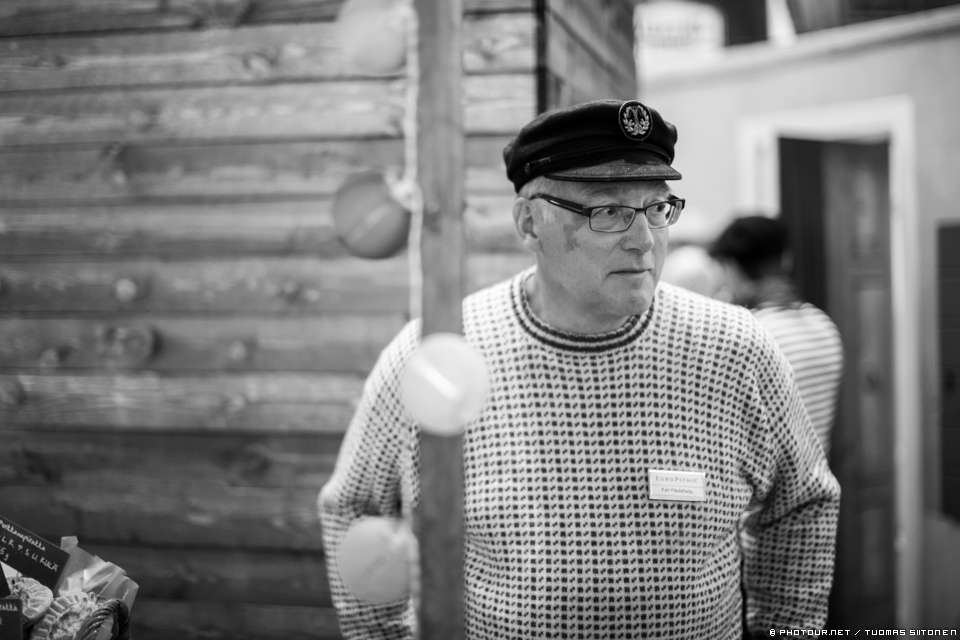 A salesman of EuroPicnic telling about his products at Gastro Helsinki 2014. 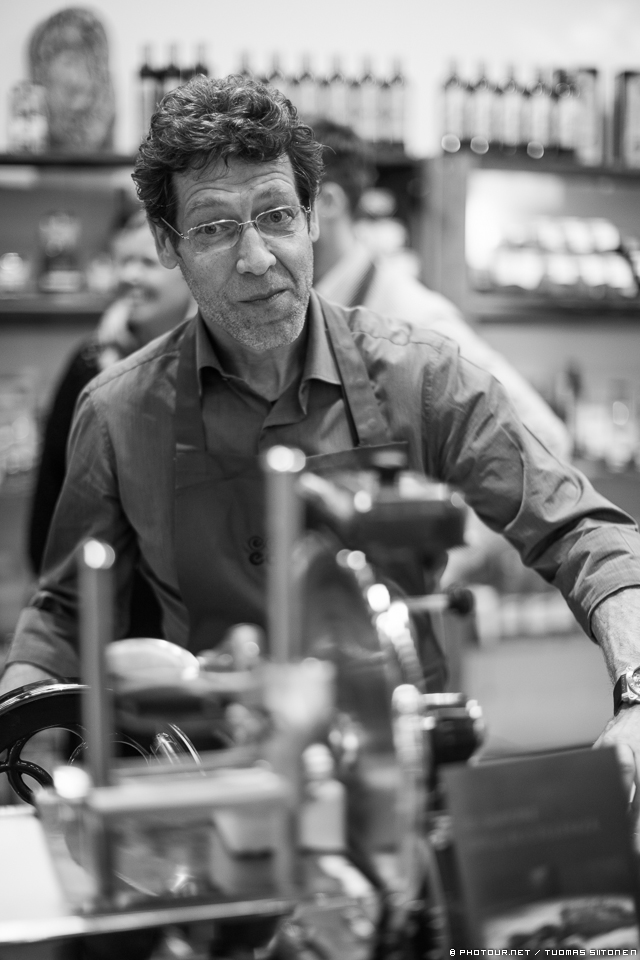 An Italian chef of Eataste Ltd cutting Italian ham. After taking the photo, the chef proceeded to offer me the most delicious pizza I had ever tasted – and it only had tomato sauce and cheese on it. The secret was fresh ingredients. 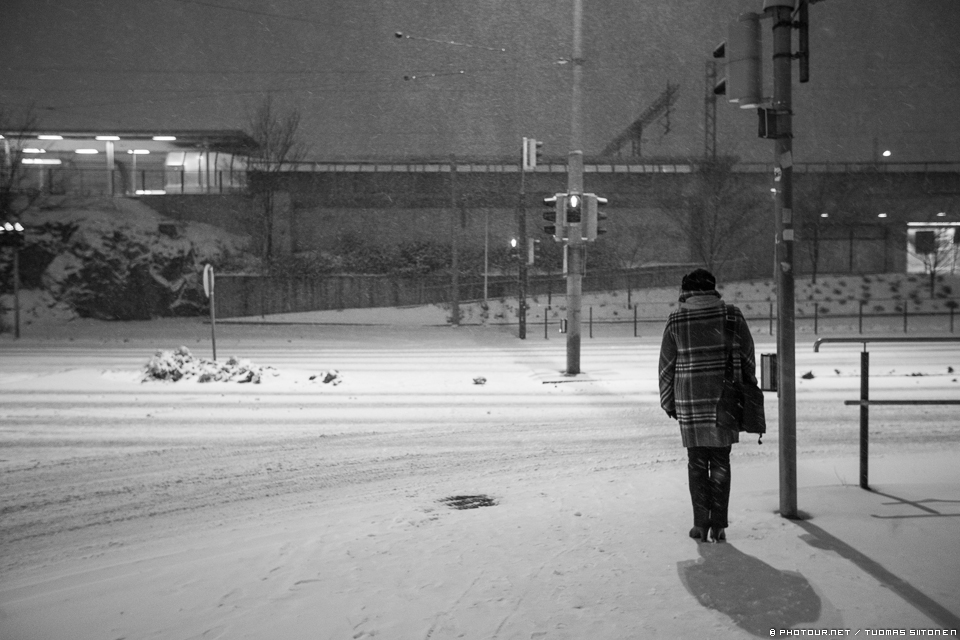 A woman waiting for her turn in traffic lights. Most Finns are so gullible that they won’t jaywalk even if nobody’s coming. 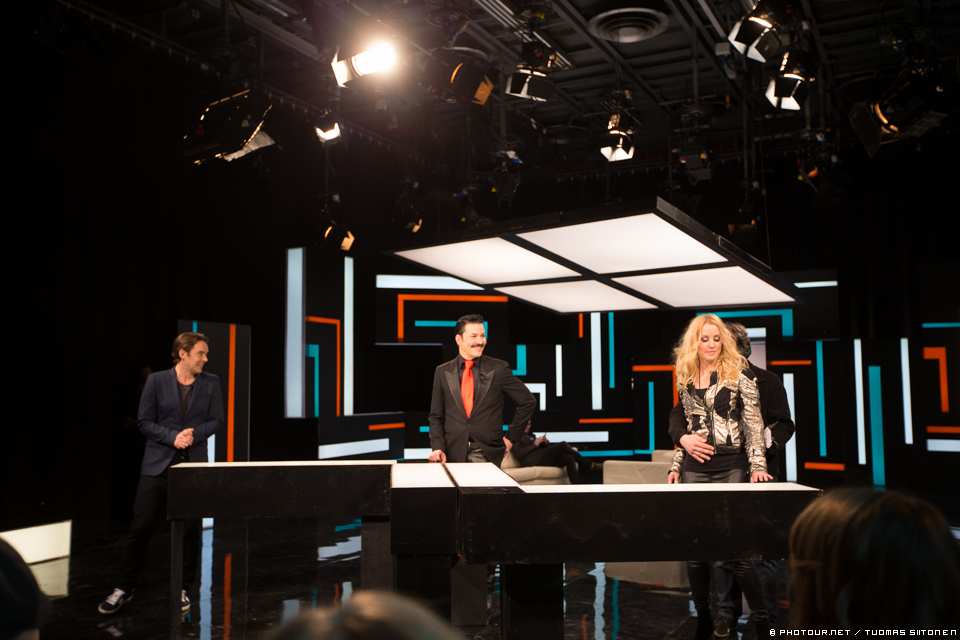 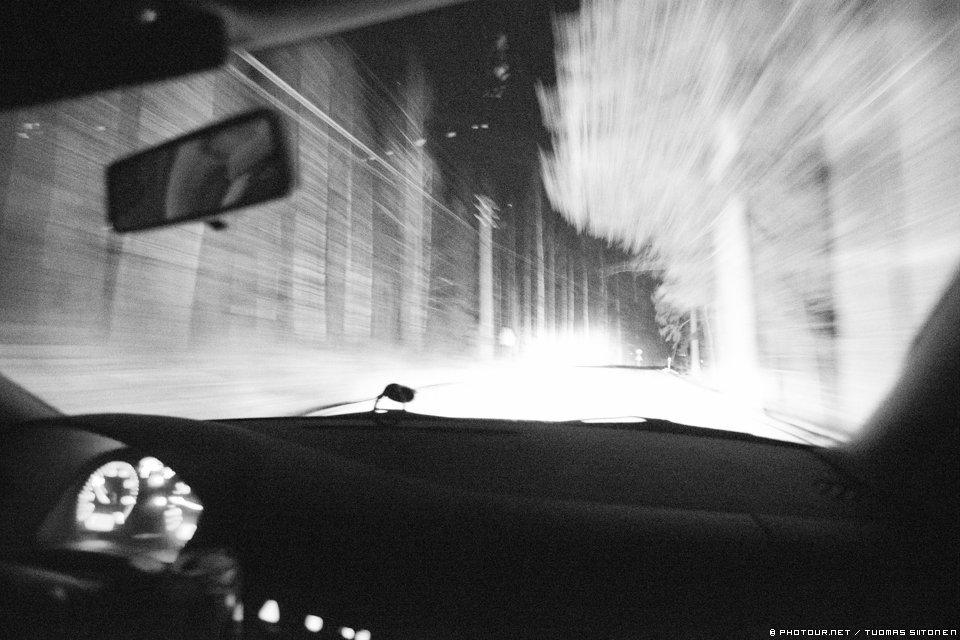