Another year has started, but there are still a few photos from December I haven’t published. So here we go, the first photour of the year shows the last photos of the year. 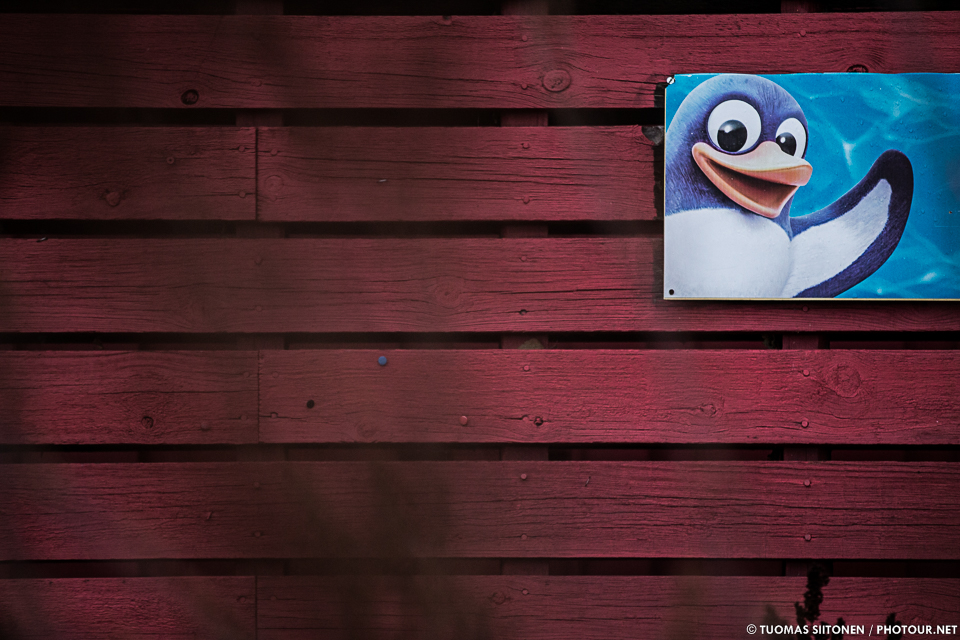 An ice cream mascot waves during the cold, Finnish December from the wall of a closed café. 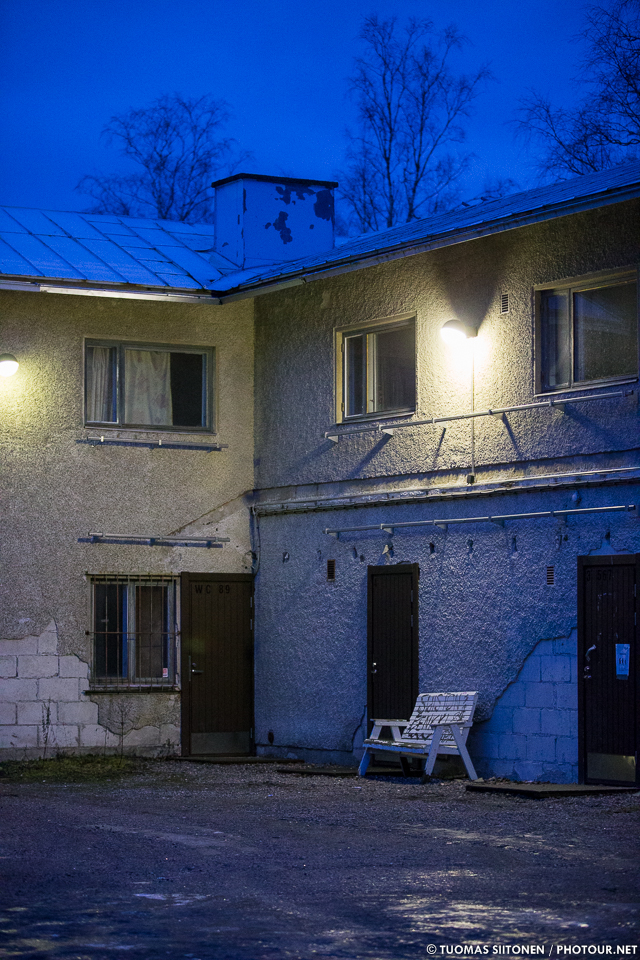 Bands’ training house illuminated by the last lights of the day in Järvenpää, Finland. 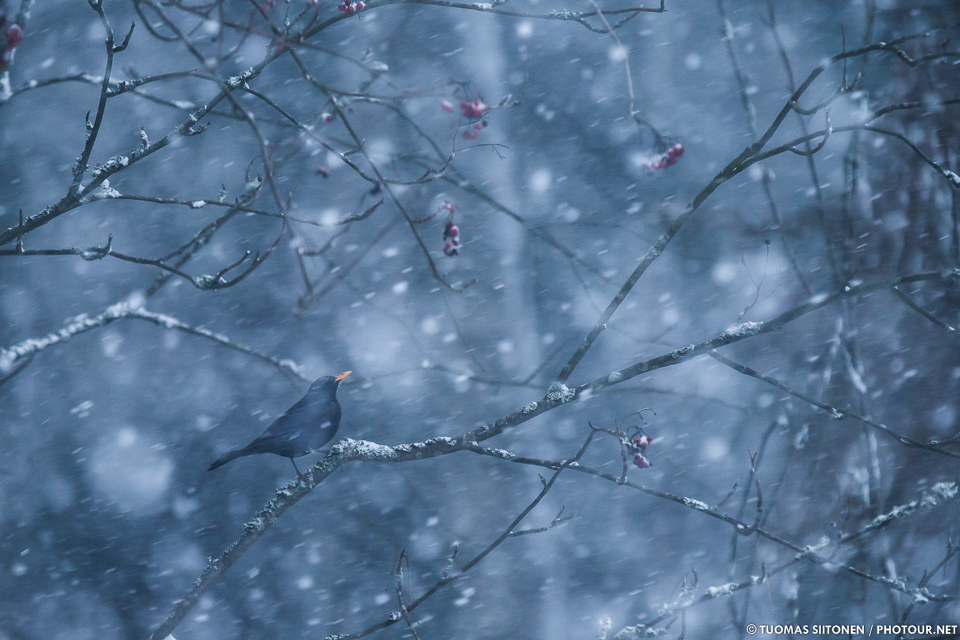 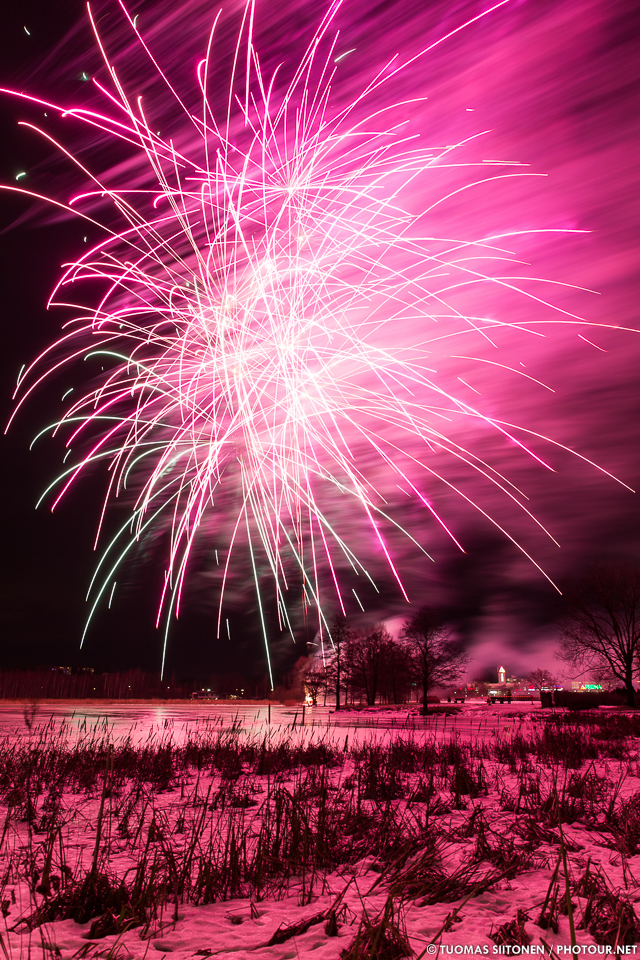 City of Järvenpää held fireworks in the honour of the 150th year after Jean Sibelius’ birth on the new year’s eve. 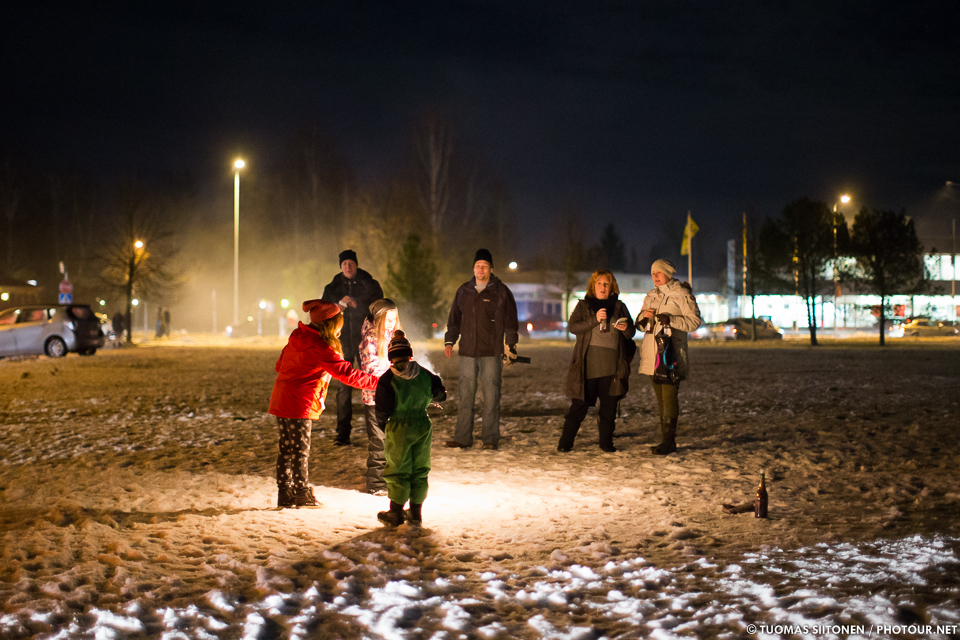 Children sharing sparklers’ fire whilst igniting new ones as their parents supervise. 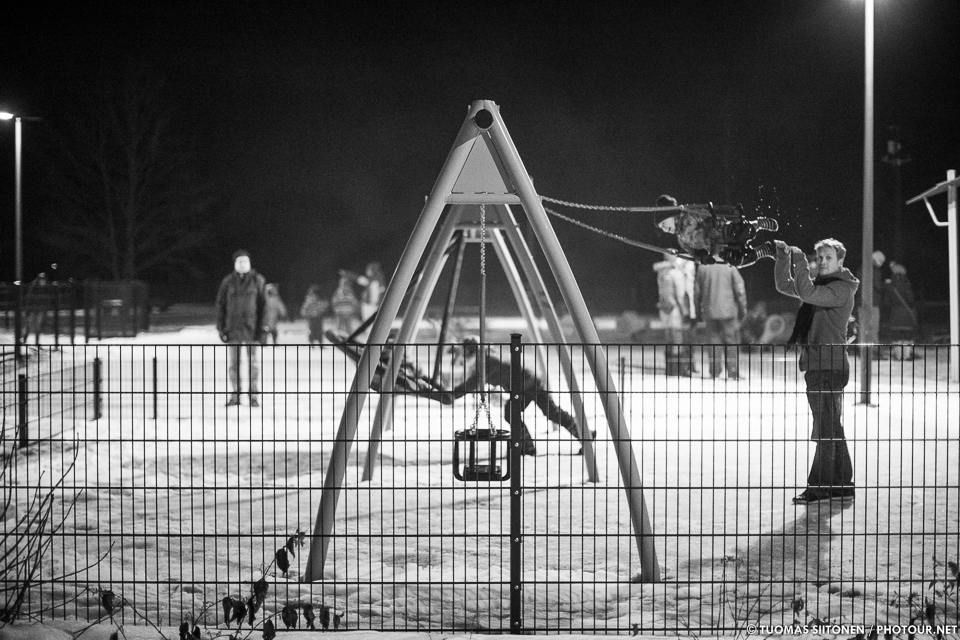 Man giving a boost to a child at Järvenpää’s Rantapuisto. 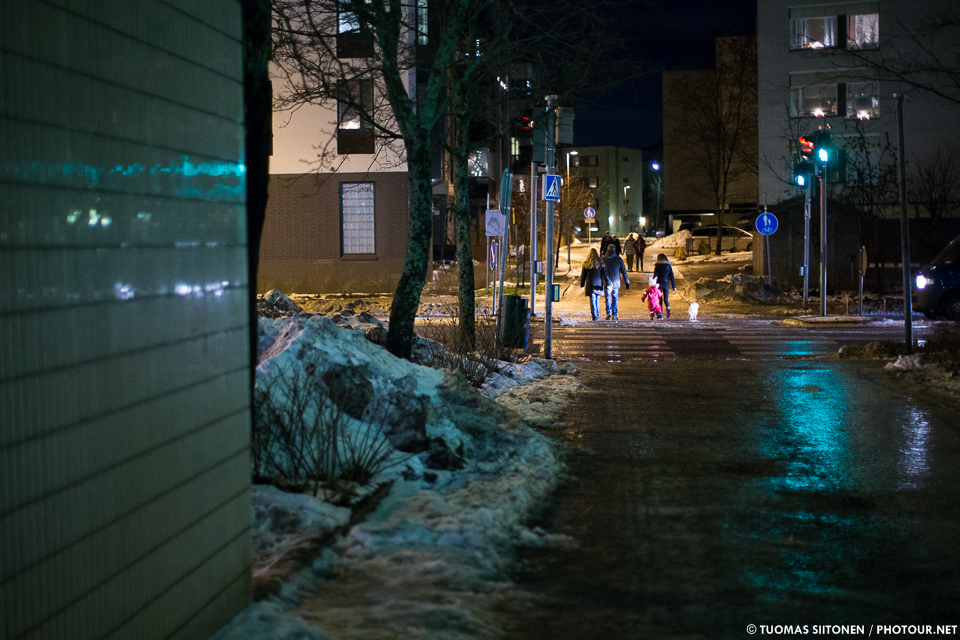 A family crosses the road after the new year eve’s firework show ended and the masses walked away.