Finally managed to drag my bottom up from the couch and got a move on. As it’s been ages since I’ve visited Suomenlinna, I bought a ticket for the ferry and sat along the short trip from Helsinki’s Kauppatori to Suomenlinna. As the weather was amazing, there were quite a lot of tourists.

Suomenlinna, roughly translated to “Castle of Finland” is, according to Suomenlinna’s official site, a sea fortress that stands on a group of six islands in front of Helsinki. The fortress originates to the year 1748, when Finland was under the rule of the Swedish kingdom. Back then the fortress was called Viapori by the Finns, whereas Swedes called it, and still call it, Sveaborg.

Nowadays Suomenlinna is an UNESCO World Heritage site. Suomenlinna is also a home for about 800 regular inhabitants and the Merisotakoulu, Naval Academy, is located on the northernmost island, Pikku Mustasaari.

Now that history’s been fast forwarded through, we can get into the actual photour. The previously mentioned vast amounts of tourists photographing the views with rather expensive photography gear got me thinking: I know I’m not the only one who doesn’t feel comfortable to be reckoned as a tourist when on a photography tour, but… even though I consider myself a semi-professional photographer, I can’t feel snobby nor put myself over the tourists who are also recording memories from their trips; how do I differ from them in the long run? I’m doing the exactly same thing. If they are photographing, they are photographers, just as well as I am. Doesn’t mater if it is done with a camera phone or with an expensive camera gear.

In the name of honesty, my photos are quite generic and differ from my usual style. And they’re in colour. Oh my! Yet, even with the wide angles I used, I managed to focus on the little details as I usually do. And managed to avoid most of the tourists around the area.

But, when looking back to my photos after editing and choosing them out, I didn’t really take any overview photos from the fortress itself – but I can’t see that as a flaw, as I couldn’t have really presented the fortress in the magnitude it actually is. That’s what aerial photography fixes, and quite a few overview photos can be seen from Suomenlinna’s press gallery. 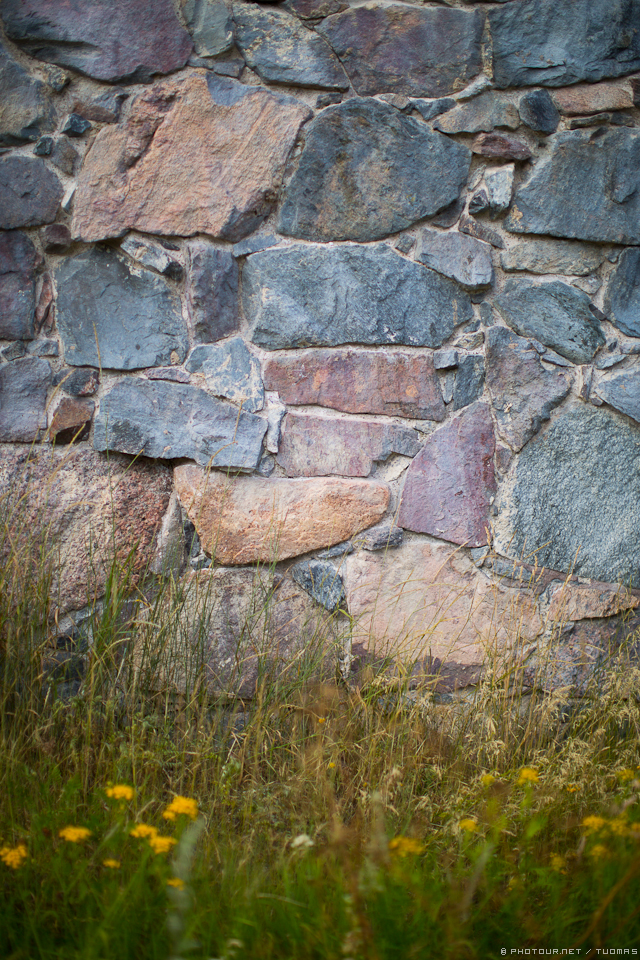 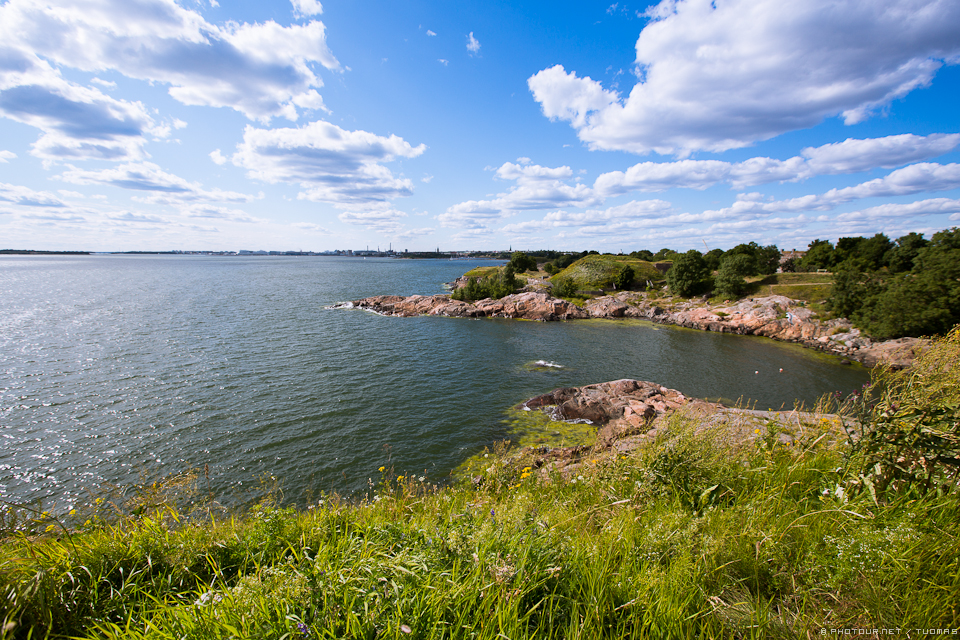 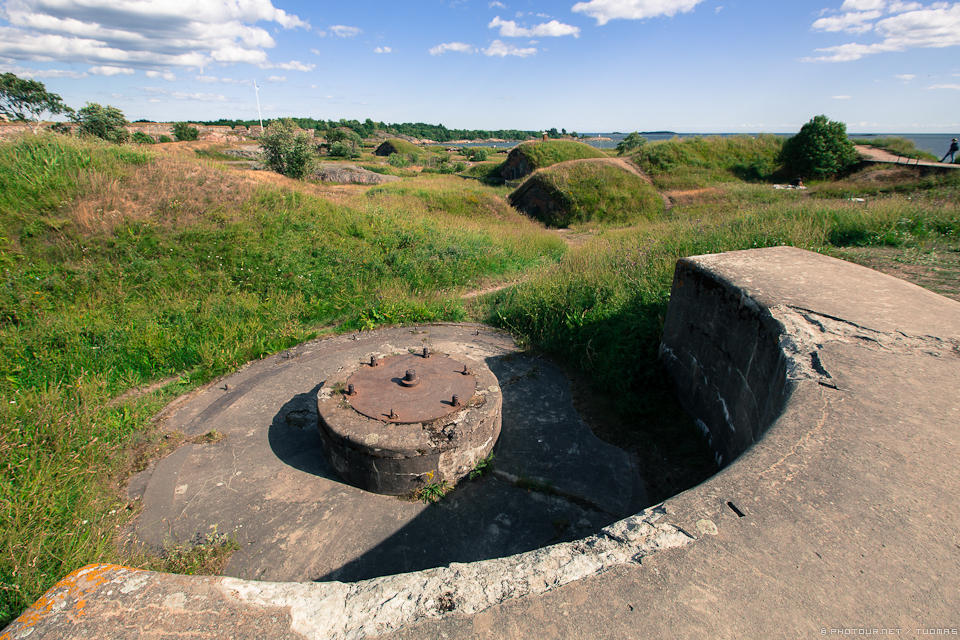 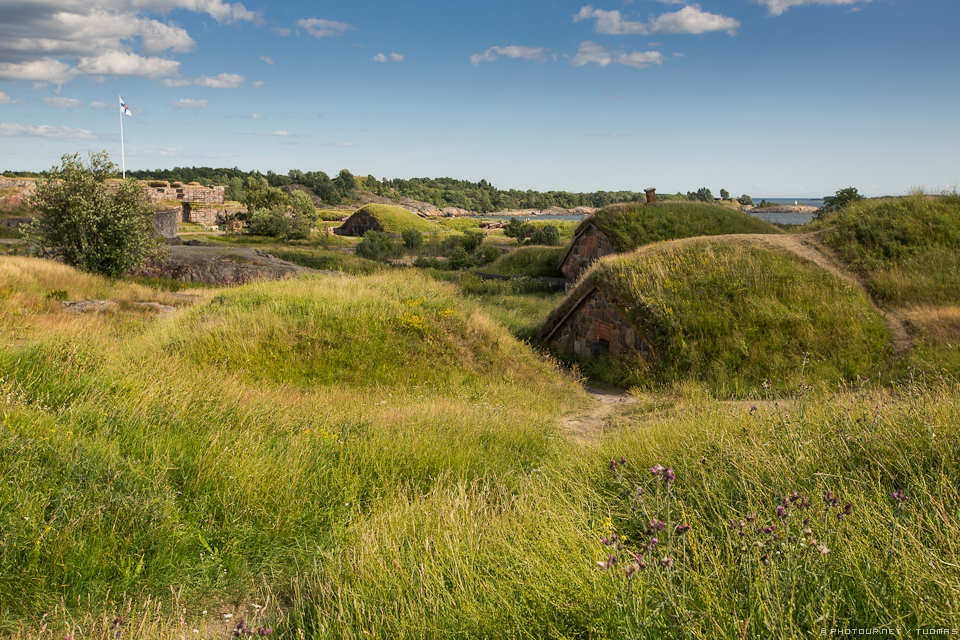 Suomenlinna is the home of the hobbits, it seems. Only thing missing are the round doors. 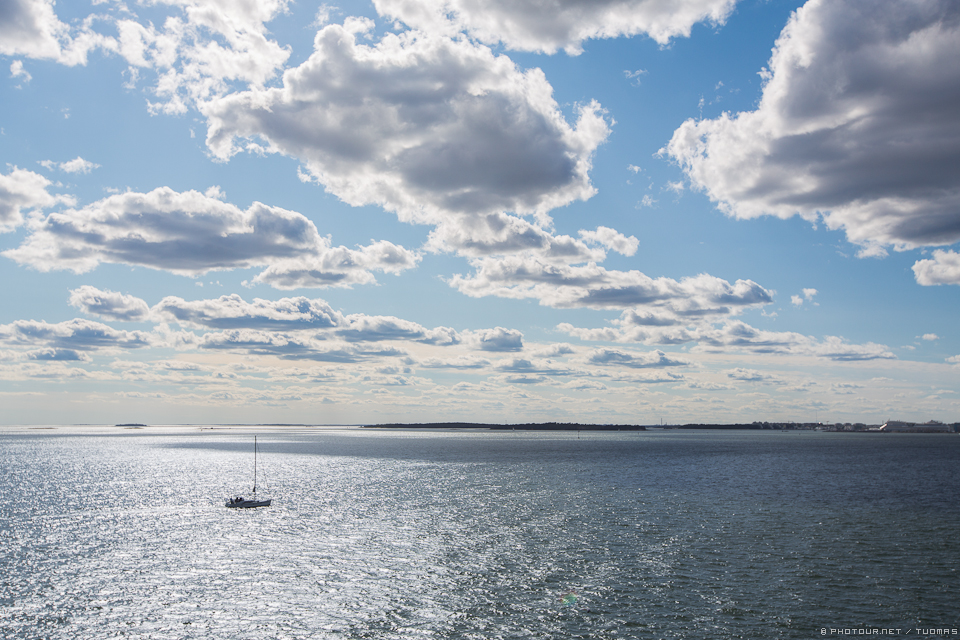 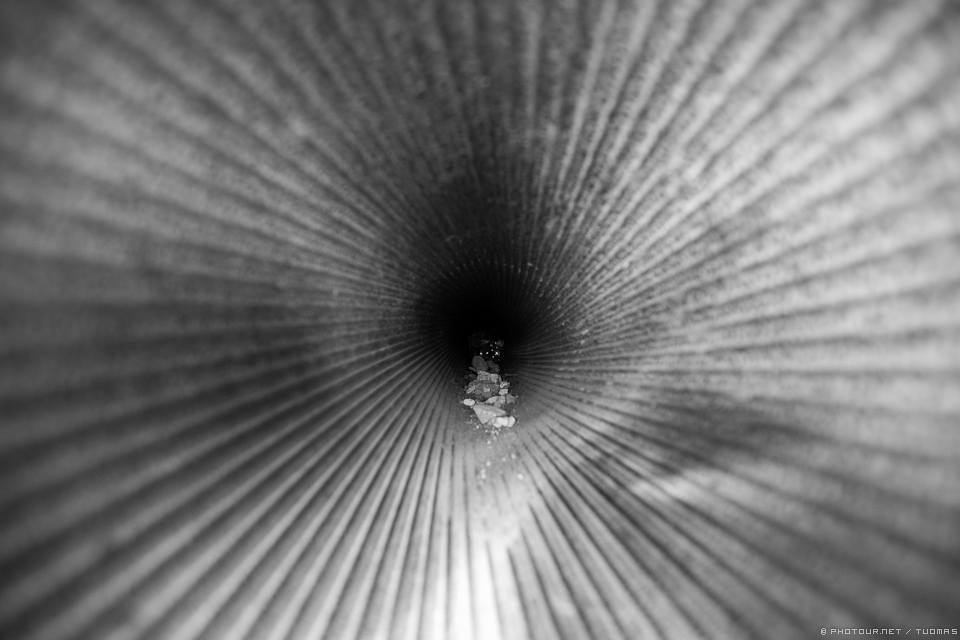 Inside of a deactivated cannon sitting among the shoreline, nowadays full of rocks, trash and beer cans. 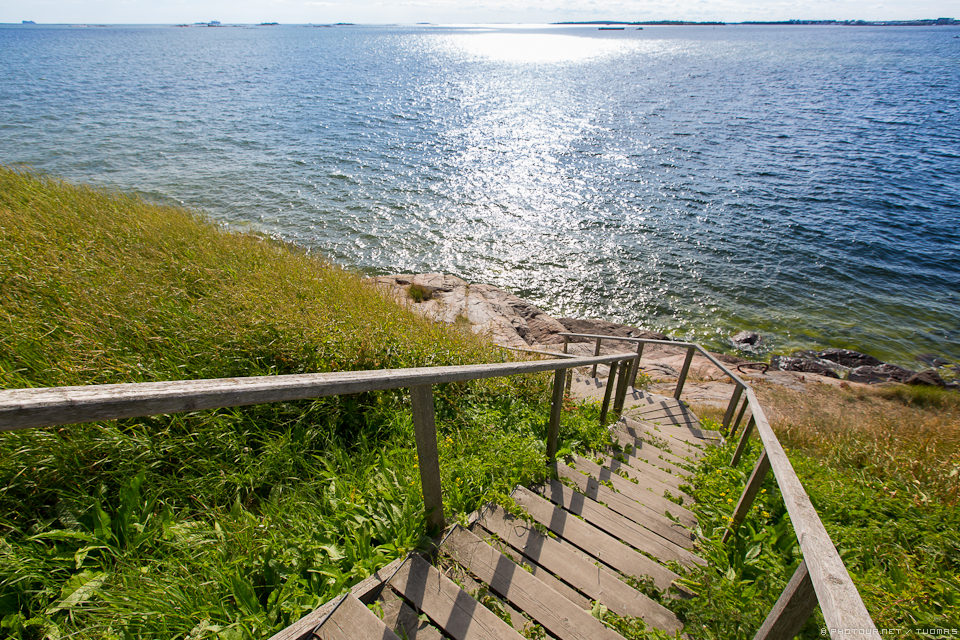 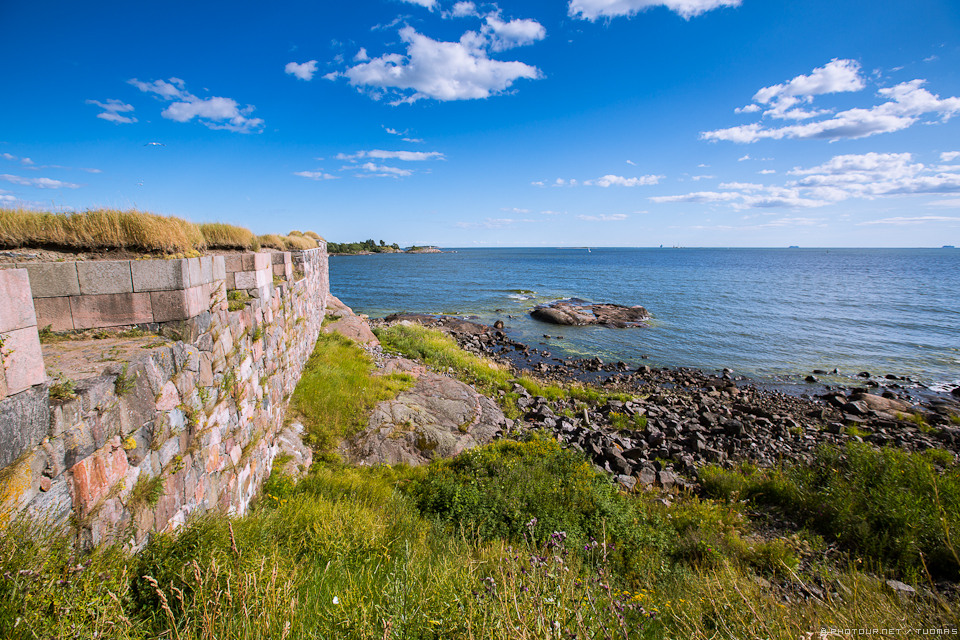 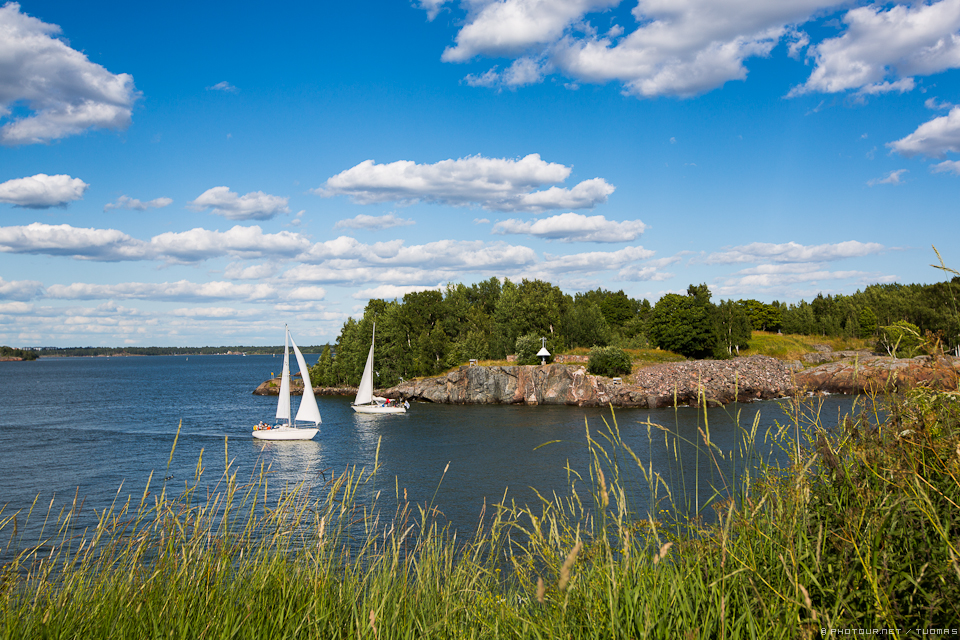 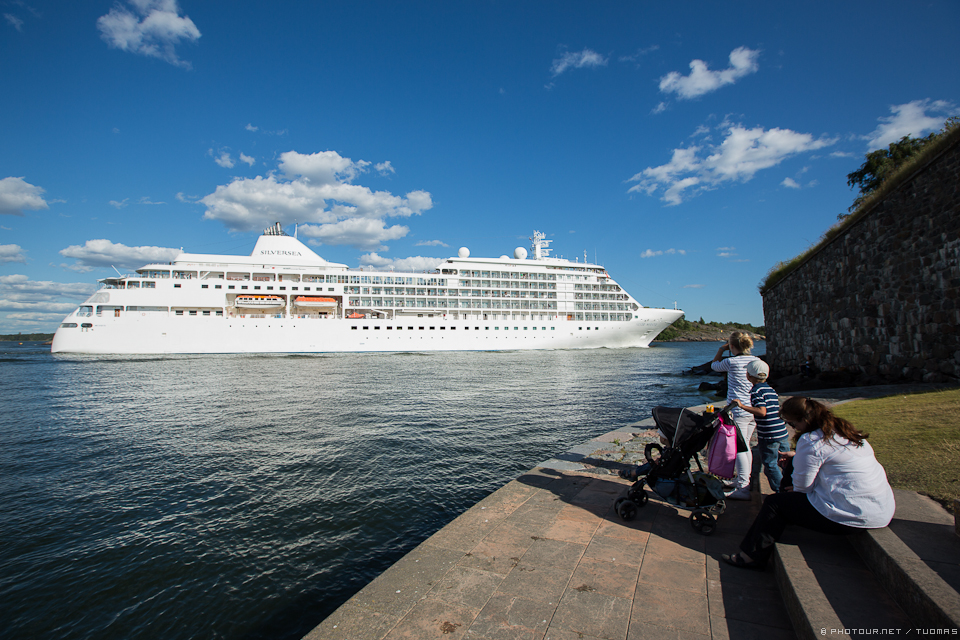