It had snowed all day. My trusty van had turned into an igloo, and digging it up was a laborious task. Even the reversing camera, hidden below the register plate, had managed to get snow all over it.

After the igloo represented more of a van and didn’t impose an immediate threat to anyone driving behind me, I drove off. The rural roads were covered in heavy snowfall and had I not known the route, I would’ve probably found myself in the nearby lake – it was nearly impossible to see where the road was.

It was Christmas Eve, the day in Finland when Santa Claus visits the families; the day, when families gather together and celebrate the holidays. I’m not a very religious person, so when the other end of the family went to the town’s graveyard to light some candles, I headed to a local gas station, open 24/7.

Besides couple of people walking their dogs, the streets were abandoned. The atmosphere was calm, but perhaps even frightening; seeing the usually busy streets of the Uusimaa region all barren is not something I’m used to.

A beacon of hope in the otherwise empty town of Tuusula was its gas station. There were plenty of people inside. Some were getting their last beers to celebrate Christmas, some playing the slot machines, some reading the newspaper – there was even a young couple drinking coffee and discussing family matters.

Then Santa Claus walked in. 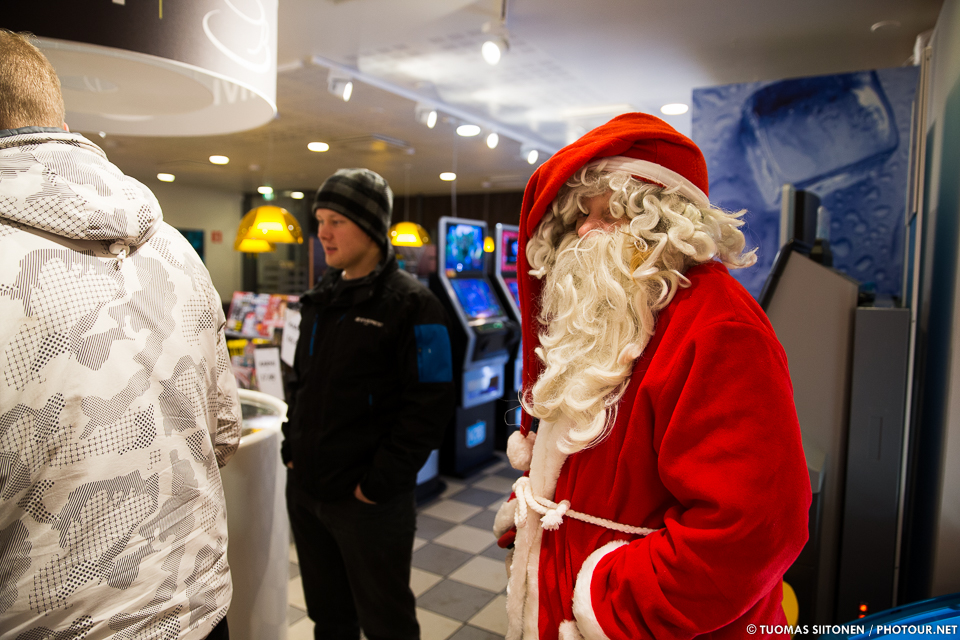 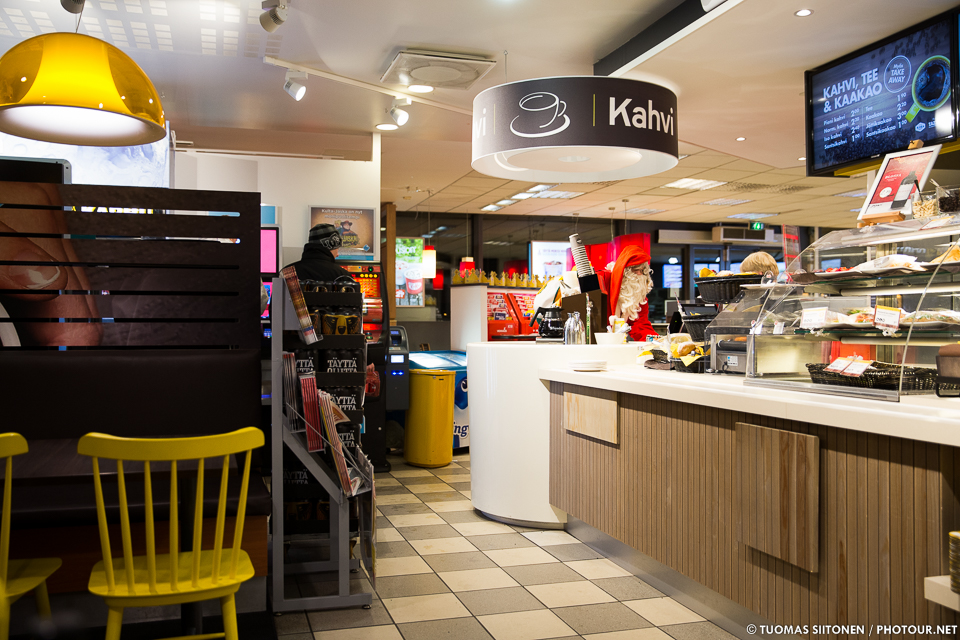 I guess gas station staff needs their presents too. But where did he disappear after that? Do gas stations have chimneys too? 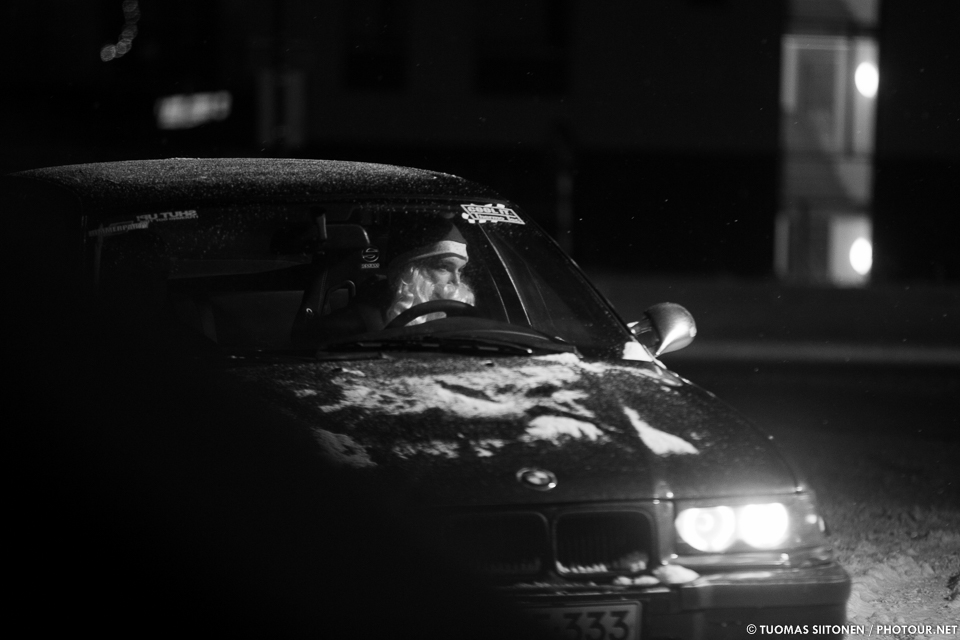 This santa represents the Finnish “amis”, as in a person who drives a BMW very carelessly, plays bass at high volumes, plays the slot machines and looks for… beverages. He hung around the gas station for a while, untill his phone rang – then he started up his BMW and drove off – to give presents to children, I would guess. Or perhaps Mrs. Santa called in for a booty call. 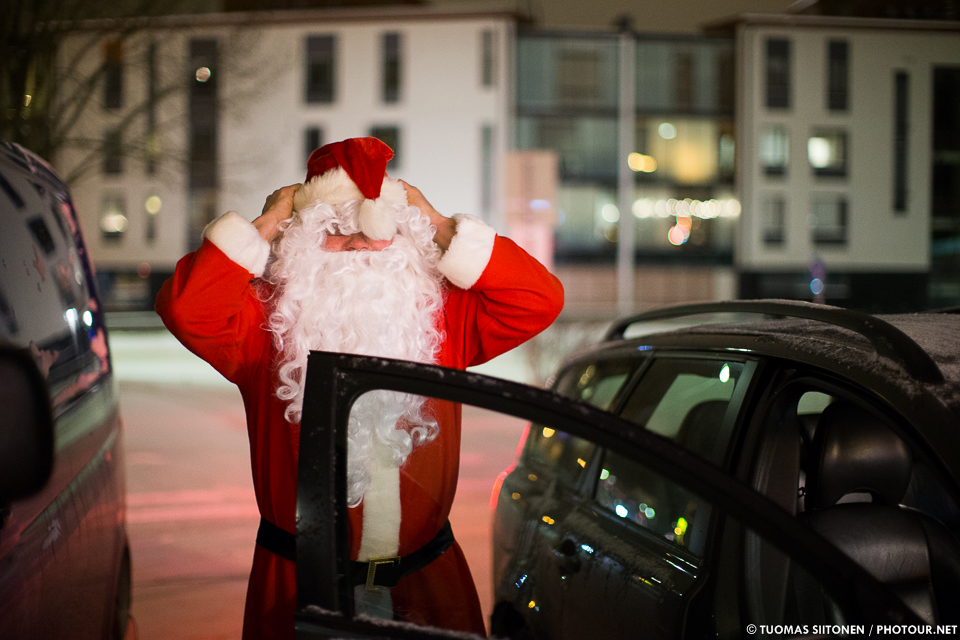 “Excuse me, I’m hunting for Santas. Can I take your photo?”, I asked promptly after noticing the couple, santa and Mrs. Santa, and after I had ran to them before they managed to get away to their car.
“Sure, let me put on my beard”, the jolly old man laughed.

The third – and the last santa – had just finished his routine and came in grabbing for some burgers at the gas station. It was only 7 PM, but no presents awaited to be shared.