As my hometown, Järvenpää, is a rather small city with its population of about 40,000 residents, a famous band’s gig rarely goes unnoticed. Thus I got my bottom up from my comfy new office chair and dragged it to Korona, a bar/nightclub in the middle of Järvenpää’s centre.

Turmion kätilöt is a Finnish metal band, which takes pride in its somewhat extreme stage performances, where lashing (or flashing) the audience members on the stage is a common sight.

The gig was organized by Kura ry, an association which promotes and organizes heavy music events in the Central Uusimaa area. The association was founded on 2011 and has since made the world a heavier place.

The evening was started by a young, local band named Arm The Weak, which was followed by Assemble the Chariots, the winner of Wacken Open Air Semifinale. The event followed a very chronological flair, with each show pumping up the zeal for the final show of the night.

What I’ve seen, Turmion kätilöt usually presents itself in big festival stages instead a somewhat moderately sized one in a small city, but I can’t complain – the intimacy of the show is a completely different story. Naturally this caused some inconvenience for me, as I could not move freely from my position as there were no crush barriers set up for natural reasons, but at the same time I was part of the ardour of the crowd.

Turmion kätilöt interacted with the crowd, as usual, extremely munificently and every now and then dragged people from the audience to the stage to perform somewhat questionable acts – but this is what one should expect, especially when taking it to the front row when Turmion kätilöt is playing.

I have been unable to verify this, but to my knowledge, Turmion kätilöt has never before played their song “Rautaketju” live – until now.

At the end of the gig, the stage was filled with dozens of shirtless people from the crowd.

Playlist of the gig: 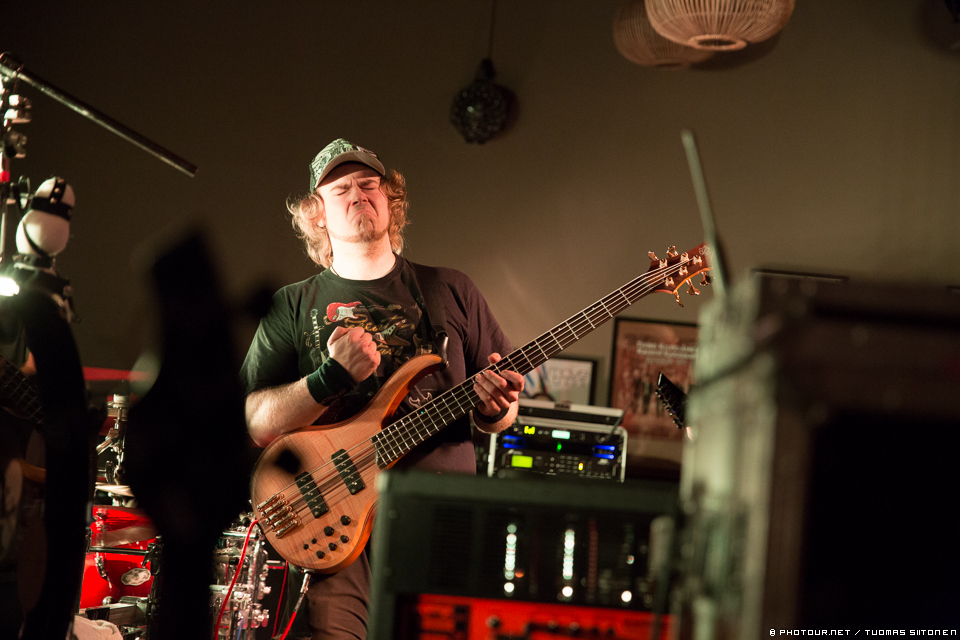 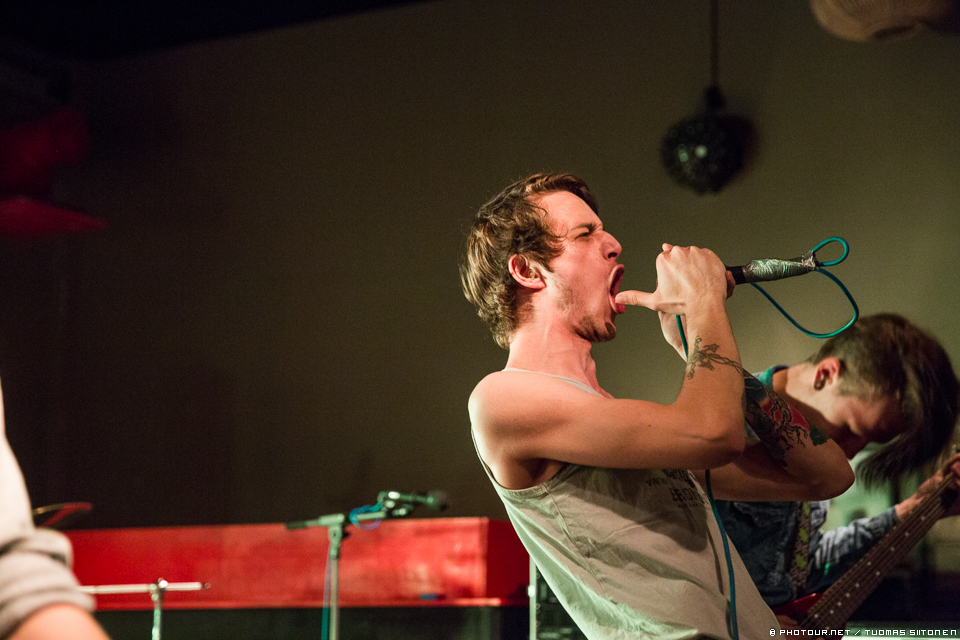 Arm The Weak started the performance. 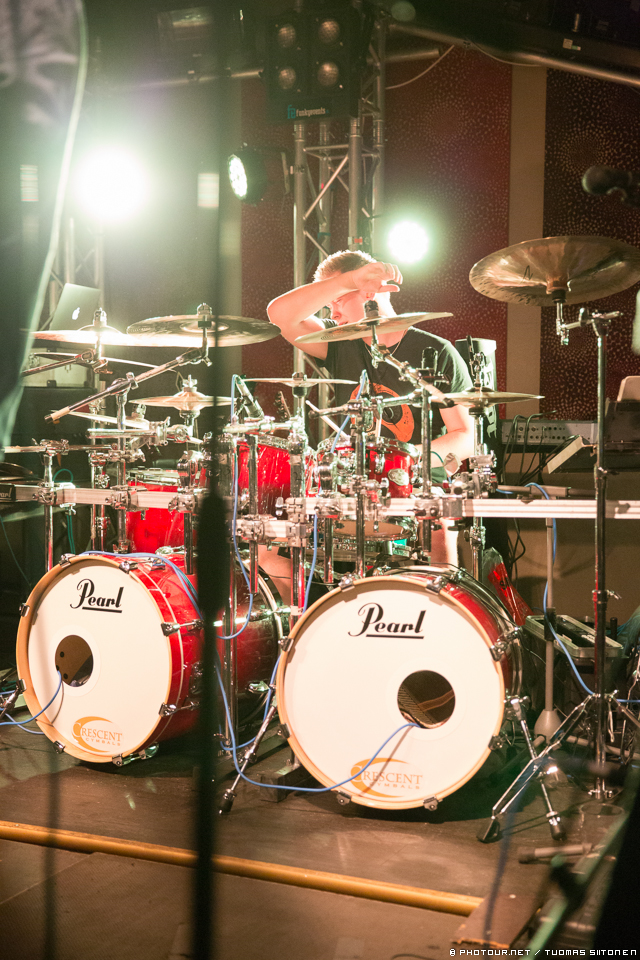 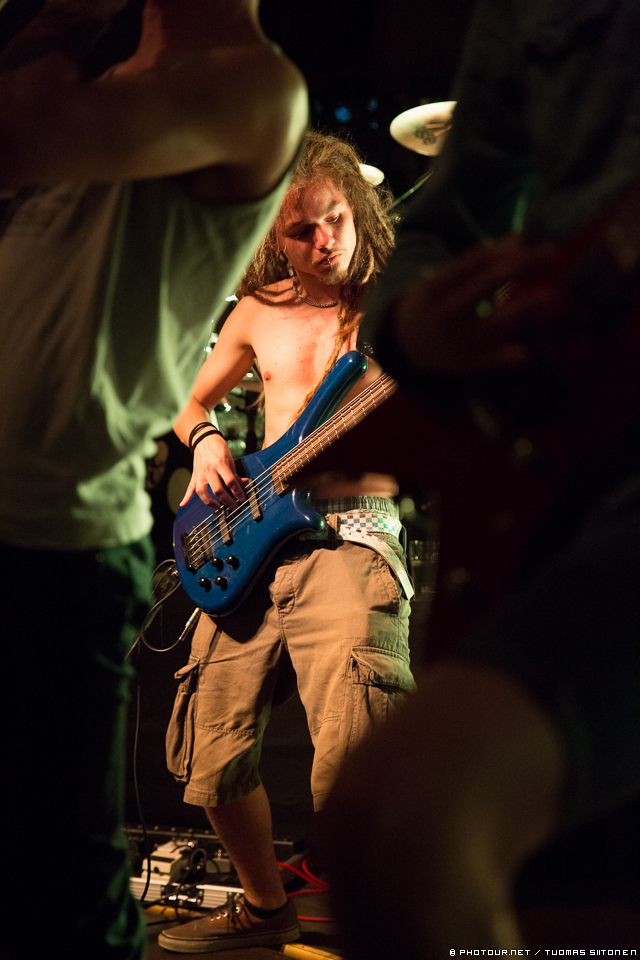 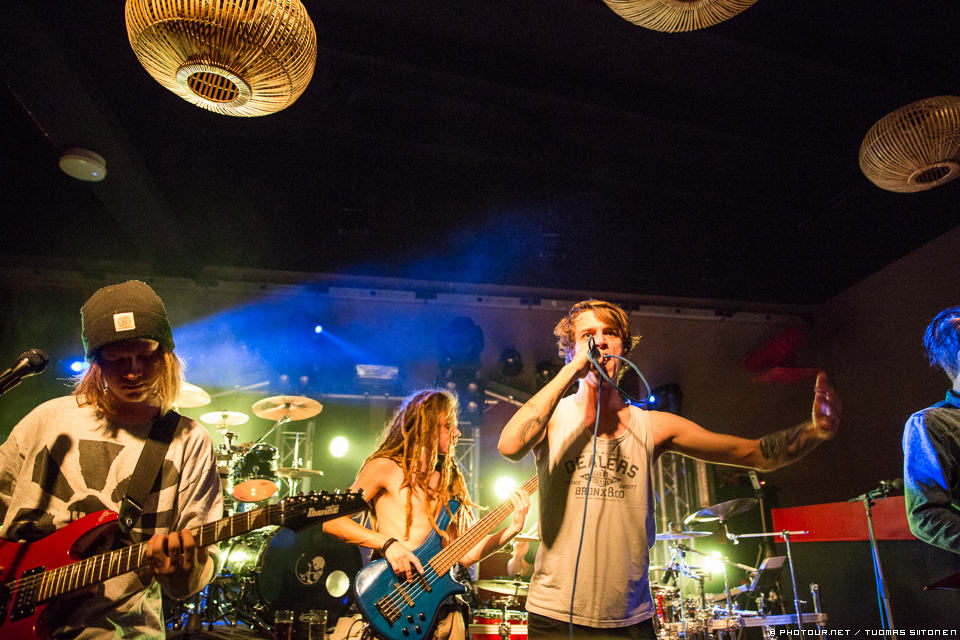 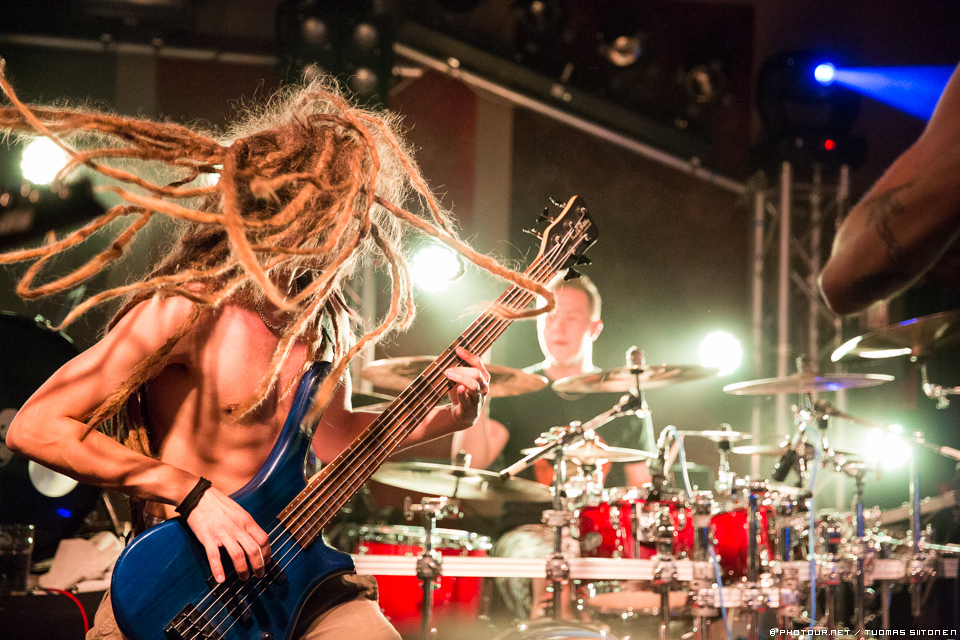 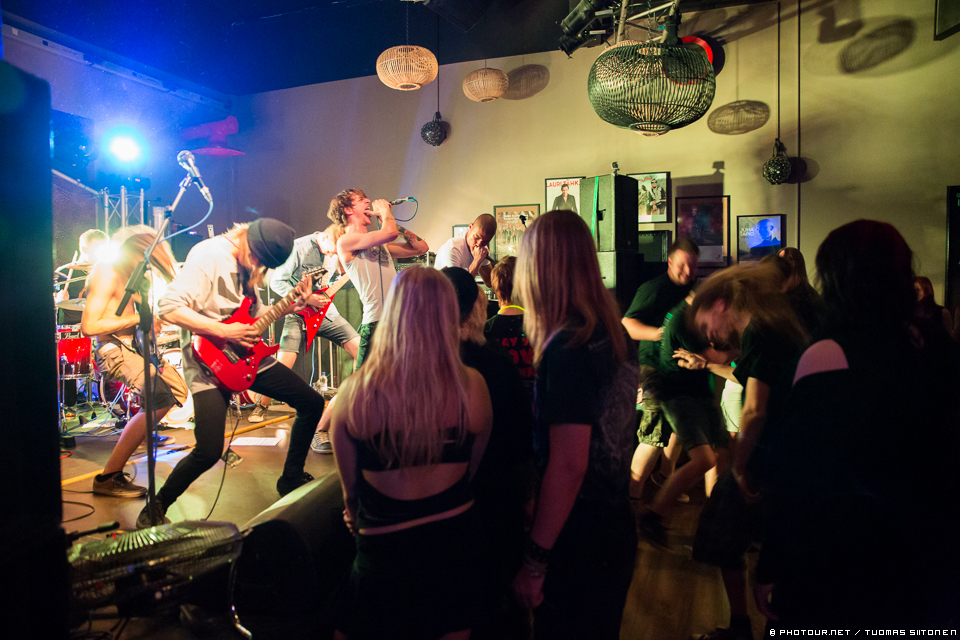 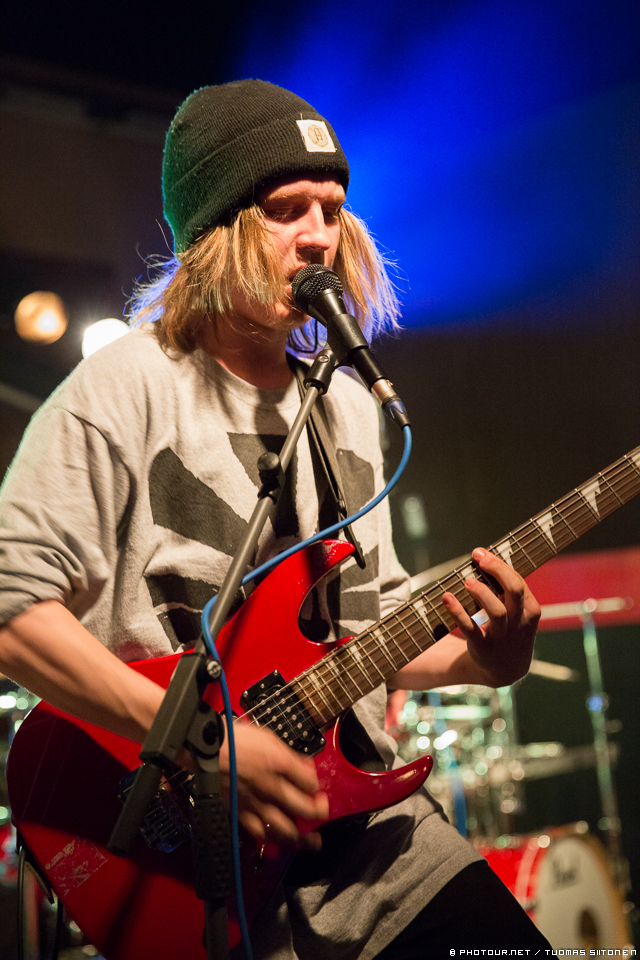 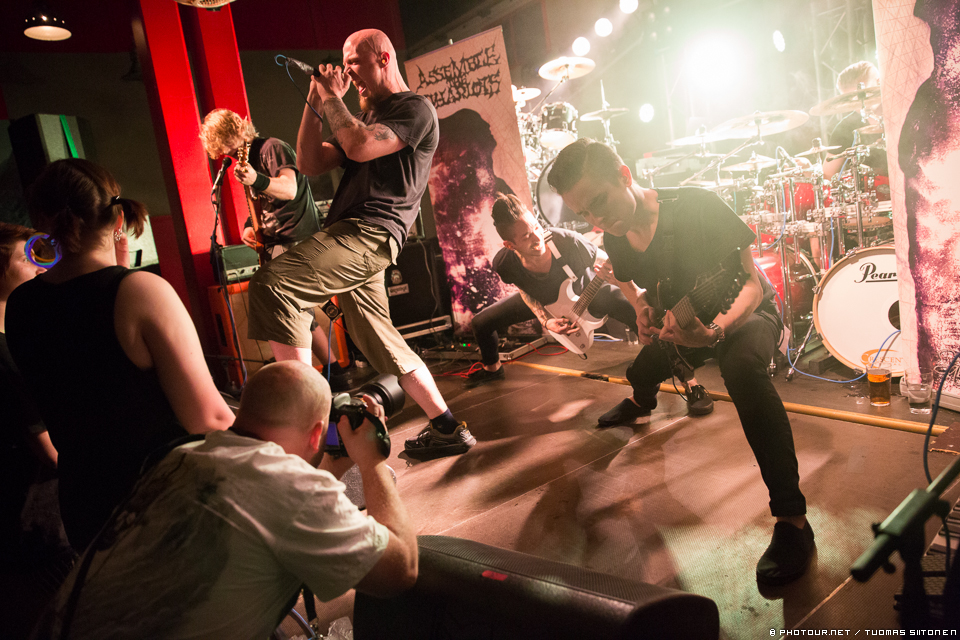 Assemble the Chariots was the second warm-up band. 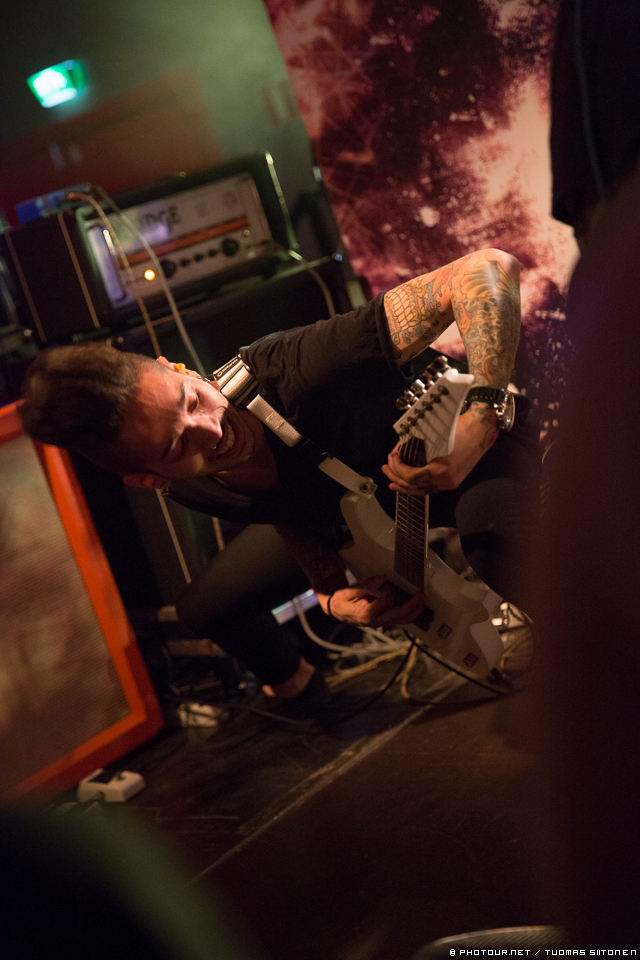 I’m quite unsure whether they were crab people. 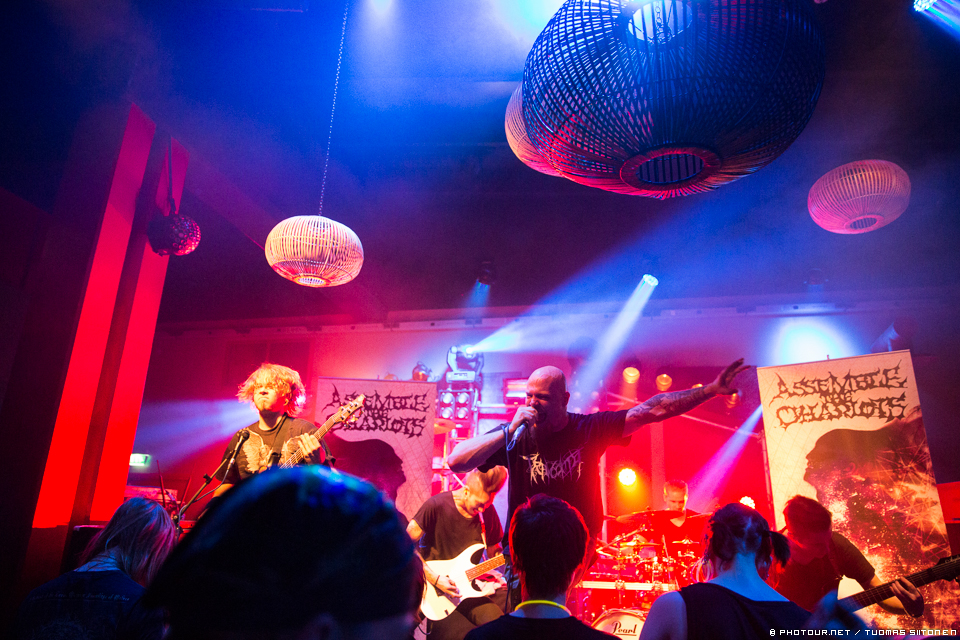 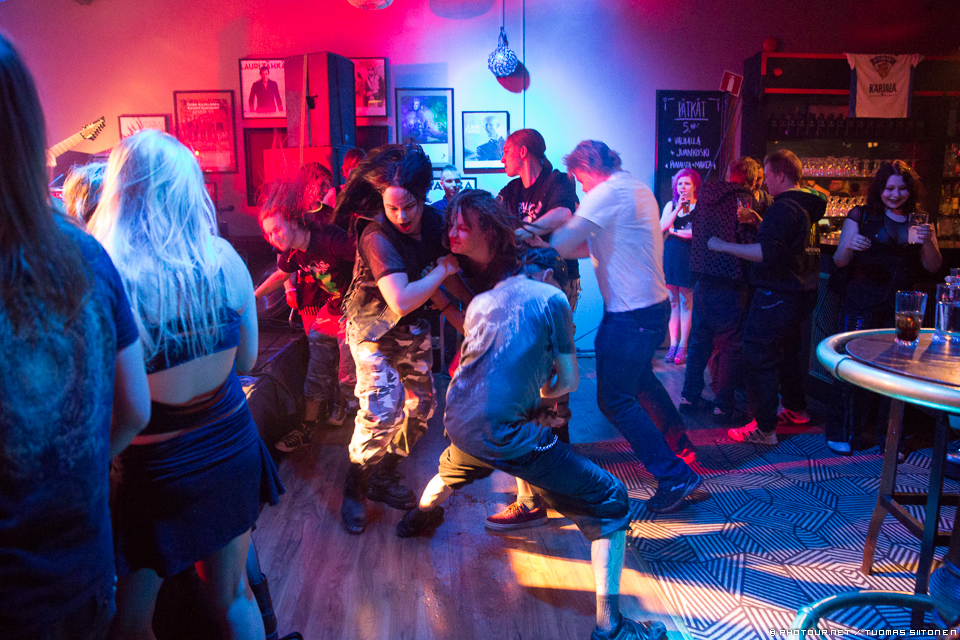 People dispersed from the instant proximity of the stage, as a small, but sturdy mosh pit was formed. 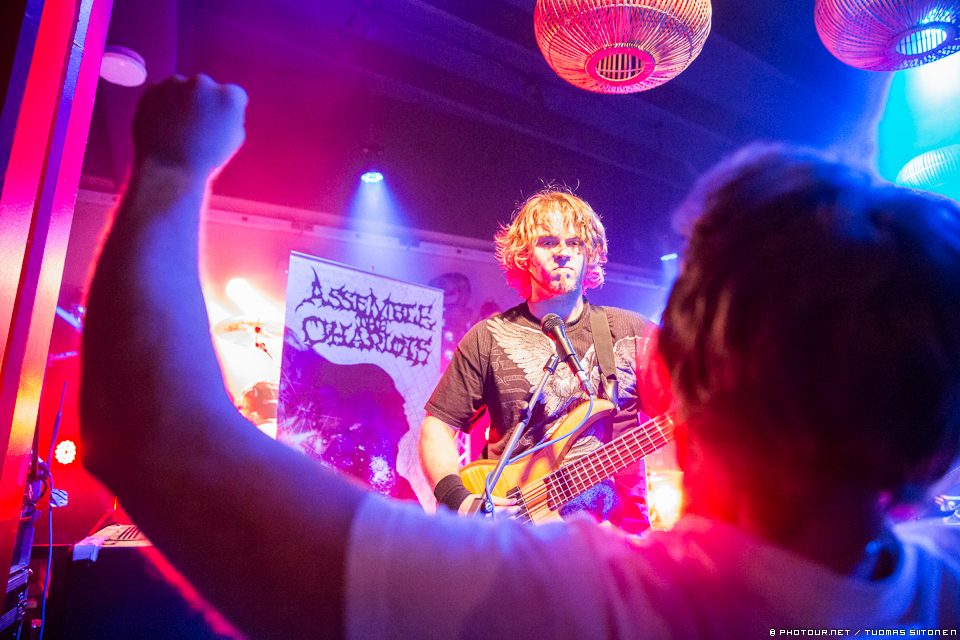 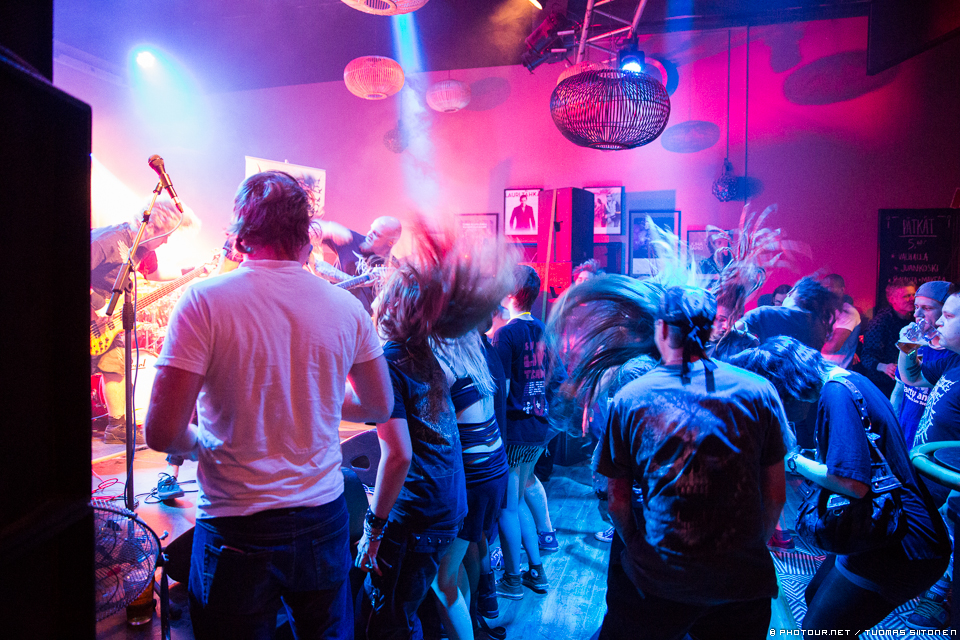 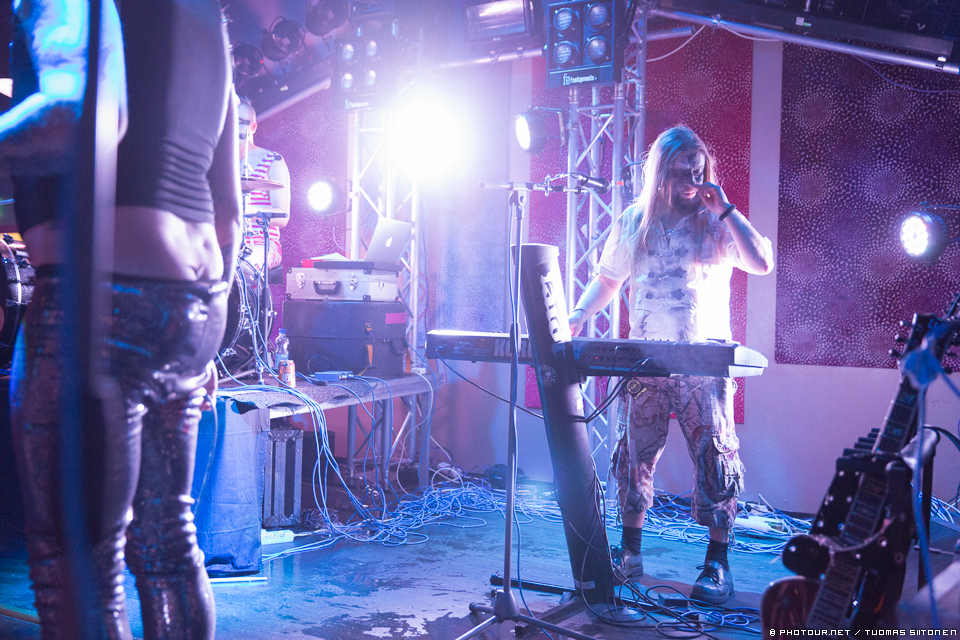 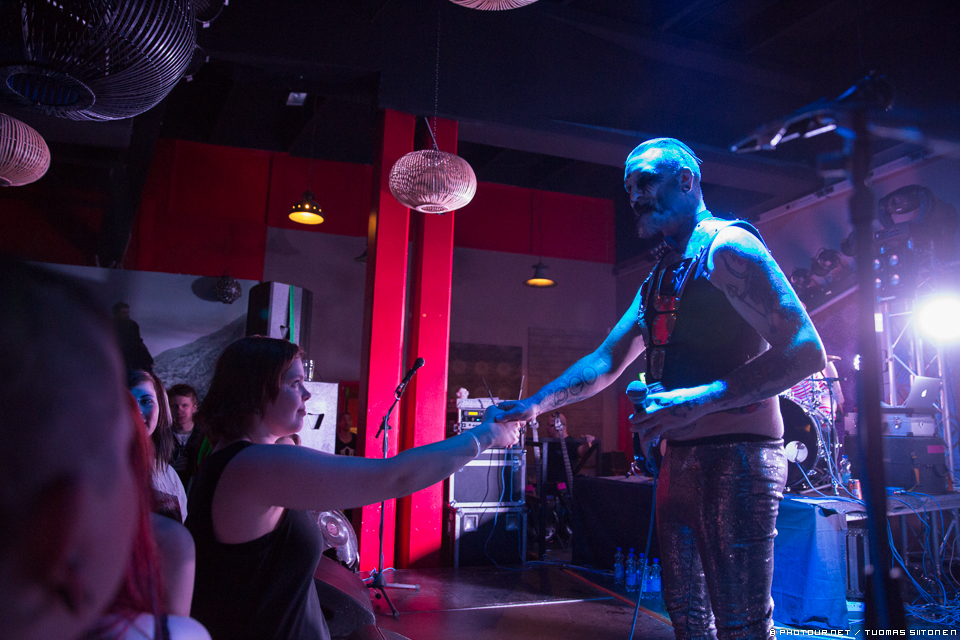 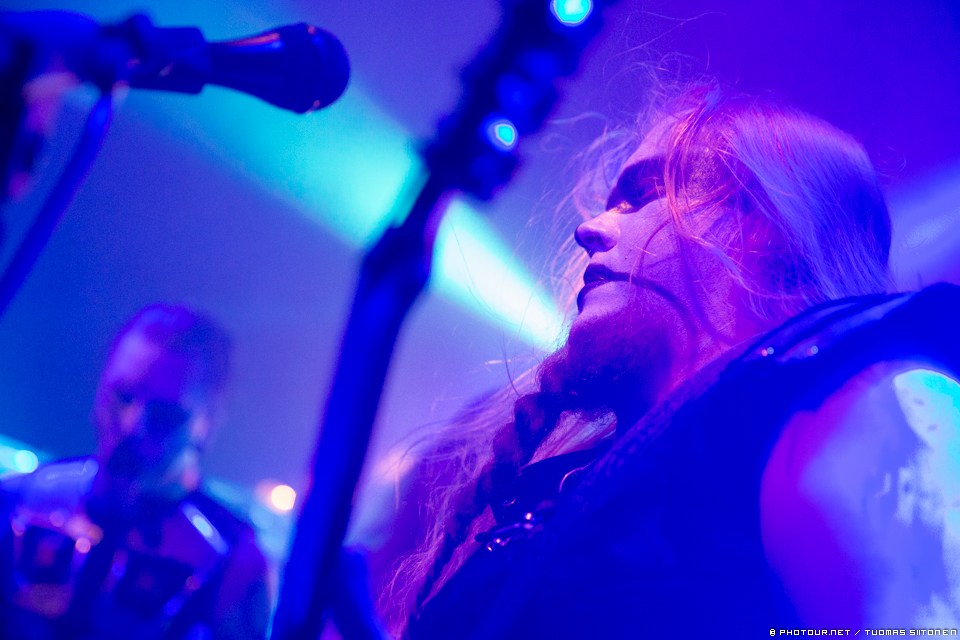 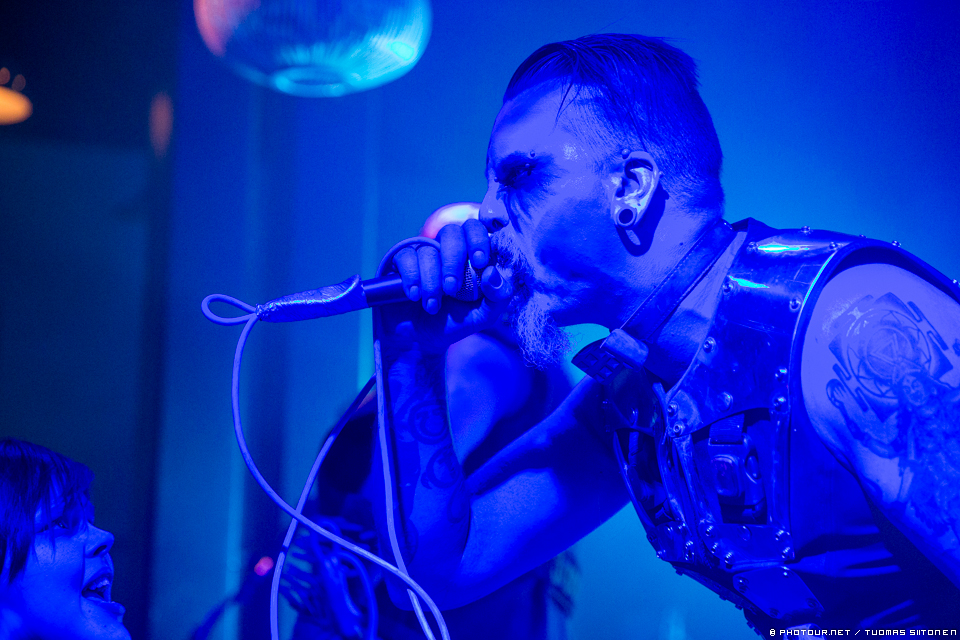 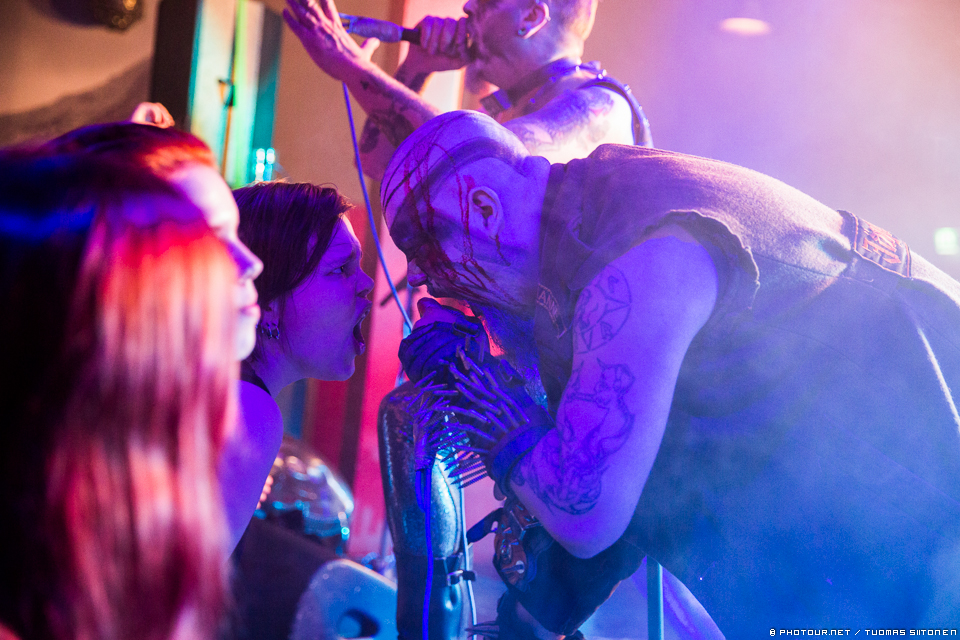 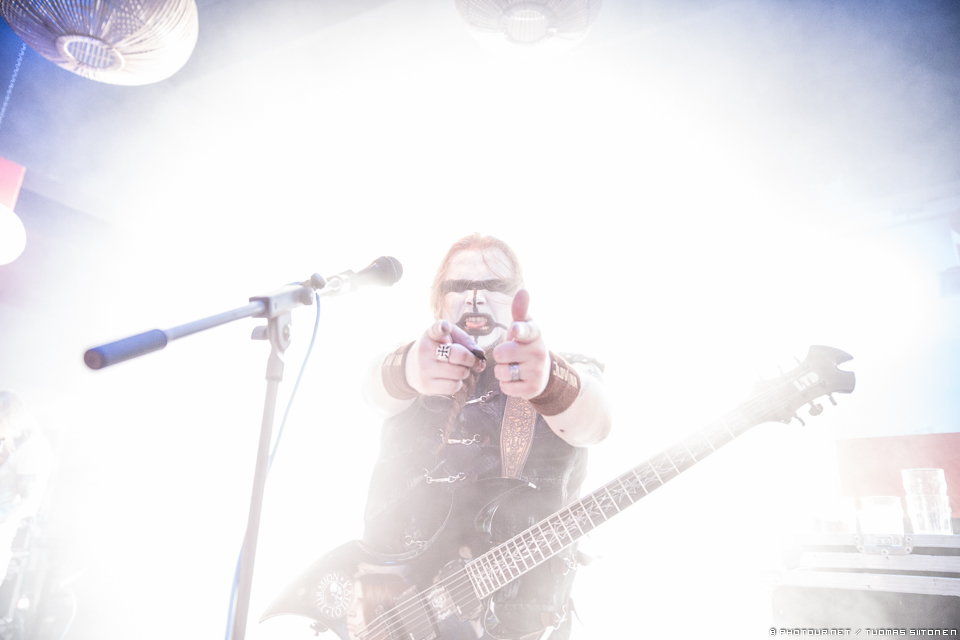 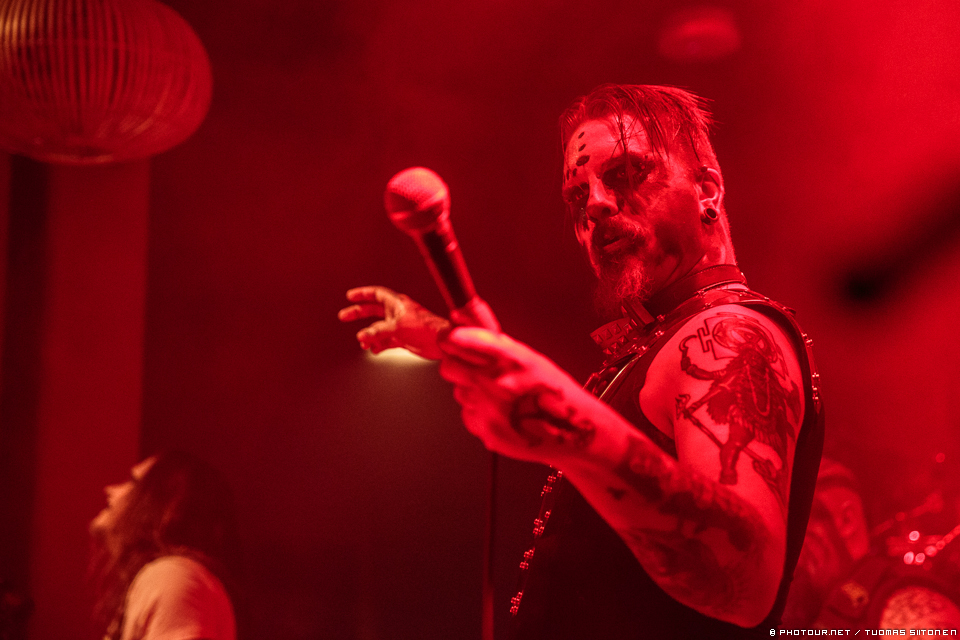 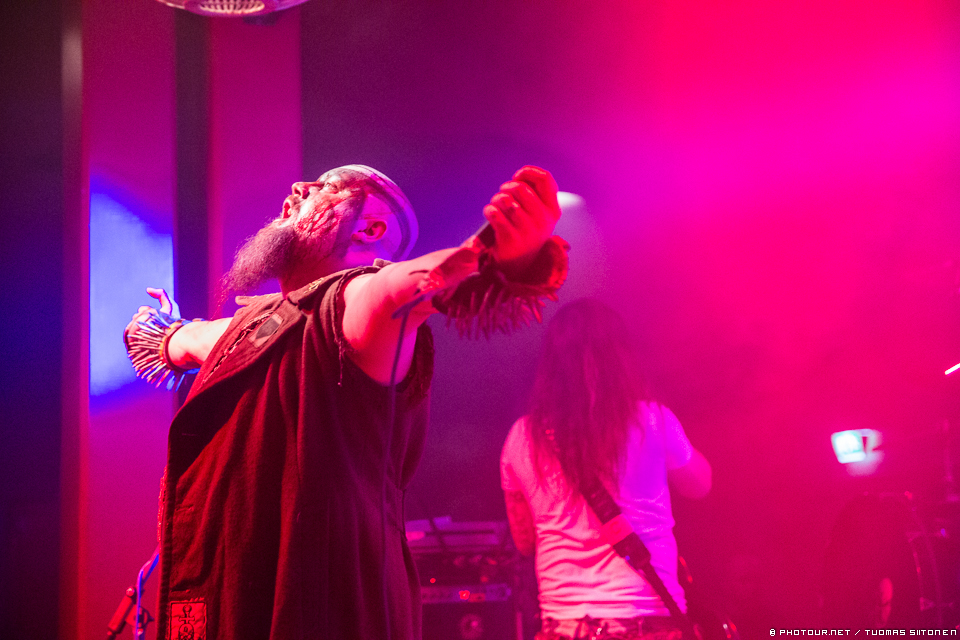 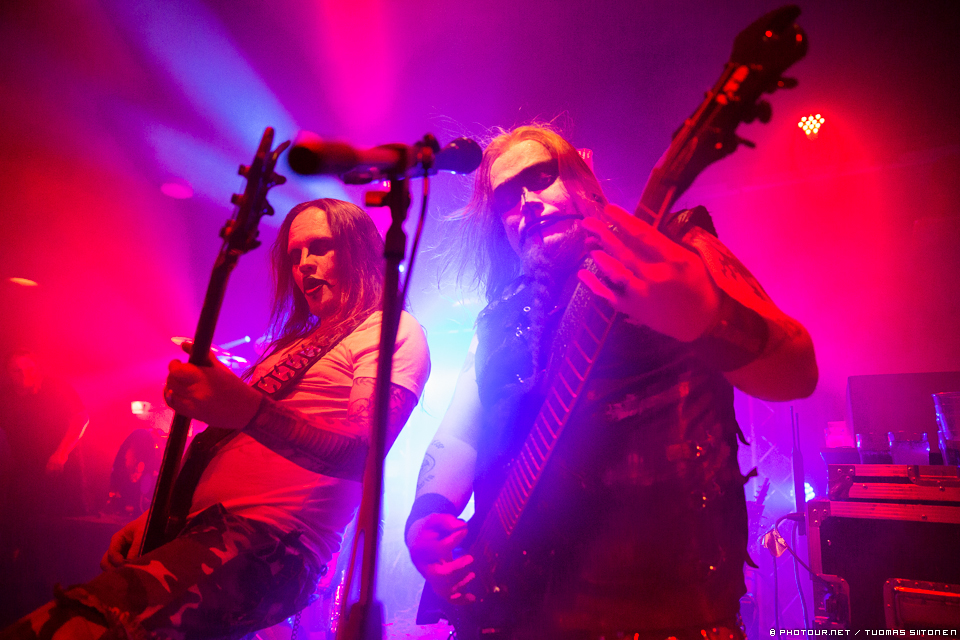 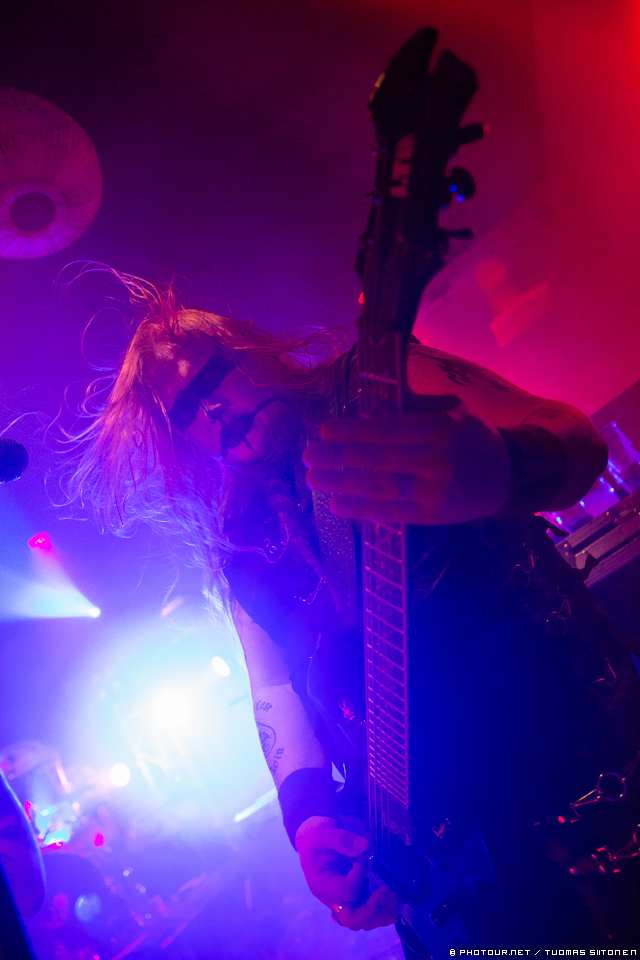 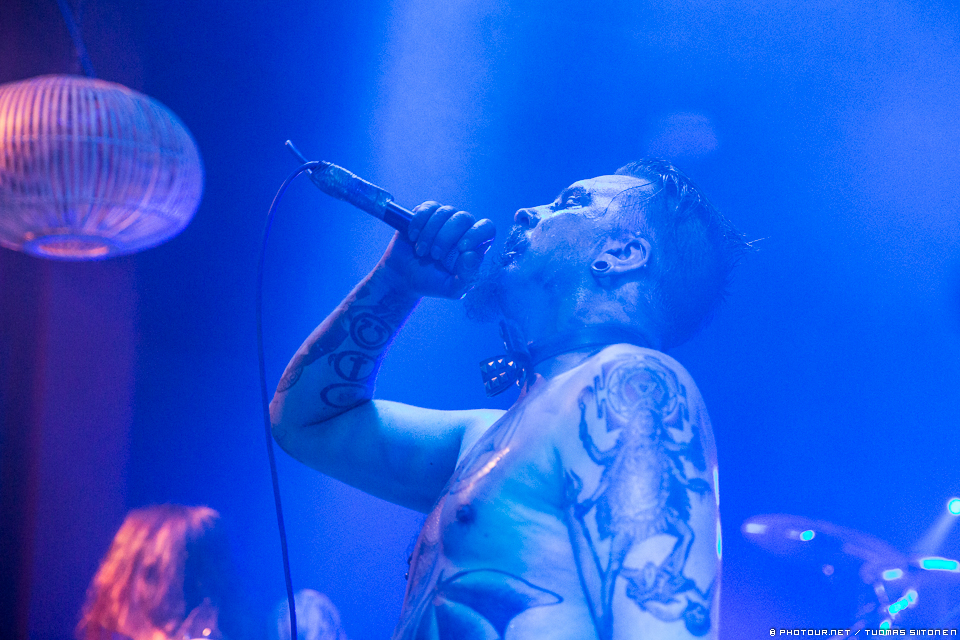 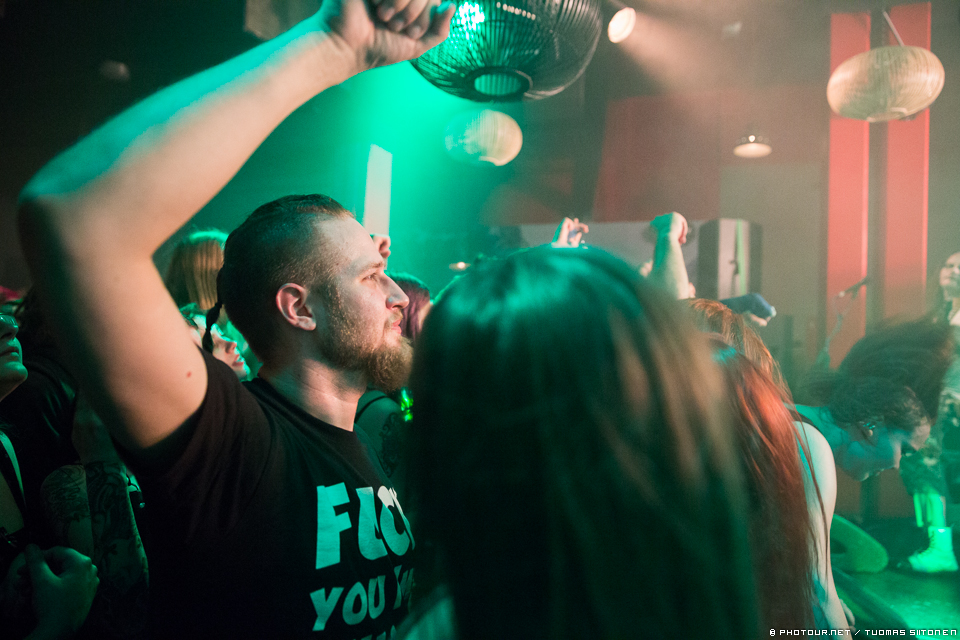 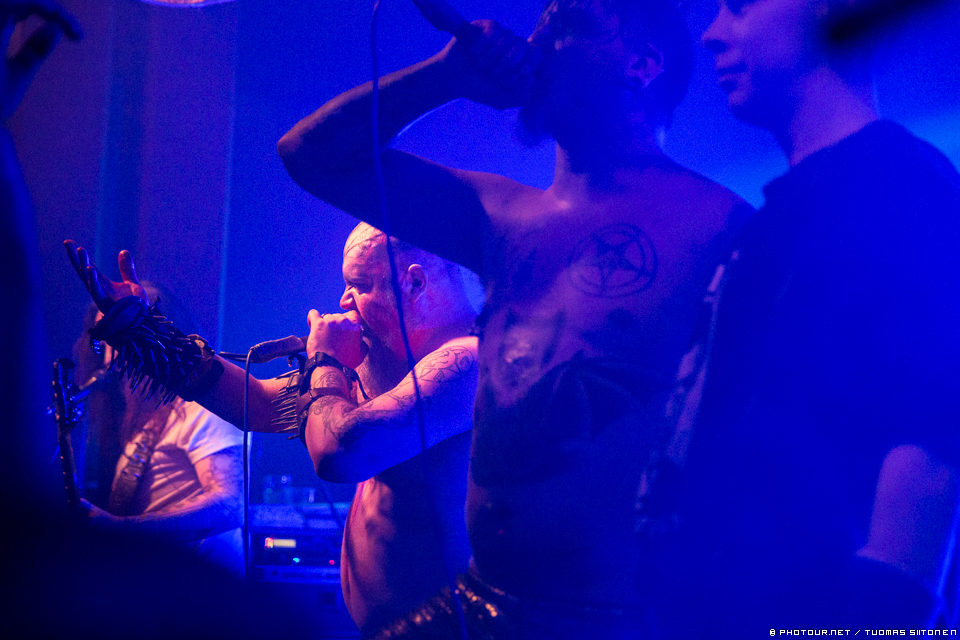 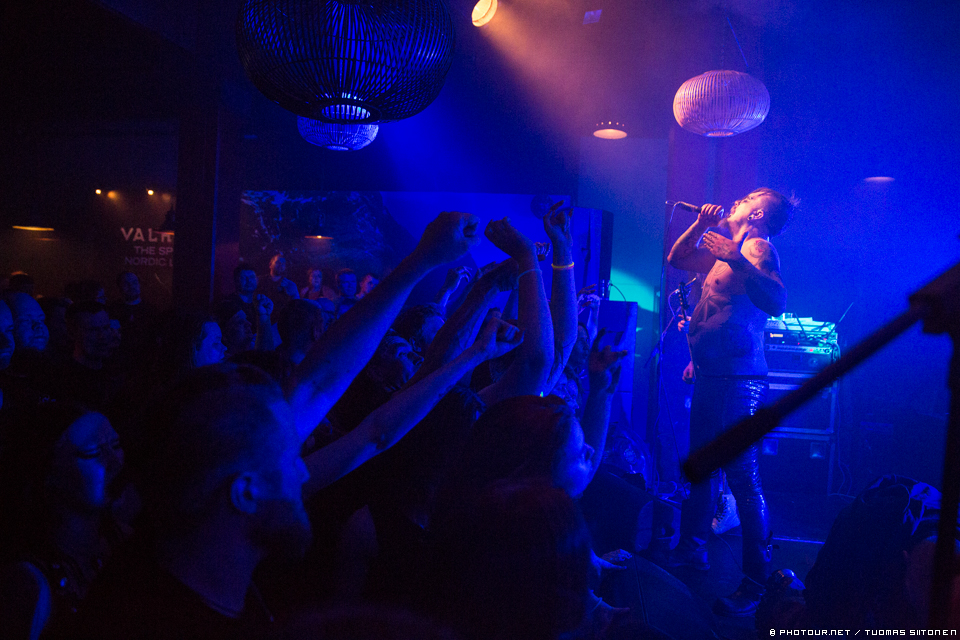 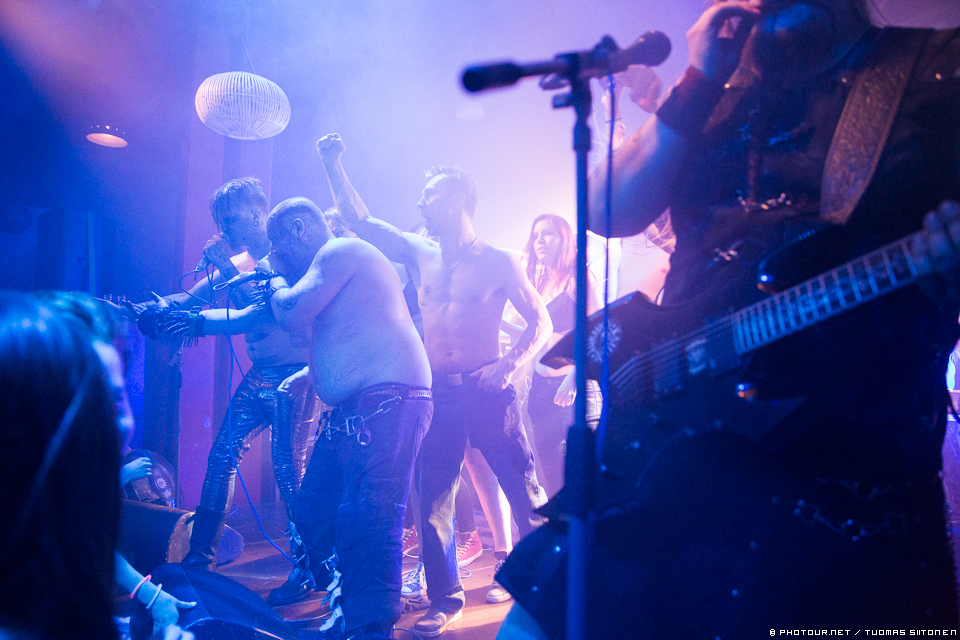 Suddenly, dozens of shirtless people on the stage. 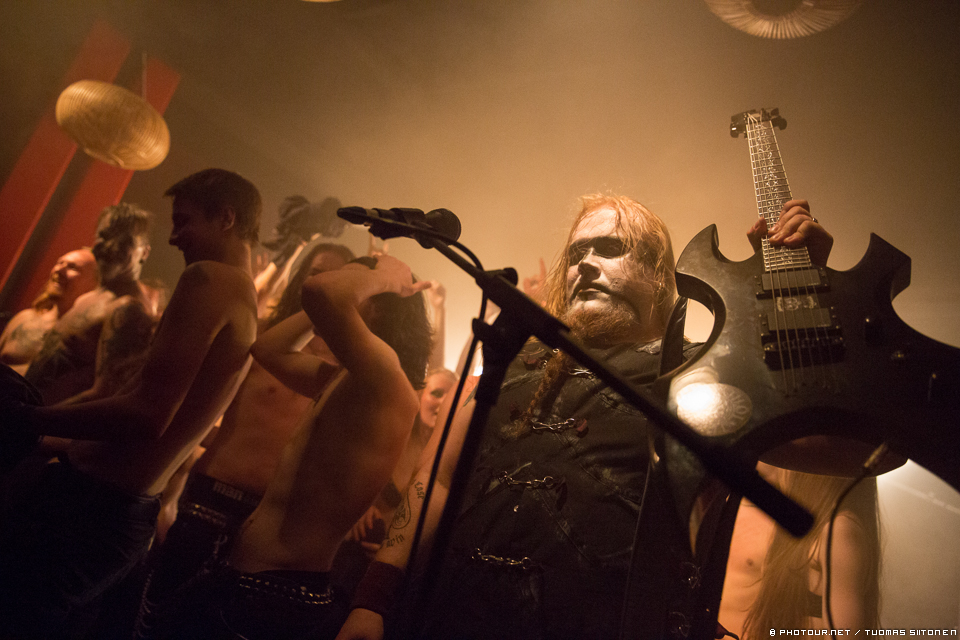