These are the behind the scenes and outtake photos from Project L: Part 31 – The Failboat.

It was wonderful to notice that even though we were somewhat displeased of the trip to Stockholm, the feedback from the photos was hugely positive and pleased. Then again, we planned some more posed shots, but instead relied on the casual, candid shots of Tii. Only a handful of the photos were actually posed, and thus it seemed that it was easier for viewers to identify with the model.

Project L’s all about latex in everyday life, isn’t it.

The lights of the ship were really not suitable for such candid photography that we ended up doing. I had considered taking my strobes with me on the ship, but knowing that we’d have to walk to the ship and back, I instead decided on leaving them home. Plus when shooting on an enclosed area such as a cruising ship, gaining too much attention should be avoided, at least that’s how I feel about doing this kind of photography. Tii’s hair and her long figure already attracted plenty of (positive) attention, even to the point where even the ship’s staff stopped to thank her presentation.

The ship’s lights were mostly literal spot lights, small points of halogen lights embedded to the roof, pointing straight downwards with a narrow beam. When standing directly under such lamp, face’s angles – cheeckbone, nose, eye sockets – create strong shadows that create the impression of lack of sleep and old age. Thus we had to – as is always with photography – improvise and seek some perhaps odd places to be casual.

Then again, 1D X has a great dynamic range and it’s possible to edit those shadows away in Lightroom, but it’s always better to get the lighting conditions right on the first try.

No video this time – sorry! We just… didn’t take enough of it. There are no other excuses. 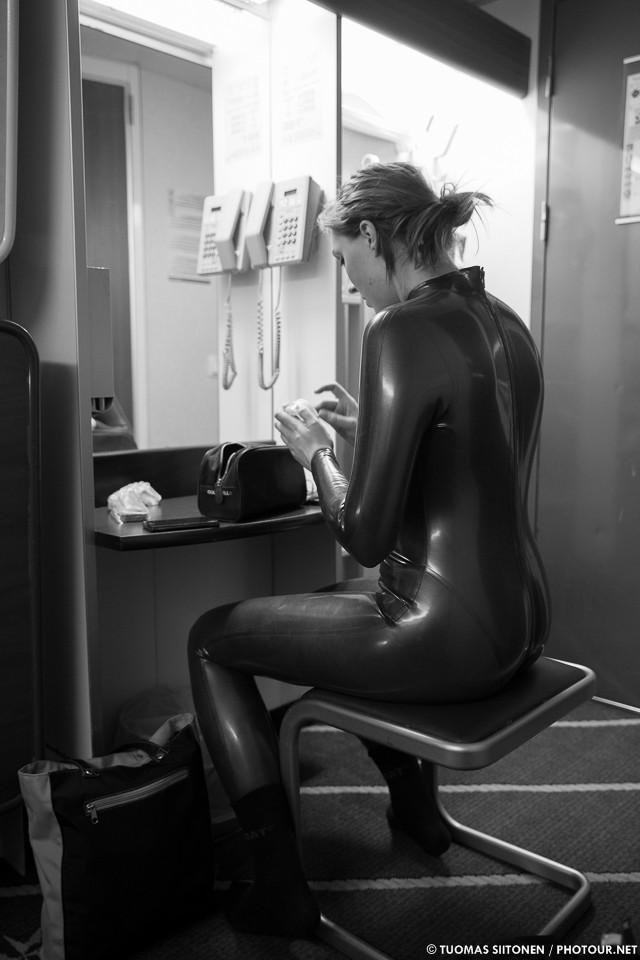 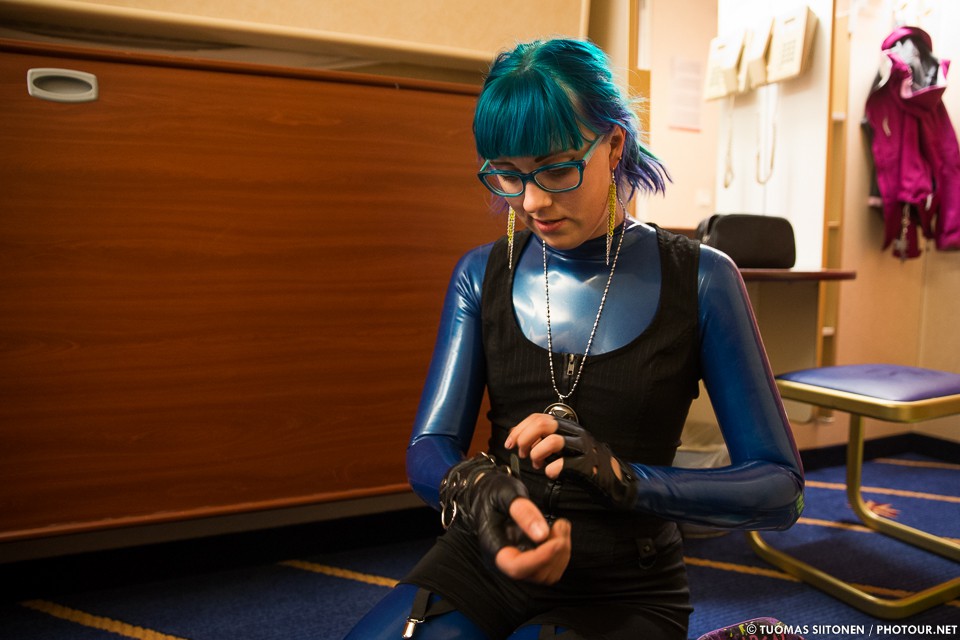 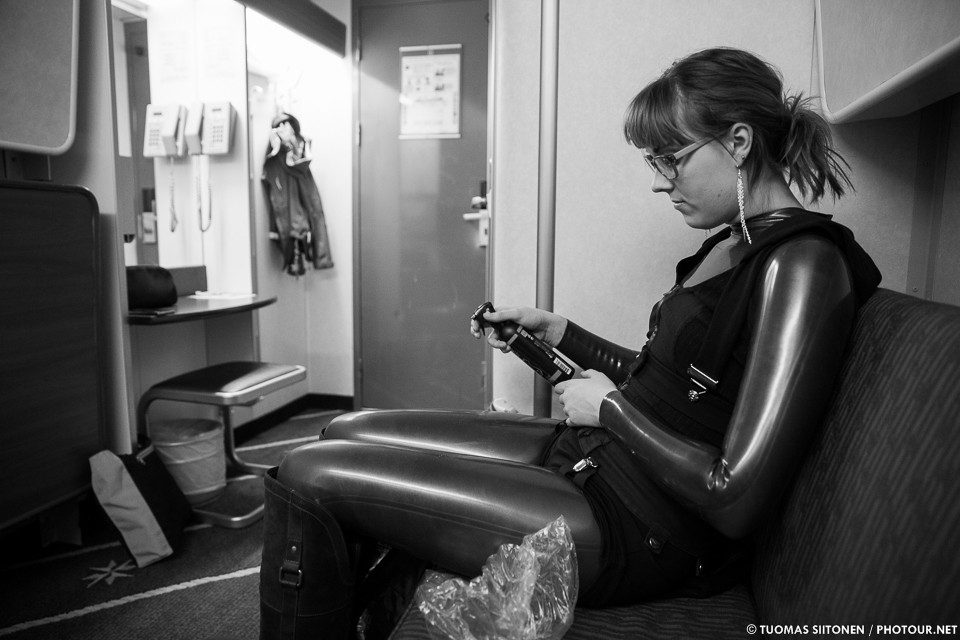 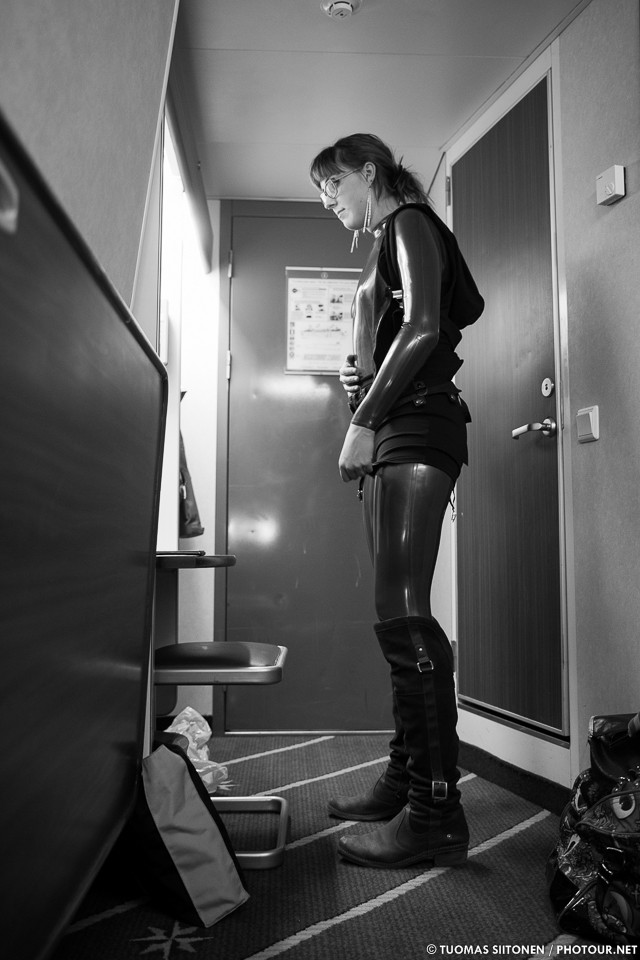 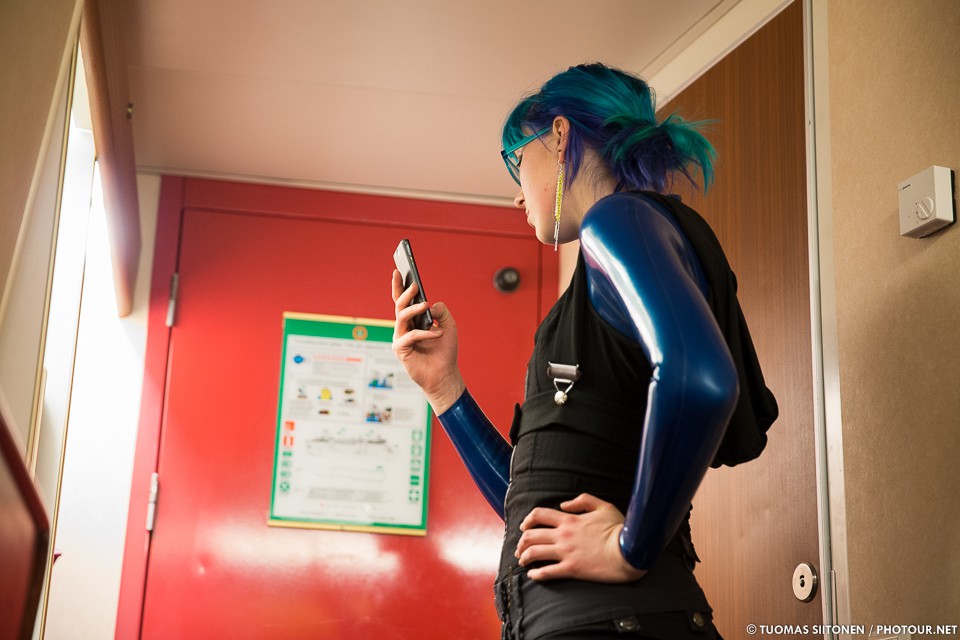 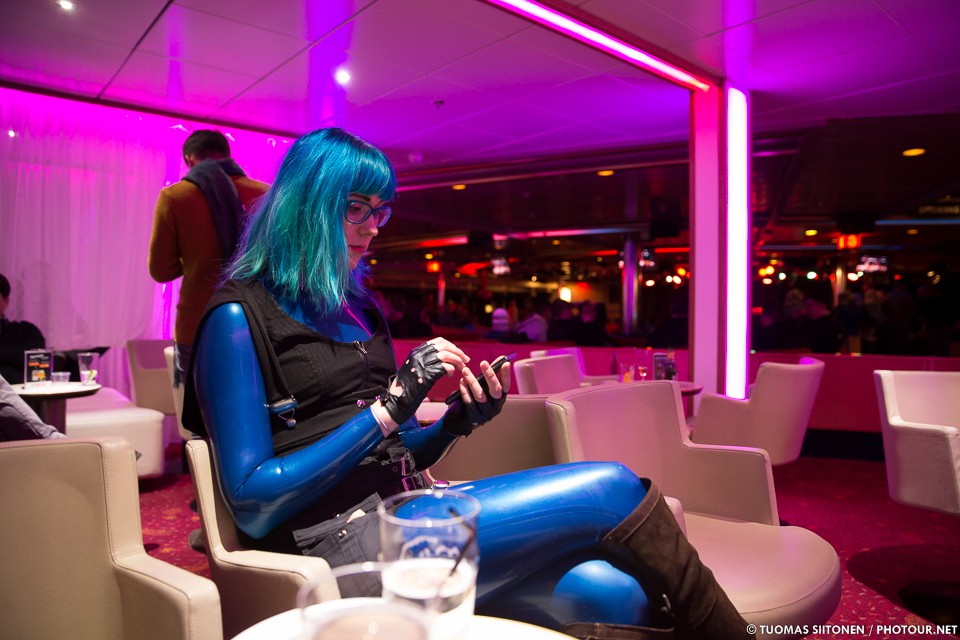 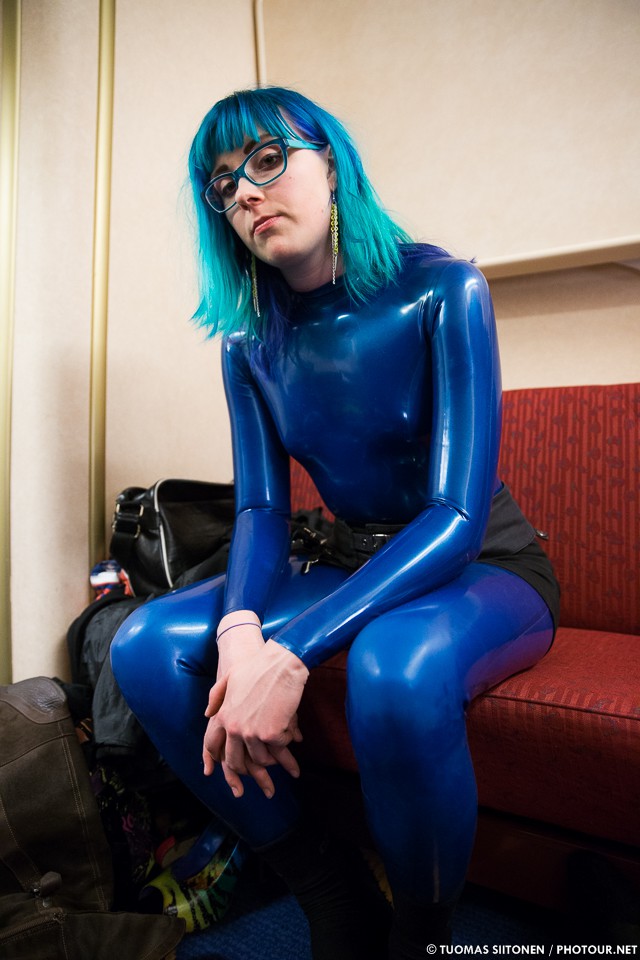 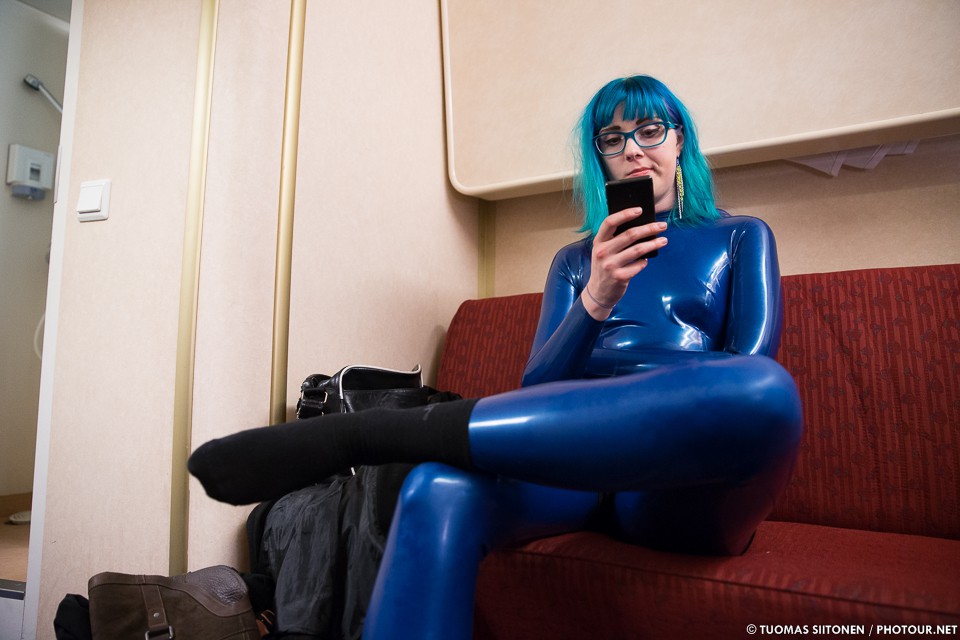 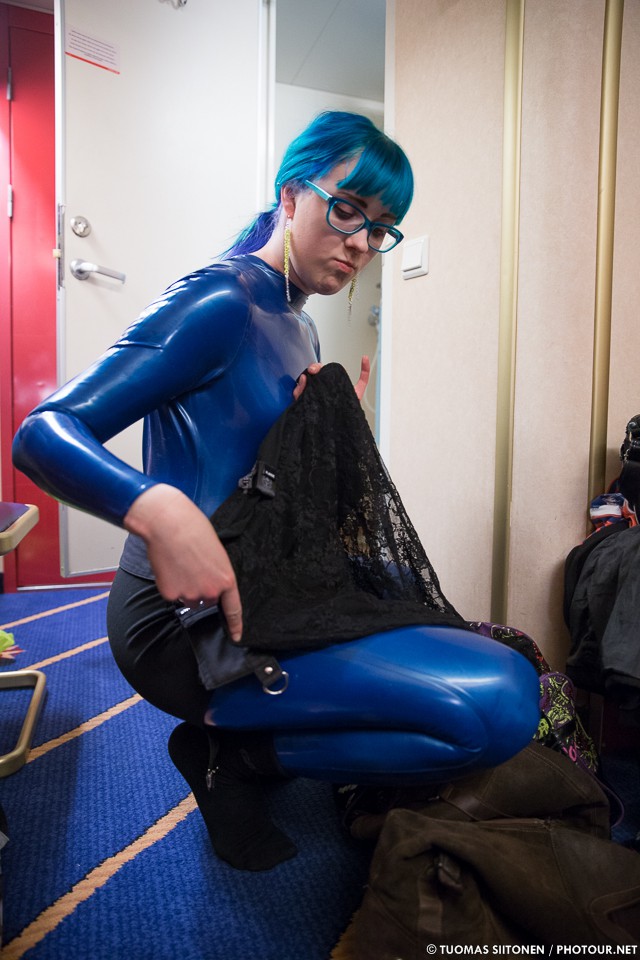 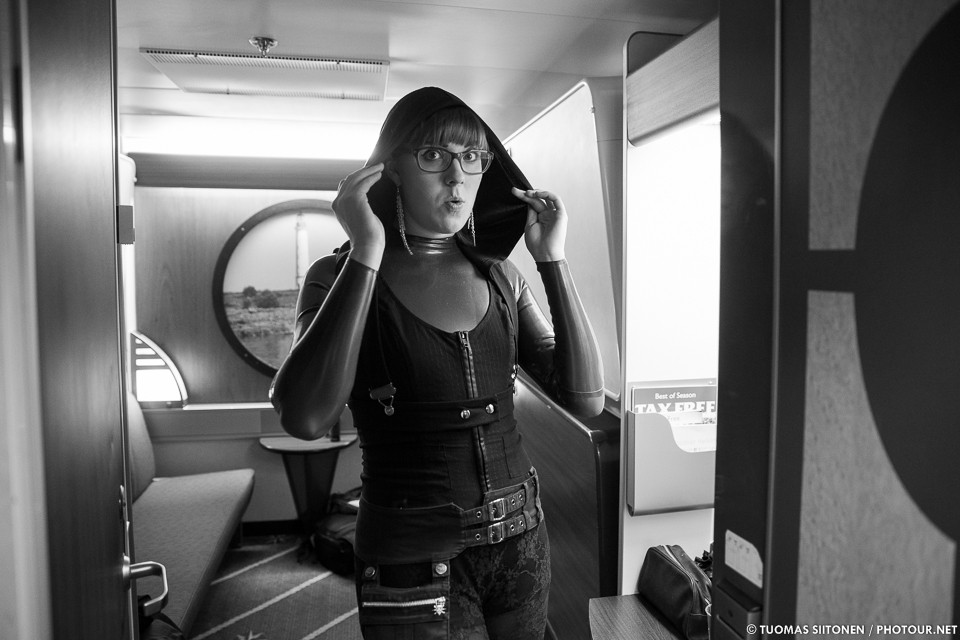 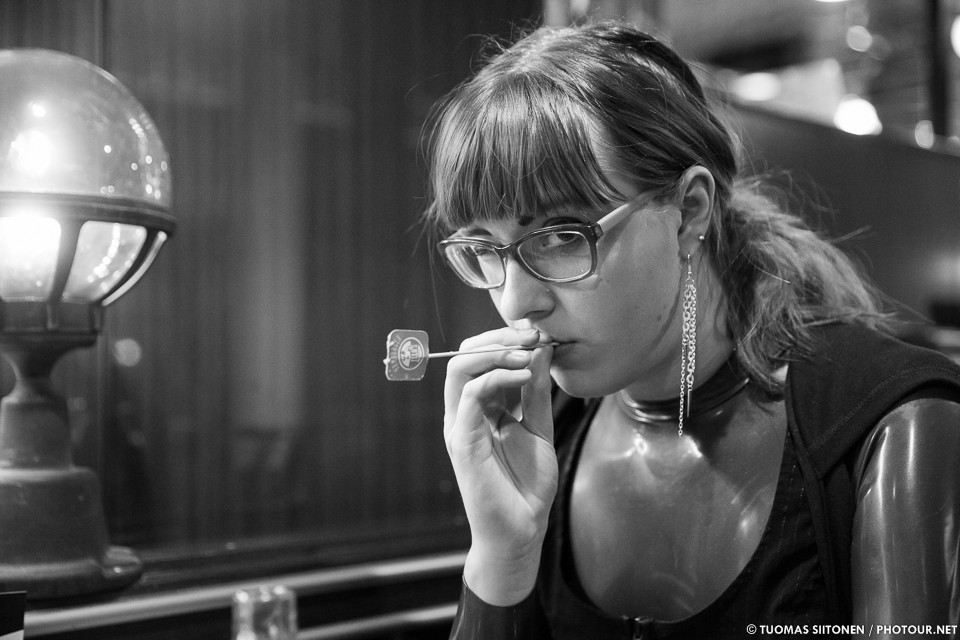 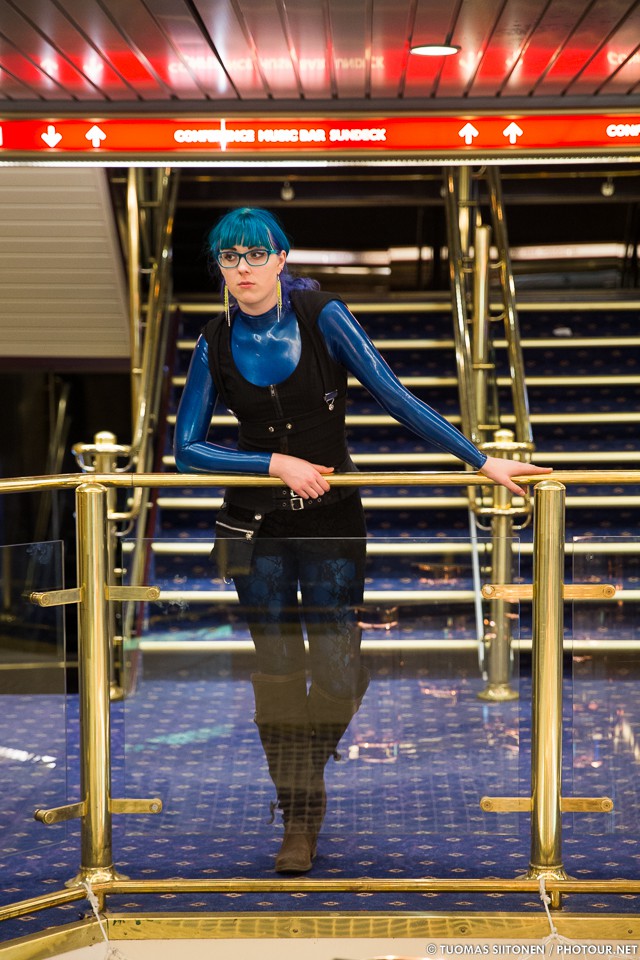 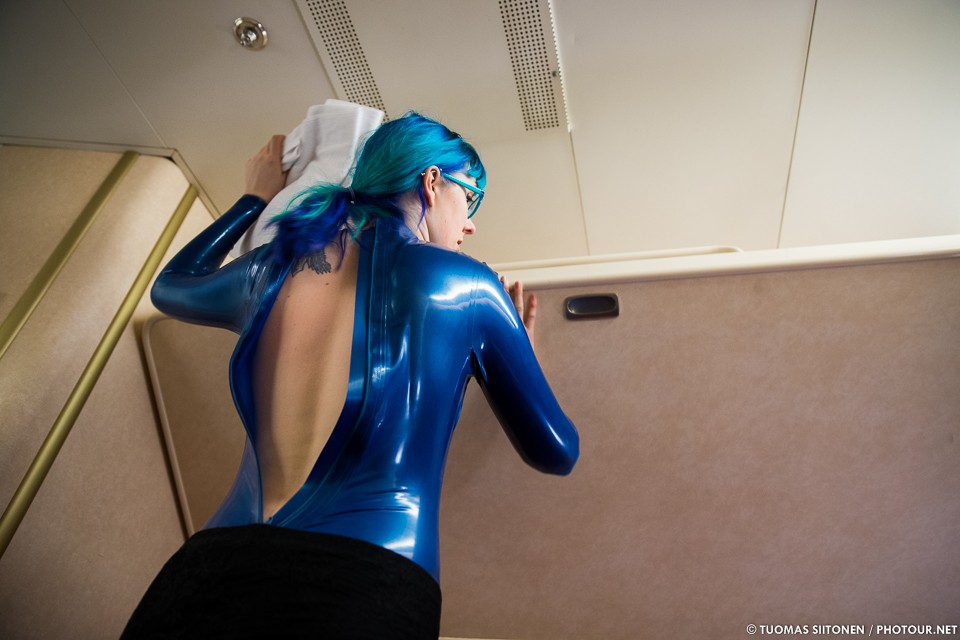 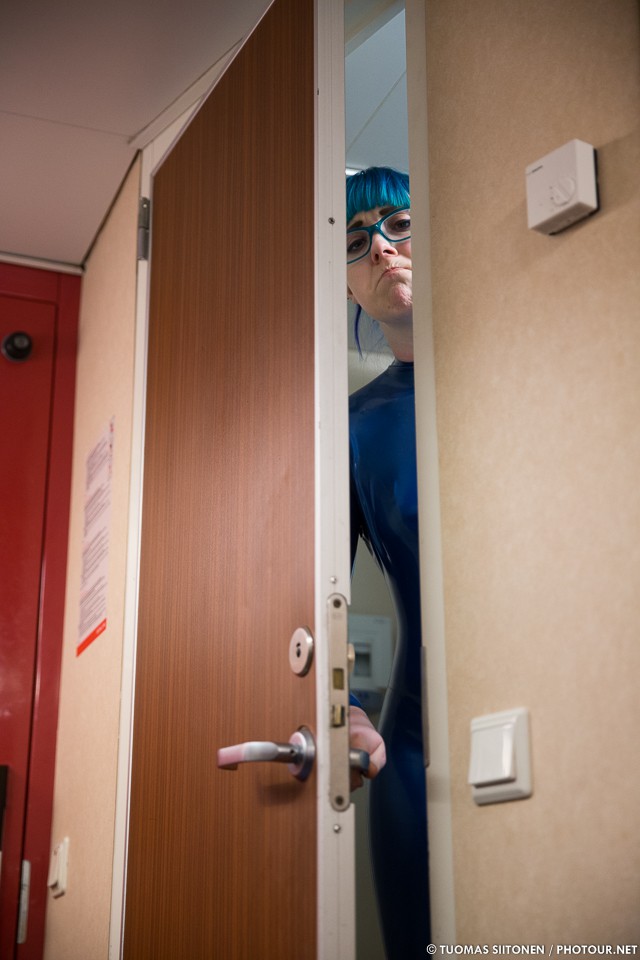 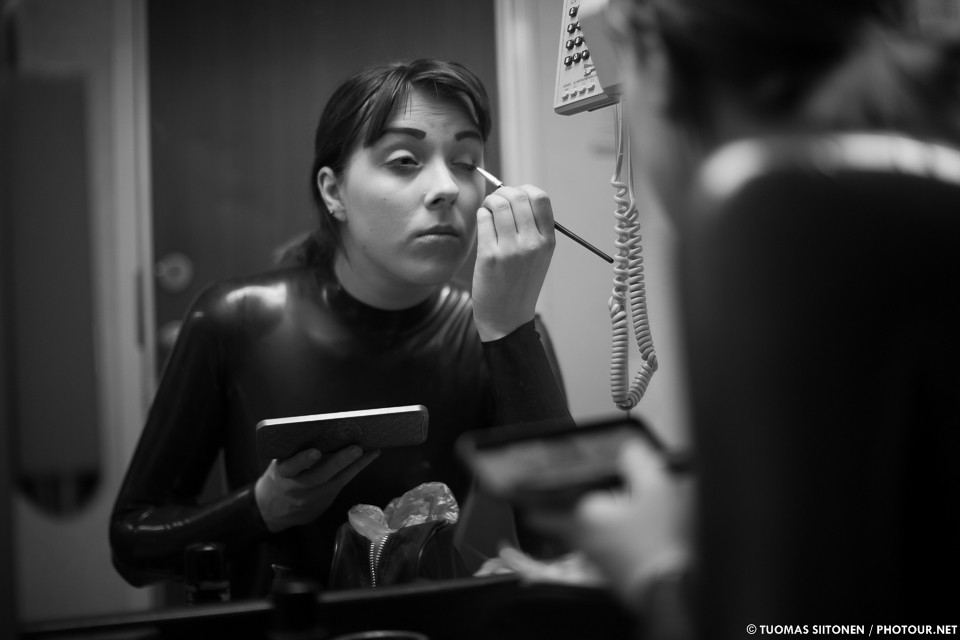 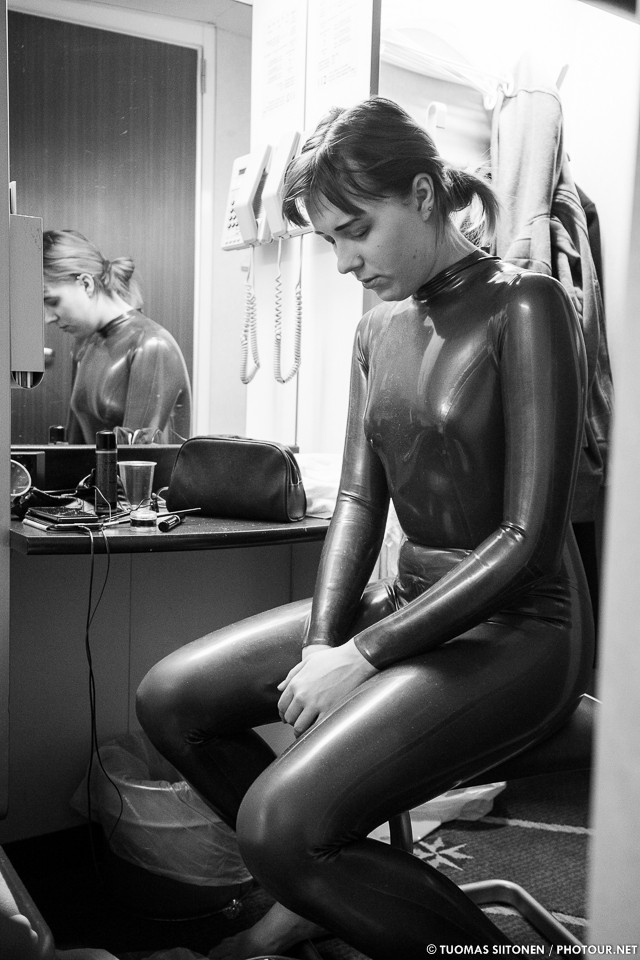 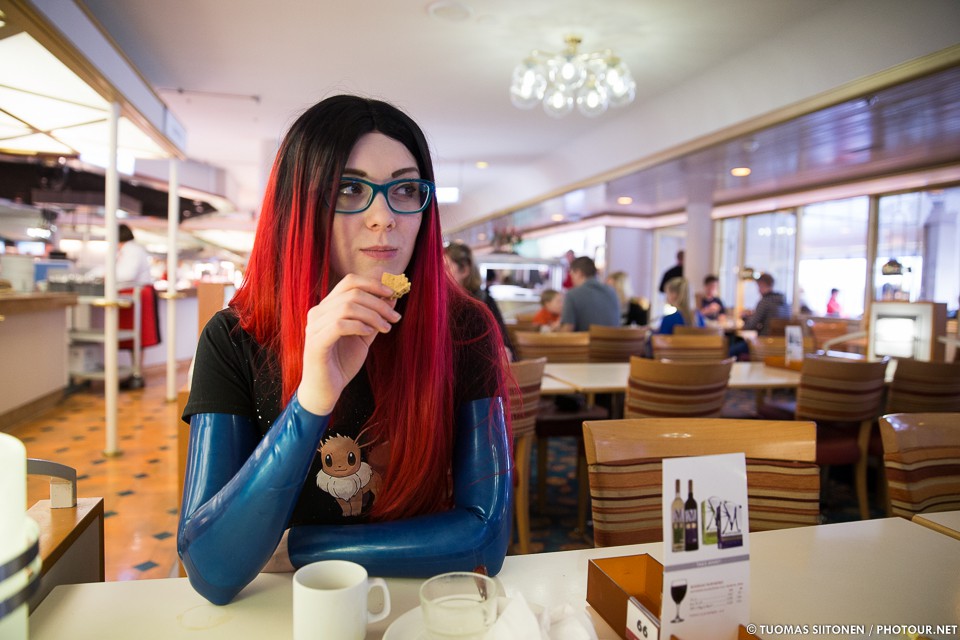 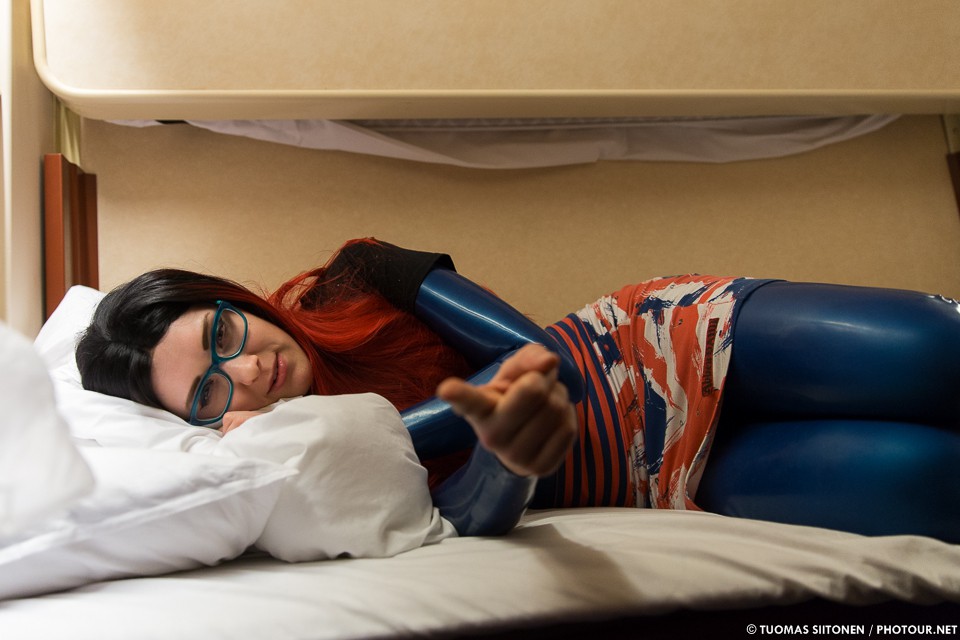 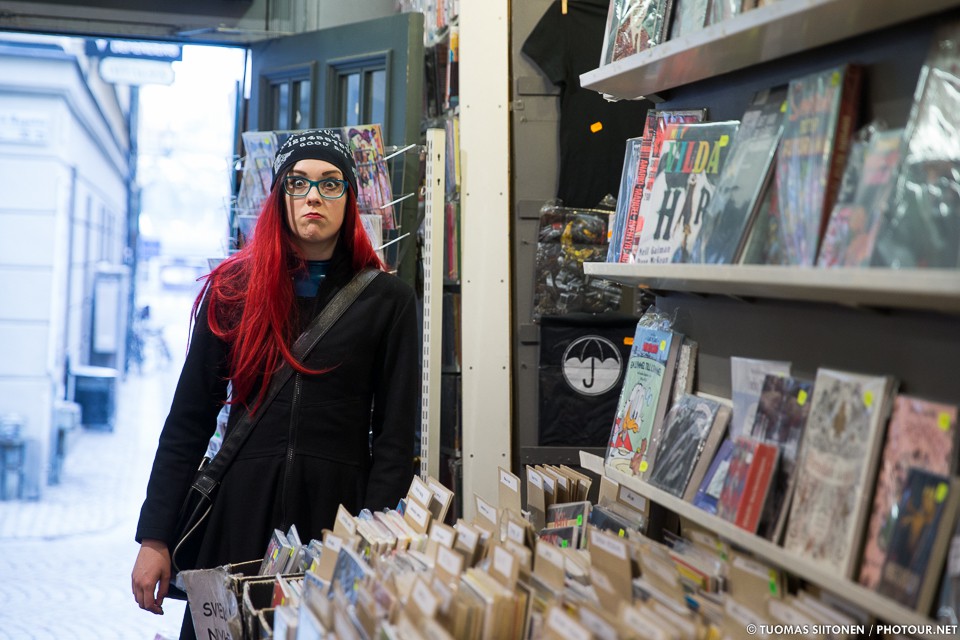