These are the behind the scenes and outtake photos of Project L’s 33rd part.

Let’s start with a short reminder again! If you didn’t know, Project L has now its own Patron, where you can access exclusive content, work in progress photos, early videos and so on by supporting the project. We’ve already reached $81 per published project in a few days and managed to get rid of AdSense!

Thank you so much to you who’ve already supported us!

No, it’s not necessary. Yes, Project L will still remain free. Yes, you can be an anonymous patron. Yes, I will love you for taking part of the project either way.

And back to the project’s behind the scenes.

When you want to do things properly, you’ve got to waddle through the swamps of bureaucracy. And a lot of that is indeed required when your photoshoot includes a hefty amount of real-looking weaponry. People are paranoid – and for a good reason, remembering the late threat of Ukraine, attacks to Charlie Hebdo’s desk and so on.

There are laws in Finland that prohibit carrying any weapons or real-looking weapons openly on the public, thus it was only wise to inform the authorities beforehand. I wrote a lengthy letter to Eastern Uusimaa Police Department describing our photoshoot’s purpose, its participants, locations, shooting times and explained how careful we were to perform. The same letter, a bit modified, was sent to Kerava’s Emergency Dispatching Centre.

Before we started, by using our connections we did another confirmation by calling the sergeant on duty and ensuring that the information had gone through.

Afterwards we called yet again to inform that the photoshoot was over – any weaponry seen henceforth would probably be a bad thing. Luckily nobody had called the emergency centre nor had seen us as a threat to mankind. Perhaps wearing a neon green vest with PRESS on its back helped a bit.

And no, nobody pressed the vest. We were a bit disappointed.

Again – against my regular practices – I had an assistant. Although calling him an assistant is a mere understatement, as it was only because of his help we got the Swedish army’s surplus truck and the weaponry. Thank you!

Besides driving the truck and instructing on the use of weaponry, I put our assistant in the usual task – pointing the reflectors and strobes.

The day had mainly strong overcast, but at the decisive moment sun peeked through a thinner cloud; this resulted in one of my favourite pics with the model standing by the anti-air missiles (S-125 Neva air defence system if I’m not entirely mistaken). This shot was taken at Tuusula’s Air Defence Museum.

It’s really wonderful to have such lighting; the thin cloud lets some of the sun’s rays through and illuminates the world softly, thus eliminating the need of a reflector or a strobe to open up the shadows. When the sun is shining directly at the target, the shadows are just too deep – and when it’s completely overcast, the target’s lighting is usually rather bland and grey. 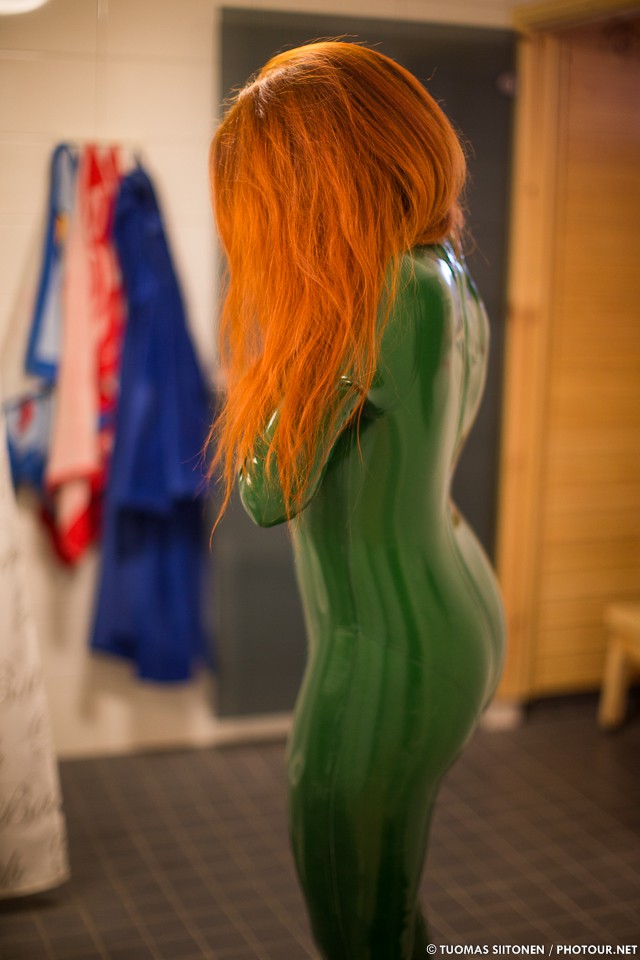 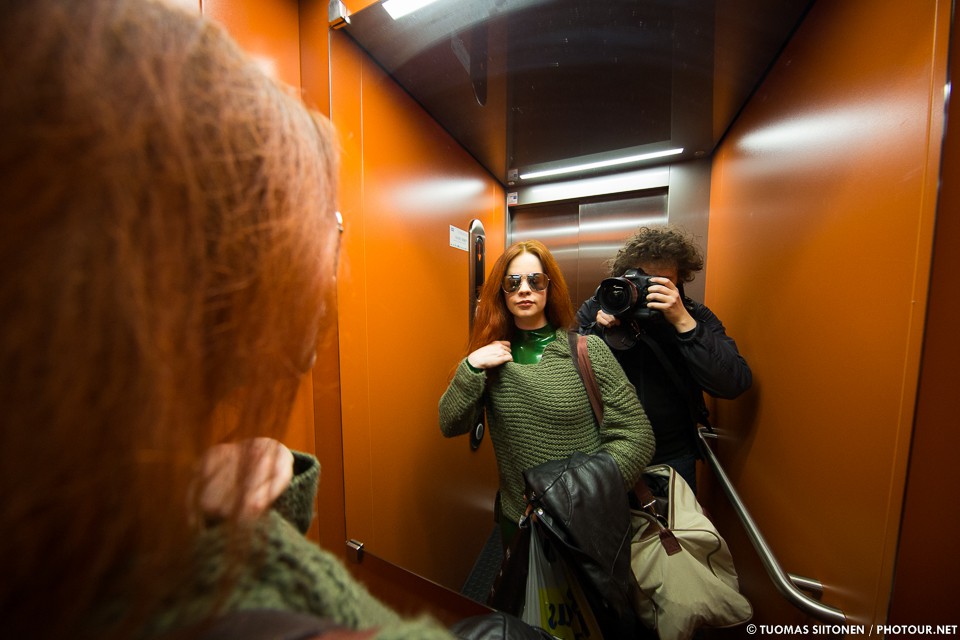 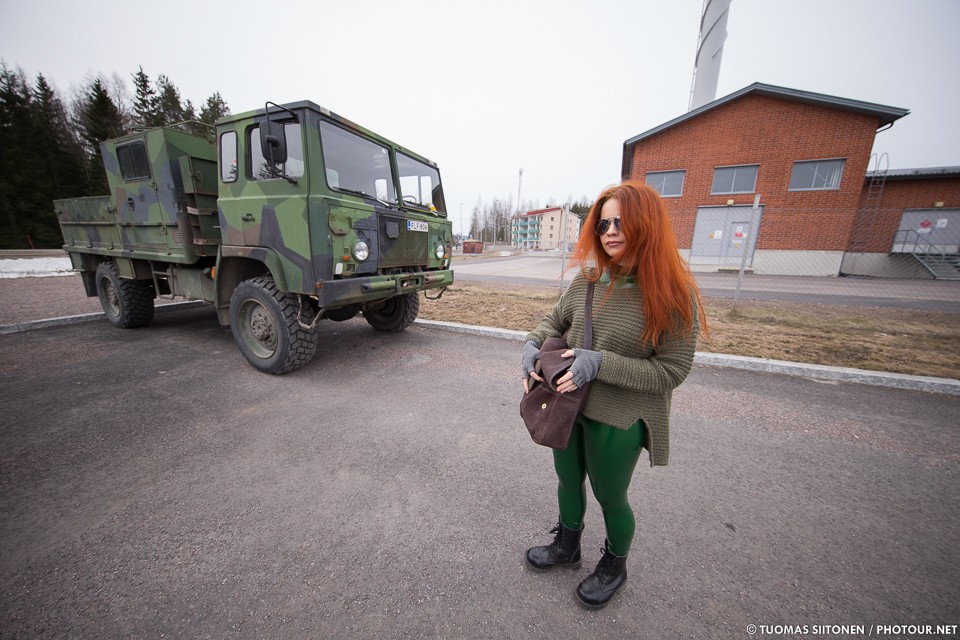 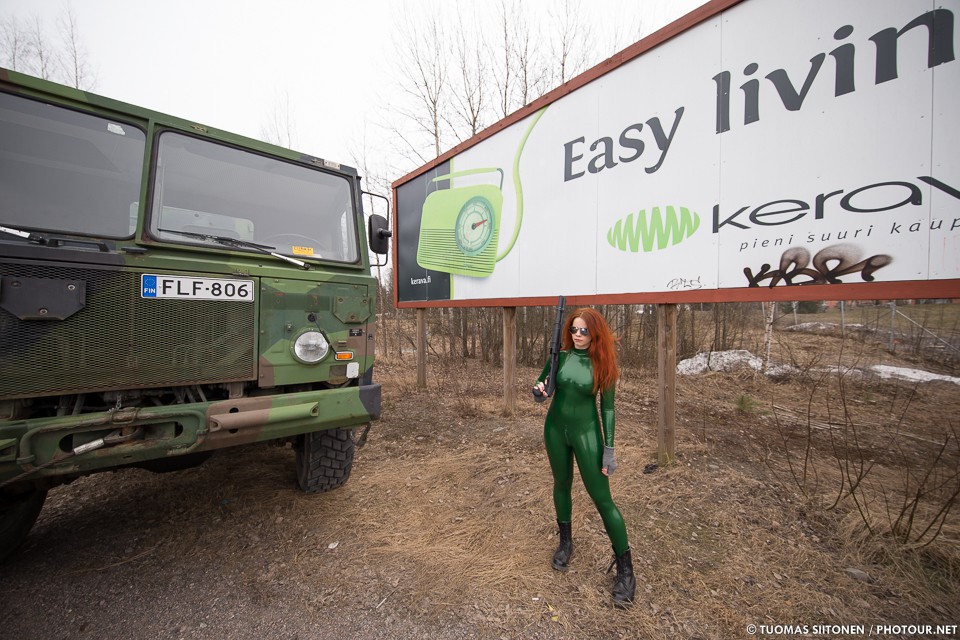 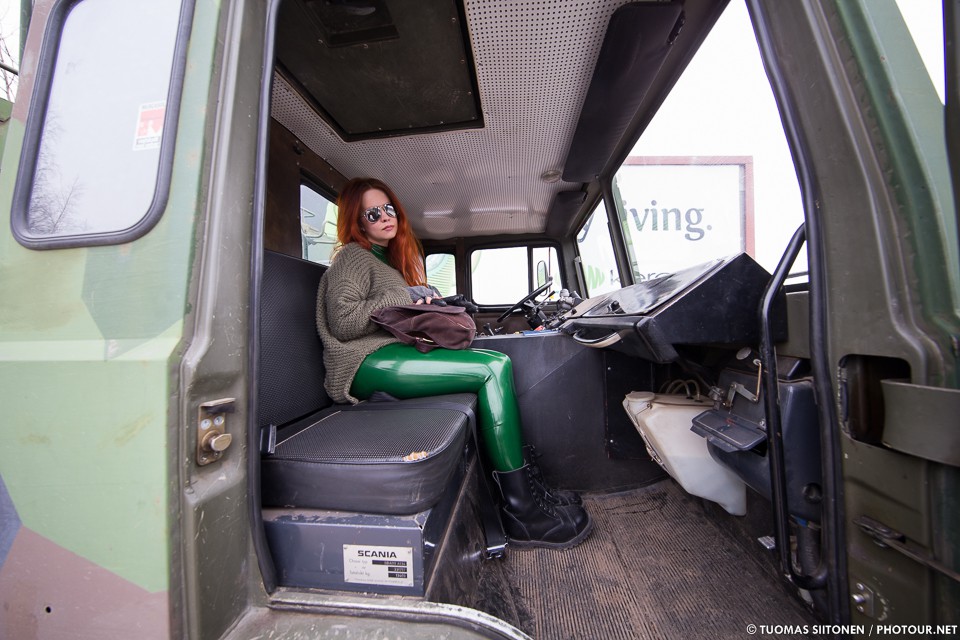 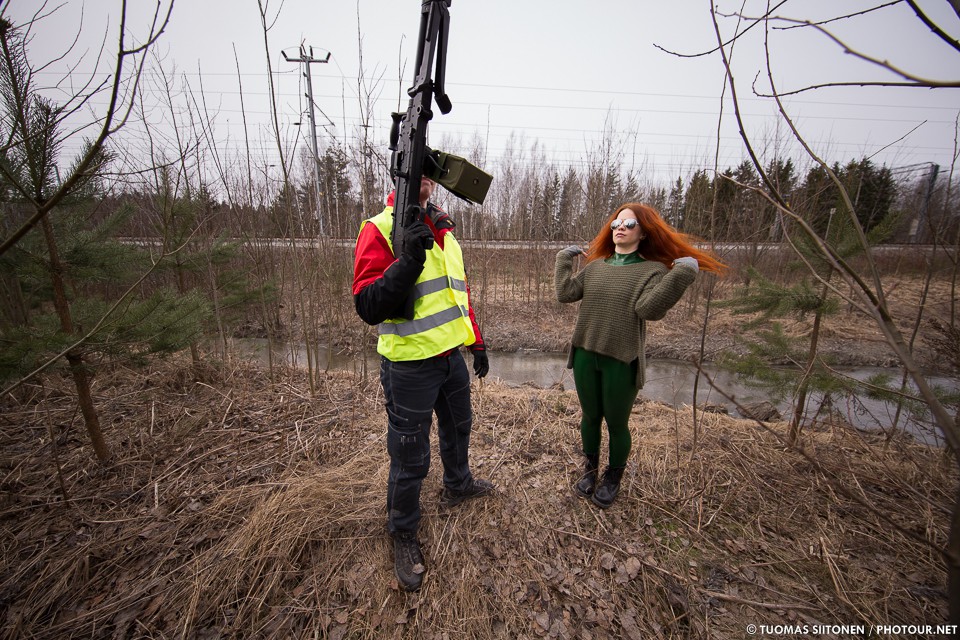 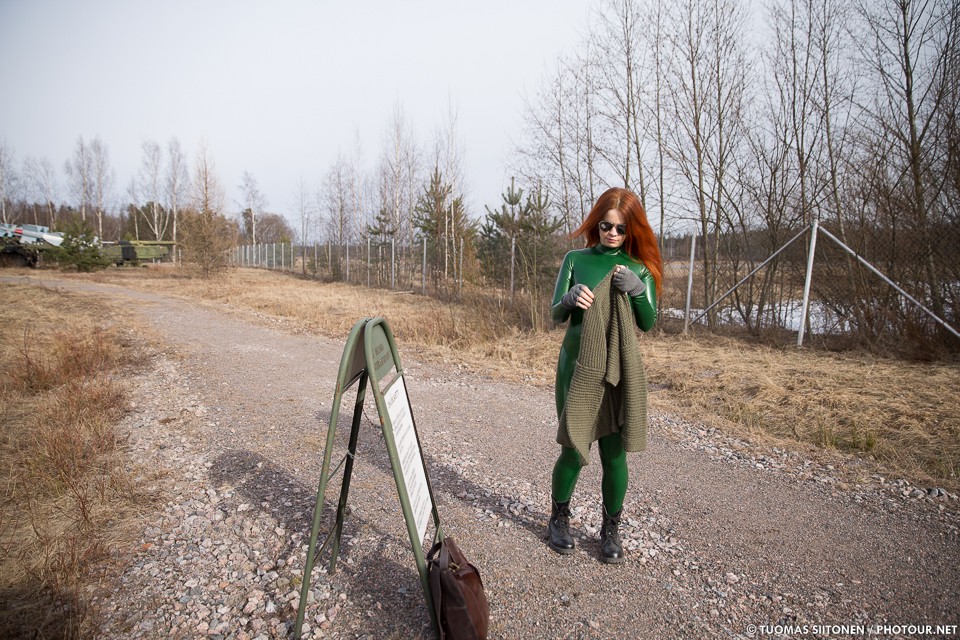 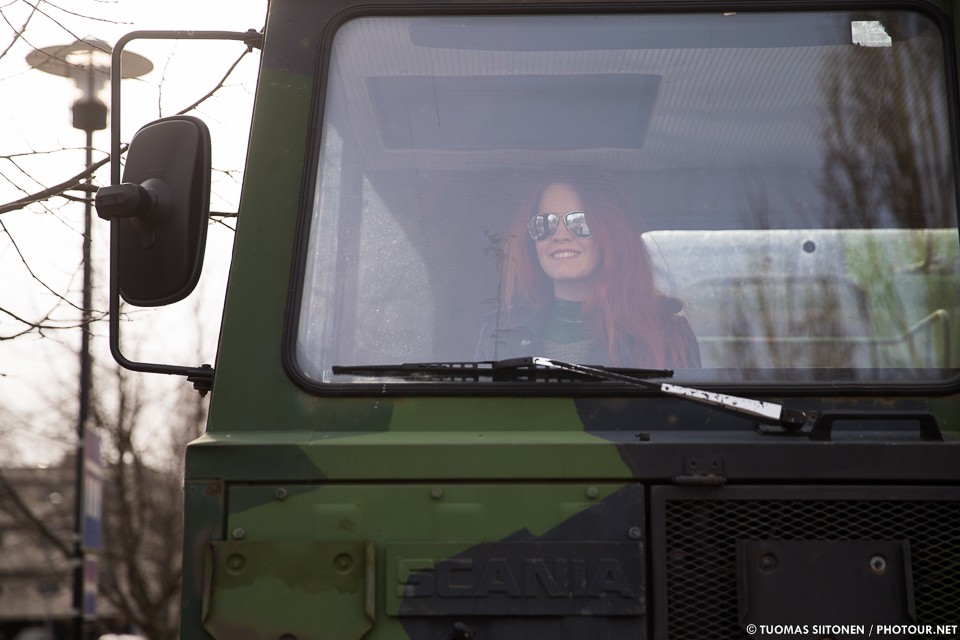 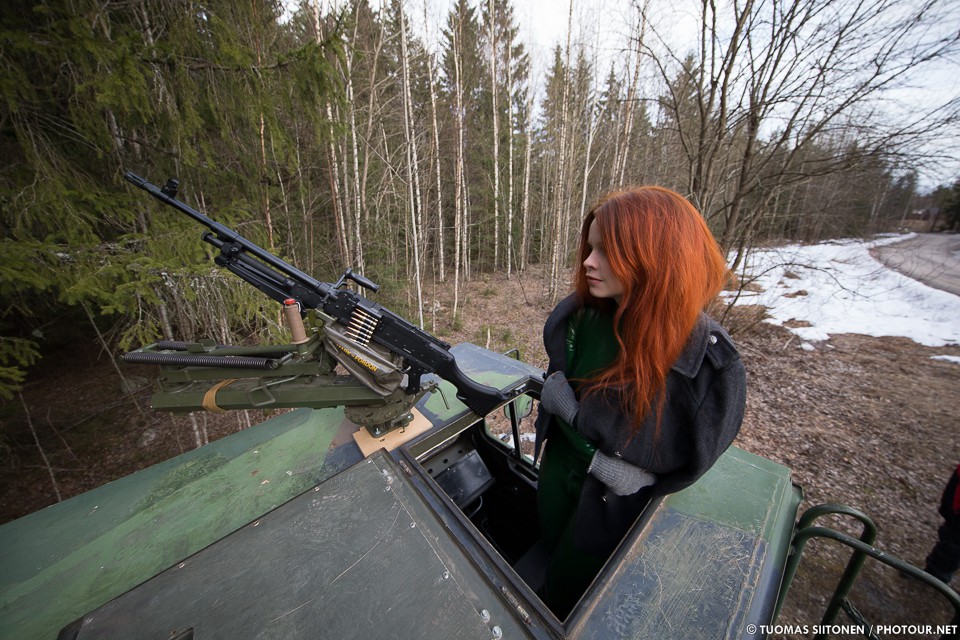 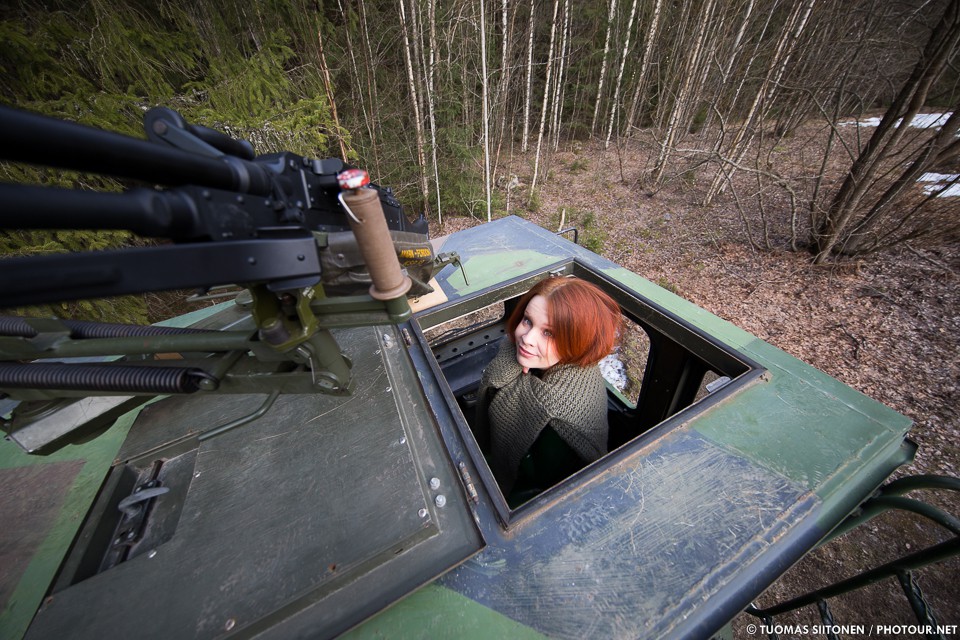 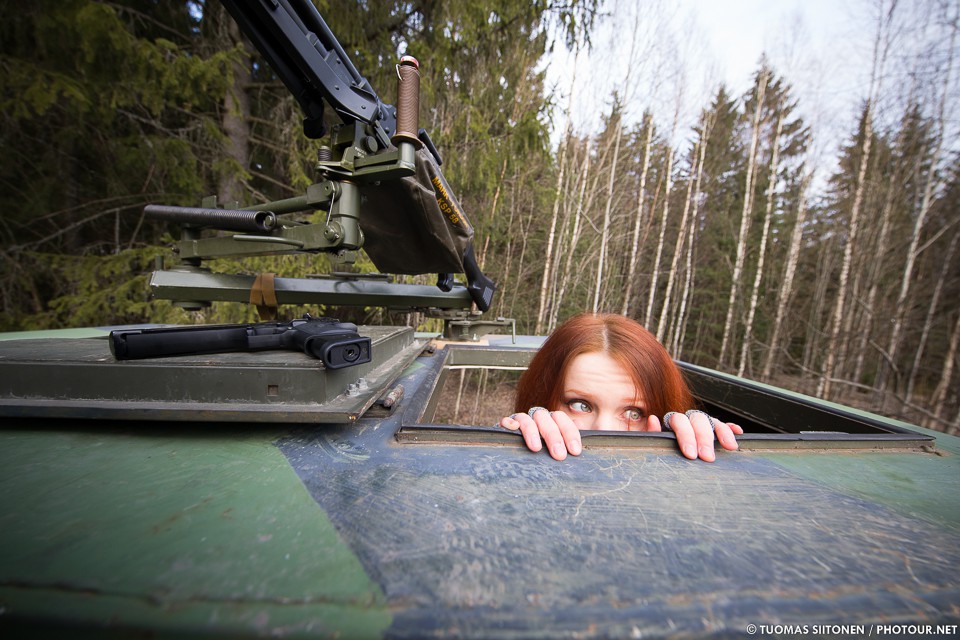 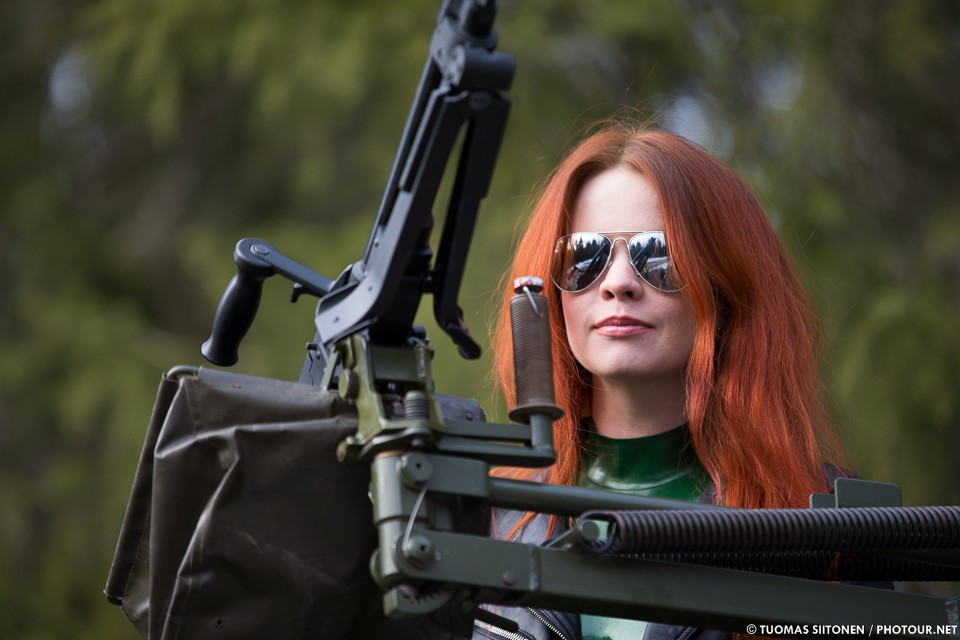 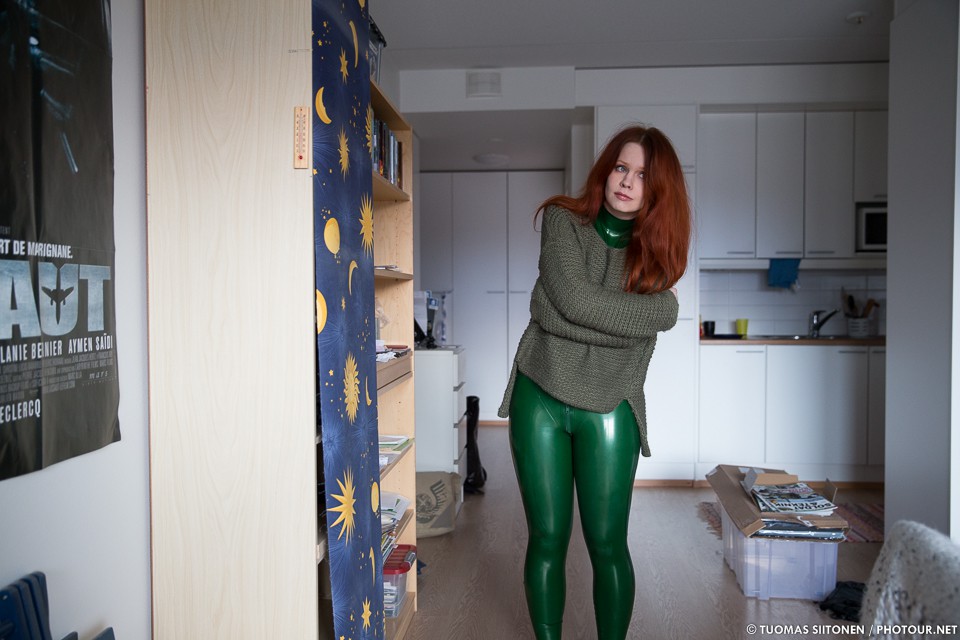