When we embarked on our journey with Tii, we were lucky enough to enjoy the sunshine for the most of the day – but we were not unfortunately spared by the hard winds.

I can’t really say that I’m in a position to complain, but I must feel empathy towards Didi – as I’ve written before, thin, 0.4mm thick latex is not the best insulation, especially against wind. You do feel it and your buttocks do freeze in the breeze.

You’ve probably seen the milieu before – in part 29, Halloween-ish. But these might have been the last moments we could take photos in the awesome abandoned match factory as it’s rather dangerous and will be demolished in no time (or at least that’s what the officials have said), so we thought that it’d be great place to shoot at for the very last time.

Again we weren’t alone in the location, there were a couple of passerbys walking around and even one with an aggregate and lamps – probably to lighten up the darker corners of the area to spray around. We didn’t want to bother each other so we kept to ourselves.

The ever-changing spraypaintings and their vivid colour palettes were really, really nice yet again and gave us wonderful photo-opportunities. Man, that place is awesome.

As usual, the behind the scenes and outtake photos will be released few days after – with a video! If you’re a patron for Project L (see that banner above), you’ll get to see the video already – no waiting required!

Latex used in the project:
Metallic blue Princess catsuit by Libidex
Corset and socks from Tii’s own wardrobe. 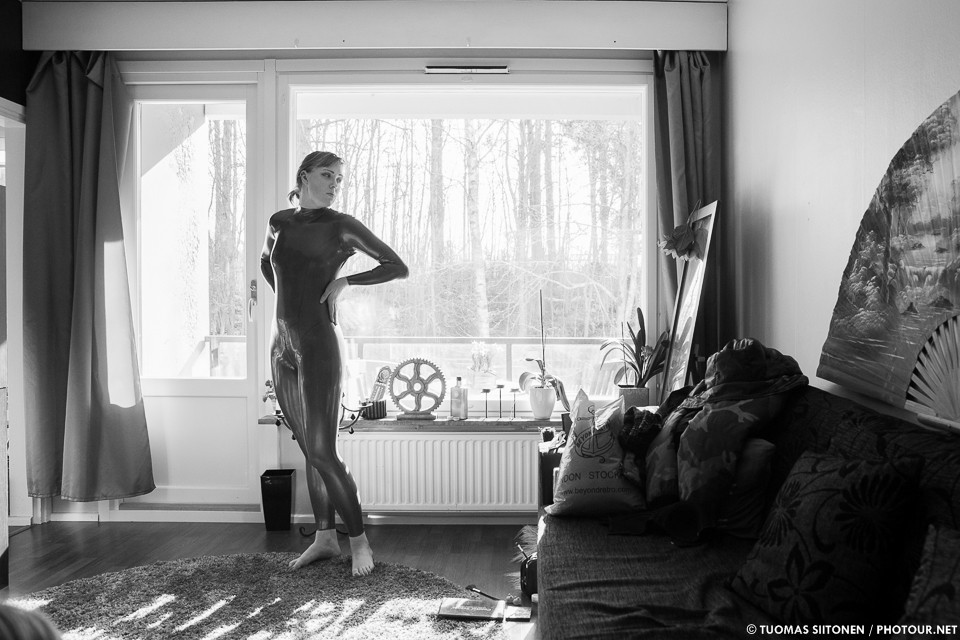 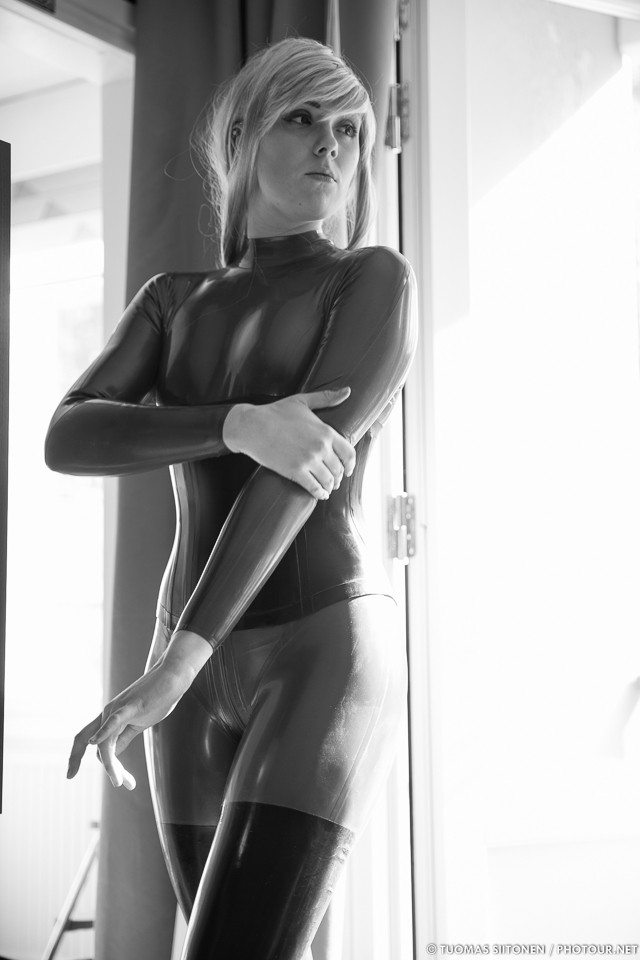 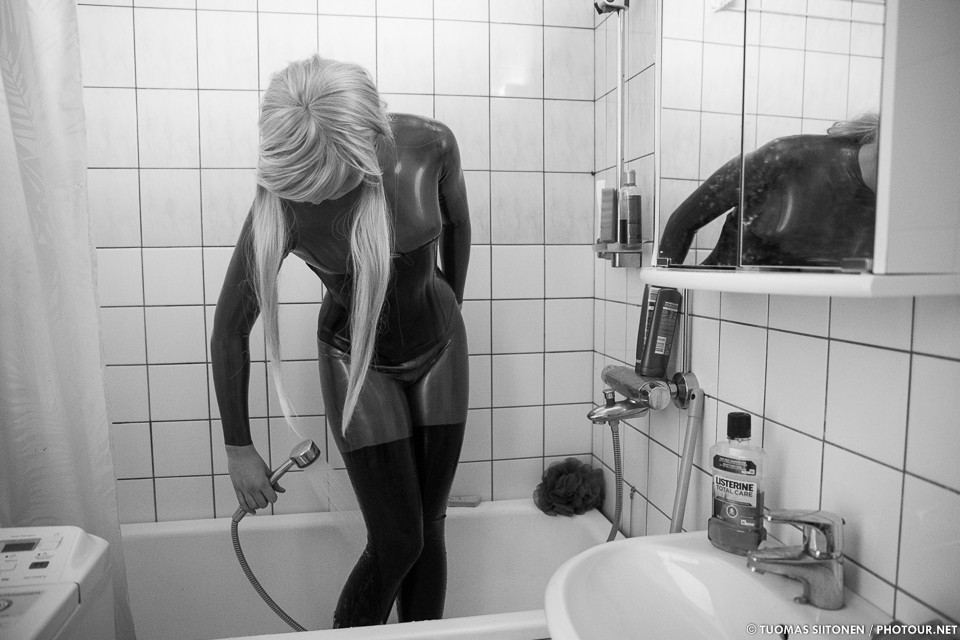 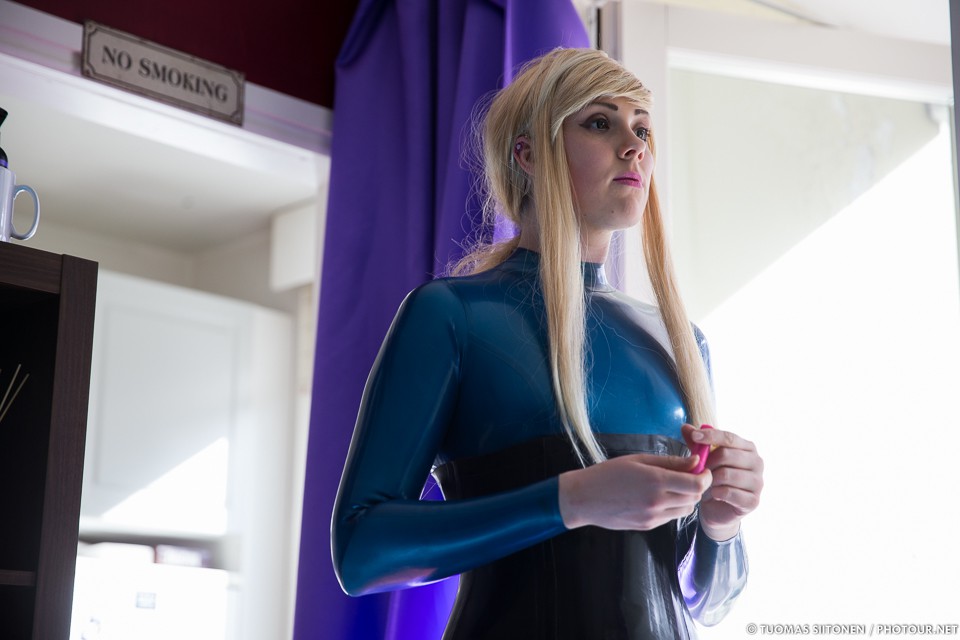 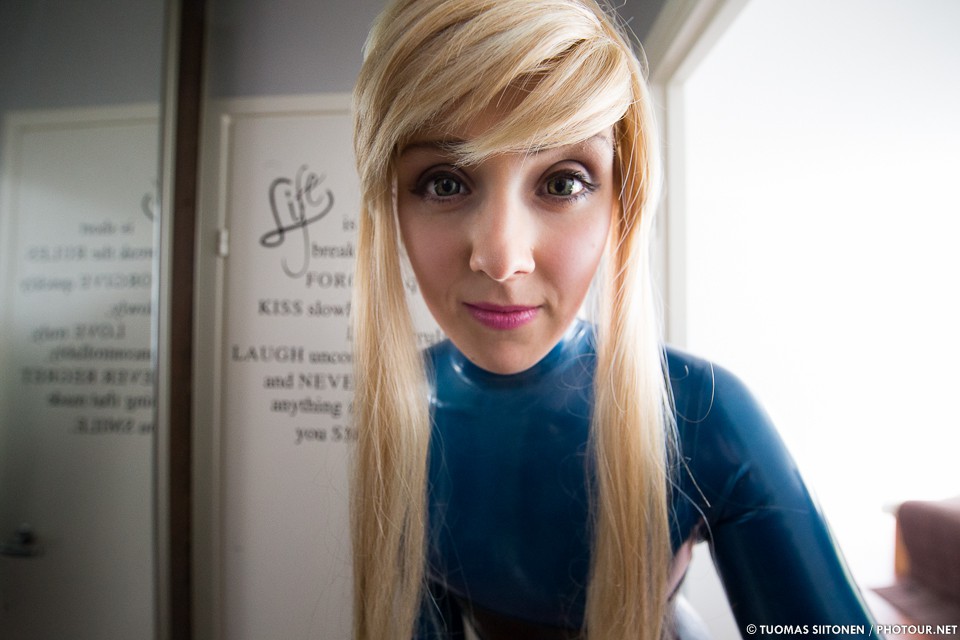 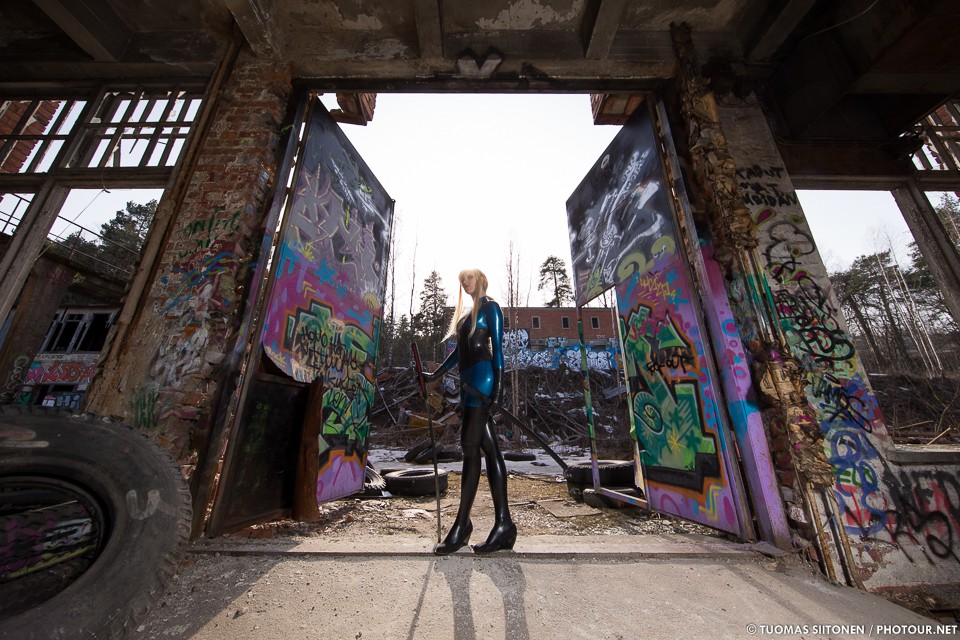 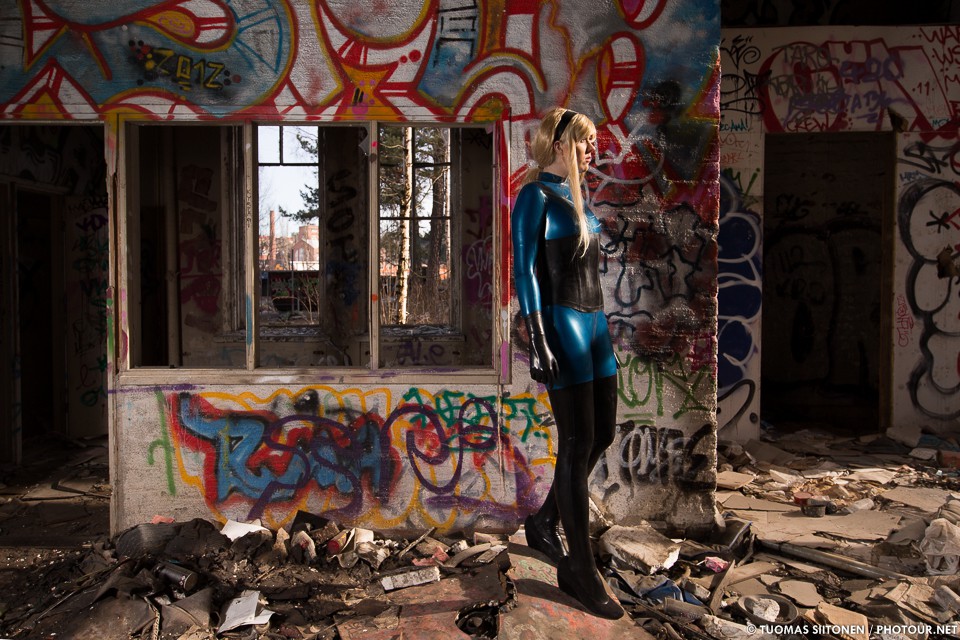 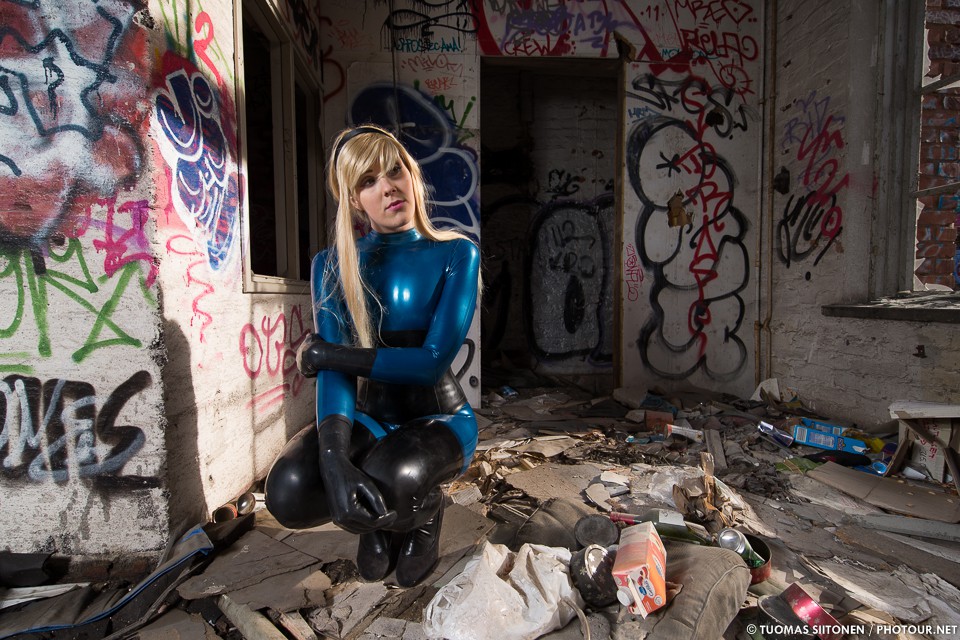 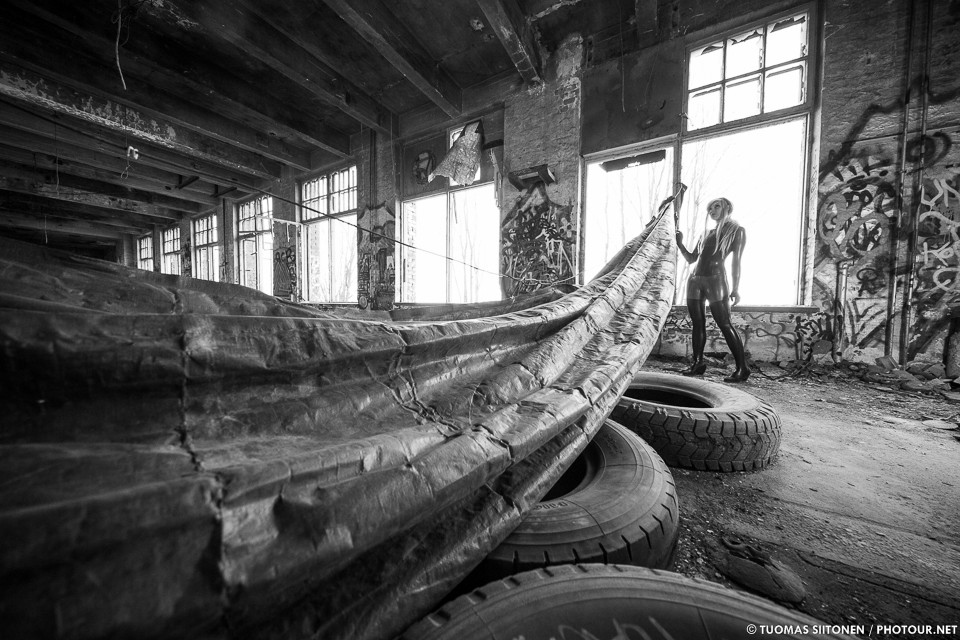 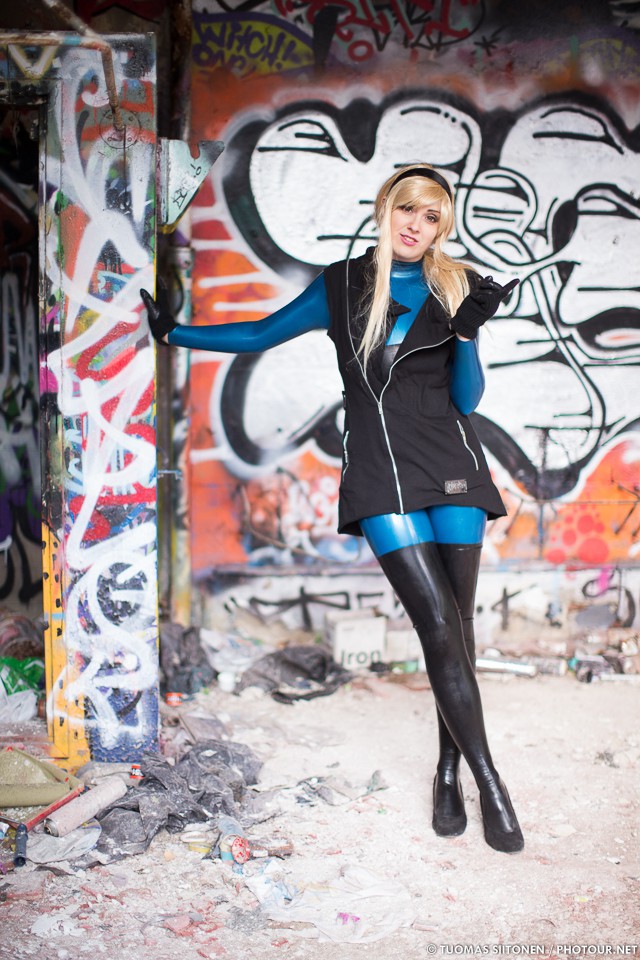 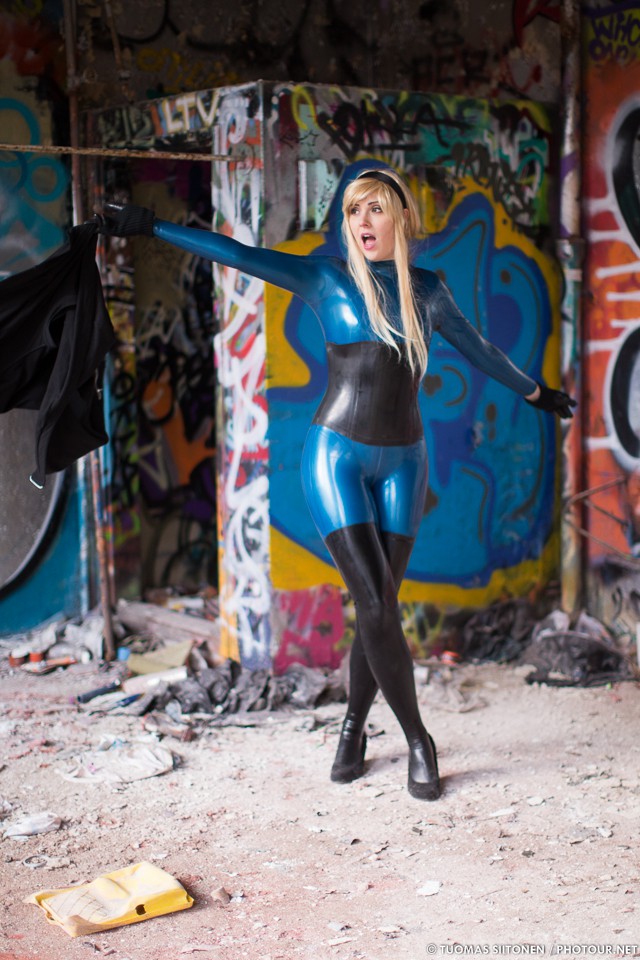 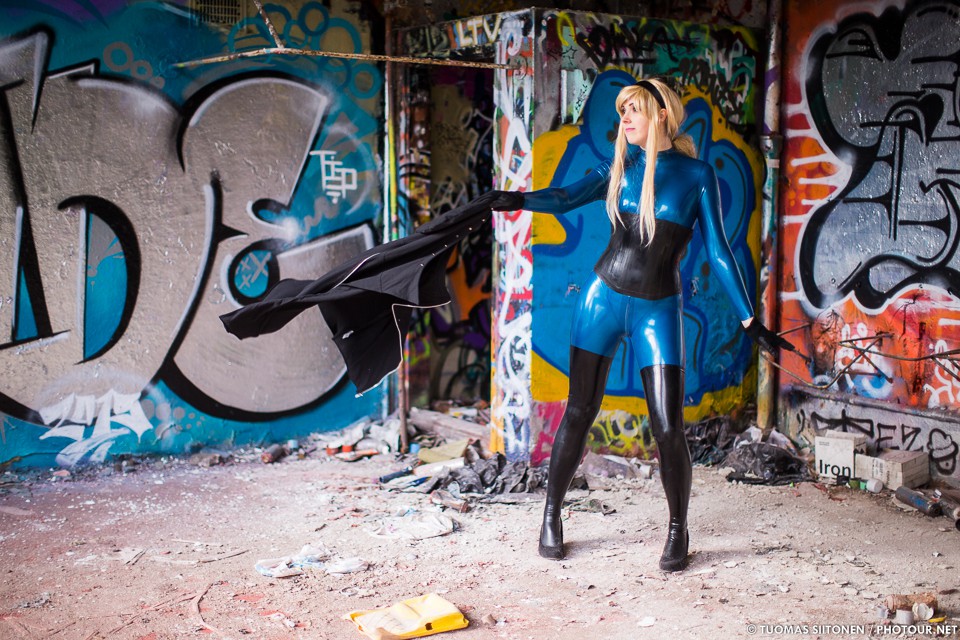 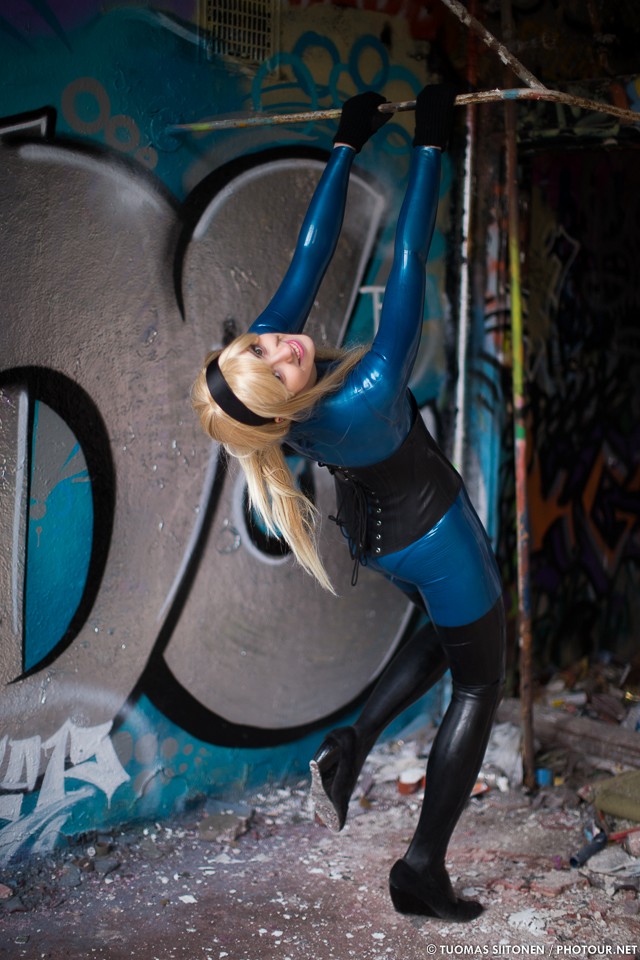 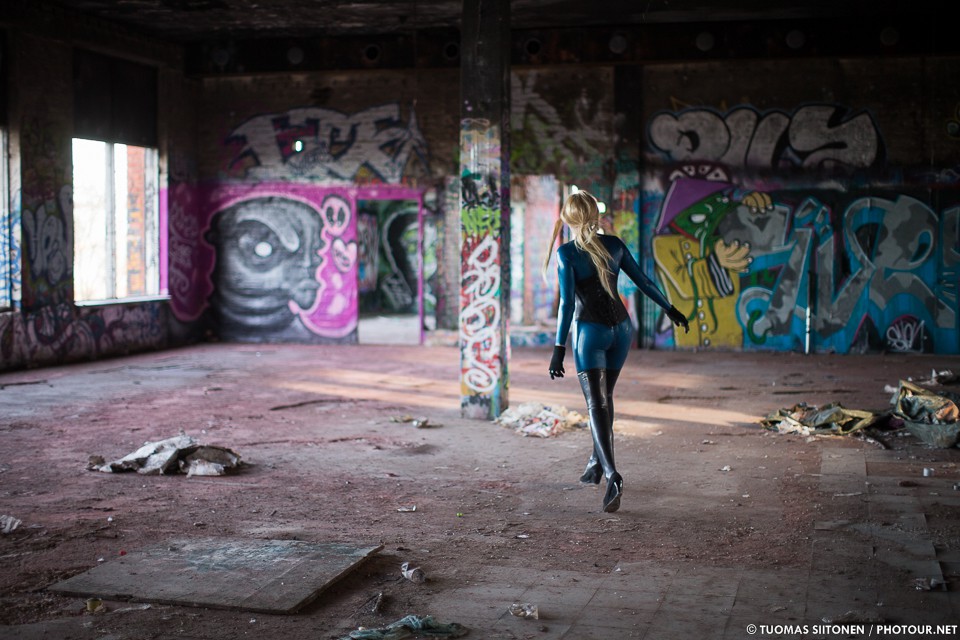 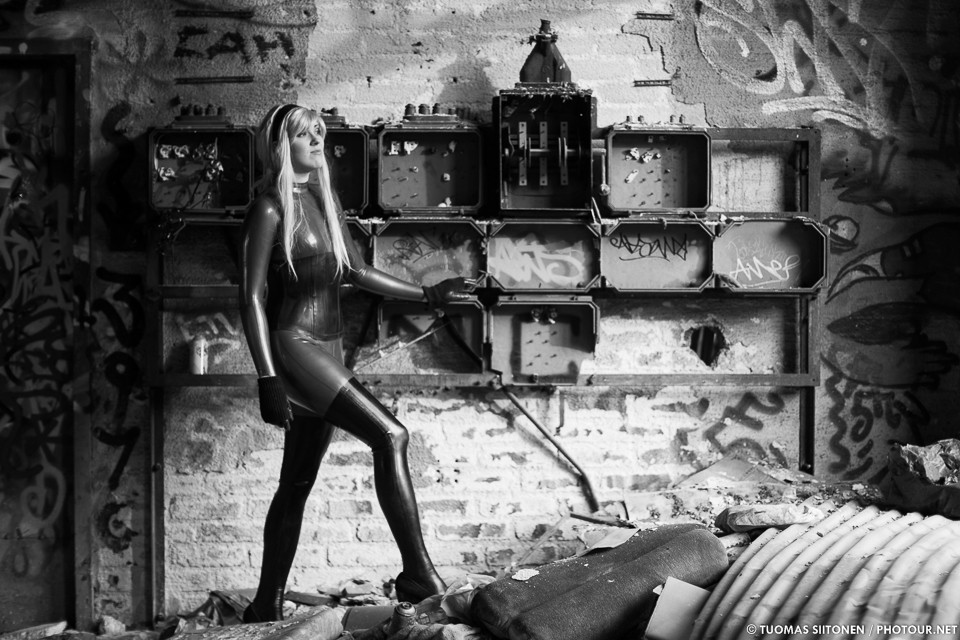 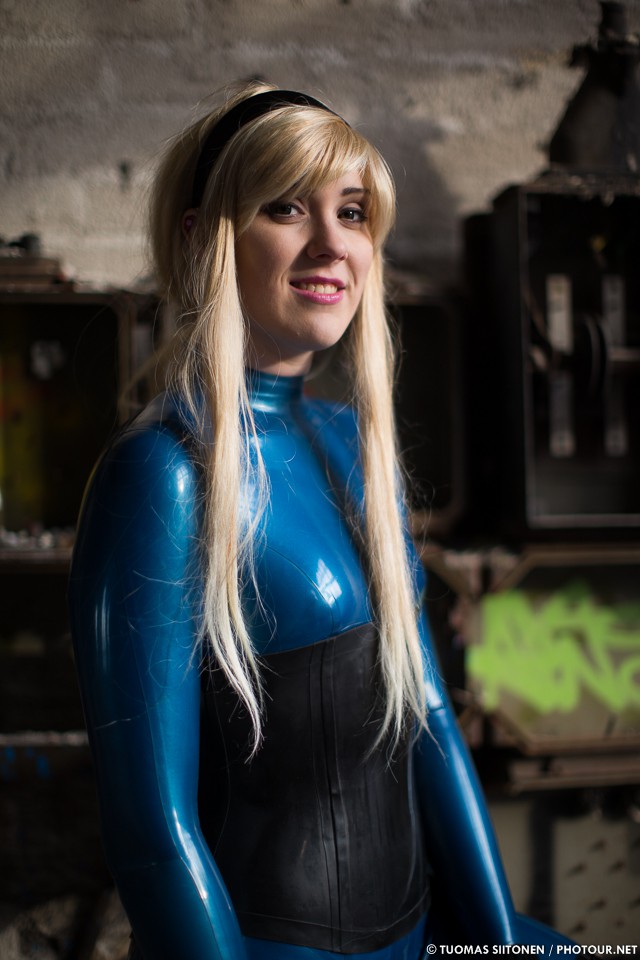 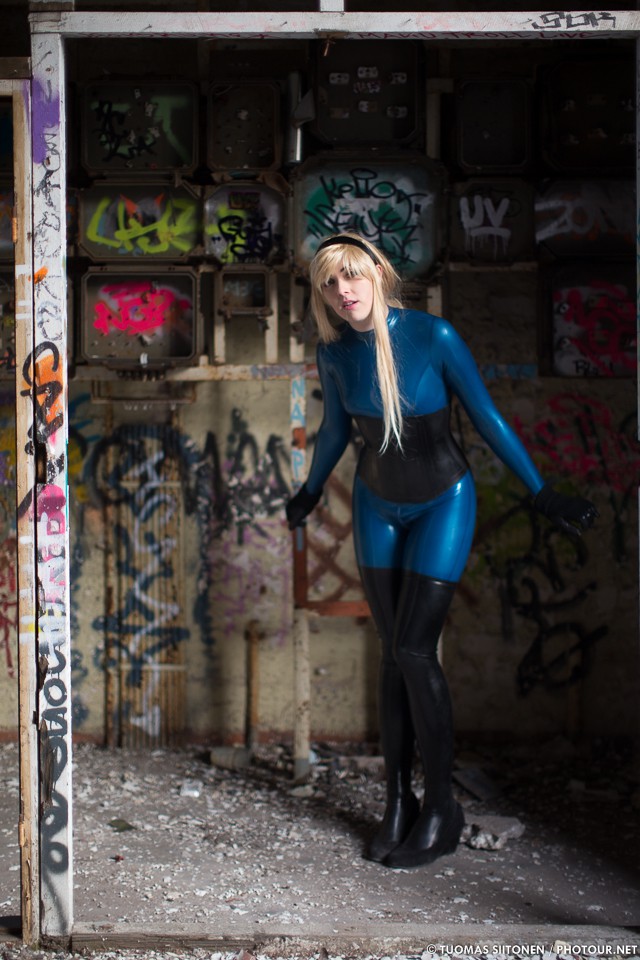 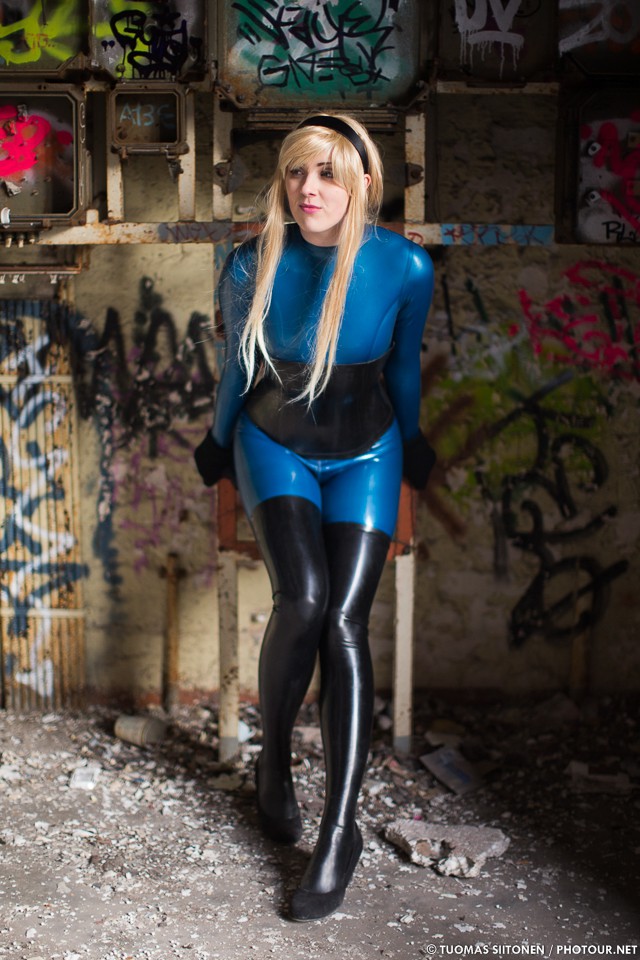 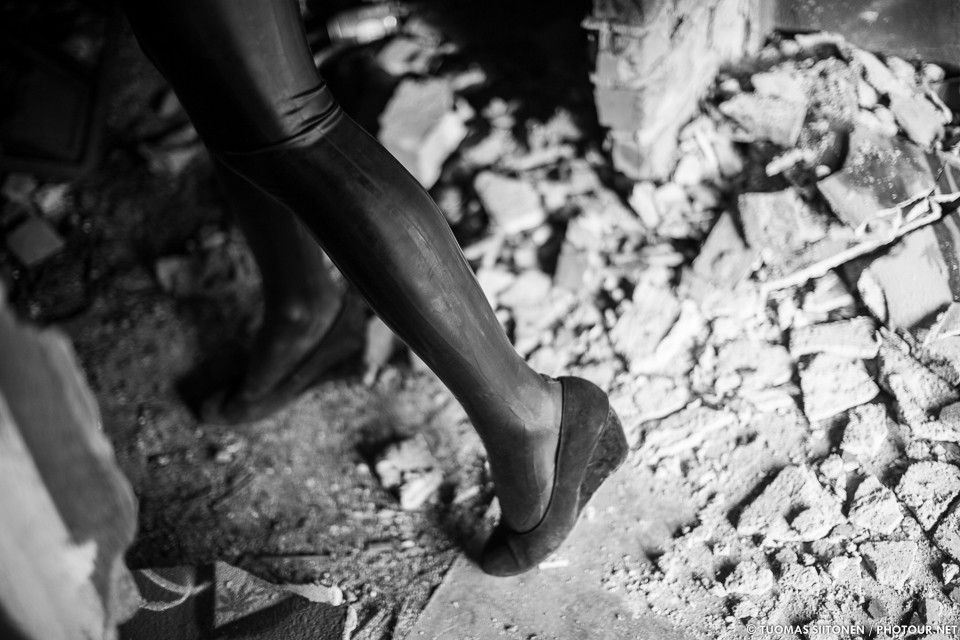 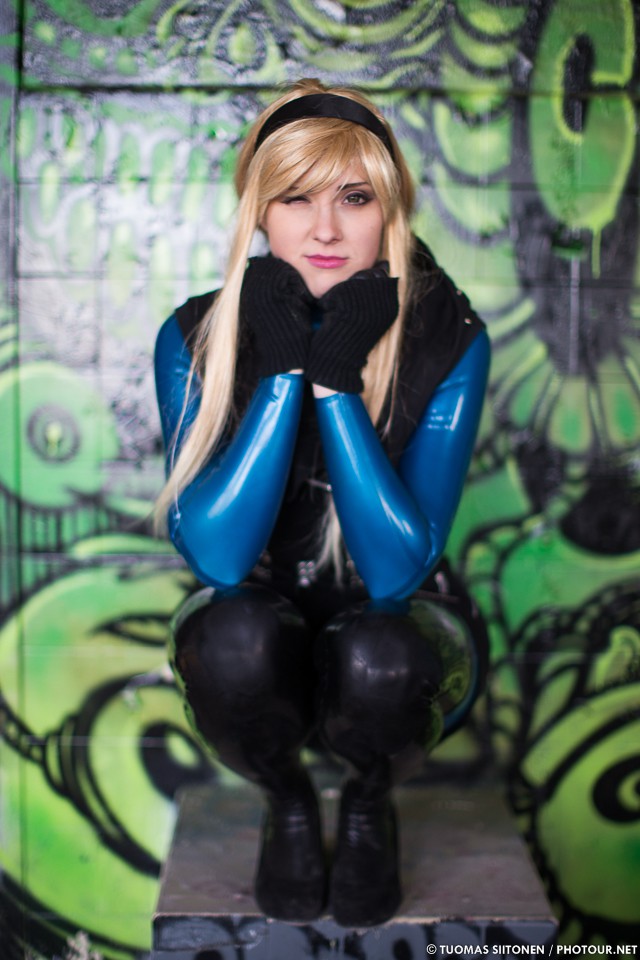 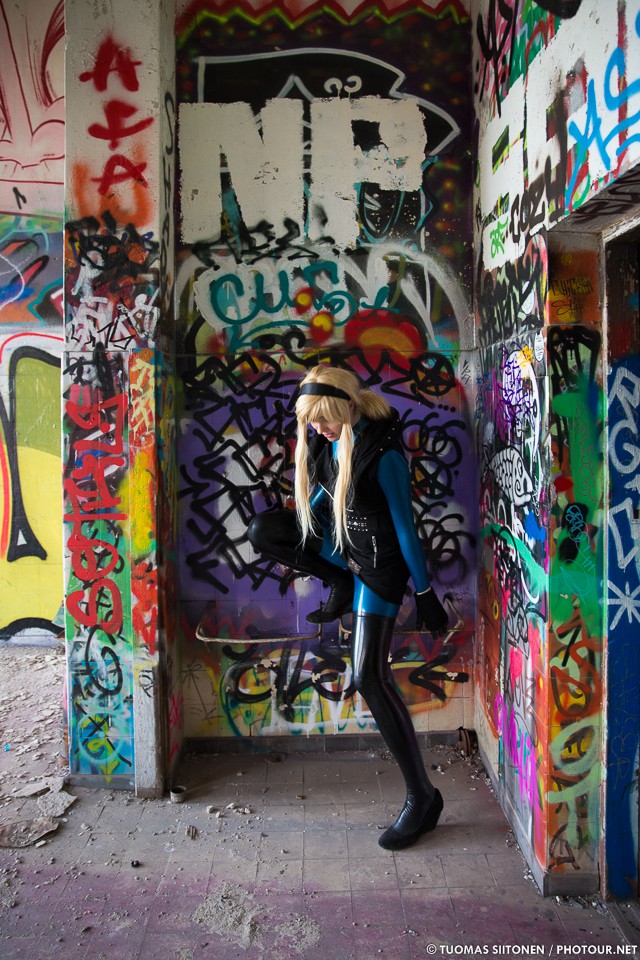 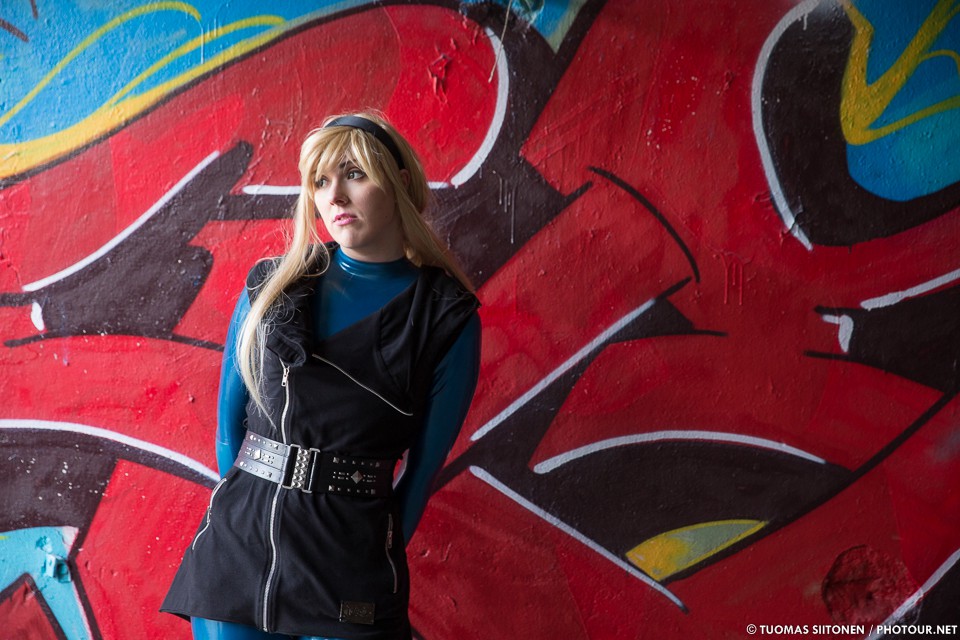 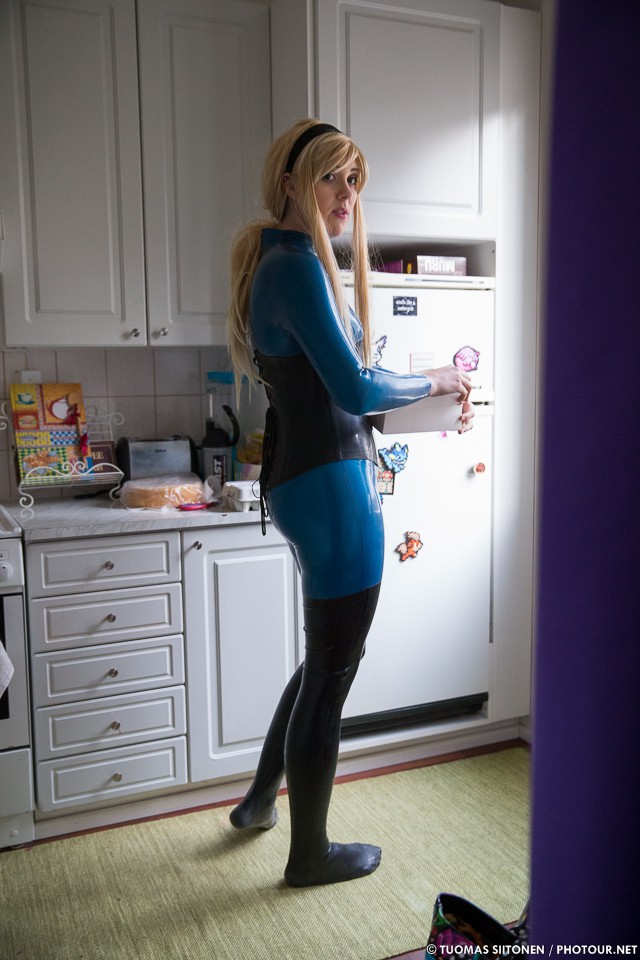 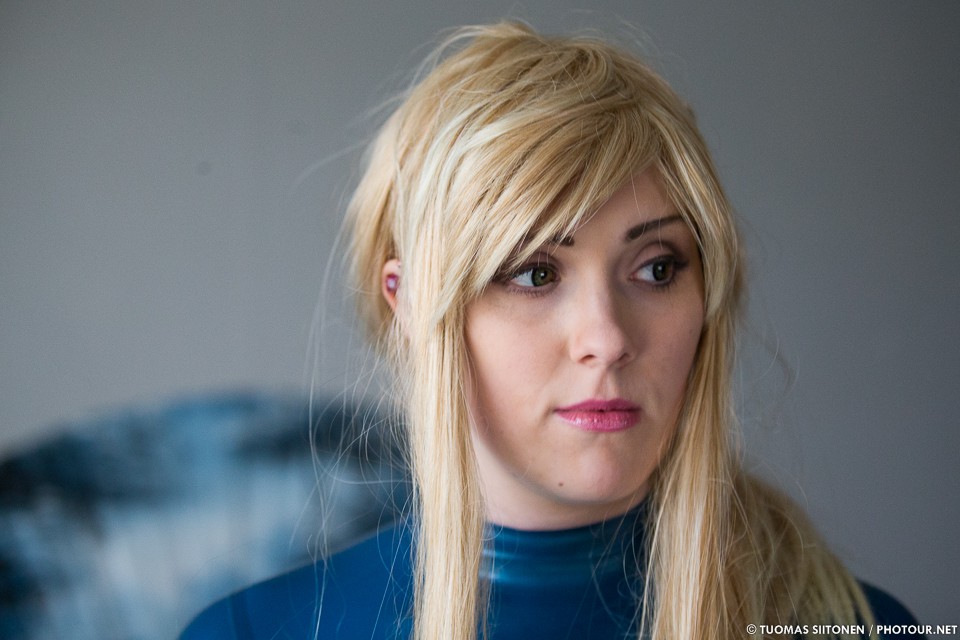 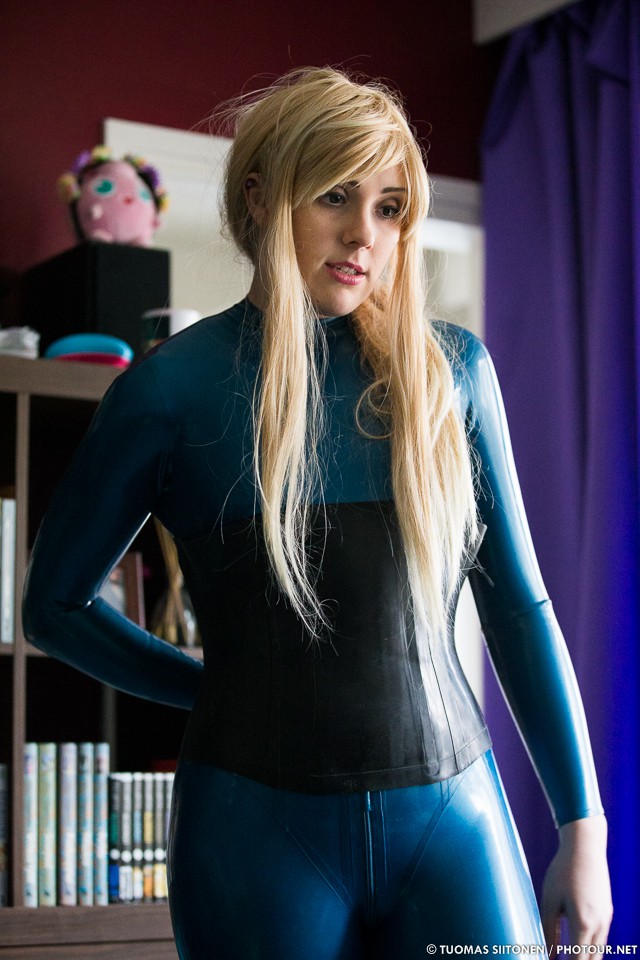