These are the behind the scenes and outtake photos of Project L: Part 41 – Suvilahti.

Wind is your enemy. Wind is your ally. Pick whichever you want, but it does make things more unpredictable and thus difficult. When it’s calm, you can create artificial wind, but when it’s windy, you can’t just stop it without a great effort. Well sure, for argument’s sake, you can go indoors, but that quite spoils the fun.

With great consideration I could perhaps call Jasmin a veteran of windy latex photoshoots – with two whole photoshoots of it. But to be honest, having shot in wind beforehand did help us both to determine how to get the best photos; how to direct the model, where to look to avoid your hair losing its sense of gravity, how to pose.

The lighting was again awesome. The clouds weren’t really that thick, thus the sun’s light was wonderfully diffused all around. Jasmin’s choose of warmly coloured makeup helped to bring out the warmth in the cold weather.

The location, Suvilahti, is also a great place that attracts many kind of people; hipsters, skateboarders, spraypainters, yuppies, cyclists… And so on.

The thing with Jasmin is that the behind the scenes photos usually end up being almost entirely outtakes that are a bit too similar to the main project’s photos and thus have to be separated. But many visitors actually prefer the behind the scenes over the regular, more posed photos. And that’s all wonderful.

By the way, if you want to see more raw behind the scenes videos, they’ll be available to my wonderful Patrons at Project L’s Patron! 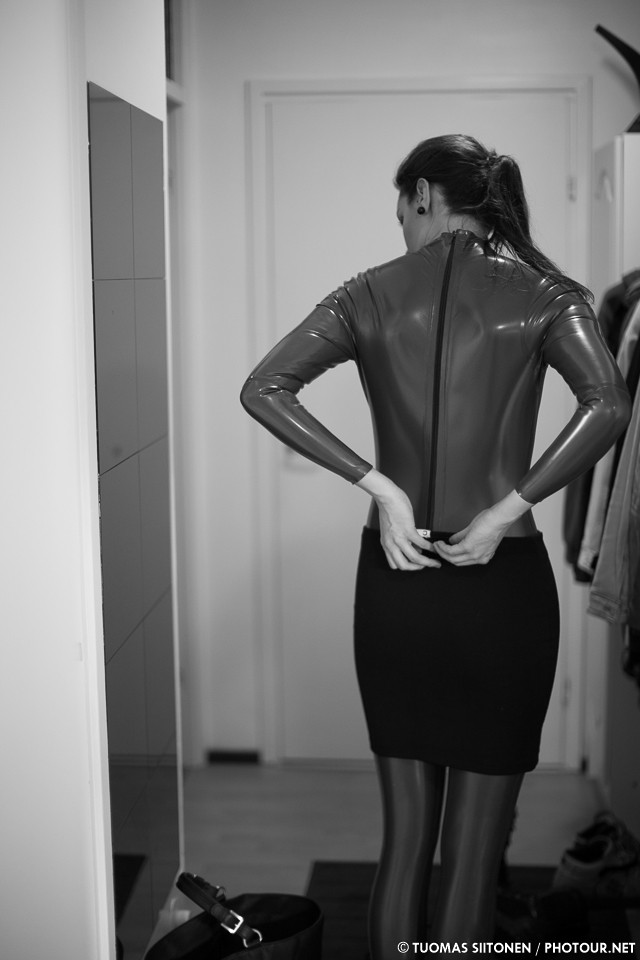 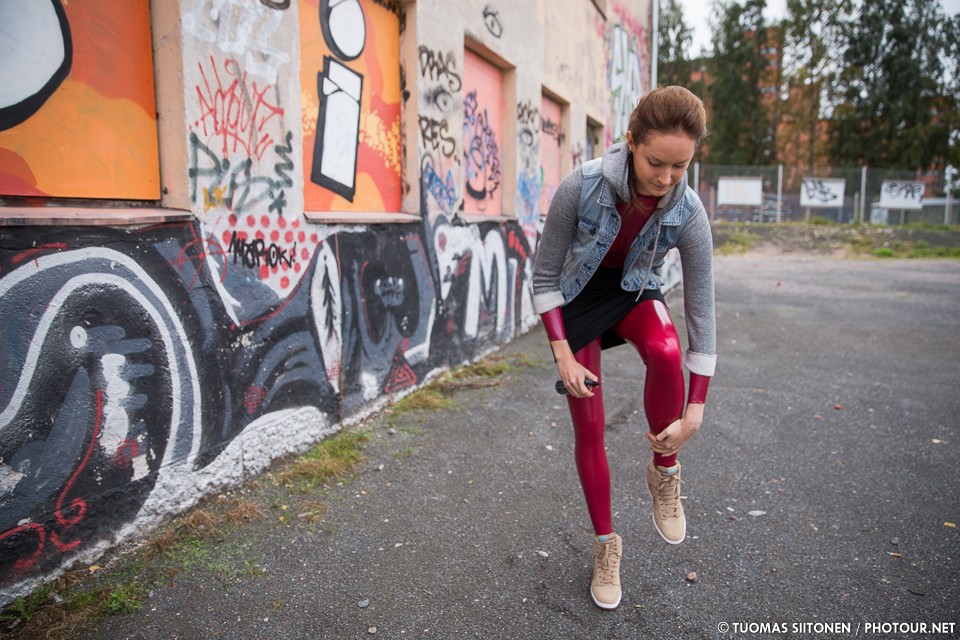 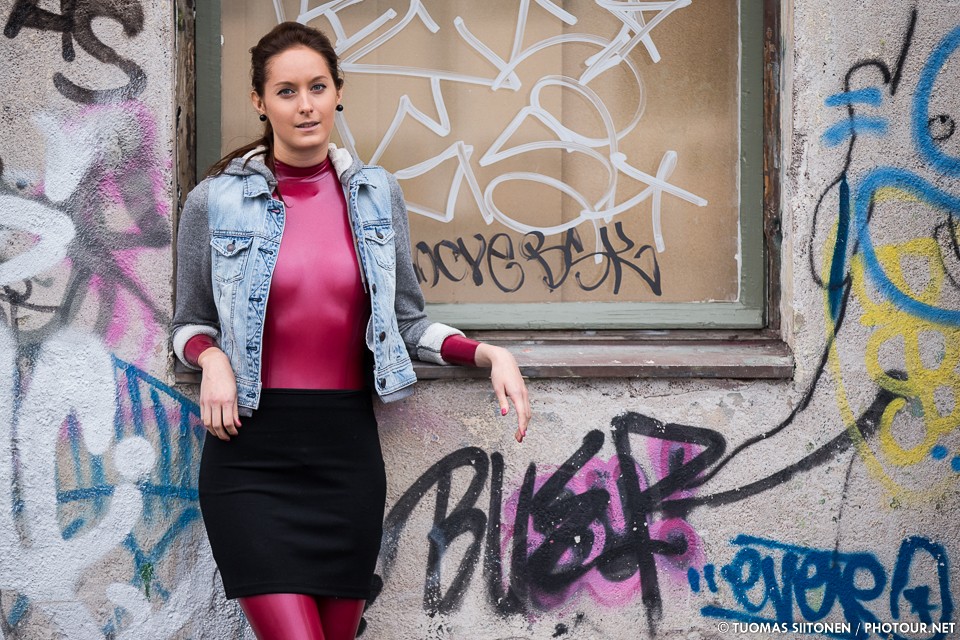 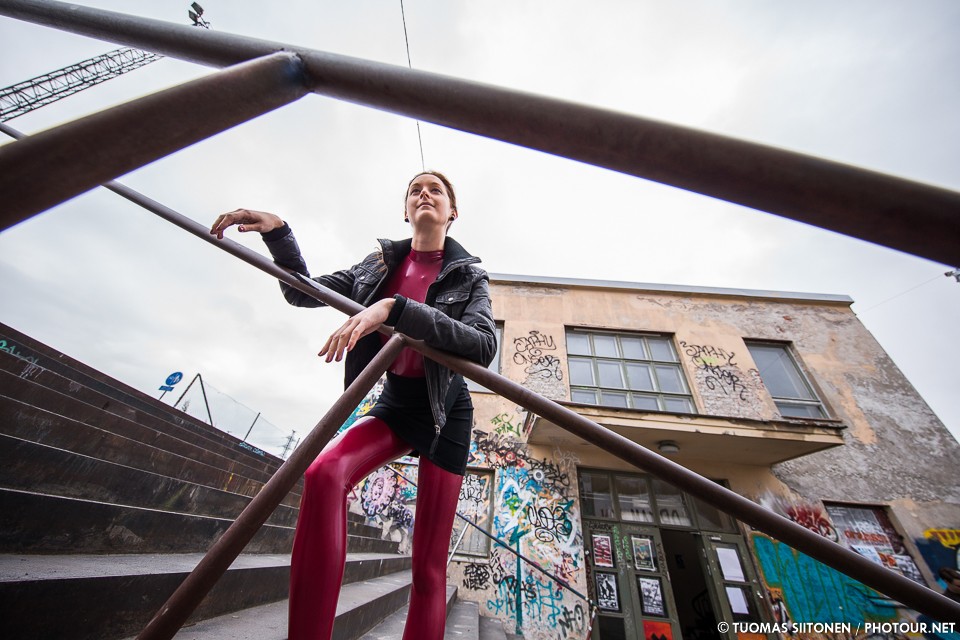 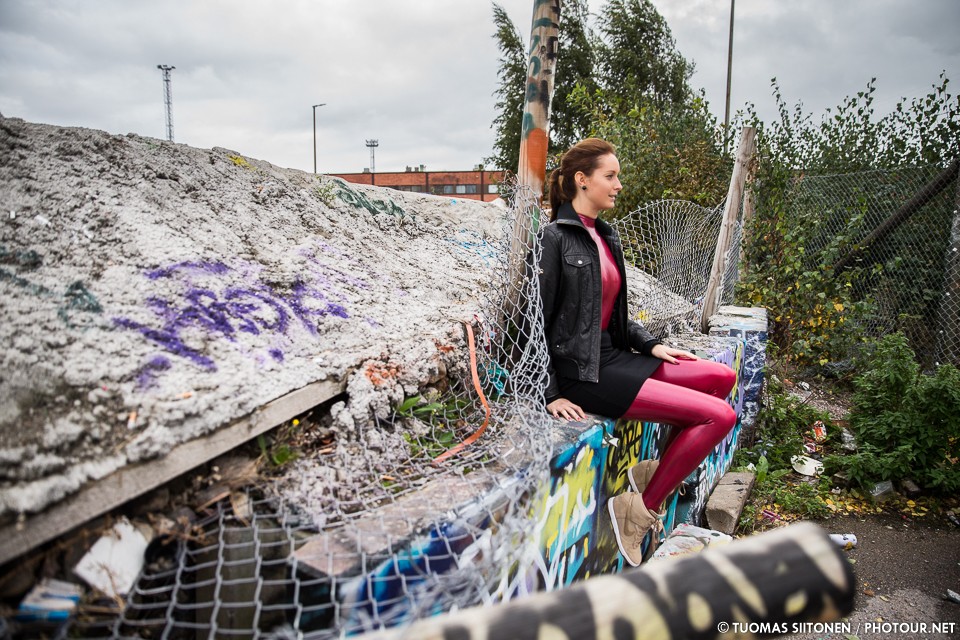 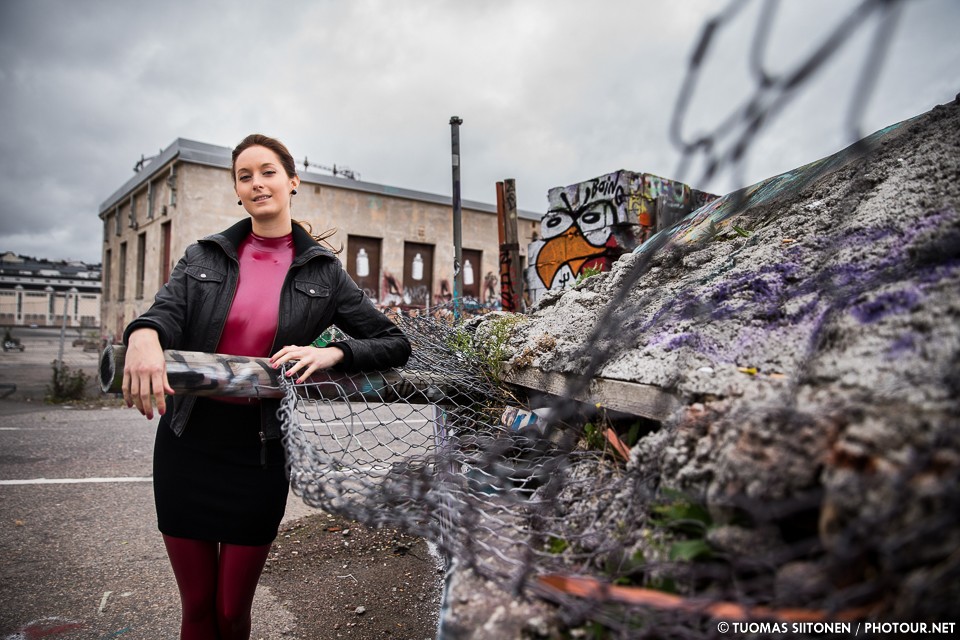 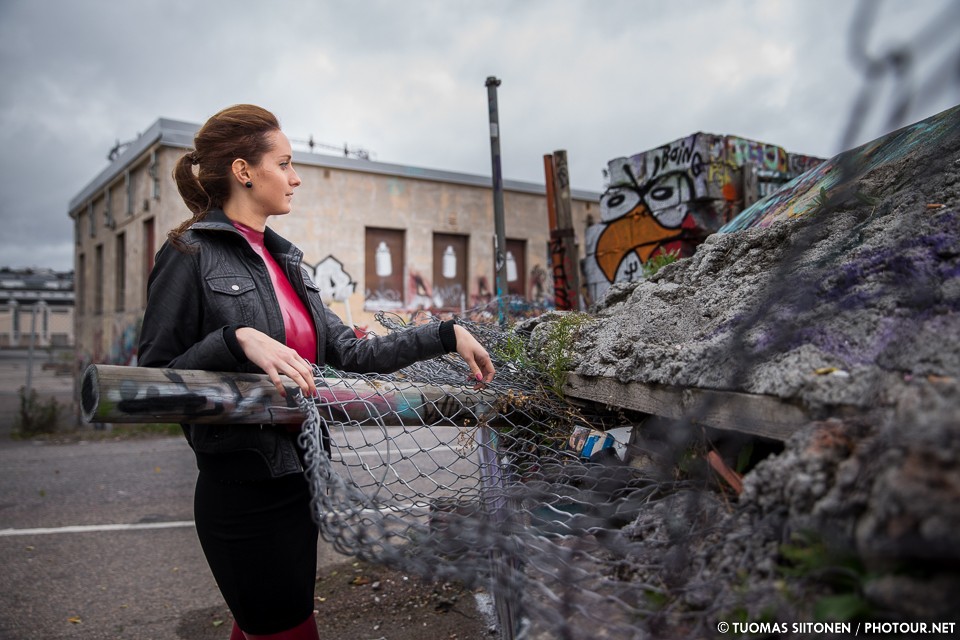 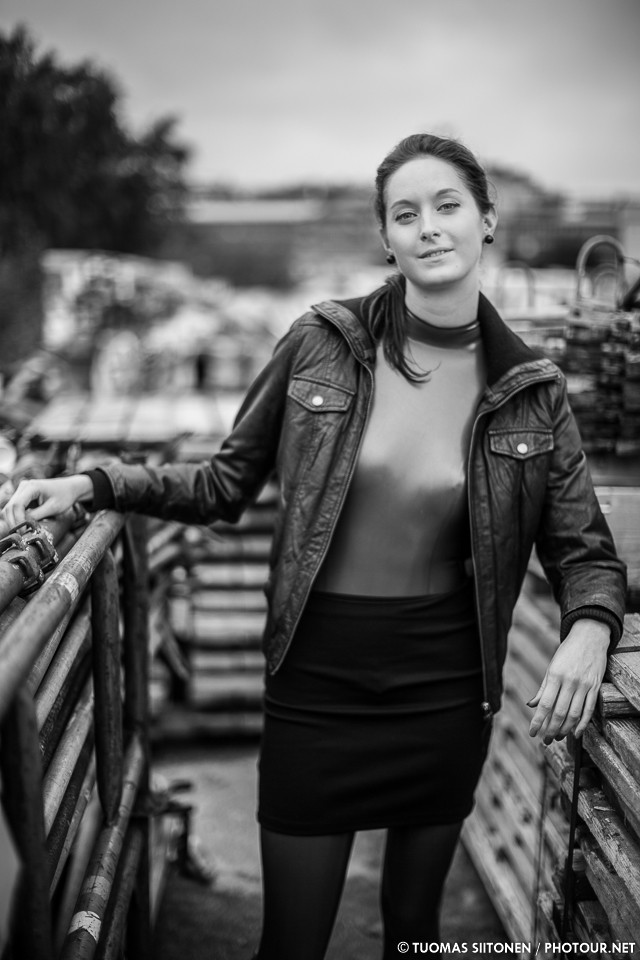 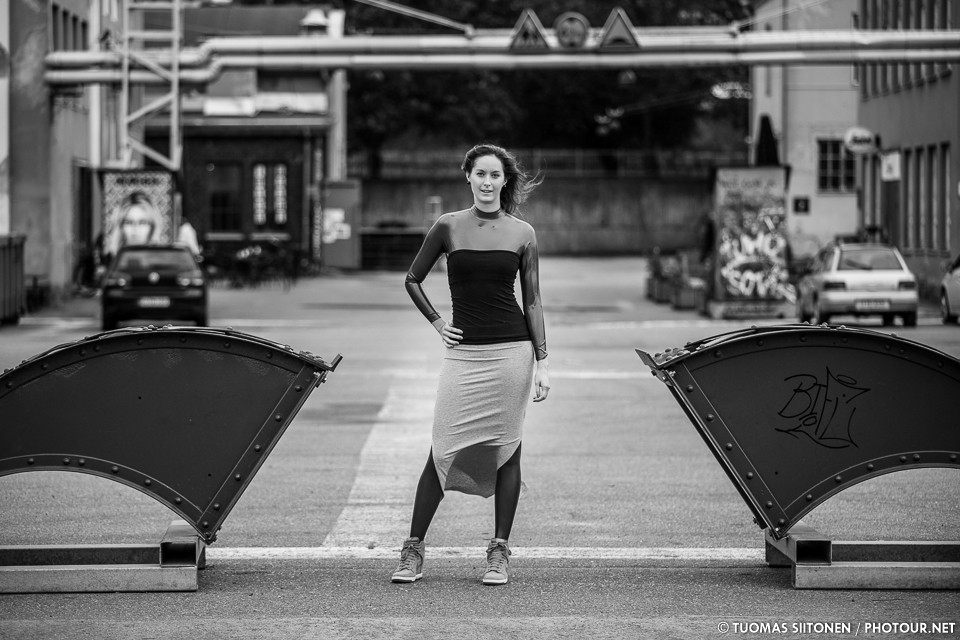 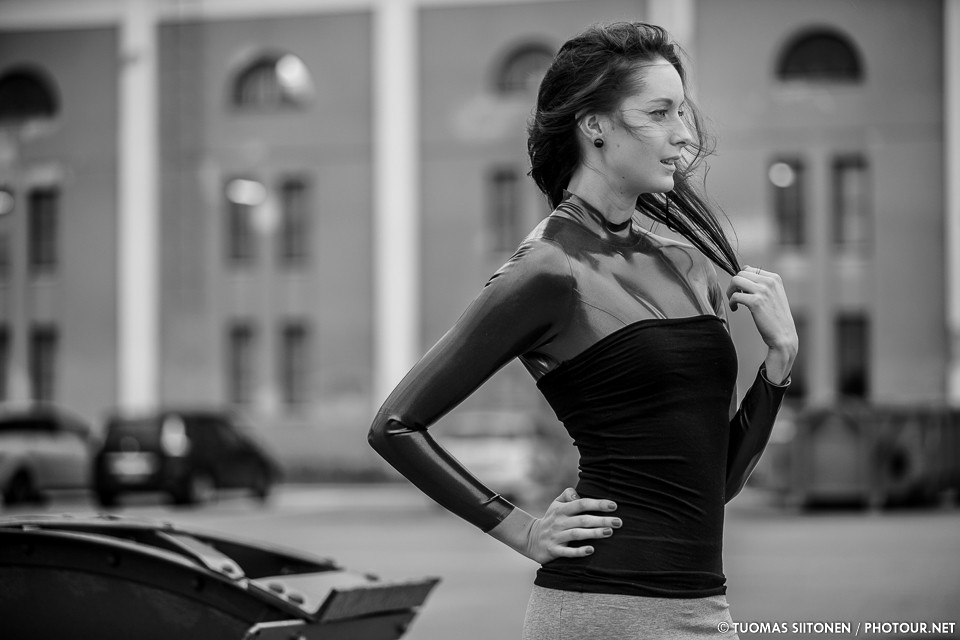 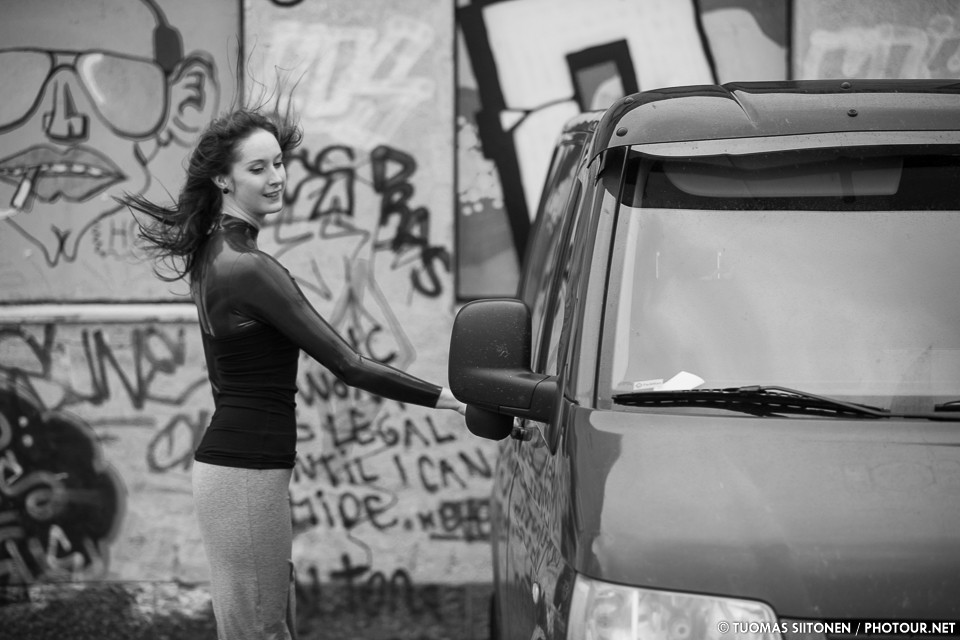 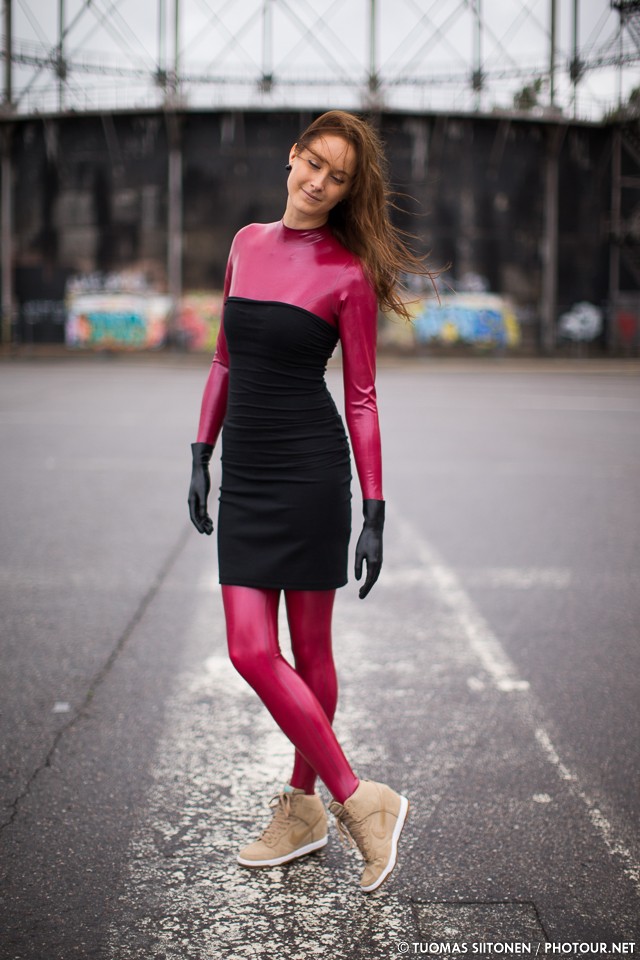 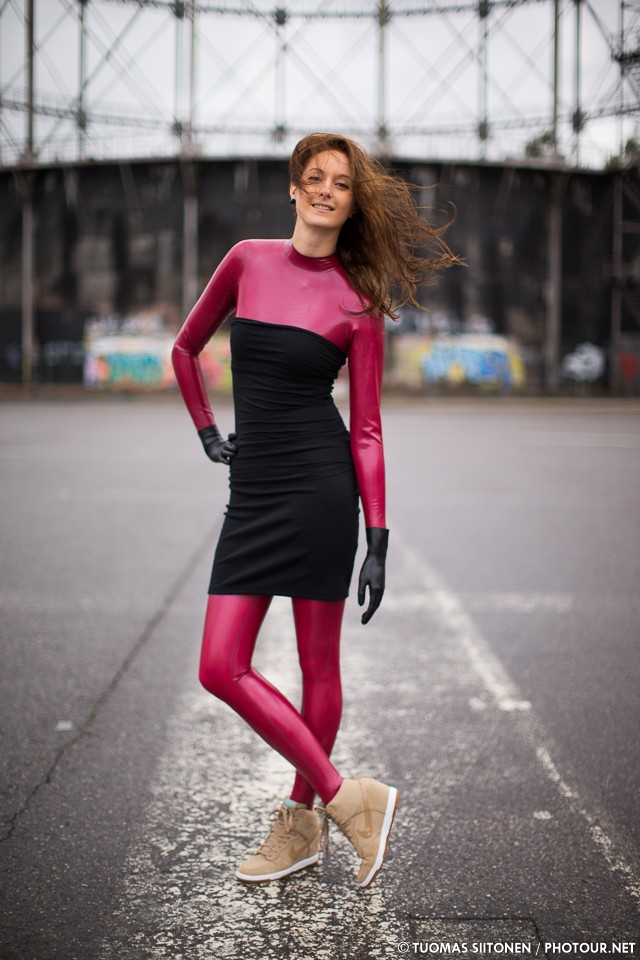