Before we could even start this photoshoot, it had its share of bad luck; people getting ill, schedule mixups and so on. So, what was in it for us when we both finally could shoot? Well, only a strike shutting down public transportation and the worst storm of the year. Why is it so that it’s always windy when I’m shooting with Jasmin?

This catsuit is one of three that were donated to Project L by an adoring fan, Paul. Thank you, Paul!

And – of course – when we drove off to shoot, it was rush hour. And albeit the morning was relatively congestion-free, the evening was… Really congested. After traveling for almost an hour on a route that should’ve taken less than 30 minutes, we finally arrived to Suvilahti.

Then it started raining.

Luckily for us, the rain calmed down from shit-we’re-going-to-get-soaked to damn-that’s-annoying-drizzle – albeit it was still windy, and even getting windier.

Suvilahti is a great place to shoot at. During summer, plenty of music and other festivals are held at the rather urban area with the old gasometer. There’s even this awesome skate park! We were there briefly for the last few moments of the 24th part, Hike in Helsinki II, but this time decided to dedicate a whole part to the place.

We even tried to bribe two skateboarders to be on the background doing tricks, but unfortunately for us they weren’t up to the task, as they told me, they had returned to skateboarding after ten long years’ pause. Pity, but perfectly understandable.

Latex used in the project:
Metallic red (I’m not really sure about the colour, though, so if I’m wrong, please correct me) Princess Catsuit by Libidex 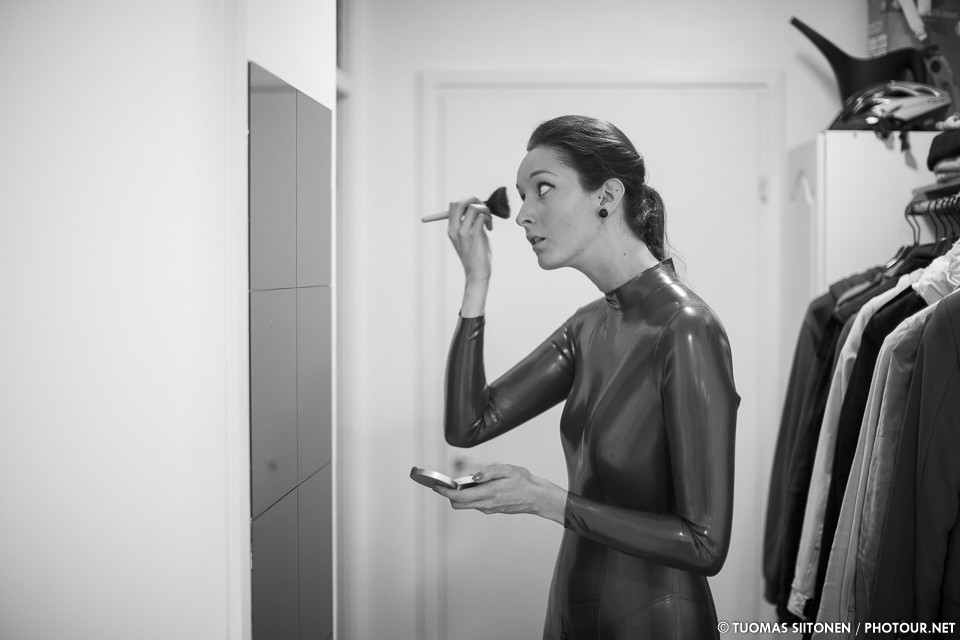 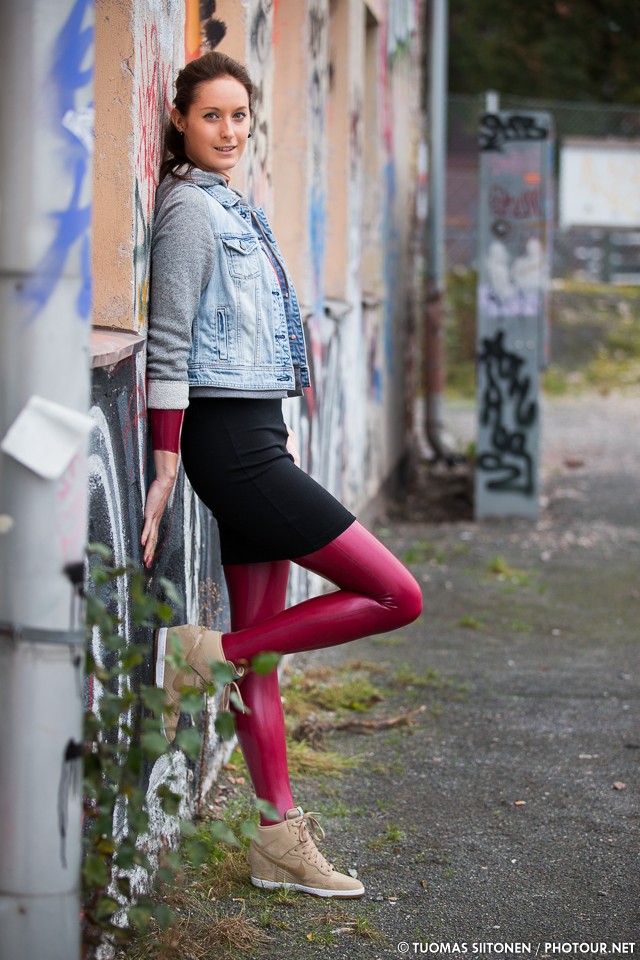 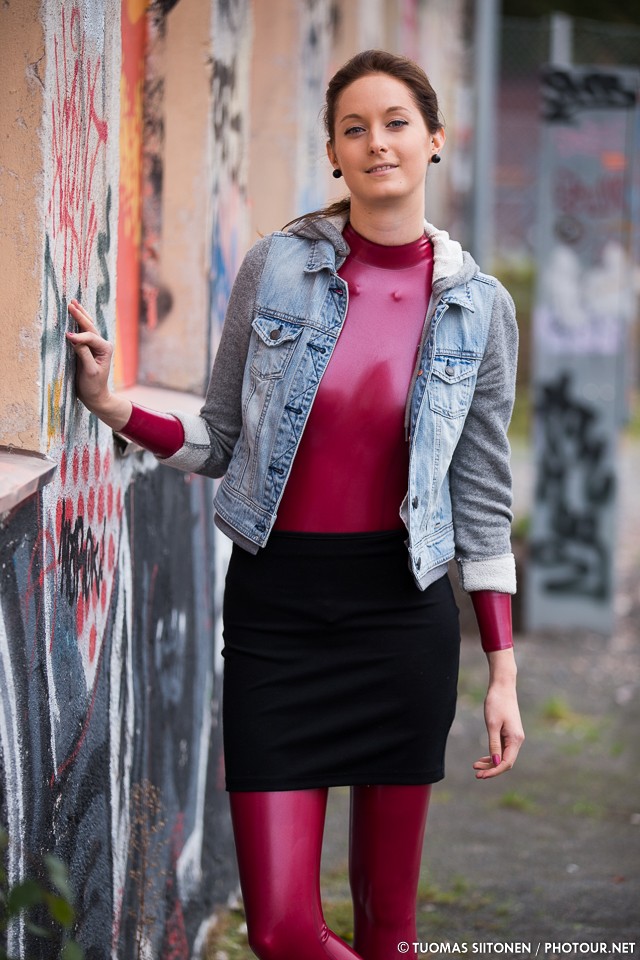 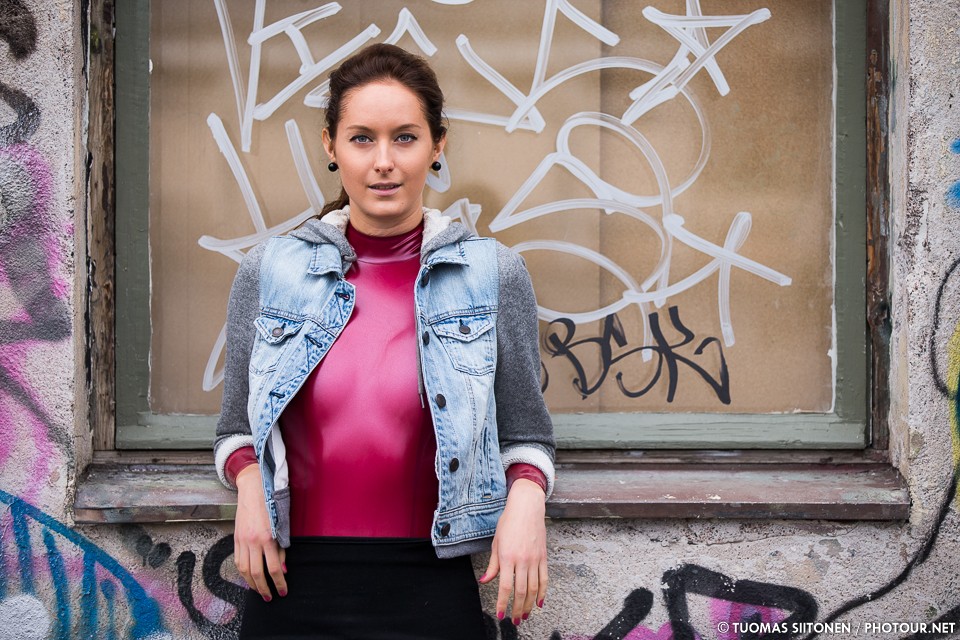 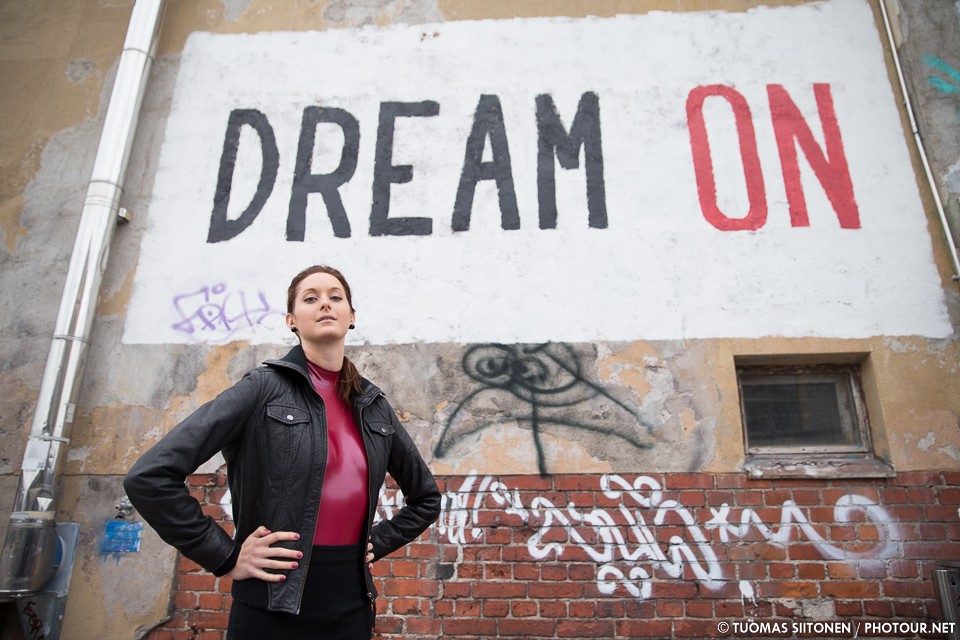 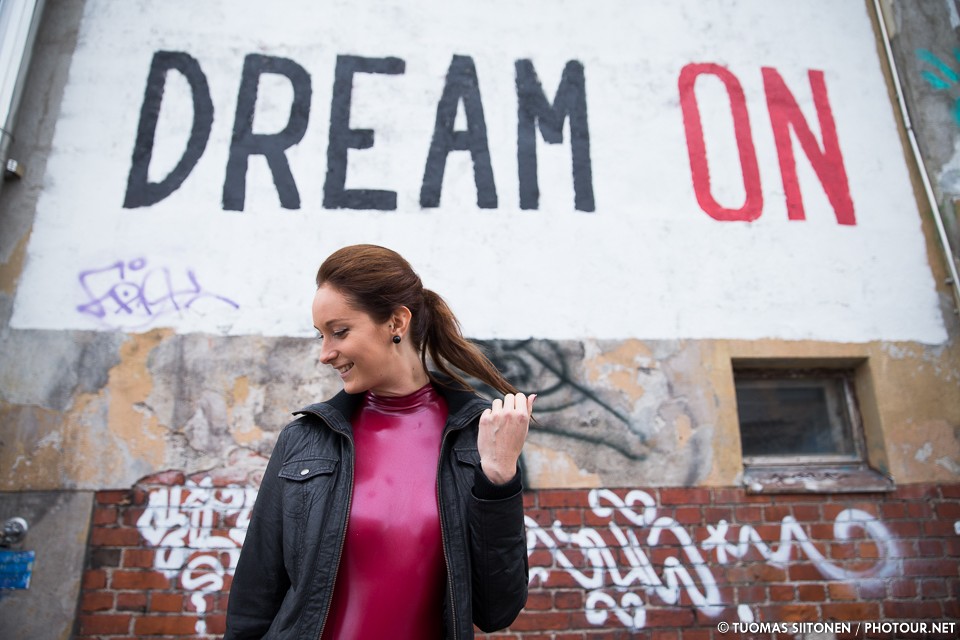 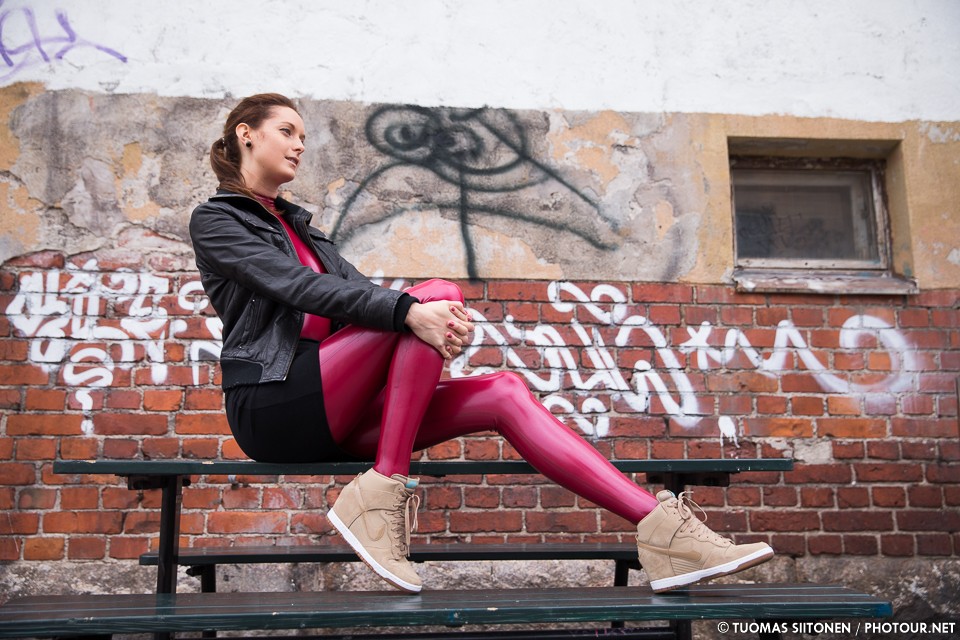 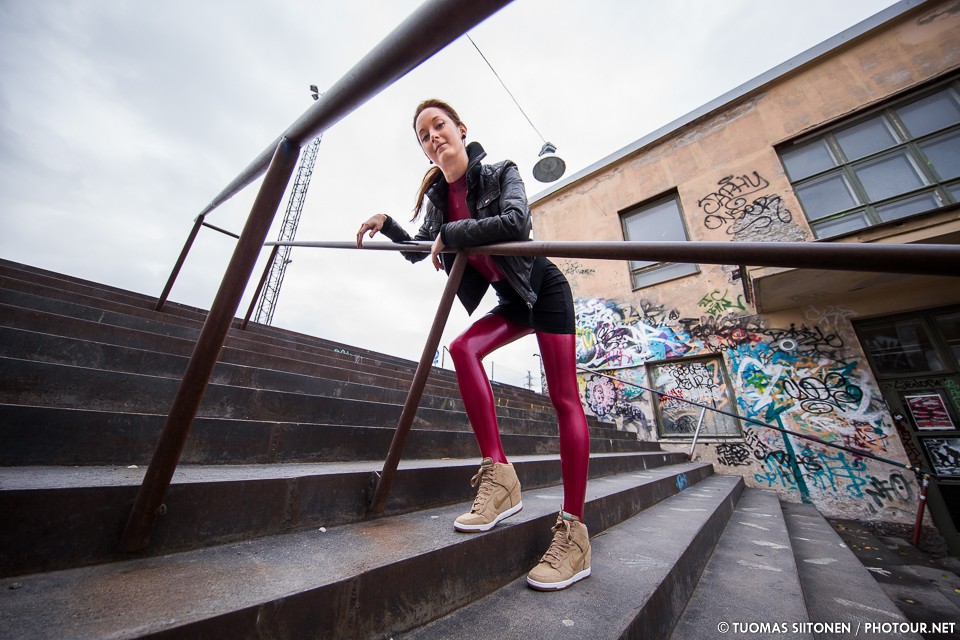 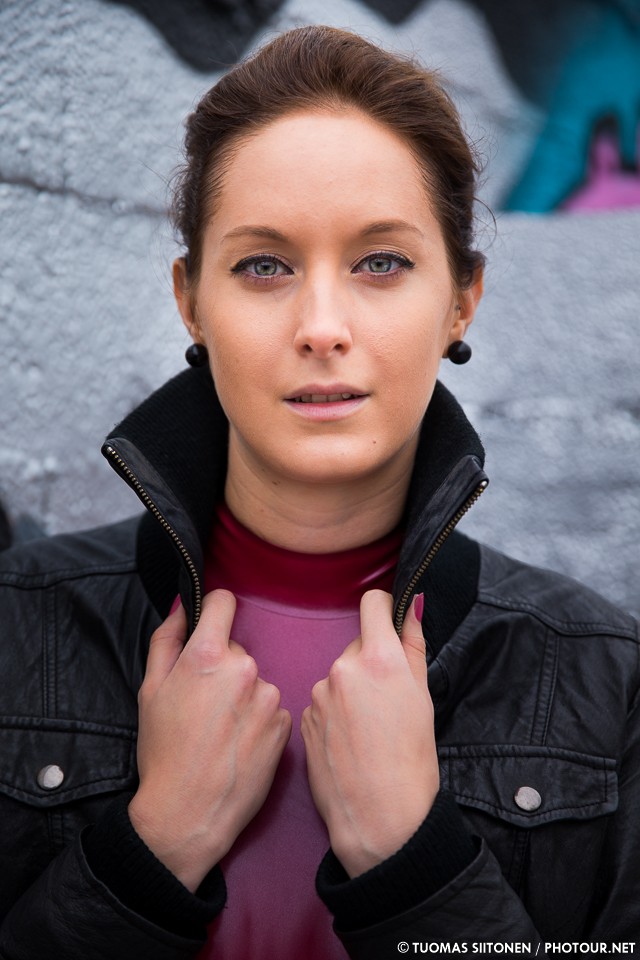 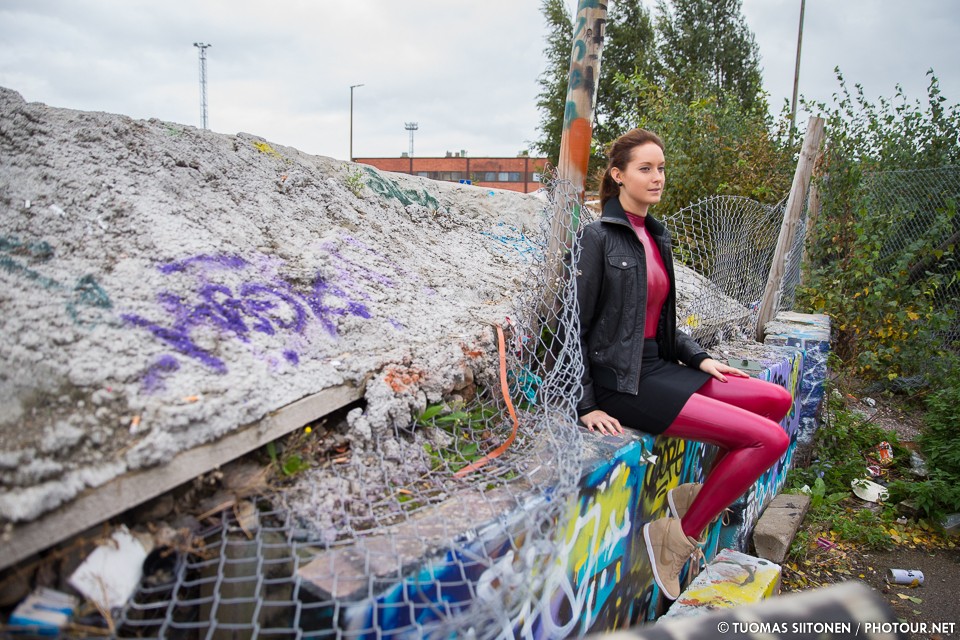 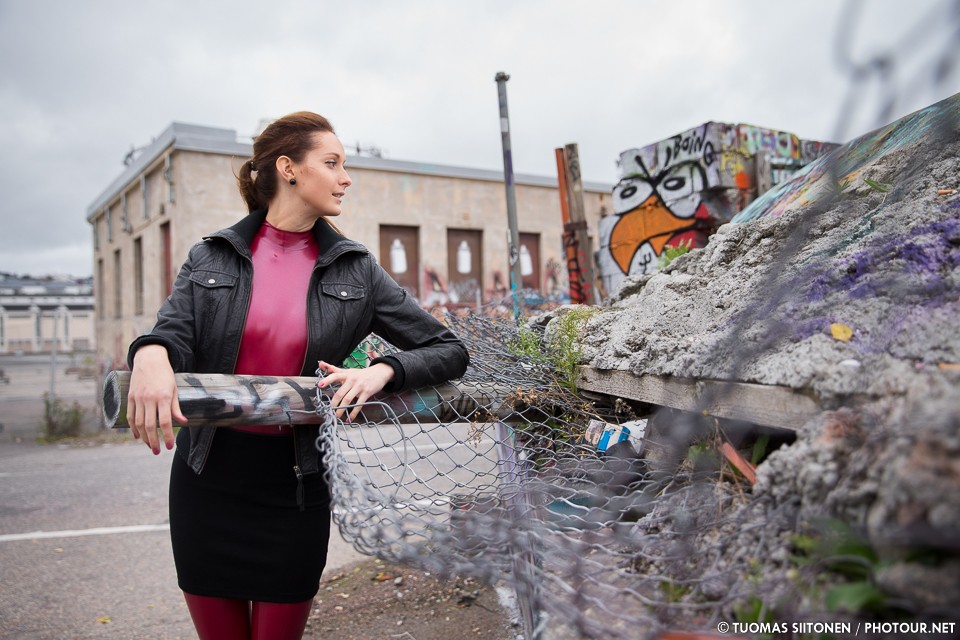 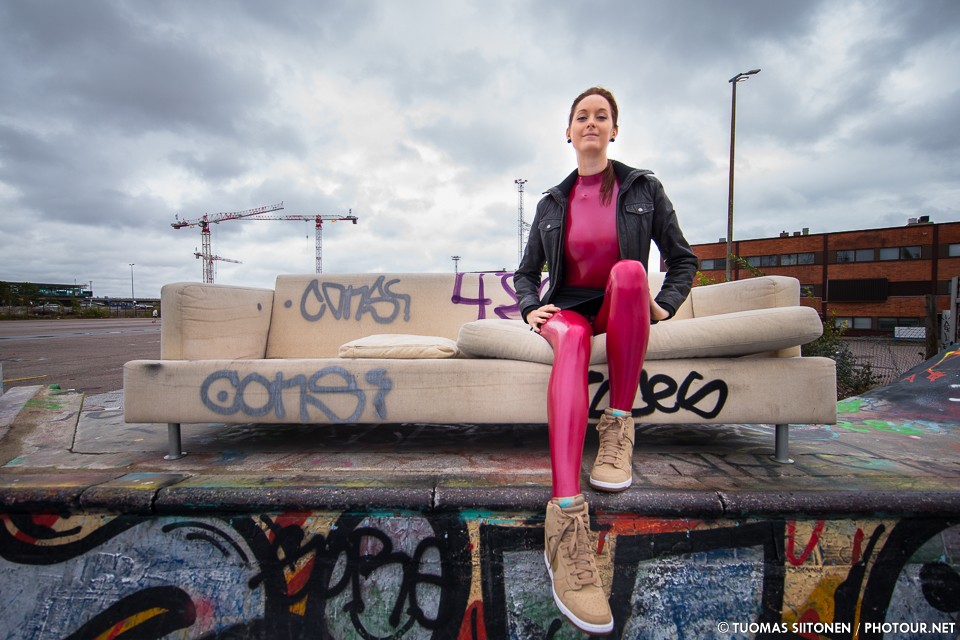 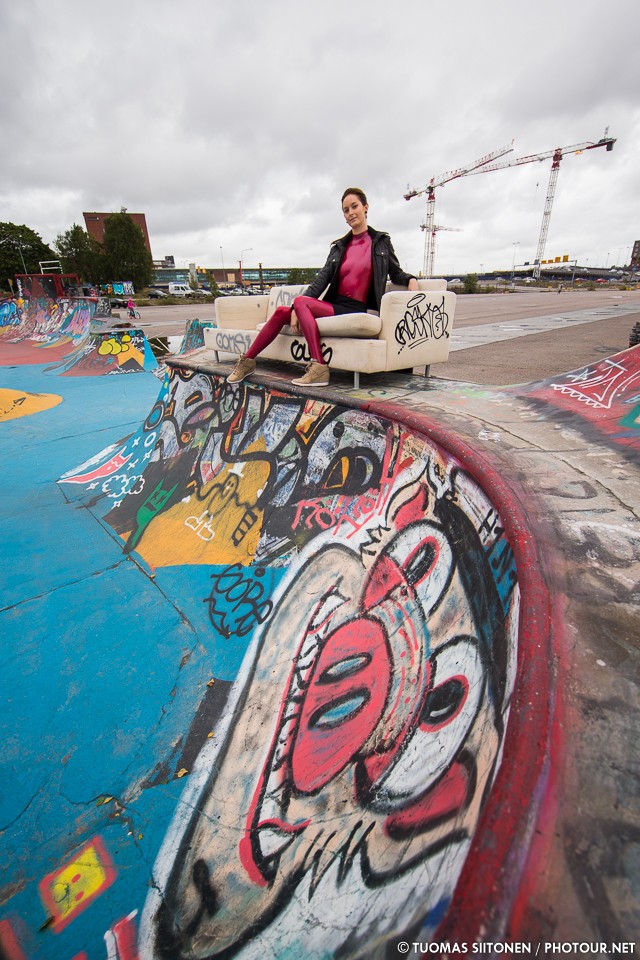 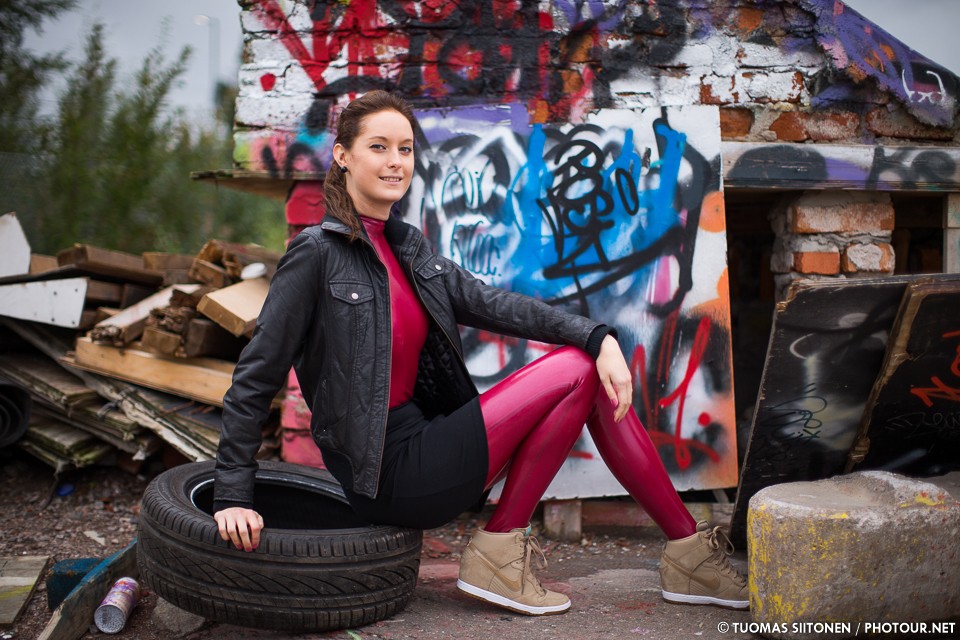 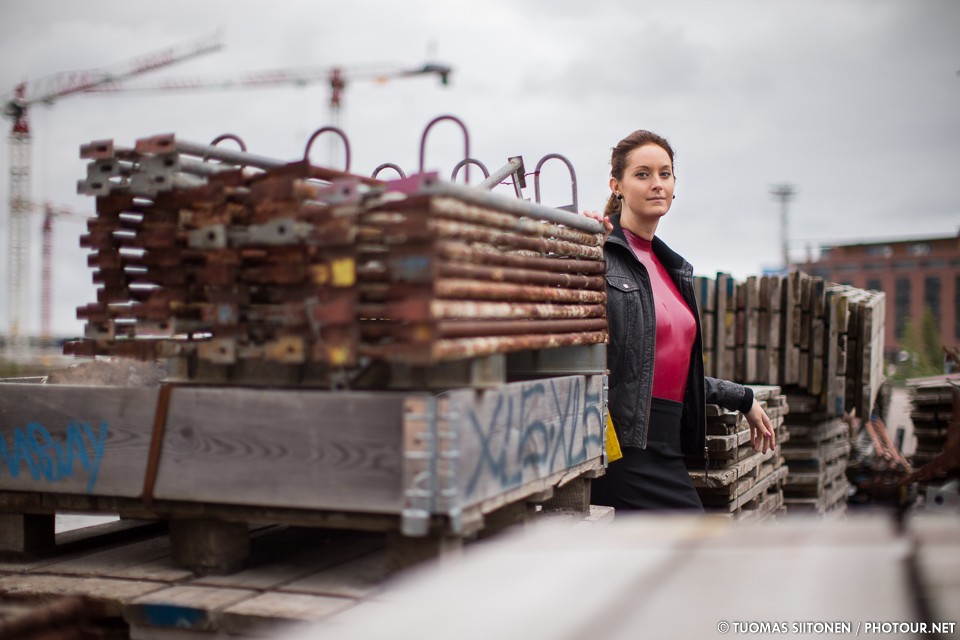 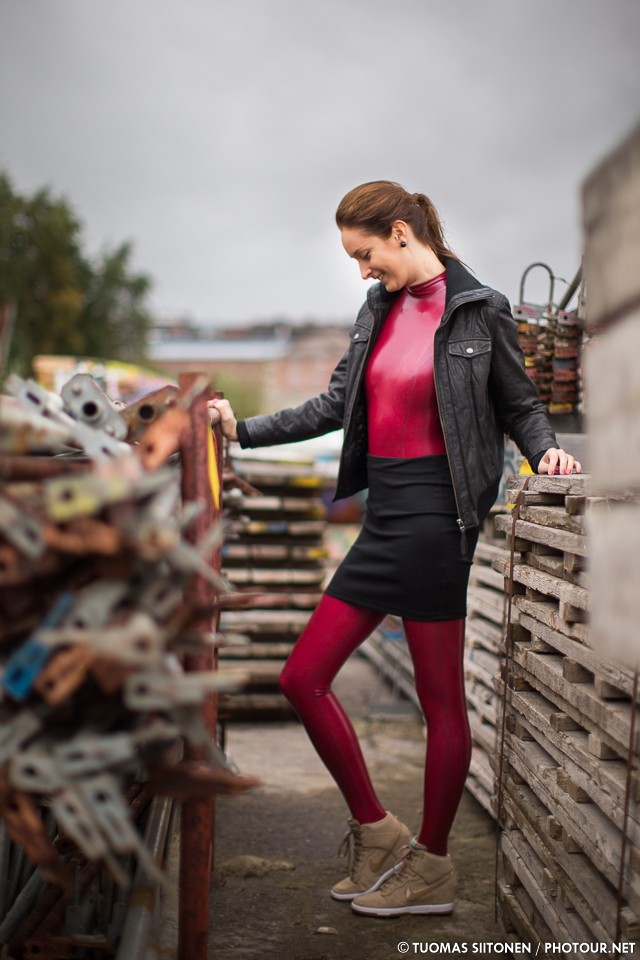 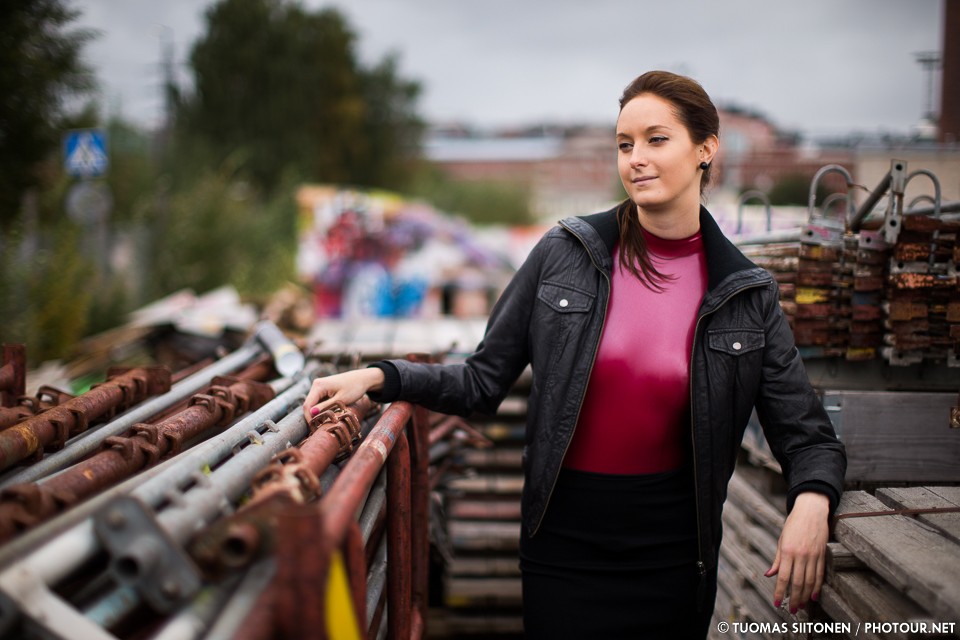 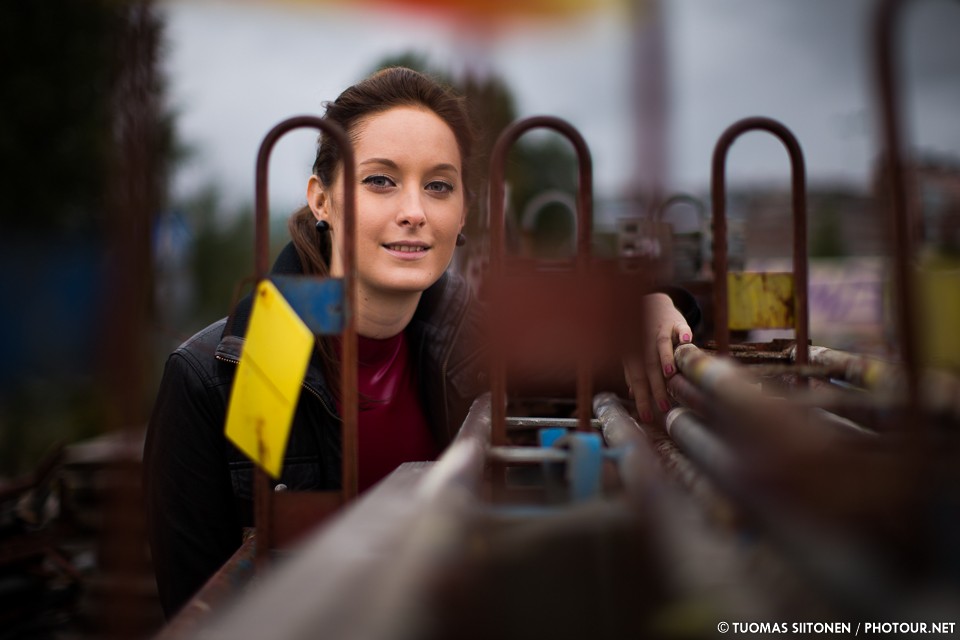 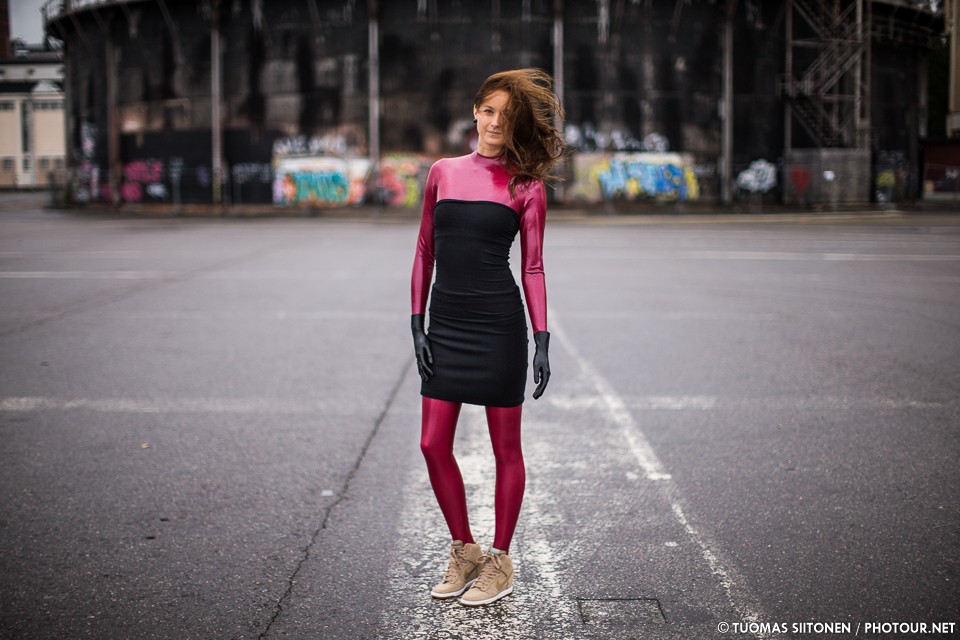 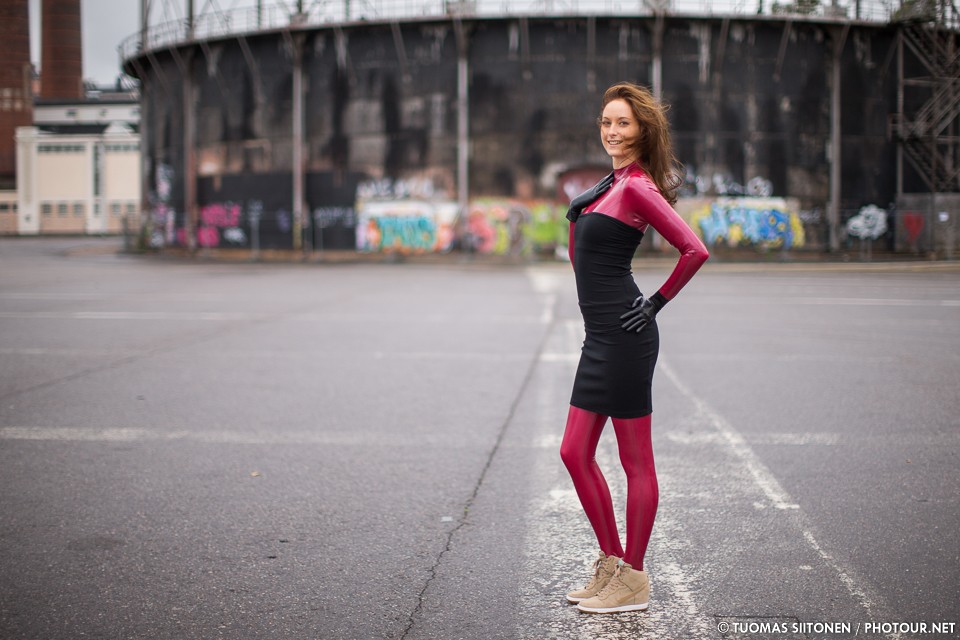 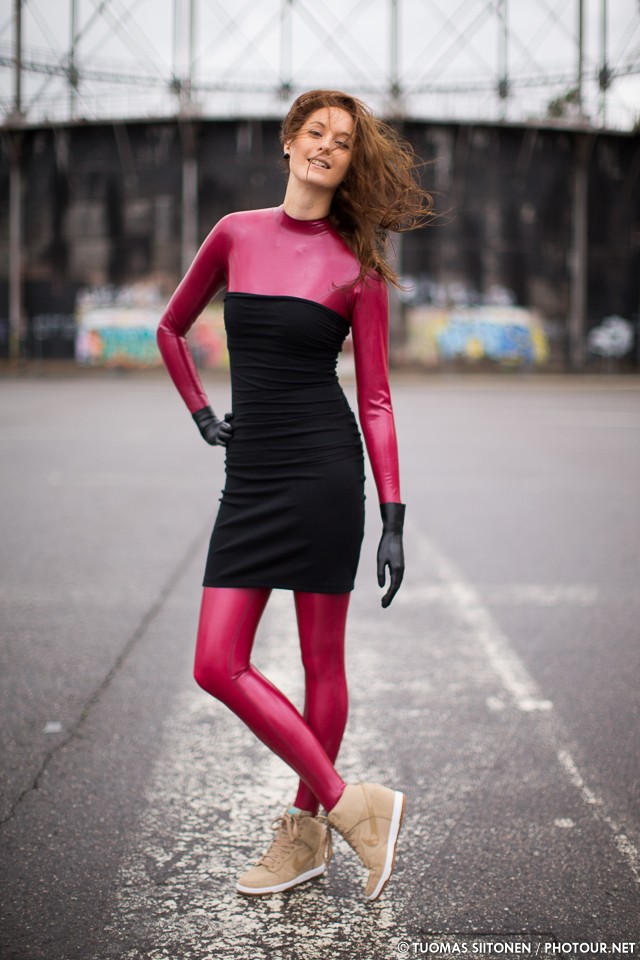 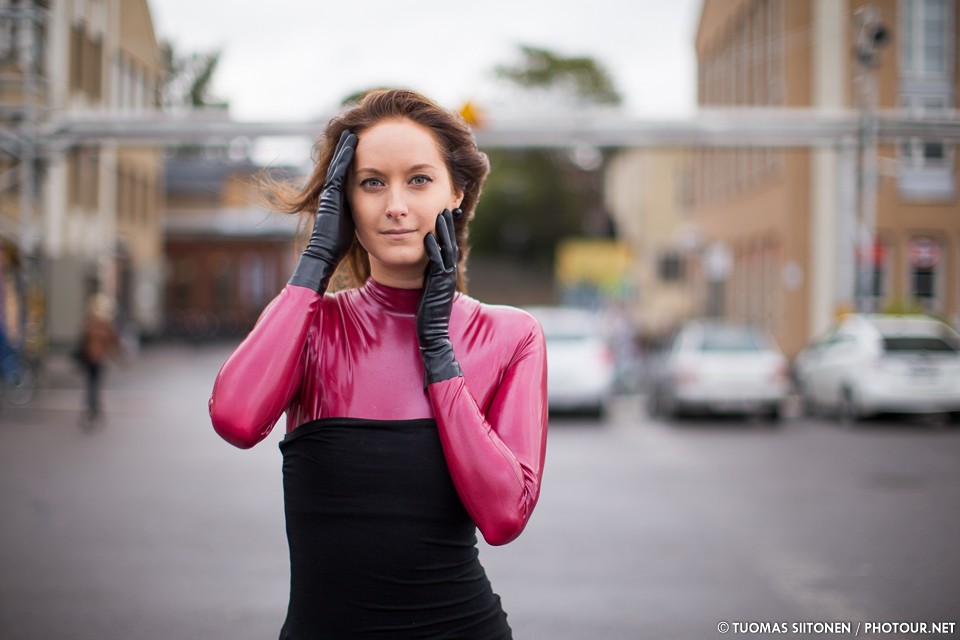 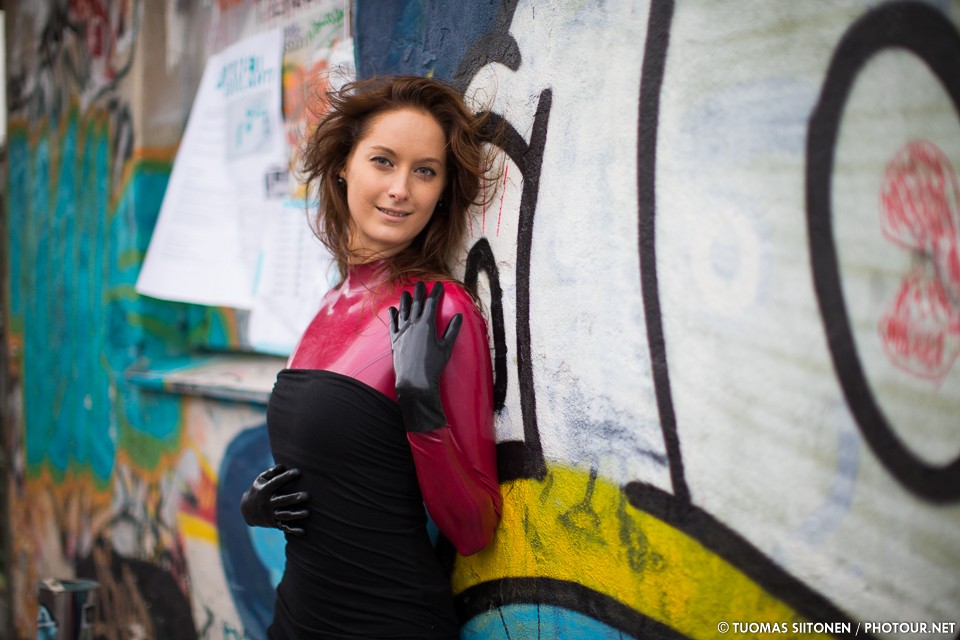 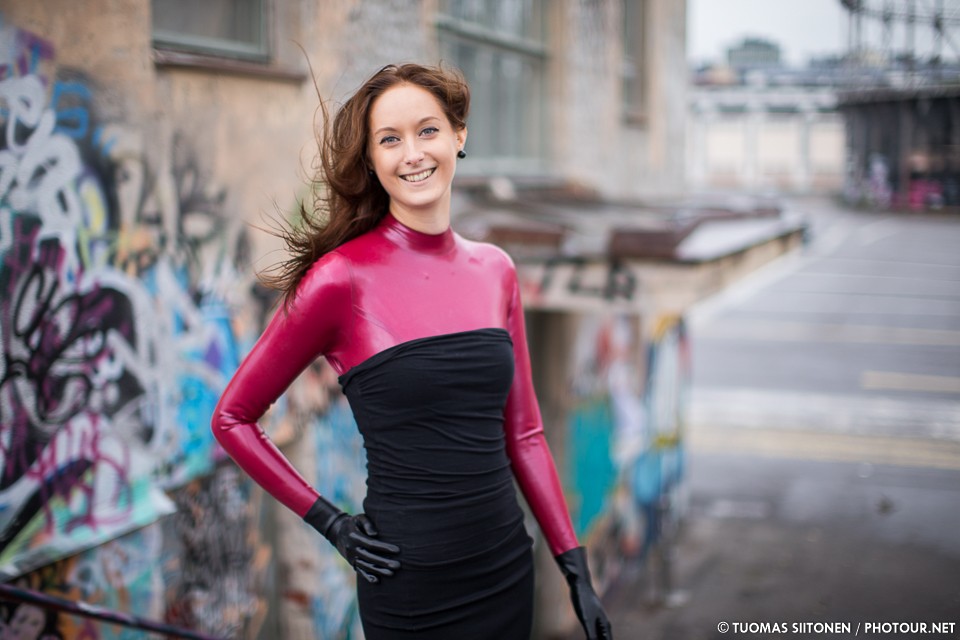 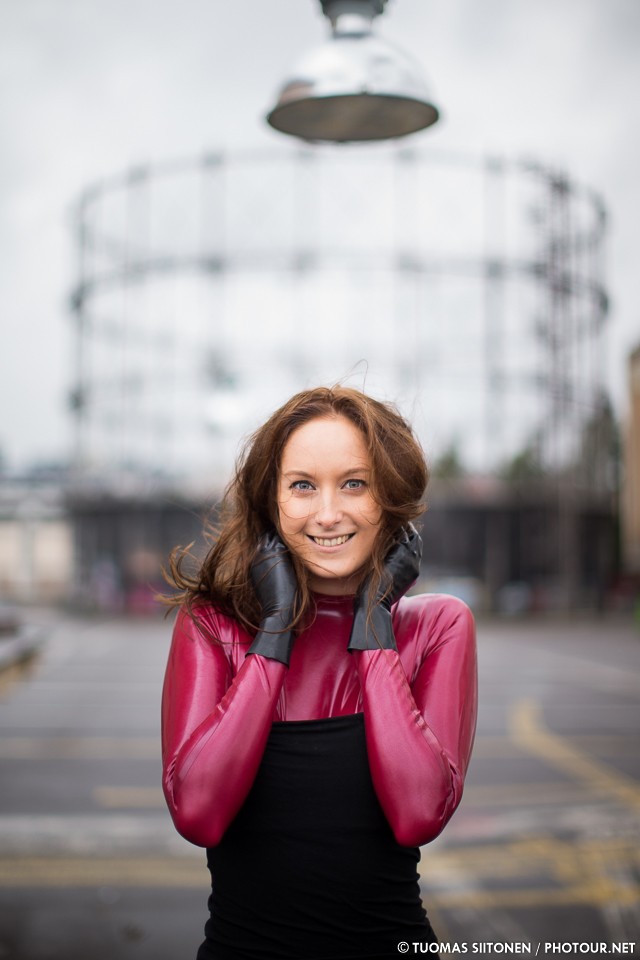