Did you know, that I’ve never had a project where the model was not Finnish – and thus we’ve never really used English as the main language to communicate during a photoshoot? Well, that was true before this, the 56th part. So let me introduce our new model, Janice, straight from Malta!

As she’s a student at University of Malta, we headed off to her campus at Msida. The day was sunny and warm, but as it’s October, the weather is cooling down – well, at least to some degree. It still was 26 degrees Celsius outside, but the winds kept us (at least me) at somewhat decent temperatures.

As the University of Malta is – of course – a university, we chose to shoot there during a Sunday, so that we would have room to shoot and that people wouldn’t stop and stare the guy pointing a huge camera at the latex-wearing model and shouting directions from the other side of the main plaza. This was a great choice, as the whole university area was almost completely void of people. While living in Malta, no place has been this calm; no surrounding traffic, no people chattering around, none of those bloody annoying kids running around with their kick scooters like they do in Tigné Piazza every single day till late hours. Shut up, kids!

The peace allowed us to travel around freely with no interruptions to the creative progress. The images could’ve probably been a bit better with the whole ruckus of people walking around, but then again, when a model is wearing latex for the first time ever, being comfortable and feeling safe is absolutely the most important thing.

Instead of a catsuit (which we’ve a bit overused, in all honesty, especially when trying to tie the project to everyday life), we chose to use a dress we haven’t yet used in the project: Libidex’s Princess Corset Dress. The dress was indeed a bit difficult to get on, as you’d imagine how difficult it can be to zip up a corset – but after relentless attempts, Janice got the dress on well.

Our previous project, the 55th part, Shy start to Malta, did not really show the interesting Maltese architecture at all, so I was really happy to be able to show it now.

Even though many might disagree with me, I really liked the atmosphere at the University of Malta. There were many corridors, plenty of different architecture from different times – and the campus area was huge! There were so many choices to do that after the evening, I was quite exhausted because I had used all of my creative possibilities. That, and all the buses heading back to my apartment were full, so I had to walk about five kilometres in the 26 Celsius heat with a camera bag weighing ten kilograms dragging me down. I really deserved that Cisk when I got home.

As usual, the behind the scenes and outtakes of the project will follow soon – with a video! 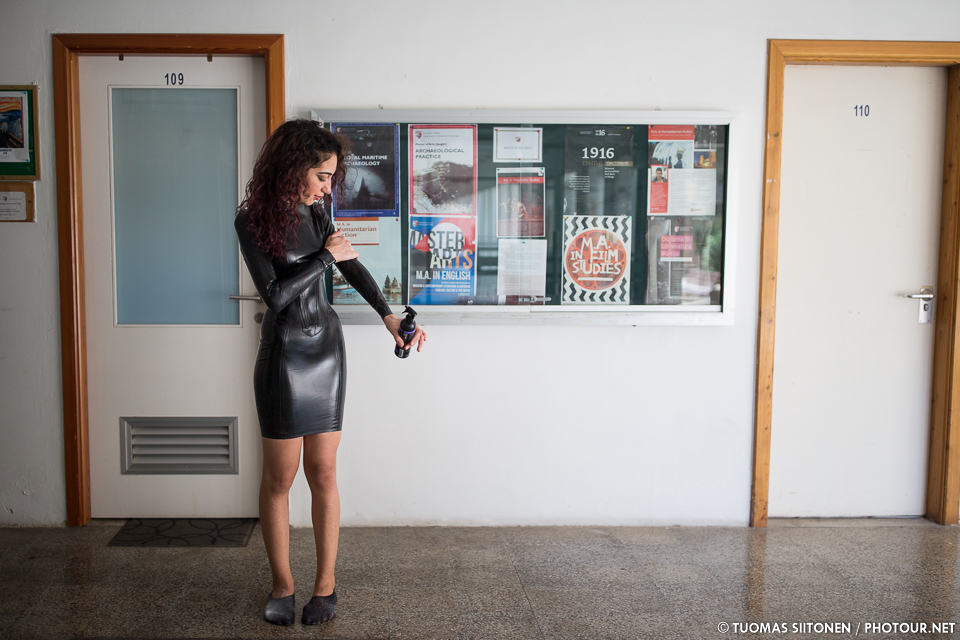 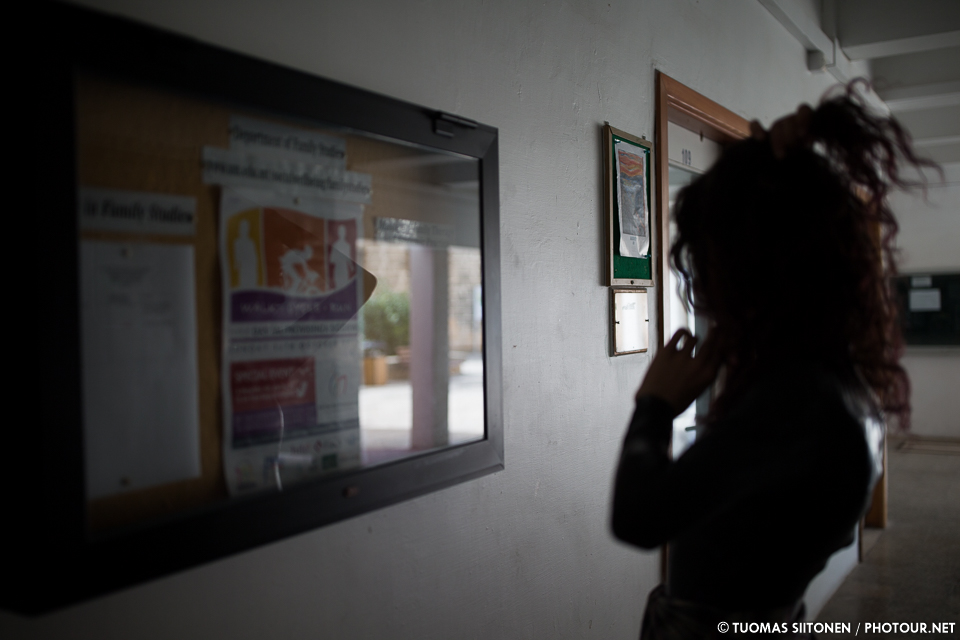 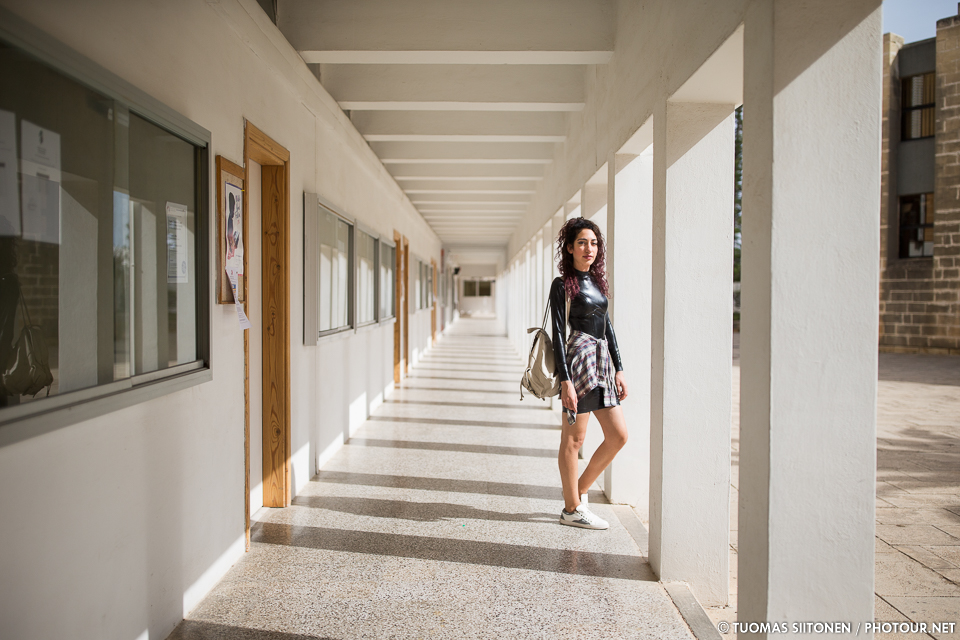 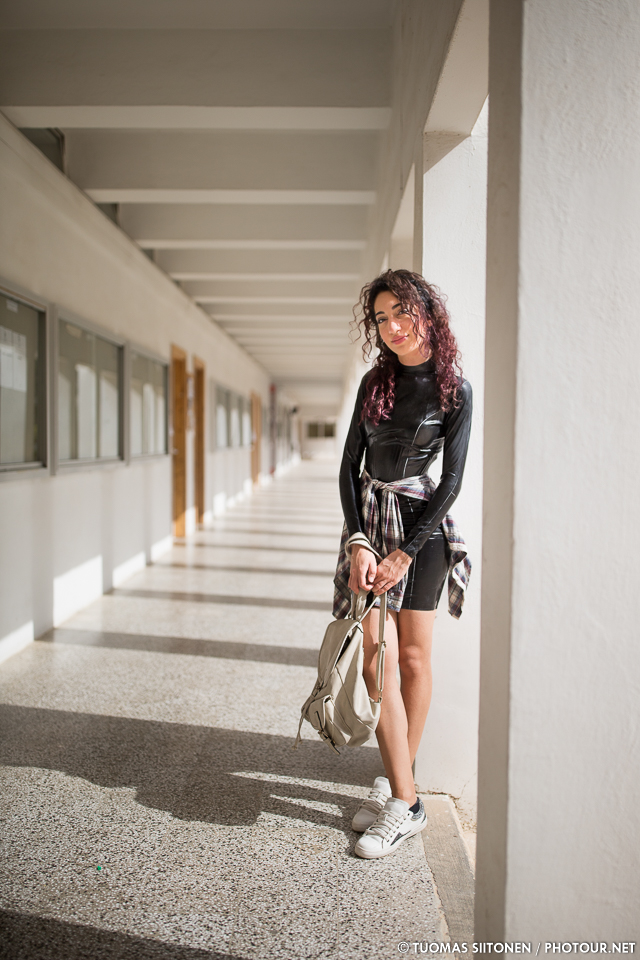 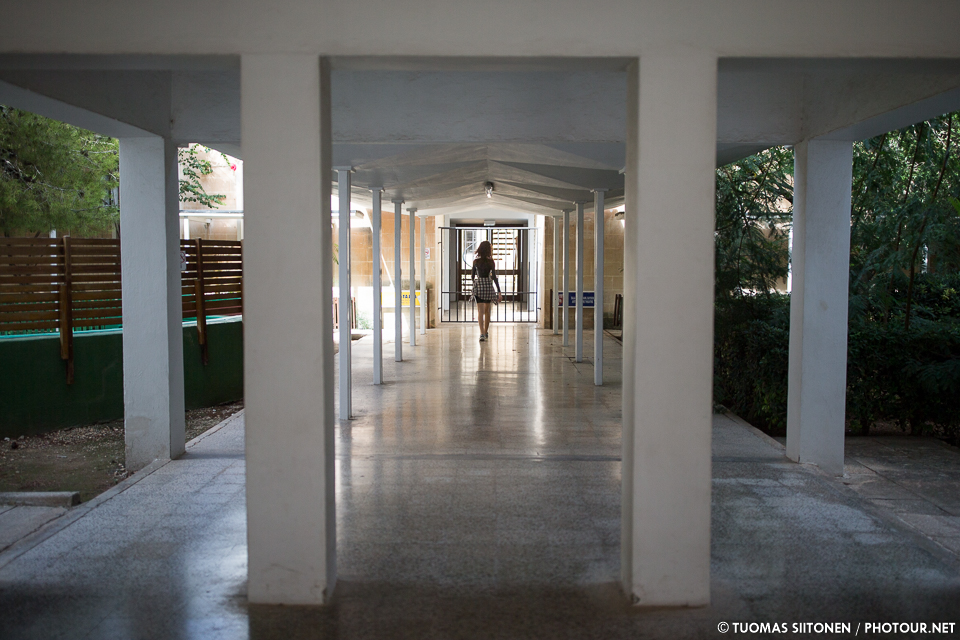 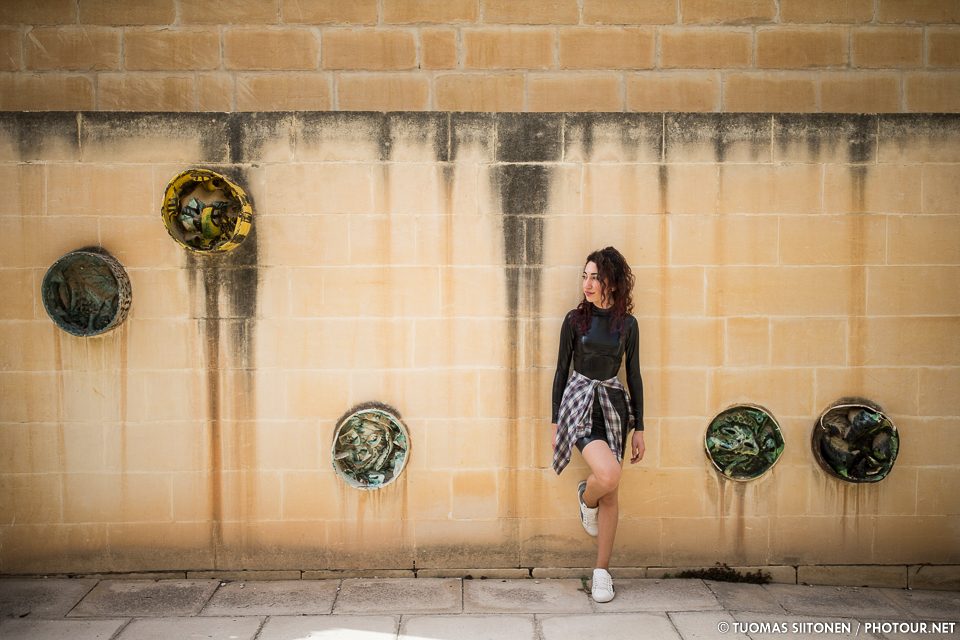 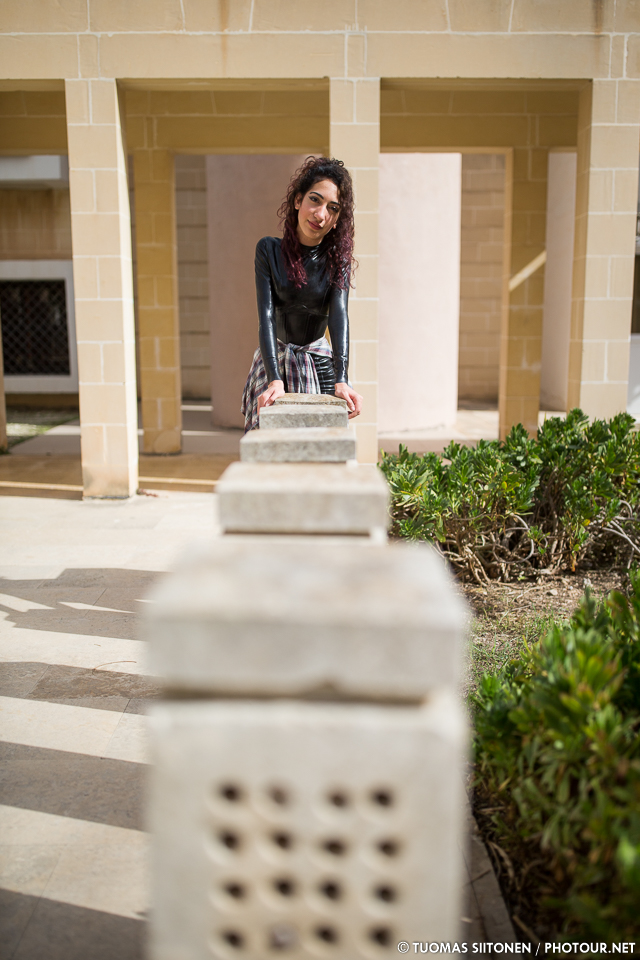 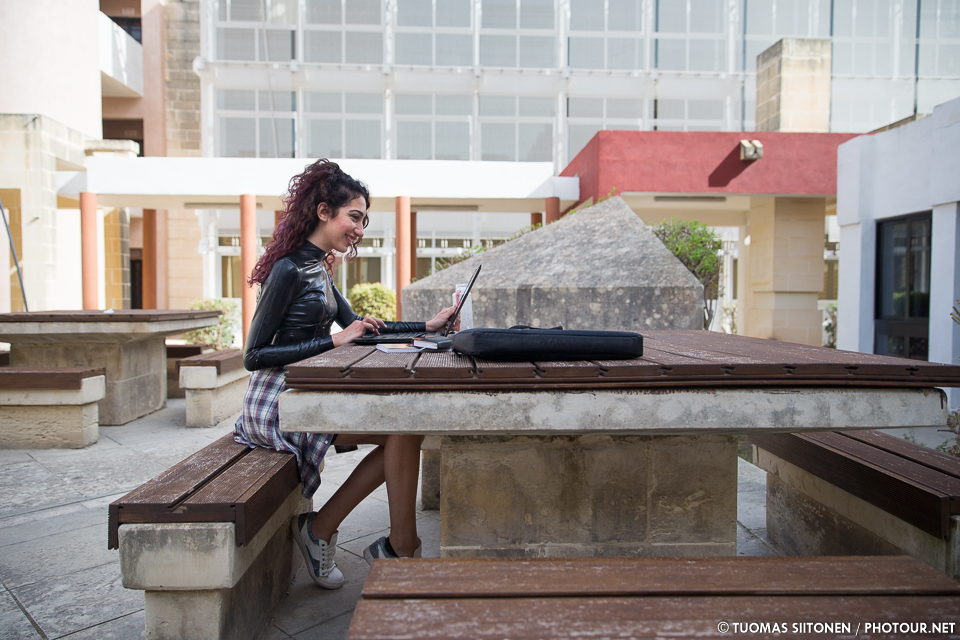 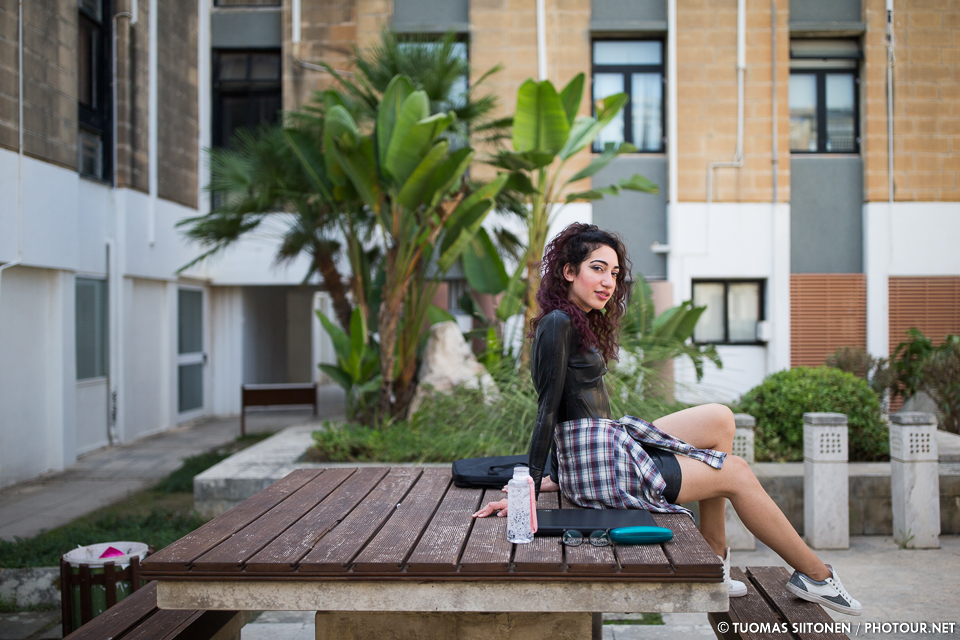 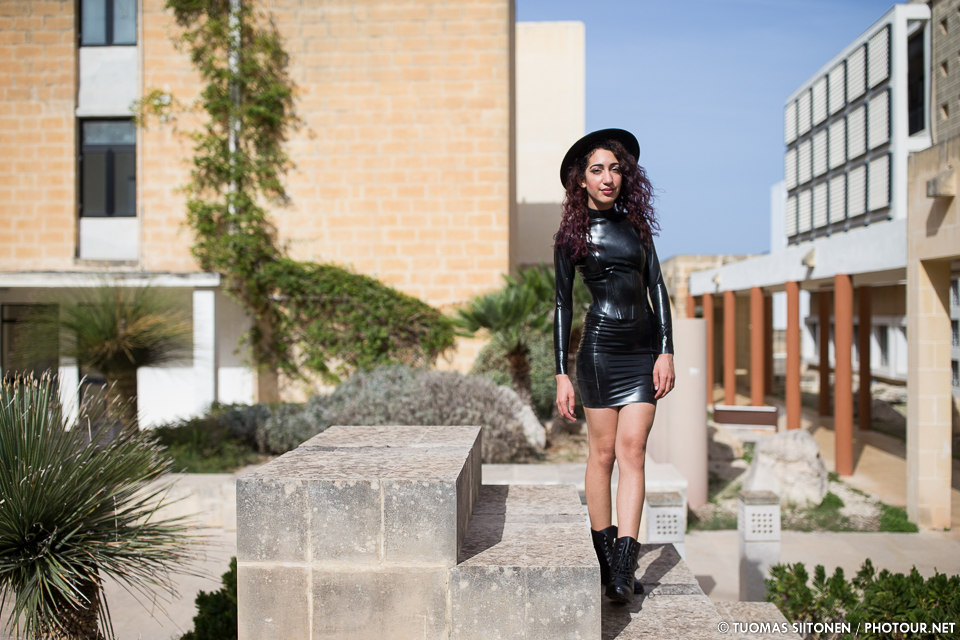 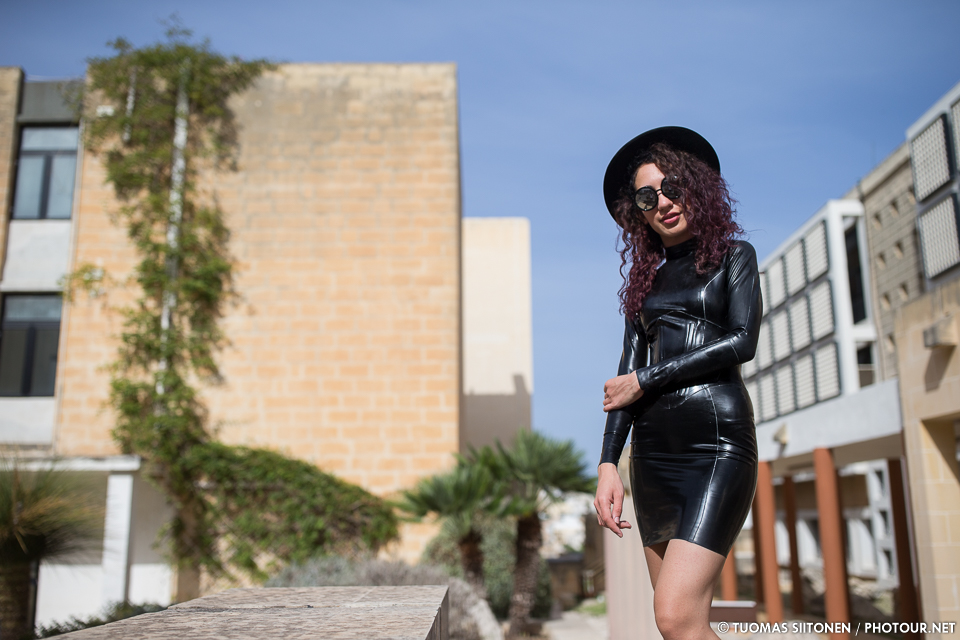 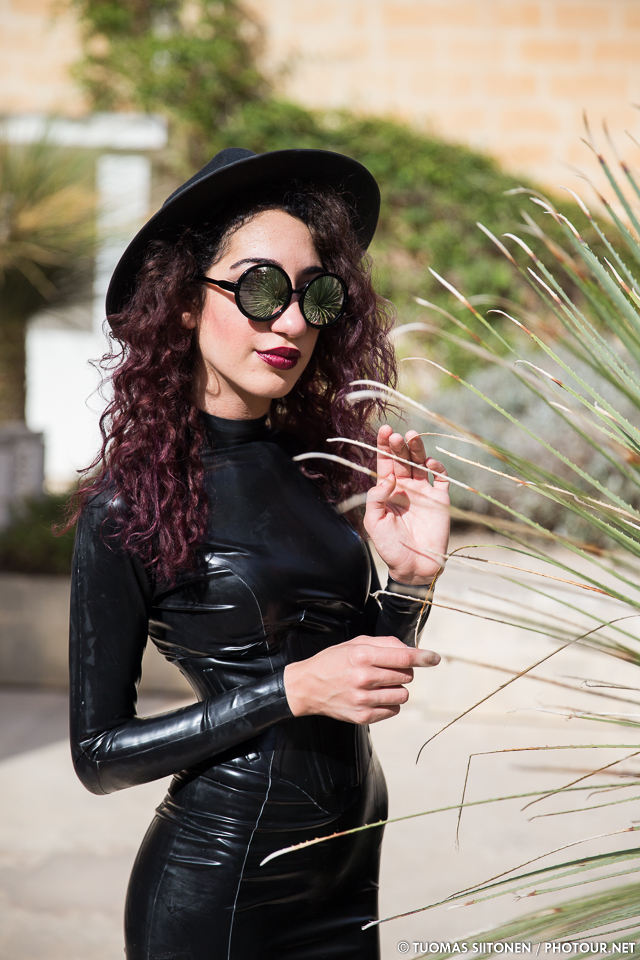 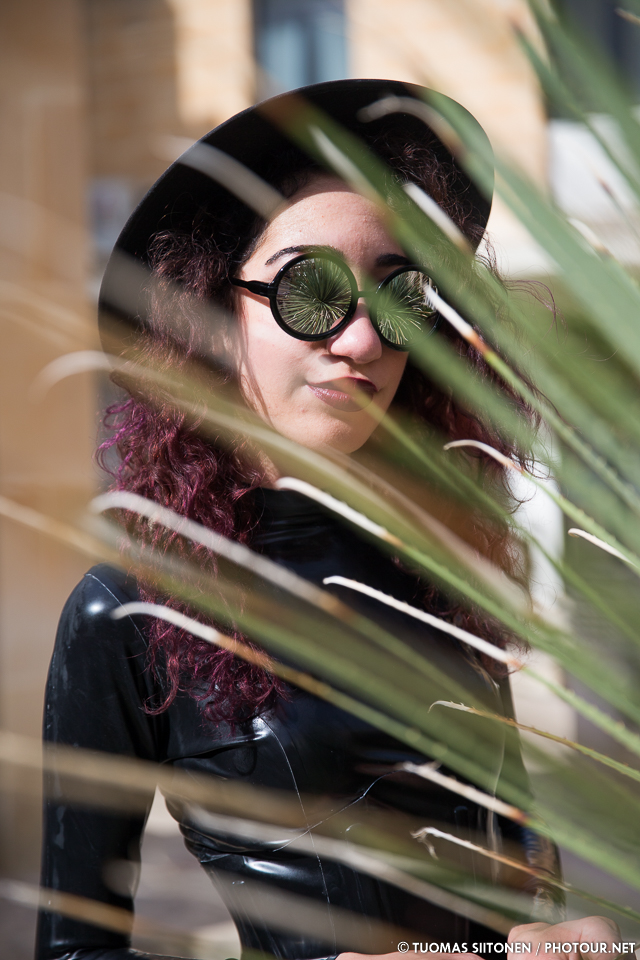 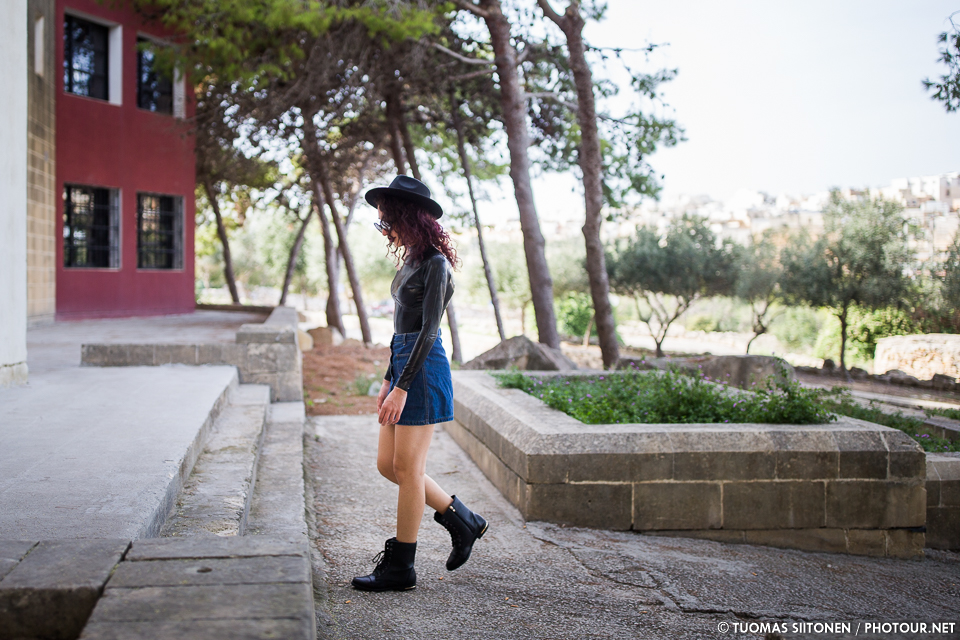 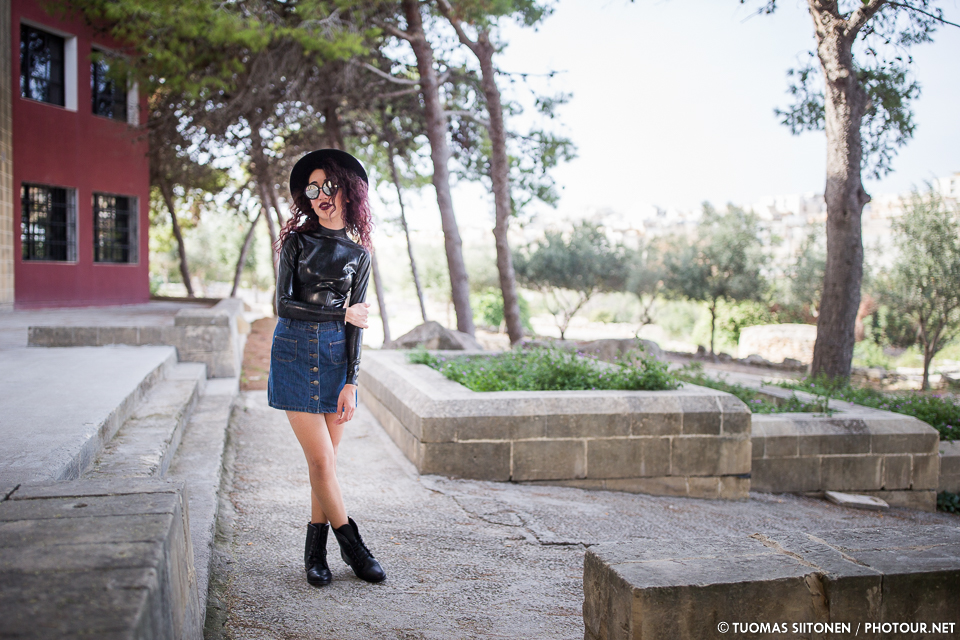 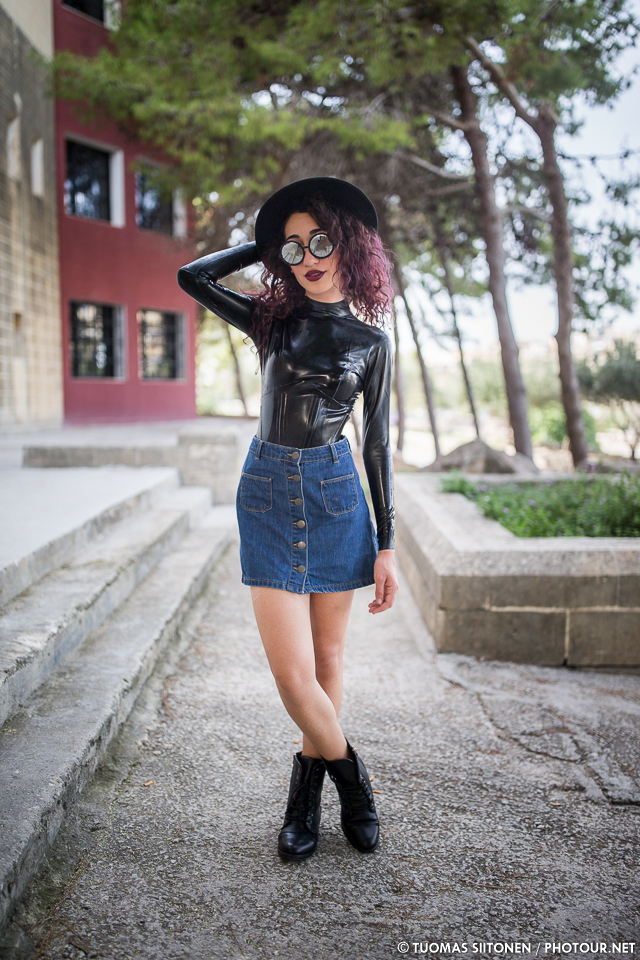 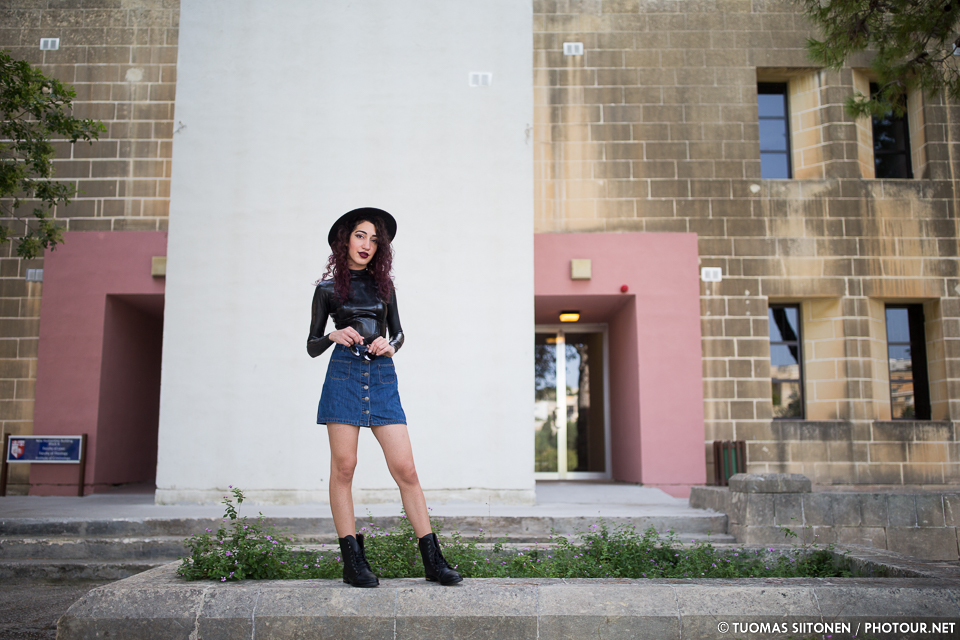 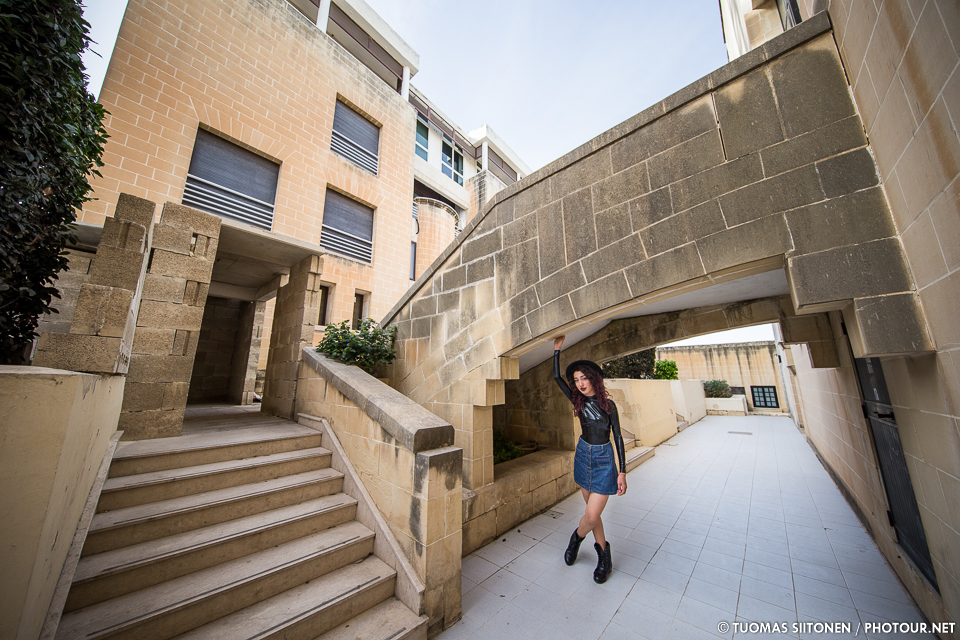 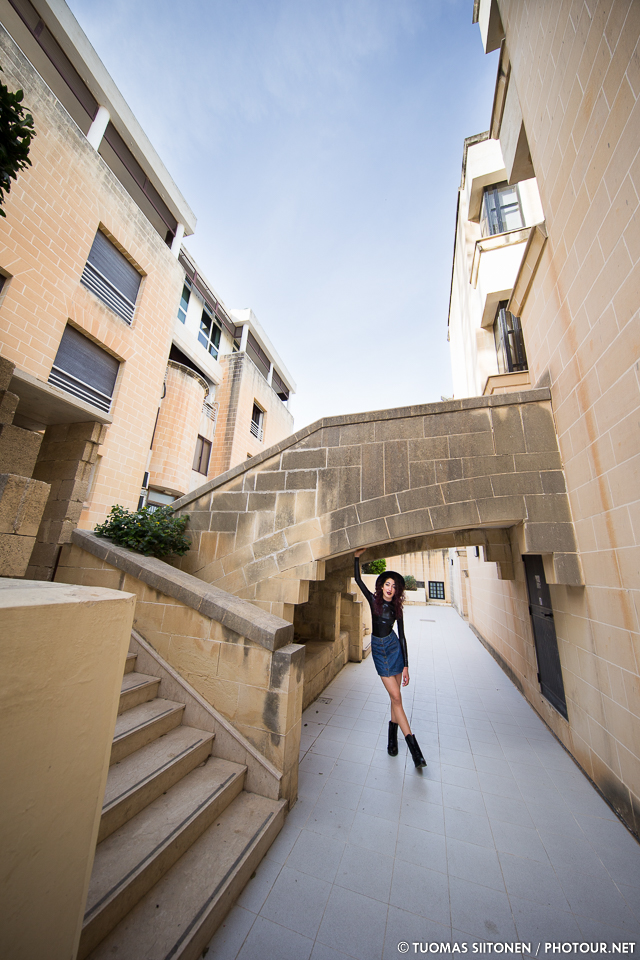 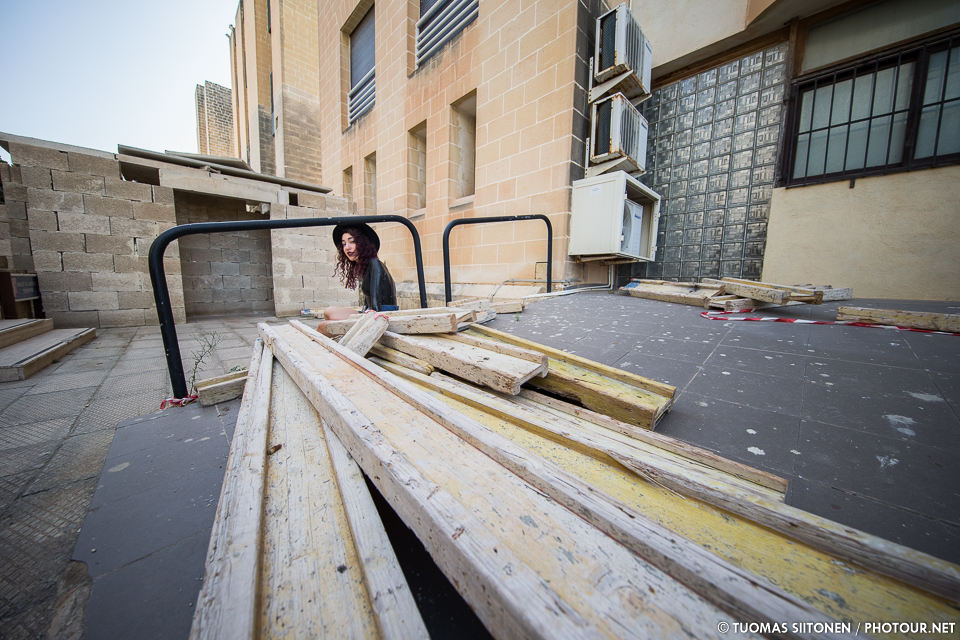 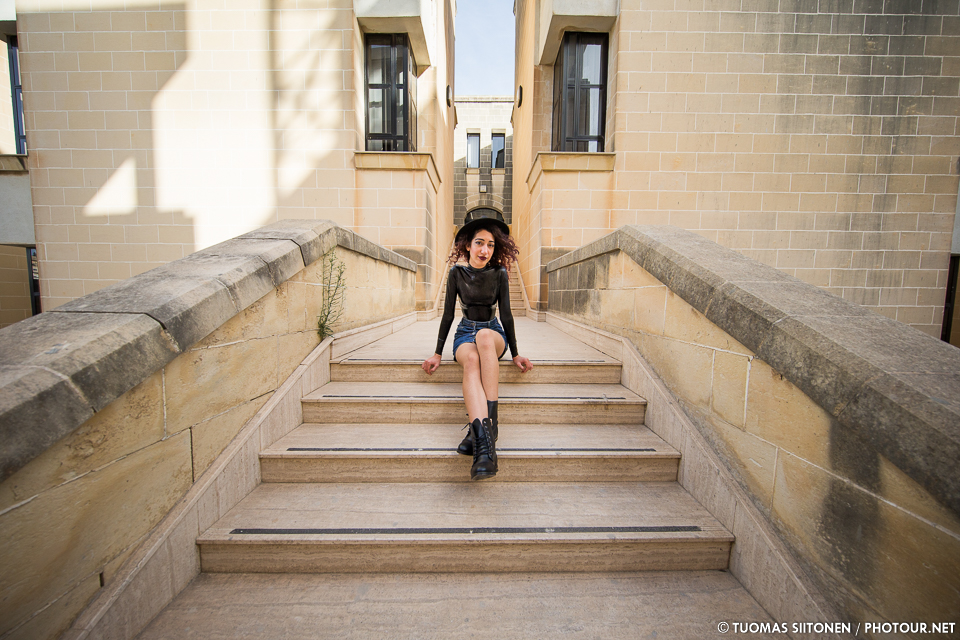 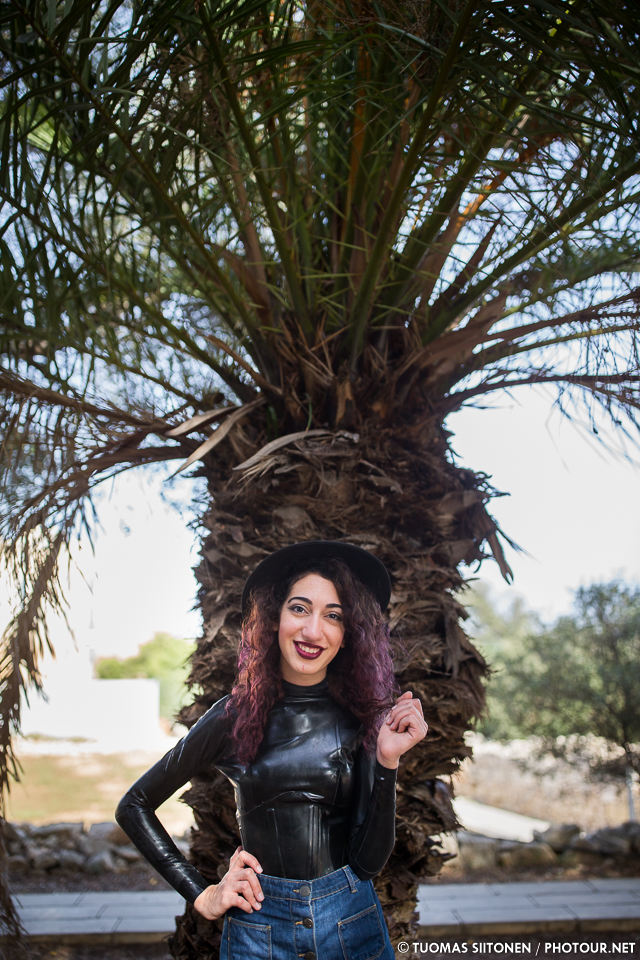 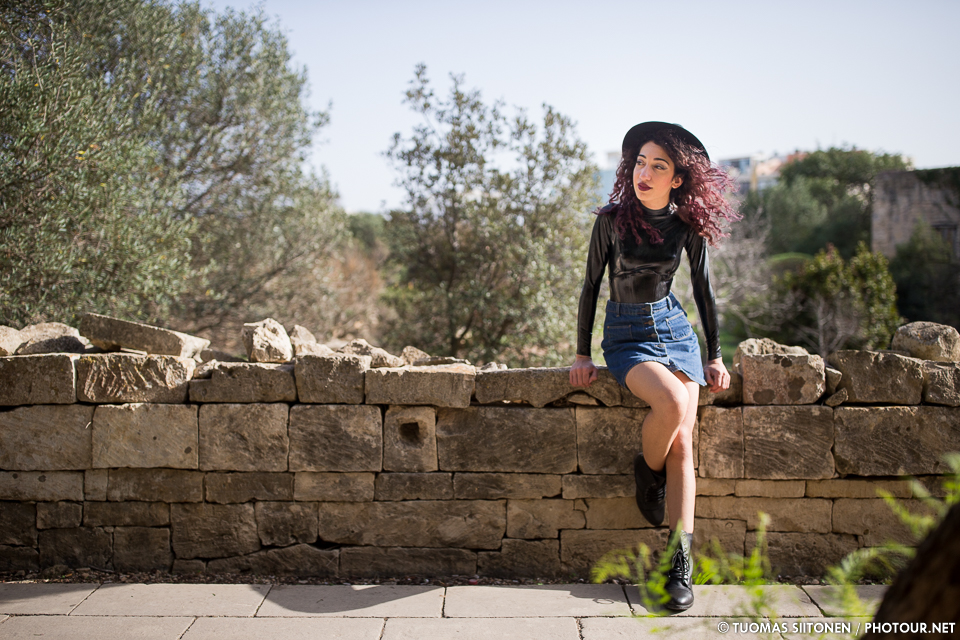 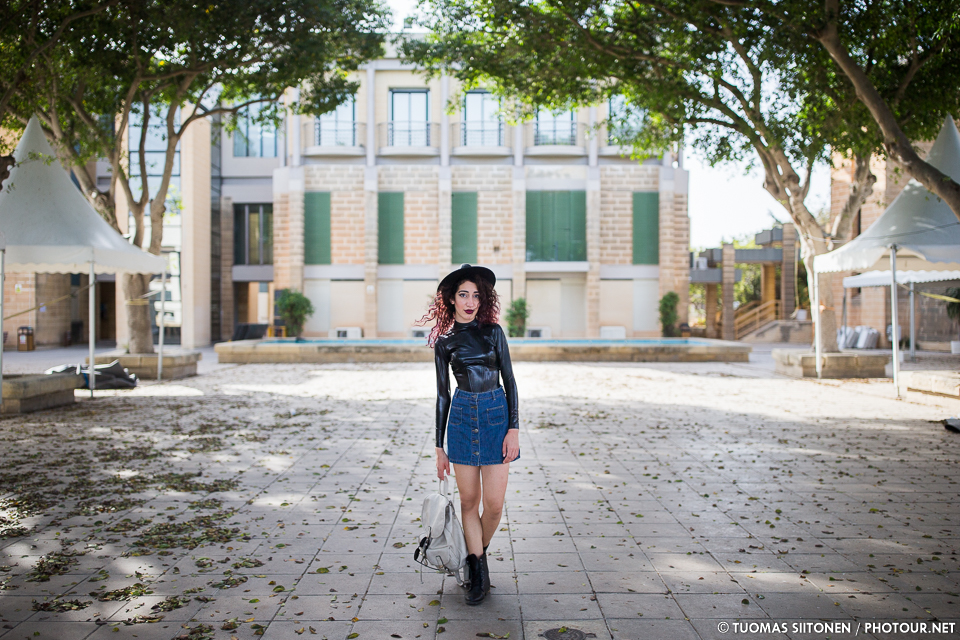 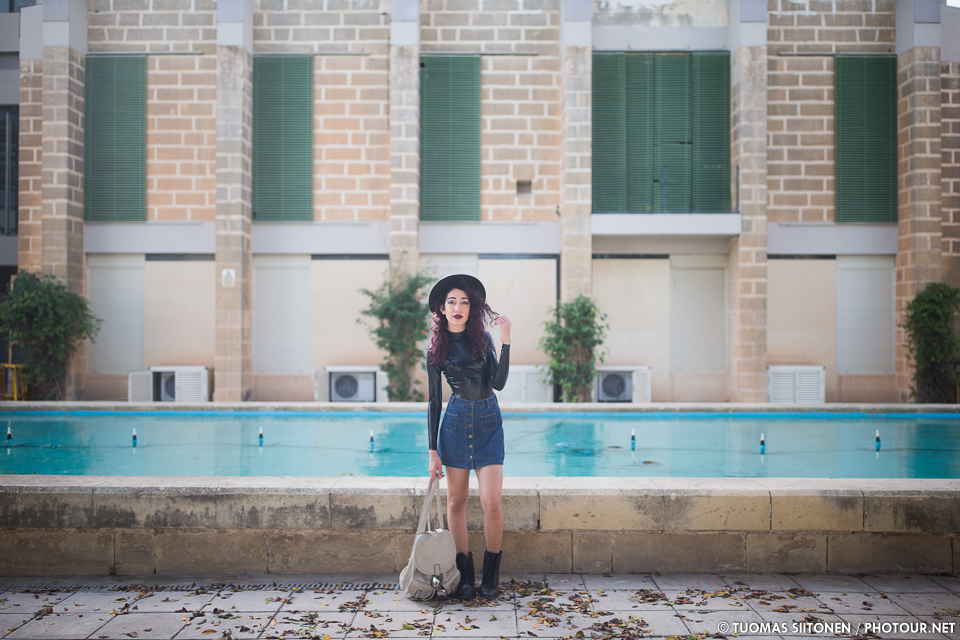