It has been building into this moment for a while now – for about 13 months, to be precise, as that is when we left Finland to live and work in the tiny, scorching island of Malta. But all that was way too much for me.

In the summer it was always way too warm, while in winter it was always way too cold – even indoors! To my surprise, I’ve never felt so cold anywhere in my life that I had felt in Malta; and this is coming from a man who spent his childhood in weathers as cold as -35 degrees Celsius. It’s just that in Malta you can’t escape the coldness inside because the houses aren’t built to be insulated that well.

Now finally, on the first days of October, we – me, Leila and Nella the dog – flew back up north. Our stuff was packed few days prior to be sent via containers and is still awaiting to arrive here in Finland. What this means is that all the latex of Project L is still somewhere between Malta and Finland and so that we can’t really shoot projects right now.

Except with Didi Ou, who has her own wardrobe full of latex. Well, not precisely full, but enough stuff to combine to shoot a Project L.

It only took me a day or two after arriving to Finland to set the date for our photoshoot with Didi. The Finnish autumn is losing light quickly and the beautiful, yellowing leaves are rotting away in the never-ending rain.

As I’m writing this update now, we’ve only got two days with no heavy rain, and we’ve already been in Finland for two weeks. This is ridiculous. But all and all, I don’t miss Malta. Finland’s air is so fresh and feels so refreshing.

Going for the casual look, Didi dressed herself up into black Catriona Steward Clothing’s latex jeans and a metallic blue top made specially for her.

With something new, we actually streamed the first parts of our photoshoot – you can watch it from the video below!

I was not happy with the weather. It was raining and the clouds cast a gloomy, dull greyness around Tampere and Hataanpää’s Arboretum, right next to lake Pyhäjärvi. The location was great, and you might recognize its nature from the middle of Part 30 – Freezing Tampere, but the ambient light was plain awful.

We managed, though, and even though I felt a bit worried about doing the photoshoot as well as handling the stream. But still I still feel like we could’ve achieved much more with a better weather. 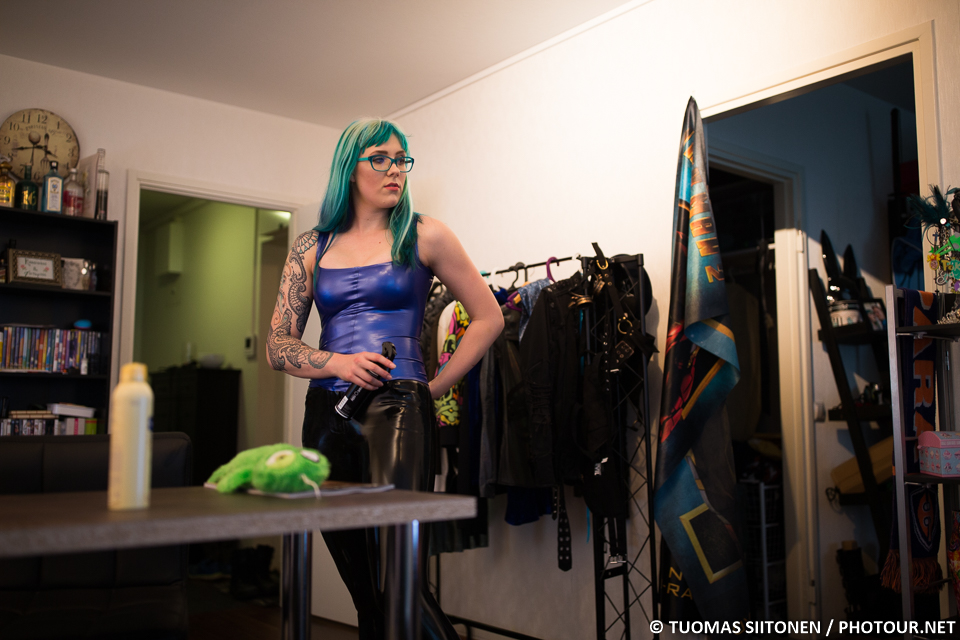 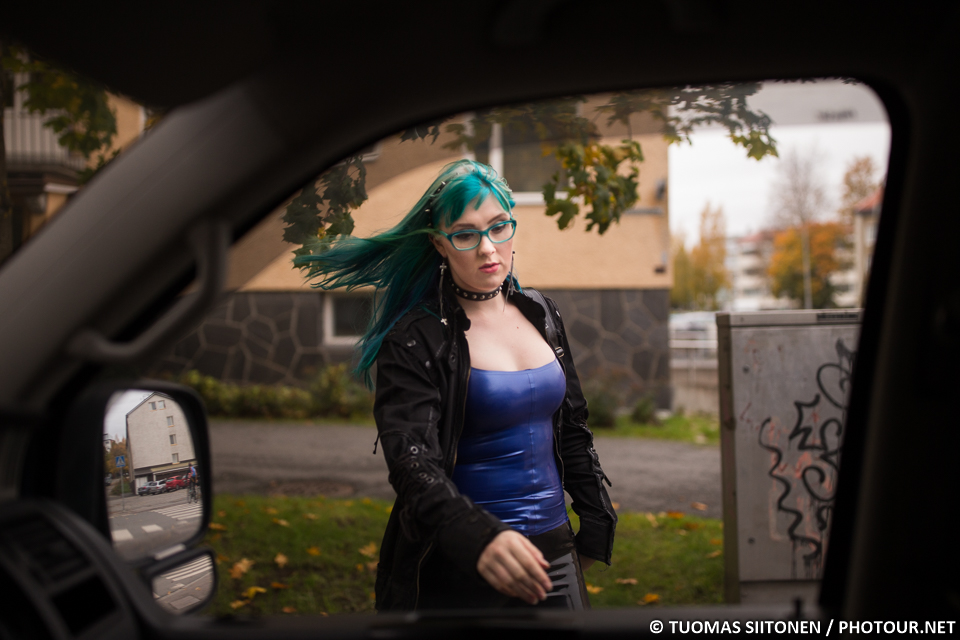 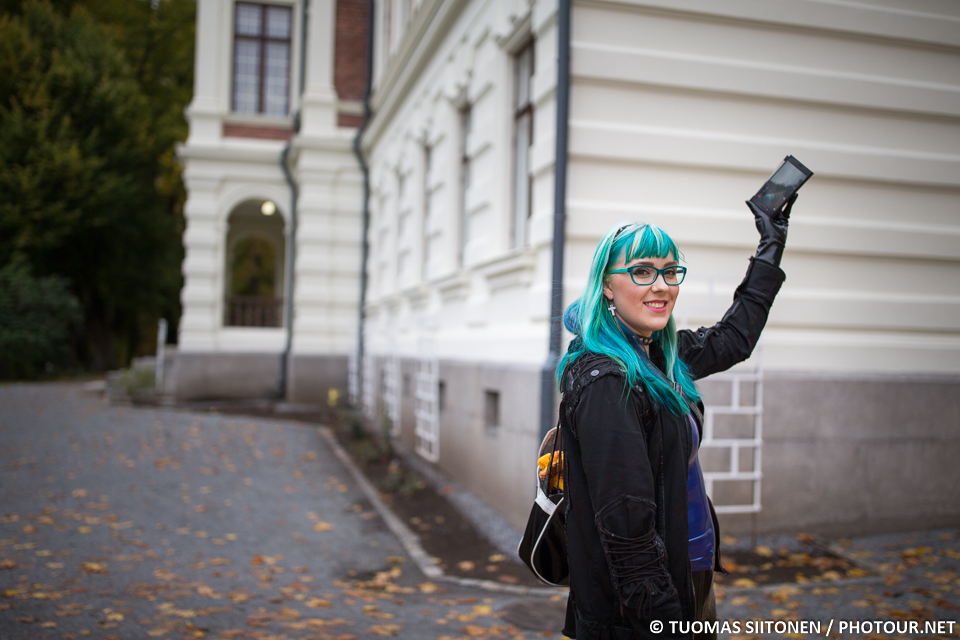 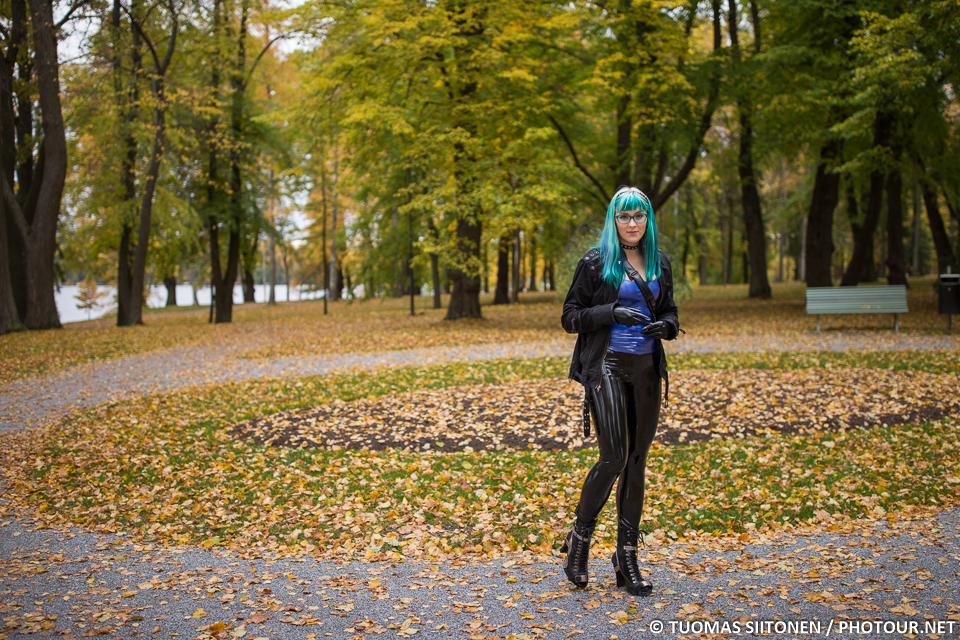 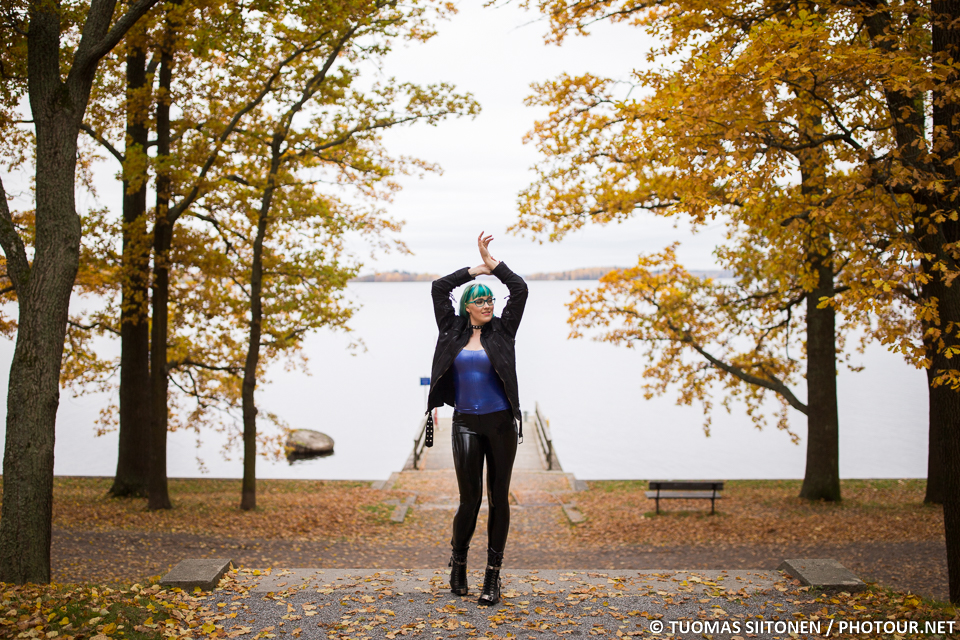 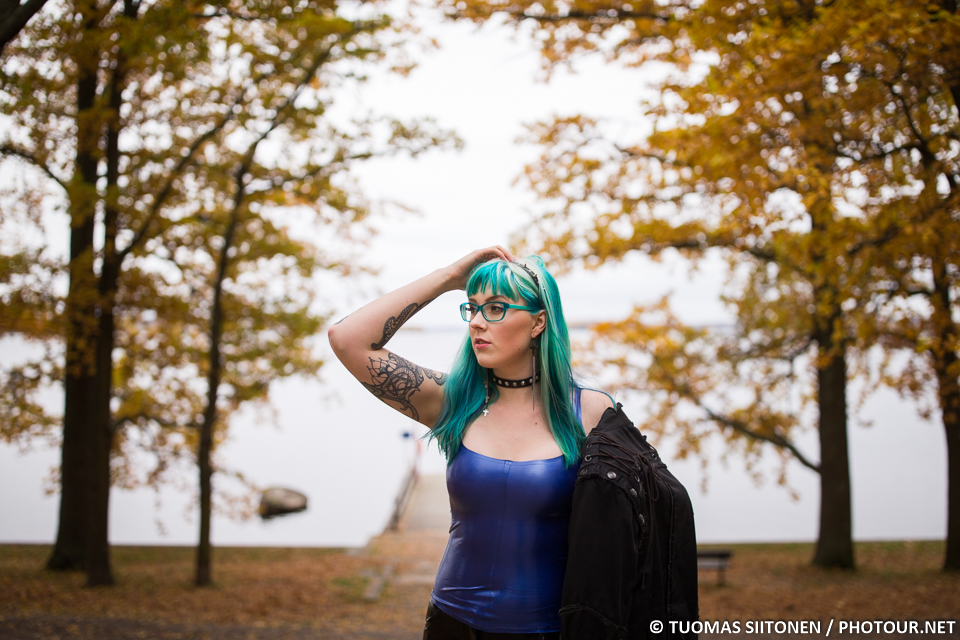 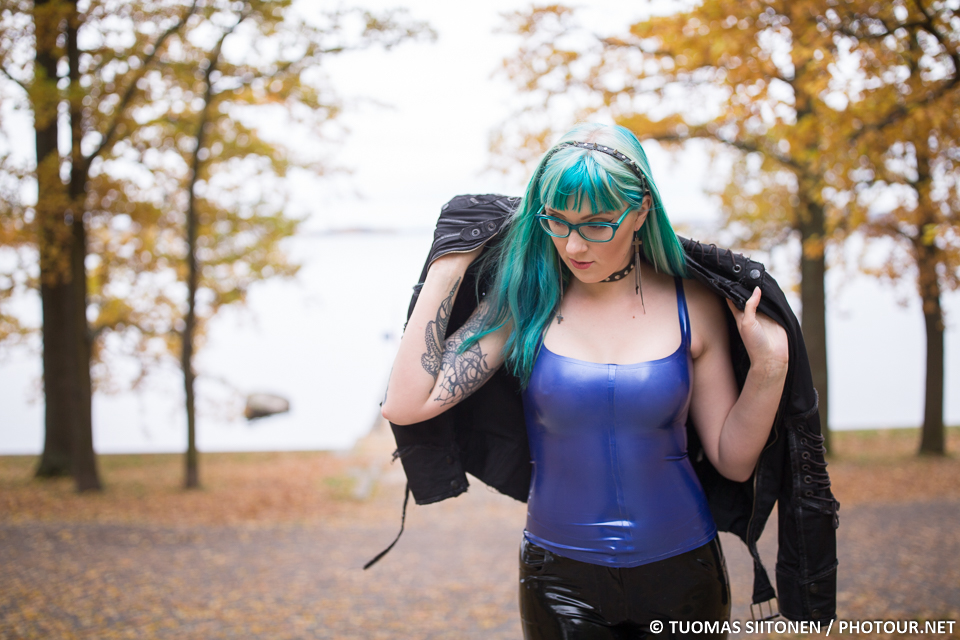 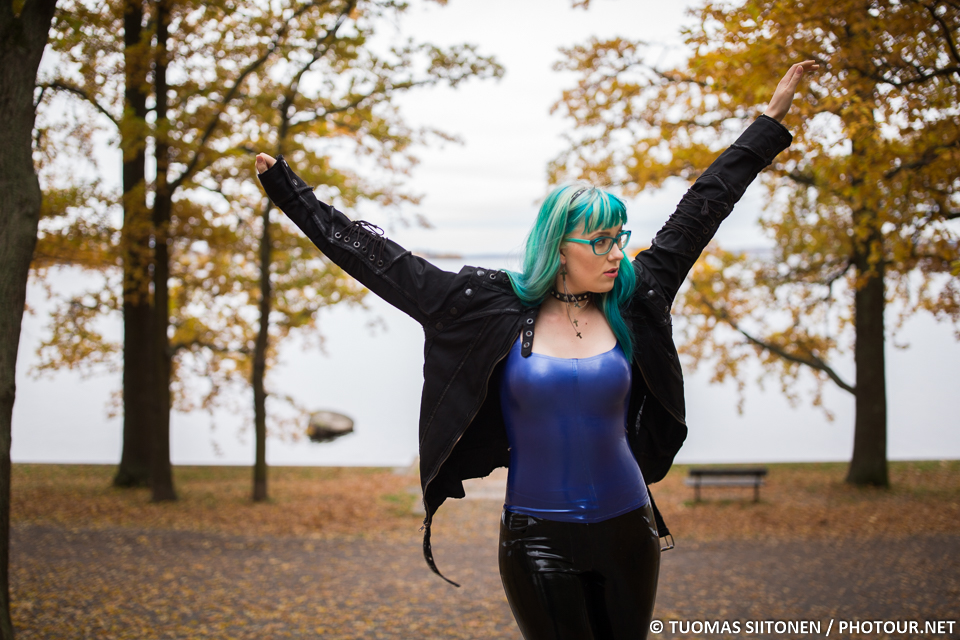 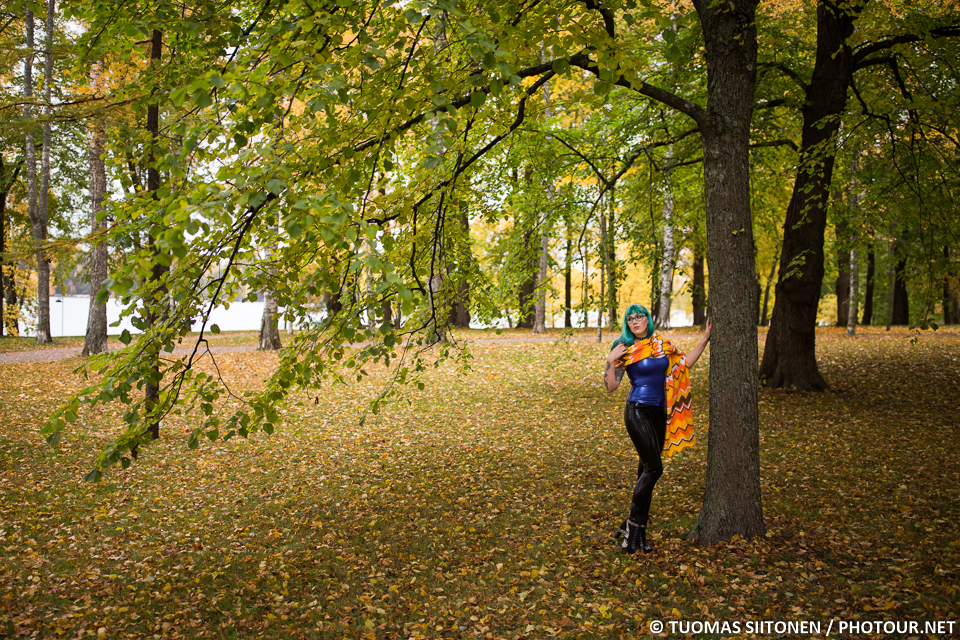 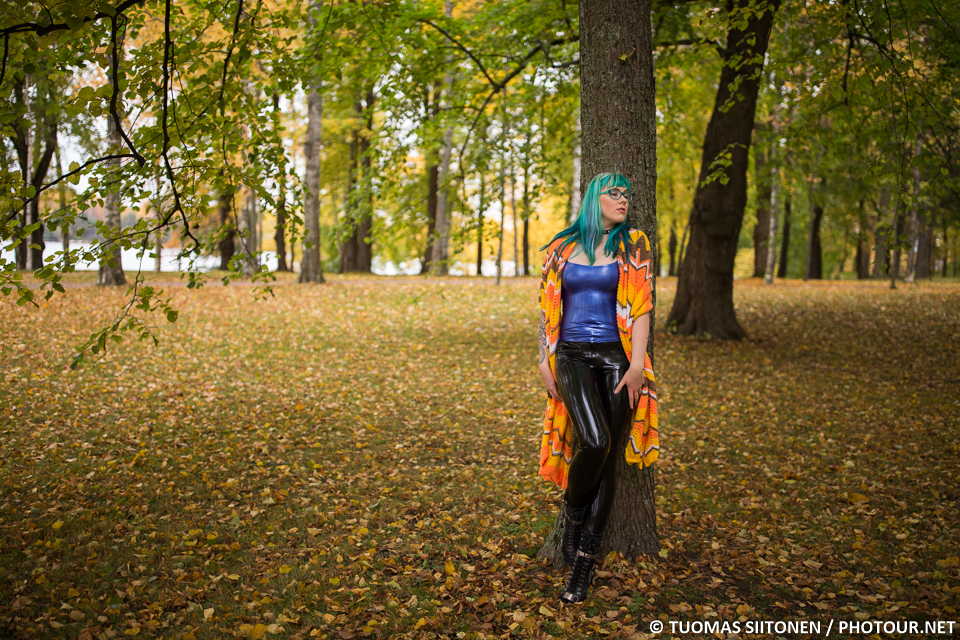 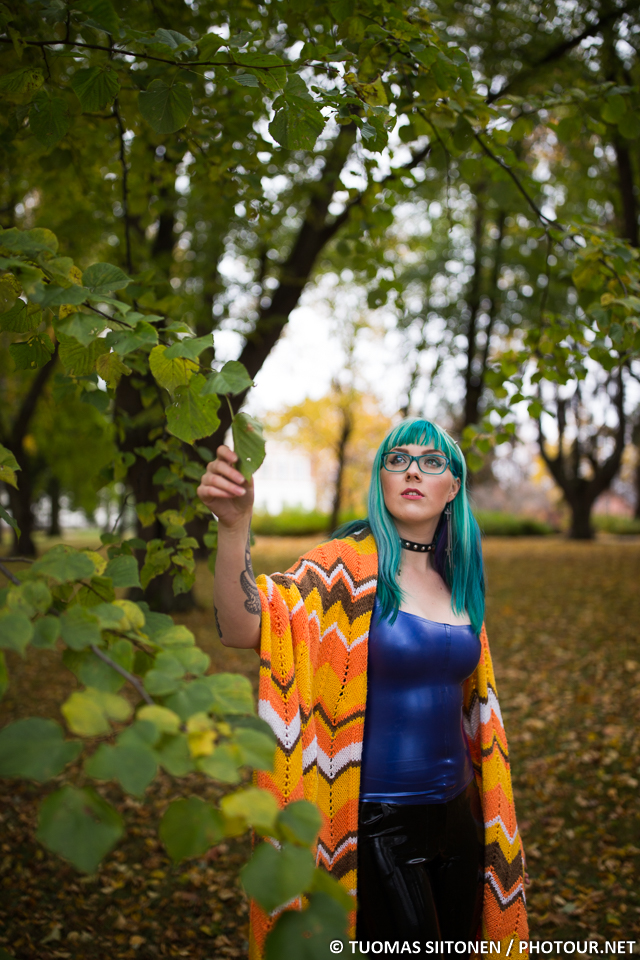 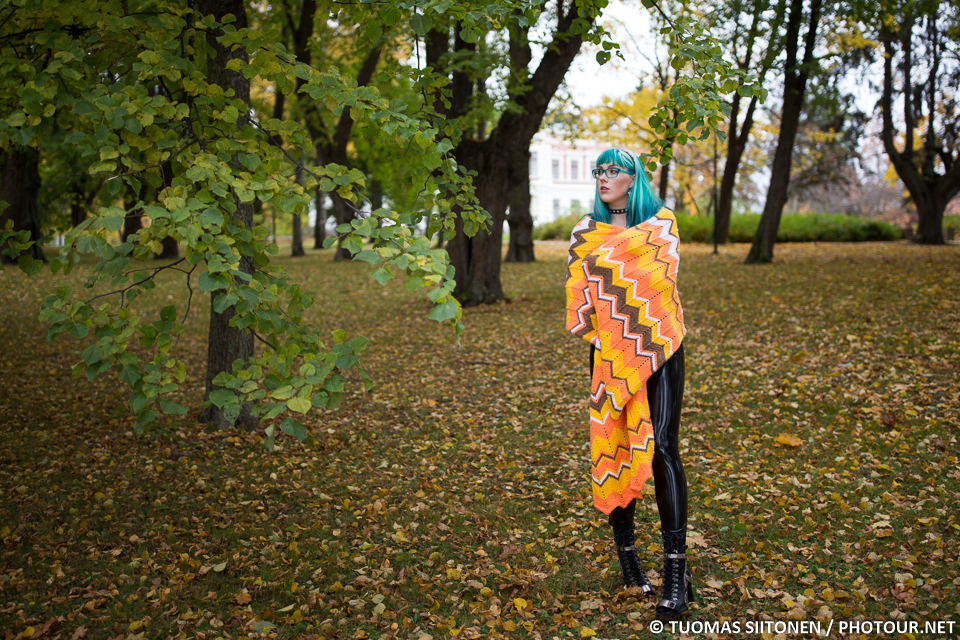 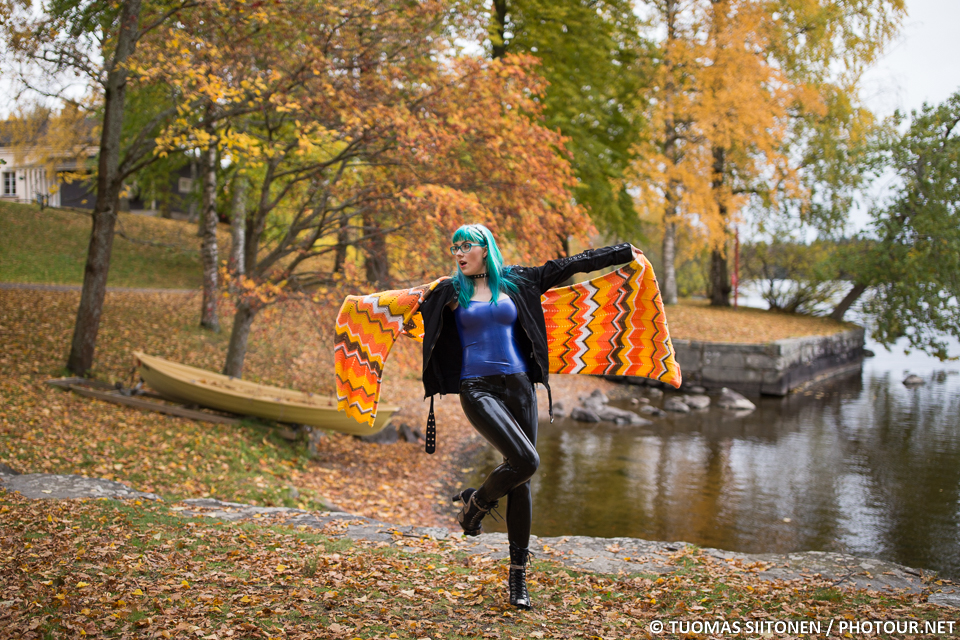 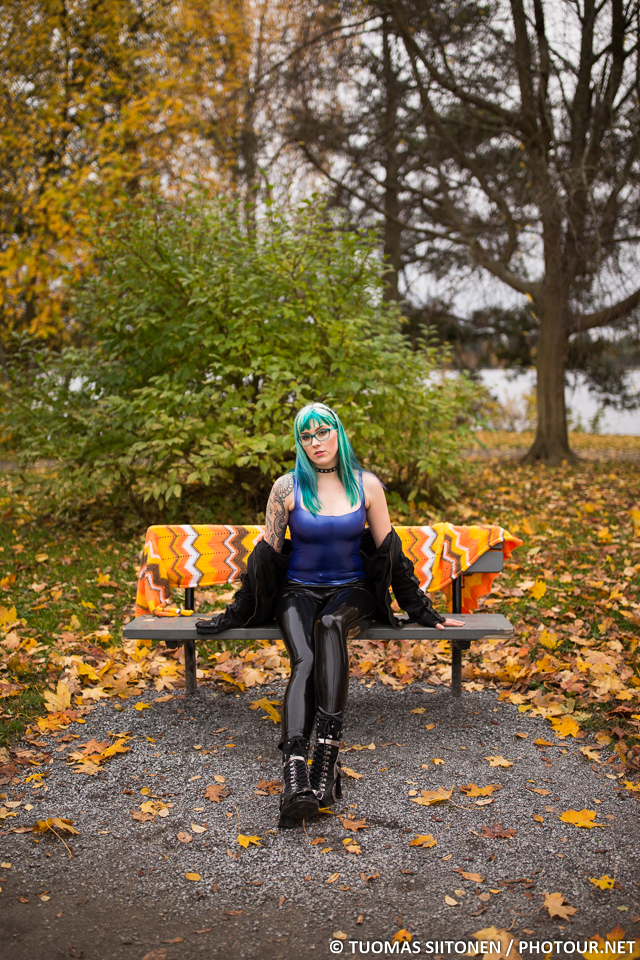 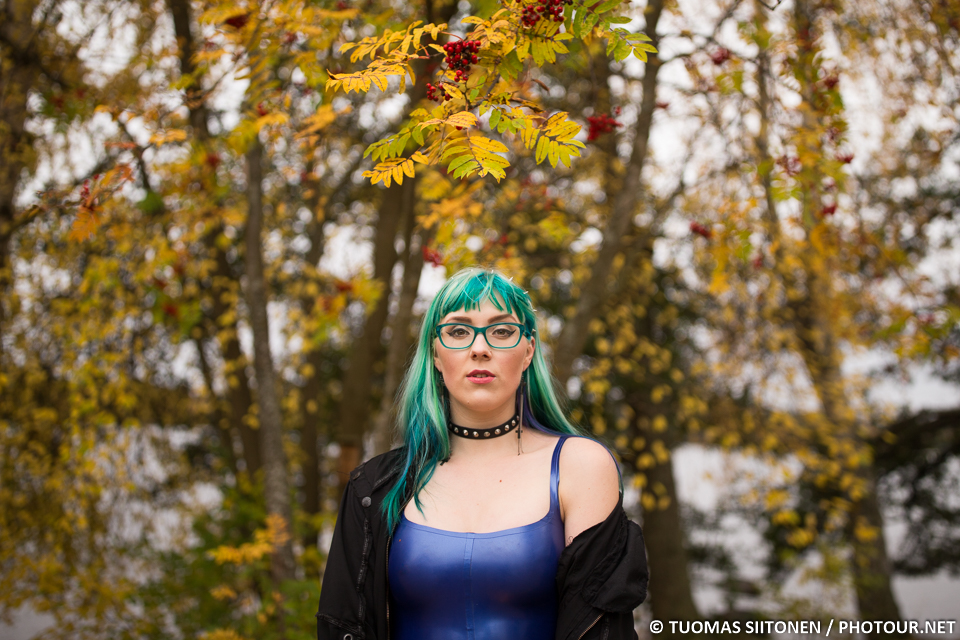 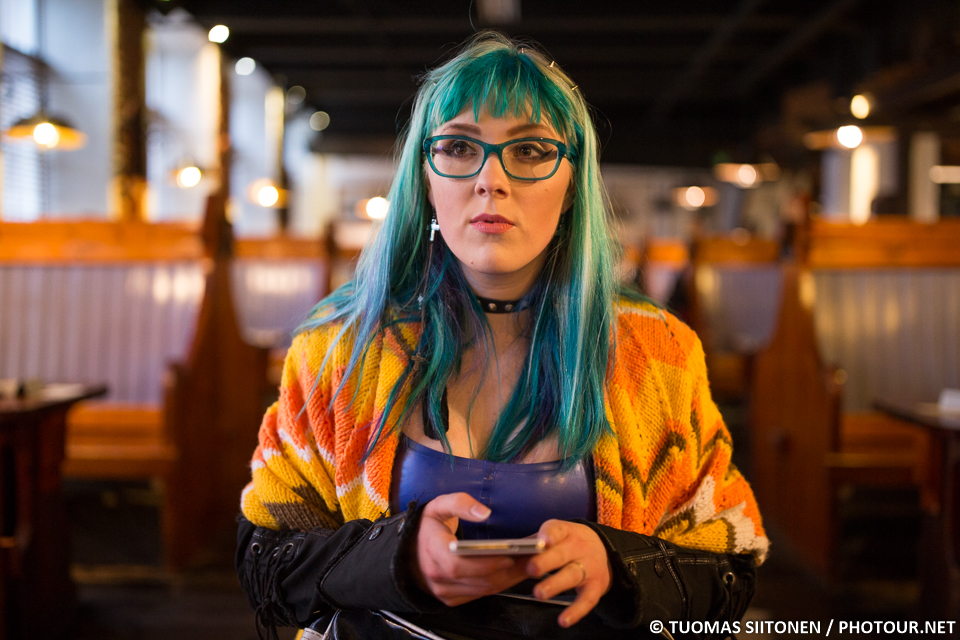