Before we start our scheduled Project L, here’s a short reminder that Project L’s Patreon has been updated with these wonderful perks:

You can support Project L’s Patreon by clicking the button below! (opens in a new window)

Project L: Part 63 – Out in the dark Helsinki

It’s been almost two years since we had a shoot with Miia. Back then we hanged around in central Helsinki and its light festival in around minus 20 degrees Celsius. Between that shoot and now we’ve both lived abroad, she in South Korea, me in Malta, and have both moved back to Finland because it’s what feels like a home.

Whenever we’re shooting with Miia, it’s cold – and if not cold, then we usually find a way of making it extremely cold. Like throwing Miia in a cold lake or something. Today was not an exception. This was especially amplified with the fact that Miia’s catsuit was just a bit too large for her; the Fantastic Rubber’s neck-entry catsuit was made-to-measure for someone else and has been hanging in my latex collection, unused for about two years now. But knowing that Miia has previously worn latex and that her body type was quite close to the measurements of the suit’s original owner, we decided to give it a go.

Miia was quite sceptical about fitting into the suit just through the neck hole, but was also curious about how the suit would feel like. The suit was thoroughly lubed to squeeze into it, and it worked out quite well; “It just slid on, way easier than a zippered suit had”, she explained after just a few minutes of struggling. “I just pulled it on and everything just got into its place”.

Admittedly, the suit was just a bit too large, leaving few pockets of air here and there. If this was summer time with decent weather, this would not be an issue at all, but when it’s winter and you’re constantly going in and out to cold weather and warm car, you’re sure to sweat in the suit inside and feeling the breezing, zero-degree Celsius wind chilling that sweat when you’re outside.

Shooting on a Friday, one would think that there would be people out, celebrating or otherwise finding ways to get their brains wasted with intoxicating substances. Or so I thought, thinking back to Malta and its outgoing people. When it’s cold – that’s about 70% of the Finnish Fridays – people tend to stay inside their homes and drink cheap booze bought from Estonia, or lately from Latvia due to the fact that Estonia has lifted up its taxing on alcohol.

We headed off to Puu-Kallio in Helsinki to capture some old wooden houses within the orange illumination of street lights. Despite quite a few people living in the area, we met only one or two people. It’s just too cold, wet and dark to be outside. Miia was shivering from the wind, especially when she stripped off her jacket. This was a necessary sacrifice, though, in order to show the shine of the latex in dark.

From Puu-Kallio we headed to Puu-Vallila, which we just promptly ignored due to its lack of any proper lights; instead we drove off to a park in between Vallila and Kallio and Miia took out her LED-illuminated pois and started spinning away. I, being the lazy and absent-minded jerk I usually am, forgot to take my tripod and an external flash to seize the means of prod… I mean to seize the movement of Miia, while leaving the LEDs spinning on a long exposure.

I did my best to stay still and utilise the ambient lights of Kallio to freeze Miia and let her pois to act as a frame and to keep everything together without blurring things with a long-ass shutter speed of third of a second.

Taking in accord of the lighting conditions, I think I did well. I could’ve done so much better with not forgetting to take my things with me, but when something doesn’t work, you work with that.

After the photoshoot we shot an interview with Miia, as that’s been requested multiple times within the recent months. My supporters on Patreon can access an uncut version of this interview as soon as I’ve finished it, others will have to wait few weeks for a cut, shorter version of it.

Yeah, alright, that’s enough of advertising Patreon. But it really helps me pay my bills and to continue the project! I’m now doing Project L full time and Patreon is my only monetary income. 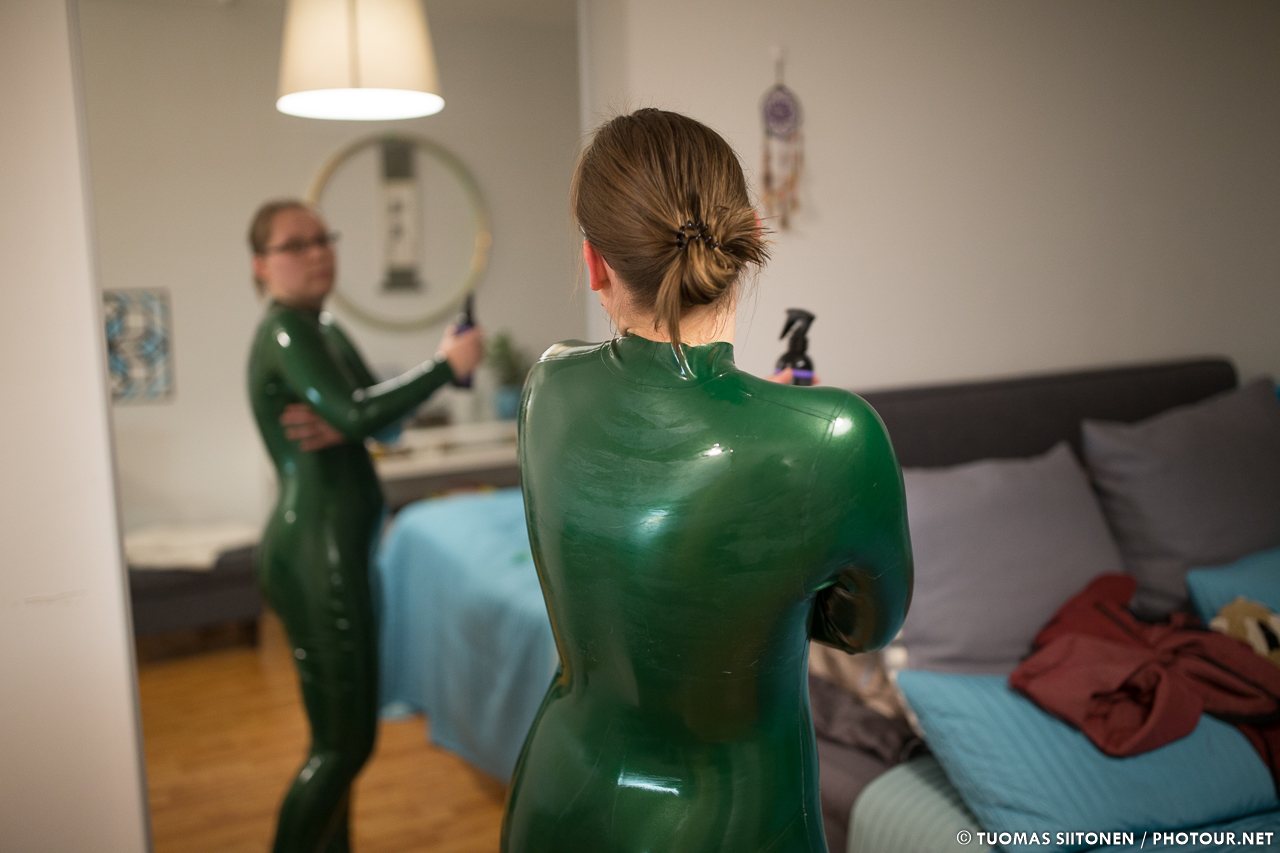 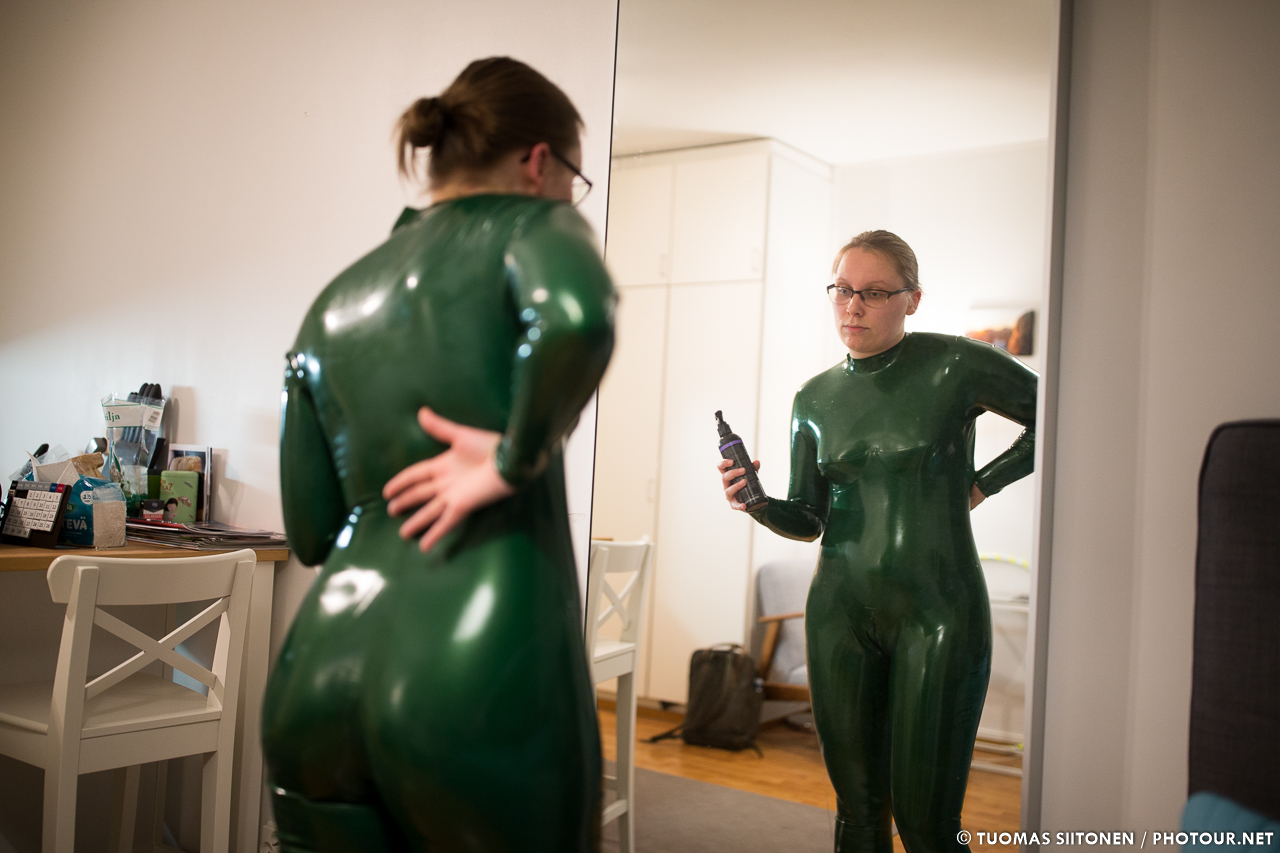 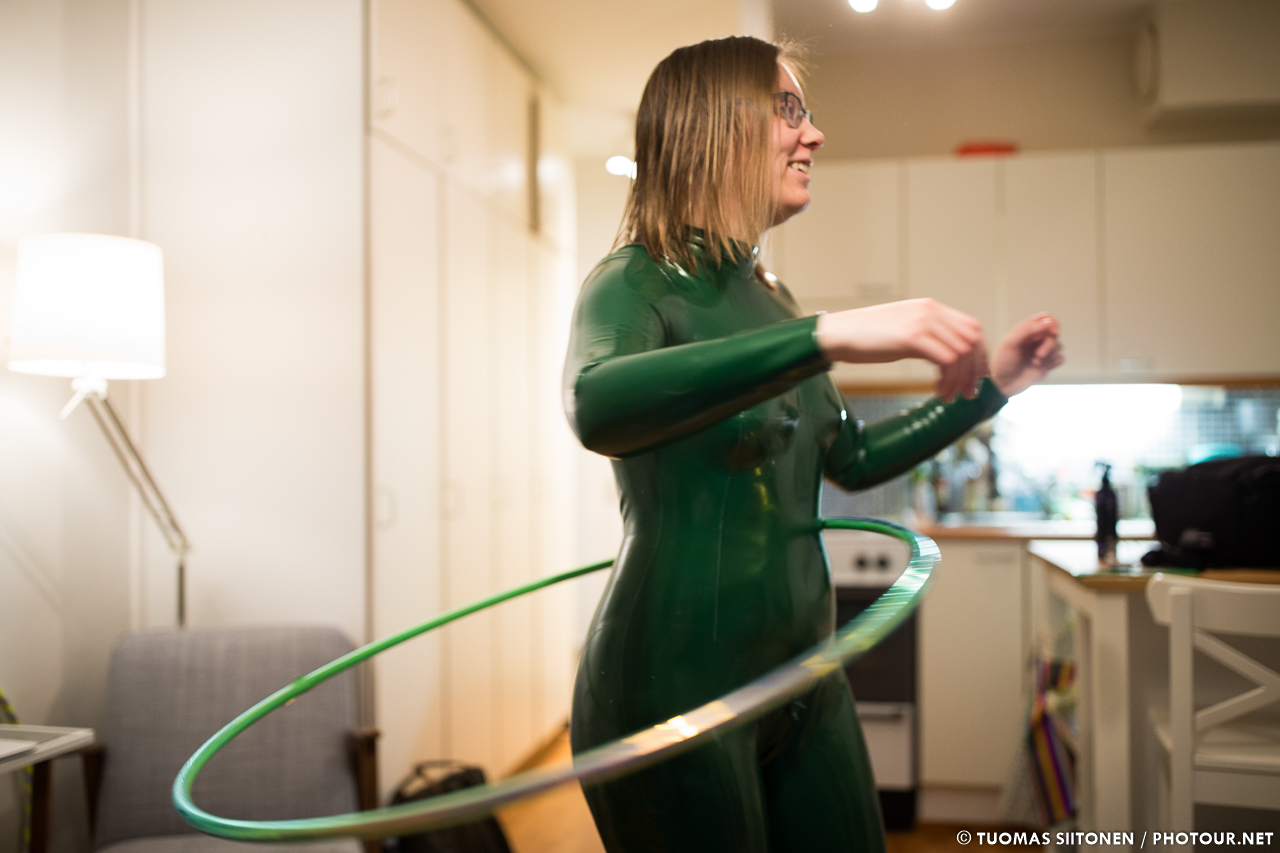 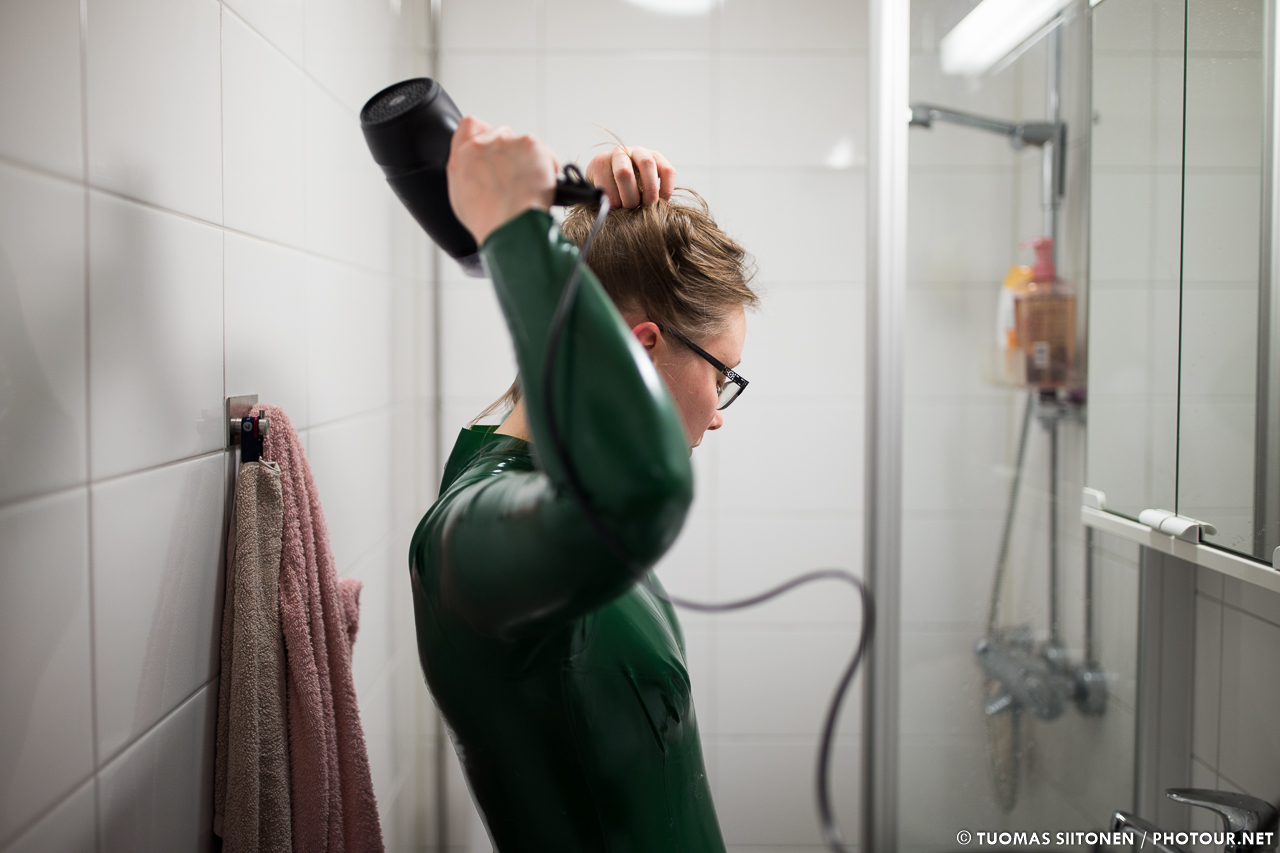 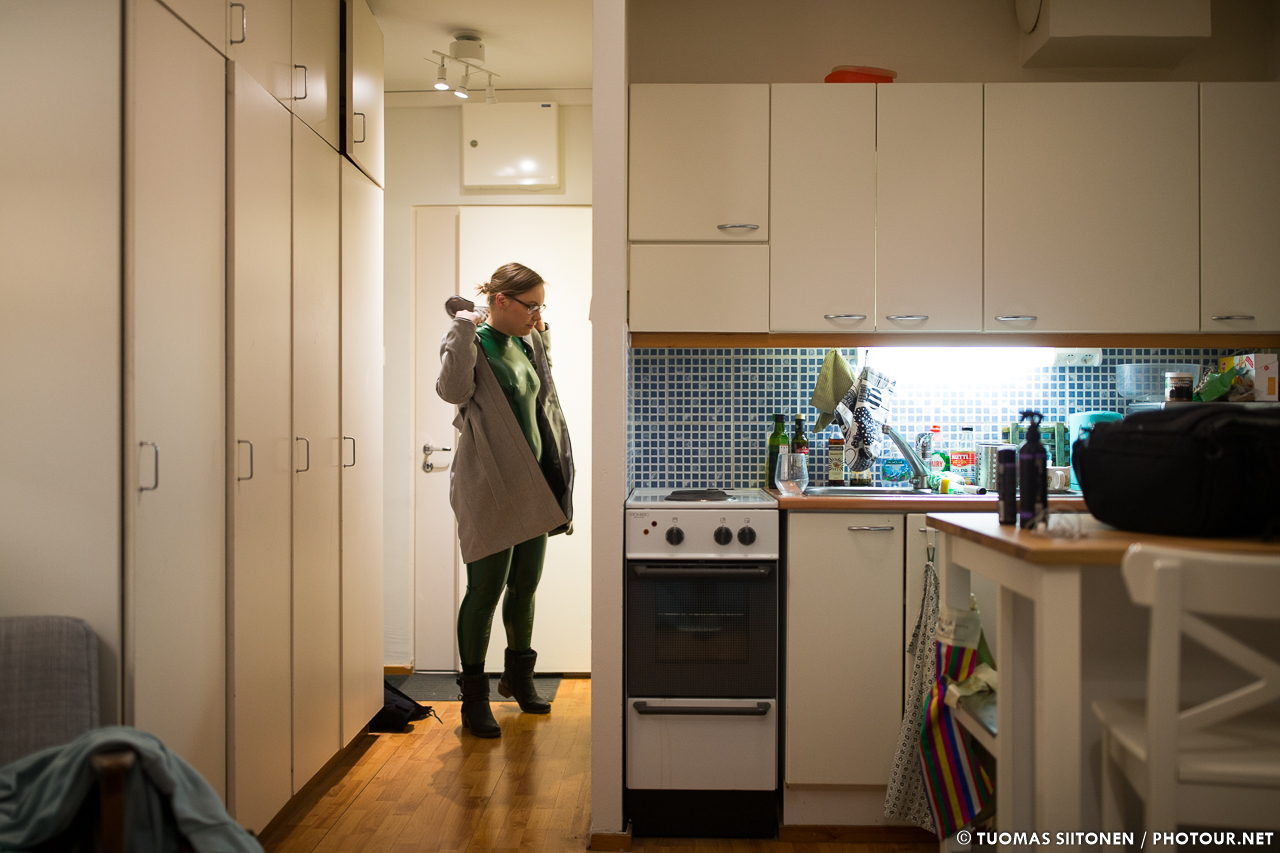 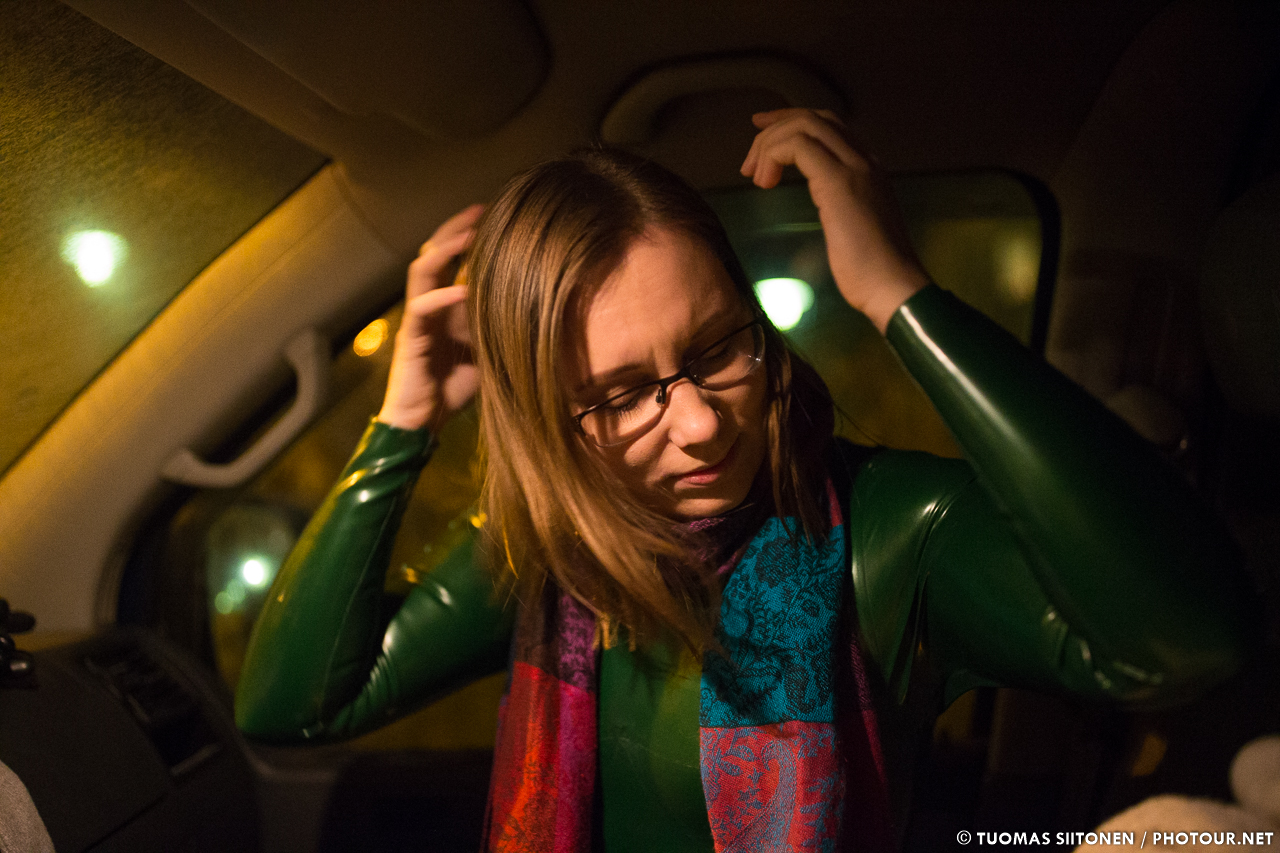 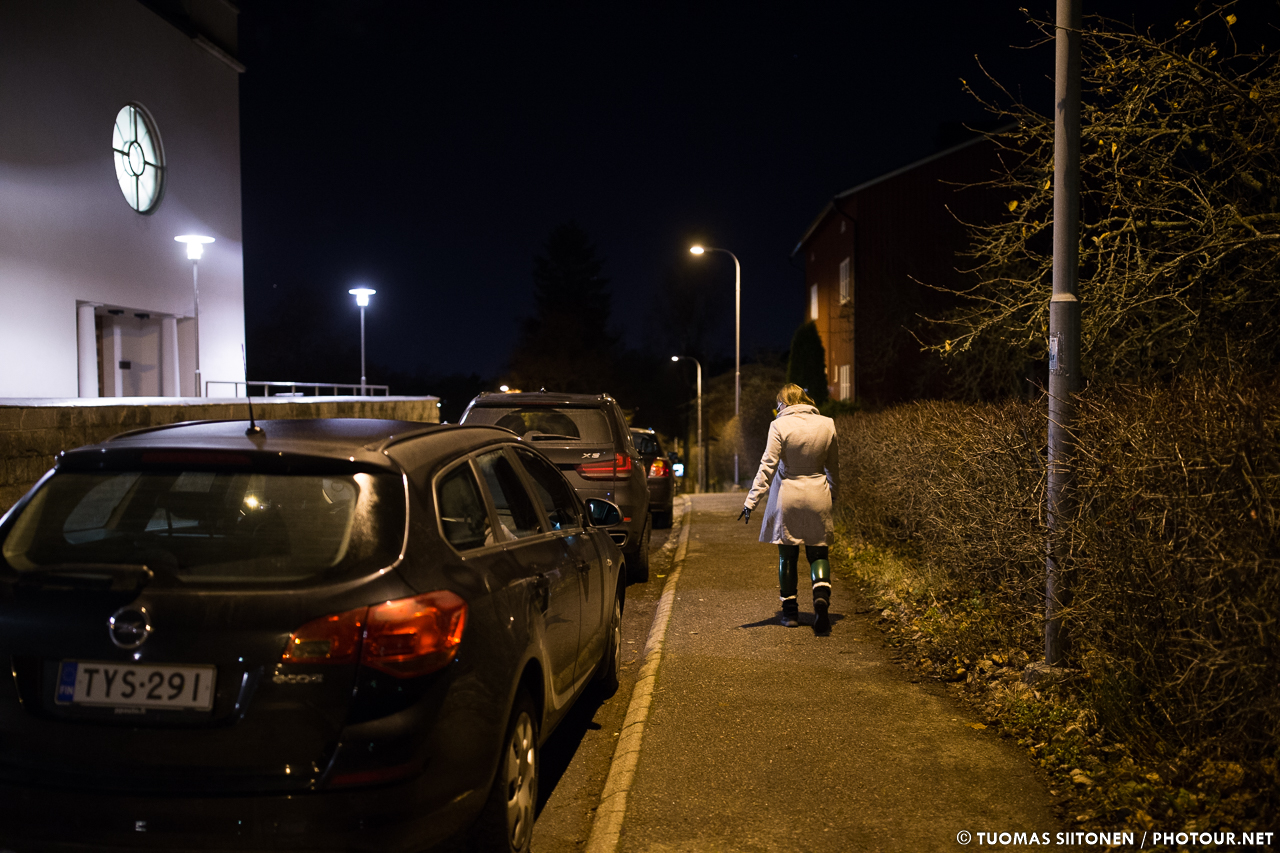 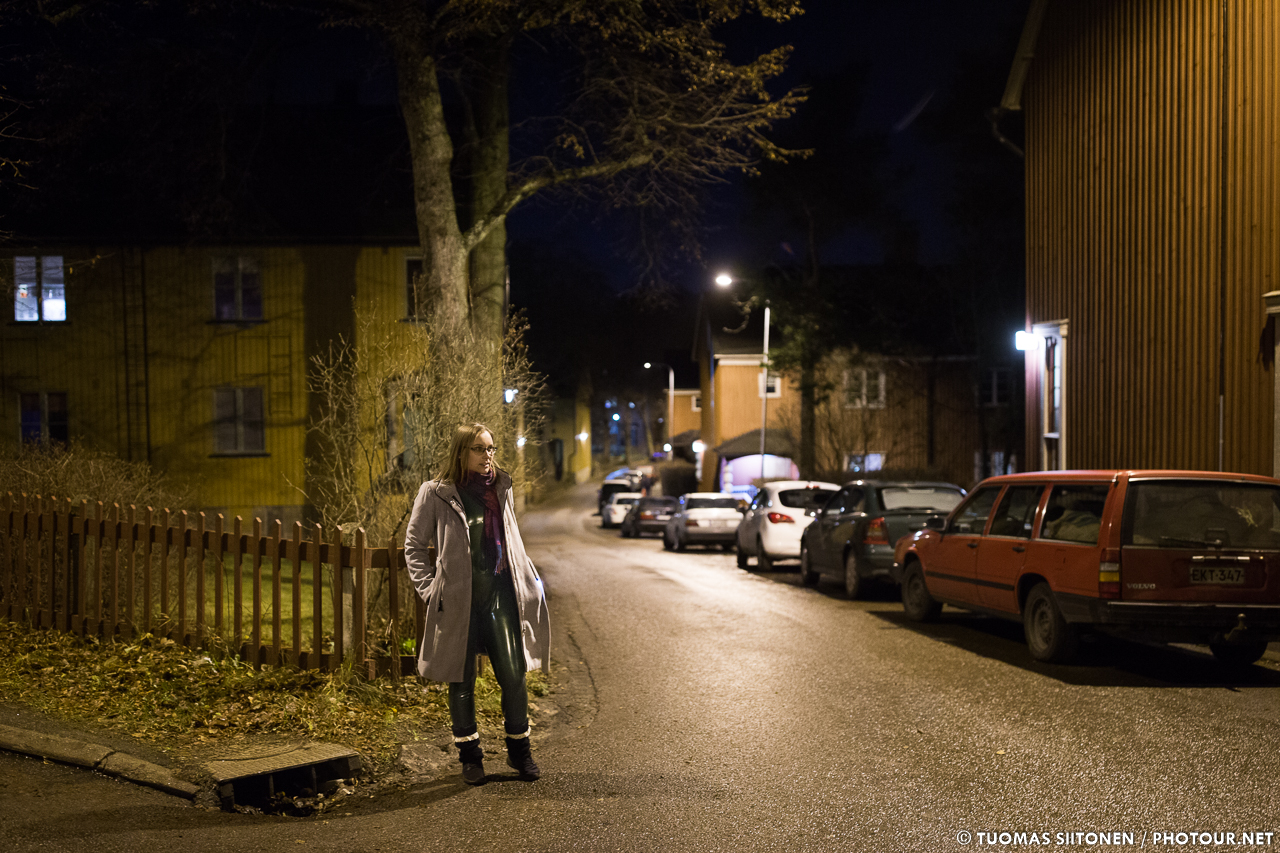 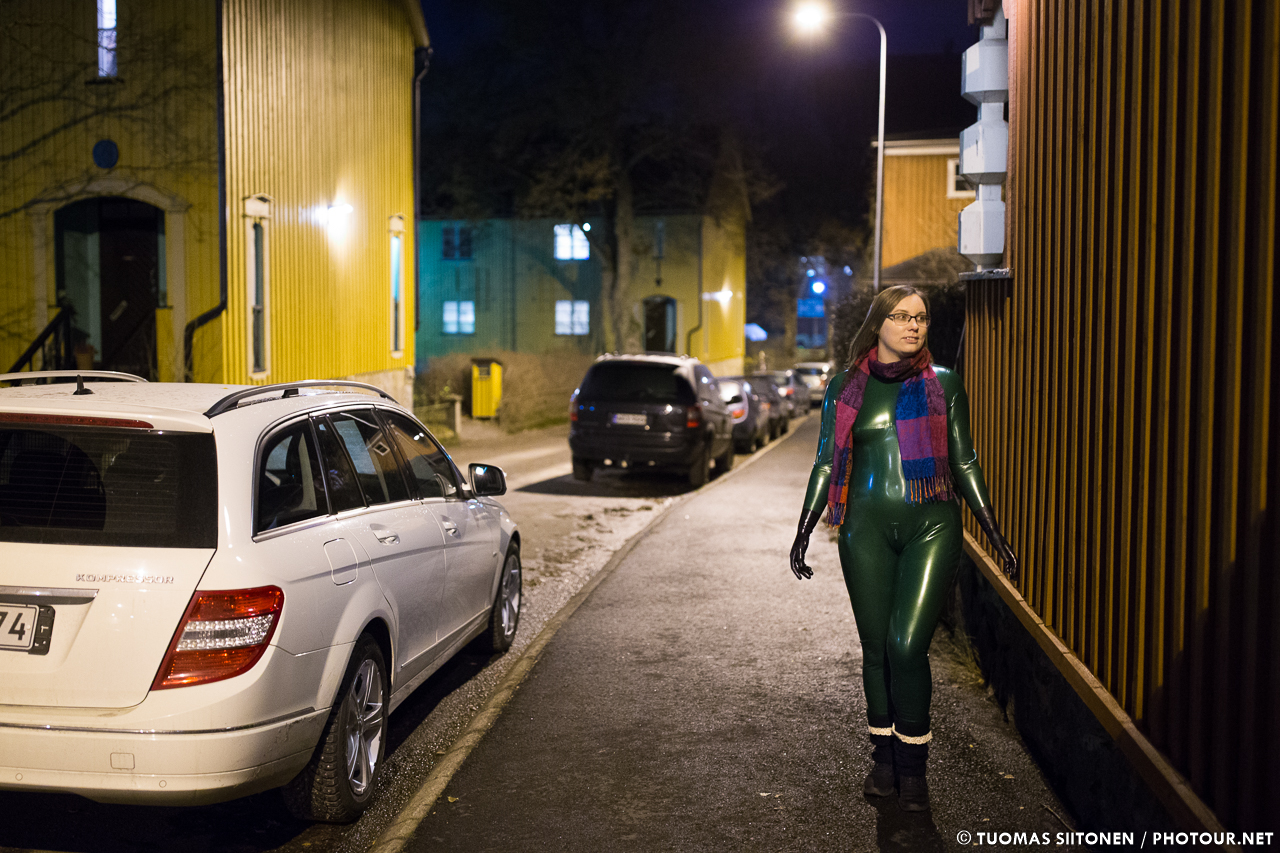 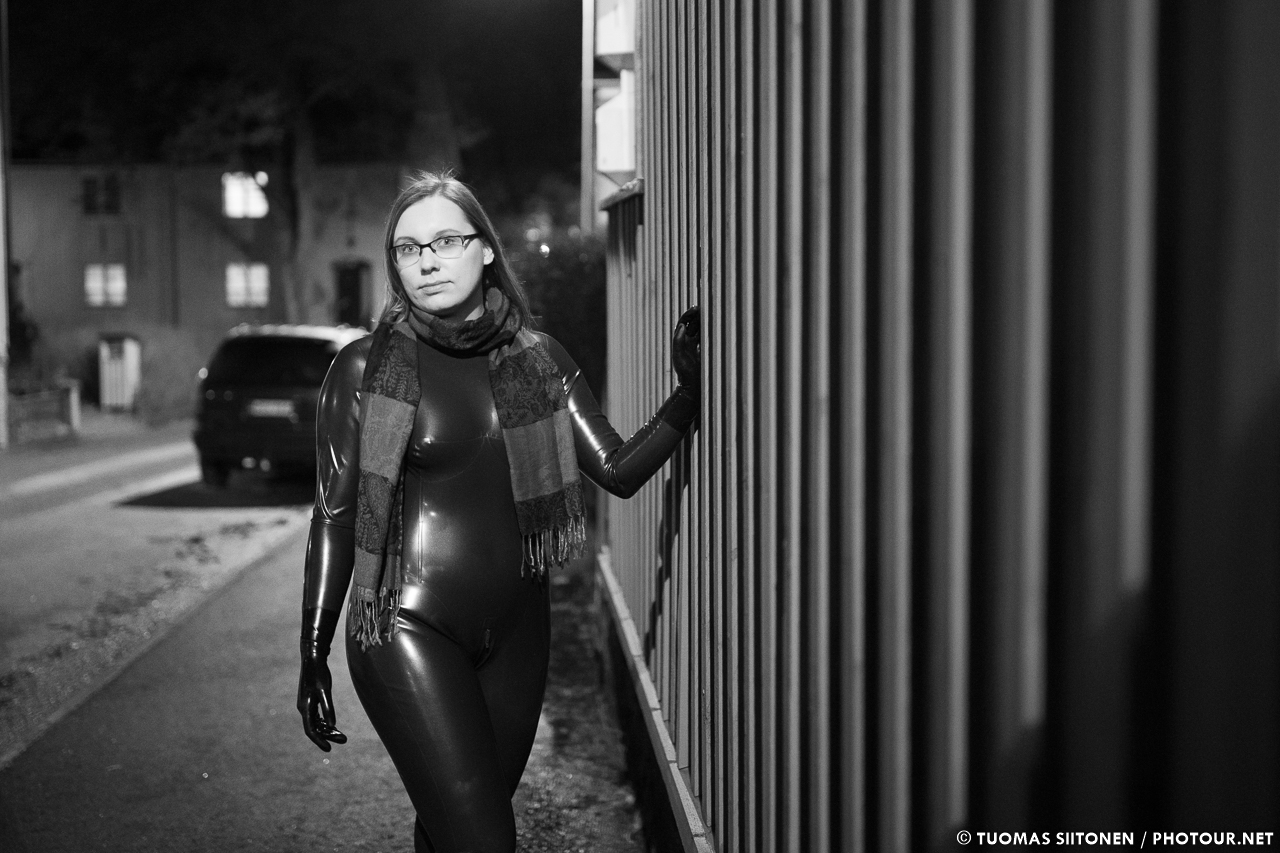 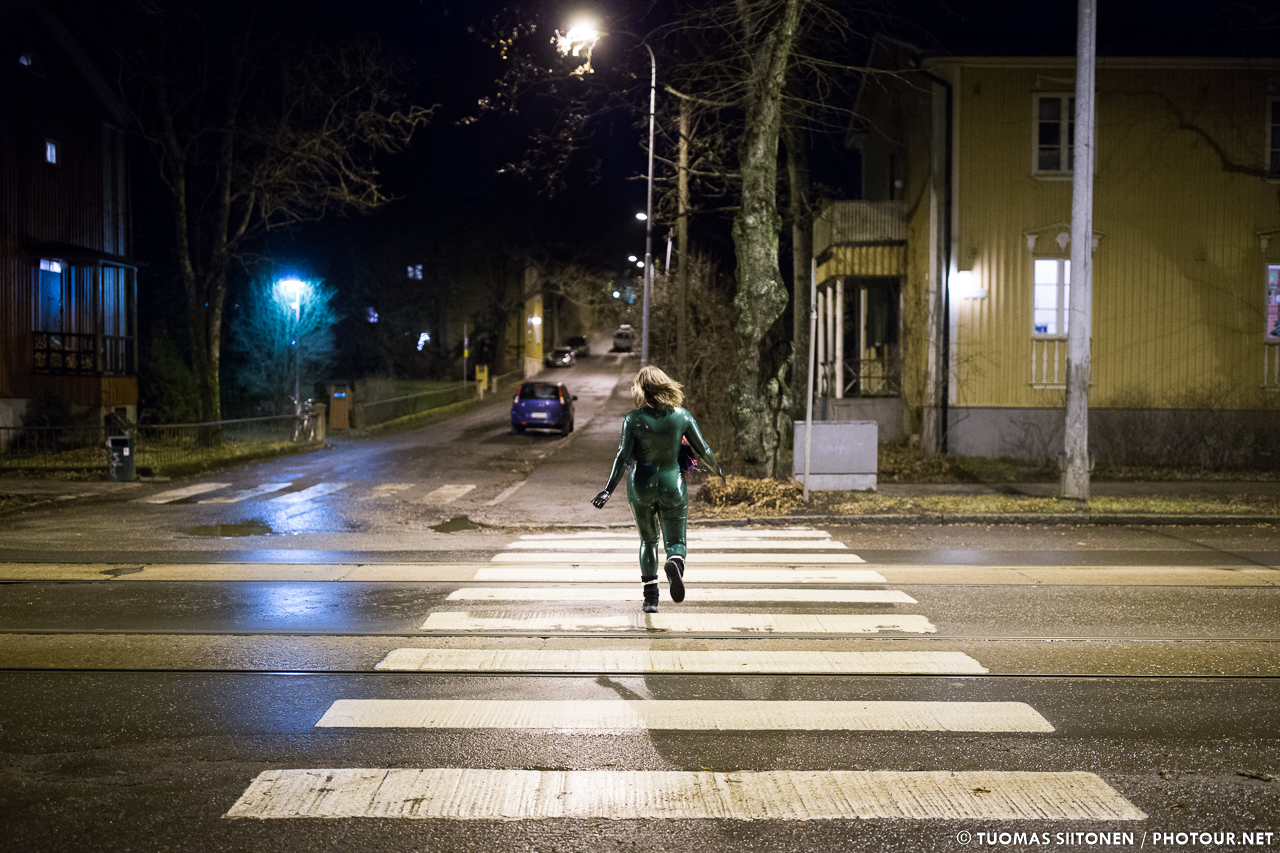 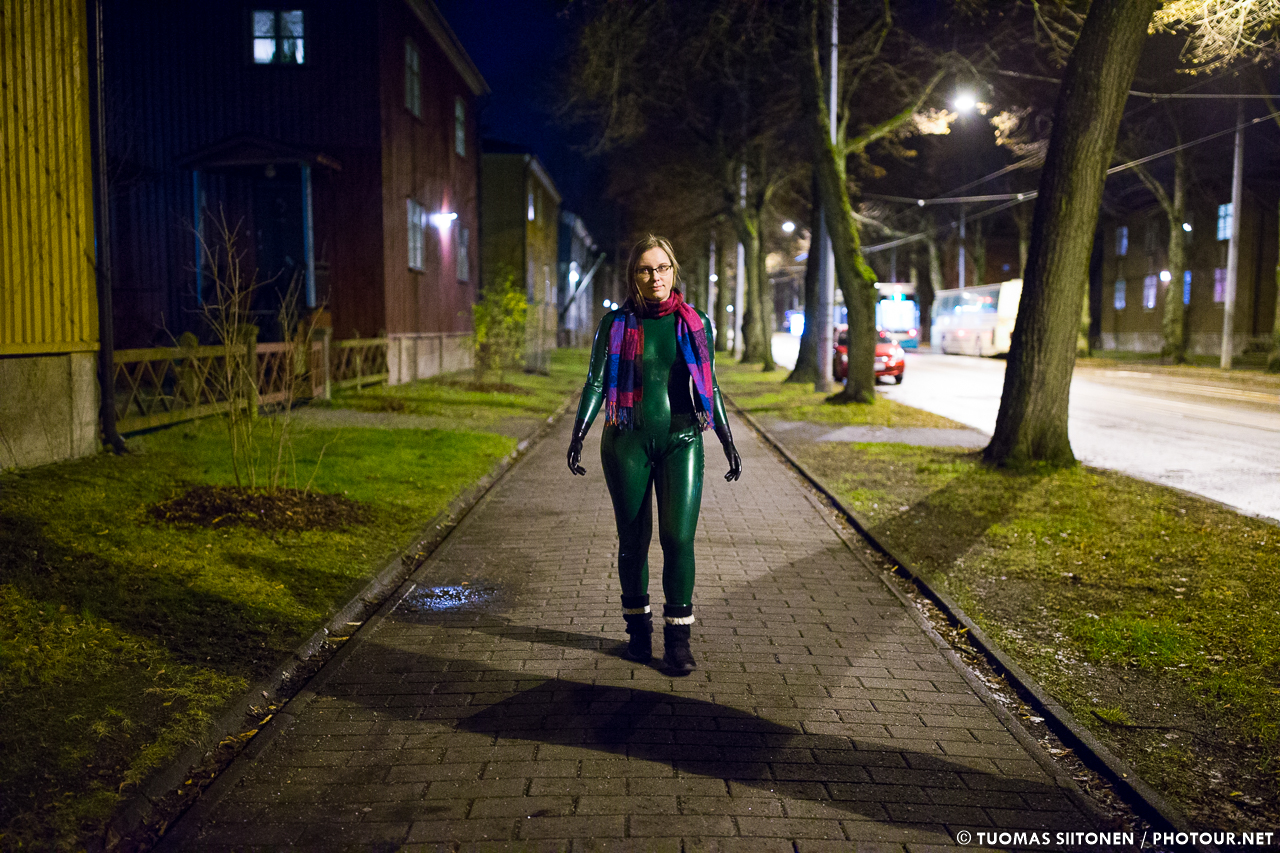 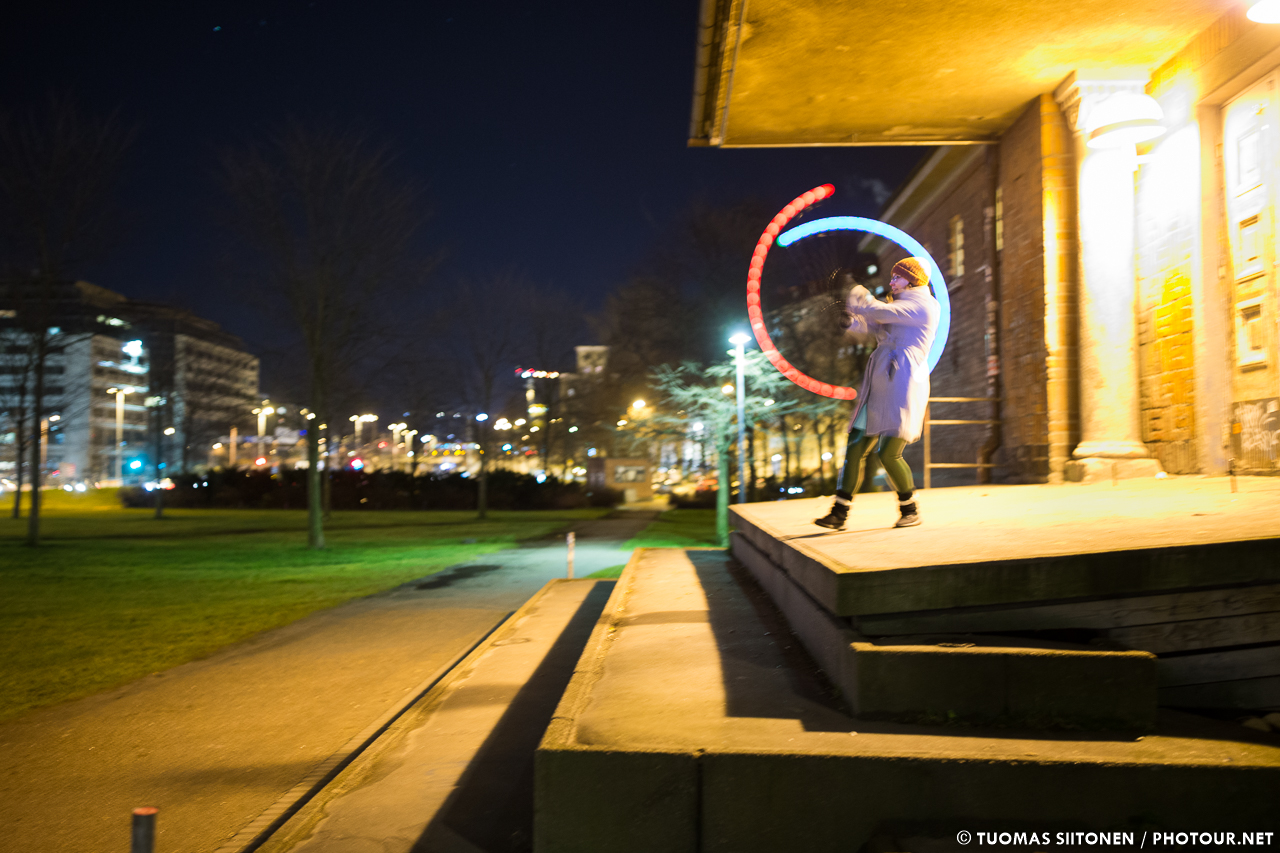 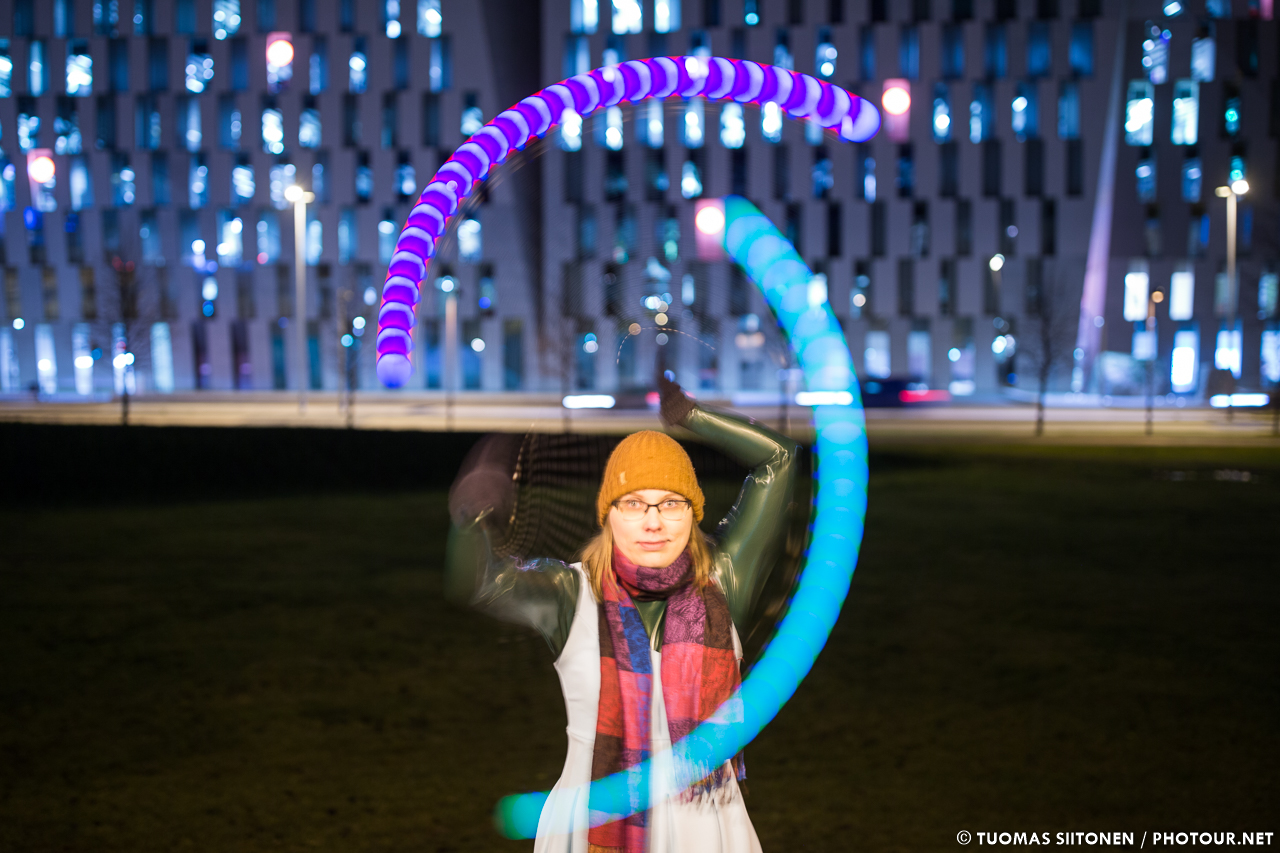 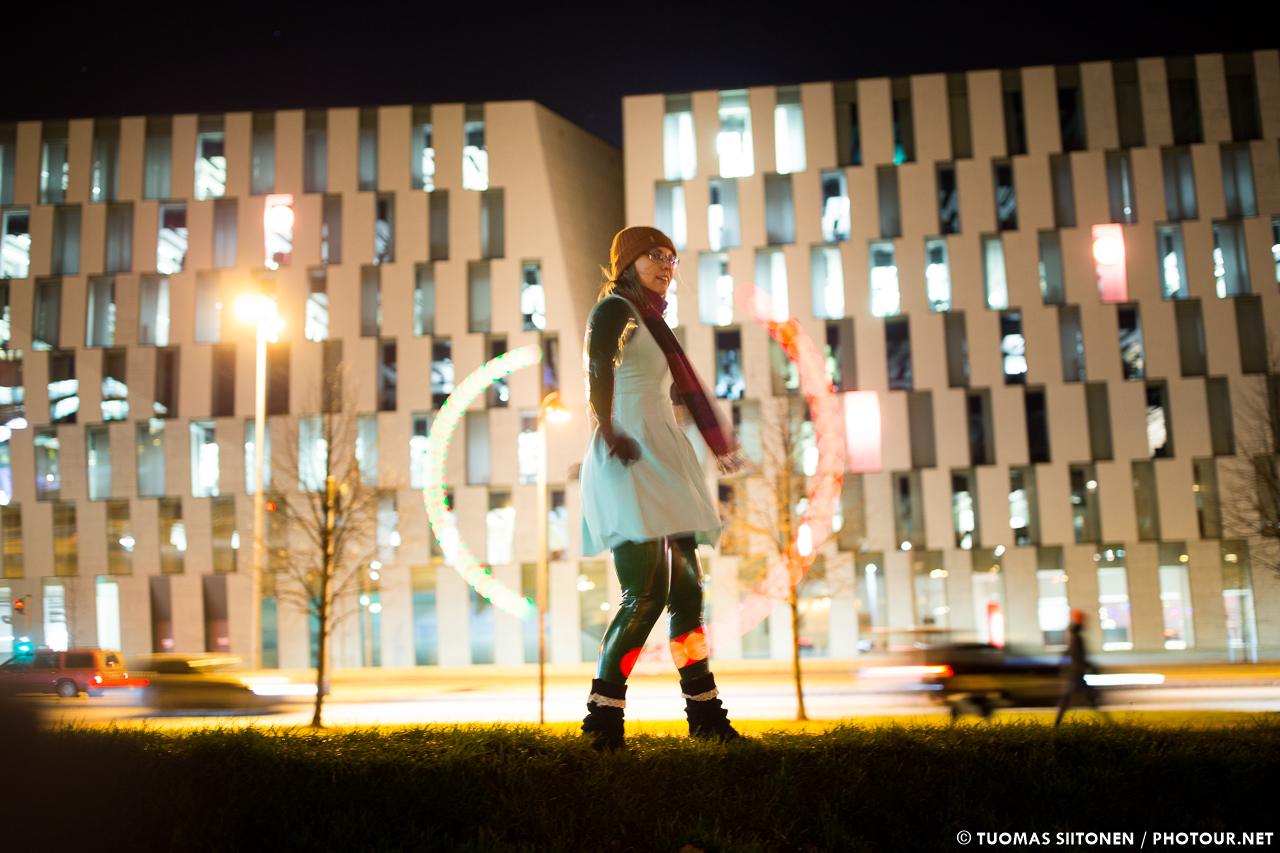 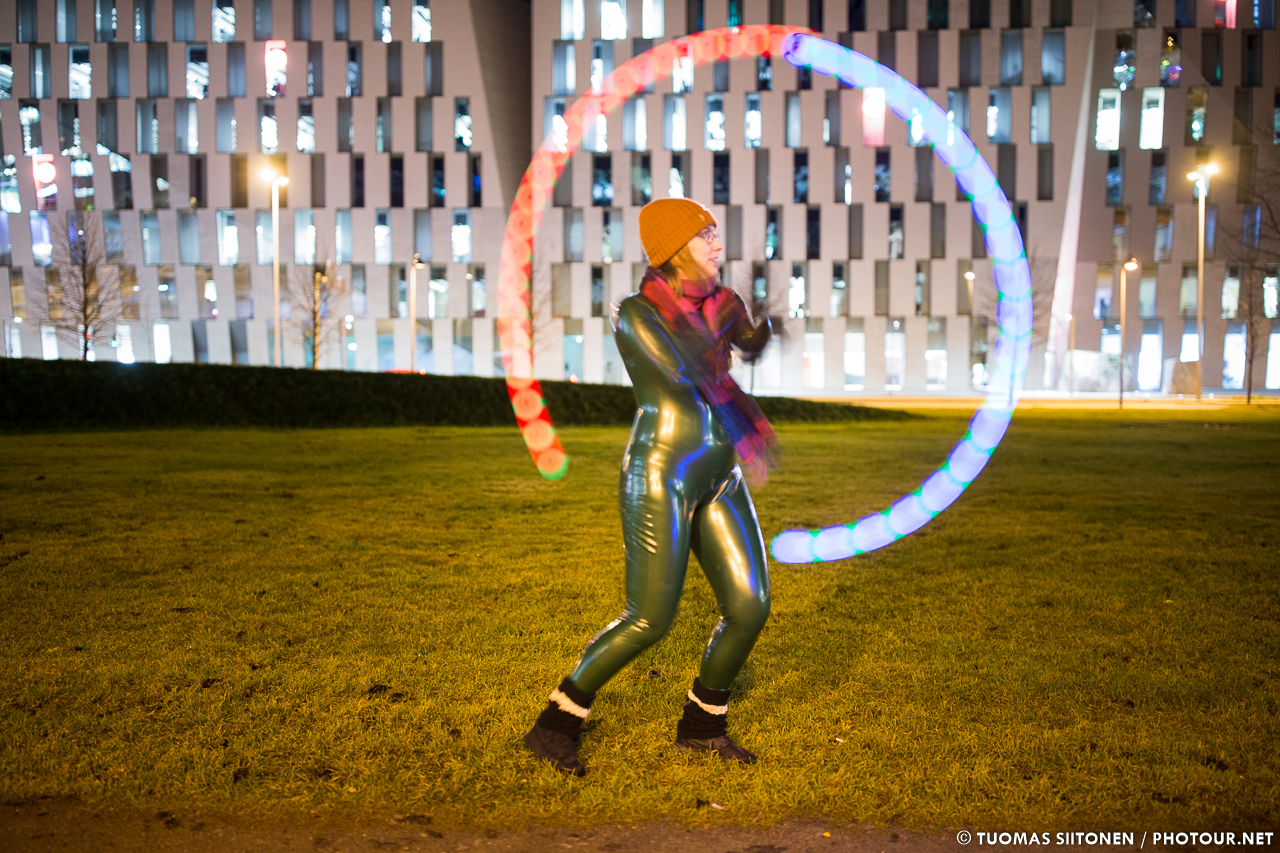 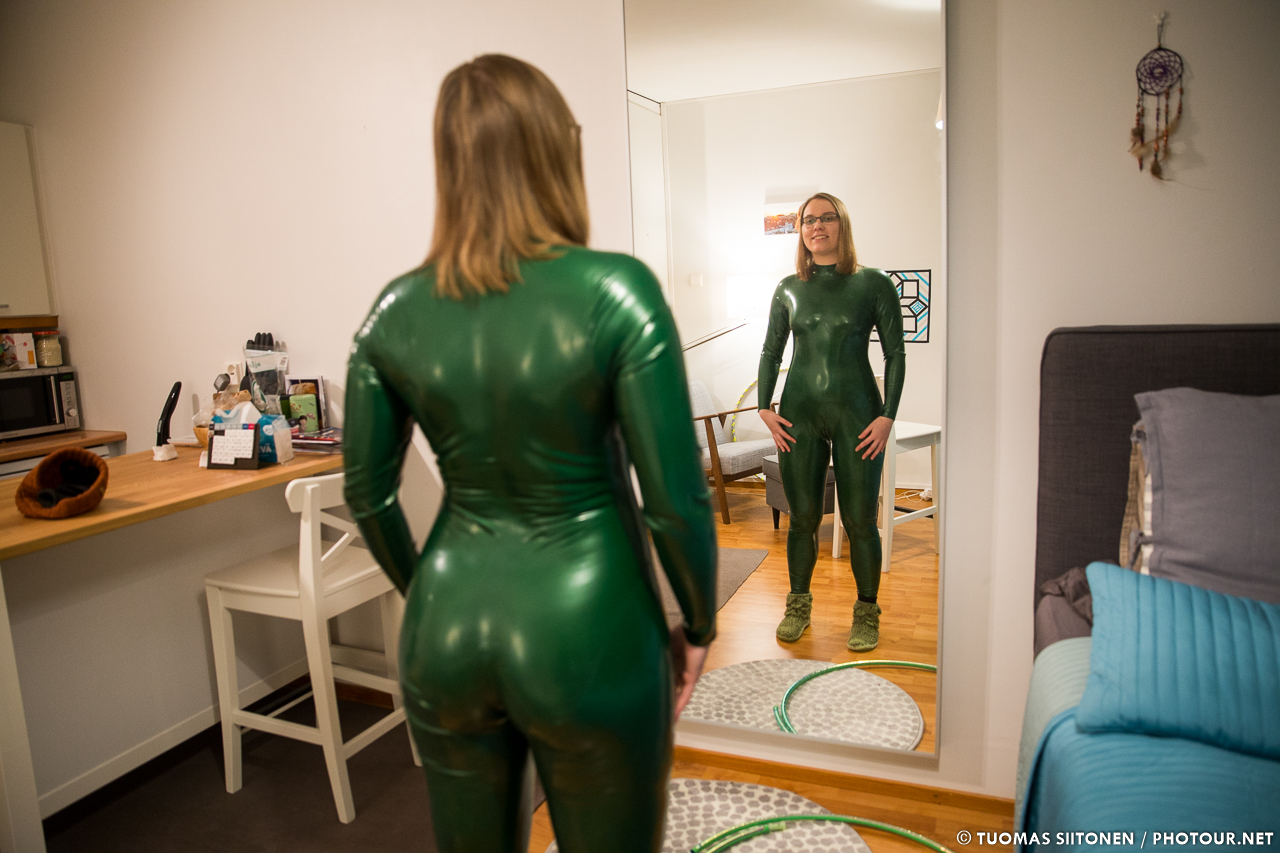